Russian forces, despite the losses in manpower and equipment, managed to advance south of Bakhmut. It’s becoming clear that the enemy is trying to cut the Ukrainian supply roads and at least partially encircle Ukrainian troops defending the town.

All other fronts remain without any change, Ukrainian troops managed to repel Russian attacks. 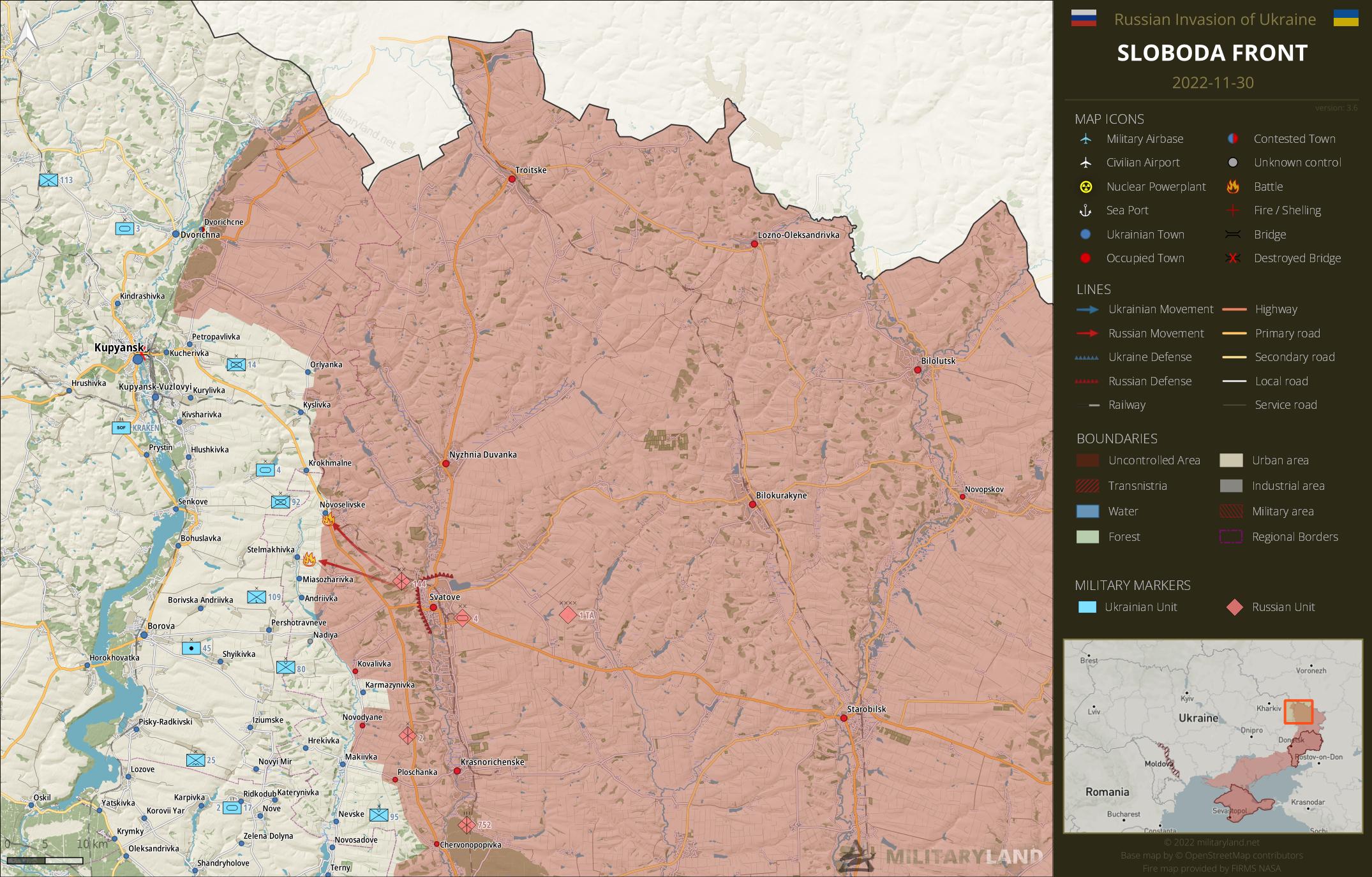 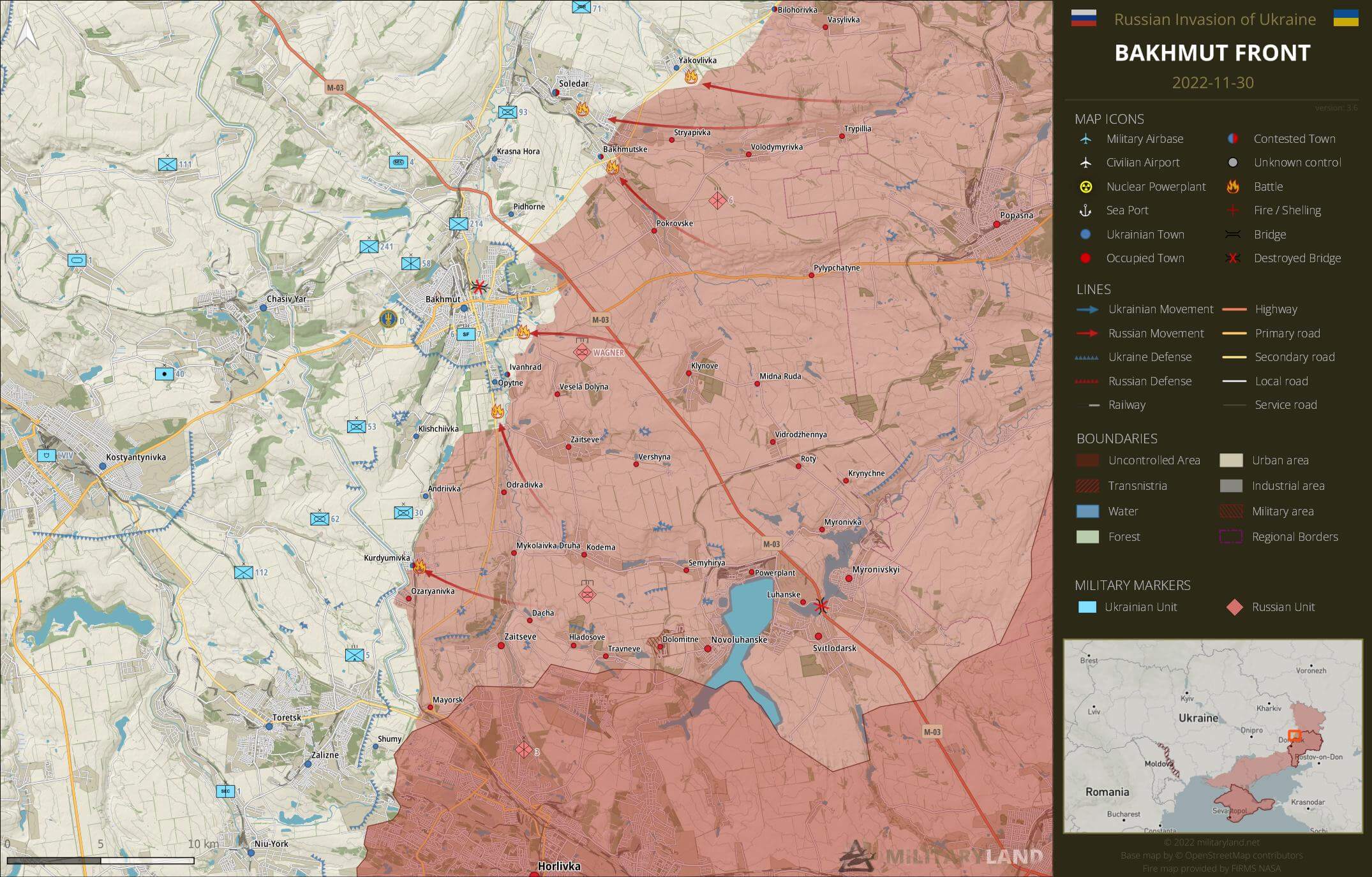 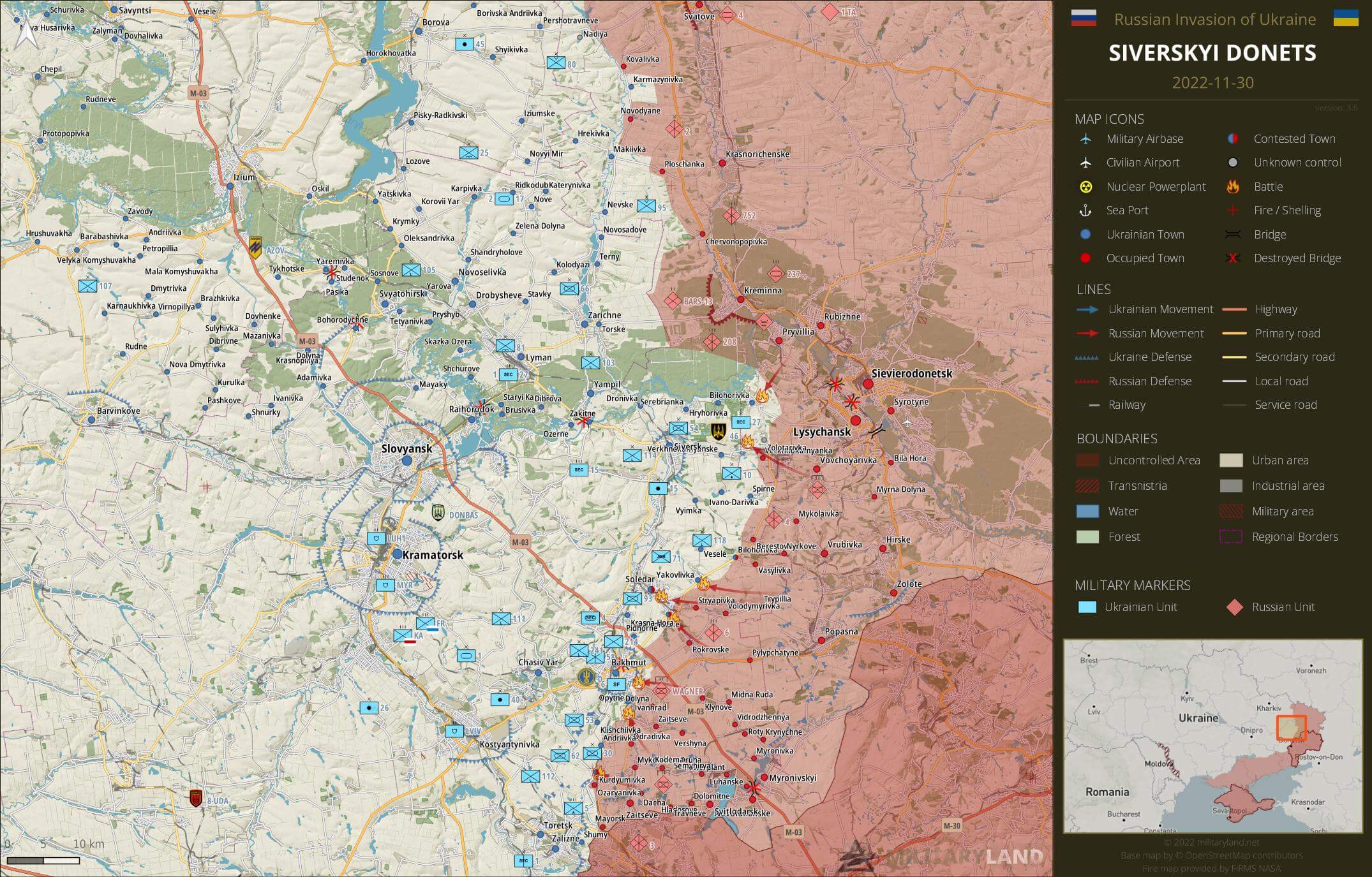 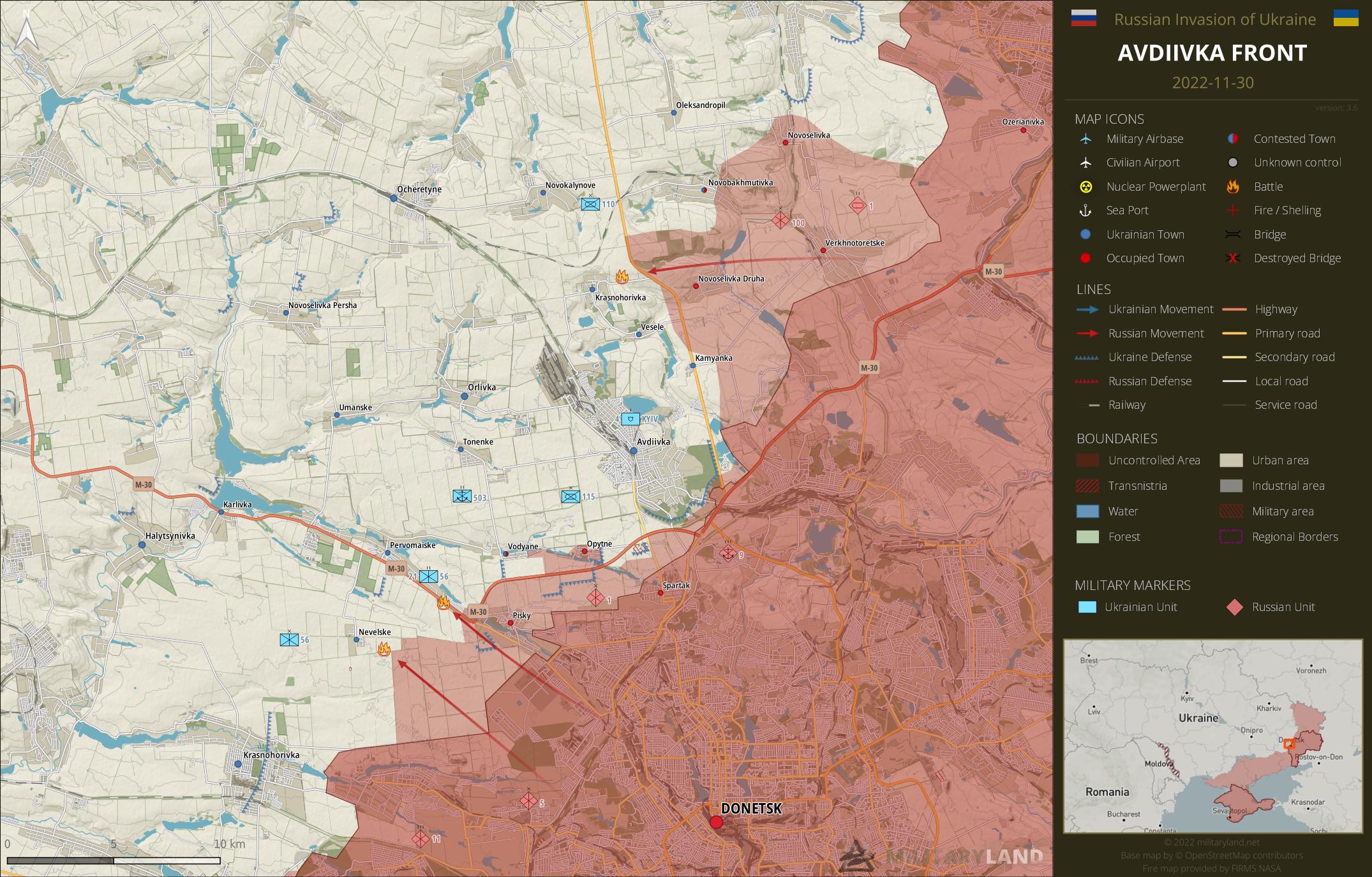 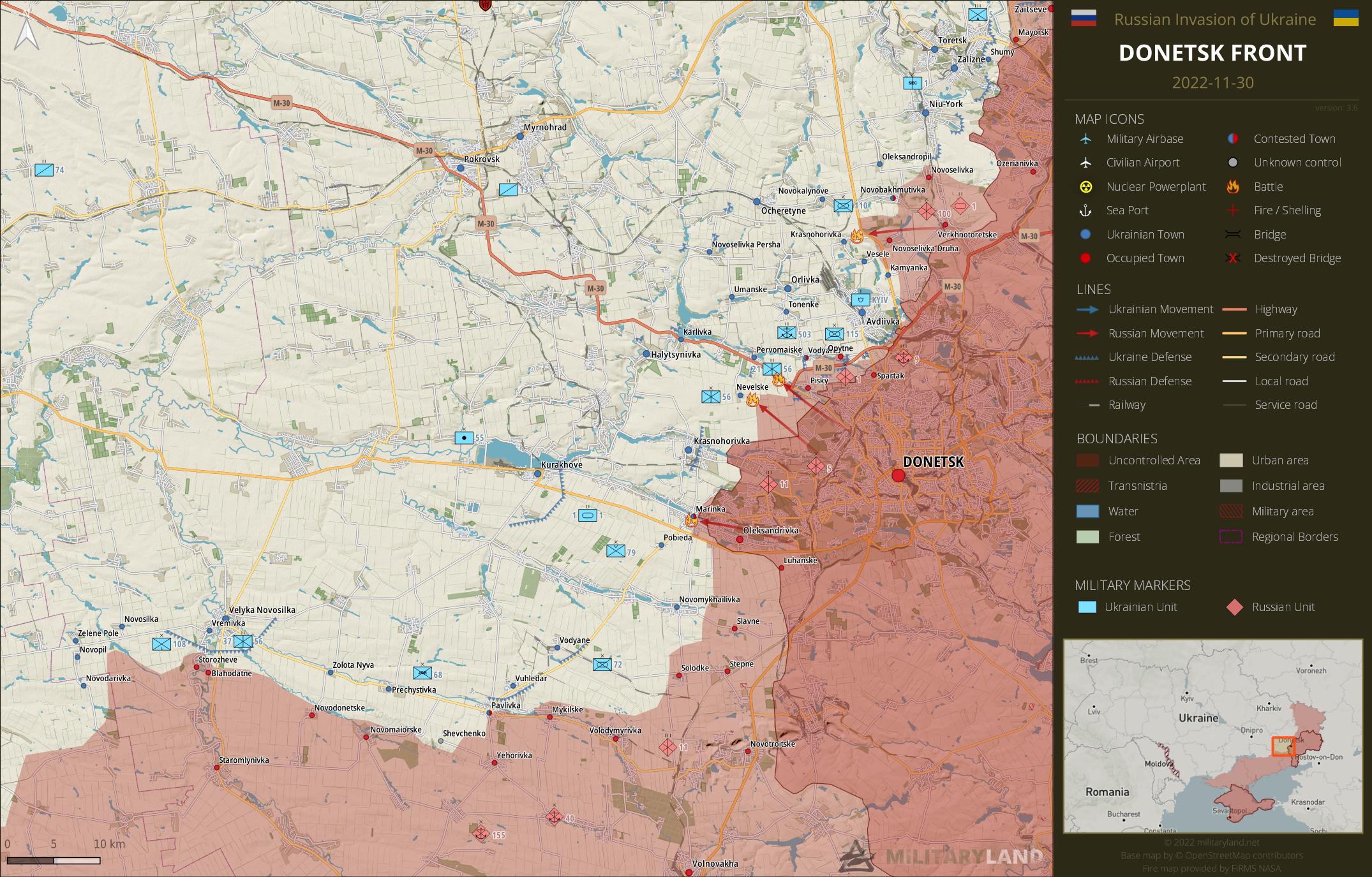 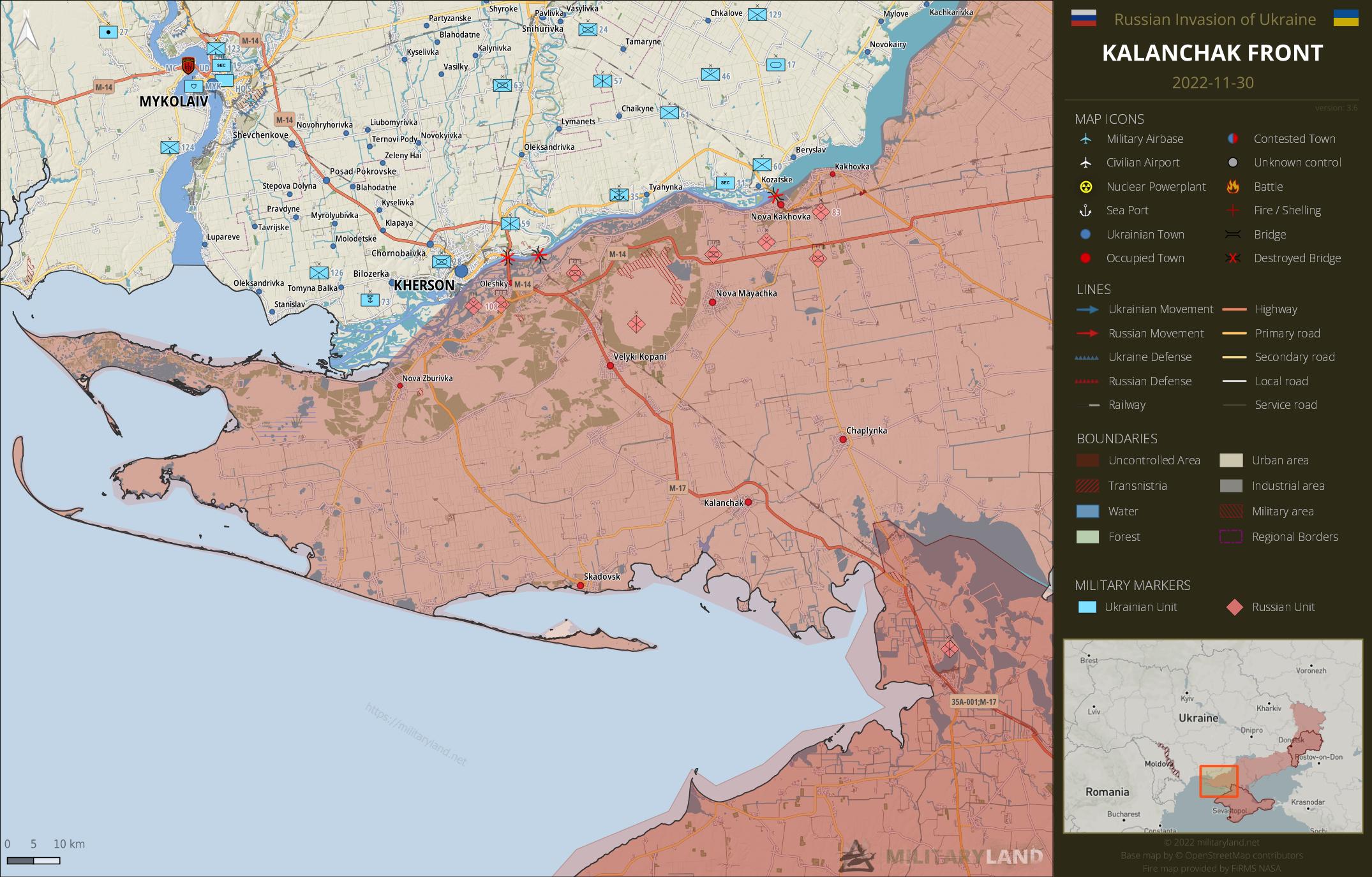 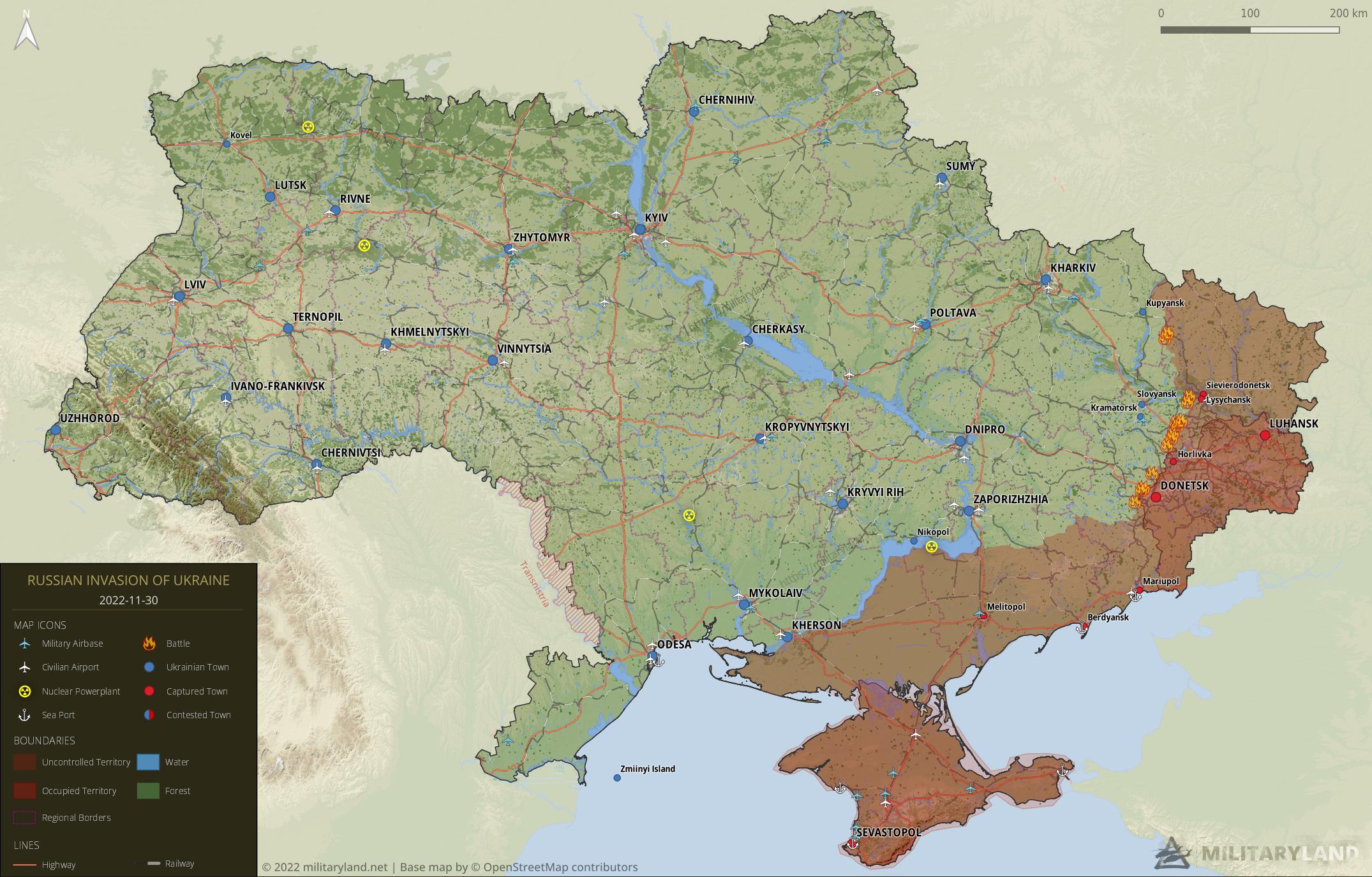 The Ministry of Defense of Ukraine reports that the 120th Territorial Defense Brigade (from Vinnitsa) is now in the Kyiv region and is defending the border – official telegram channel : https://t.me/ministry_of_defense_ua/3447

1) OC North added, it somehow disappeared through the invasion.
2) I need to find more about the OTG Sumy, will take a while.

3) Move the 119th and 117th brigades of the territorial defense of Chernihiv and Sumy regions to the border, as in the western regions of Ukraine.
4) Add to https://militaryland.net/ukraine/armed-forces/ 67-SMBr of the Armed Forces of Ukraine. Large Ukrainian telegram channels showed photos from the training of one of the mech. battalions of this brigade. I can find them if needed.

I’m still not convinced about 67th Mech. I’ve not found any reliable information about the existence. I don’t deny it, but until we find some better info, I cannot place it there.

It has been weeks without any changes on some fronts but on Telegram or Liveuamap you can guess and observe advancements…. why does it not appear here on the maps ???
Did someone tell you not to communicate ?

No idea what you’re talking about.

According to Alexei Arestovich, the “Legion Freedom Russia” is fighting near Bakhmut – https://youtu.be/JhmliAhNDWg?t=623

November is the by far worst month concerning losses in personnel. There is also a considerable down tick in equipment lost.
Russia stopped using aircrafts and helicopters.
Ukraine reports shooting down of 285 cruise missiles in the last two months, 246 in the 7 befor.
Numbers:
https://militaryland.net/forum/russian-invasion-2022/russian-monthly-losses-as-reportet-by-mod-of-ukraine/#post-394

So RU has lost round 30K troops since beginning of October, in battles south and north of Bakhmut, must agree with ISW — Russia has learned nothing; repeating the mistakes from summer when continuous attacks broke the back of the RU army, forcing Putin’s panicky choice to draft 300K; now RU is wasting those with impress speed – soon again RU shall lack bodies facilitating another Ukr. offensive.

They will keep mobilizing. Russia is going down the ‘totaler krieg’ path. There are two questions left: 1) can ukraine still win anyways?, which is a function of western support and 2) whole long can russia handle total war? This way or the other ukraine will win in the end.

Putin clearly studying Stalin. Numbers on foot not any more quality in itself.

Ukr losses a very high too, even according to Ursula Van def Leyden. I don’t understand why it is a taboo subject . Ukr sends a lot of reinforcements to Bakhmut, mostly new recruits without formation. Also munitions begin to miss for western artillery.

Ua report shelling in zahirne for the second consecutive day.

Small advance in direction to polohy? And myrne is free?