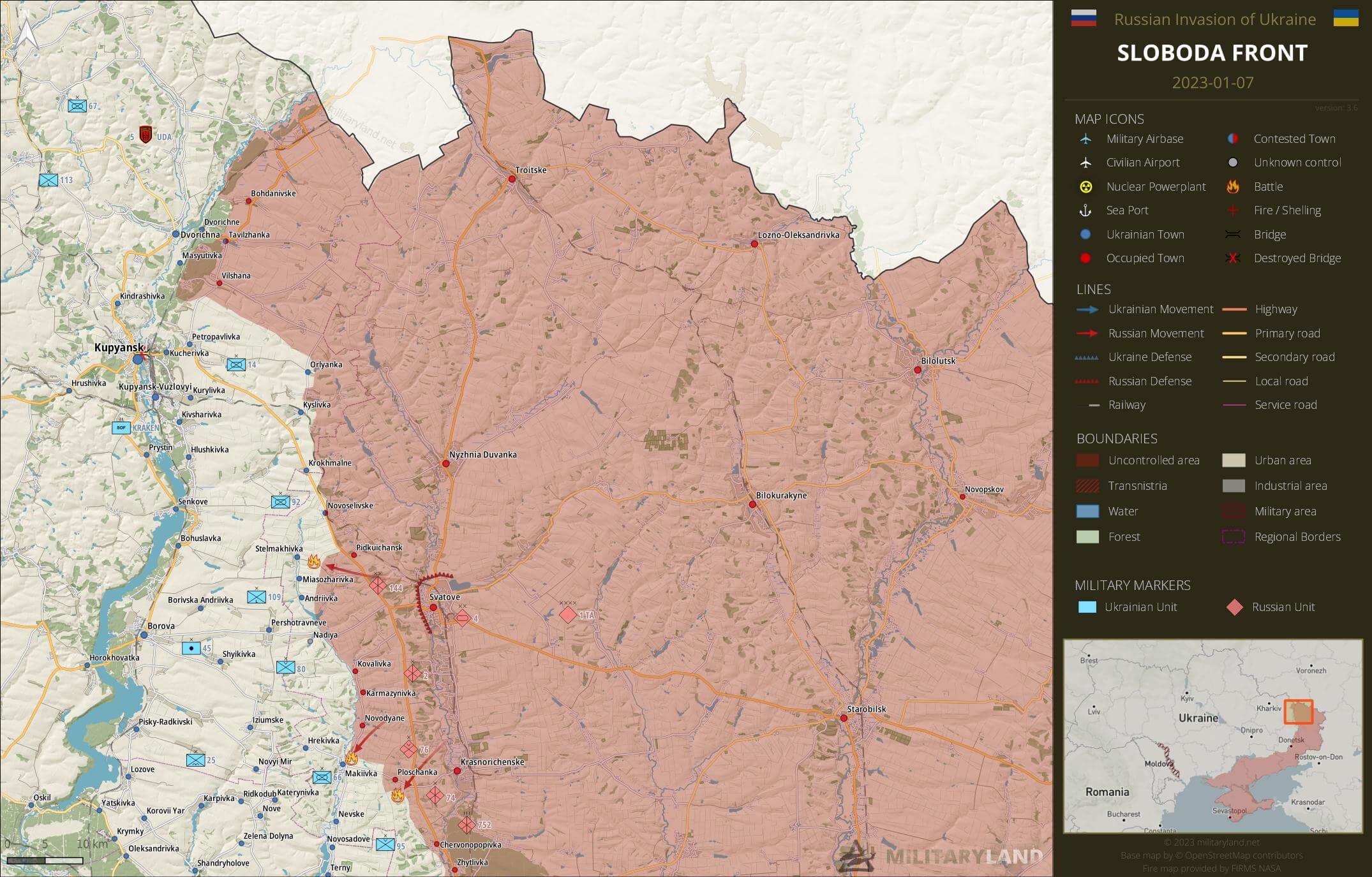 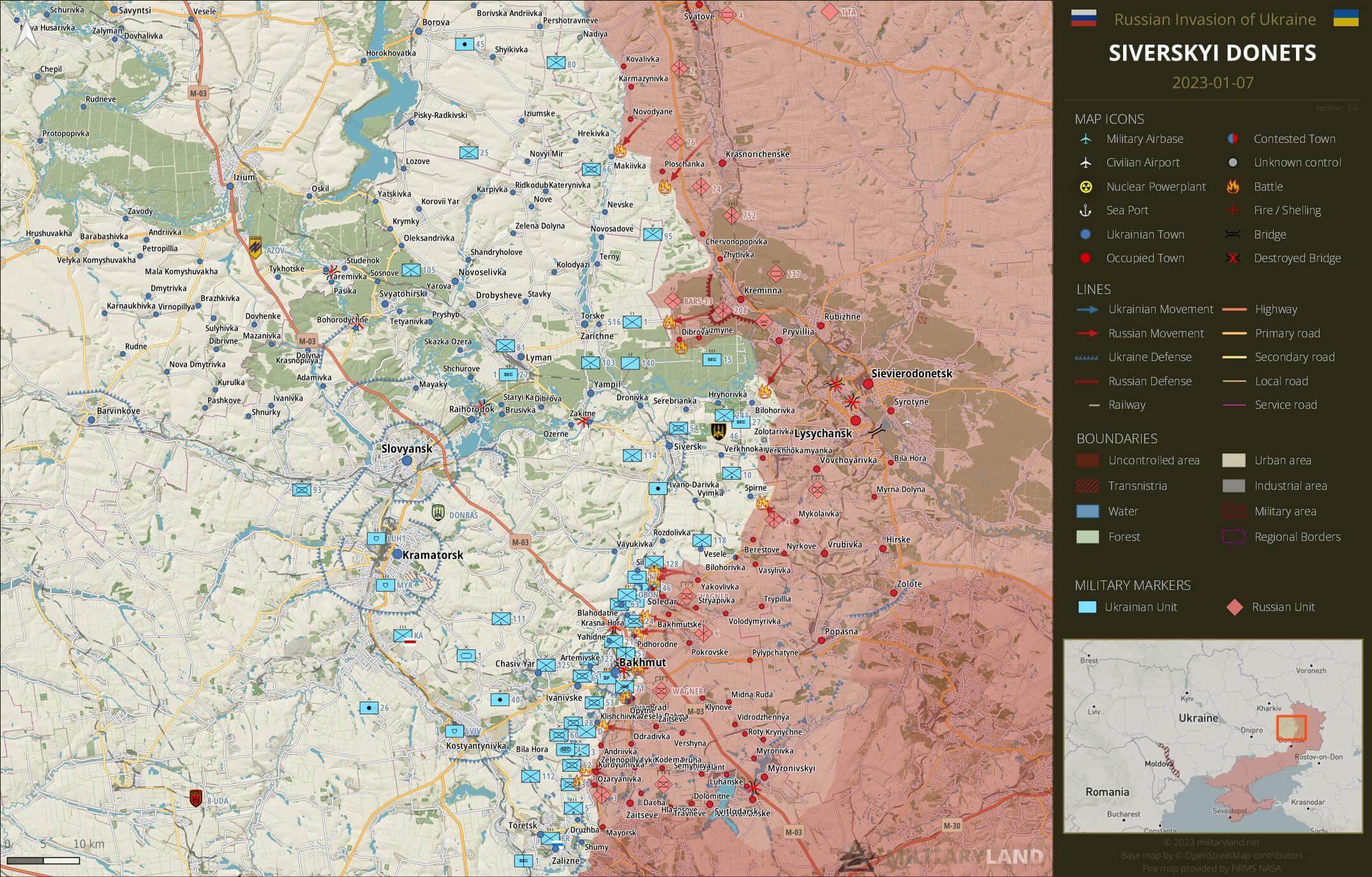 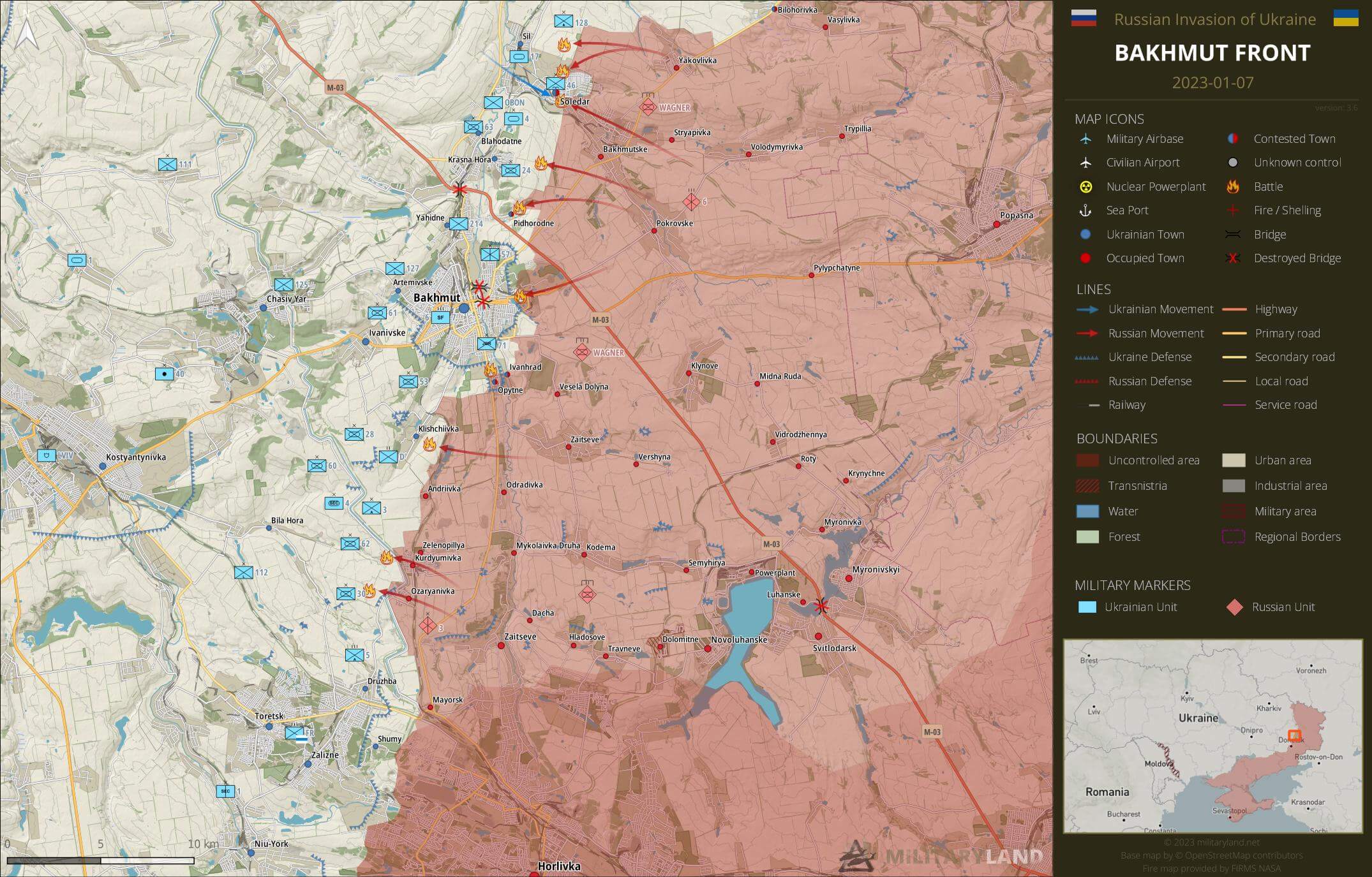 There was an extra summary for this front yesterday, Day 317 – Bakhmut Front. 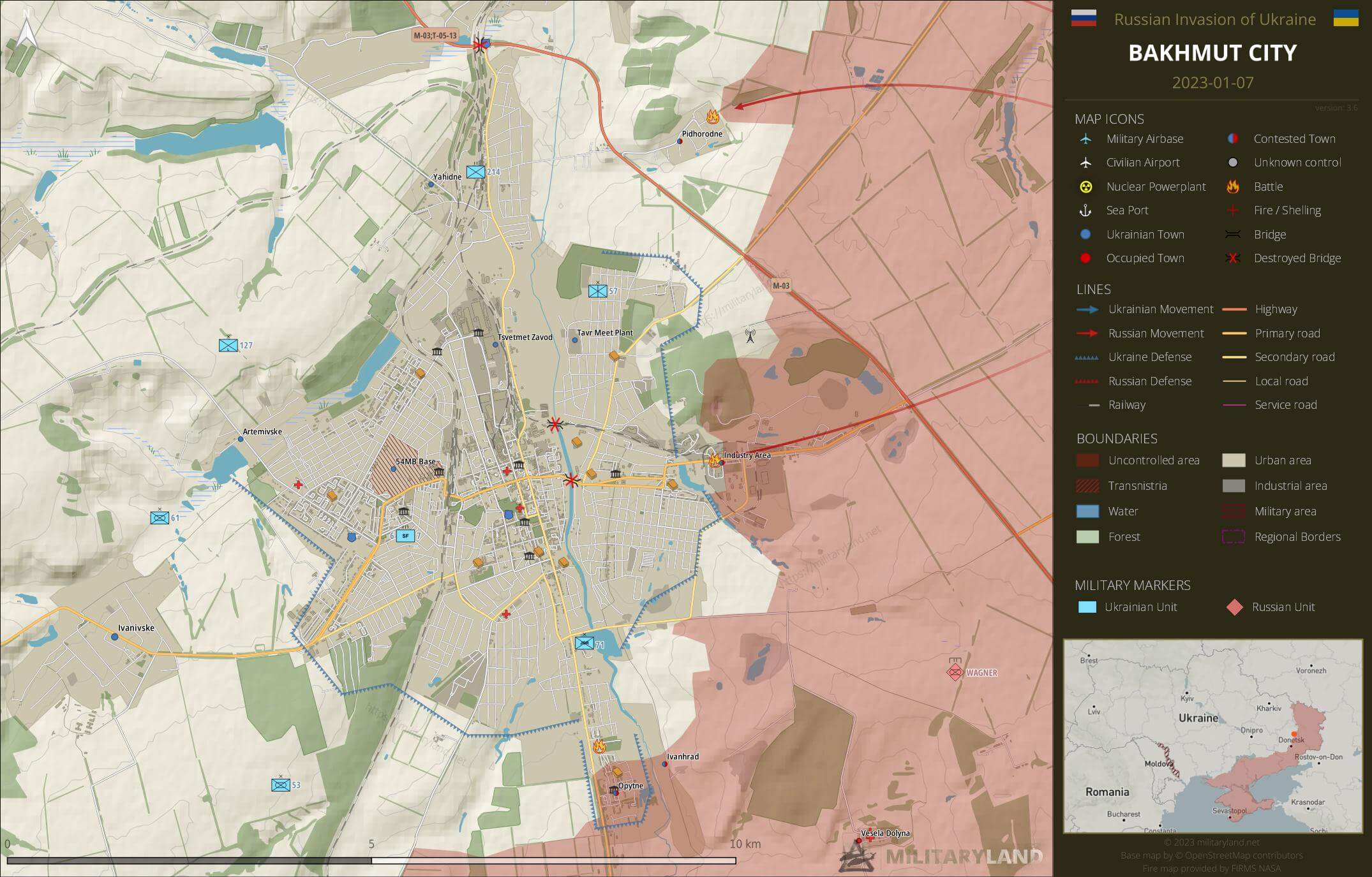 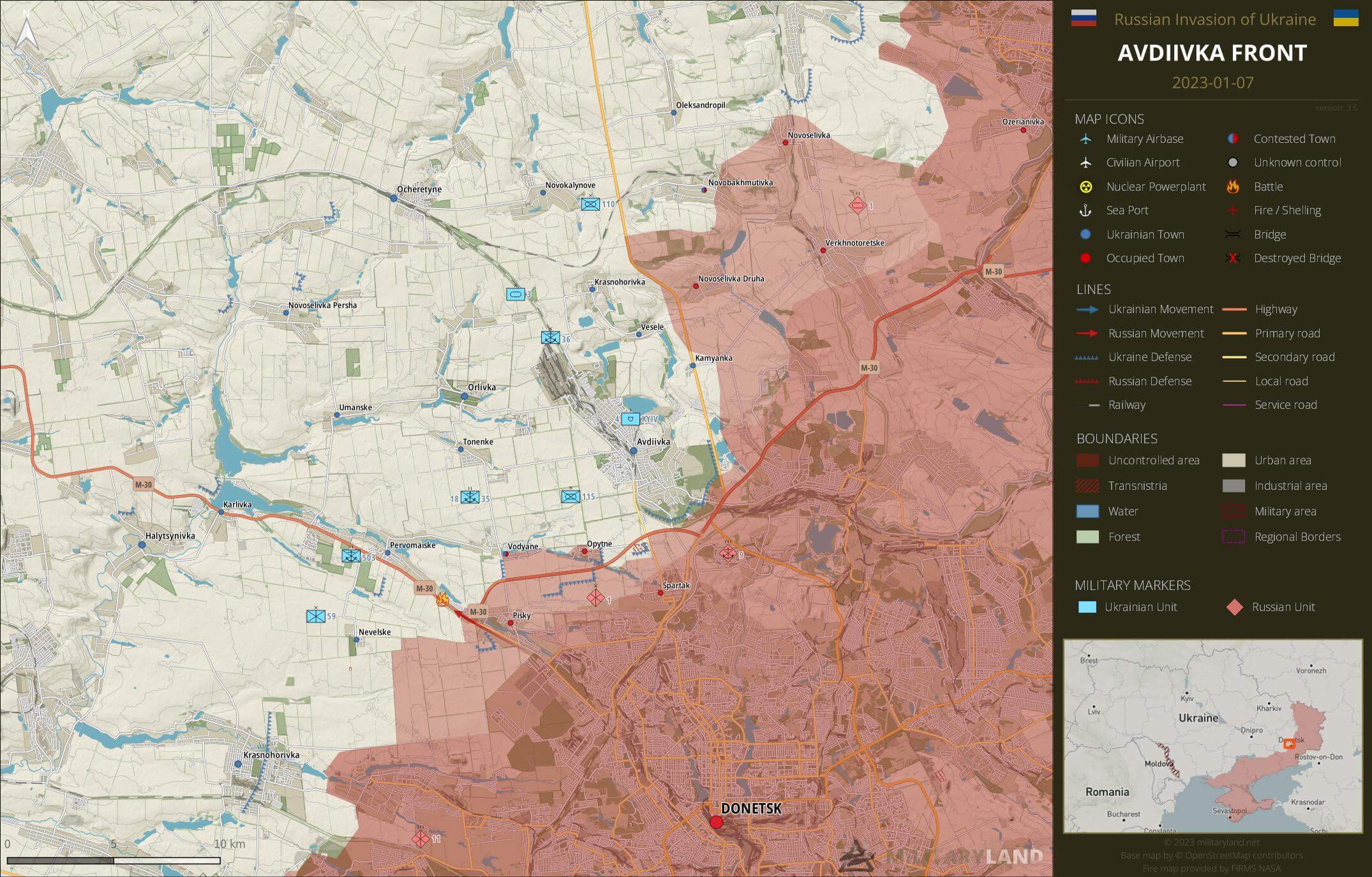 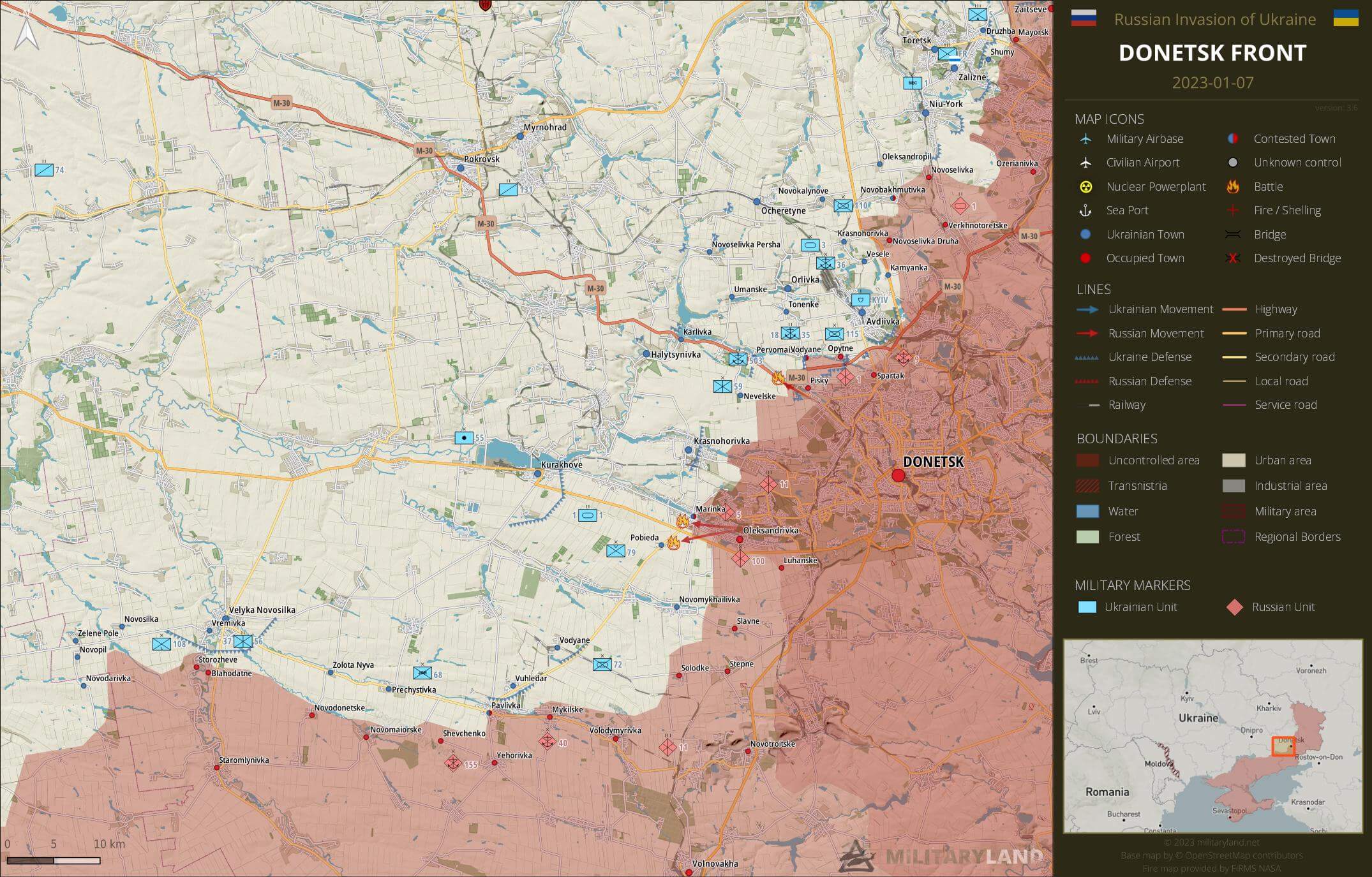 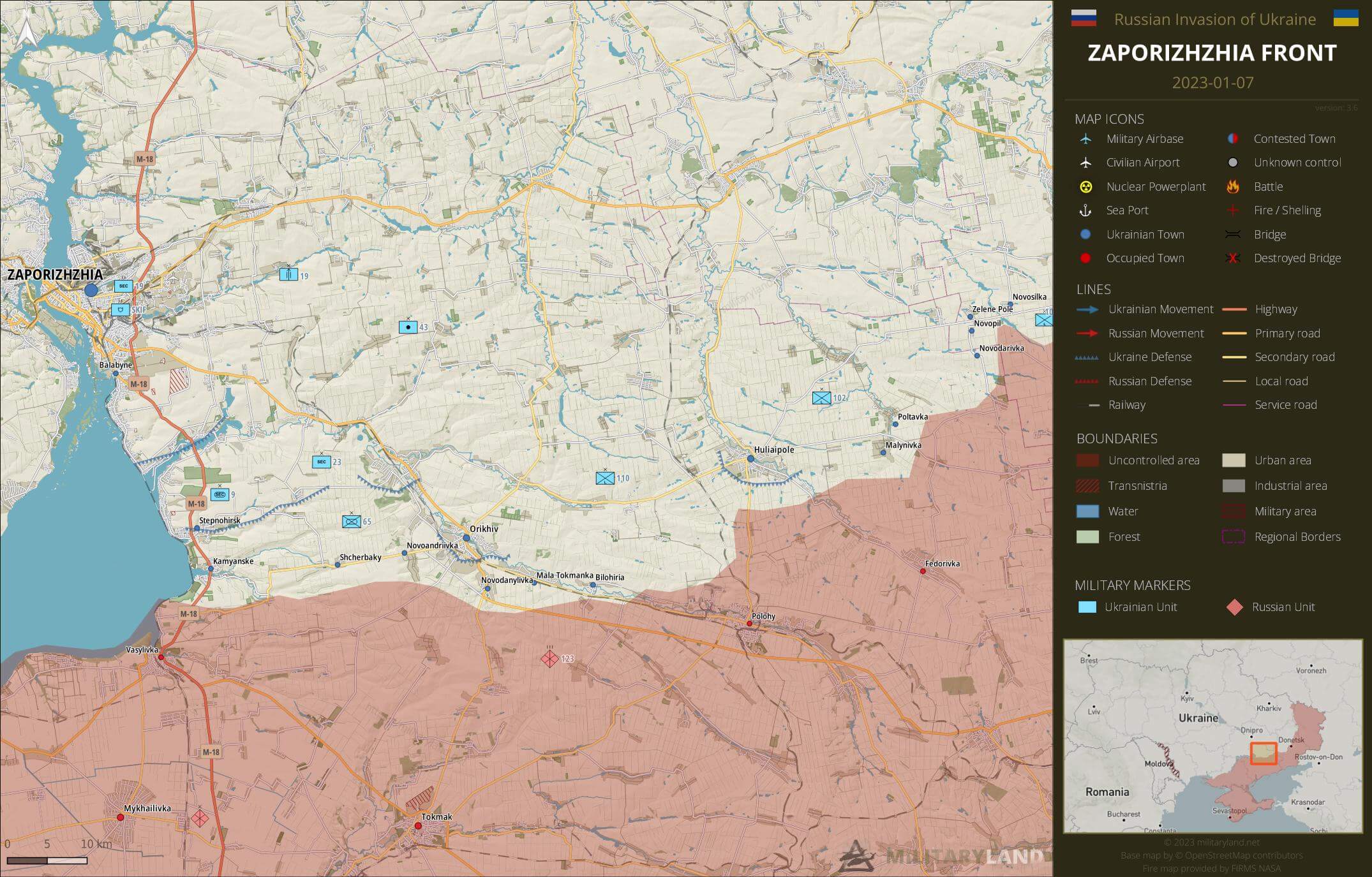 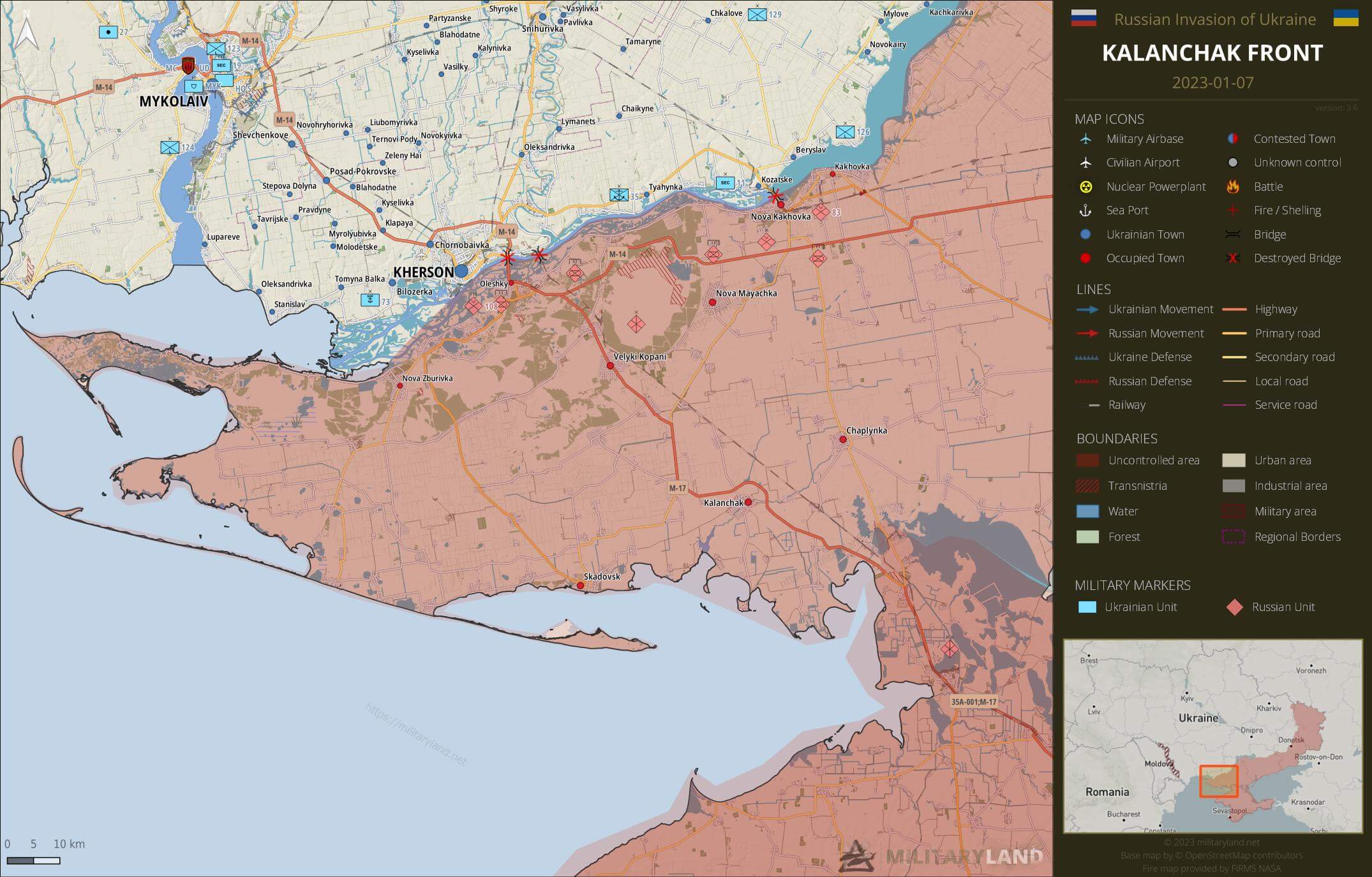 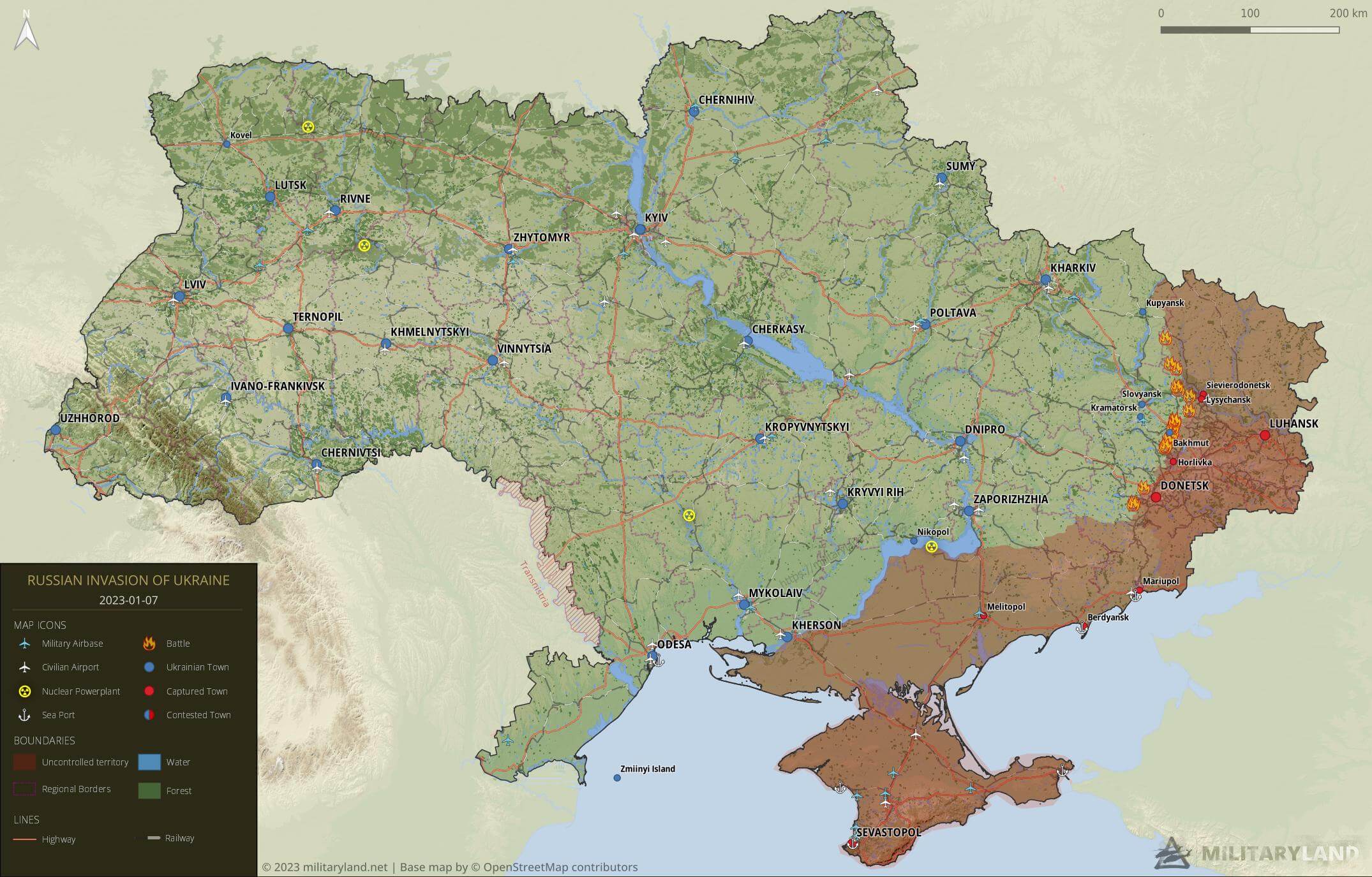 ukrain will lose soledar no more than 3 days

Probably will take longer than that, but the fate of the town is pretty much sealed, there is not much Ukraine can do to counter that.

If recent reports are true, by the Russian side, then the soledar-bakhmut route is cut and supplies going to Soledar won’t come from bakhmut anymore, making it significantly harder to hold.

Sorry i meant the bakhmut-seversk route and not stop supplies or communication, but disrupt them.

Soledar is not supplied from Bakhmut, that would have no sense, the routes were under Russian fire control for months.

(cannot edit)
Siversk, also is not supplied from Bakhmut. At least not since RU forces were so nice to vacate the North after a tiny bit of Ukr. nudge.

Its a bunker the battle for soledar has lasted longer then 3 days already. I have my bets on ukrainian being able to hold soledar just like with bakhmut

Related to yesterday’s Bakhmut blog and its comments:
The time will soon come when Russia will run out of prisoners who can be sacrificed for the front (life, murderers, hopeless, no family). Especially since it is now slowly leaking out even among these prisoners that one is treated there only as cannon fodder and has hardly any chance to get out alive or in one piece…

… That they are better off in prison than at the front will not have escaped them either.
I think that for Putin and Wagner (idiot Prigoshin) it is meanwhile a volcano, which stands before the eruption. Until now, this could still be prevented by sacrificing their own people. But the fuse is getting shorter and shorter and one can already feel the rumbling of a volcano about to erupt…

Your current decisions are irrational, not strategic, stupid and characterized by uncertainty. And incomprehensible to any military expert….

Even Stalin is turning in his grave at this stupidity….

I do know nothing about Stalin’s spiritual leadership nowadays.
Using ‘no-people’ is no-brainer for colonial (even non-conscious colonial) power. They, just like ‘Donbas Warriors’ are not counted into losses and nobody cares.

Yakovlivka is turning into a new Popasna. Very bad 🙁

Popasna was more strategic and a highrer altitude.

Yeah, but Yakovlivka’s fall has grave consequences: the Bahmut-Siversk defense line is now much harder to supply.

Also why are the Russians using S-300 to bomb Ukraine in the Harkiv and Zaporizhzhia regions? Did they run out of other missiles? Why isn’t anyone hitting Russian military factories?

Too far away methinks.

they have got a lot of them, unlike mythical ‘zirkons’ or newer S400s. For the same reason they also used naval missles. Even Putin’s Plywood Marshall (courtessy of Girkin) won’t throw everything what they have on Ukraine. They are suspected, however, on getting low – where ‘getting low’ means: below expected number in case of aggression.

Sorry for not related question, Jerome, can you tell please software you are using for creating maps? Is it Adobe after effects or what?
And also can you tell in which web framework your site is using, as I see it’s not React.

Shouldn’t pervomaiske be marked as contested? The town’s borders are pretty weird and acording to your map the russians have a bit of it.