The last summary of this year is here. Thank you all for staying with us and the site for so long, and see you next year! 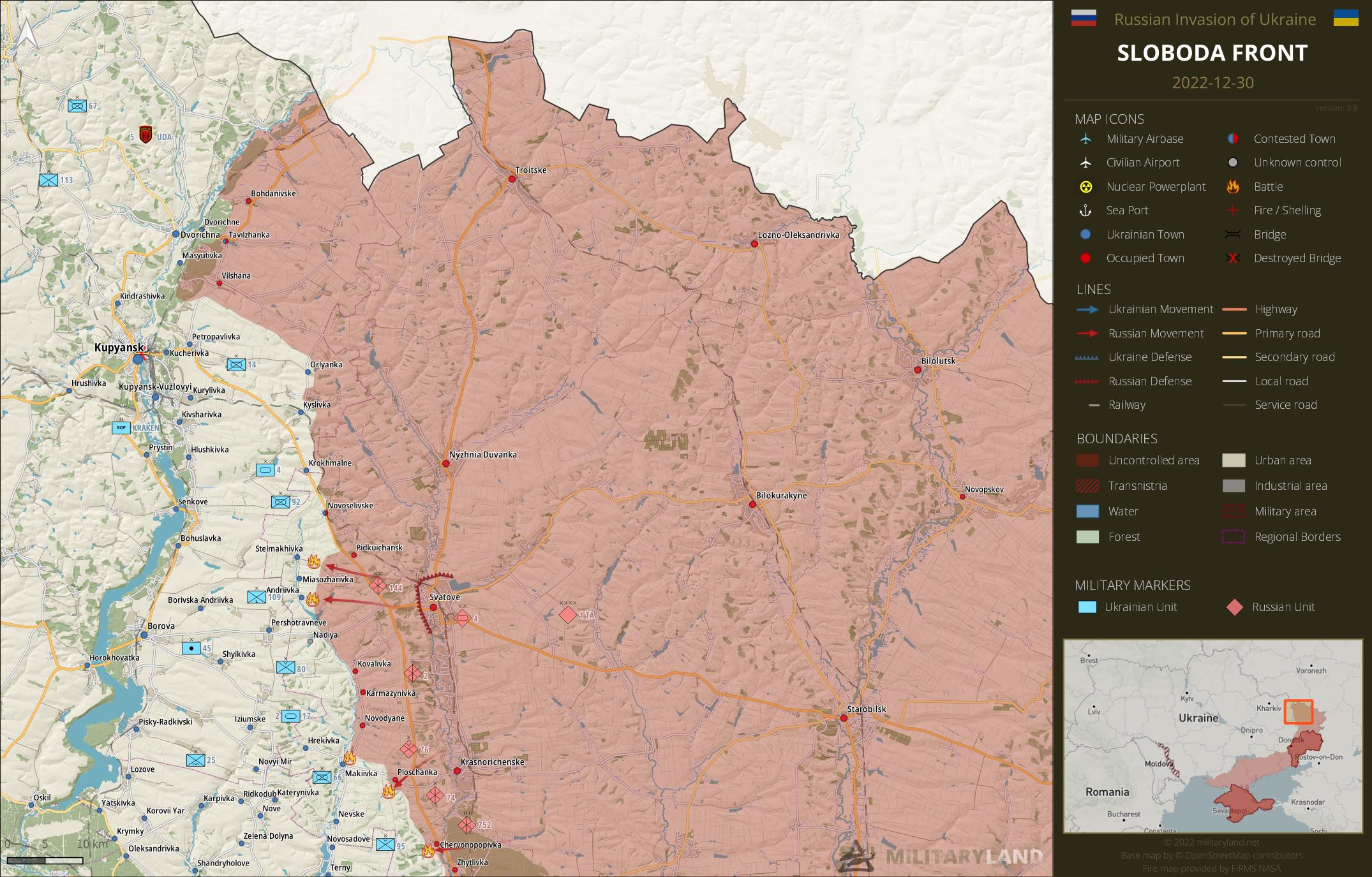 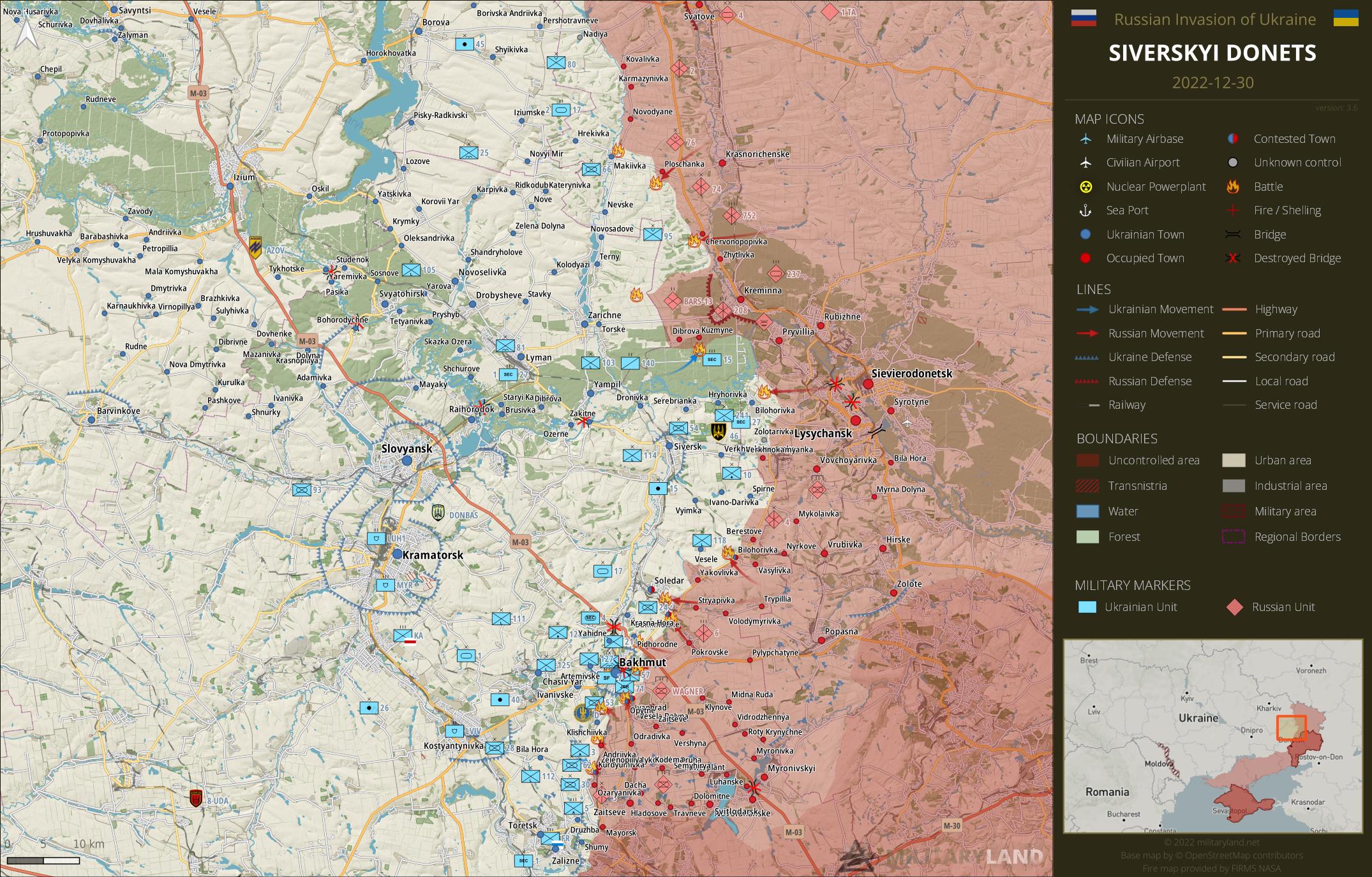 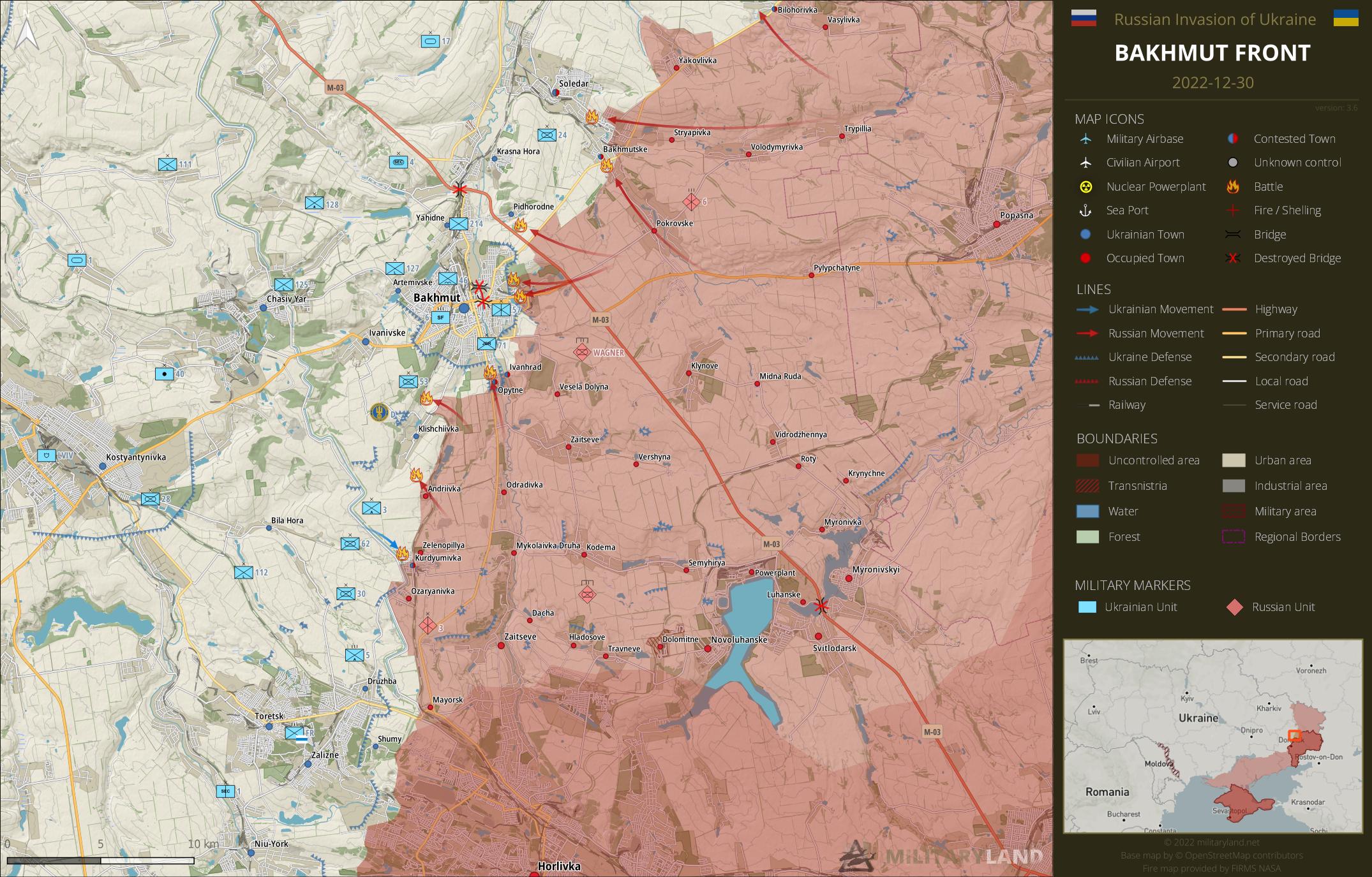 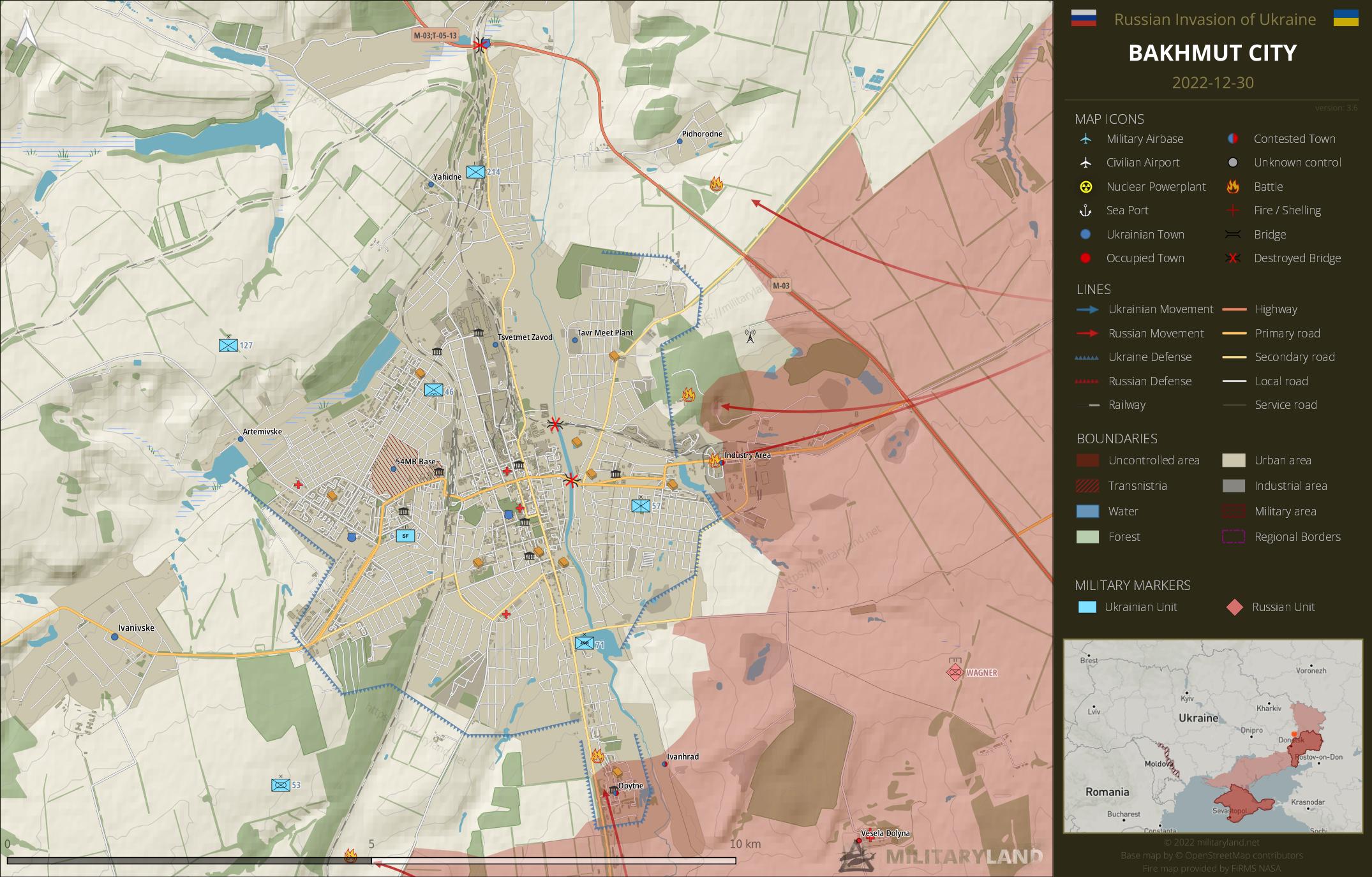 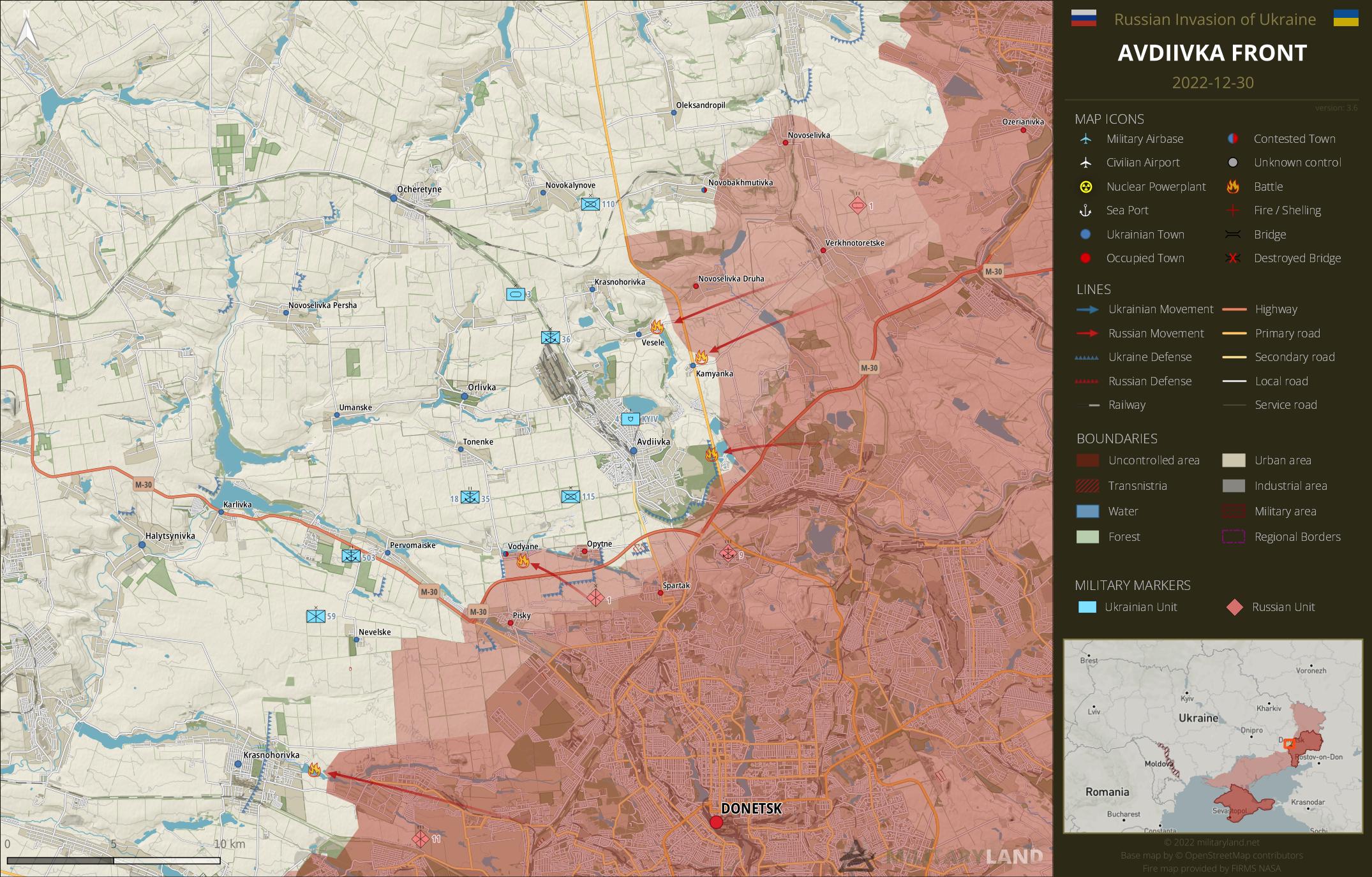 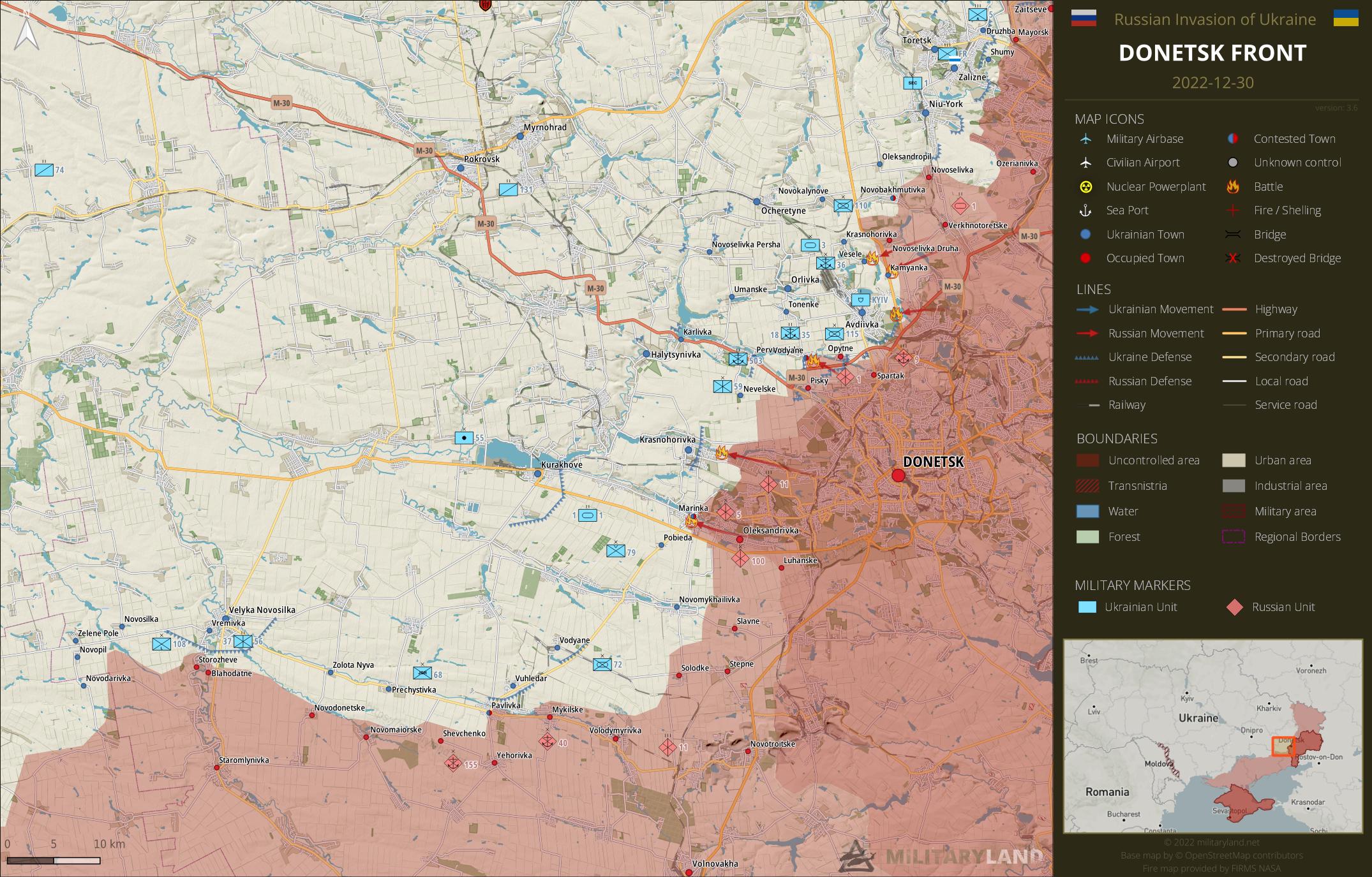 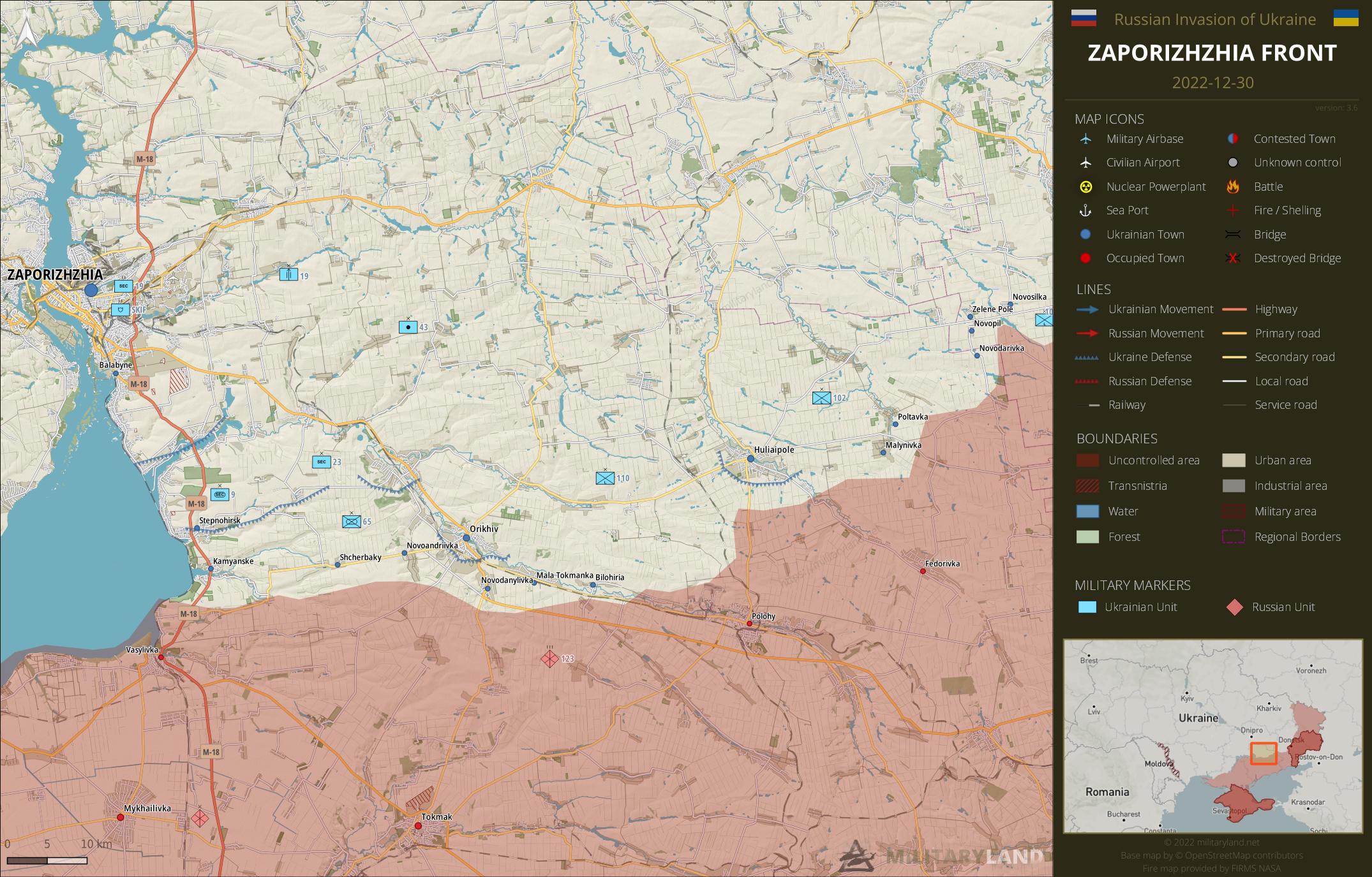 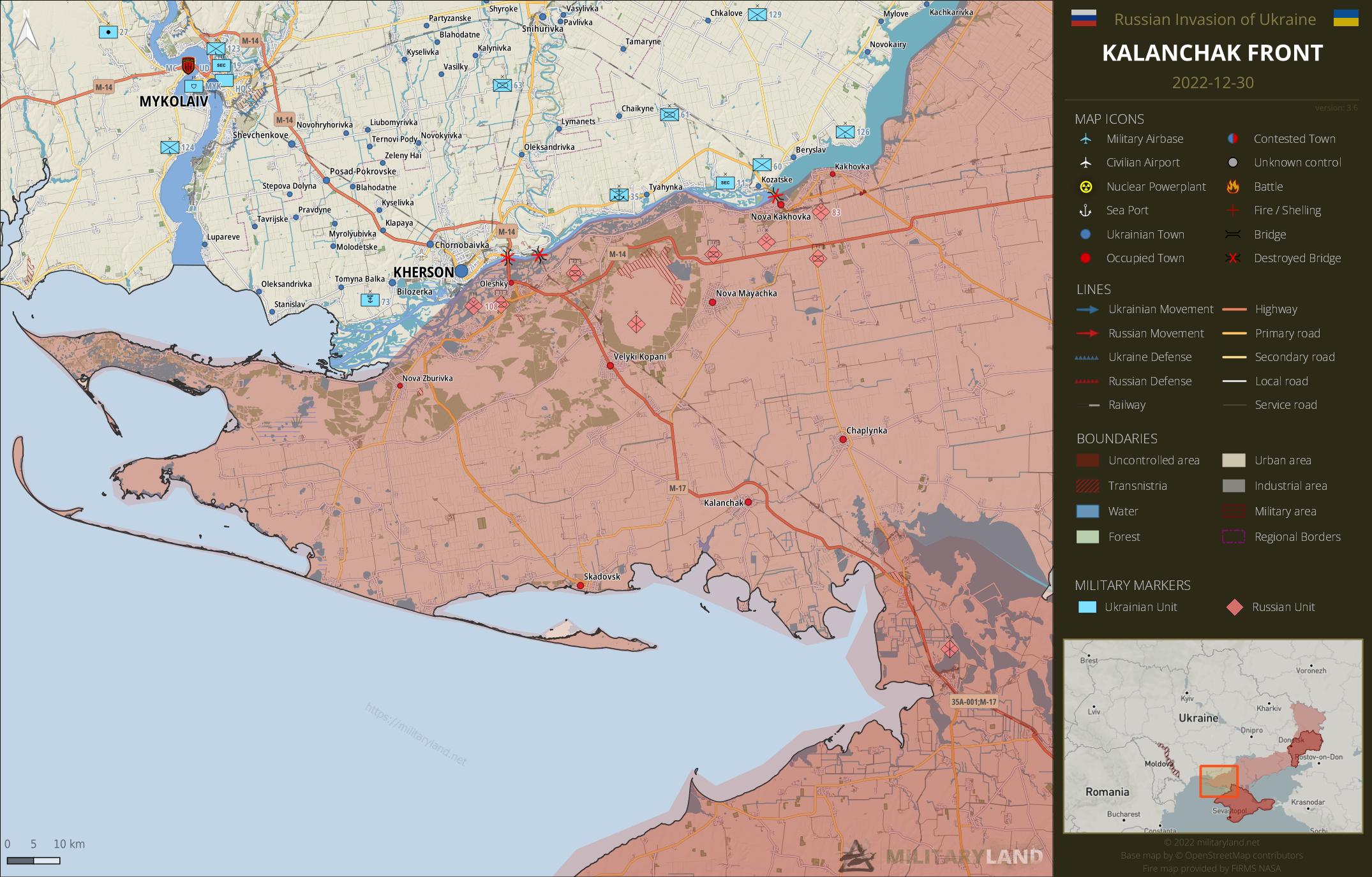 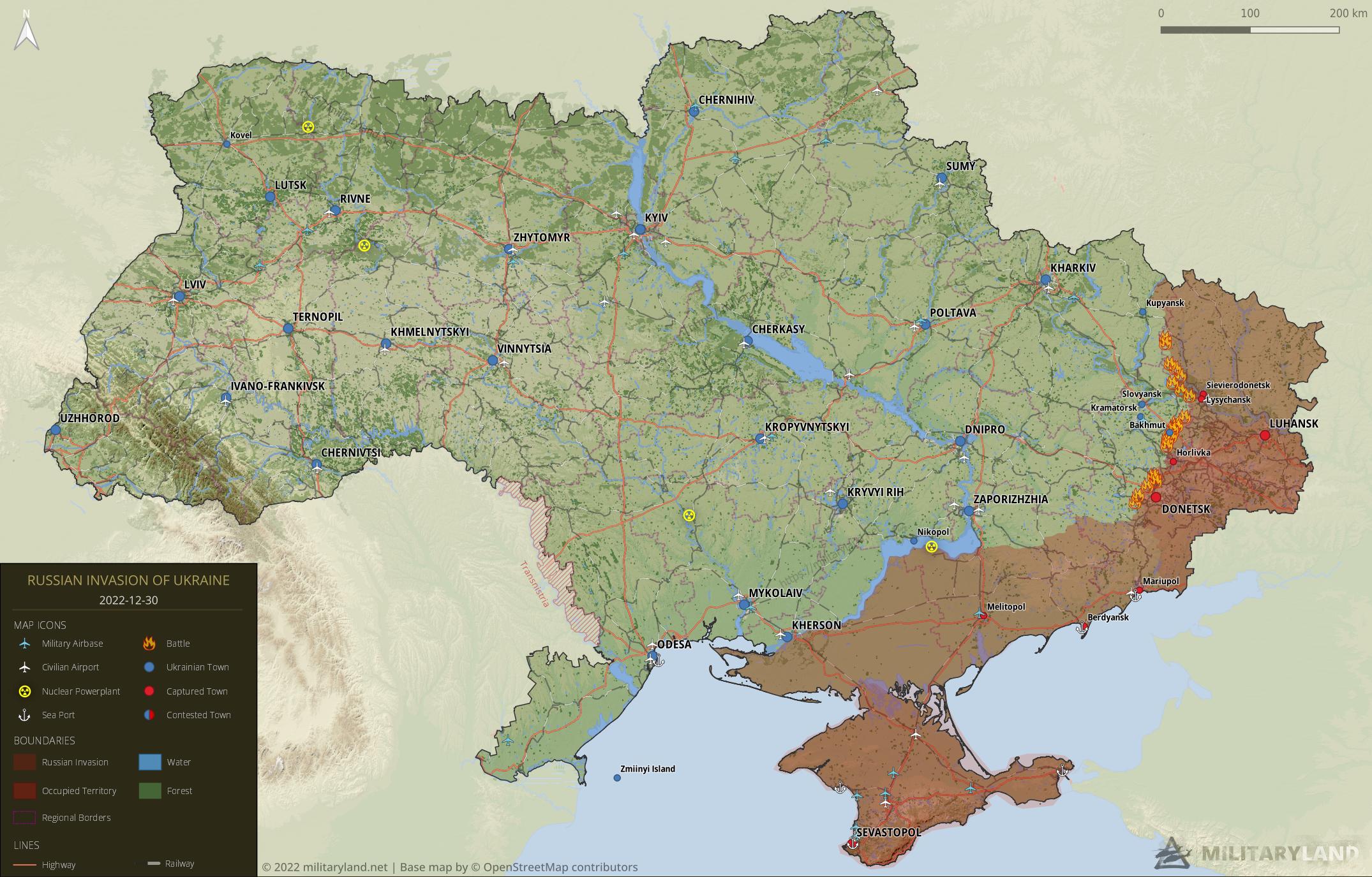 German gas tanks are actually filling up right now and stay at 90% and oil imports stopped. Russias energy blackmail failed. Russias state finances will turn very ugly this year. Urals oil index is below 60 all december and gas to europe is gone. Taxes will have to rise and expenditure on anything but war will decrease.

The only problem are India and China – they are willing to buy Russian fossil exports. Ukrainians should focus on hitting Russian pipelines and ports that supply the two countries

China and India will demand cheap oil and gas.

For a map update: whole 63rd brigade is in Bakhmut

Russian MOD claims to have captured Dorozhnianka (7 km south of Huliaipole). Visual or other confirmation awaited.

it is also said that this town was basically undefended and that they just walked in there, which is possible, since the town was in the nomansland

I did not see that. MOD claimed approx. 50 Ukrainian soldiers had been killed, which contradicts the notion that the town was “basically undefended”. However, it may very well be pure propaganda as both sides love boasting about having killed zillions of enemies.

yeah, both sides claim the wildest death tolls, that’s why I never fully believe them. the casualties of this war are high, but not as high as both sides claim it to be, because otherwise this would be a war similar to some of the deadliest battles in ww2 and that’s not very plausible IMO even if the war is already almost one year old.

Look at cassualties in the Iran / Iraq war.

Indications RU attacks in Donetsk region are of reduced power the last 2 weeks, indicating Russian forces being close to exhaustion for now at least.
Given Putin’s recent words I expect Russia shall draft more troops to send into the area.
And seek to revive the attacks in say February – as drafting requires some time.
Seems indicated RU casualties truly been massive resulting in exhaustion.

300.000 fools already exhausted . new mobilization in sight , scrapping the bottom of the barrel . convicts are almost ended , next step they will force mentally ill to join the wagner group , which is completely appropriate I’d say .

russian attacks in donetsk haven’t really decreased, they are still actively pushing there. most of these attacks are meant to form the battlefield to their advantage and if it’s done then they’ll basically wait, they are waiting for the opportune moment. plus ukrianian couterattacks slow them down, but they are still pushing day by day.

also anoher draft is unlikely for now, since they still have ~250k troops in training, only about 50k are on the frontline of the 300k mobilised, then of the 250k in training ~50k are in the operational zone
but you’re right with the assumption that russia could make another big offensive in the coming months
there are no indications of high russian casualties, at least not as high as ukr claims

There are many indications that russian are suffering high casualties. Today, a russian base was completely destroyed by a HIMAR strike in Makiivka, there were hundreds od dead Russians (possibly 600) and many injured.

Everything hinges on Kreminna. If UKR takes it – and it is quite likely in view of recent advances – a lot of RU-controlled towns across thousands of square kilometers will fall in a domino-like effect. It could be a repeat of the Balakleya/Izyum scenario.

What advances ? A few hundreds meters in a forest 2 weeks ago. Very very far from taking the city, which is highly defended. And no surprise effect.
The only good surprise could come from Zaporijia oblast, but we wait for it since end of september.

To an informed observer, there was no surprise effect for Balakleya either, yet it was taken, with well-known consequences. And I don’t get the impression that the Kreminna area is effectively defended.

wrong. Balakliia, was an surprise for the russian army, since the command didn’t think that an attack from there would come, even tho pro-russian sources warned about the attack, but the command didn’t believe them. it was an surprise kreminna is not. kreminna is probably even better defended then lyman was.
the russian army learns from their mistakes and this Balakliia blunder was definitely one

This is what I meant. Russian bloggers (Podolyaka, Onufrienko, Rybar) repeatedly warned that the Balakliia offensive was coming and millions of followers were aware. The Russian military command simply ignored the signals. I would not call it a blunder but a huge intelligence fiasco (another one).

As for Kreminna, I maintain this is Russia’s weak spot. It is the only area where currently Ukraine has the strategic initiative.

We will see if anyone can mount anything on a strategic level soon, when conditions go sub zero. The last side to do that was ukraine and therefor the strategic initiative stands with ukraine, just like it did with russia after lysichanks.

You said the Russians tried to breakthrough around Ivanivske, but that town is well behind Ukrainian lines. Did you mean Ivanhrad?

Ivanivske is quite possible, it is not much away from fighting near Klischiivka.

I thought that the Azov were stationed there. I do not see them any more in this updated map.

It still is, 3rd Assault Brigade near Kurdyumivka.

Oh yeah, I missed the towards.