Ukrainian Army liberated the right bank of Dnipro river, including the regional capital Kherson. Russian forces managed to advance near Donetsk, but all other attacks were repelled by the Ukrainian defenders. 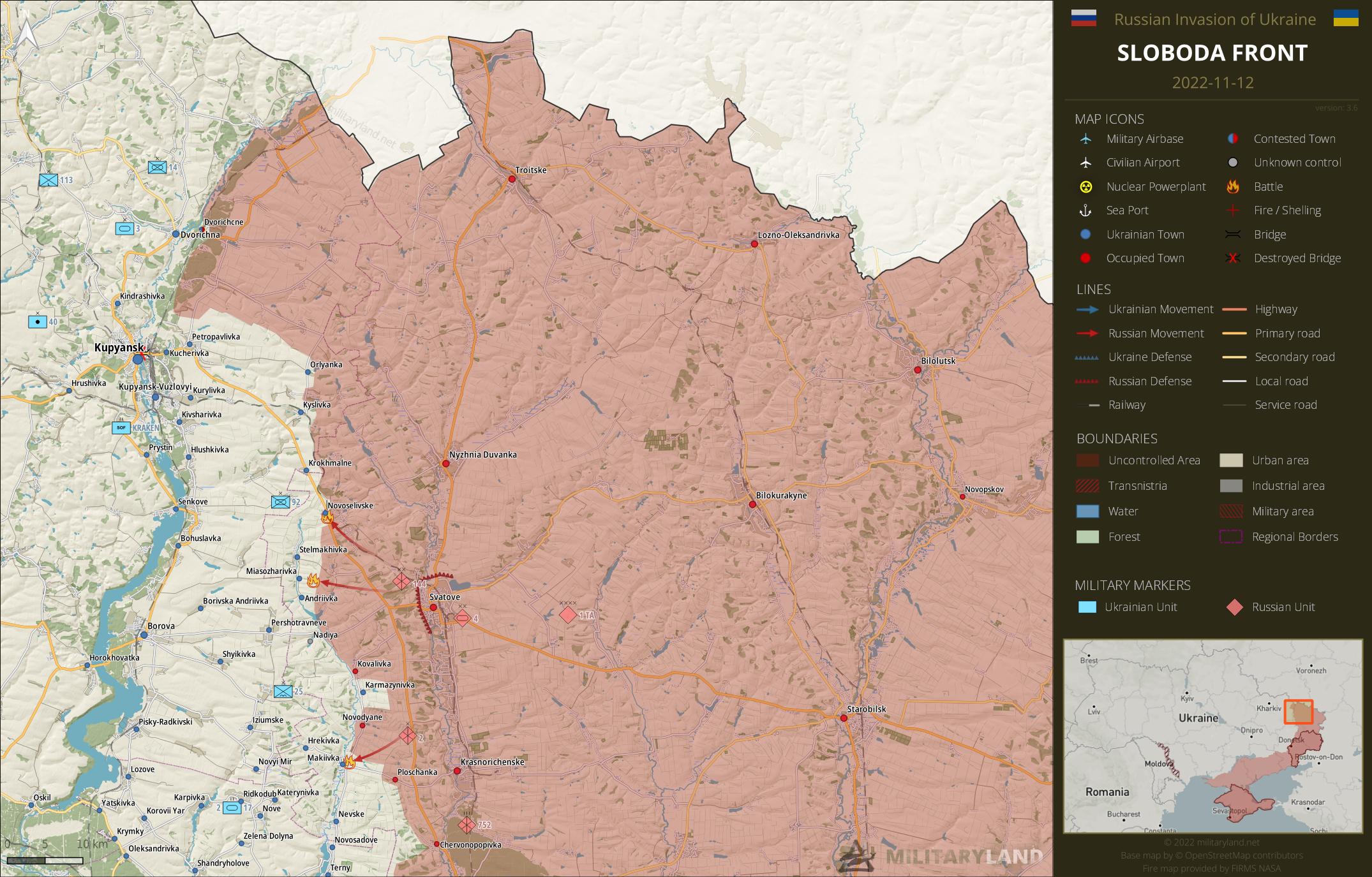 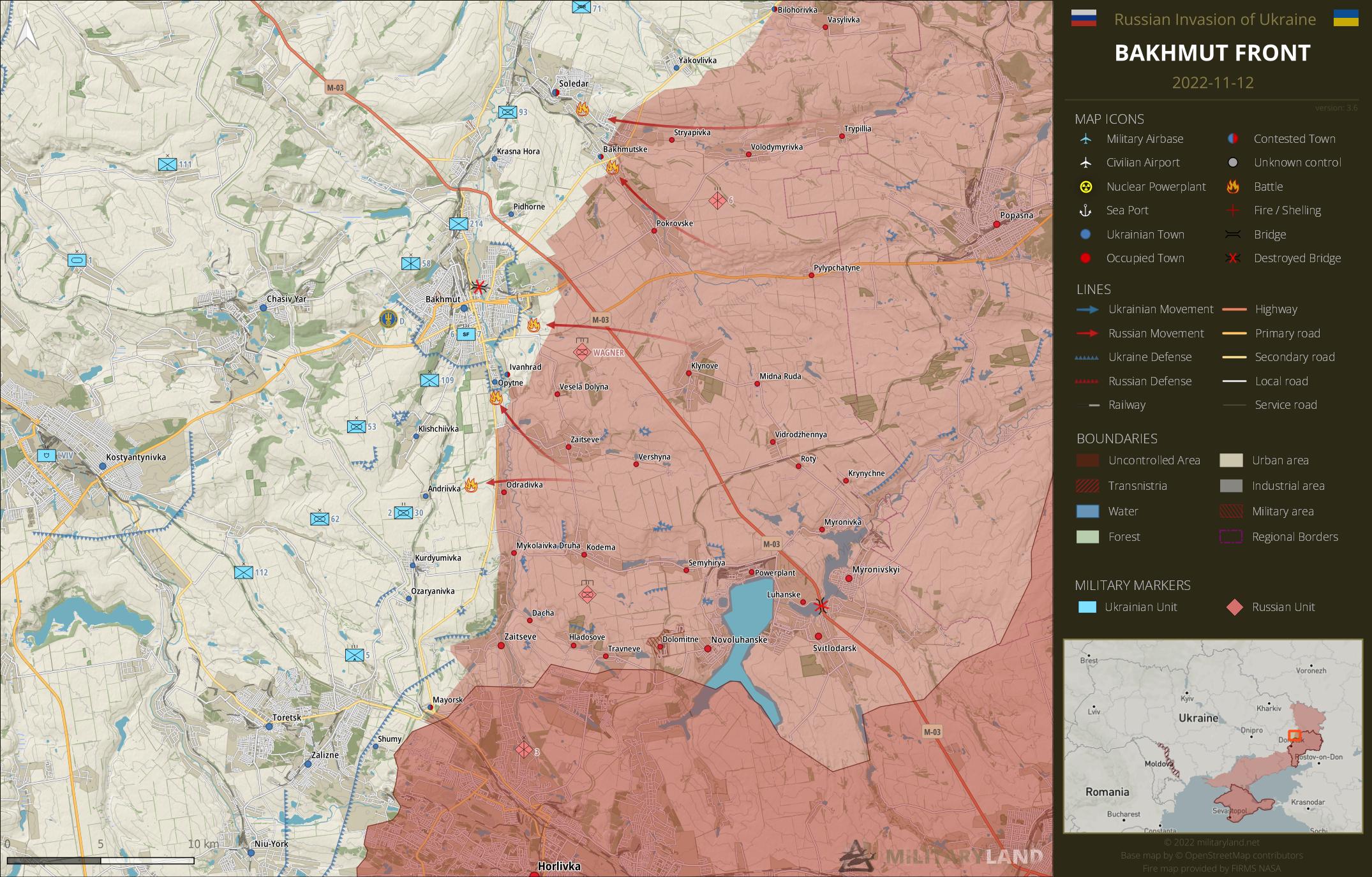 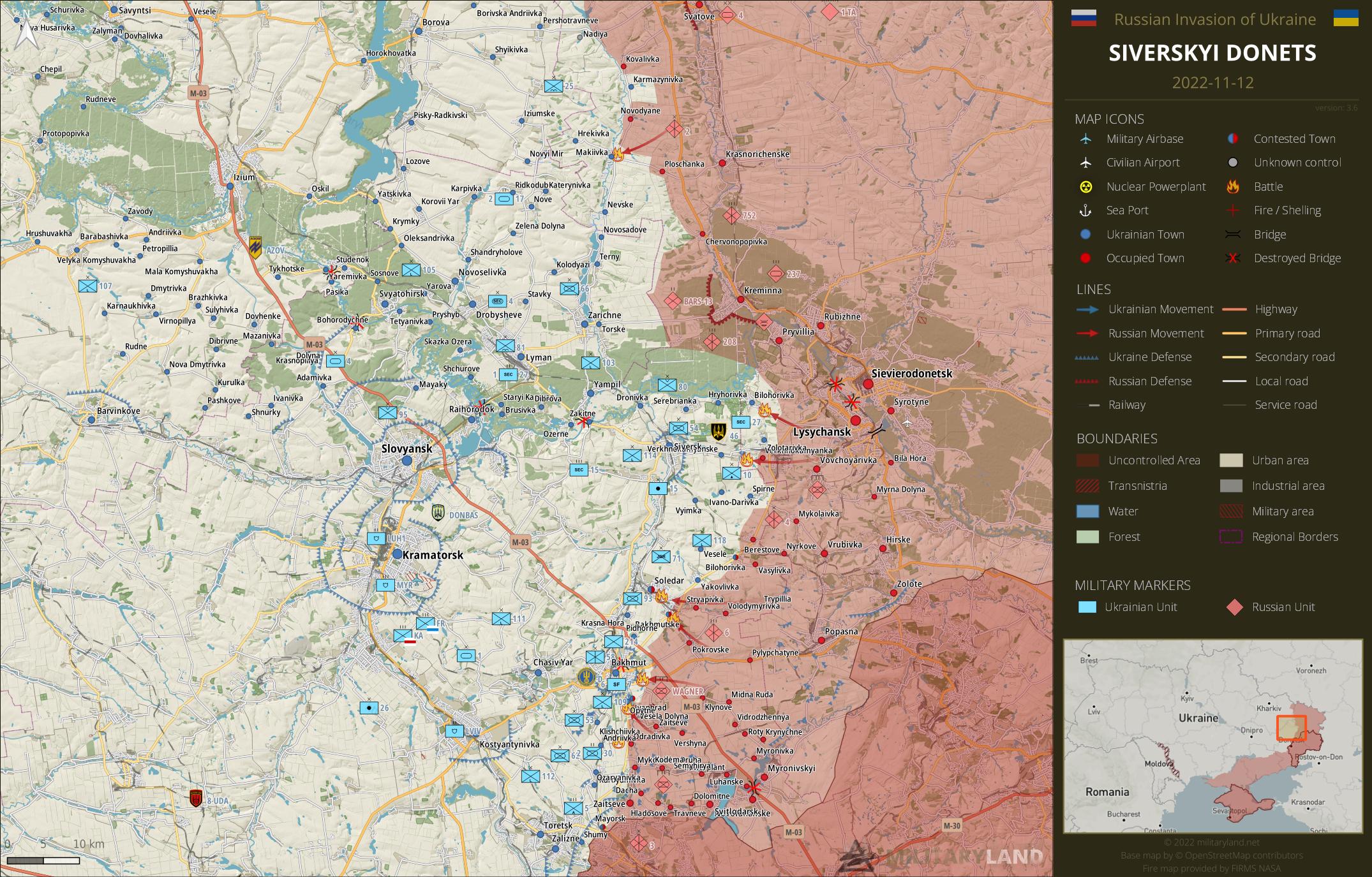 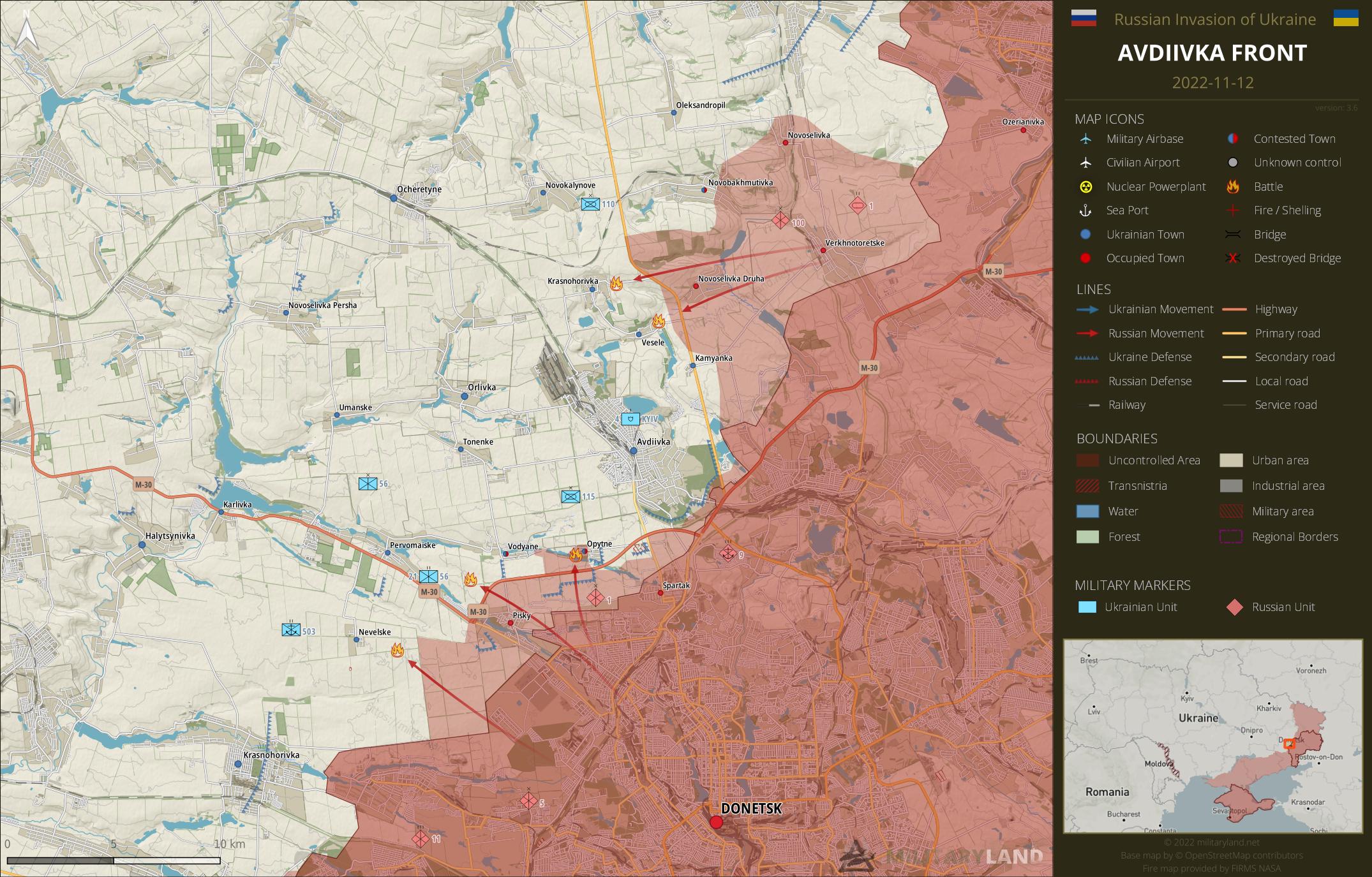 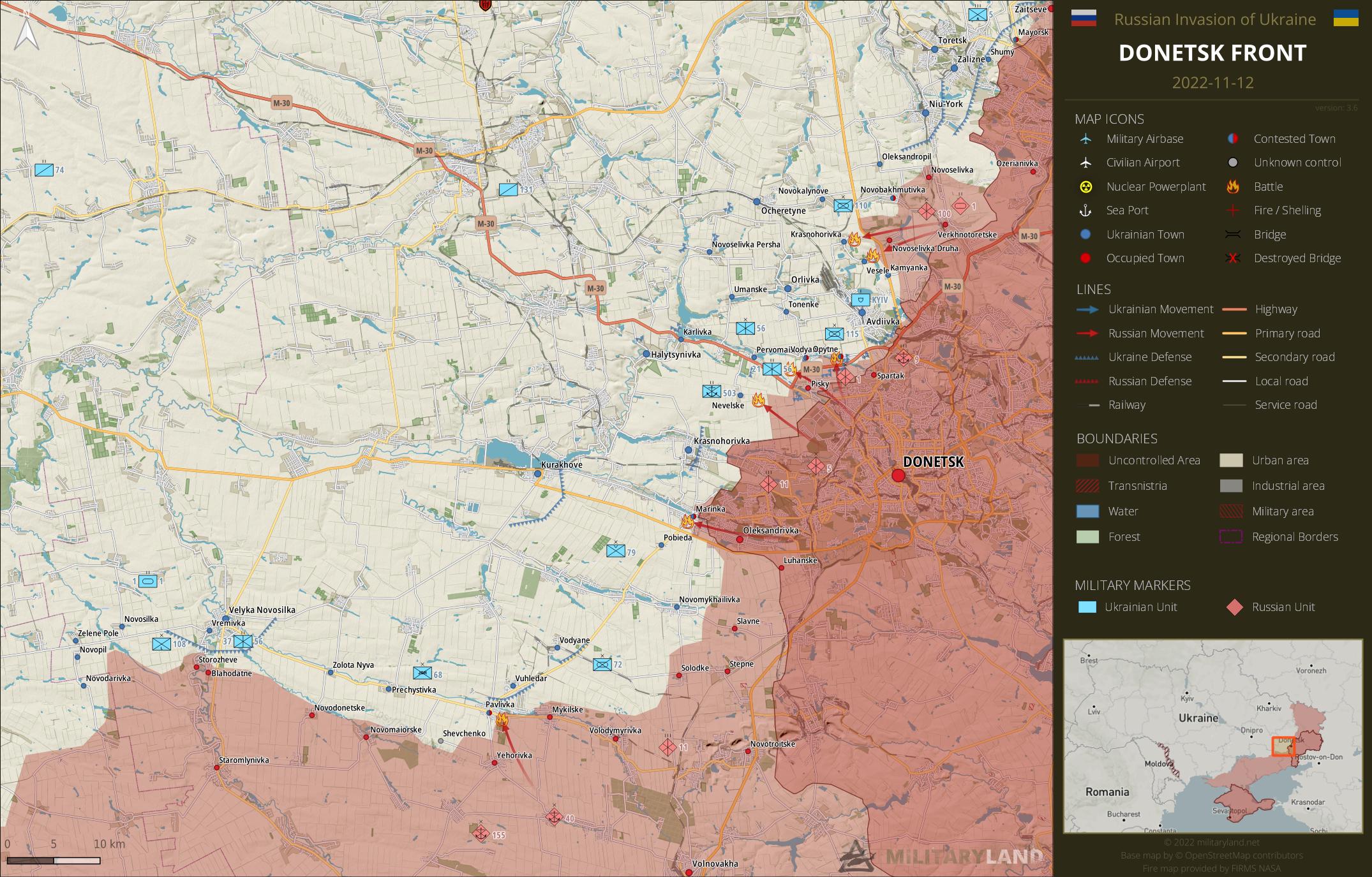 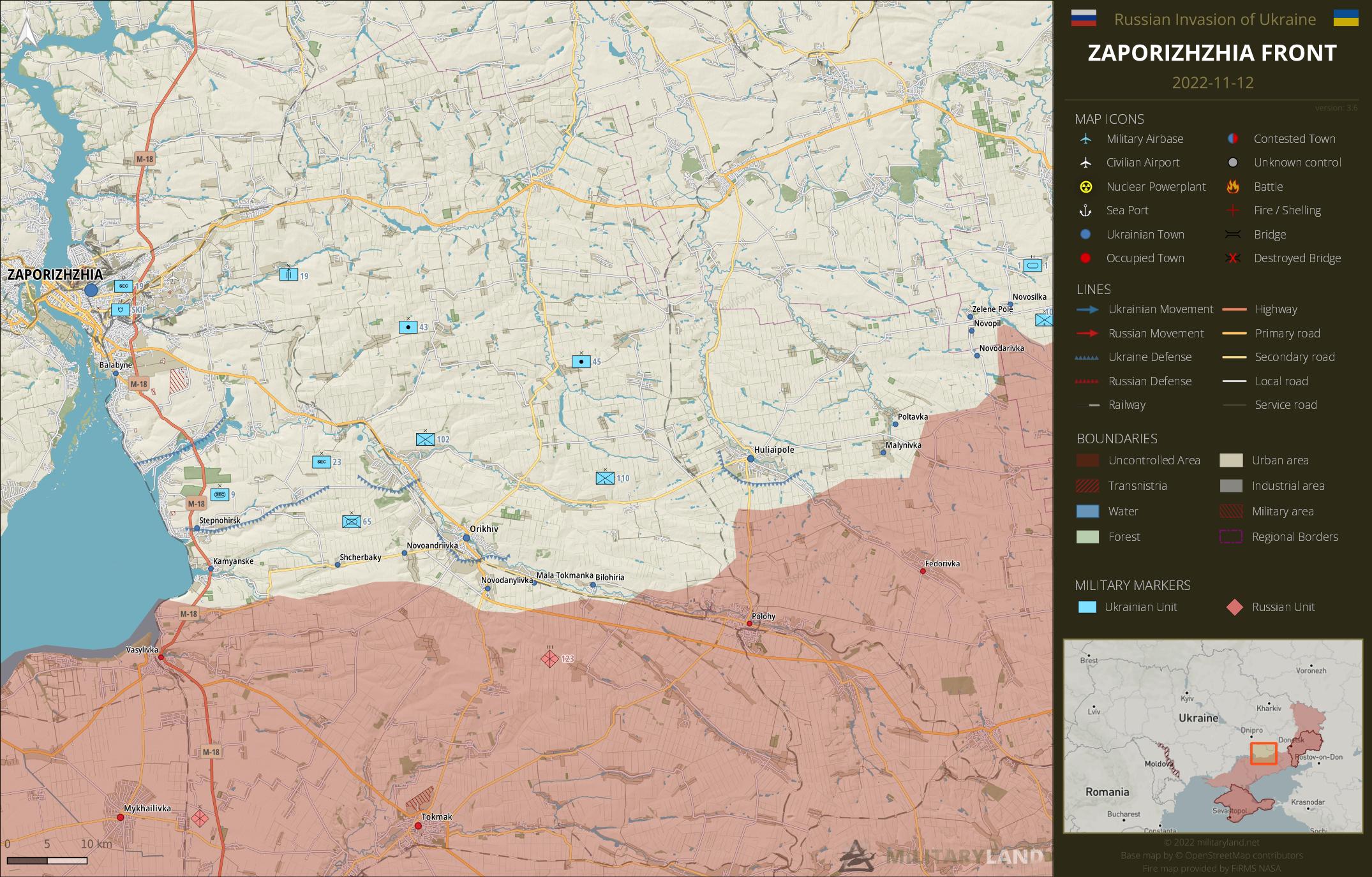 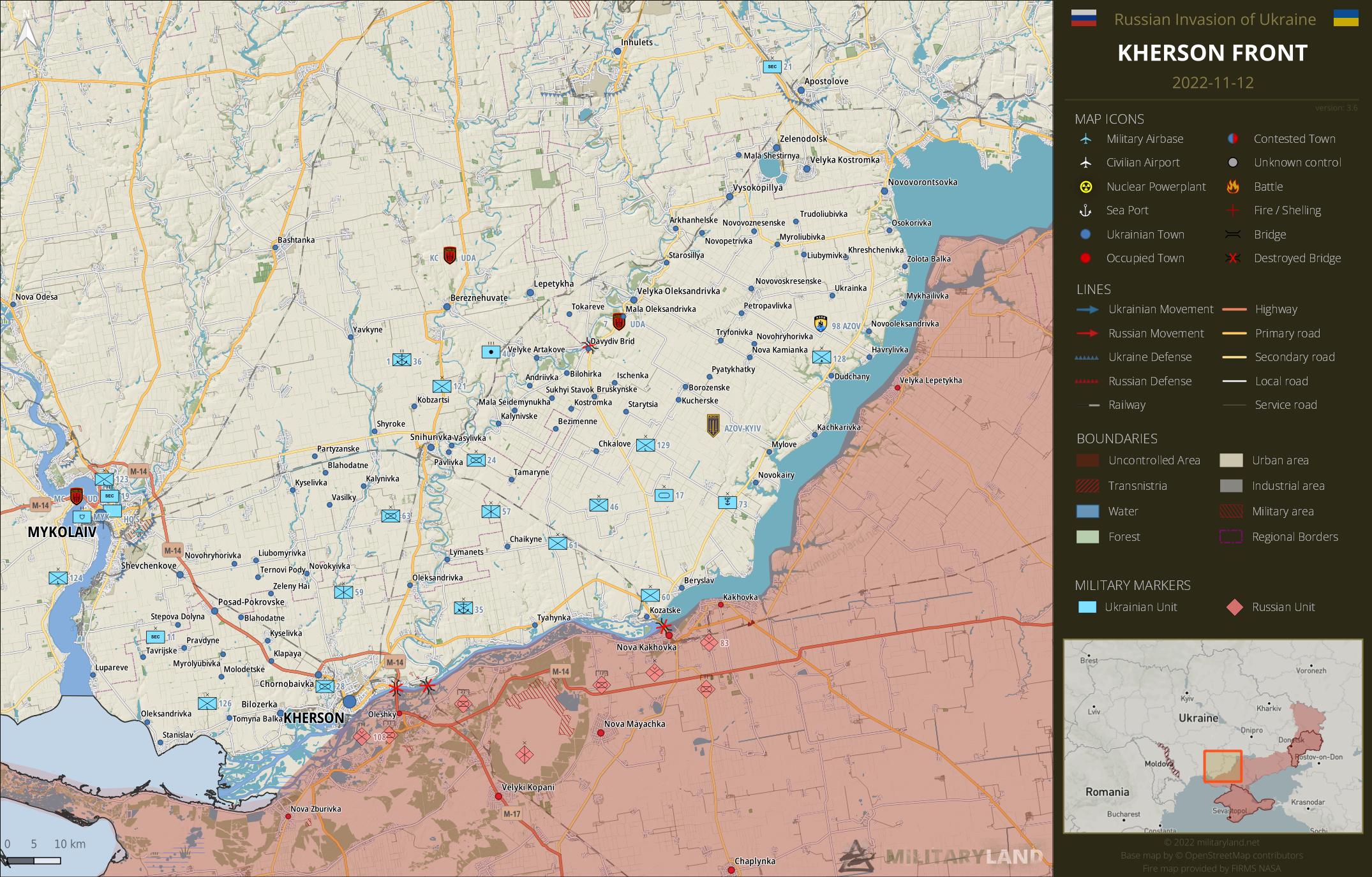 One of the oldest front ends today. Goodbye, Kherson Front! 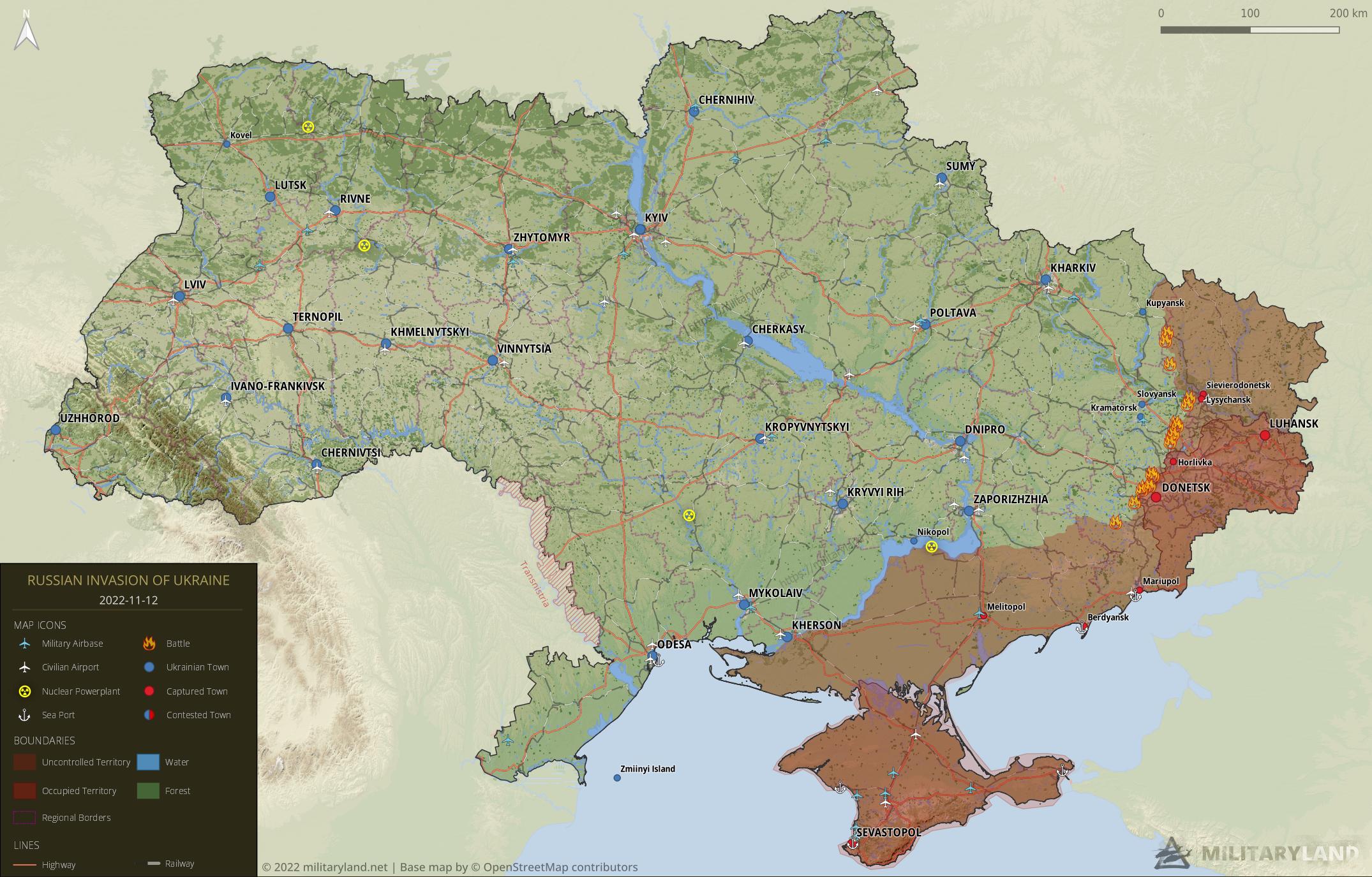 So what’s up with the Kinburn Peninsula? Is Ukraine really attacking, or is it just a diversion?

If they do take it, that would be a huge deal. They’d get a bridgehead east of the Dnipro, and at the very least they’d break the naval blockade of Mikolaiv.