UNITREP is our new series focusing on the current status of Ukrainian units. Today, we’ll talk about 36th Marine Brigade. 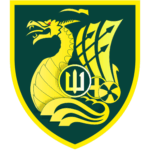 36th Marine Brigade is one of the two Ukrainian Marine brigades. The brigade consist of three infantry battalions – 1st, 501st and Aristide, plus tank battalion, artillery division and other rear elements. At the start of the Russian full-scale invasion, the majority of the brigade was deployed to Mariupol and surrounding area.

The marines faced Russian invasion forces since the day one. On February 26, Russian troops broke through the defenses at Hnutove and forced 1st Marine Battalion to retreat. Aritstide Battalion, with the support of tanks, attempted to recover the lost positions, but didn’t succeed. 36th Marine Brigade lost its first two tanks during the battle. The entire brigade retreated to the outskirts of Mariupol a day later. Here, the marines managed to hold off the Russian offensive for a few weeks, but suffered heavy casualties and subsequently withdrew into the city.

At the end of March, the brigade command lost contact with 501st Battalion defending the northern part of Ilyich plant. An element from Aristide battalion was dispatched to the plant to check the situation. Nobody was there, they found only deserted weapons, ammunition and plenty of food, which other elements lacked off.  It later became known the whole 501st Battalion surrendered, without letting anybody know. The defense of Mariupol lost almost 300 soldiers that day.

On April 10, the brigade staff decided to leave Mariupol and ordered all remaining marines to withdraw. The first group of fighters attempted to break through the siege at night, but they weren’t successful. The commander and his staff were captured, several marines killed.

The command of the brigade was taken over by the commander of 1st Marine Battalion. There were two options on the table, attempt to leave Mariupol again or connect with Azov Regiment in Azovstal.

On April 12, 186 marines, including the wounded, left Ilyich plant and broke through to Azovstal. Part of the marines, who decided not to connect with Azov, split into small groups of 4-6 people and decided to sneak out. They hid in ventilation shafts and waited for an opportunity to exit. On April 19, after a week of hiding, the marines left Mariupol on foot towards the nearest Ukrainian positions. They sneaked out through the old positions and followed Kalmius river north. They moved mostly at night, rested during the day. On May 3, after two weeks, first marines reached forward positions of Ukrainian forces near Zolota Niva.

Out of 76 marines, who decided to sneak out from Mariupol, only seven made it. Some died while crossing a river, some were caught and killed during a battle.

501st Marine Battalion surrendered during the Siege of Mariupol, the tank battalion was defeated during the same battle. Only small parts of the remaining two infantry battalions managed to escape. The rear elements, such as anti-air battalion, artillery detachment etc were located in Mykolaiv at the start of Russian invasion.

A typical Ukrainian mechanized brigades is 3 000 men strong. If we count 1000 losses (give or take), then 36th Marine Brigade lost almost ~33% of its strength, which might sound low, but the fighting strength was seriously harmed.

The 1st Marine Battalion was re-created after the battle of Mariupol in April/May 2022.

The brigade lost all of its T-80BV tanks, most of BTR-80s, BTR-70 APCs and BMP-1 IFVs. You can check the losses in our Losses database.

None at this moment.

The unit’s page has been updated with up-to-date information. Make sure to check it out for more information about the brigade -> 36th Marine Brigade

Majority of 503rd wasn’t in Mariupol but nearby Donetsk at that time.

I’m looking forward to read the next unitrep.