UNITREP is our new series focusing on the current status of Ukrainian units. Today, we’re going to cover the Knights of the Winter Campaign. 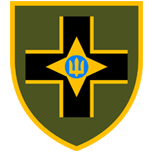 28th Mechanized Brigade is a standard mechanized brigade of Ukrainian Ground Forces. At the begging of Russian invasion, the brigade was stationed in Odesa and nearby surroundings.

On February 24, during the first hours of the invasion, soldiers of the brigade foiled a Russian ambitious landing at Kobleve in Mykolaiv Oblast. Thanks to the actions of the brigade, the enemy couldn’t secure the landing zone and the main force had to withdraw.

In March, as it became apparent there are no direct threats to Odesa Oblast from the sea, a mechanized battalion was dispatched to support Ukrainian troops defending Mykolaiv. Subsequently, most of the brigade left for Mykolaiv and is, until today, deployed on the frontline between Mykolaiv and Kherson. Only one mechanized battalion remains stationed in Odesa. The experienced soldiers of 28th Mechanized Brigade help to train servicemen of the 126th Odesa City Defense Brigade of Territorial Defense Forces.

On July 23, a Russian rocket hit a command post of the brigade near Mykolaiv and killed the commander and three high-ranking officers. The almost unscathed brigade suffered its first significant losses.

In August 2022, Col. Yuriy Madar was appointed as the new commander of 28th Mechanized Brigade.

A dozen of servicemen were wounded, none captured.

A typical Ukrainian mechanized brigades is 3 000 men strong. If we count with 50 wounded soldiers, then 28th Mechanized Brigade lost less than 2% of its strength since February 24.

An additional 5th Reserve Battalion was formed in March 2022, likely due to slow formation process of the local territorial brigade. The brigade is thus larger than a standard mechanized brigade.

There is no documented loss of equipment.

The unit’s page has been updated with up-to-date information. Make sure to check it out for more information about the brigade -> 28th Mechanized Brigade