Despite the long silence about Yarosh’s Volunteer Army, the army still exist and is prepared to defend Ukraine.

Dmitry Yarosh, the ex-leader of Pravy Sektor and commander of Ukrainian Volunteer Army (UDA), announced readiness of UDA to defend Ukraine in case of hostilities. He recently visited Donbas and other unspecified areas in Ukraine and checked the units under his command.

“Ukrainian Volunteer Army, under the full command of the Ukrainian Army, is ready to deploy and effectively counter-attack where needed.” – Dmitry Yarosh

An interesting piece to learn is that Ukrainian Volunteer Army, according to Yarosh, is under the full command of Ukrainian Army and no longer a standalone element.

Despite reports of some units being disarmed in 2019, it seems that’s no longer the case. Futhermore, Yarosh stated that two units actively participate in the hostilities and are deployed in Donbas. 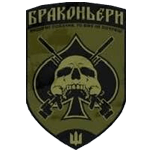 Our list of Ukrainian Volunteer Army was updated to reflect changes above.