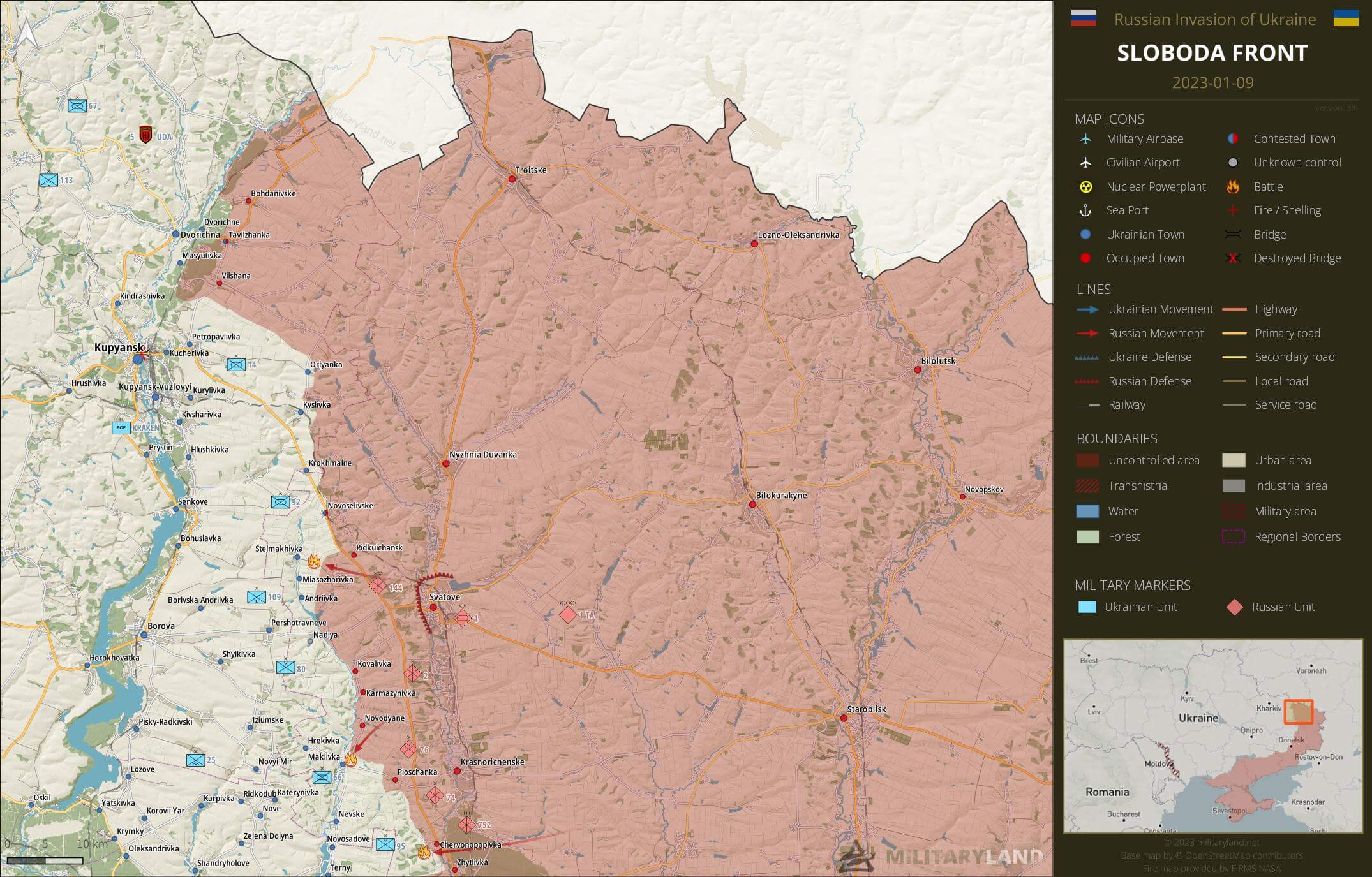 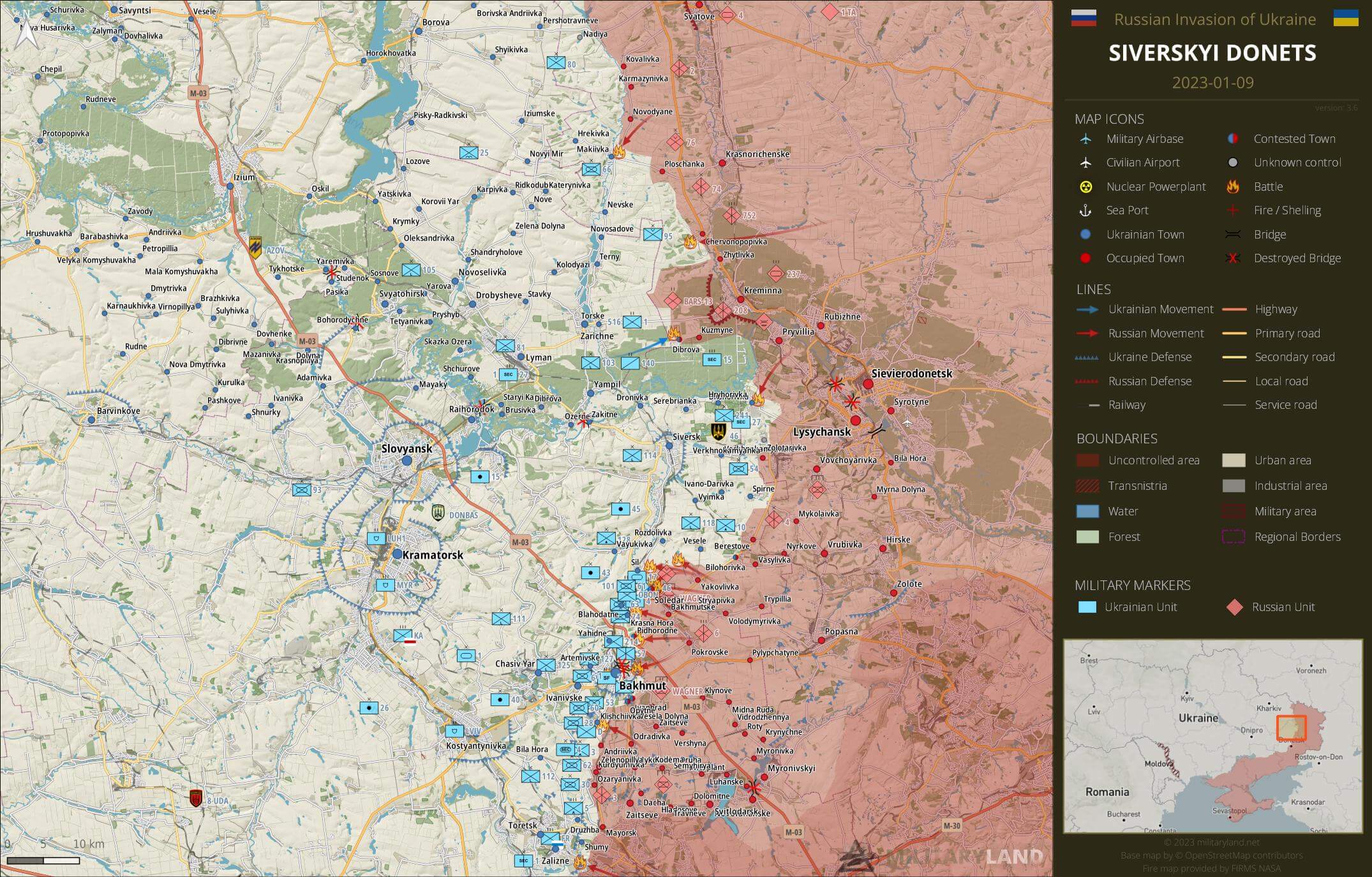 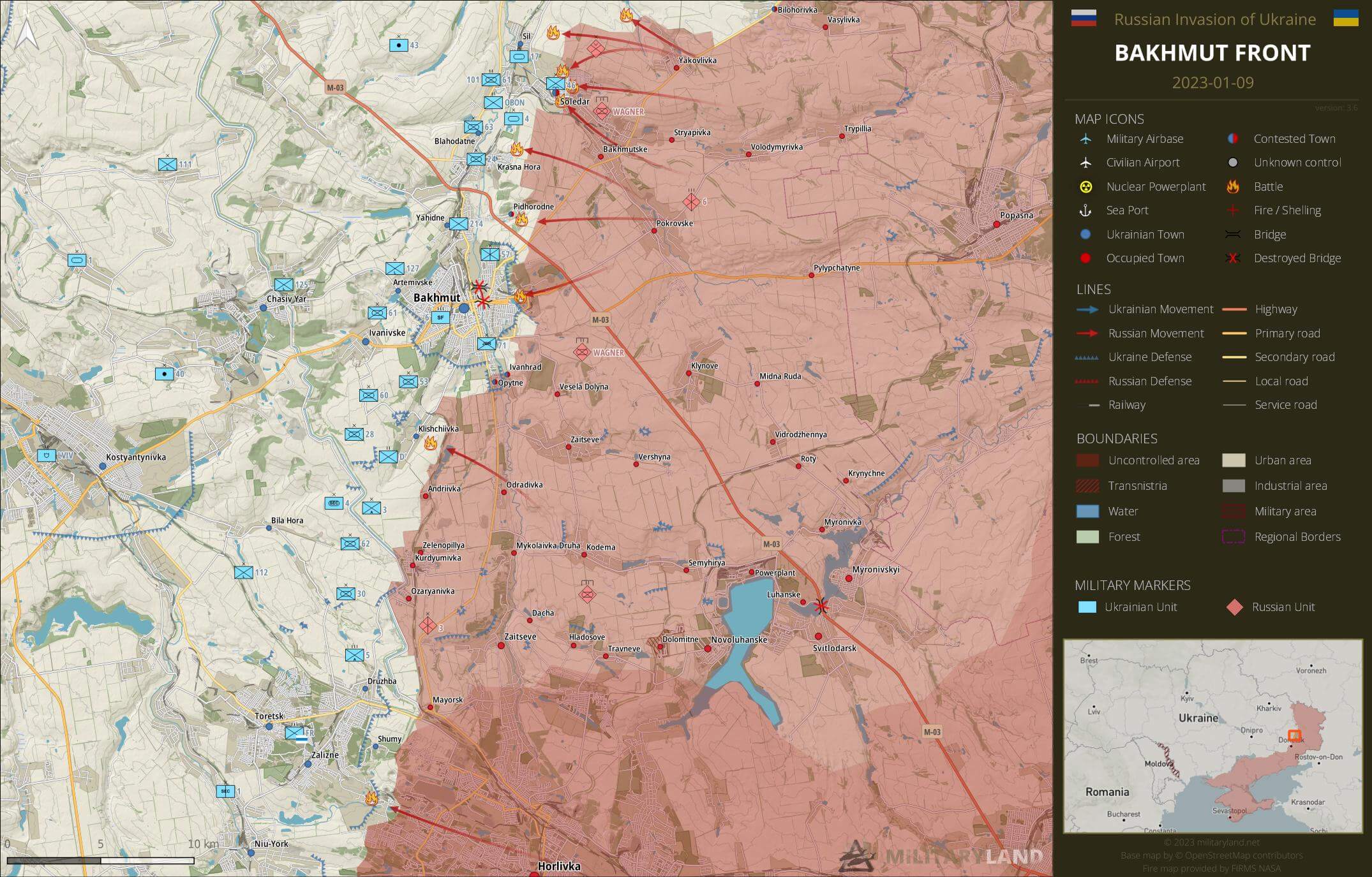 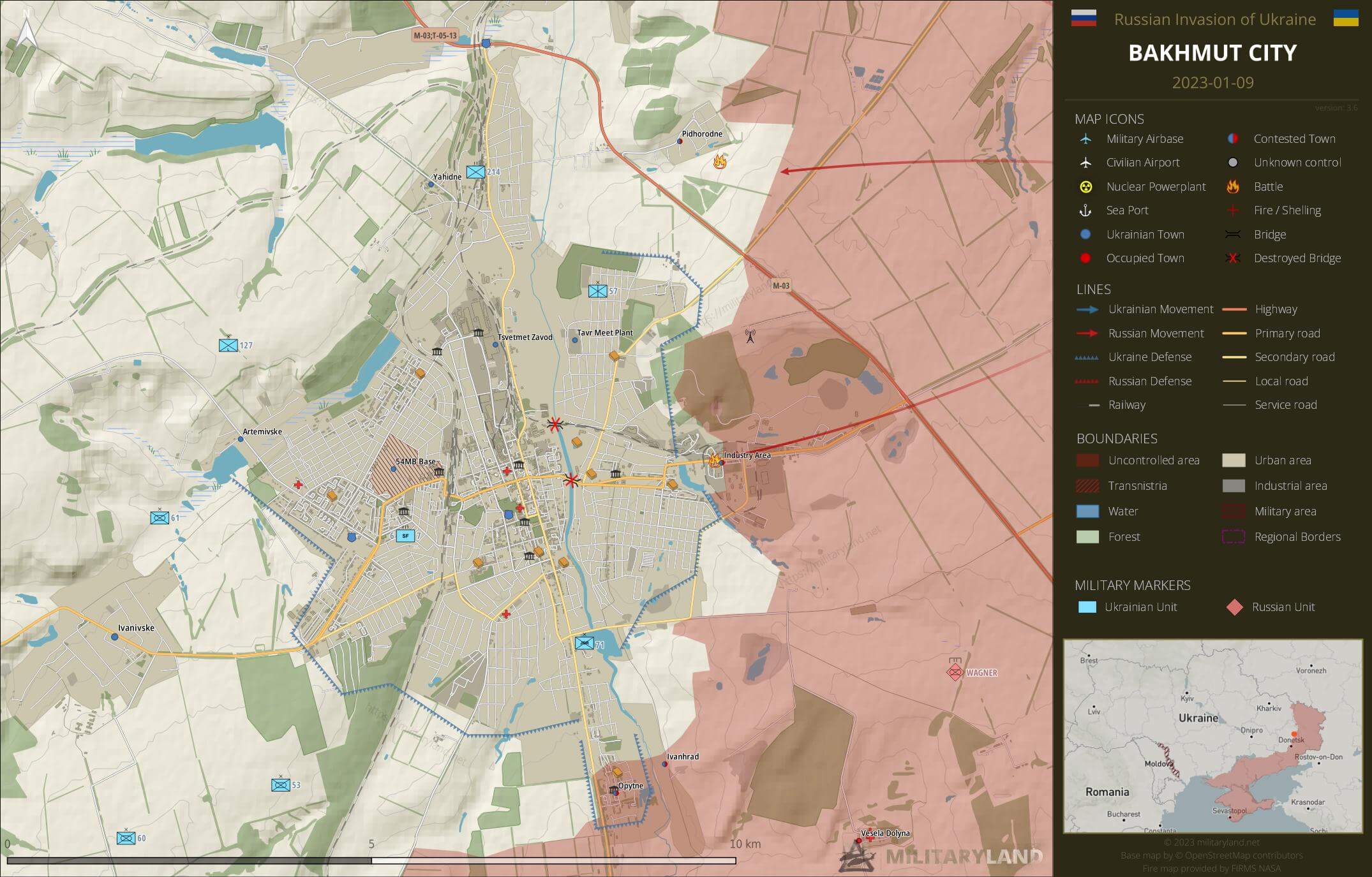 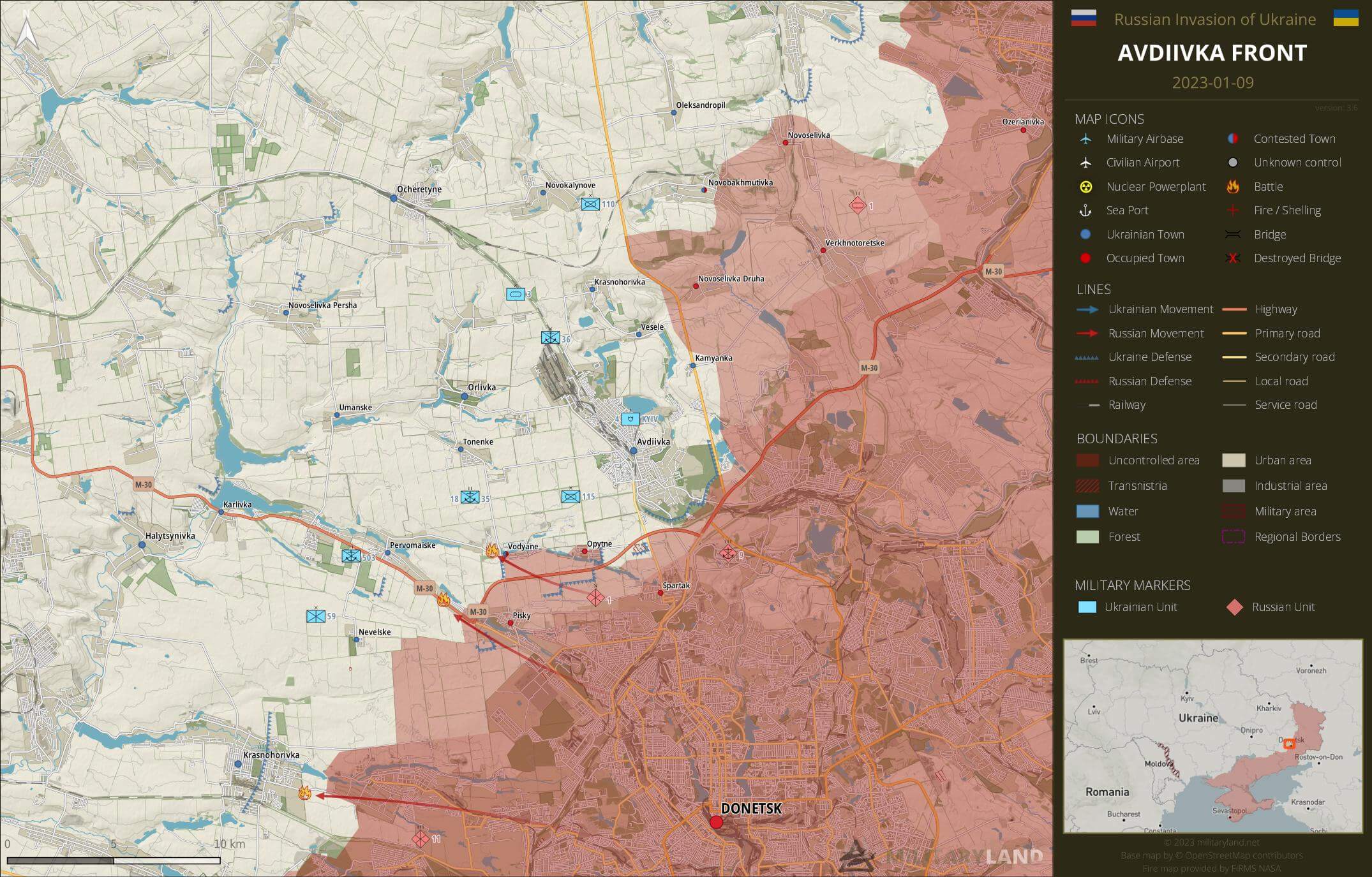 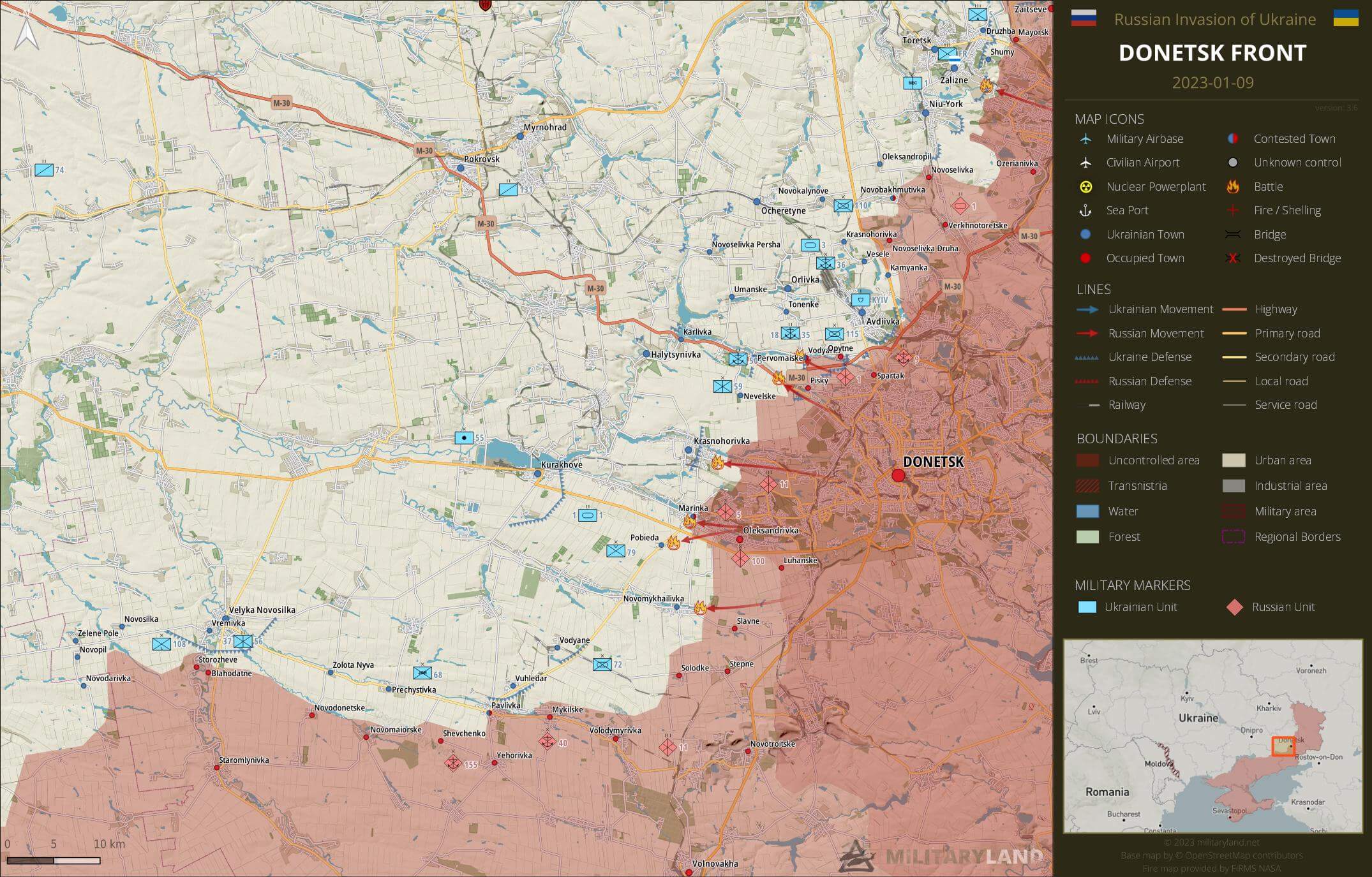 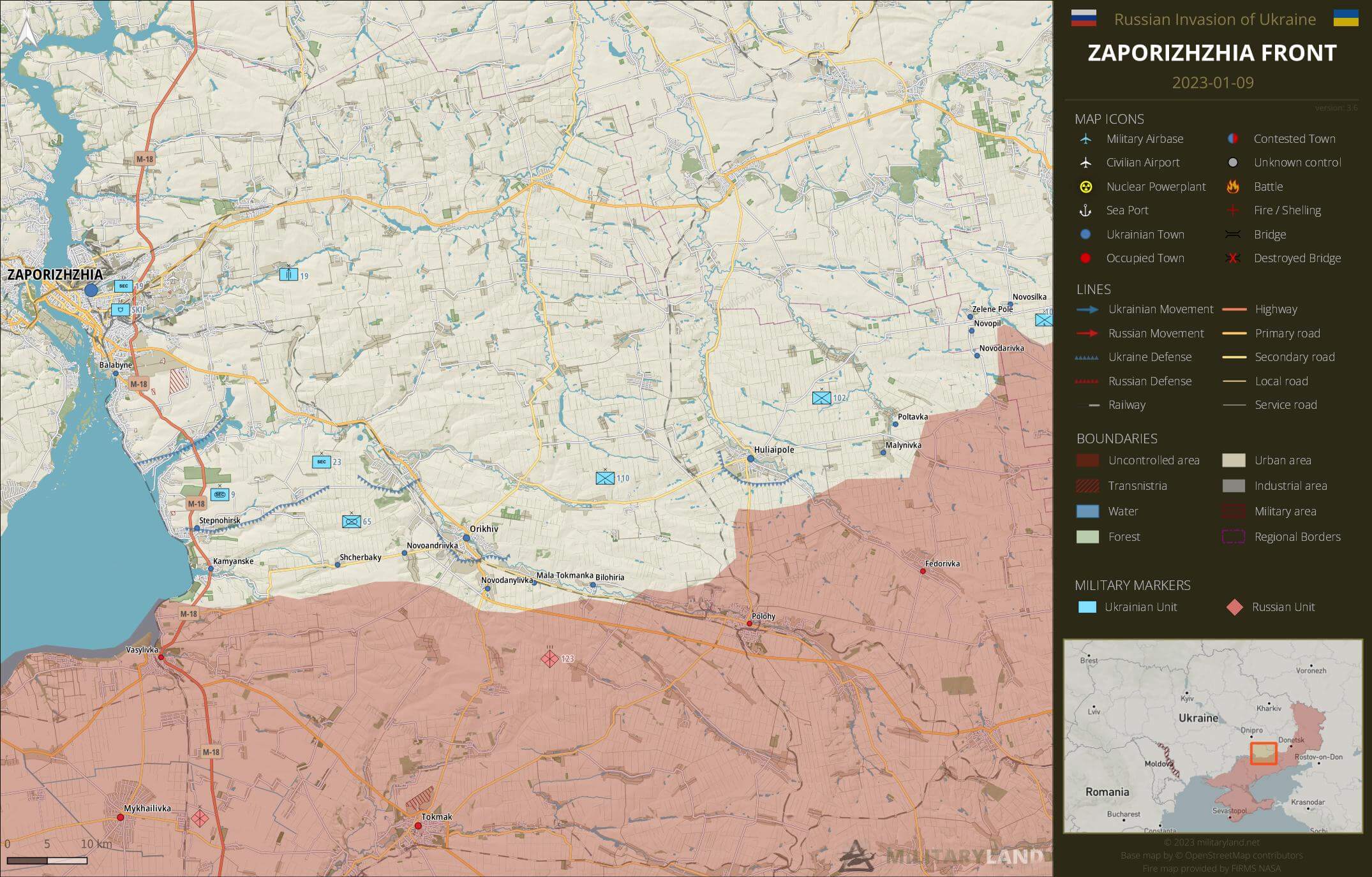 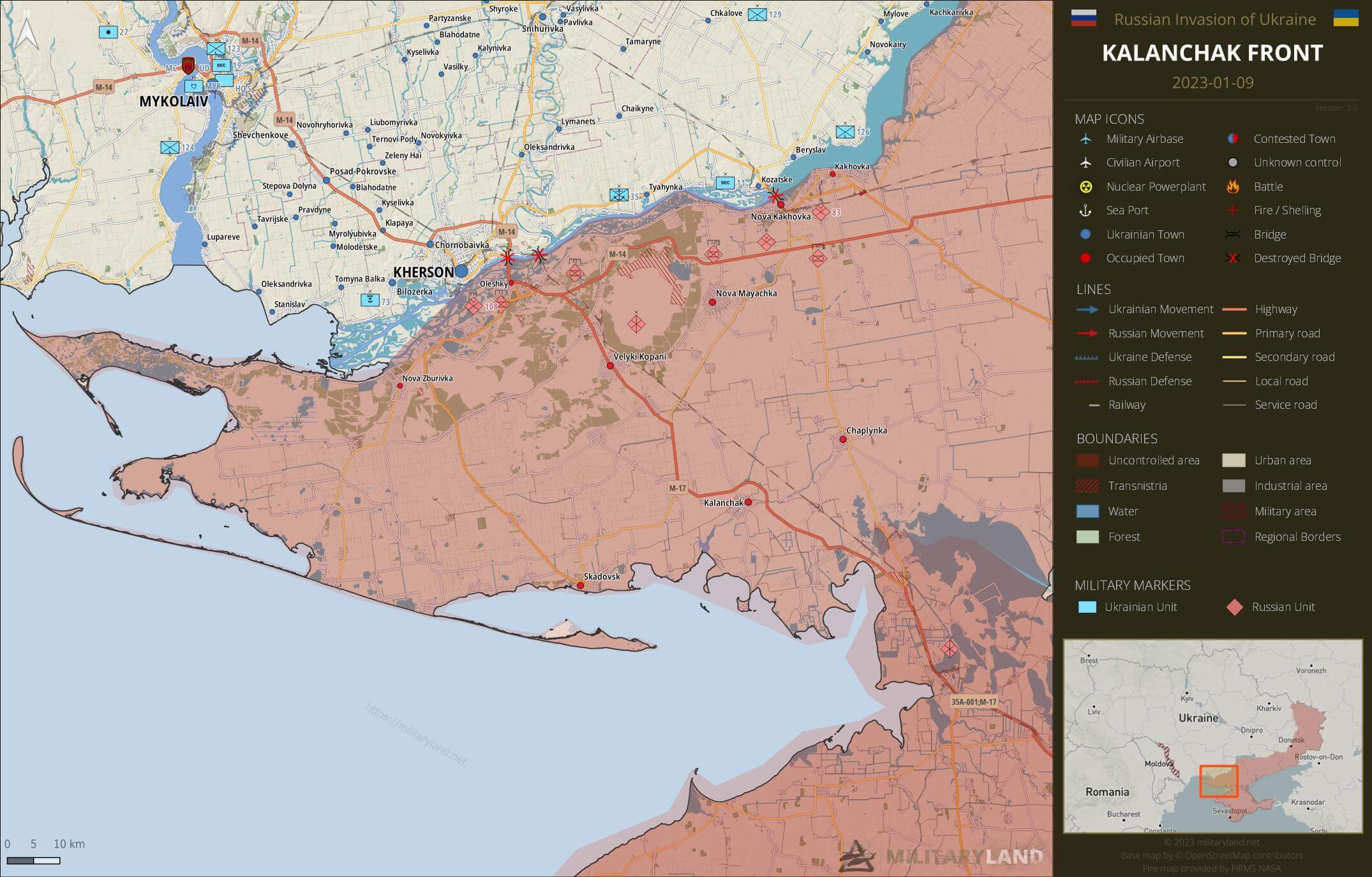 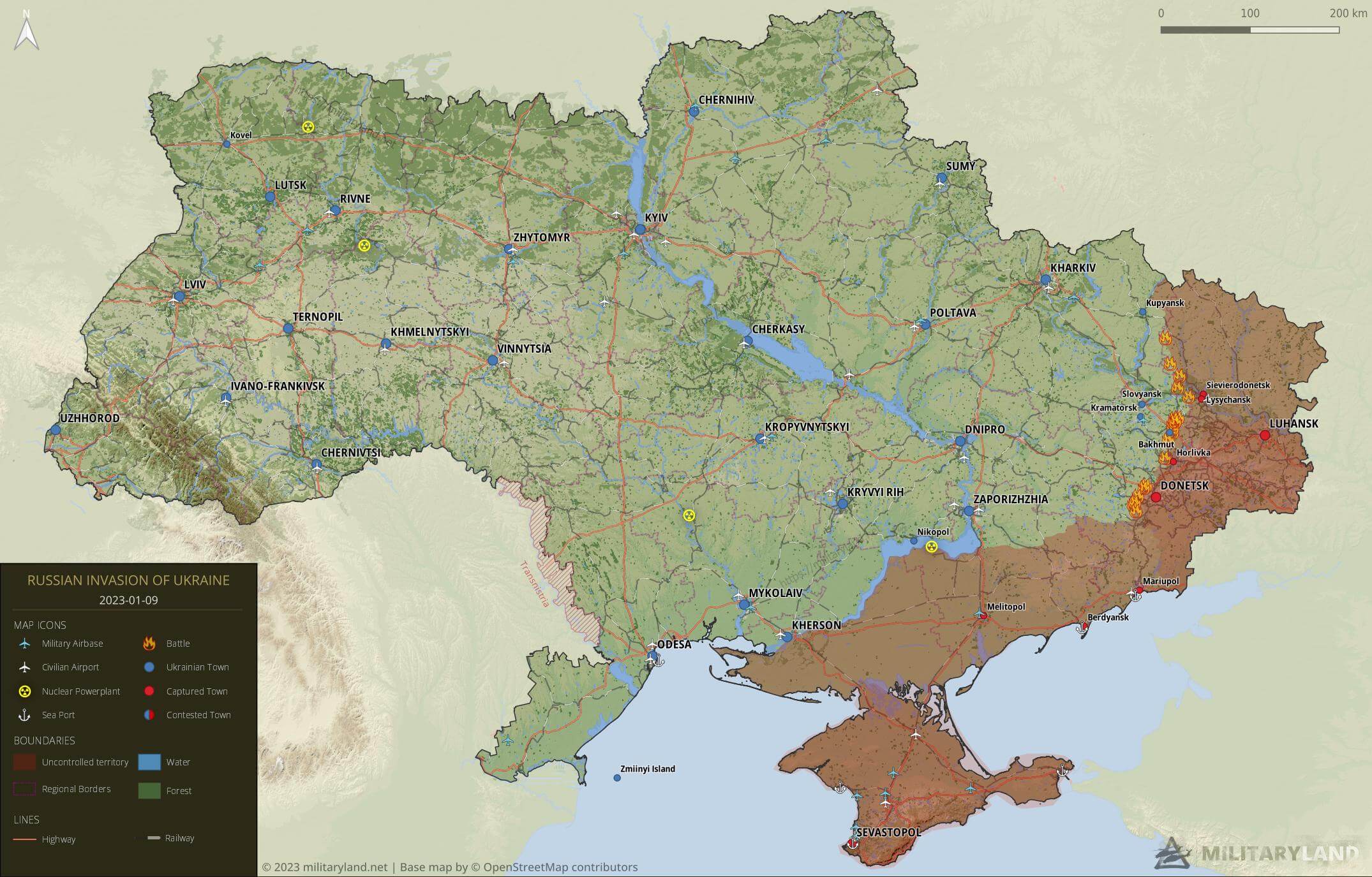 About 10 days ago, RU sources claimed control of the settlement.

Good map to find out the situation of the war!

Prigozhin has just announced that Wagner had taken control “of the entire territory of Soledar”. Fighting is continuing in the centre where Ukrainian units are reportedly encircled. There are prisoners. https://t.me/RVvoenkor/35664

I just wanted to say thank you for maintaining this site. I love reading your updates! Have a great day!

Well, hoping that I am proven wrong but: It looks like Russian mobilization, slow western support (tanks, planes!), ammunition issues and the Kherson retreat stopped Ukrainian momentum. If this holds true, that is very bad news for everybody and probably the worst for Russia. Ukraine will win, because it will win the contest of will, and it will be rebuilt with western help.

How old are you.
What country do you live in?

Old enough to know that wars are decided by will and logistics and that the first can compensate a lot of the later, e.g. i saw Afghanistan winning twice, which is why russia has absolutly no chance of winning this. The question is only how long it will take. I am also old enough to have a mother whos homes in Essen and Hanau got destroyed while the country fought a lost war till the… Read more »

And how old are you and in which country do you live?

Western and particularly US support is the determining factor, in my view, even more than motivation. Another unknown is Russia’s ultimate military capabilities. By this I mean the potential it could reach in terms of military production should it decide to shift gears towards a full-fledged war economy. Propaganda aside, there is no “all-for-the-front” doctrine yet.

Yes, western support is the biggest variable in the equation, but not concering the outcome, rather concerning the duration. Western support will always be big enough to fight on, and fight on Ukraine will, at least until the boarders of 23.2.22, i would argue until Russia, or better what is left of it, left the whole of Ukraine.
The will, or motivation is the reason why Russia will loose.

No, there is no “all-for-the-front” Russian doctrine yet, but all policies in that direction, like “partial” mobilization, have a long term price tag which will just further the Russian long term decline. Also Russias economy is based on commodity exports and not on industry anymore, which in turn greatly reduces its industrial mobilization potential.

Russians managed to breakthrough, although I don’t know if there is visual proof that they took it.
It usually takes 1-3 days till Wagner makes statements or gives proof.
So you can imagine that it can take a long time, till things are proven and certain.
The only time you can be 100% certain of the truth, if there is distinct evidence or the opposing side admits to losing land.

Also according to deepstatemap’s territorial control estimate, Russian forces gained 14 km2 in the last 24 hours in the Bakhmut/Soledar area.

It’ll remain marked as contested on my maps until we have a proof that RU indeed controls it.