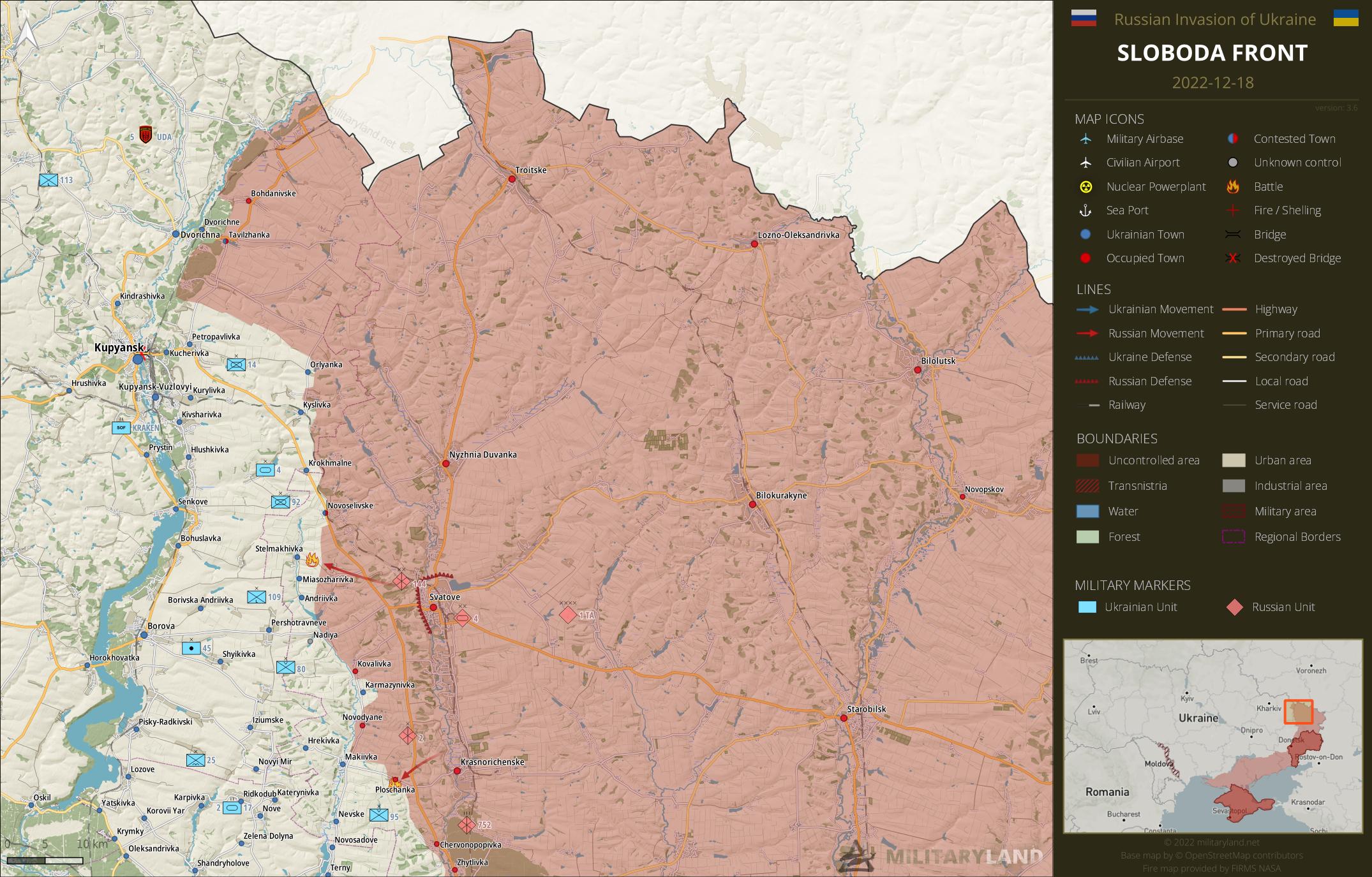 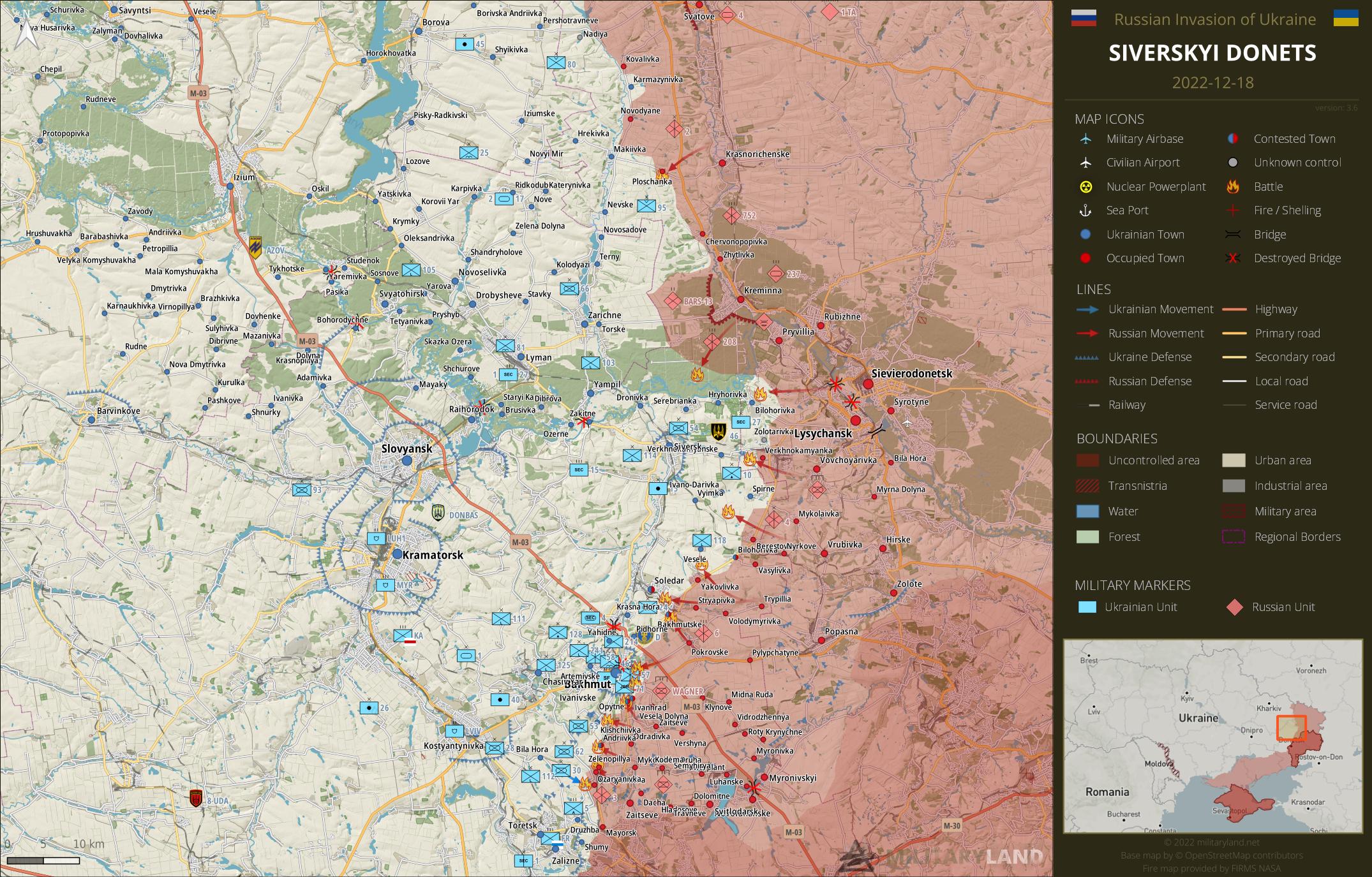 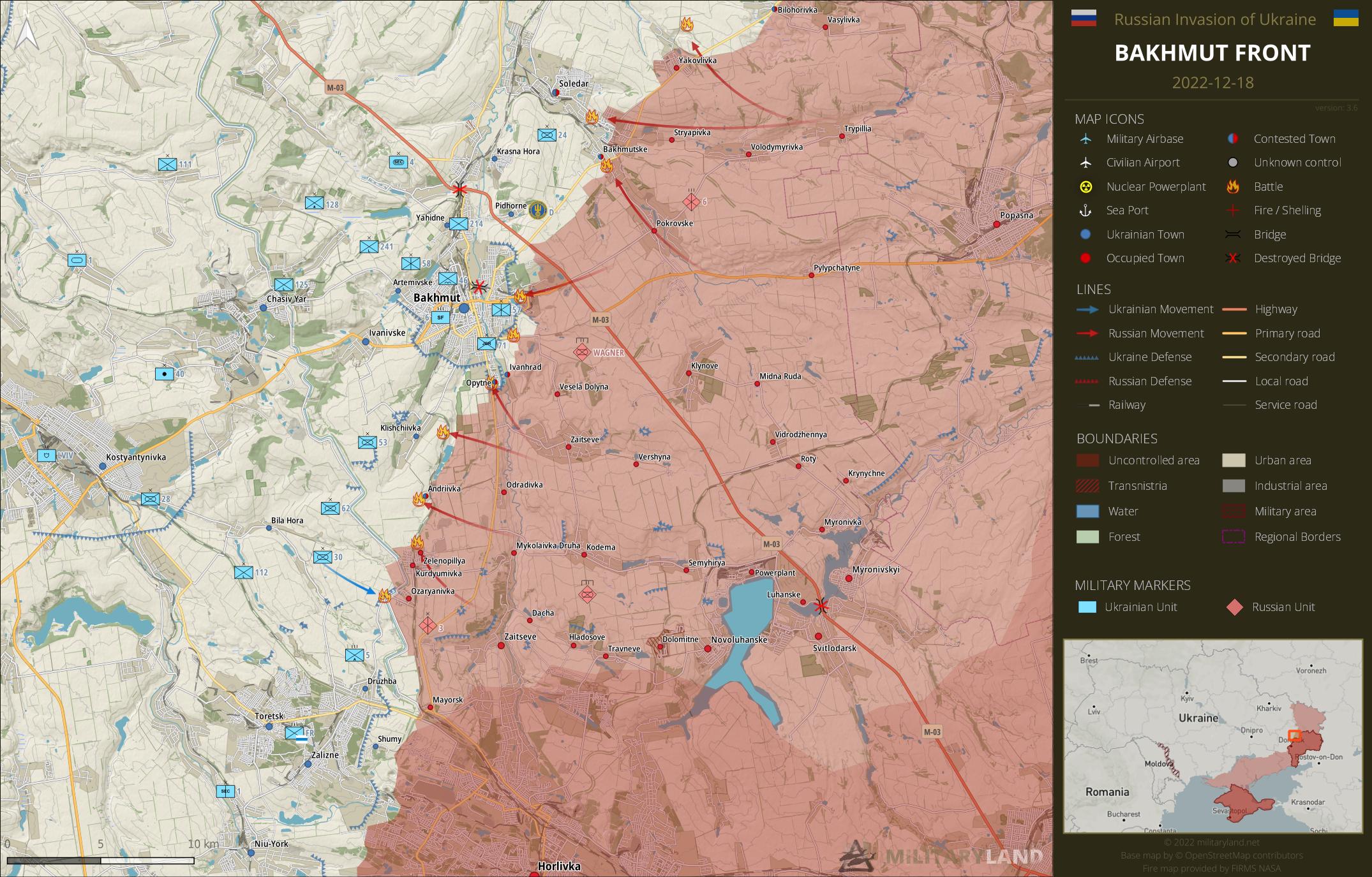 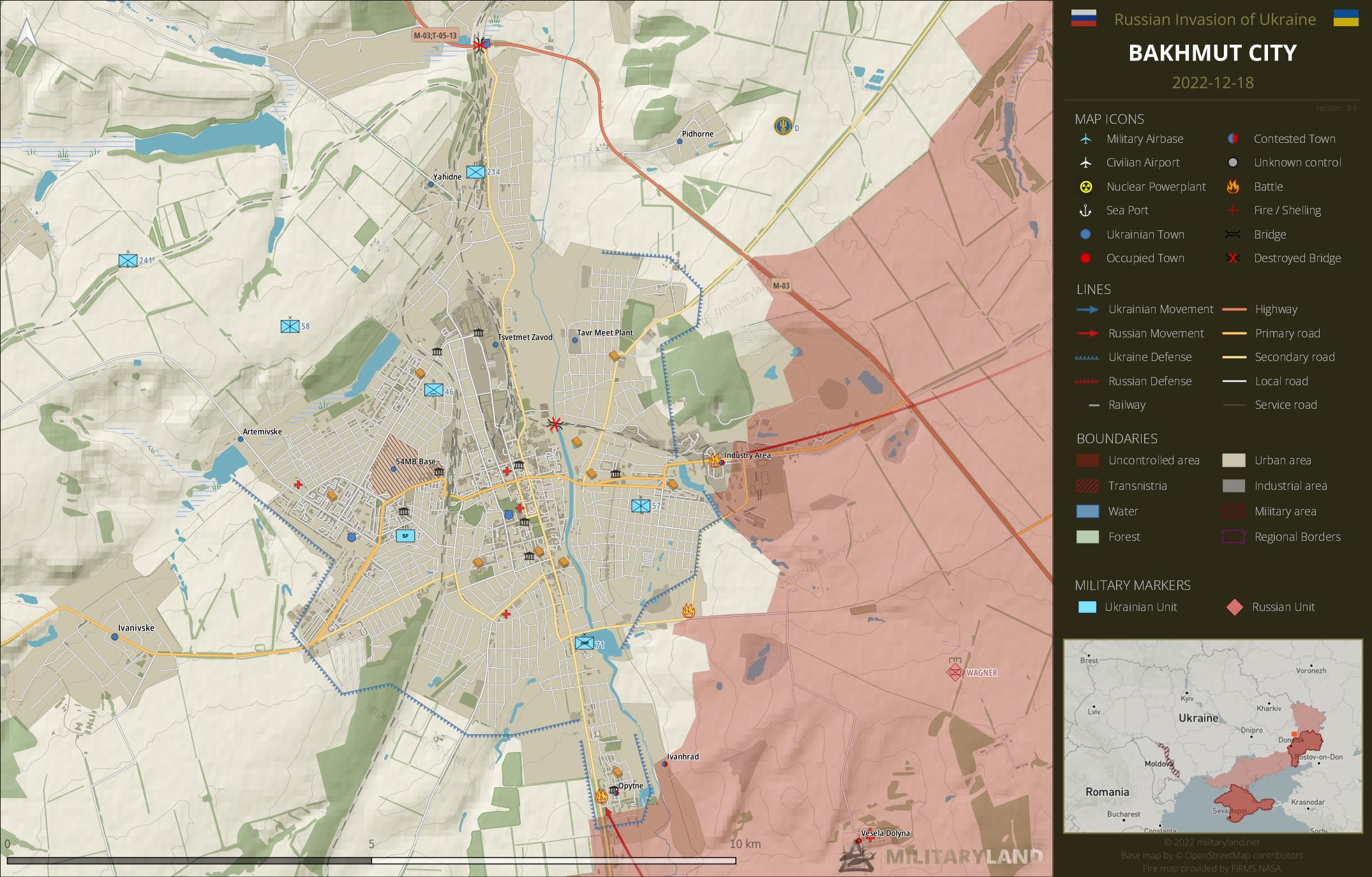 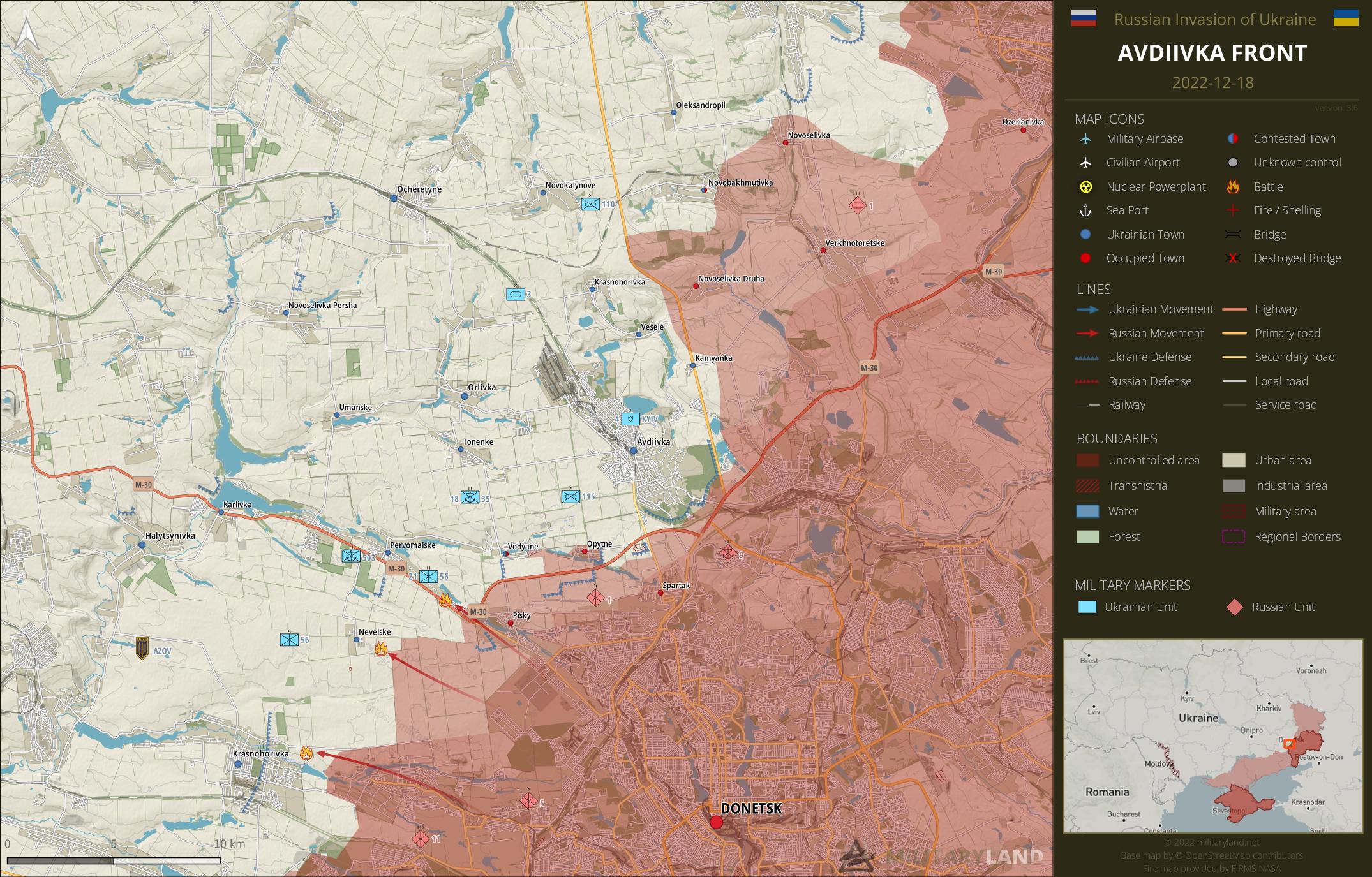 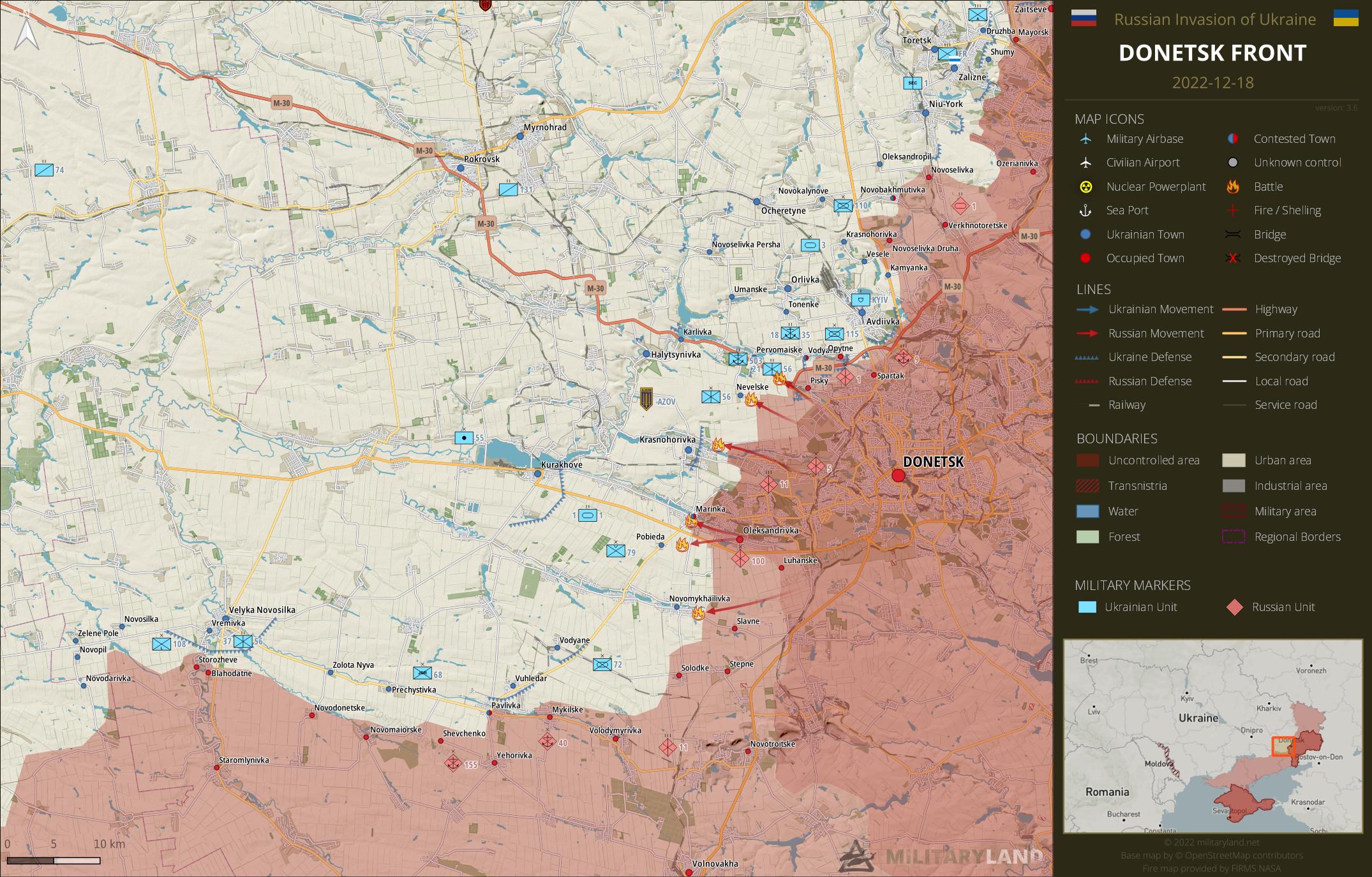 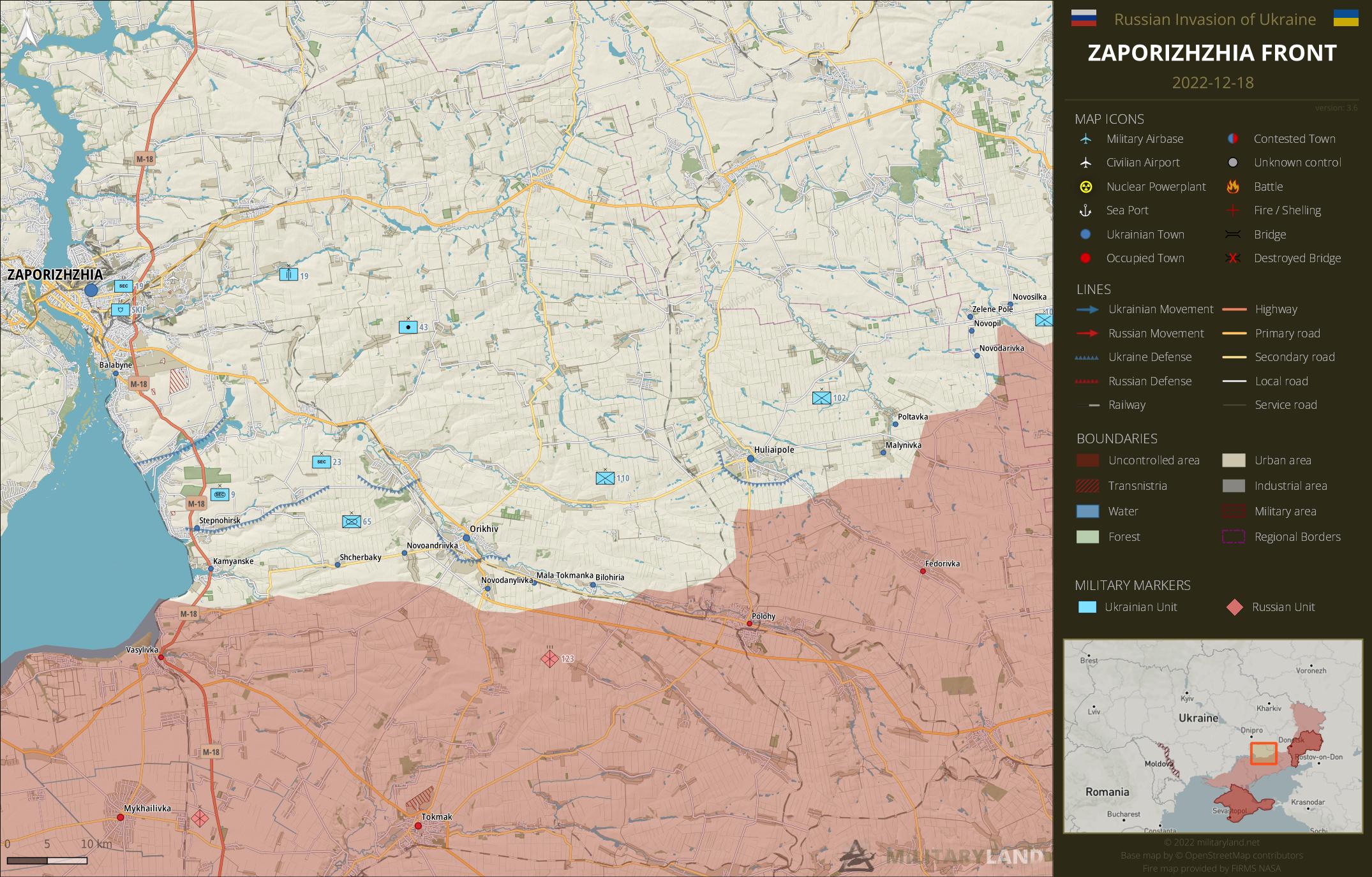 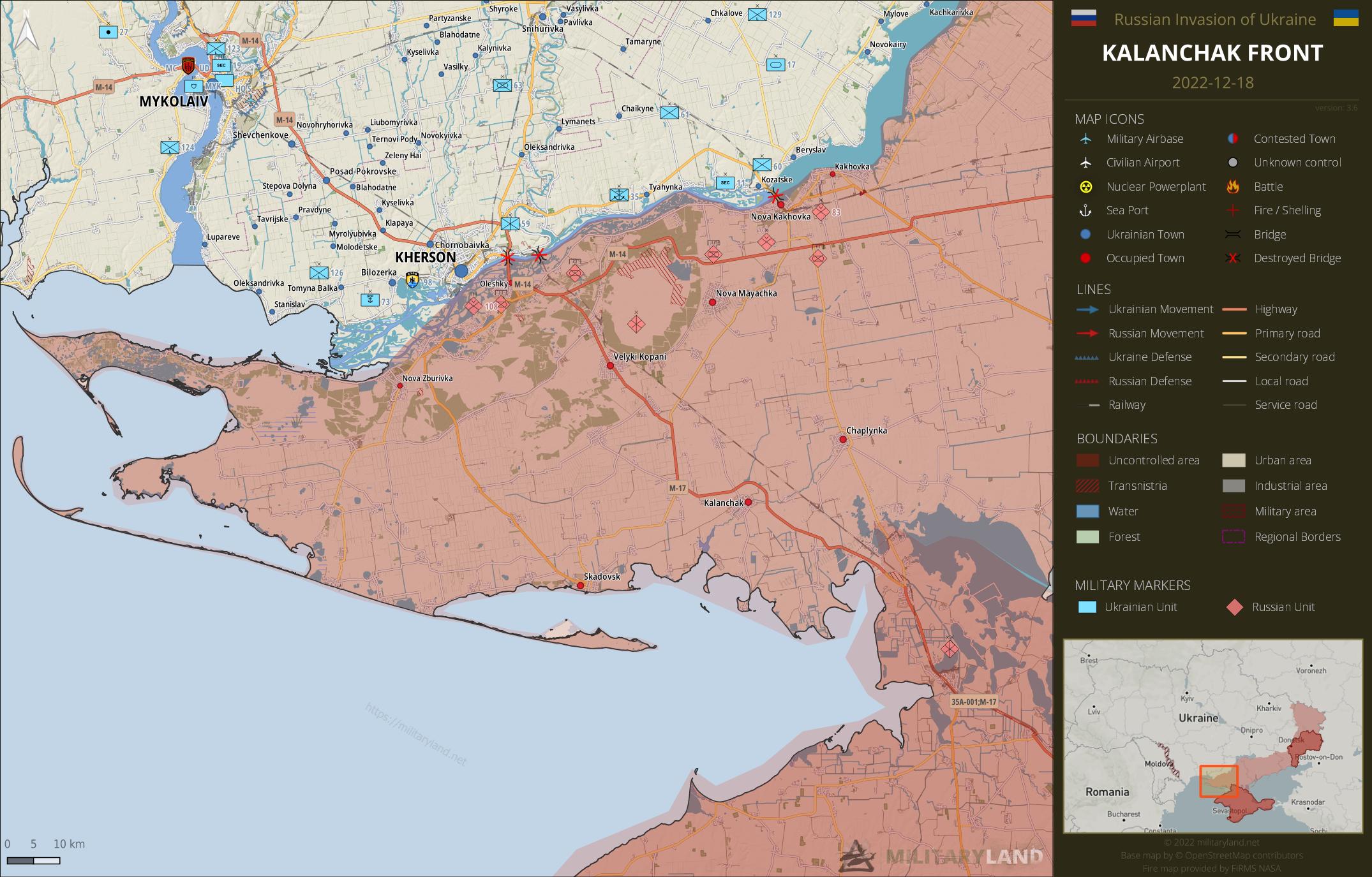 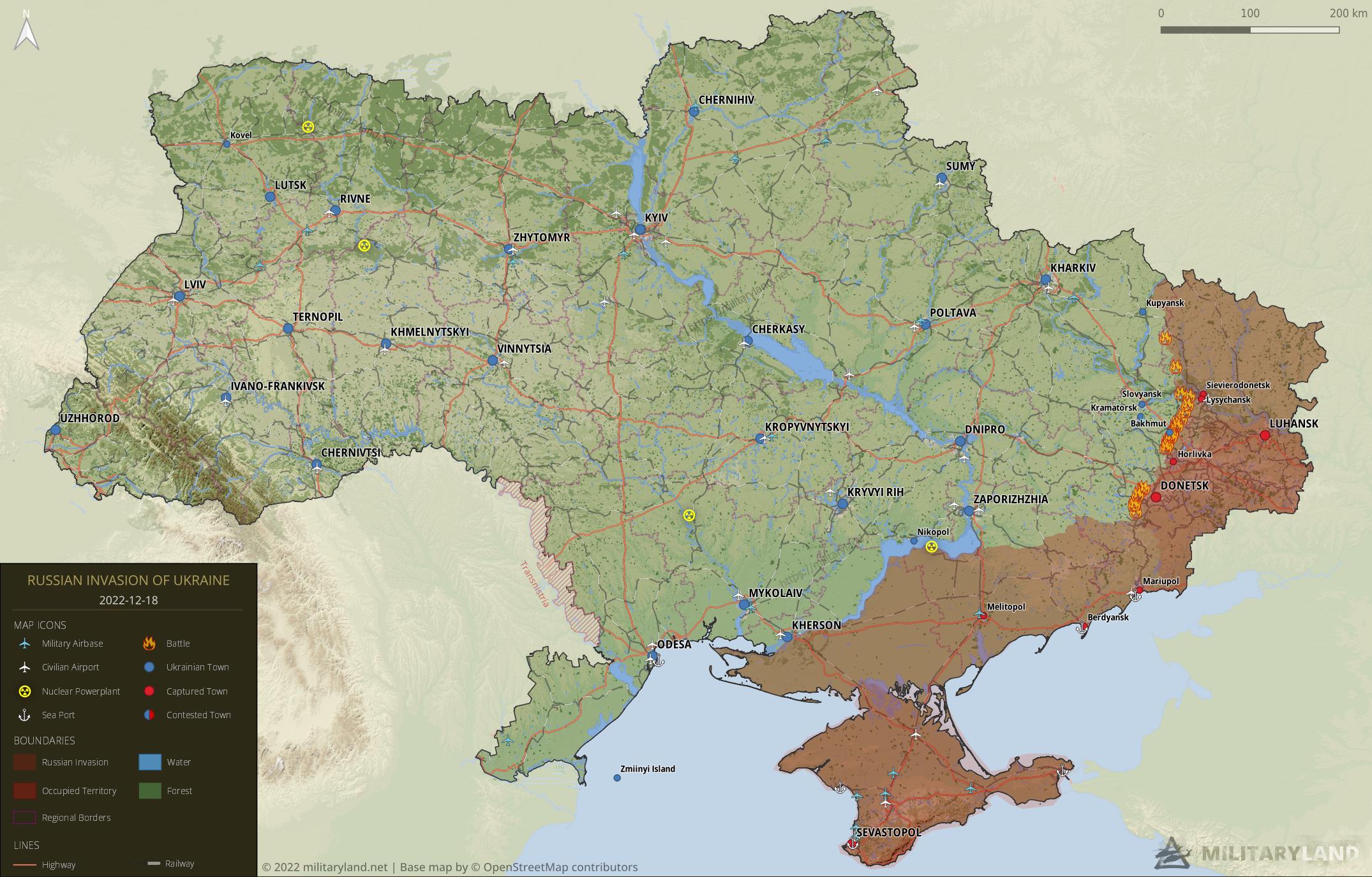 The problem is not the number of ammunition stocks, the transportation to the front is the Problem. For this you need a lot of trucks, trains, roads and rails.

The important bridges have been destroyed, the remaining highways are easy targets, and the rail infrastructure in eastern Ukraine has been almost completely destroyed.

Russia can still have 100 million shells, but if they don’t get to the front, they will continue to rot in the warehouses.

One could suggest they have been rotten since the 80s. Russia will begin running out of barrels before ammo.

Estonian army intelligence: https://www.err.ee/1608815563/grosberg-venemaal-jatkub-rundevoimet-veel-kauaks. Assesses RU has used to 10mn. 152mm shells of assessed pre-war stores, of 17mn. Pre-war yearly prod. is assessed as being, 1,7mn. shells – as RU has increased prod. it’s assessed be increased into, 3,4mn. shells. Thus they assess, RU probably has got another year’s worth of 152mm. shells.

Don’t forget that they also buy shells from other nations. They probably have more than a year with their current consumption. If they also step up the production they could probably last several years.

Their consumption of shells differs by source but with the low estimate of 20k a day they already have more than a year left. If your source is correct that is.

Doubling production is allready quite a lot, but can be done by maximizing existing production lines to 24/7 shifts. Building up more production lines takes quite some time, so i wouldn´t count on a lot more increase in short or middle term.
10 mn. in 10 months would be 30k+ per day used.
I think british intelligence talked about russia having to use older shells from stock early next year.

But do they have the barrels. Tou can only fire constantly so long as you can replace them. I would be interested to see the rate of barrel destruction/production. Could probably get a rough number using shells fired if i knew the barrel life on Russian arty.

Probably won’t be an issue for a nation that quite literally focused on arty for the past decades
Some cases of bursting arty are there, but that’s hardly something to be worried about, because ya know it happens
Artillery is not particularly a tool that would be considered expensive
If they already fired about 10million shells and the destruction would be bad than they shouldn’t have any left

in that matter Murz in his usual half-hysteric tone, dissagrees, and unlike any of us, I suppose, he actually was and is near or directly on the frontline.
https://wartranslated.com/russian-volunteer-murz-on-why-russia-is-not-ready-to-defend-ukrainian-winter-offensive/

It’s possible RU has massive stores of barrels from Soviet era, they’re not that hard to store – can be stacked inside ware-houses, they require lot’s less space than gun chassis.
–Tanks and armored vehicles from Soviet era, more problematic as RU appears have, used outside storage — anyone knows, 20 – 30 years of outside in any weather, and high percentage likely is ruined beyond redemption.

At least, the 152 Soviet era guns, has smaller range than NATO 155mm guns, plus are appreciably less accurate — that gives Ukr. an advantage, as long as Ukr. has enough 155 ammo, despite greater numbers of RU 152 guns.
With inferior range, RU has to accept high casualty rate among 152mm gun teams, and among guns, when in action.
Attrition of gun-chassis, may be more serious than for, barrels.

well that’s just false.
firstly russian 152 can shoot a looong distance like the 2A36 Giatsint-B, which has a range of 40km, with the right shells.
this is the same as the M982 Excalibur for the m777it all depends on what shells they are using.
rocket artillery is a bit different and russia has definitely the advantage there.
but most of their artillery is equal. russia just has more.

Mr. I’m talking about, normal range — these specialist shells are almost never used; the hard shelling RU is maintaining is done with ‘normal shells’ and with those — the 155 out-ranges the 152 by several km. Normal for 152 is bit over 20km. while normal for 155 is just about 30km. Those are the distances that matter, and that gives the 155mm. an advantage.

With inferior range, RU has to accept high casualty rate among 152mm gun teams, and among guns, when in action.

this is also just blatantly wrong.
if you think ukraine kills more russians despite having a firepower disadvantage, you must be on some stuff that i would gladly buy.
counterbattery isn’t as easy as waiting and then firing. most of russian artillery is way behind the frontline.

example.
ukraine has 1 arty and russia 8. russia fires with 4 and ukraine counters with 1. ukraine if lucky destroyed 1, but russia counters with their 4, destroying the ukrainian one, with such a advantage it doesn’t even matter how accurate you are.

by your wonderful argument, there is simply no way that Ukr. has any gun left in inventory(that includingwestern ones). Вку́сно — и то́чка, right?

this was an example for counterbattery, not an argument.
the argument was that ukrainian arty is so good it can destroy russian arty just through counterbattery fire despite their maximum range being not better than what russia has. which if you actually look at the number don’t quite add up.
i merely denied what the other guy says, by usuing data provided by ukr. and wikipedia for this example

maybe instead speculating, you would dare to read an actual testimonials, especialy from the Ru’s side ones. If you cannot read in Russian on telegram or Murz ‘s livejournal, try translations from e.g. Dmitri.

Since late July, Ukr. operated 155 guns have spread havoc among RU gun crews, as RU operates so many 152 guns – RU can handle the losses for a while, however the losses among gun crews, must bite RU over time — as skilled gun crews are replaced, with new-trained less skilled, or even largely untrained.
And moreover RU hasn’t got infinite guns, so in long run this is a losing game for RU.

Mr. Neutral is comprehensively wrong, however right he reckons his self being — the 155 guns are longer ranged, hence it’s not so important that there are far fewer of ’em, being more accurate — they don’t need fire as many shells to have impact, and they can murder RU artillery, having greater range, without RU artillery being effectively able to, do the same back.
Overall, losing game for RU.

Mr. you truly understand nothing – this doesn’t work this way at all, because NATO guns have greater range, no that’s correct – moreover far more accurate, no that’s correct, each shell fired by the NATO guns has far greater impact — as hit probability is far greater, i.e. far more likely to hit, while RU guns waste lot’s of ammo, due to significant inaccuracy.
–Greater range, greater accuracy.

Rubbish, as 155 NATO guns, out-range RU 152 — they can counter fire with 100% impunity, which renders the duels completely one-sided, which explains high casualty rates among RU artillery since late July.
Because RU has to many guns, it can take these losses on the chin, for a while — even so, the casualties have to mean, RU is losing capable crews, and forced to replace with less capable.

Yes I think 155 shells are greater killers, despite being fewer: M777 has max range, 70km. rocket assisted, and bit over 40km. with the type you mentioned – 30km. normal. That is superior to RU 152.
That means, RU artillery logically suffers severe casualties – dueling with the likes of M777, as M777 can stay out-range, while hammering RU artillery with impunity.
–No, it’s not false.

I mean, because RU probably has – fewer gun chassis available than barrels, thus if significant destruction of chassis is caused by — RU gun teams, firing thus revealing their position, then being counter-fired by Ukr. 155 NATO sourced guns leaving RU gun teams unable to reply in kind; destruction of gun chassis may ultimately result in erosion of RU ability to maintain the rate of current fire.

“I doubt any other country than RU prod. 152mm. shells.” This is actually not the truth. Just in Europe: Bulgaria, Romania, Slovakia (& probably Czechia) and Poland. DDR’s (Soviet Eastern Germany) capabilities were dismantled after unification. From what we know for sure (by official sources) Bulgaria produces shells in quite impressive volumes right now. –>

–> and they were bought/ordered by US and EU for Ukraine. I have no idea how big are actually Polish capabilities (they were once substantial) though – again, only from official sources, the production is ongoing and seemingly already enlarged. Poland still has got a lot of post-soviet guns in inventory, even if modernised still in calibre.

Would any of those countries — hand shells over to Russia? As obviously they wouldn’t then what does it matter? If anything, they’re a sources of such shells for Ukr. and probably have helped already.

Why isn’t Ukrainian intelligence targeting Russian military factories? I think this is the most important target in Russia and I bet western intelligence knows where all the military production is located

Factories are not easy to destroy targets – really doubt it’s within Ukr. ability.

risky, escalating, counterproductive. IF Ukraine would decide to really struck Russian industry really badly, Kursk, Tambov and Lipetsk rail depos and supporting infrastructure would be a target (also oil infrastructure in Far East). Not easy one, probably suicidal for the teams but devastating in the short/mid-term.

I doubt, that the 17 mn. rounds will hold to the test of history.
There are to many signs that russia is running low on artillery ammo. But even if they have another year of 30k rounds lost daily, it did not help them yet and the year will end.

Never doubted RU has lots of shells they inherited from Soviet times and USSR really made lot’s of ammo, shells aren’t super difficult to store – so I’ve never found it lacking cred. RU has lot’s of ammo.
Doesn’t mean, RU obviously endures another year — since late July, Ukr. has been murdering RU artillery with NATO 155, that out range Soviet 152. As 155 out ranges 152, gun duels are one sided.

Artillery ammo has a life span. Sovjet ammo stocks are not a thing here.