Situation remains difficult in the area of Bakhmut as Russian troops managed to enter first buildings on the eastern outskirts. Ukrainian forces, despite the recent reinforcements, are unable to stop the endless waves of Russian troops and the air and artillery superiority helps Russians to advance forward.

The amount and intensity of Russian attacks across the whole front seems to be increasing, but Russians so far haven’t found any wunderwaffe to make a larger advance. 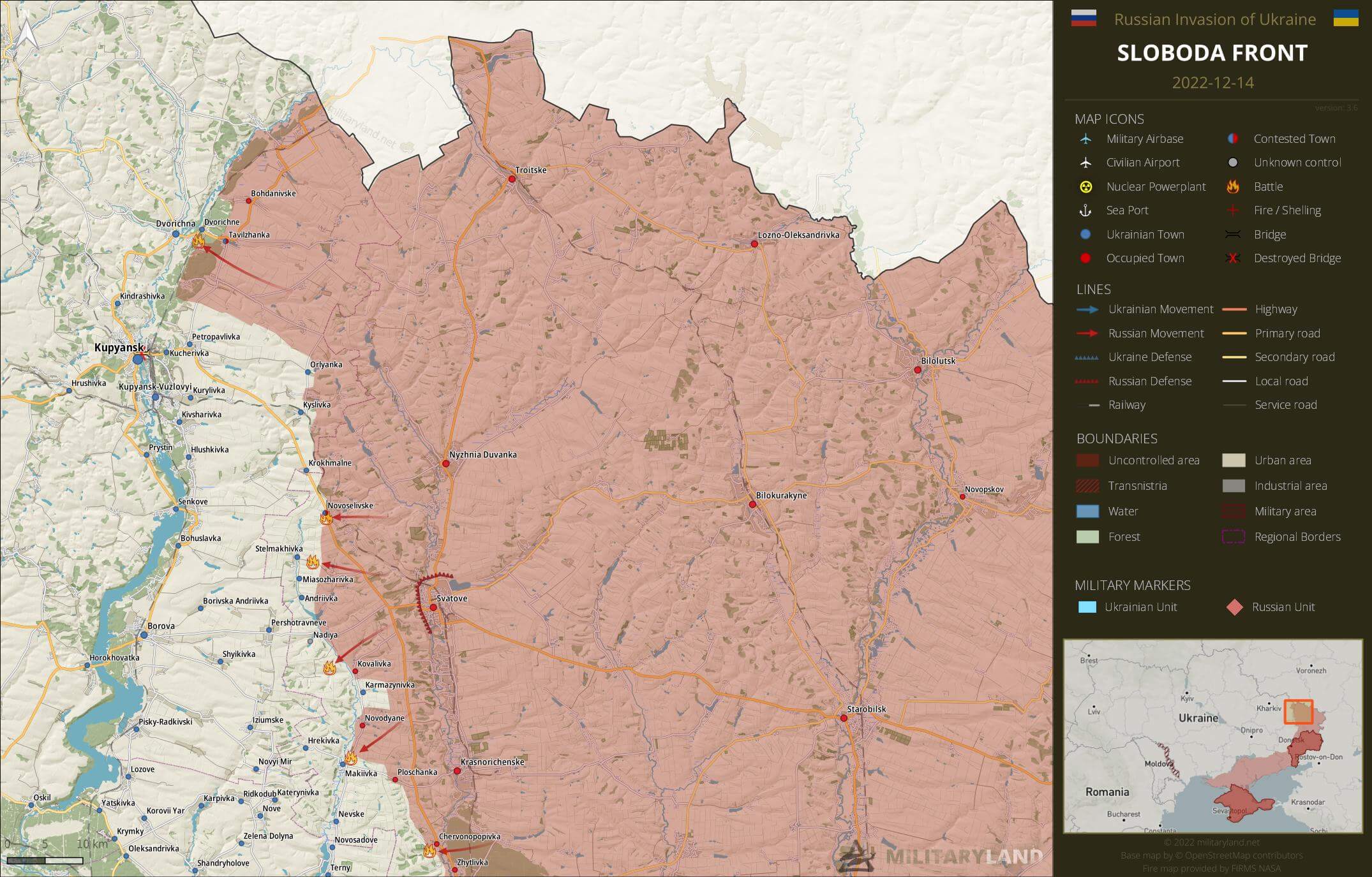 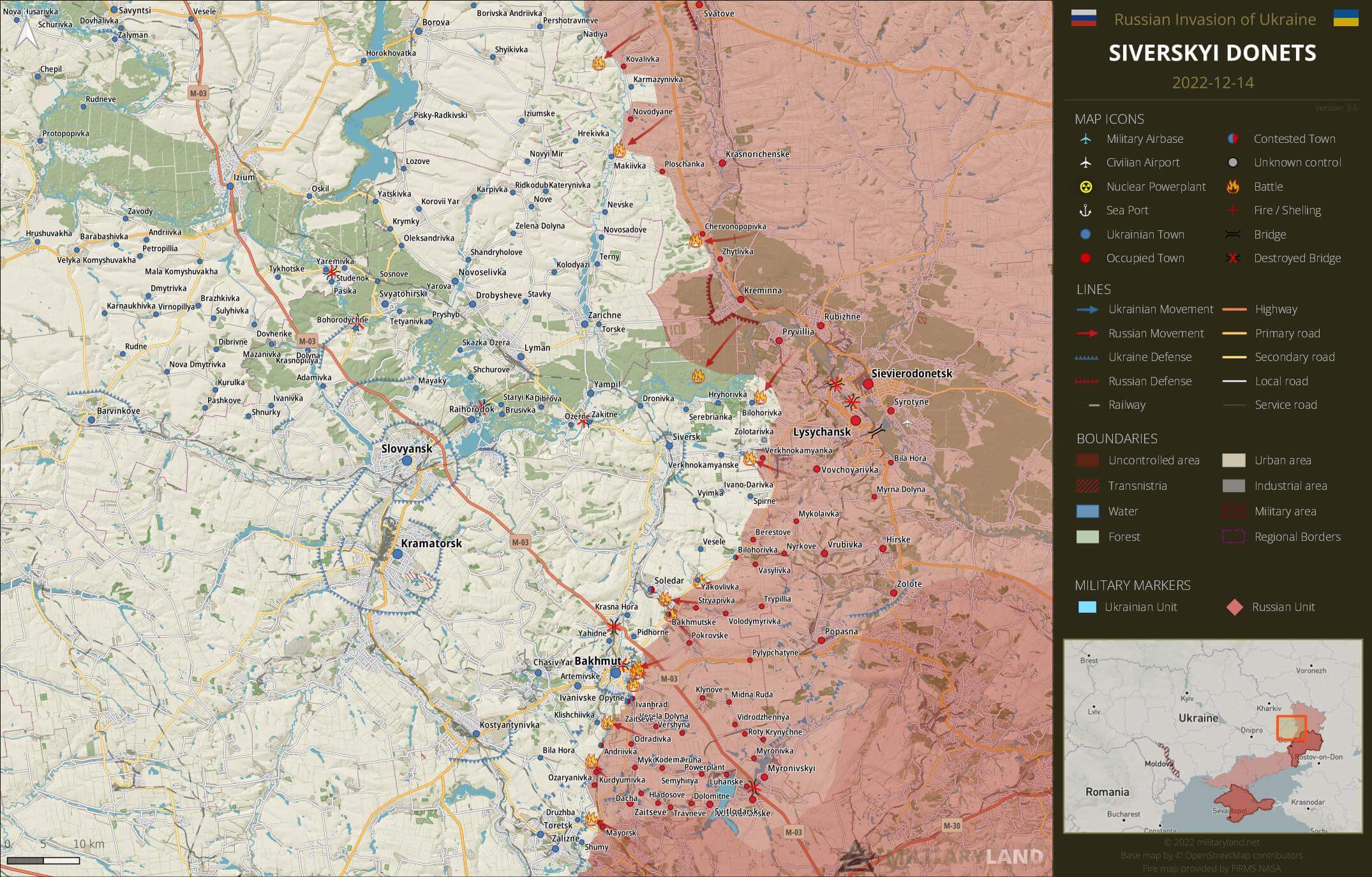 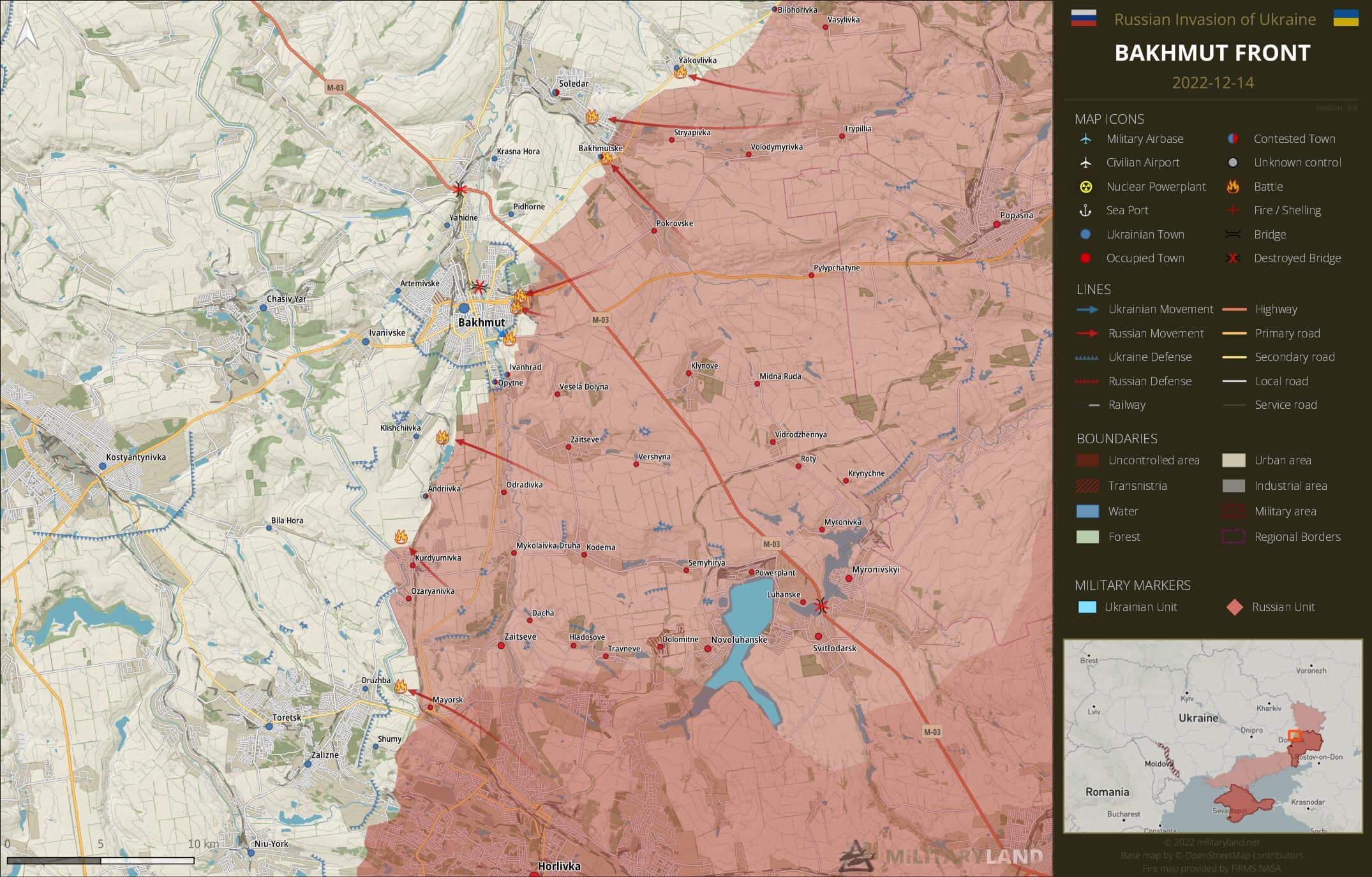 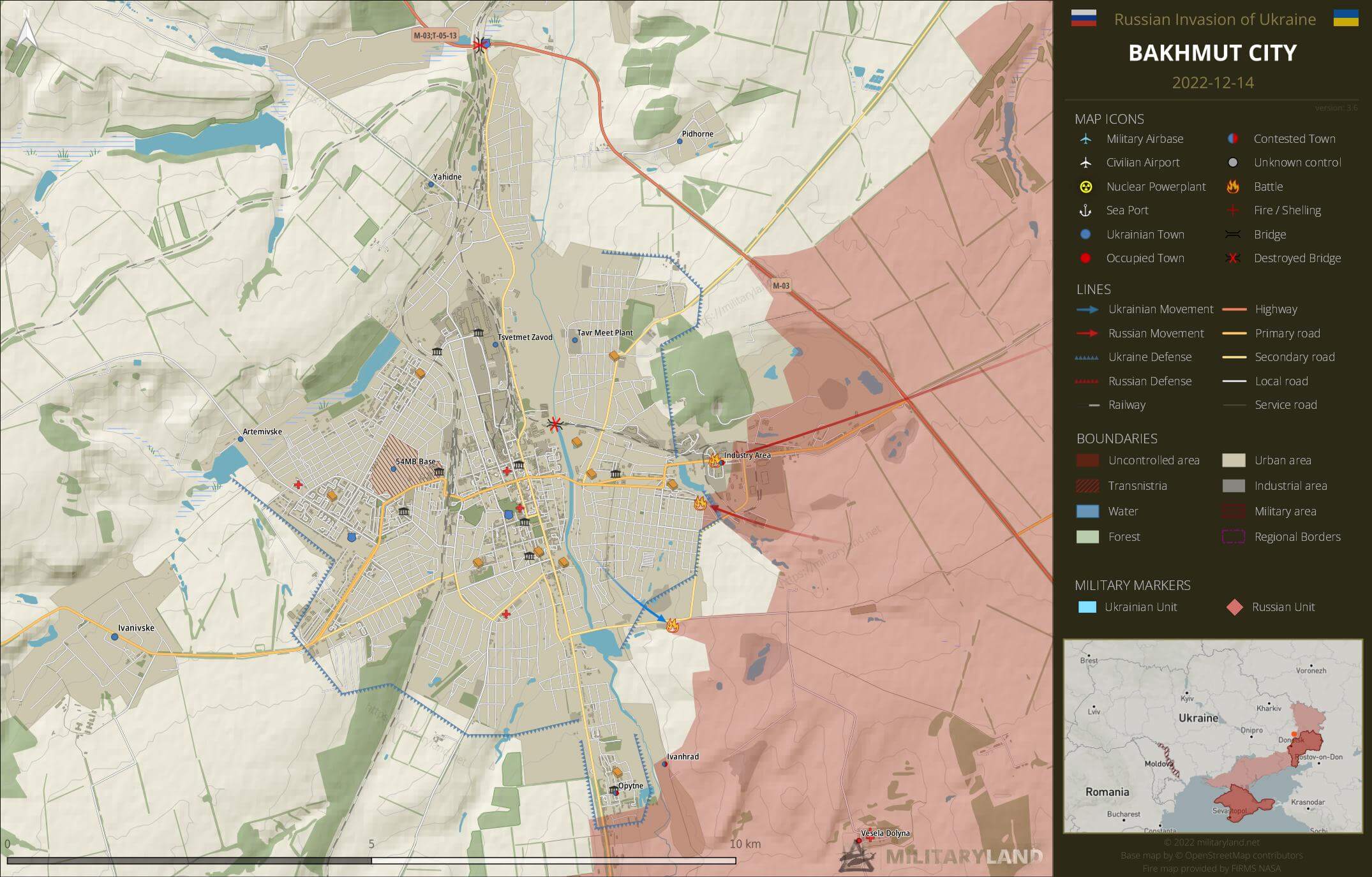 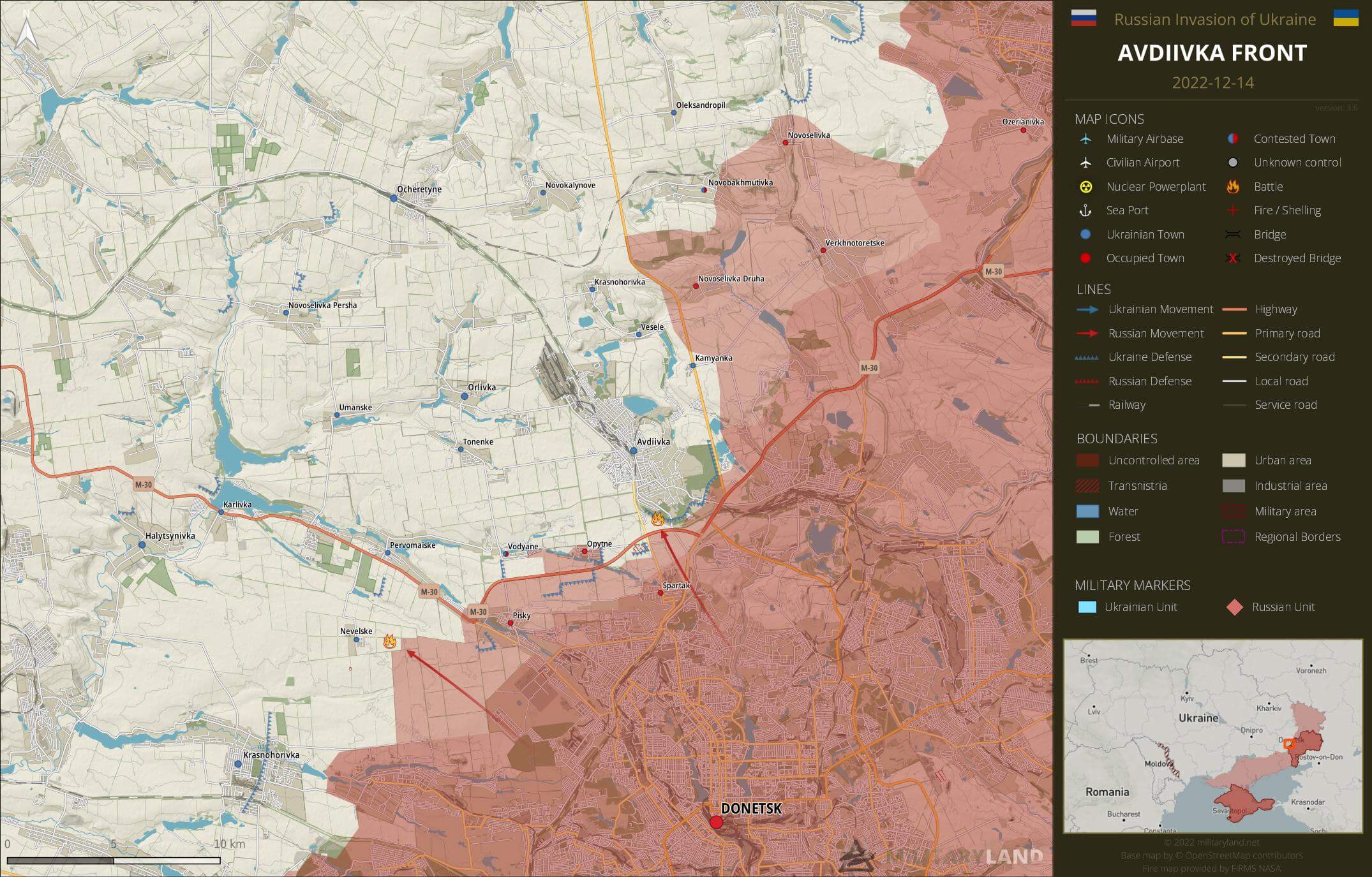 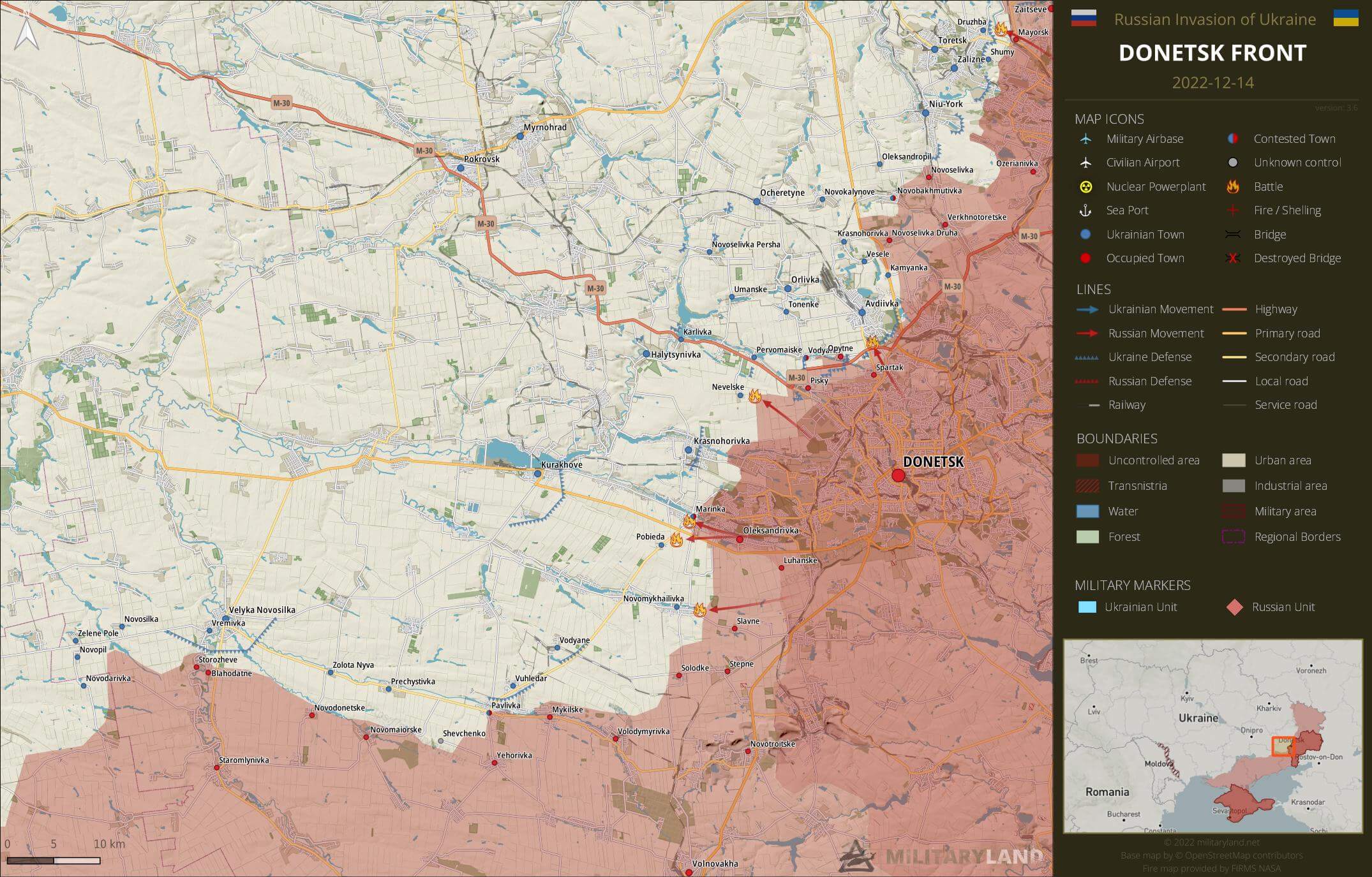 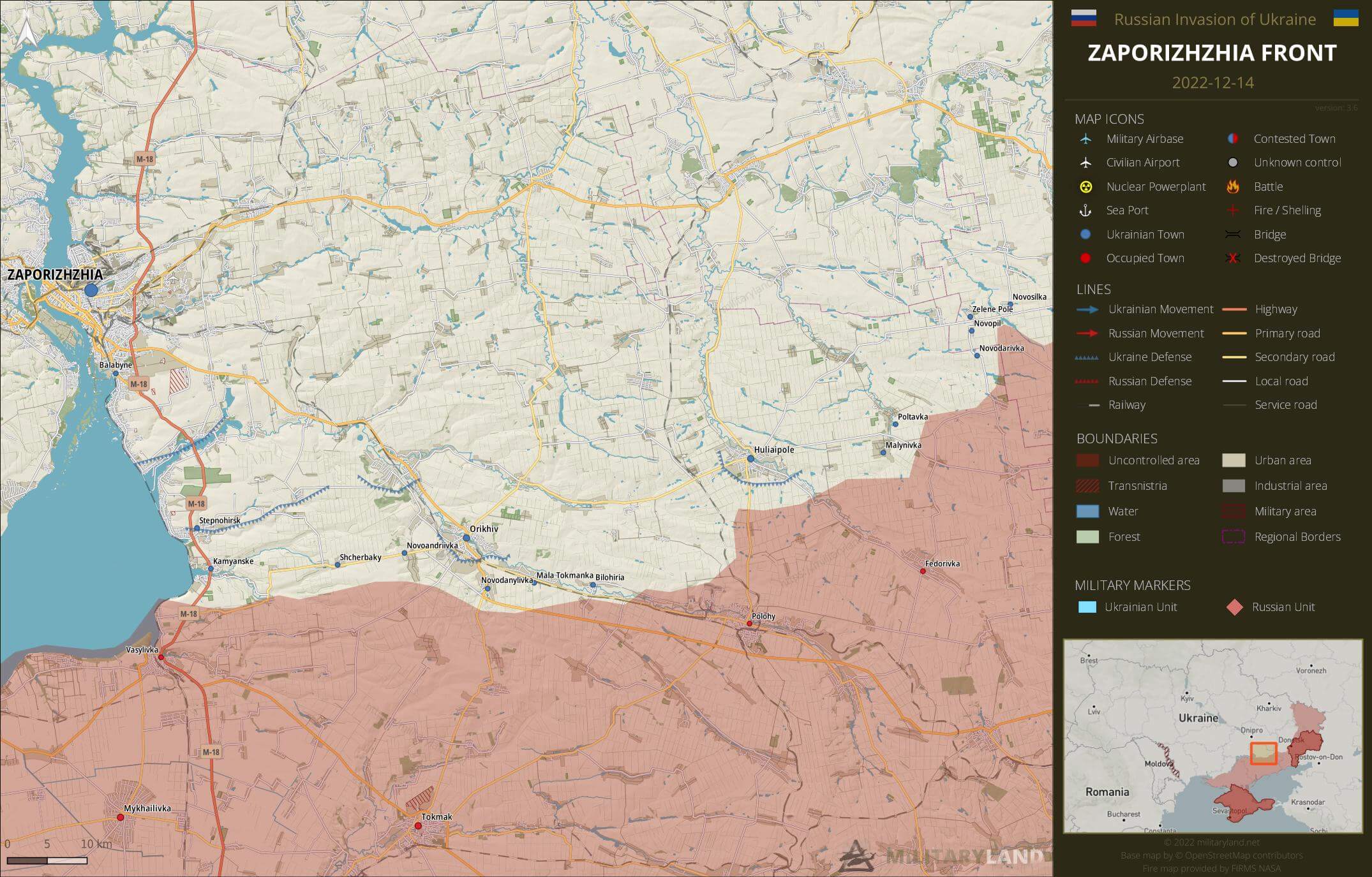 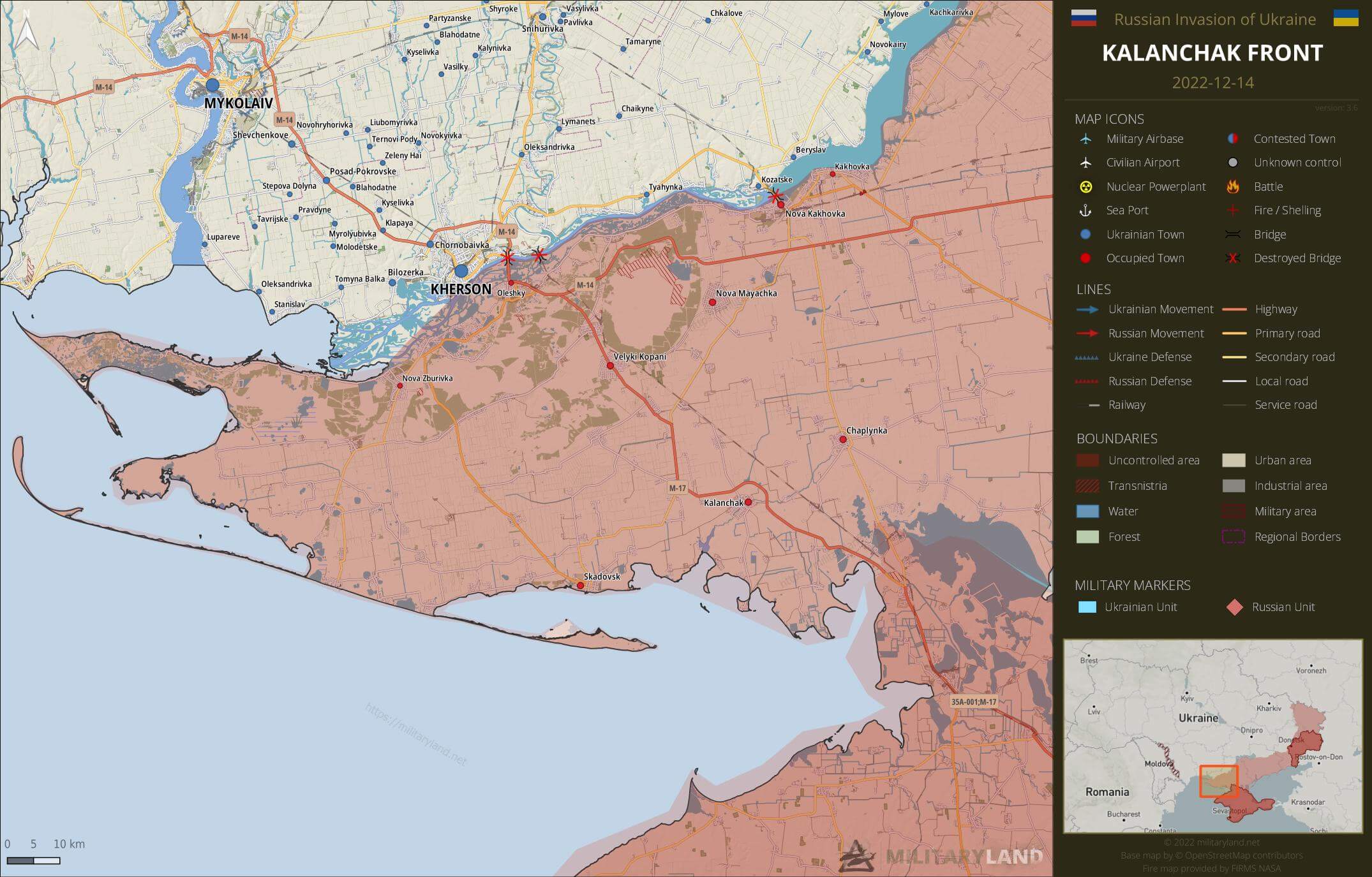 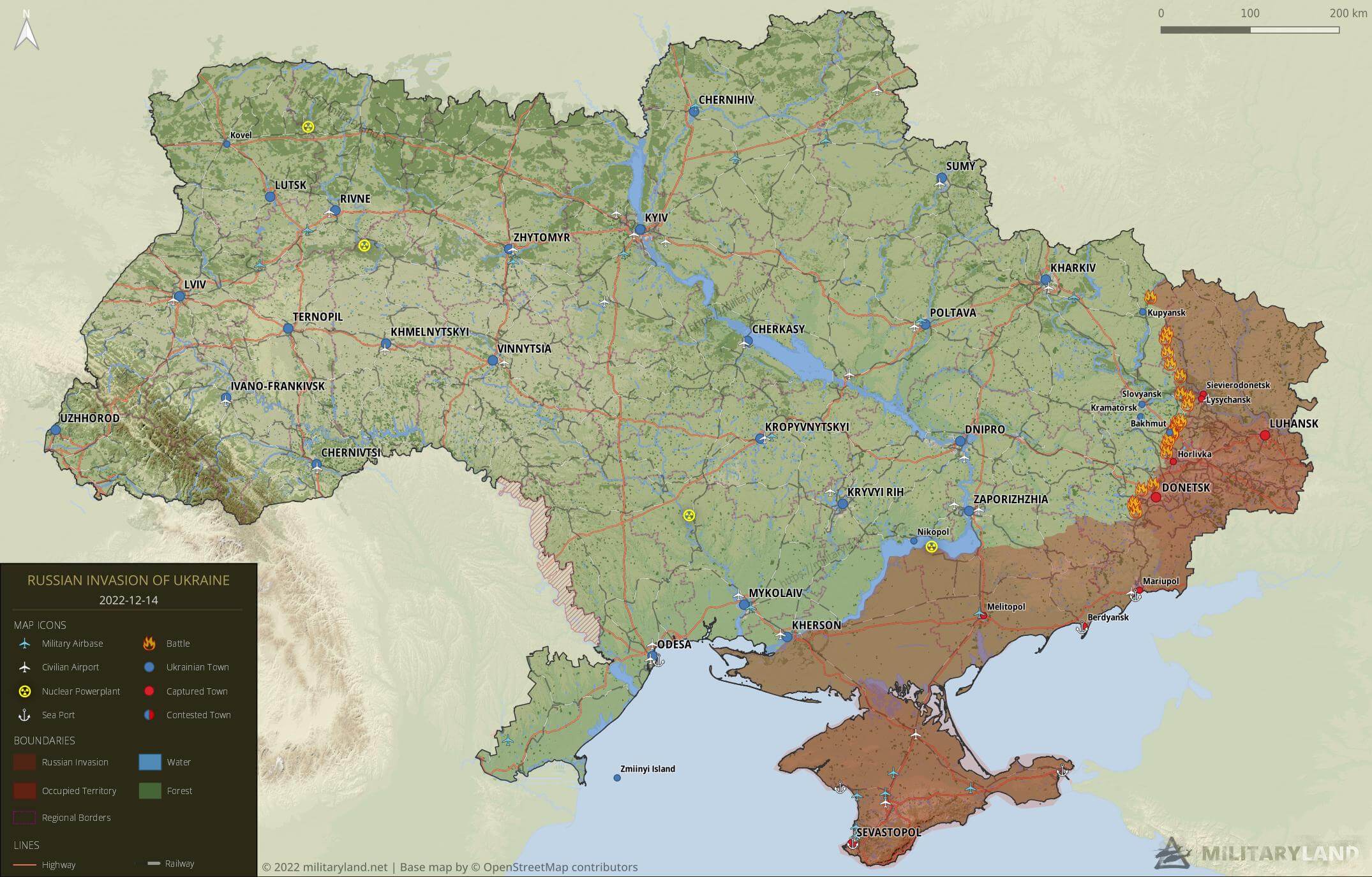 Looks like the Russians have taken Yakovlivka, east of Soledar. https://t.me/yaremshooter/572

I agree. For them to pose for a photo at that location so far north on Vulytsya Donetska must mean that they have effective control now.

Marinka could fall this year. For Bahmut it’s less sure, as the Russians don’t seem to be able to take Opytne, which is the southern entrance to Bahmut. Let’s see.

Putin is setting up the Bakhmut fight, as his ‘Stalingrad.’
According to ISW Putin is sending more troops to fight in Donetsk.
Russian efforts are set to increase over the next couple of months.
Let’s recall, Nazi German army — never fully captured Stalingrad.
I think, Donetsk is going to be where, Russia burns out.

Nazi Germany also had a HUGE supply problem and many many other problems that are not present in bakhmut.
The chances are way higher that bakhmut will fall then the chances were with Stalingrad.
All depends on how much both sides are willing to sacrifice for this city, since it is also a symbolic city for Ukraine.
But it’s also strategically and tactically very important. The price will be high

You’ve clearly missed reports about – lack of even basic stuff like uniforms, going into important weapons systems that now are in short supply; because Russia has expended so much and lost so much.
Russia for months’ now is equipping troops with – 50 years old stuff, and even that is in limited supply as T62 and equivalent old personnel carriers are so obsolete, casualties are even worse.

Ah so that’s why russia commissioned over 200(could be way more) t-72 and t-80 and even t-90 tanks to be modernised and that’s why Ukrainian artillerymen say that russia started using more advanced artillery shells.
Ever seen a Ukrainian tank? Most are T62 Modernised sure, but can’t do shit against T72. T62 is not particularly a good tank
Have you even seen with what Ukraine is mostly fighting?

Ukraine is fighting with whatever it can fight with. Nothing wrong with that.

I’m pretty darned confident Ukraine keeps Bakhmut.
Ukr. army now is genuinely superior – due to horrible losses Russia has lost bulk of trained and experienced personnel, while Ukr. has not; now bulk of Ukr. troops are both well trained and experienced – battle hardened, and worst of all — Ukr. army now is better equipped to boot. Yet on top it has dug down fortified positions.

Ukr and Rus losses are to hard to find out for you to say such things. Both sides lie. Accept that fact. Russia probably lost way less troops than ukr says and the same goes for Ukraine, the only ones that really know are the head of states. That’s it. Everyone else just estimates
Ukr troops are definitely not better equipped and definitely not better trained.
Like just watch their interviews.

yeah those are reasonable numbers, i can get behind 100k+ casualties rather then 100k KIA like most (pro-ukrainian) people believe.

Ukrainian losses are most likely around the same, but i wouldn’t be surprised if they are way higher than stated.

Intellectually lazy.
RU most of time been on the attack, usually attacking fortified positions, there been scandals involving RU operation of campaigns, like disastrous North Campaign — ample evidence for disastrous RU losses.
The mere fact Putin ordered mobilization, then threw troops with almost no training right into battle — is positive prove. No army with ample numbers, does such.

Due to the issues I mention, Russian losses attacking superior troops better equipped in dug down fortified positions are going to be so horrible — what happens and I’m in no doubt that Russian army brakes on Ukr. defenses, like flood water stops on a dam.
Once RU army has been massacred, Ukr. army is able to turn the tables exactly same manner as Soviet armies turned tables on Nazi armies.

You’re clearly so hard into your propaganda that you wouldn’t even believe zelensky if he said that they are losing…. Probably would call him deepfaked or a traitor or something.

Can’t really talk to people like you since there is no point. I know people like you and there is really no way you would ever change your mind to be even slightly more open to truths or facts.

I accept your surrender, I naturally know — those were just your excuses. When people lack anything to say, they wave such canards as you just did.

I appreciate the more detailed map of Bakhmut.

Me too. Thanks Jerome.