The hottest points on the front remain the area around Bakhmut and Avdiivka. It’s clear, just by looking on the maps, that the enemy attempts to encircle Bakhmut and Avdiivka, the two Ukrainian strongholds in Donbas. Both sides have relocated some of its forces from Kherson to these areas, signaling the fight is far from over. 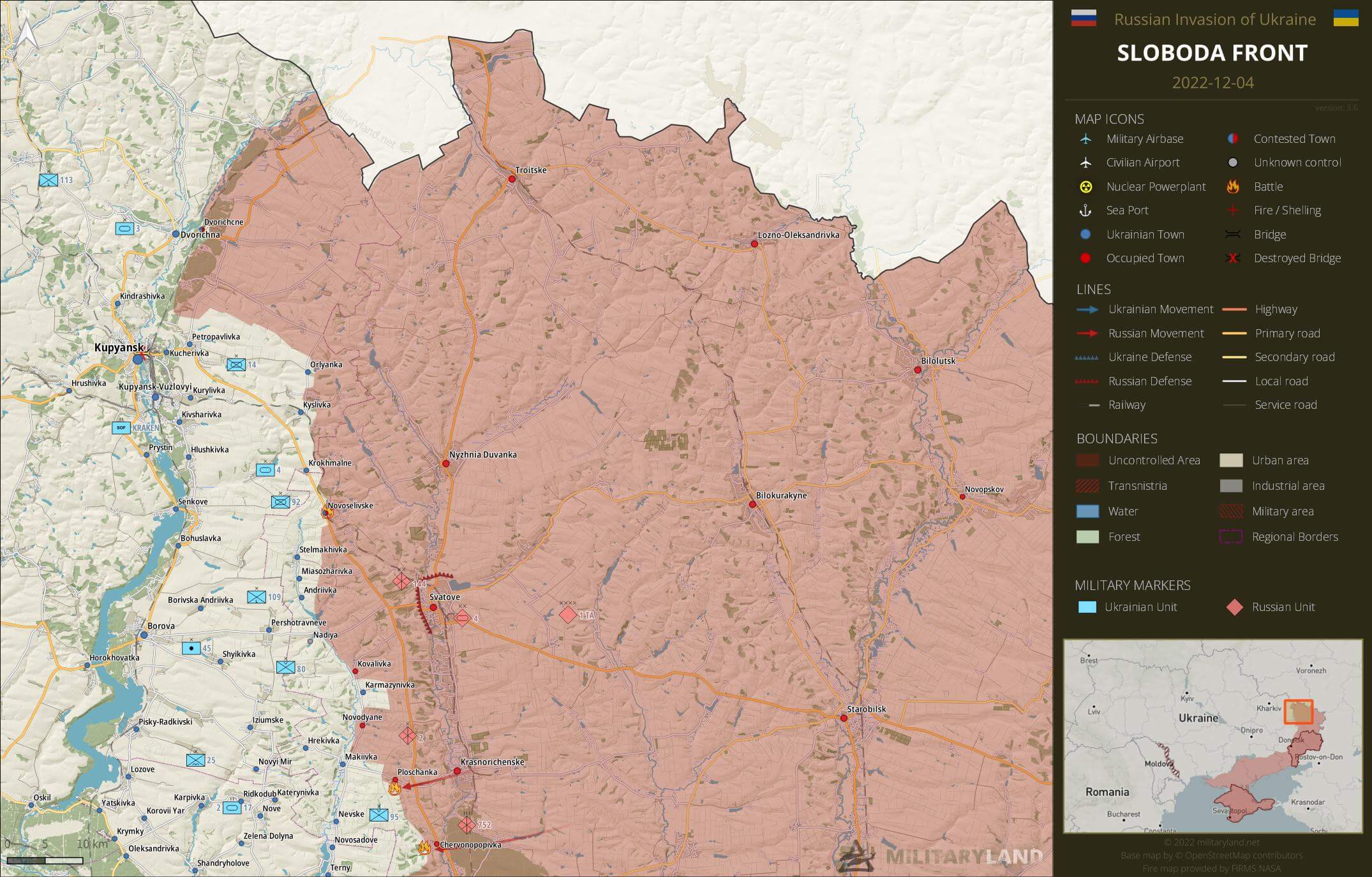 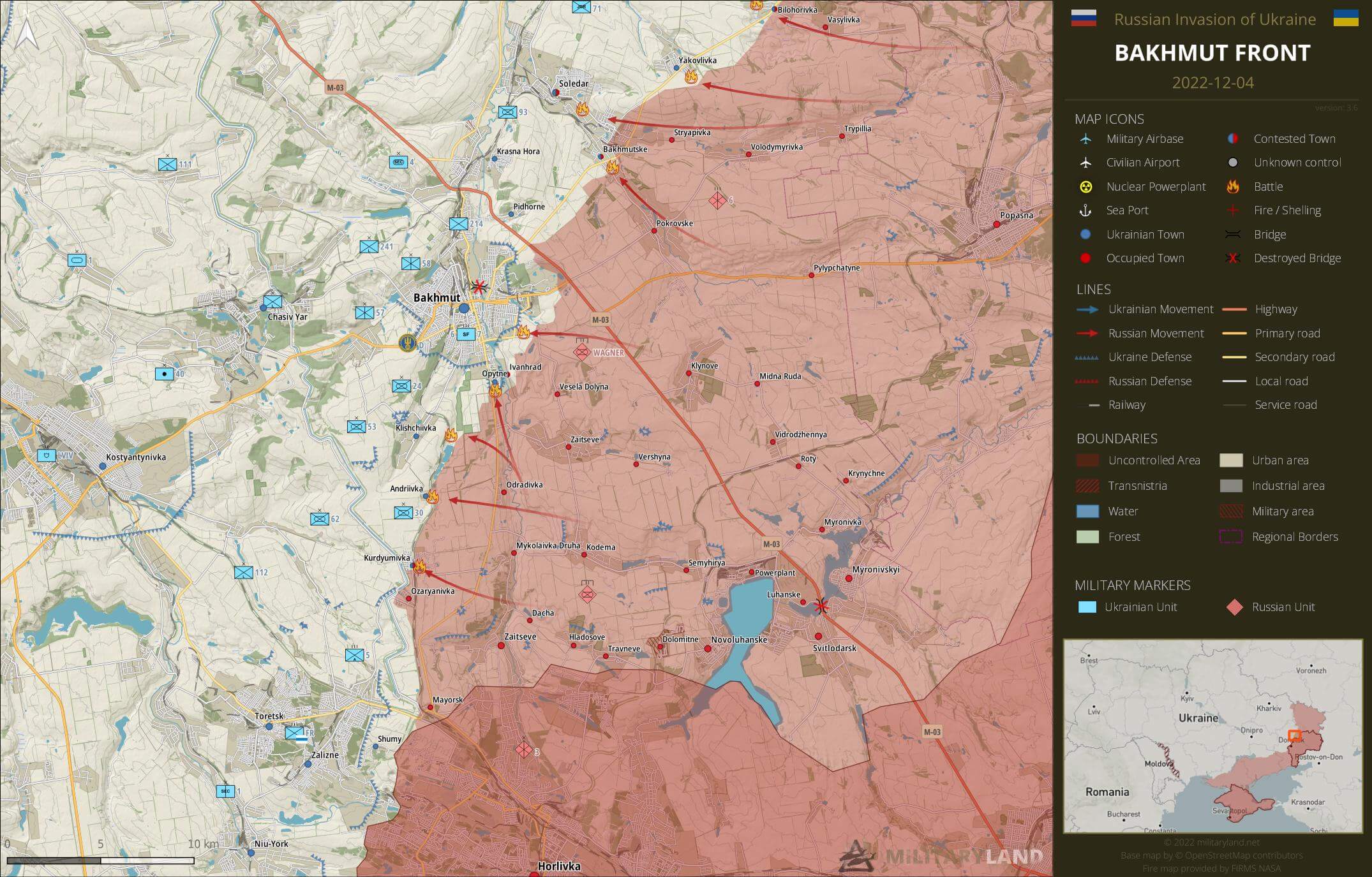 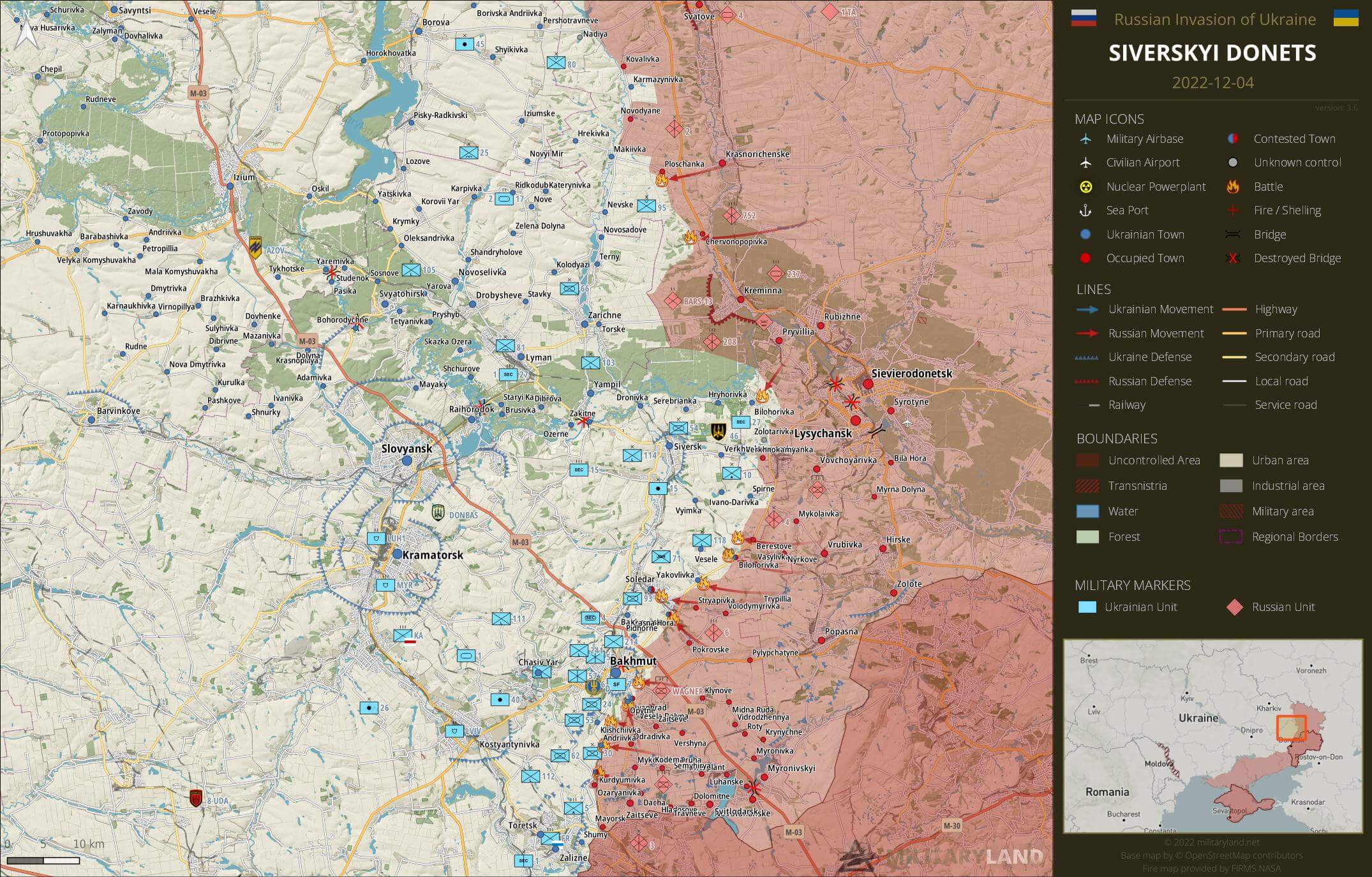 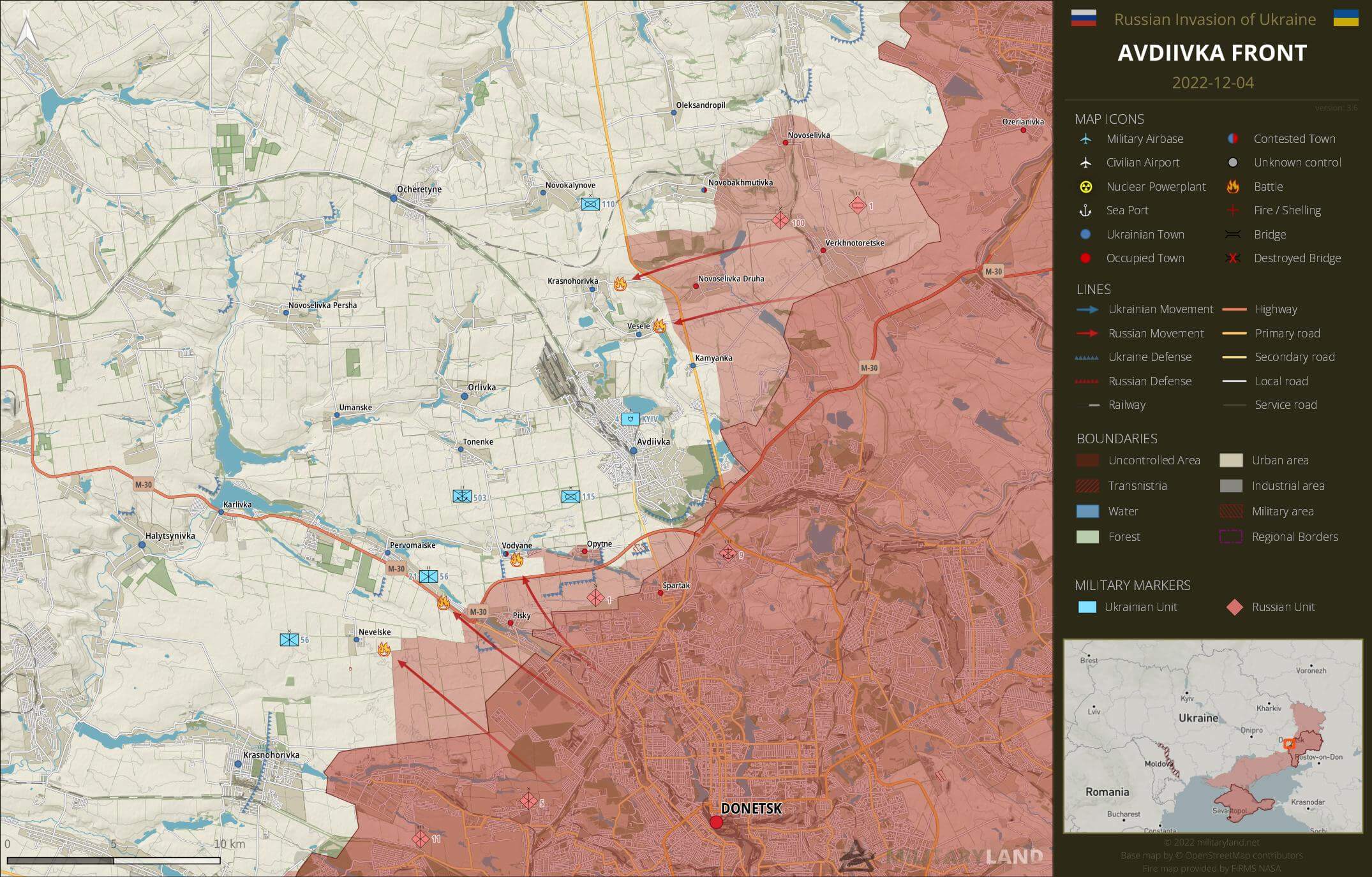 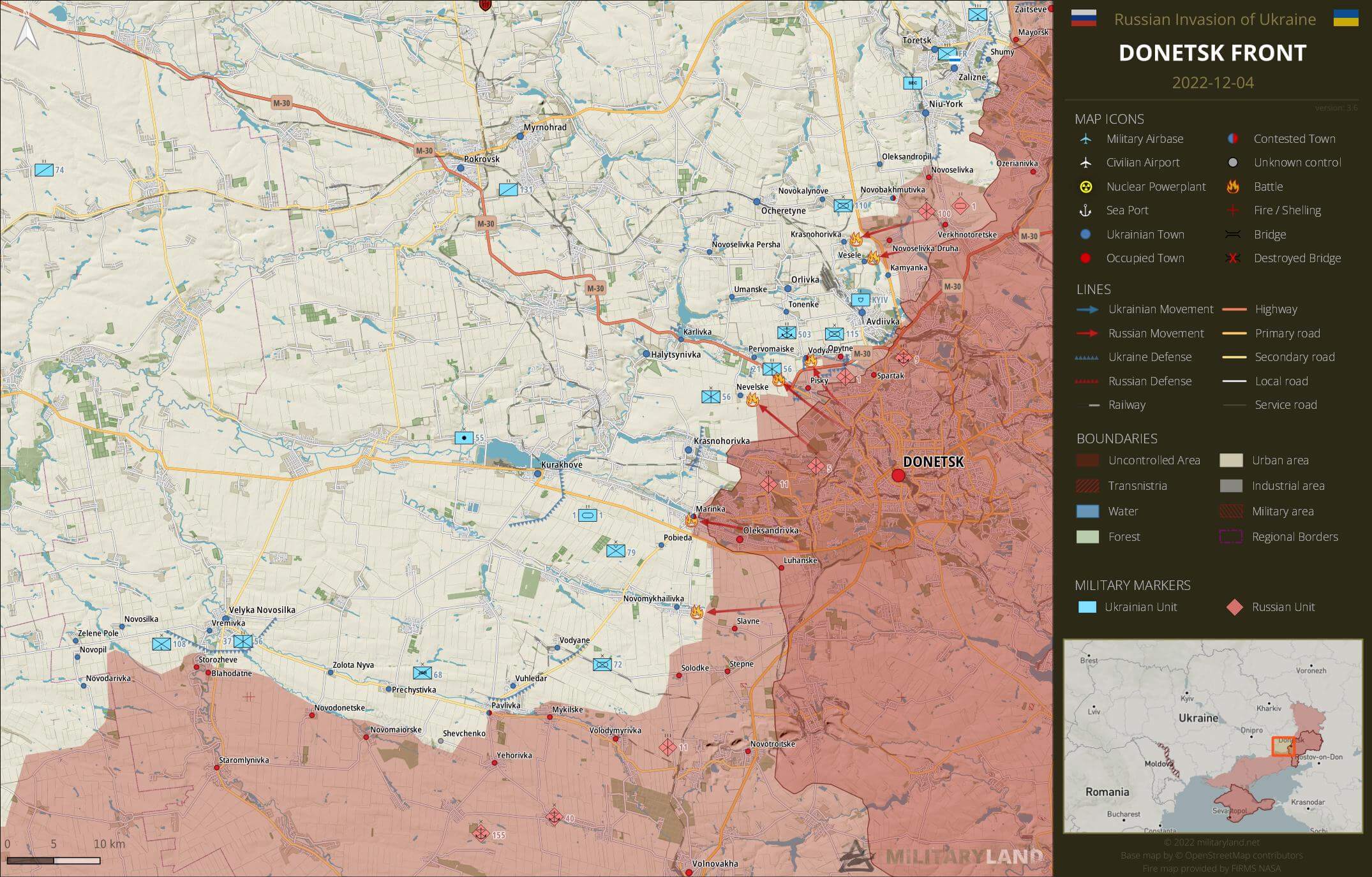 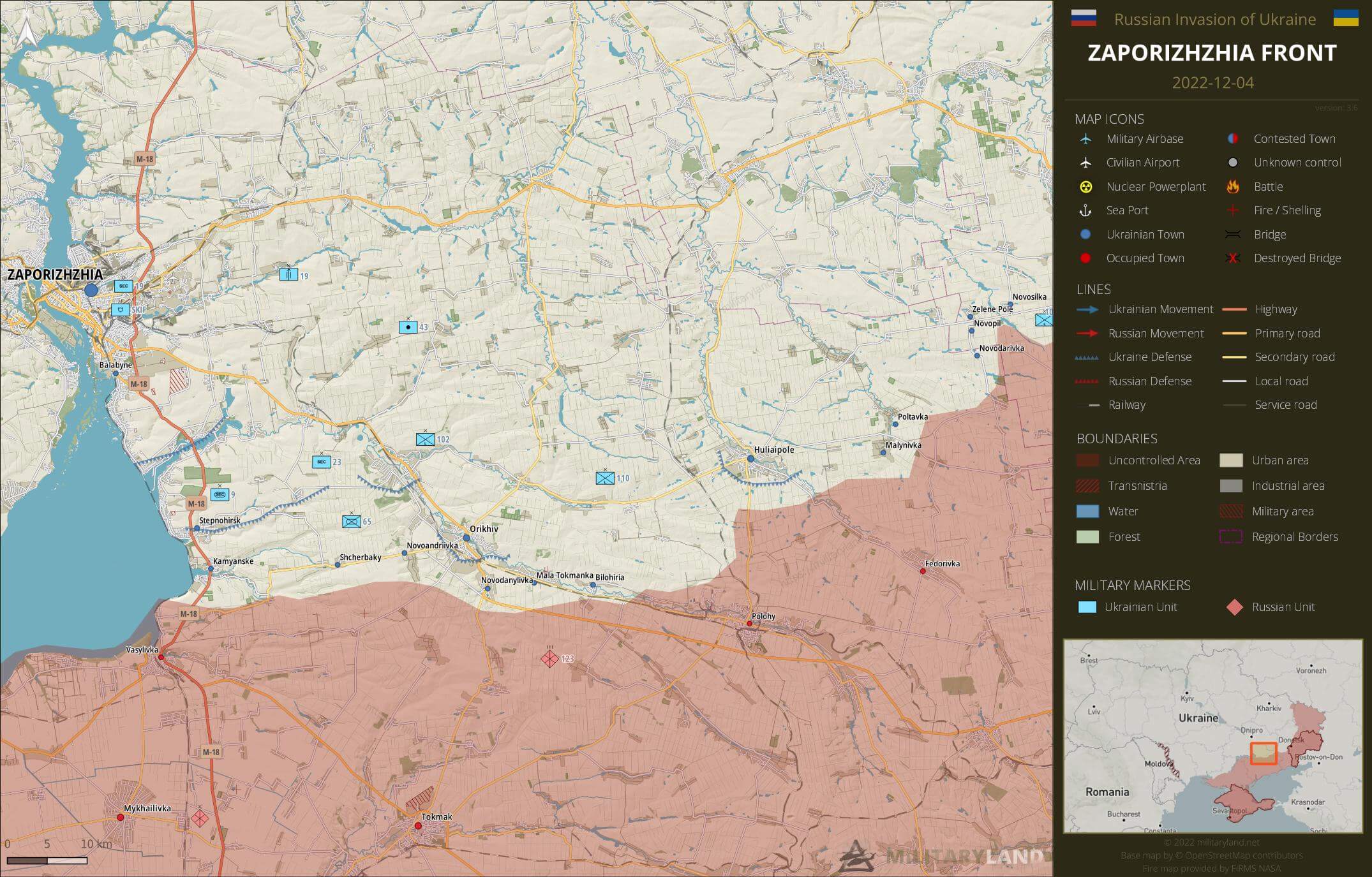 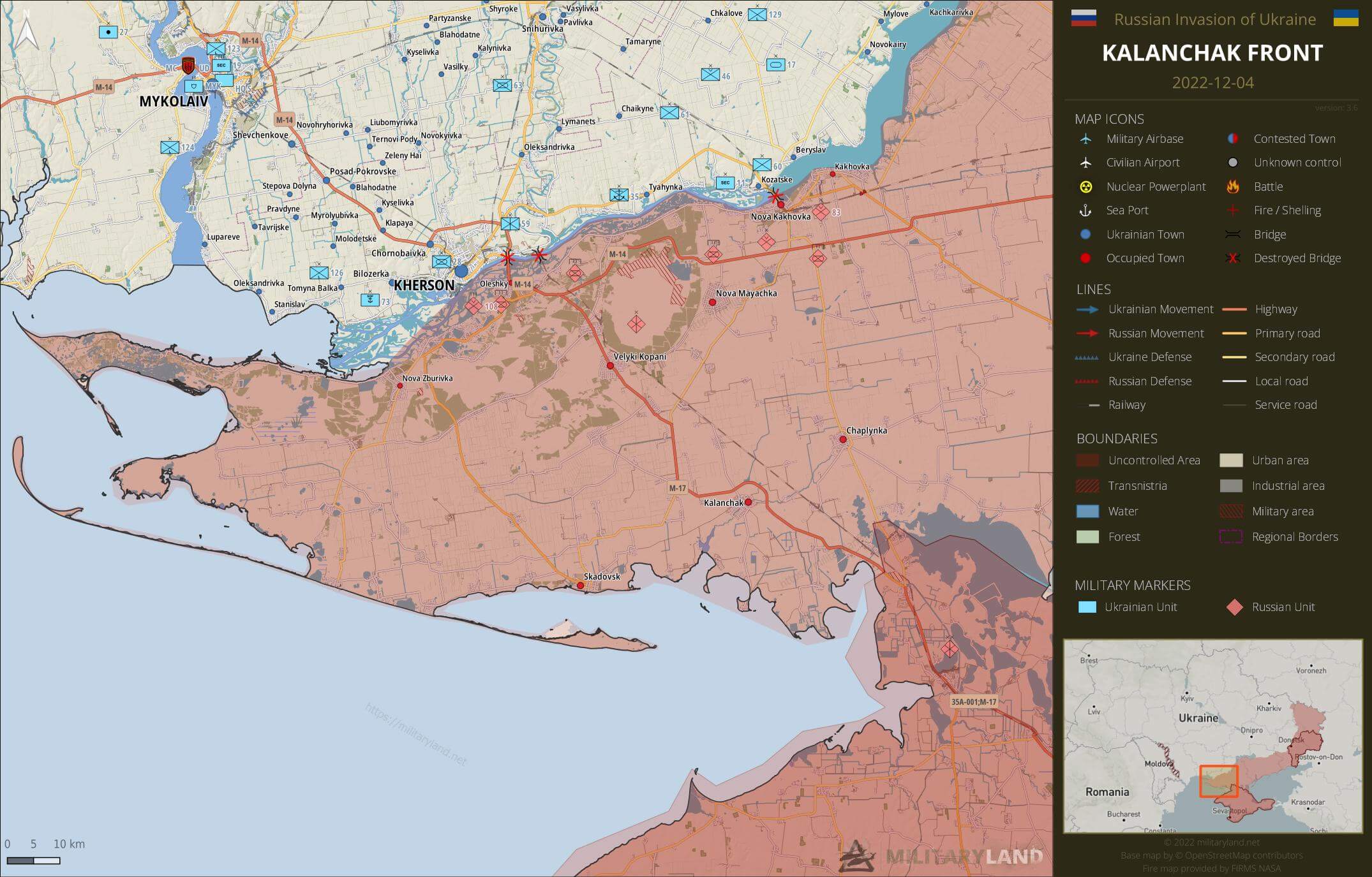 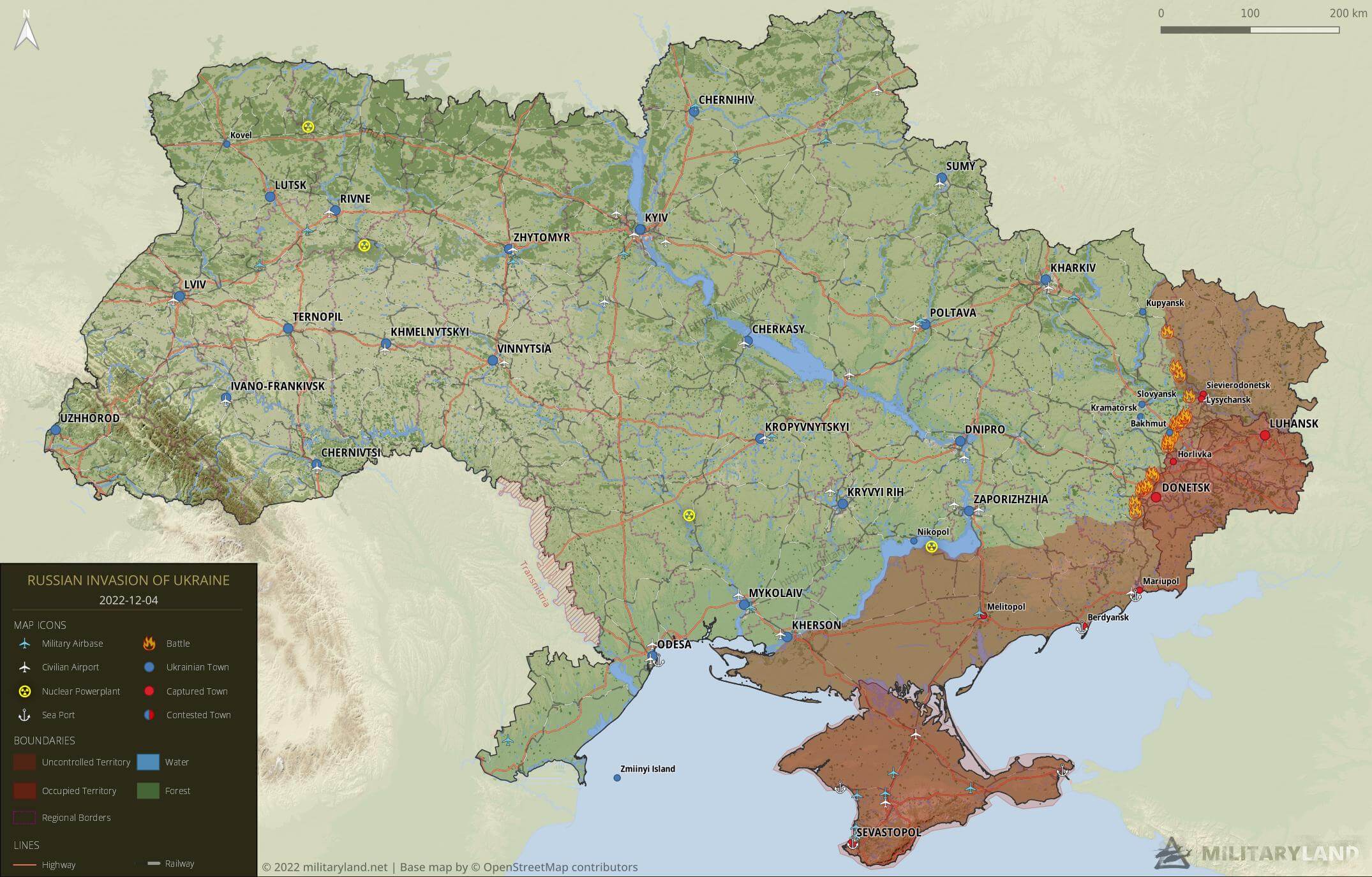 What’s the current situation in Tavilzhanka? ISW map shows that the Ukrainians captured it and the Ukrainians reported shelling in the area. This little town has long been a thorn in the foot of the ZSU. It’s capture would mean Dvorichne is finally under full UA control.

UA General Staff reported shelling of Bohdanivske yesterday, which indicates that Tavilzhanka is contested (we have no visual proof of full liberation atm).

Well, well, a string of battlefield losses and now the oil sanctions kick in. Oil and gas made up around 45% of state income this year, that will change dramatically. The economy is contracting strong, international financing closed and internal bonds lack demand. 2023 will get very ugly for the russian budget.
Meanwhile russian mobilized die in the hundreds daily.
Winter is here for russia.

Let’s wait to witness how effective those new measures prove to be, before celebrating.
However RU continues to expend troops at a rapid rate.
Rumors about another draft probably correct, as Putin is running rapidly through – earlier drafted. I anticipate more troubles, there is a second draft, as everyone in RU must know – why it’s happening. This time protests may turn more serious.

No country has announced it will apply the price cap except UE and G7 countries. Russia is the second world exporter, and OPEP+ will reduce its production to maintain a higher price, despite huge pressure of the USA on Saudia Arabia. Russia will continue to export oil and gas, Chinese/ Indian insurance companies will be delighted to replace Lloyds, Greek shipowners will circumvent the embargo

OPEC+ just announced that production will stay the same. Right now the urals price is around the price cap. I personally doubt that India and China won´t take the chance. Cheaper oil and no stress with the west. Russia on the other hand has to sell its oil desperatly for any budget income… You do not have to be a game theory expert to see where this is going.

No, OPEP will not reduce its production, they have announced they are keeping the existing quota. No, you can’t replace one insurance by another one, especially for boats. No, greek shipowners will not do any favour to the russians.

You are alone, Russia. Putin failed miserably and Russia suffers and will suffer even more in the future.

Explain – why country’s don’t want cheaper Russian oil? I’d expect, presuming narrow self interests, classic prisoner’s dilemma — nations trading with RU, solely do from point of self interest. Therefore, what self interest — clearly they don’t wish cheaper RU oil? Clearly RU must sell its oil, there-fore if these potential buyers – accept participating in the scheme. The scheme may succeed.

It is mathematical : Russia is the second world exporter with huge volumes, and other exporter countries will not grow their production, the buyers can either buy Russian oil a the market price, or don’t buy oil at all. But there is another solution : last months, India has become a major exporter of oil though it nether produced a single drop : India buys Oil to Russia and resells it to Europe.

India’s oil export this year are average compared to the last 5 previous years (and 10 years ago, India oil exports were larger), you can check it here for example.

According to Ukrainian sources like (reporting from Ukraine on youtube) the Ukrainians managed to penetrate the main Russian defense line between Kremina and Svatove at Chervonopopivka. UA general staff reports about this aswel… you might want to update your map https://www.facebook.com/GeneralStaff.ua/posts/pfbid02ioJddEzePNZD3mJUXh4DnFEkMqv1faHBm5UieEyyLEM1jTaNF9poKLuQ1bRZpvKwl

It states “in the area of” which can mean anything. These maps here only show reliable Informations, which is why i like them.
Reporting from Ukraine has completly diffrent style. And even he does not report Chervonopopivka as being liberated, but partially liberated.

the ISW also reports Chervonopopivka to be in Ukrainian hands. https://storymaps.arcgis.com/stories/36a7f6a6f5a9448496de641cf64bd375 just zoom in on the village.

Ukrainian General Staff said they repelled a Russian attack in the area of Chervonopopivka. Everybody who takes this as “Ukrainian forces have broken through Russian lines” shouldn’t make maps.

It says in the area of the SETTLEMENTS of chervonopopivka. which means that the defended the village itself. the defense line is broken. and the ukrainians hold the village.

Your sentence contradicts itself. I’ll try to explain again. “In the area of” means in the vicinity, that Ukrainian troops are close. We haven’t seen any visual proof they entered the village, yet.

The settlements are an area in itself how does it contradict? its not like its a single house… its plural. they are designating that they fought inside the settlement. not outside.

Either way even ISW is reporting its in Ukrainian hands to.

Who believe anymore what ISW say ? It is just propaganda, they could say a sunny sky is a storm, and the reverse, providing it is against Russia. This is not what we are looking for.

Funny that the sky keeps turning out to be a storm for russia. I lost track on how many times they were right. Do you even read isw?

Pleased list assessments of ISW that proved to be wrong.

The Russian’s have launched 3 times ISW’s earlier assessment of their missile stockpile.

For example ISW said Russian will nether take Marioupol or Severodonestk, will fail the mobilisation, etc etc. It is simple, if you read only ISW you don’t understand why it is not the Ukrainian Army who occupies a part of Russia. They obviously belong to the US intelligence, and their job is to denigrate Russia , this is what they do in all of their posts.