Russian forces managed to break Ukrainian defense south of Bakhmut and captured one settlement and several fortified positions. This is the only area where the enemy has success, all other attacks were repelled by Ukrainian defenders. 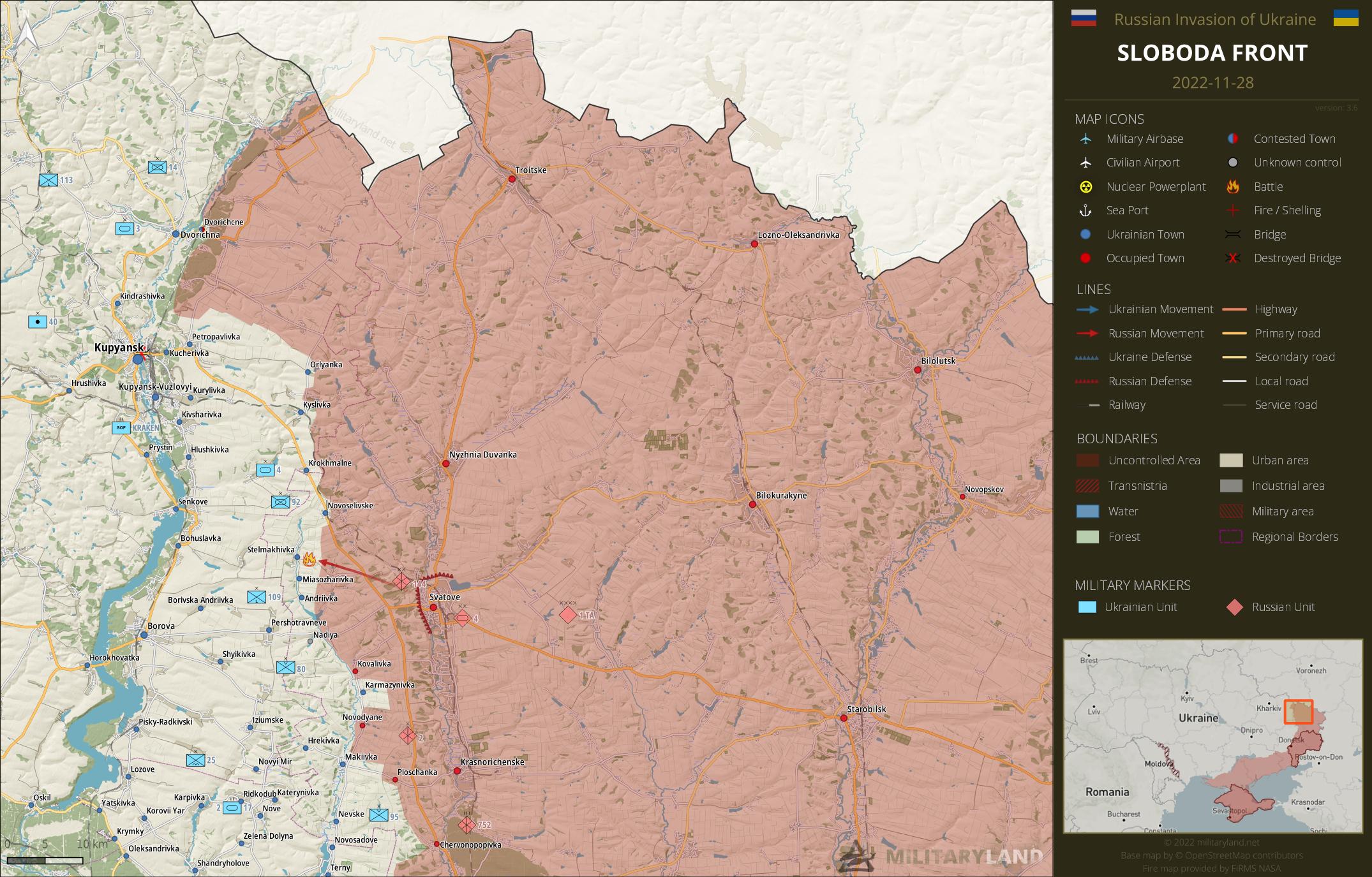 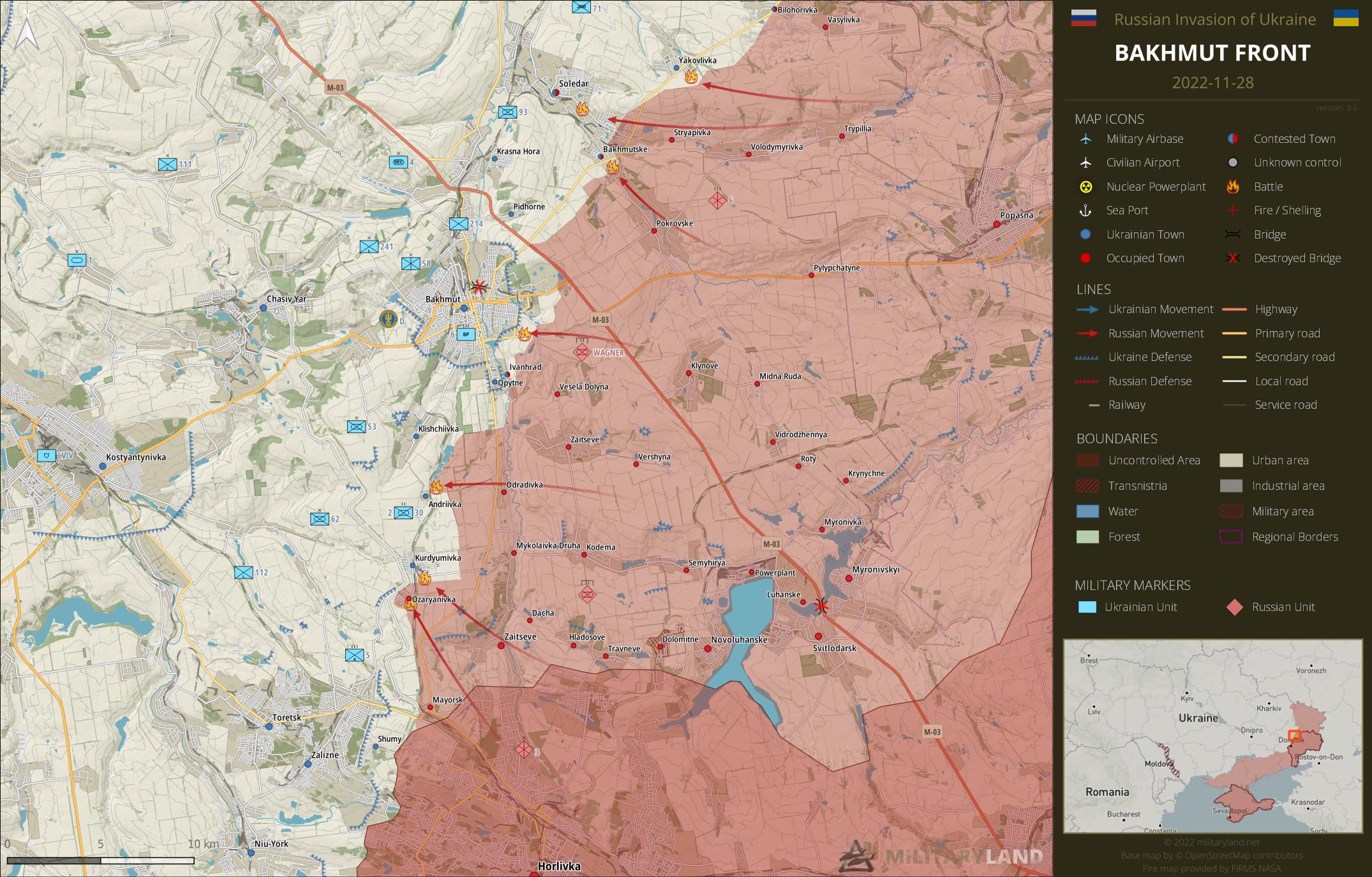 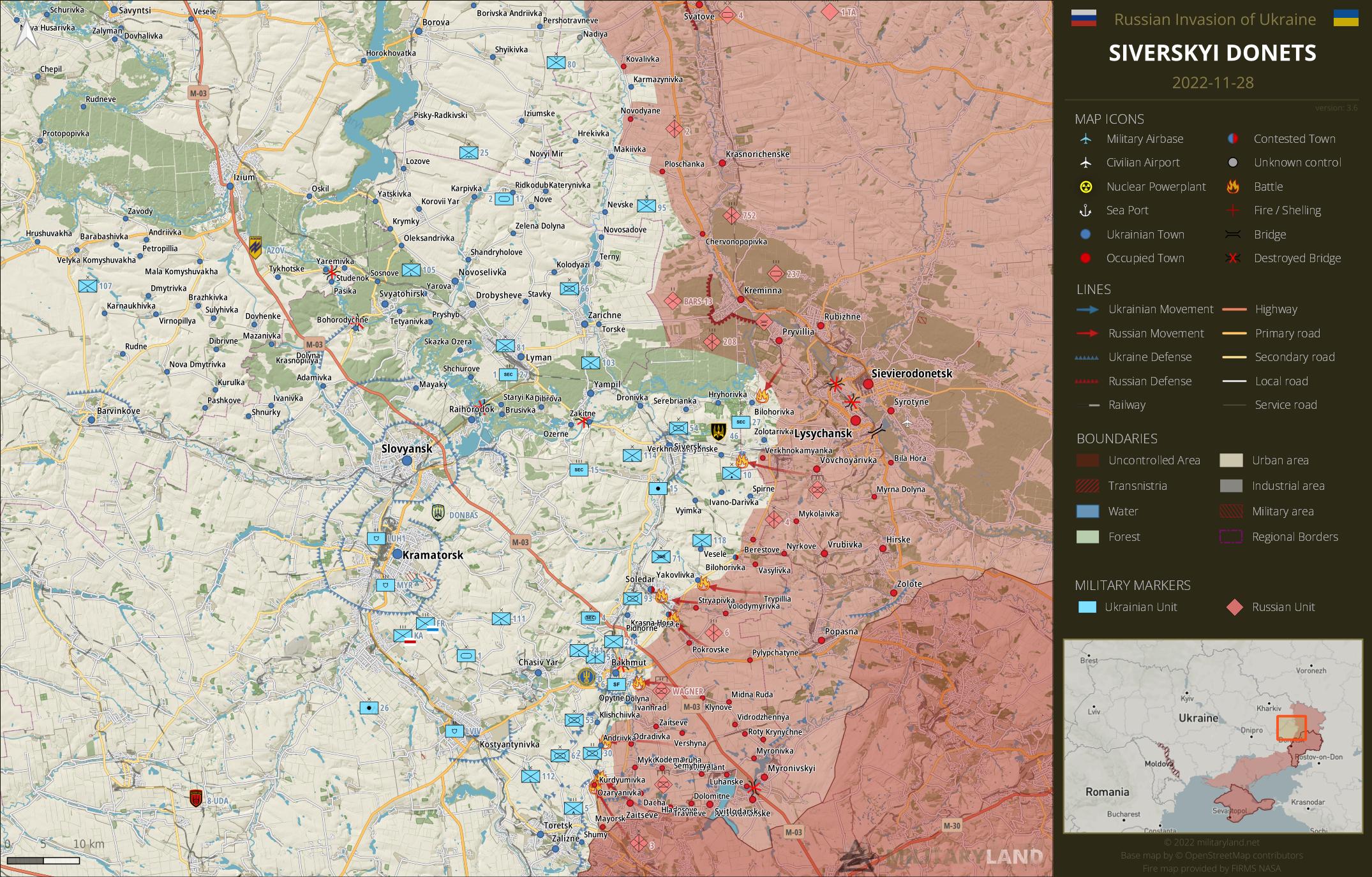 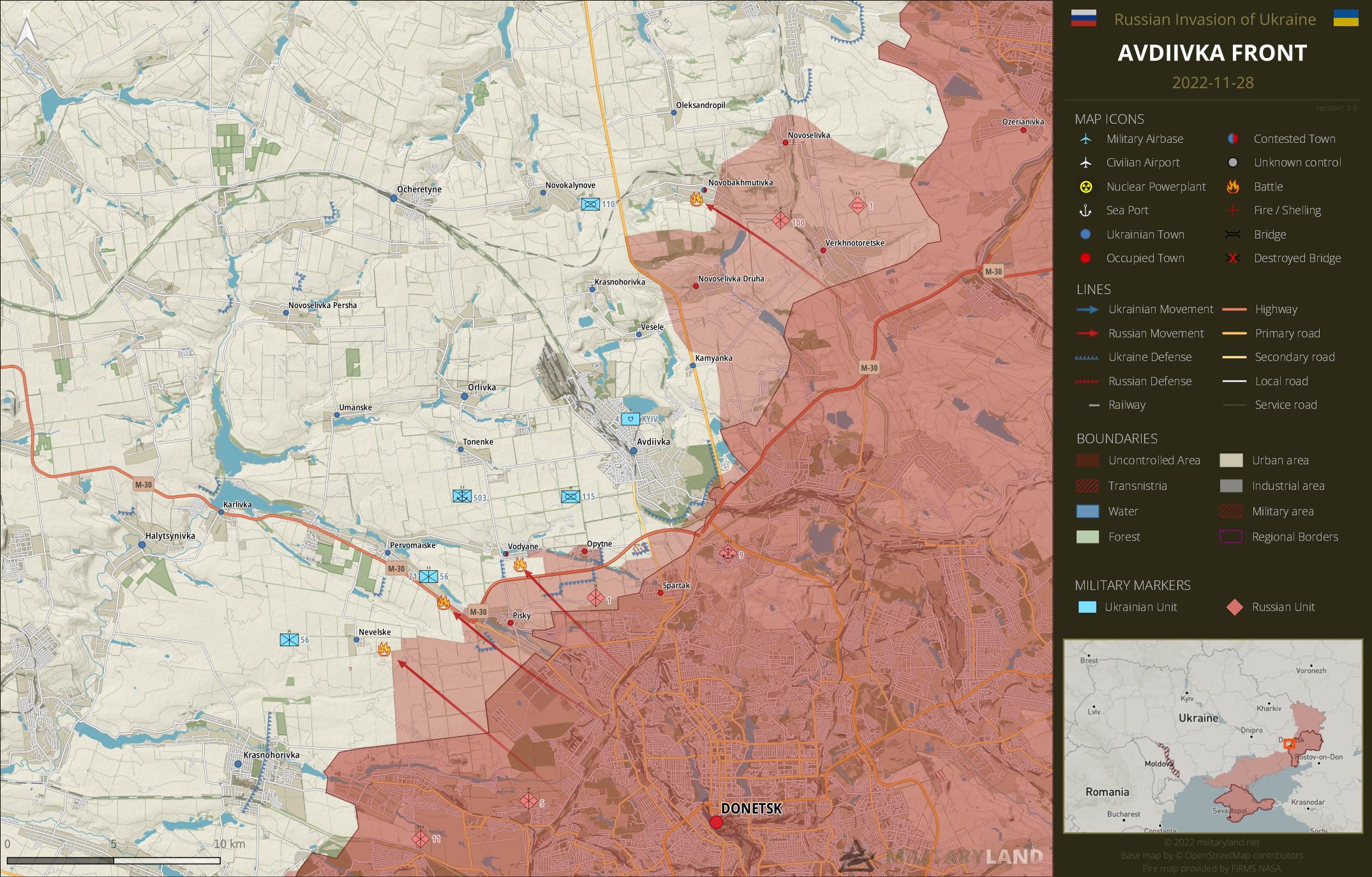 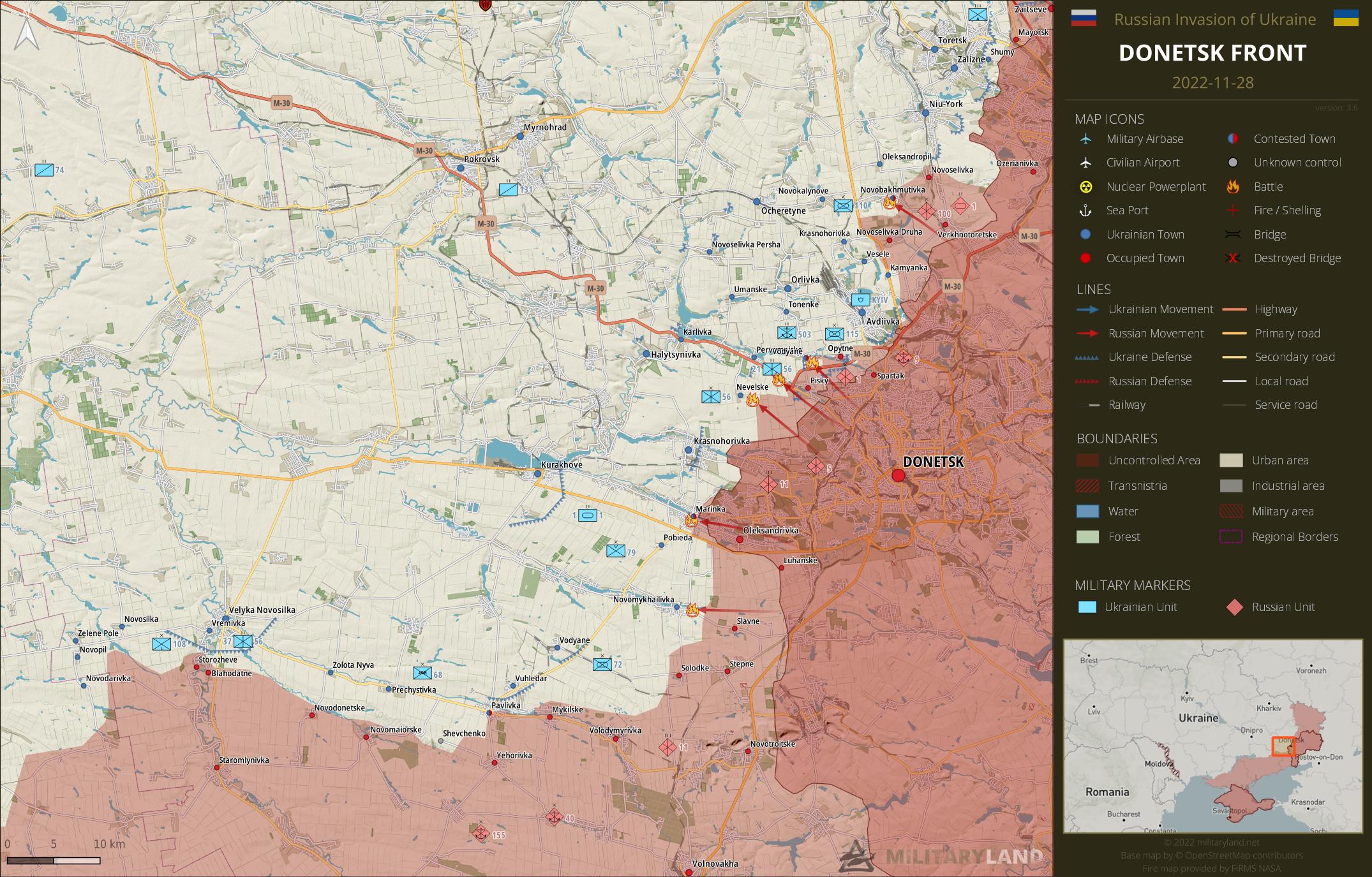 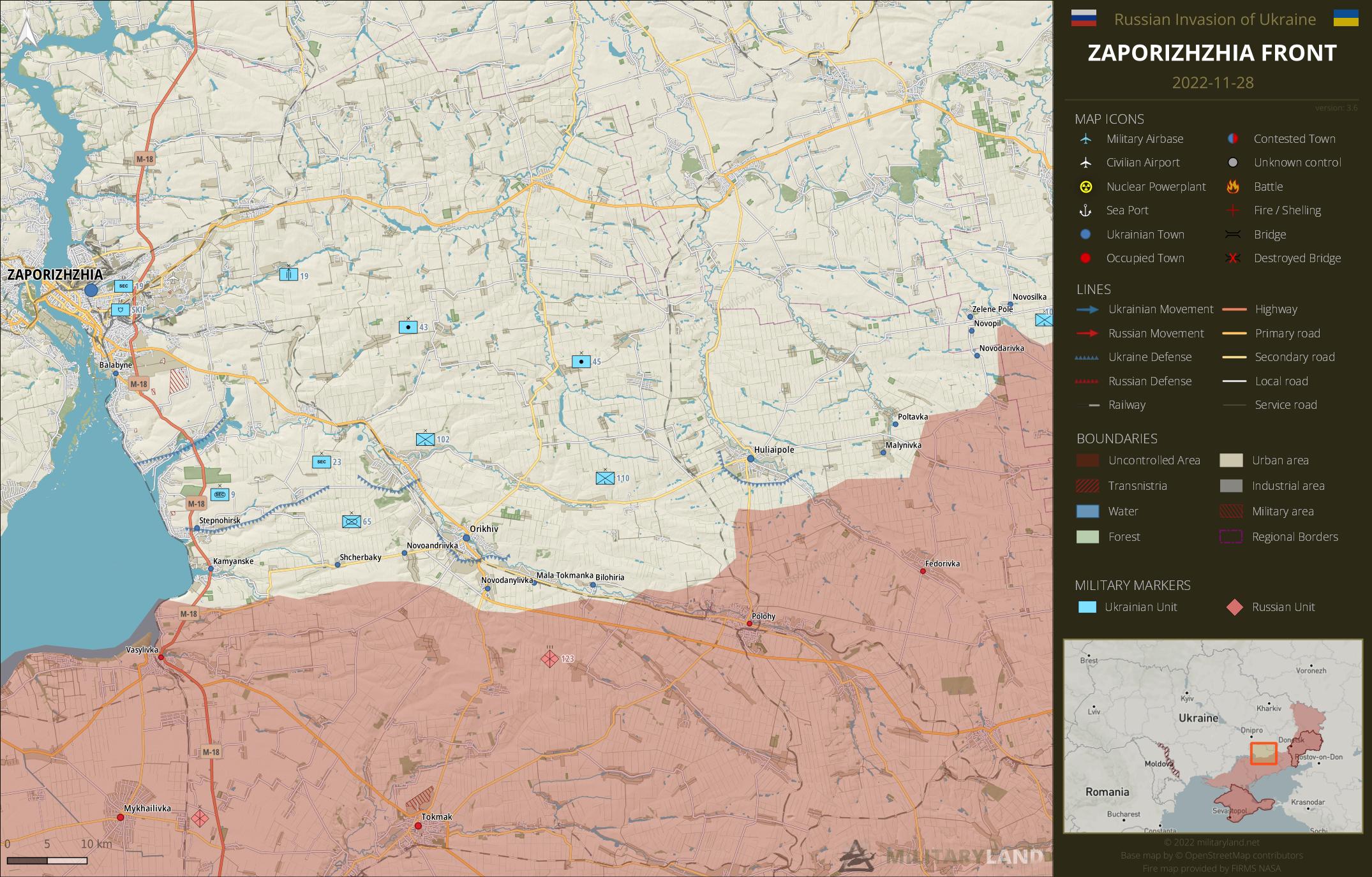 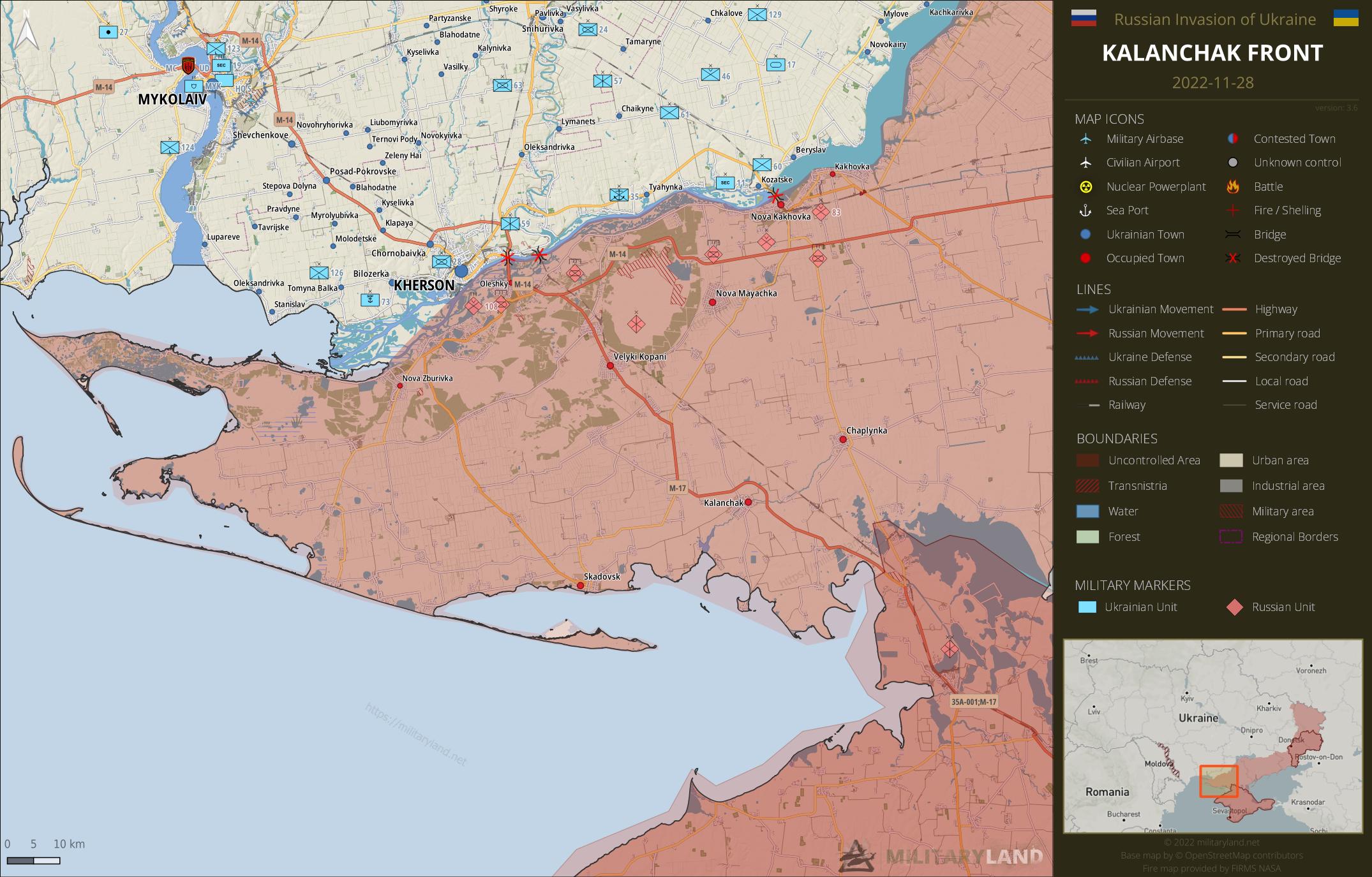 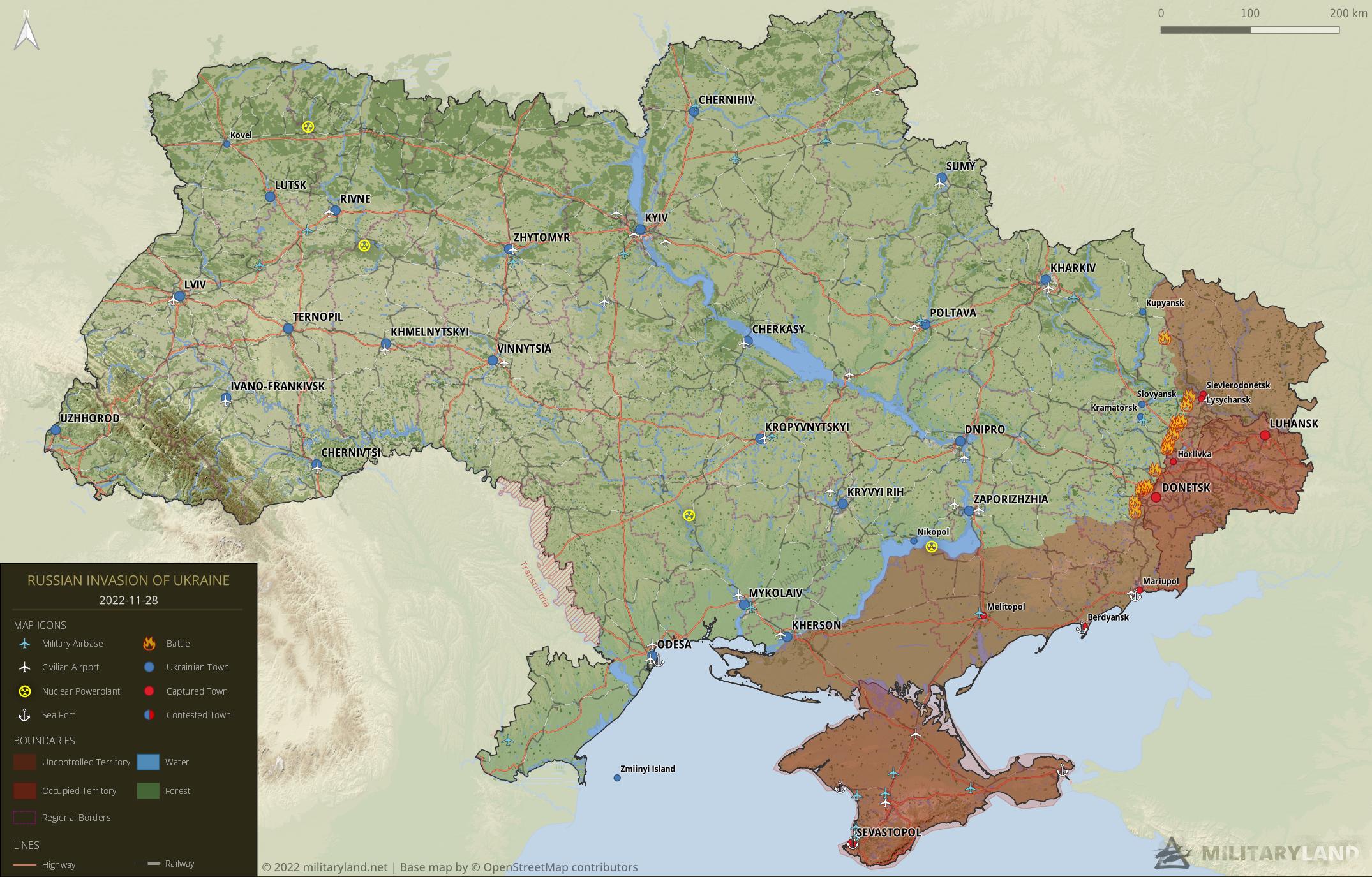 I’m really concerned about the Donbass front, the Russians just captured Kurdjumivka according to Liveuamap

The east freezes now, the south doesn´t yet if at all. So a ukrainian winter offensive should come in the east. Russia has mobilized, retreated to shortened, deffensivable positions and deplets its missile stocks. Russia is out of options, if it can not stop Ukraine this winter, it is hart to see how it could at all.

Russia continues to nibble away at Ukr villages in the East. While at very high cost they still continue to slowly advance.The UA seems to have no success for months, and then tears off a big chunk. Not sure where and when the next chunk will be or if ever. The Russians are clearly preparing for a defensive battle in Zapo and it will come at a high price to the UA on the offensive.

Have heard ‘idea’ to move cross the plains to Sea of Azov, seeking to capture Berdyansk, Mariupol, and Melitopol. I suggest, this while obviously hard might still be easier than attempt crossing of km. wide Dnipro against prepared reinforced RU positions on the other bank. Sure Russia shall also have reinforced defenses on those plains, however plains aren’t the ideal set up for effective defense.

“No sucess for months” ? Can we speak about Izium, Kharkiv front, Kherson re-capture, Kalanchak Spit advance ? Do russian succeed to advance anywhere else except around Bakhmut for no tactical nor strategical reasons ?