The first snow has fallen, the winter is right behind the corner and a new phase of the war is about to begin.

Russian forces continue with their attempts to seize new grounds in the vicinity of Bakhmut and Donetsk Airport. They are partly successful in these areas, but the advance is slow and costly. 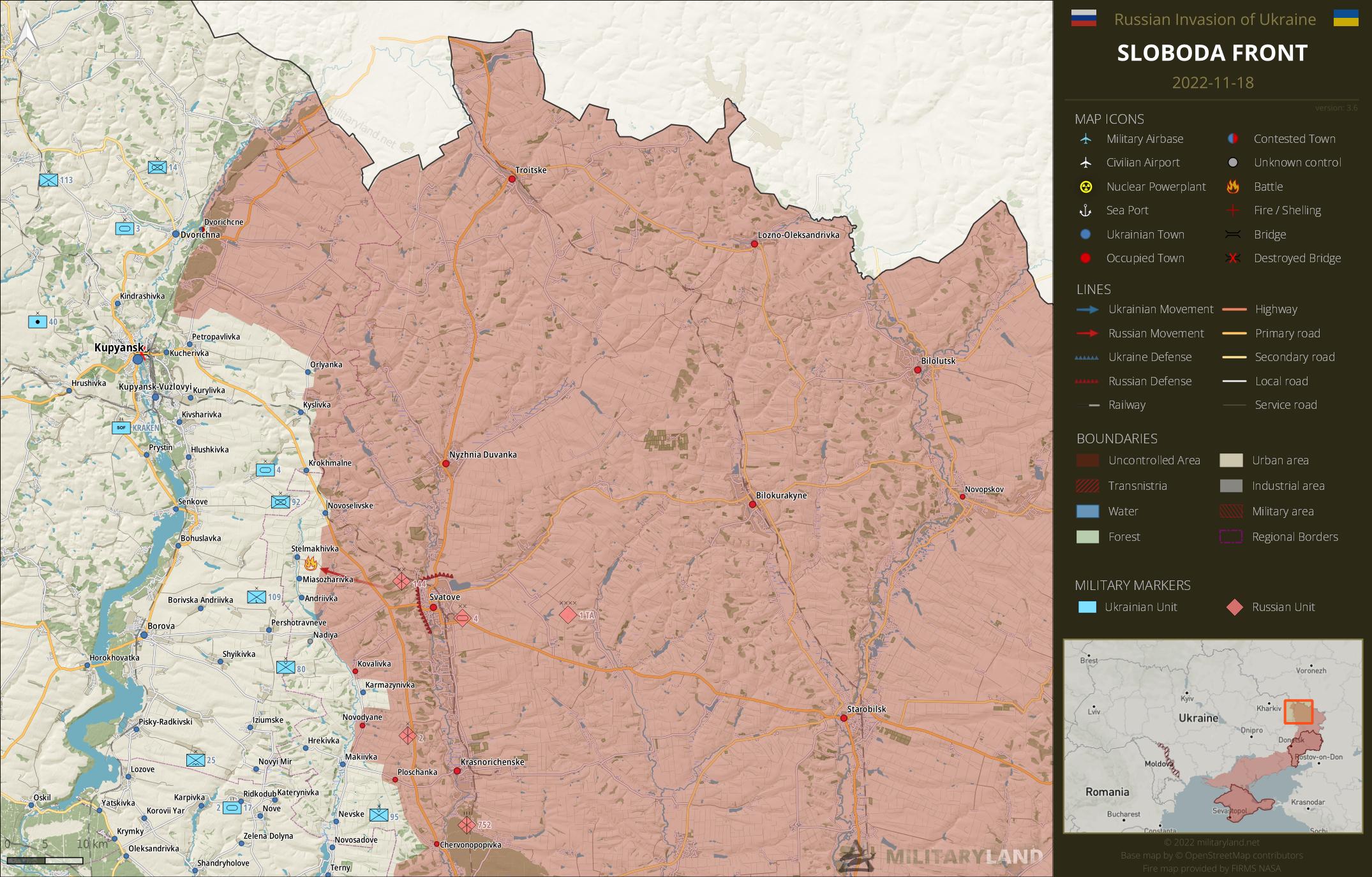 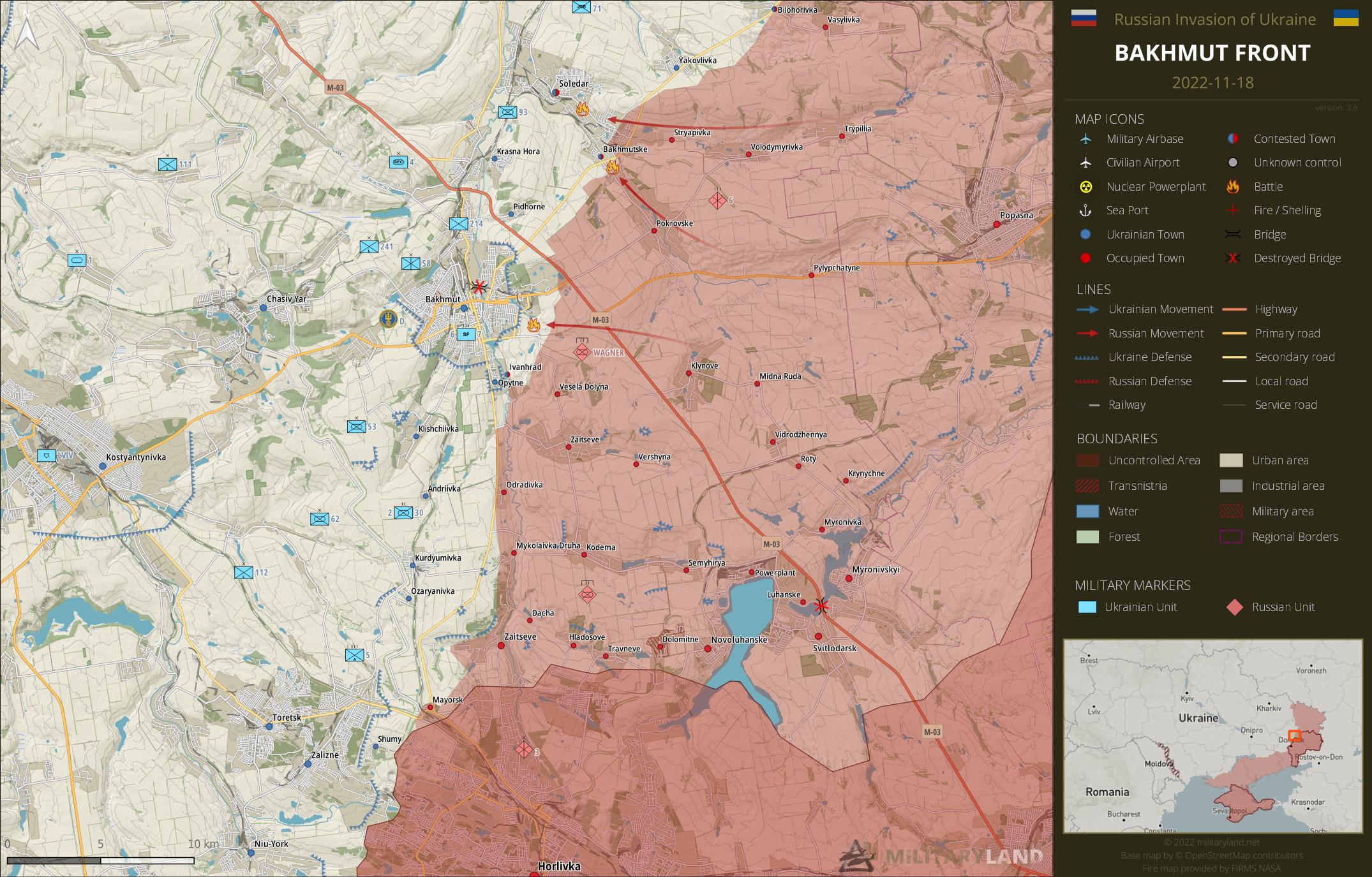 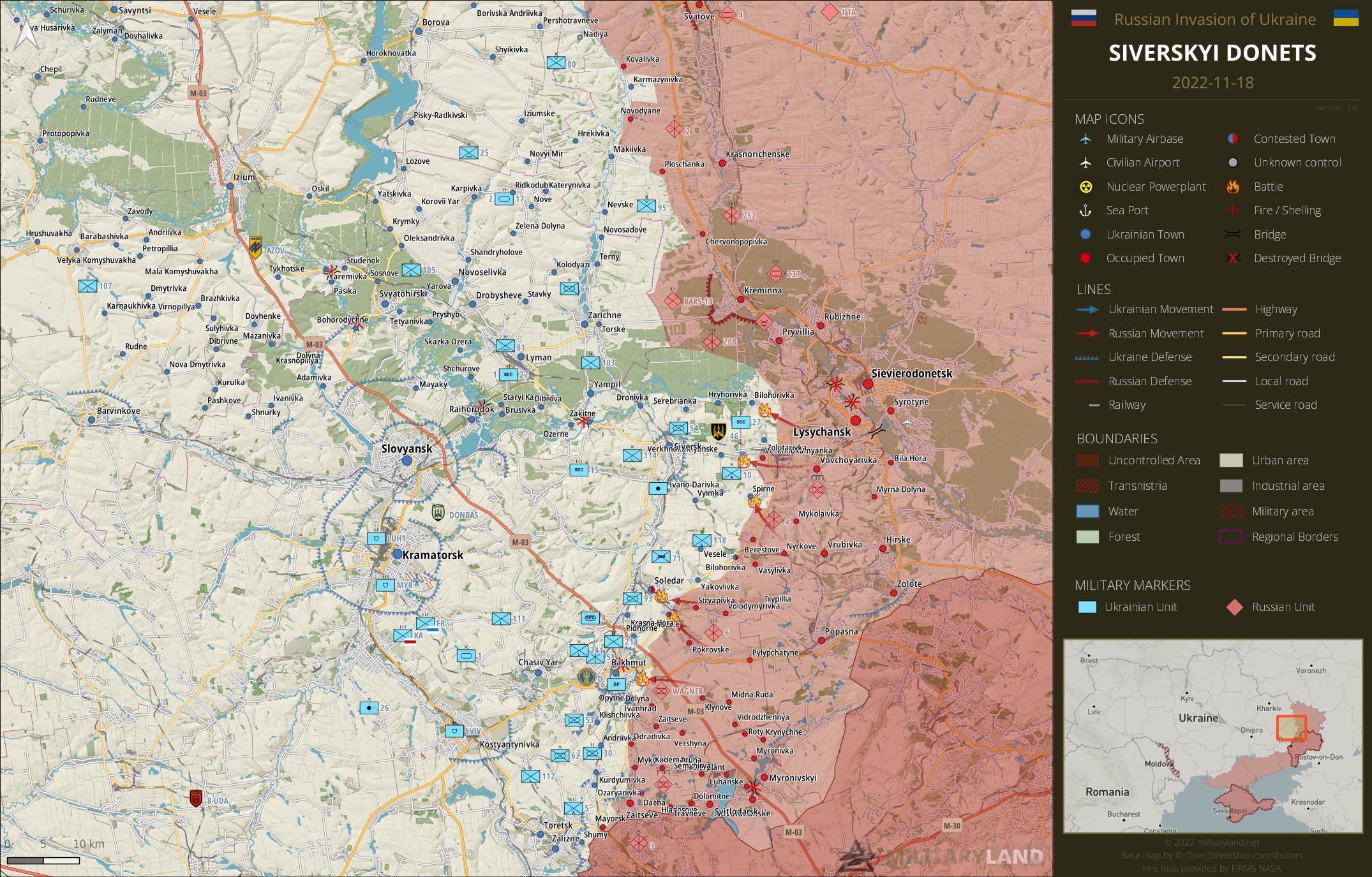 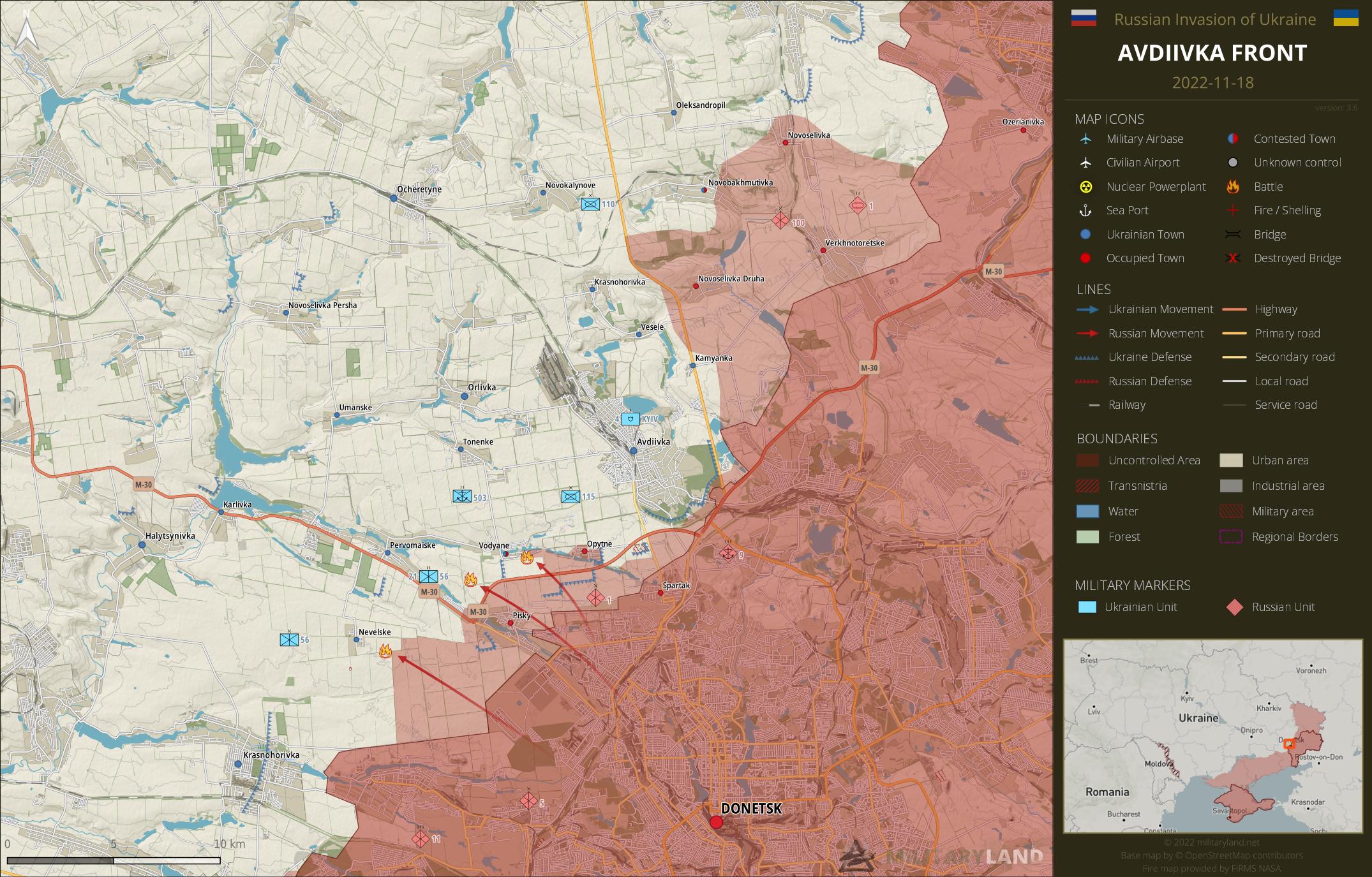 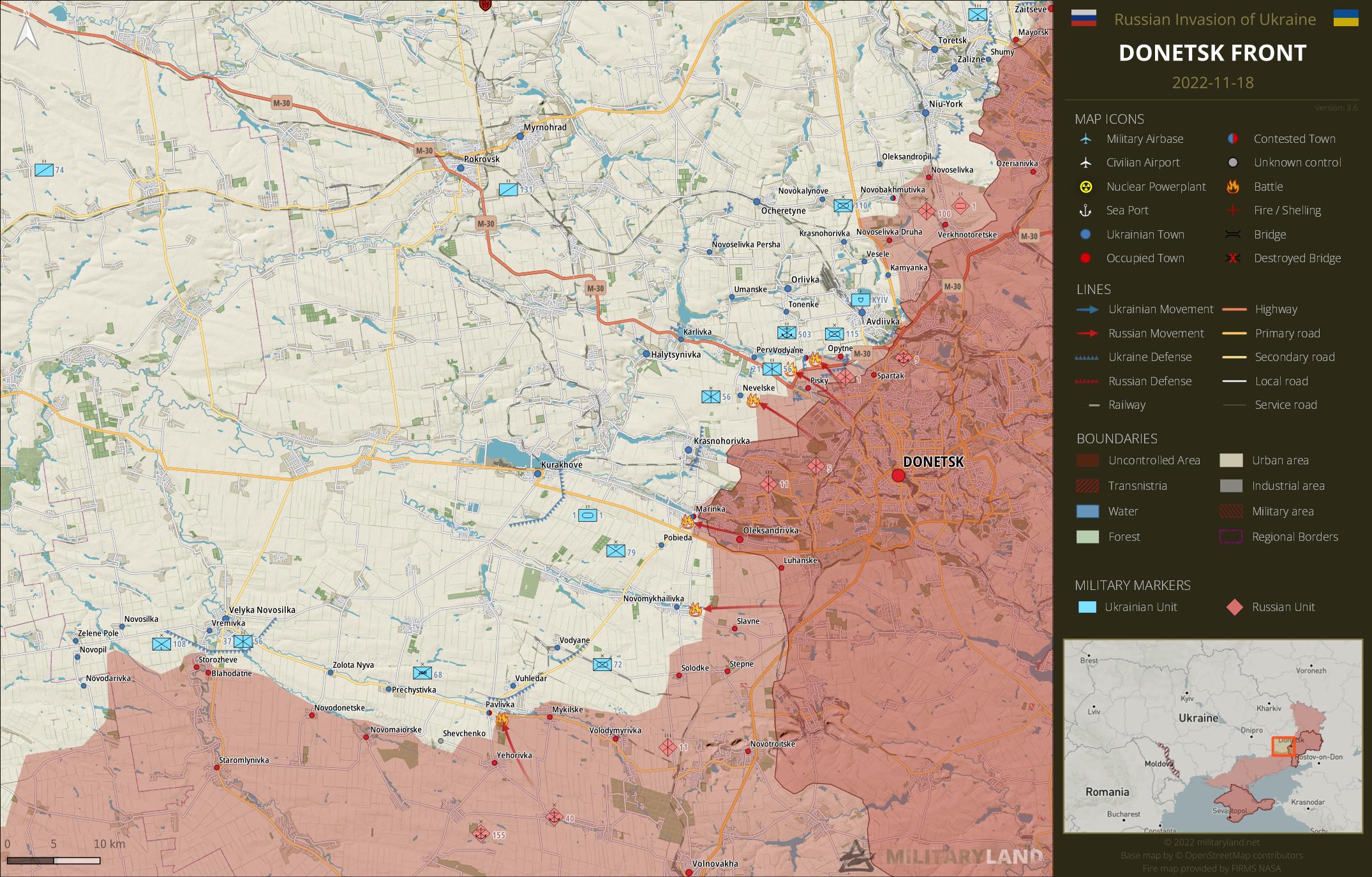 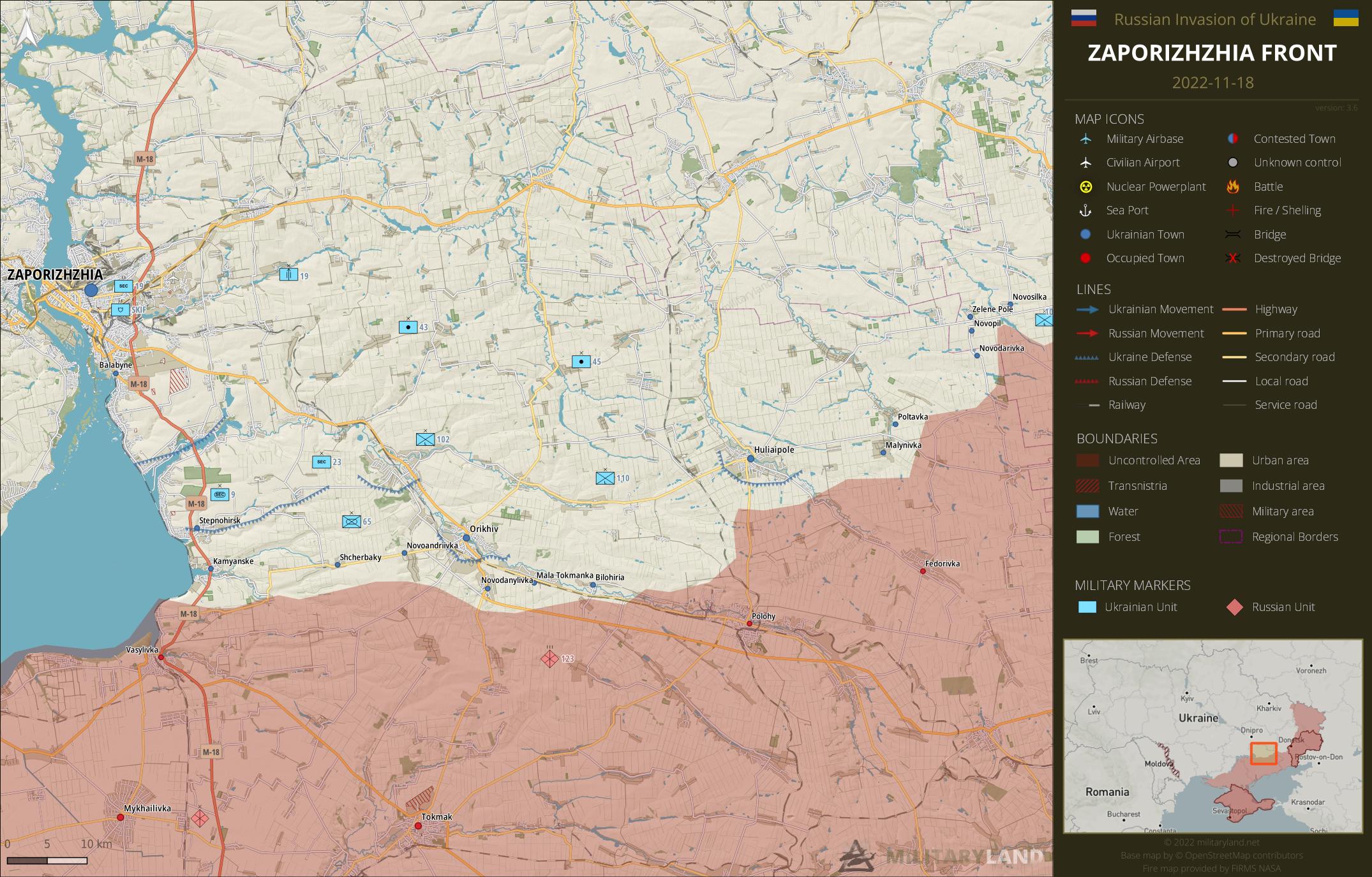 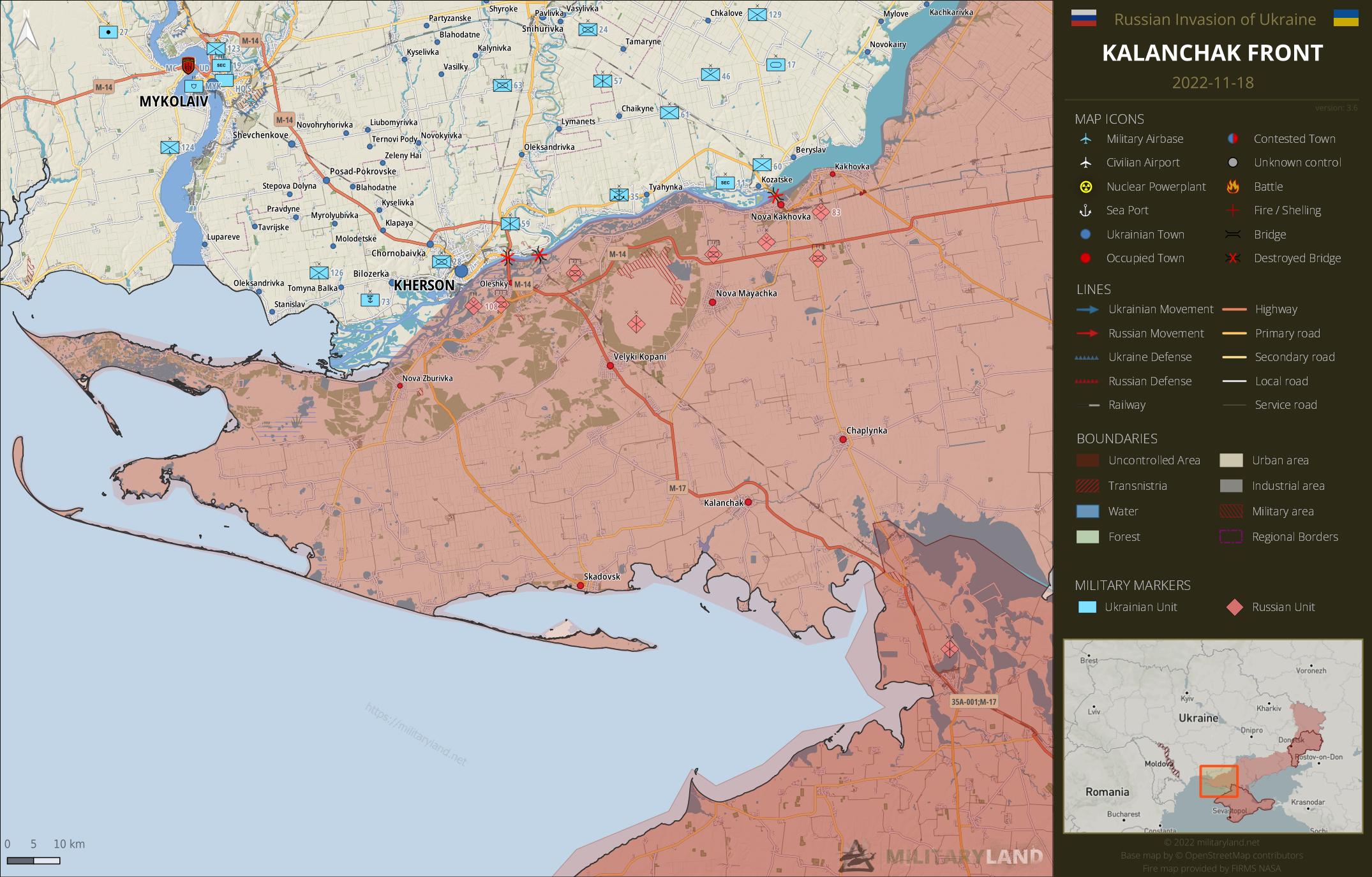 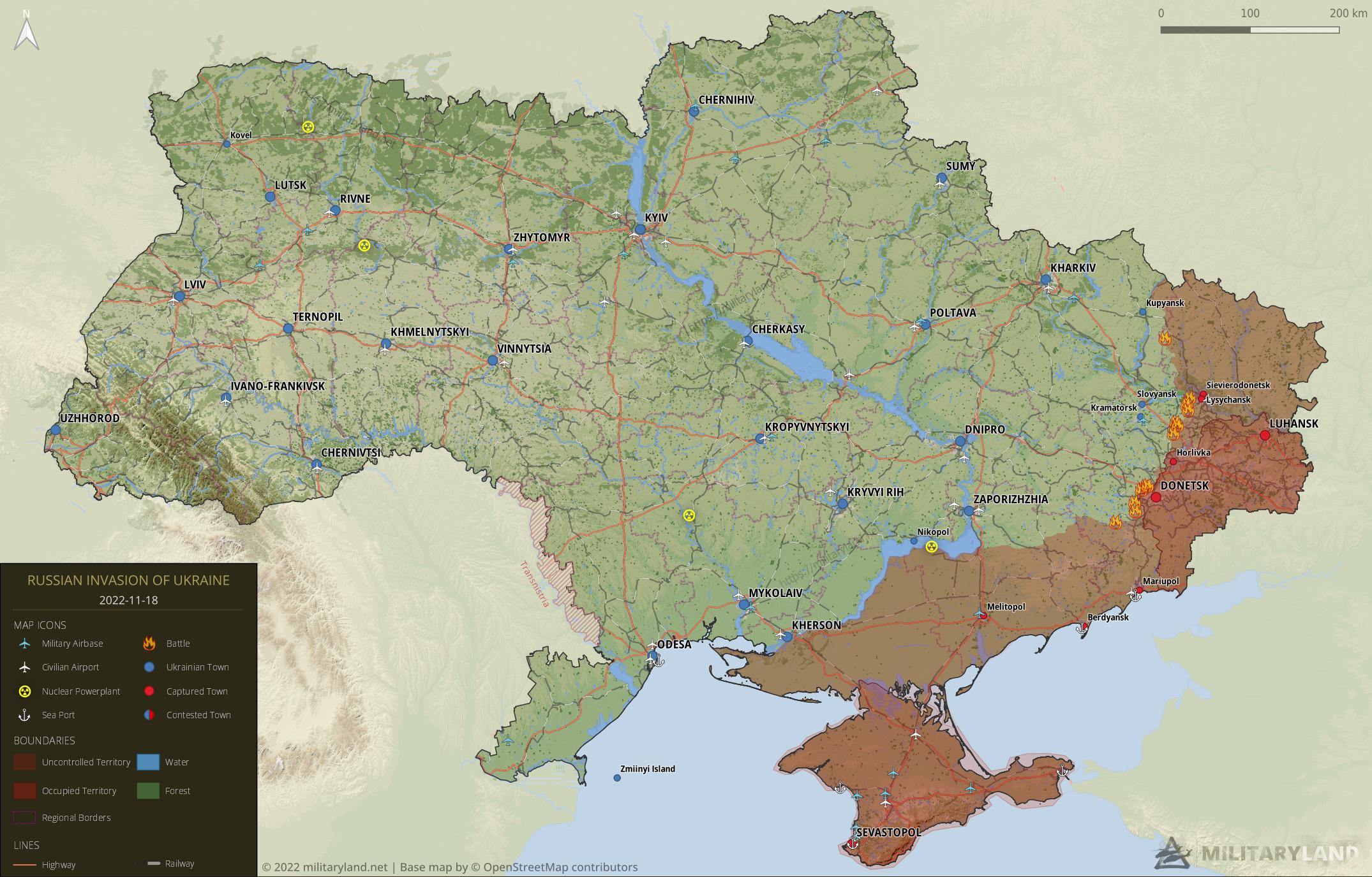 Have heard suggested, don’t know if realistic, Ukr. to advance cross the planes towards: Mariupol, Berdyansk, Melitopol. No big waters on that route, planes ain’t best place for fortifications, i.e. less effective there. Theoretically, if successful RU controlled is divided in 2, plus Russian’s in South taken in the rear. Wonder if RU can keep South forces supplied, Kerch Bridge damage considered.

Just to clarify for others. He is talking about “plains” on the ground, not planes in the sky.

Thanks for your great work as always, Jerome! I’m not an expert in war strategies and tactics, but I’m curious about the “peacefulness” on the Zaporizhzhia Front. Do you think/is there any rumours about a push by the Ukraine Forces soon in the region? And I find odd that Ukraine didn’t recover the control of the East of Dvorichna yet… Didn’t remember of any battles there since the Kaharkiv front

The Zaporizhzhia Front is in the mud season. May be if and when the ground freezes. I heard that it may not freeze at all in the south. Concerning Dvorichna i would guess that it is not high on the agenda and that the tactical situation ain’t inviting.

Thanks for the great work as always, Jerome! I’m not an expert in war tactics, but I’m really curious about the “peacefulness” on the Zaporizhzhia Front. Do you think that Ukraine can start pushing in this front soon/is there any rumours about an advance?

but, all in all, thanks for you great job