Ukrainians are slowly, but surely advancing towards Svatove. The enemy attempted to regain lost positions in the direction of Lyman, but was not successful.

Russian forces increased the number of attacks in Donetsk Oblast, primarily in the vicinity of Donetsk, but the main force remains focused on Bakhmut. 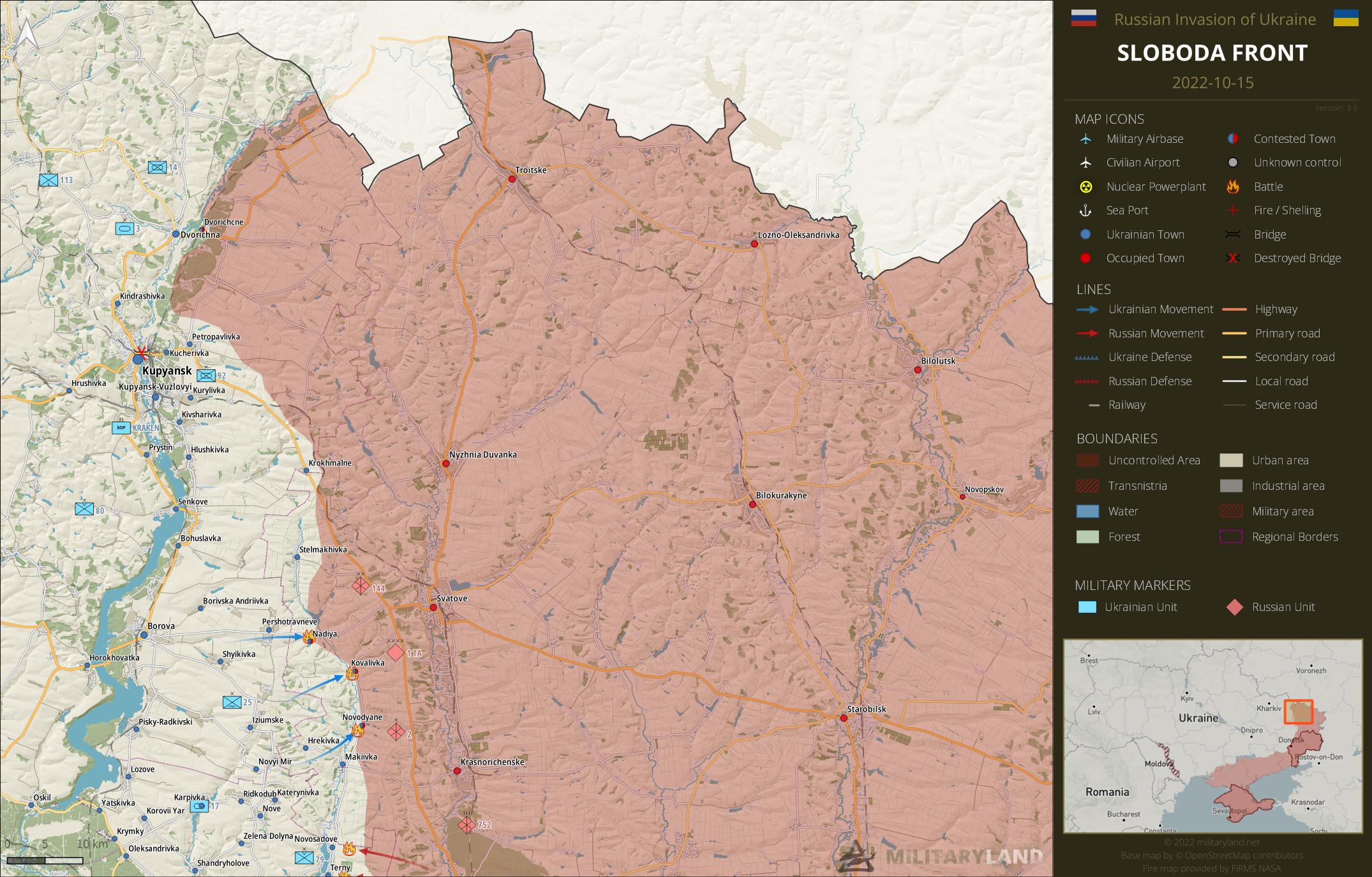 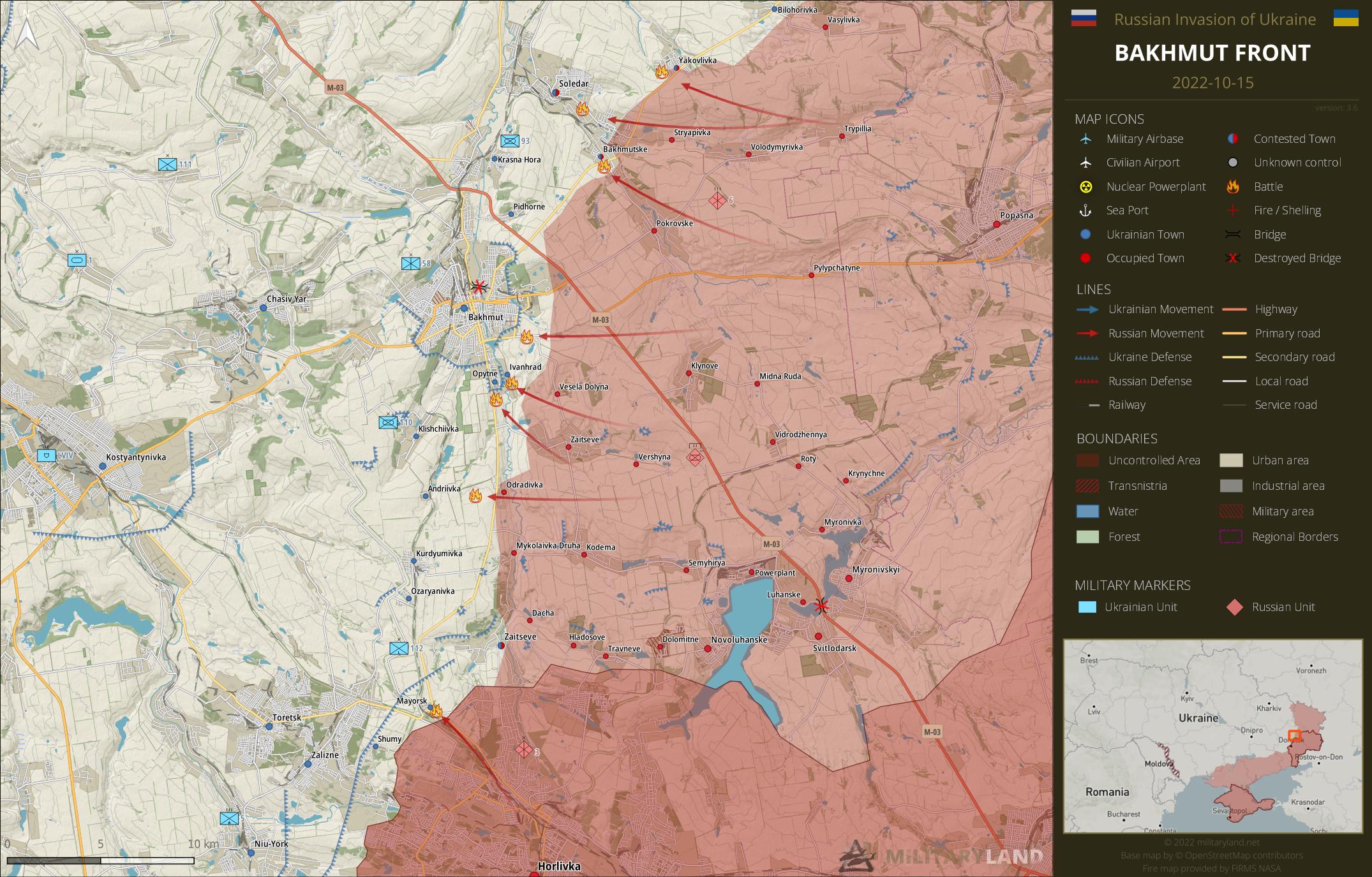 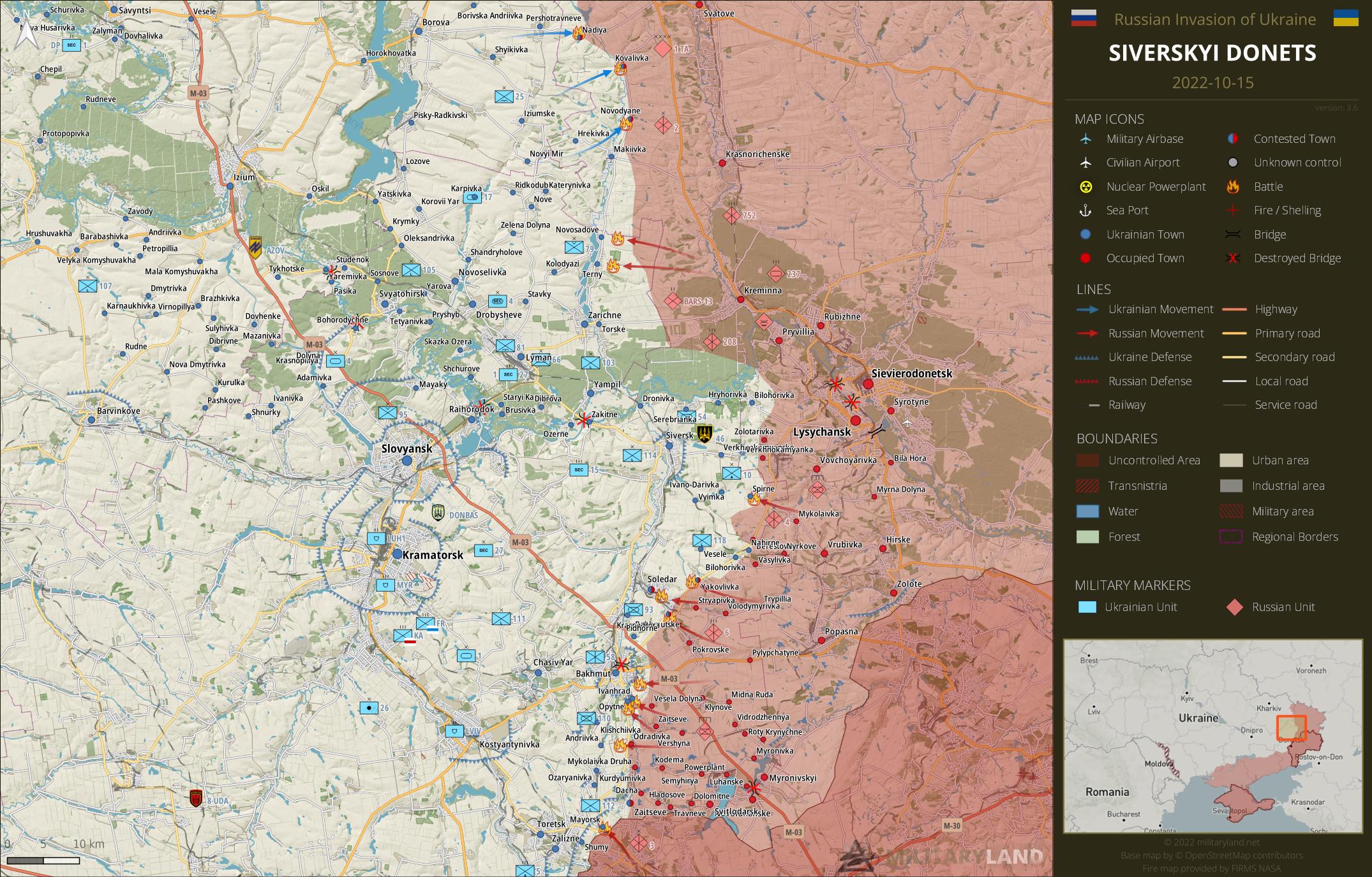 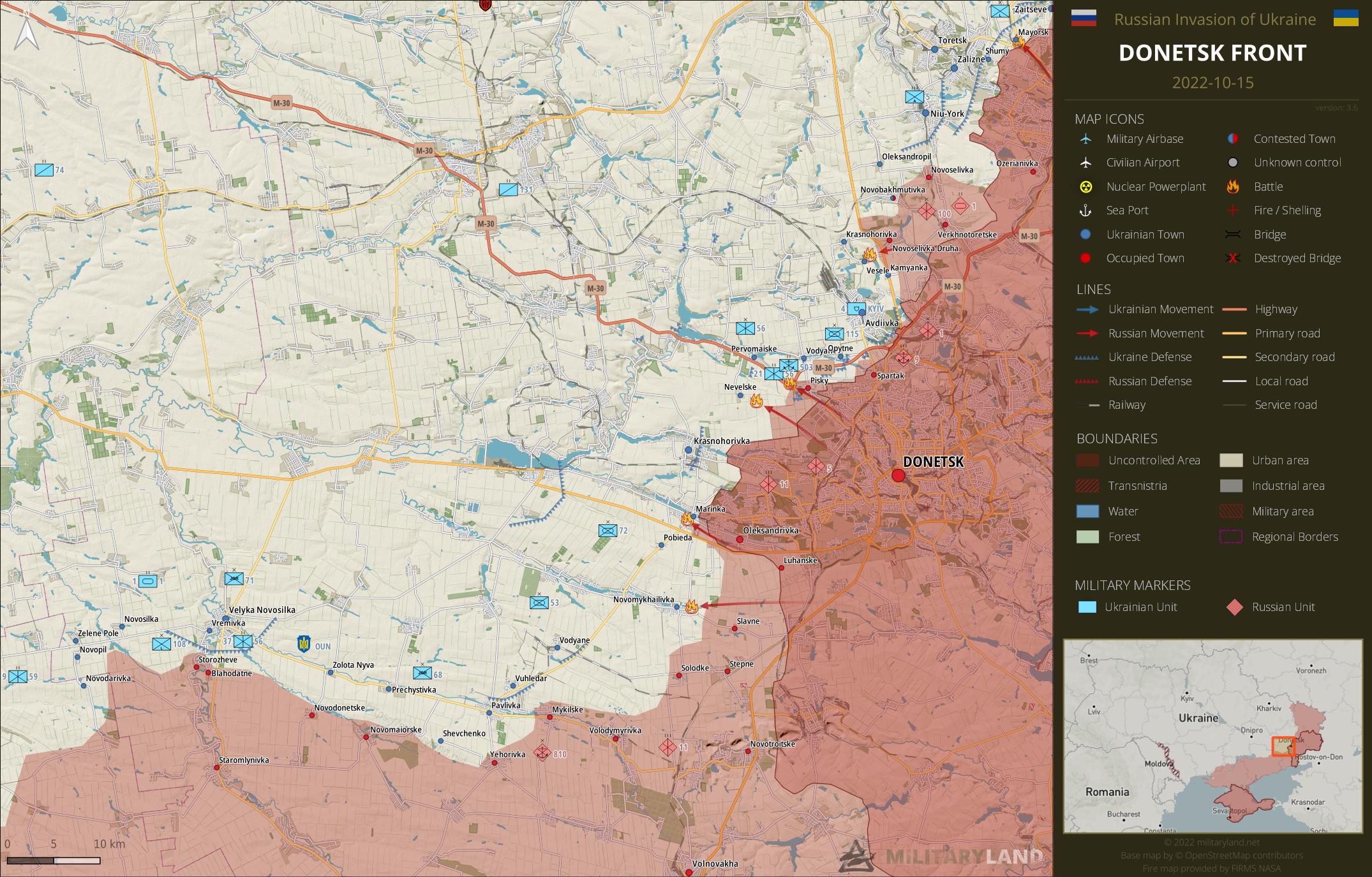 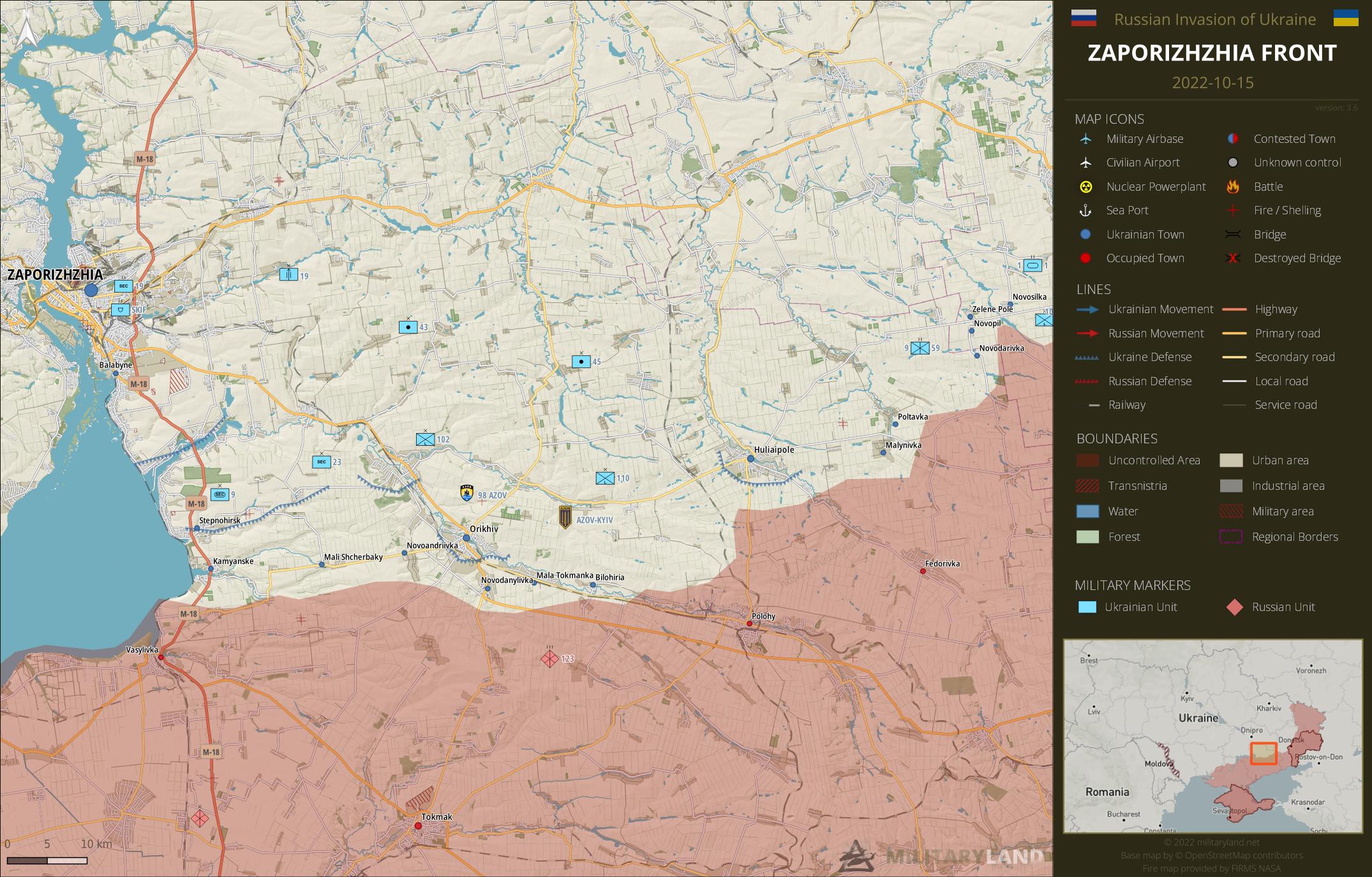 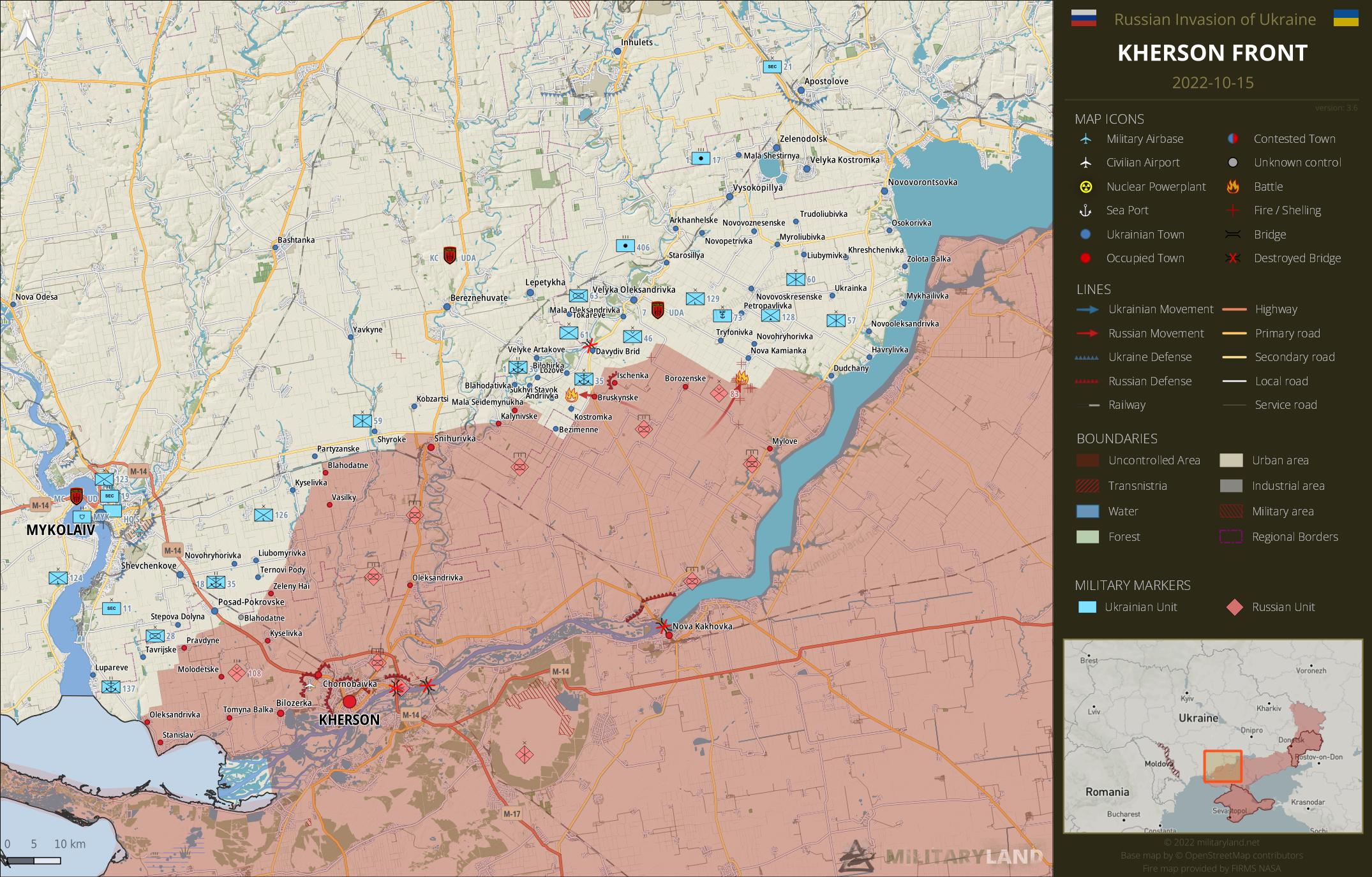 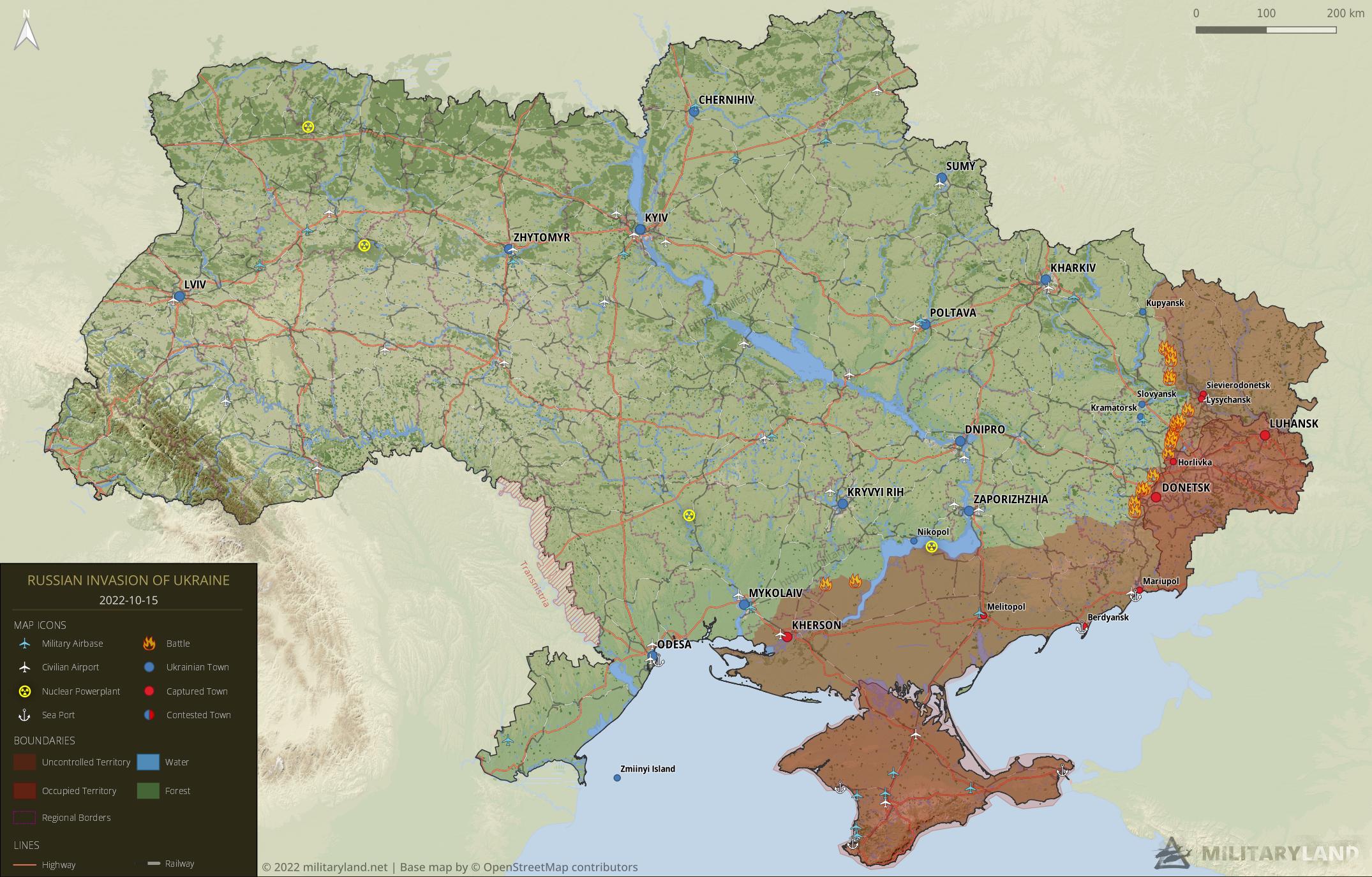 I wish you a quick recovery, and not only because we miss your work

I wish you a prosperous recovery, Jerome.

Maybe USA would like to annex Bachmut, that would be even better than annexing it by Poland

I’m also worried about you, Jerome. Anything happened or just a vacation? I also miss your very usefull maps and comments…

Looks like those “desperate missile attacks” left Jerome without Internet.

Polish newspaper wrote that Jerome is currently sick and that is the reason why he stopped publishing maps. I’d take it with a bit of salt…

I believe you are the best source for the status of the war. My number one source. You have have a talent to offer on a broader level. Think about that while you recover. I’m sure you will find similar ways to put your talent to good use.

Thank you for the kind works, I appreciate it.

Hi,
I’m recovering from an illness. I wrote it on Twitter, but I’ll make sure to put a note here as well next time. Sorry.
If everything goes as planned, there will be a summary this Sunday.
Thank you for your care, and understanding.

As of 10/20/2022 there is looting in Kherson city, Russians will leave in weeks and blow up Nova Kakhovka dam.
Those 8,000 elite Russian troops evacuating from Kherson paired with 150,000 low-skilled mobilized could do damage around Kiev, from Belarus in the west, against zaporizhia or in Donetsk. No end in sight

Jerome, your summaries are really helpful and make you a very important resource with all your hard work! That being said, I hope things are going well for you and just know that we all appreciate your work!

Hey Buddy, are you ok?

Hello,
yes, I’m recovering from an illness. If everything goes as planned, there shall be a summary on Sunday.

Looting in the apartments of employees of the Zaporizhia power plant, announcement of evacuation of civilians in Kherson, admission of a difficult situation for the Russian army on the west bank of the Dnieper, threat of destructive action on the dam, … These are all signs of an imminent Russian withdrawal from the area. Or a maskirovka?

Evacuation of “civilians” is the same as “moving Ukrainians to Russia”? Like they are doing with women and children (who are then put in Russian families).

with so many attacks with drones (destruction /cost ratio very efficient, with no risks), isn’t it possible to delude them by emitting false GPS signals (russian format ?), as it has been done in Pakistan ?

The Wagner group has begun construction of a fortification line in the Luhansk oblast, suggesting the choice of stabilizing the front (the new national border?) along this route, rather than reconquering territory lost in recent weeks. Will they have time to carry out this project or is it yet another desperate attempt to block the Ukrainian advance?

Because static defense lines like the Maginot-line or the atlantic wall worked so well… Putin has a knack for learning from the rightwrong parts of history. Starts a war with wrong reasoning, hides in a bunker after it turned sour, takes over control from the military, inprisons critics, declares a Volkssturm (sort of).. I hope he follows the script to the end

Maginot Line worked extremely well… they just went around because France could not build a line in front of Belgium for obvious political reasons… You can’t go around here.

It is questionable if it worked, then (I see your point, though). The whole point of my argument is that one tiny weak spot ruins the whole defense line, and, being static, automatically renders useless. If the Wagner guys build up a splendit defense line that the Ukrainians can walk around, it just didn’t work

Wagner’s actions do not make sense because they are whatever Putin pays for. Around Bakhmut they are building a bridge to nowhere which is a remnant of the pincer strategy of 6 months ago. In 5 months the Wagners have not taken Bakhmut

The Wagner line was built because Putin pays for it. It is due to concern of Ukraine advances in north Luhansk and Bilohorivka. Ukraine stuck at Svatove

The announced evacuation of Kherson can be understood as, at best, the preparation of a Russian withdrawal from the western bank of the Dnieper or, at worst, the will to make of this city a new Stalingrad… We know that Russia is capable of this (Grosny, Aleppo, …). The future will tell us.

Russia plan B for west Kherson is to blow up the Nova Kakhovka dam and flood Kherson city. Russia is forcefully deporting civilians to reduce drownings. 100s of thousand of civilians are at risk of death, Russia will do it anyway

70% of Russia’s entire elite troops appears to be in west Kherson, and they moved more in 10/18/2022. If fighting to the death, which is what they do, and loses, that will end Russian military

Since Crimea depends on the Dnieper for its water supply, there is a good chance that Russia will vigorously defend its bridgehead on the western bank. The city of Kherson appears to be a much less vital issue.

Didn’t Ukraine turn off the water supply from Kakhovka after 2014? If so, that implies Crimea has other sources of water.

Yes, they did. And Russia had major problems providing water to Crimea. They managed, though. But the first thingthey did after taking Kherson was to unblock the channel towards Crimea