The situation remains complicated in the area of Bakhmut, where Russian forces are slowly approaching the outskirts. Other frontlines remain without a significant change, Ukrainian command likely decided to pause the offensive for a while to regroup its forces and avoid overstretching its units.

Russian side launched a large scale missile attack on Ukrainian cities, targeting critical and civilian infrastructure, as the revenge for the attack on Kerch Bridge. The attack only shows the despair of the enemy and won’t change anything on the battlefield. 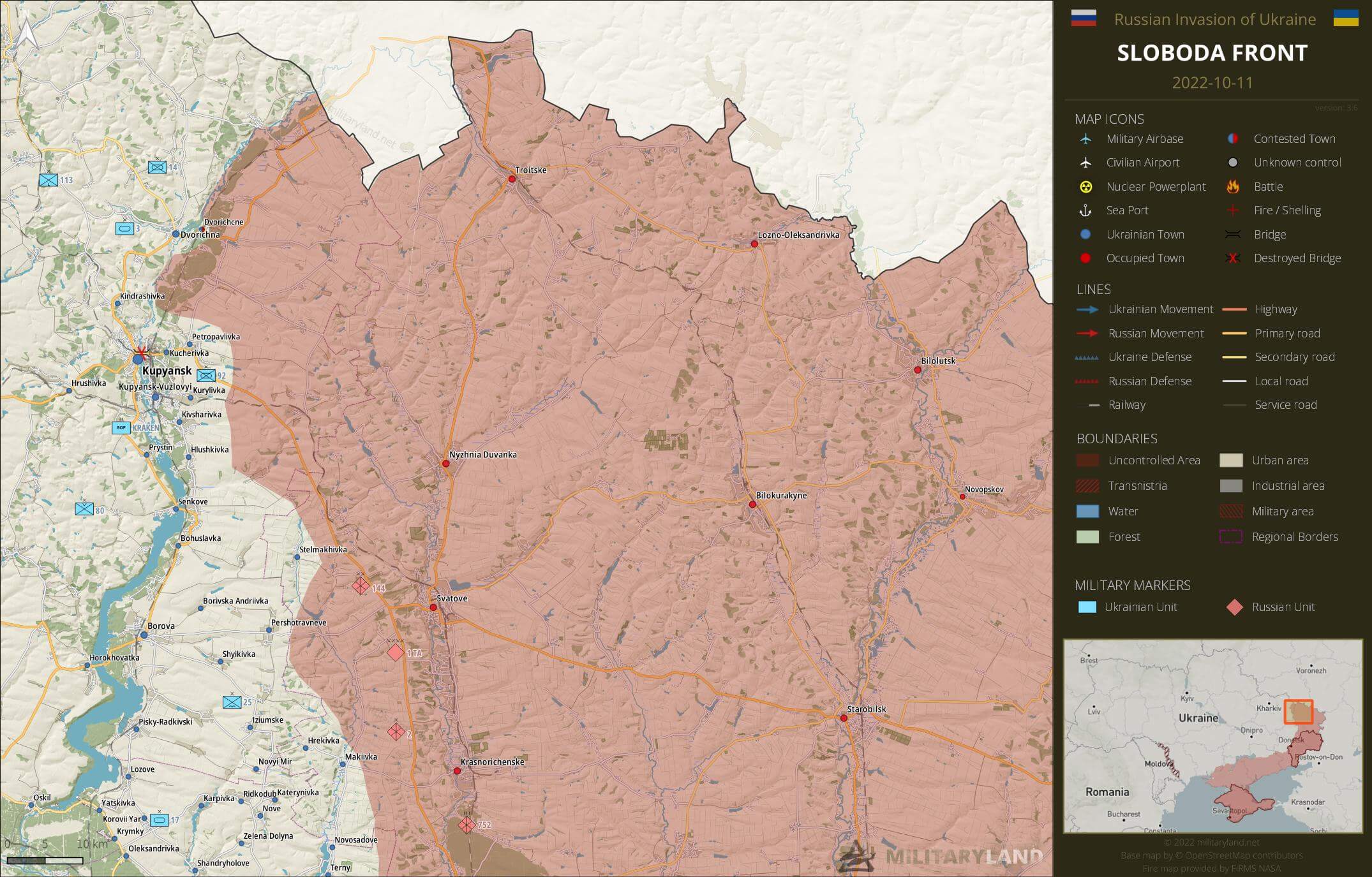 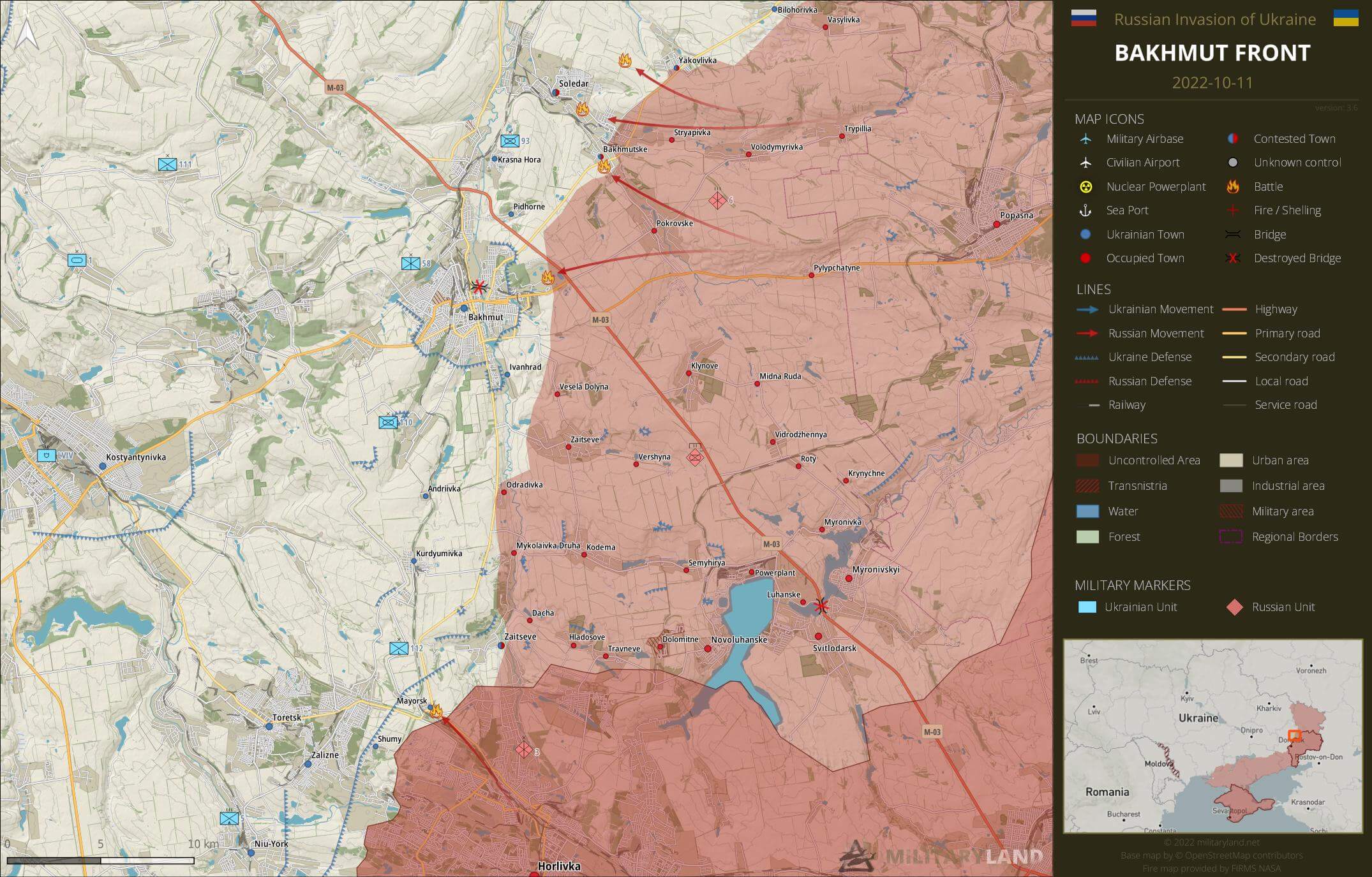 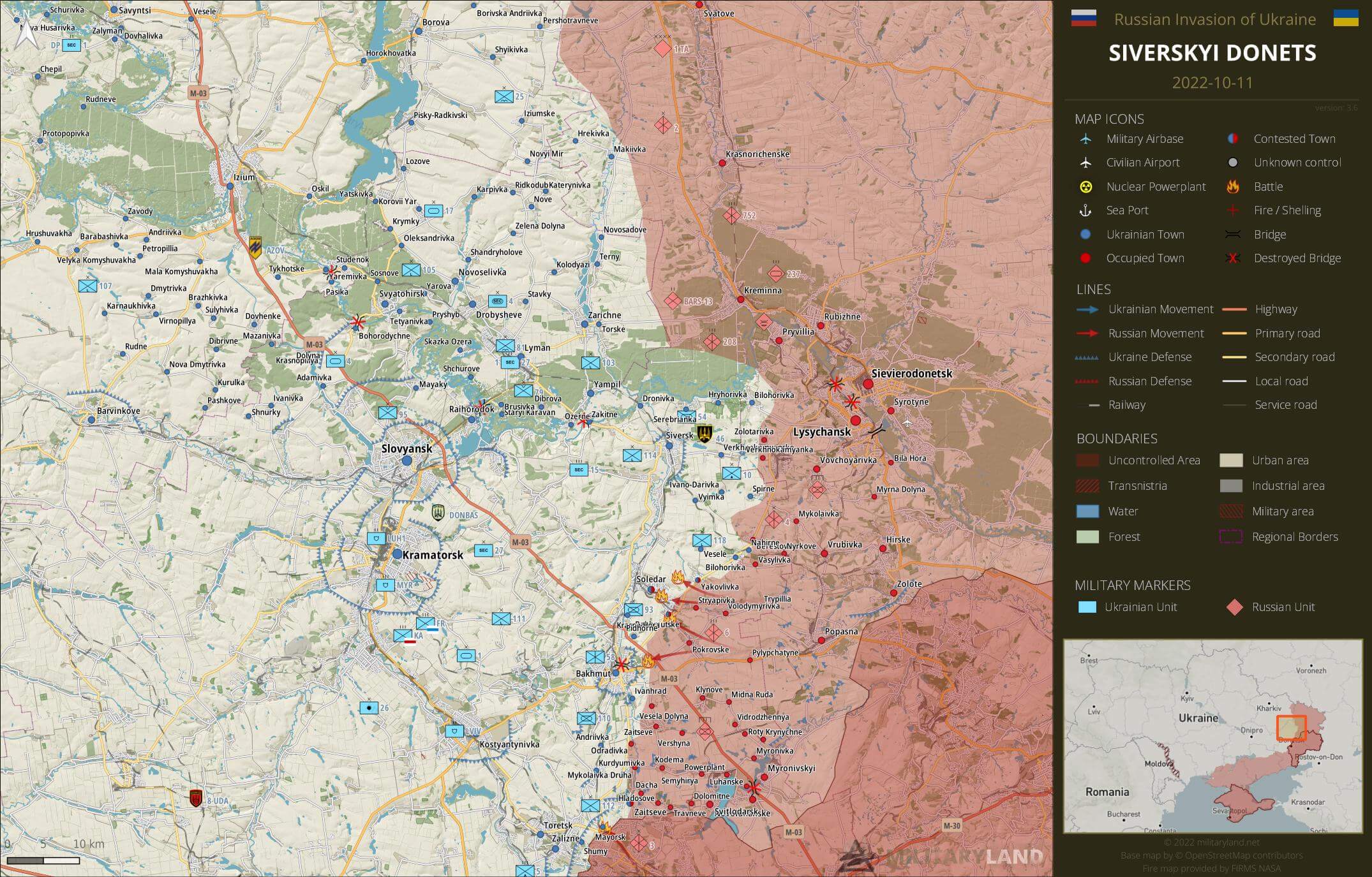 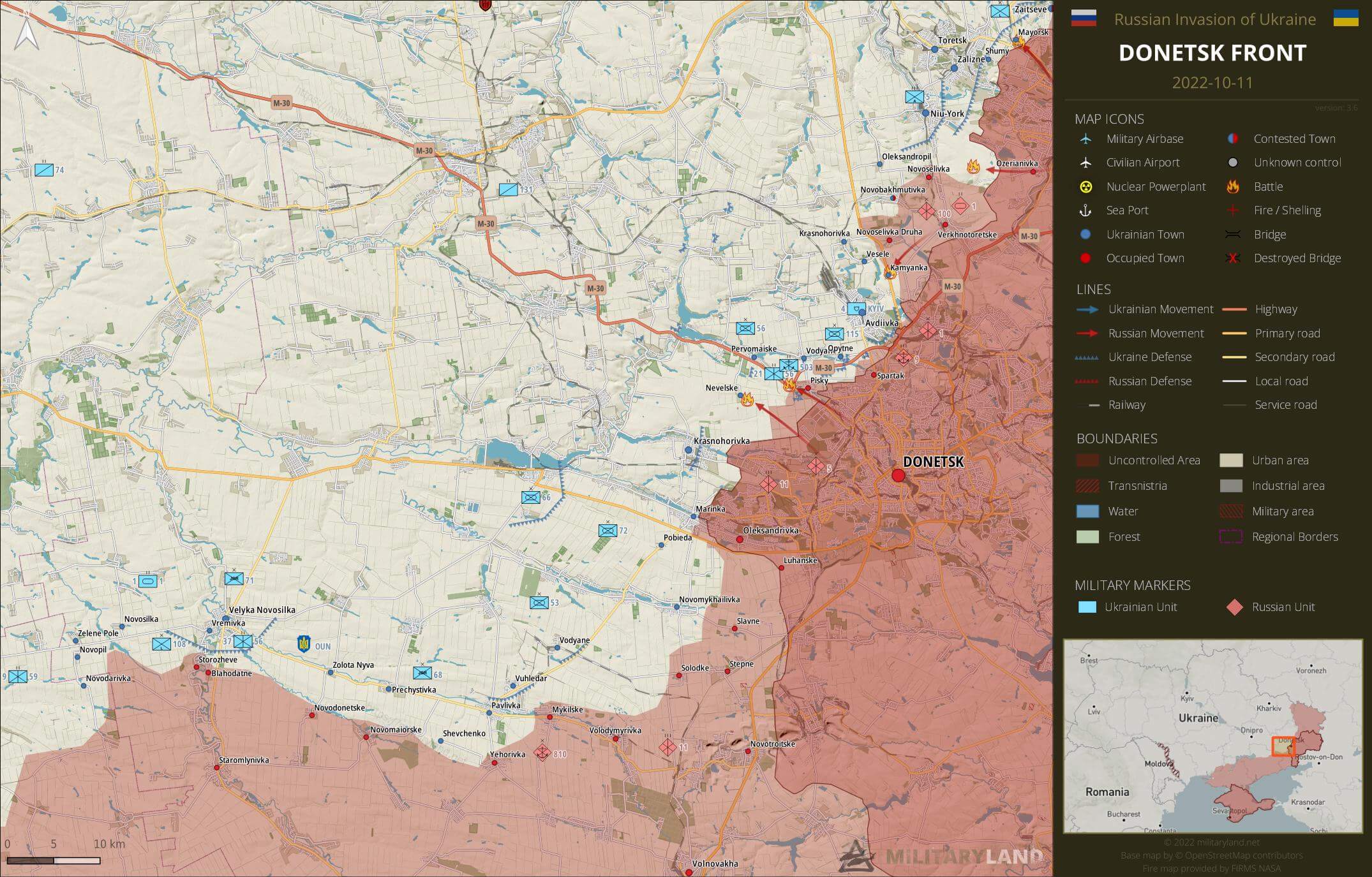 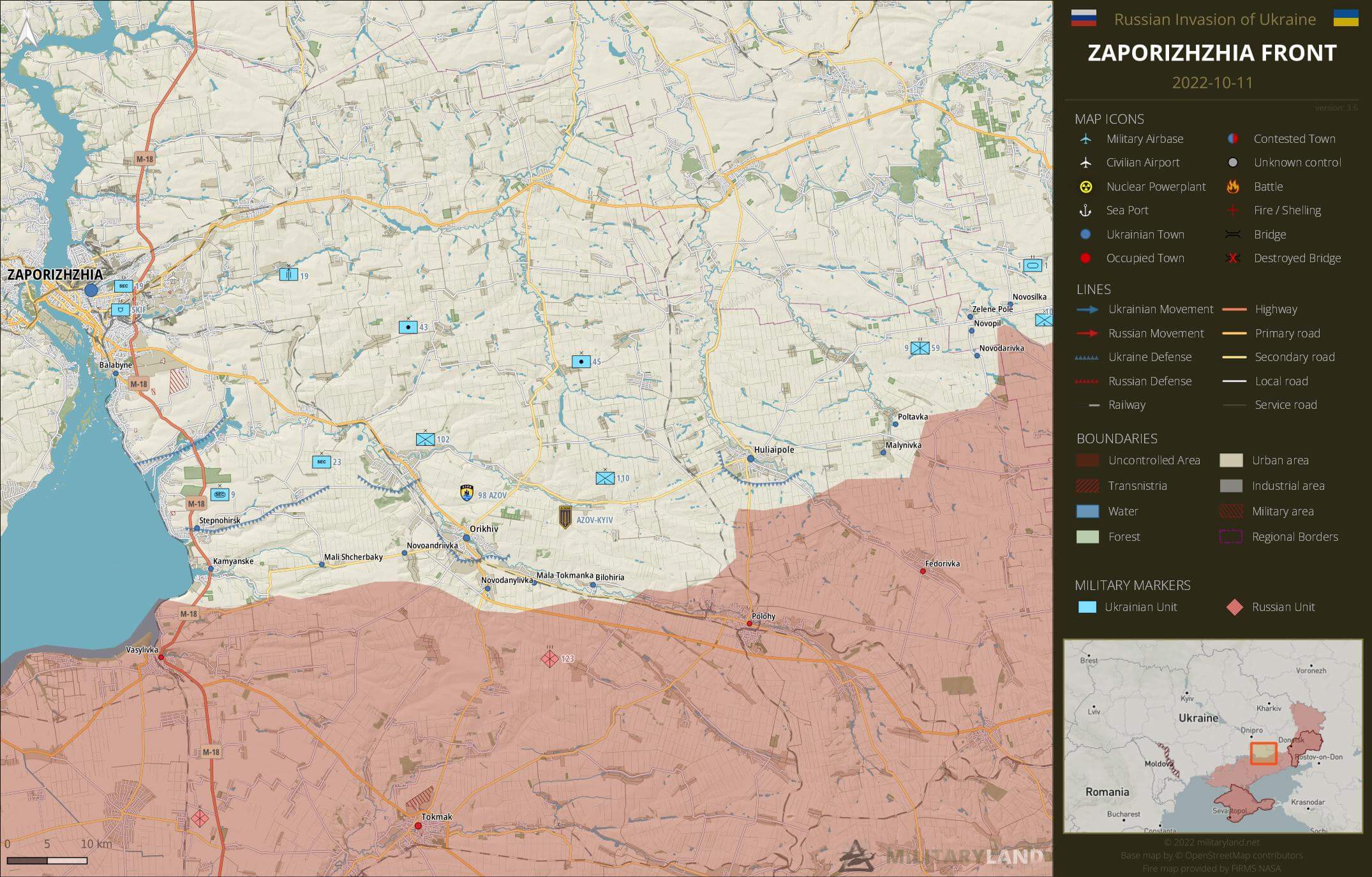 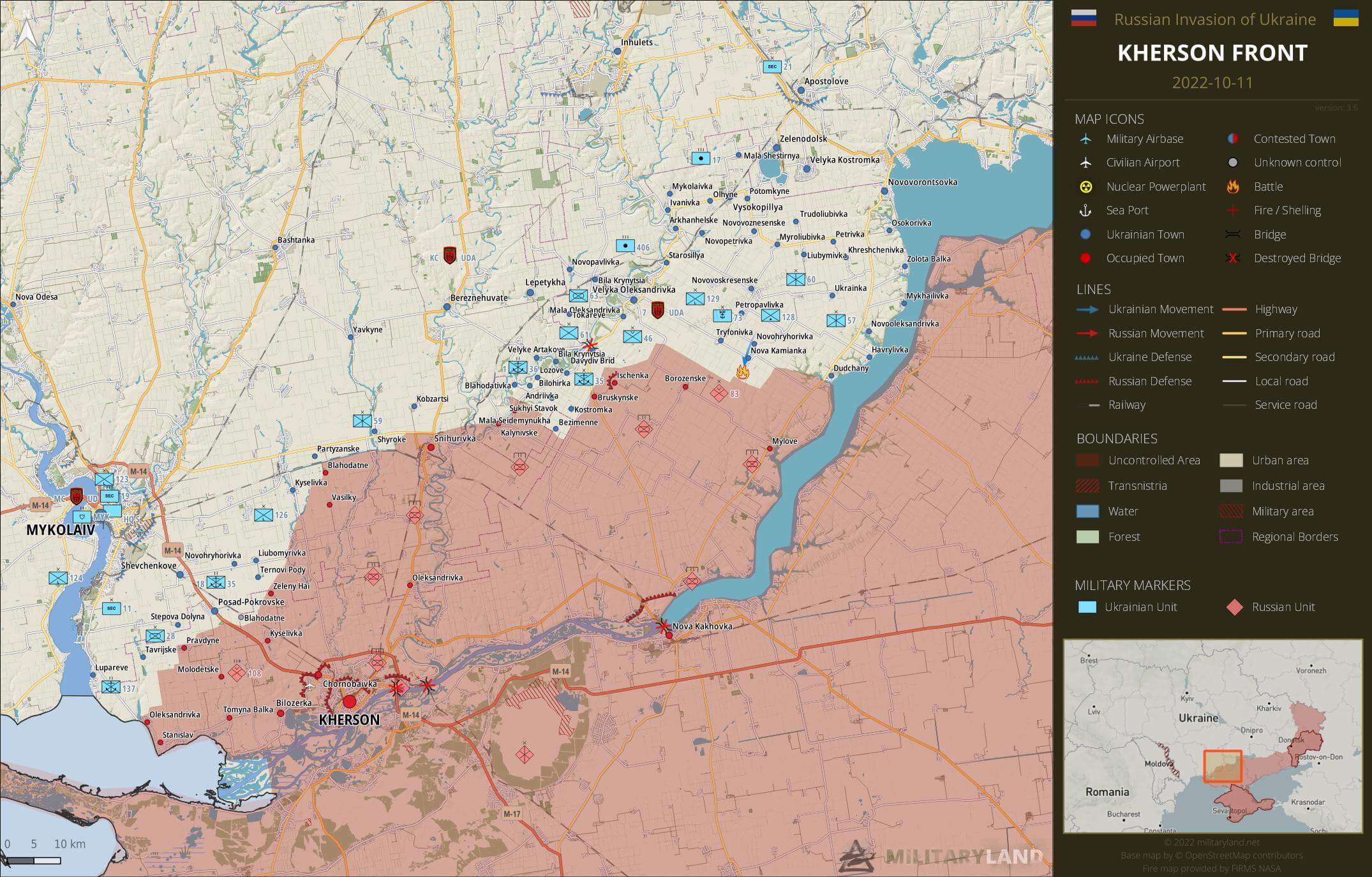 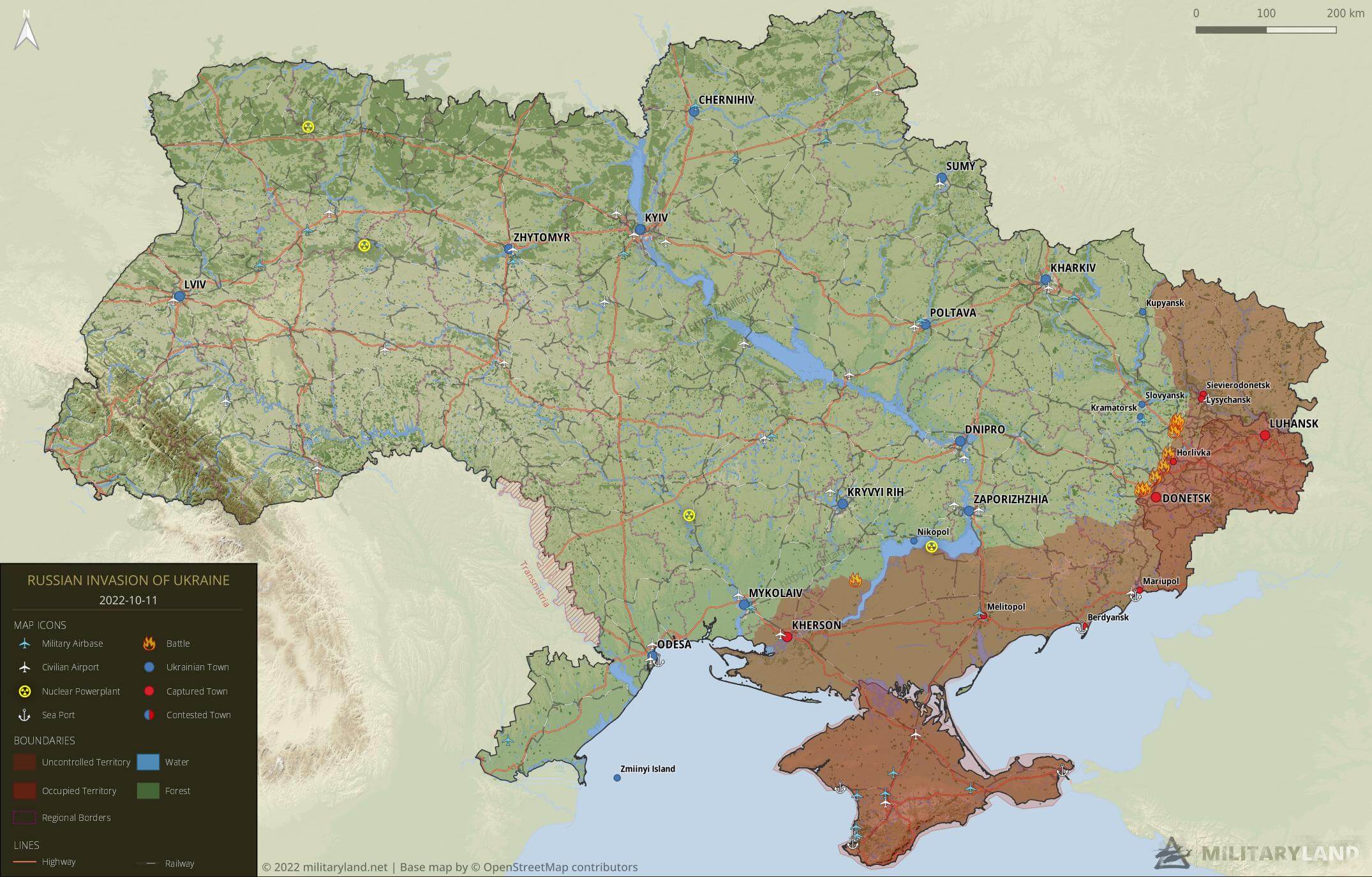 I am a Mogolian from China,but I stand with the people of Ukraine.

Thanks for your work Jerome. I hadn’t looked at your map in a while, but the several reports of Ukrainians surrounding Russians north of Dnepr river in Kherson region look like they were hot air.

Hey guys. I’ve finally made an account so I can contribute here.
Firstly I’d like to thank Jerome for all his hard work going into this.
Secondly I’d like to ask how long will it take until UA will resume offensive?

That is anyones guess. Very possible that even UA does not know, at least not exactly.

especially with winter coming and bad weather, readiness of the soldiers, equipment and all that funny stuff. all must be takes into consideration, also possible that russia will launch an offensive before them and so on and on, but they definitely have plan probably.

While we all are eager to know, UA will most definetly NOT tell anyone when and where they will strike next. It would spoil the surprise

It may be slower from now on

When Russians withdrew to Mylove, they left tough soldiers in forward positions, established the front-line at Mylove and a second line at Novokairy, all three lines where there is a bridge to blow up.
Russians are also topping off their groups with the untrained draftees.