Ukrainian Army launched a counter-offensive in the northern part of Kherson Oblast and managed to break through Russian defensive lines there. They advanced 20 km deep into occupied parts of the oblast and liberated a number of settlements. Ukrainian forces are also advancing in Kharkiv and the northern part of Donetsk Oblast.

Russian forces in Ukraine seem to be in a disarray. They are unable to stop Ukrainian ongoing advance towards Luhansk Oblast, unlogically continue to attack near Bakhmut and now having issues in Kherson Oblast as well. 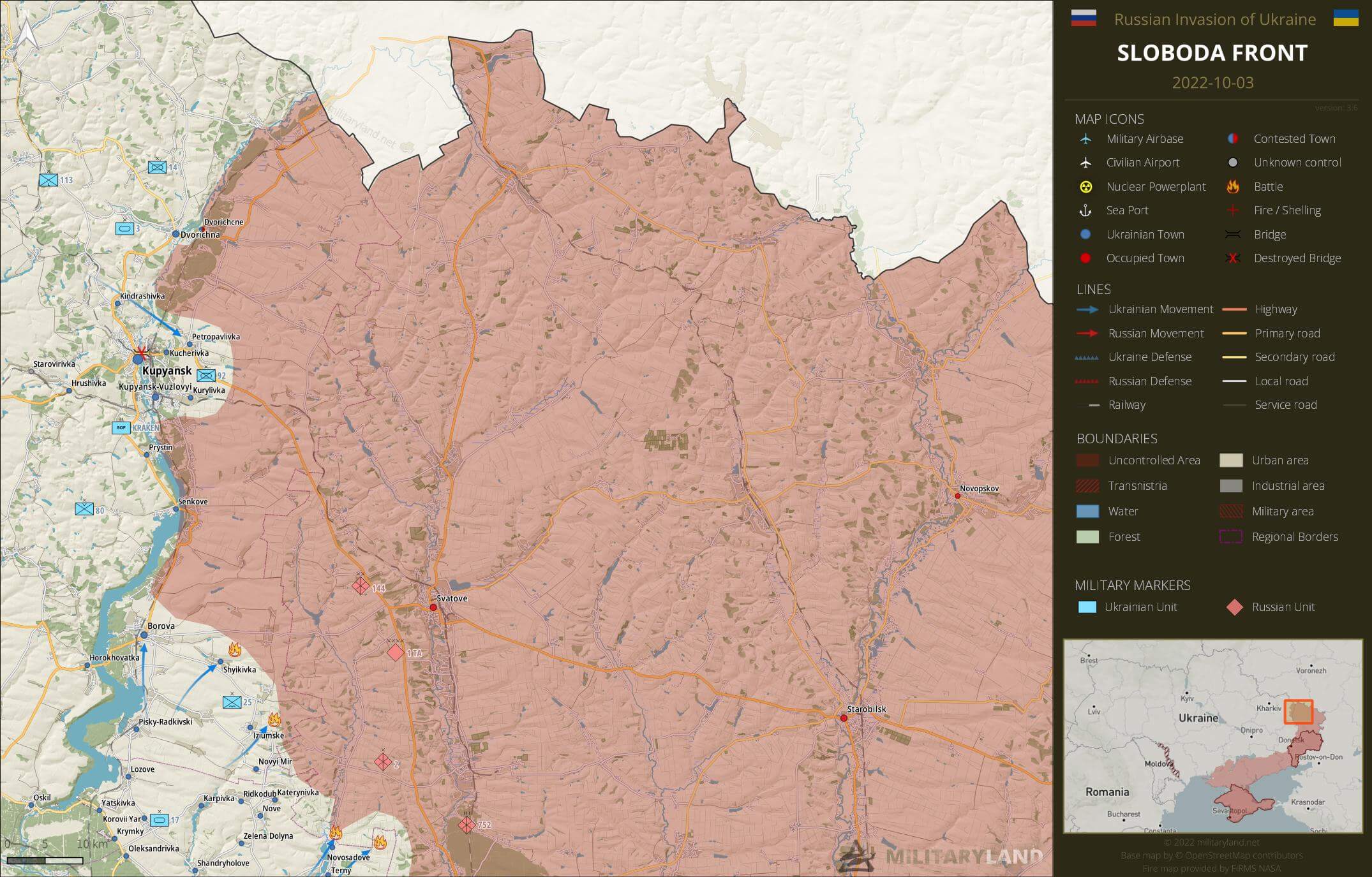 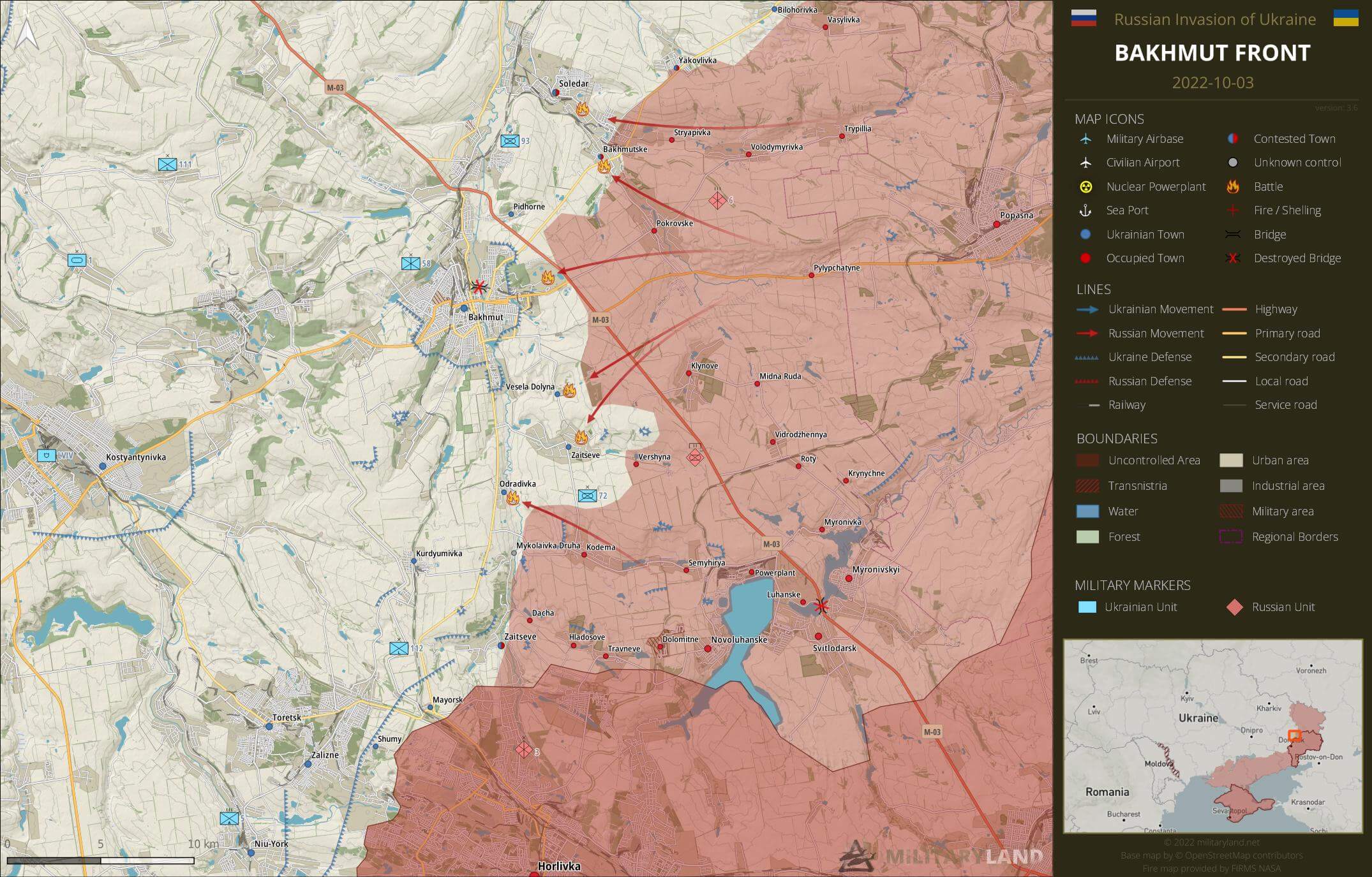 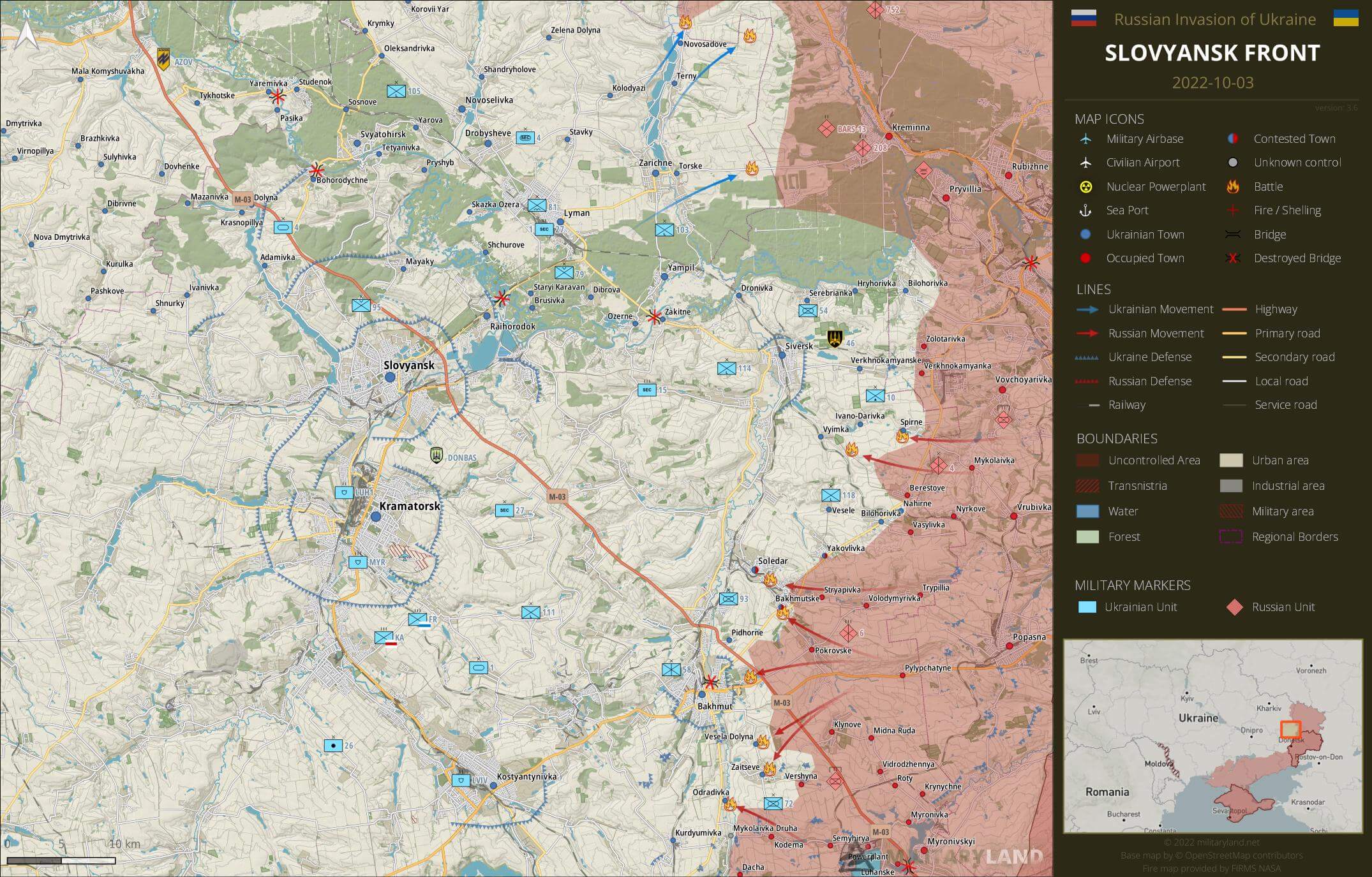 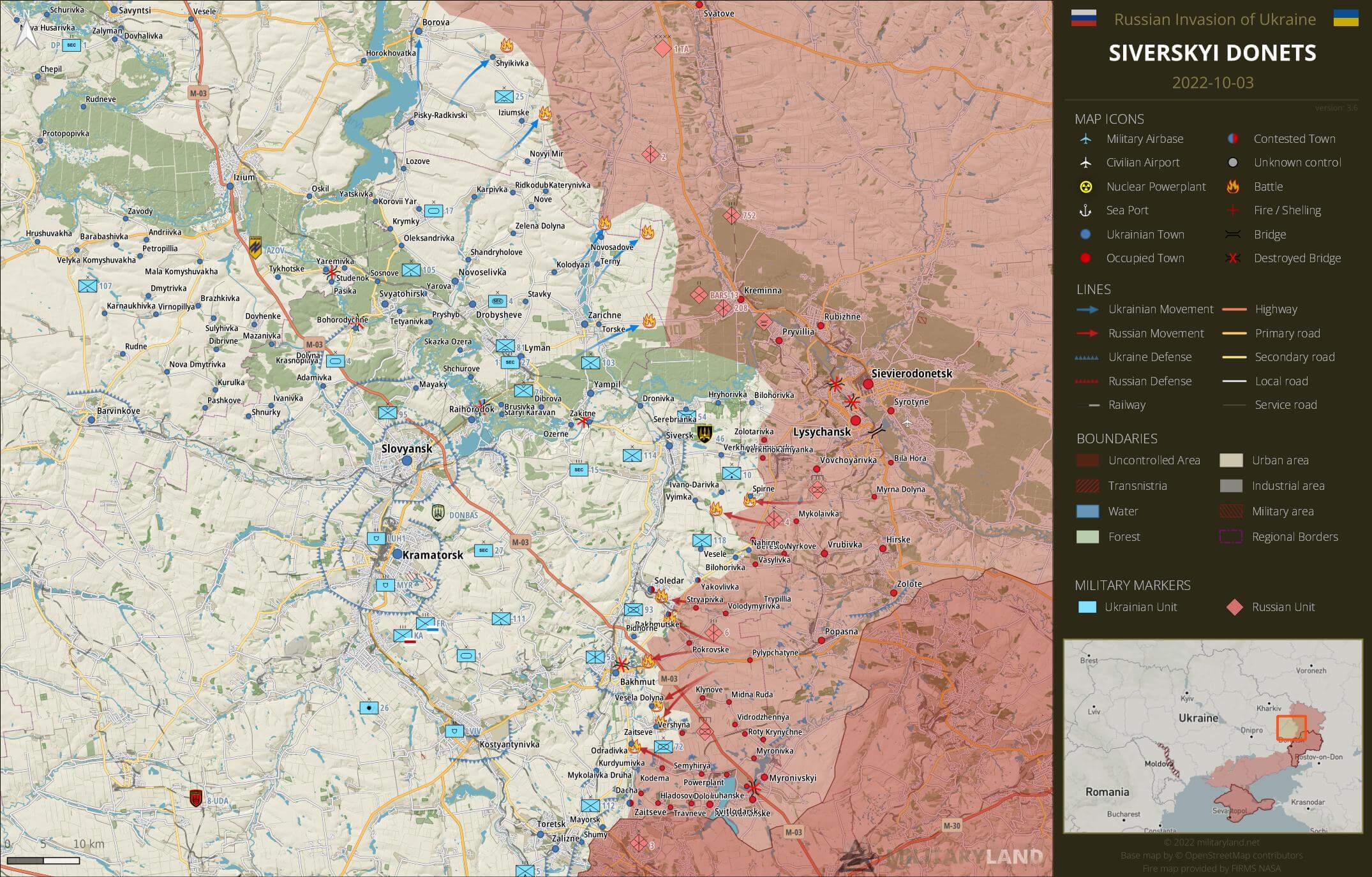 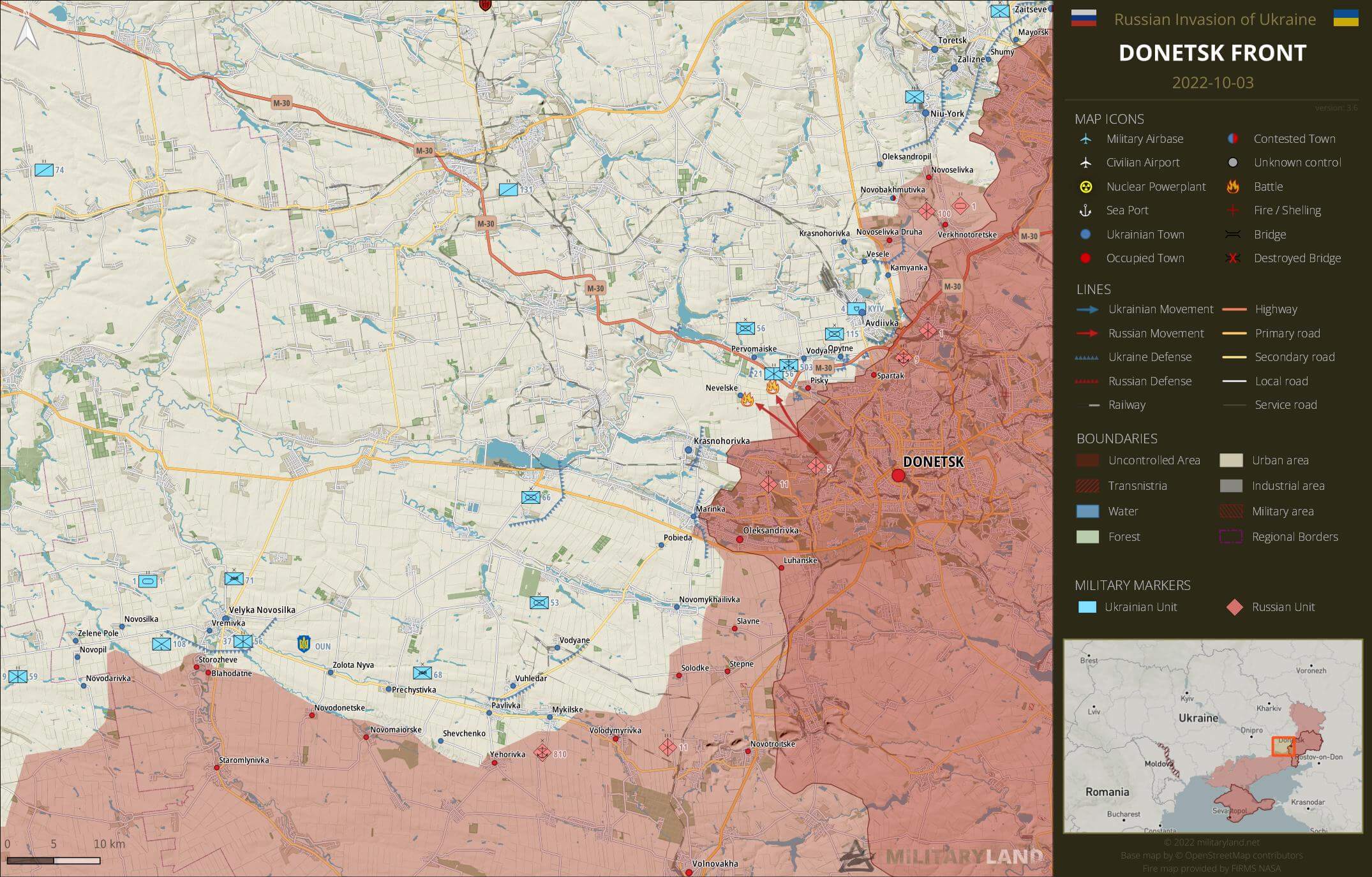 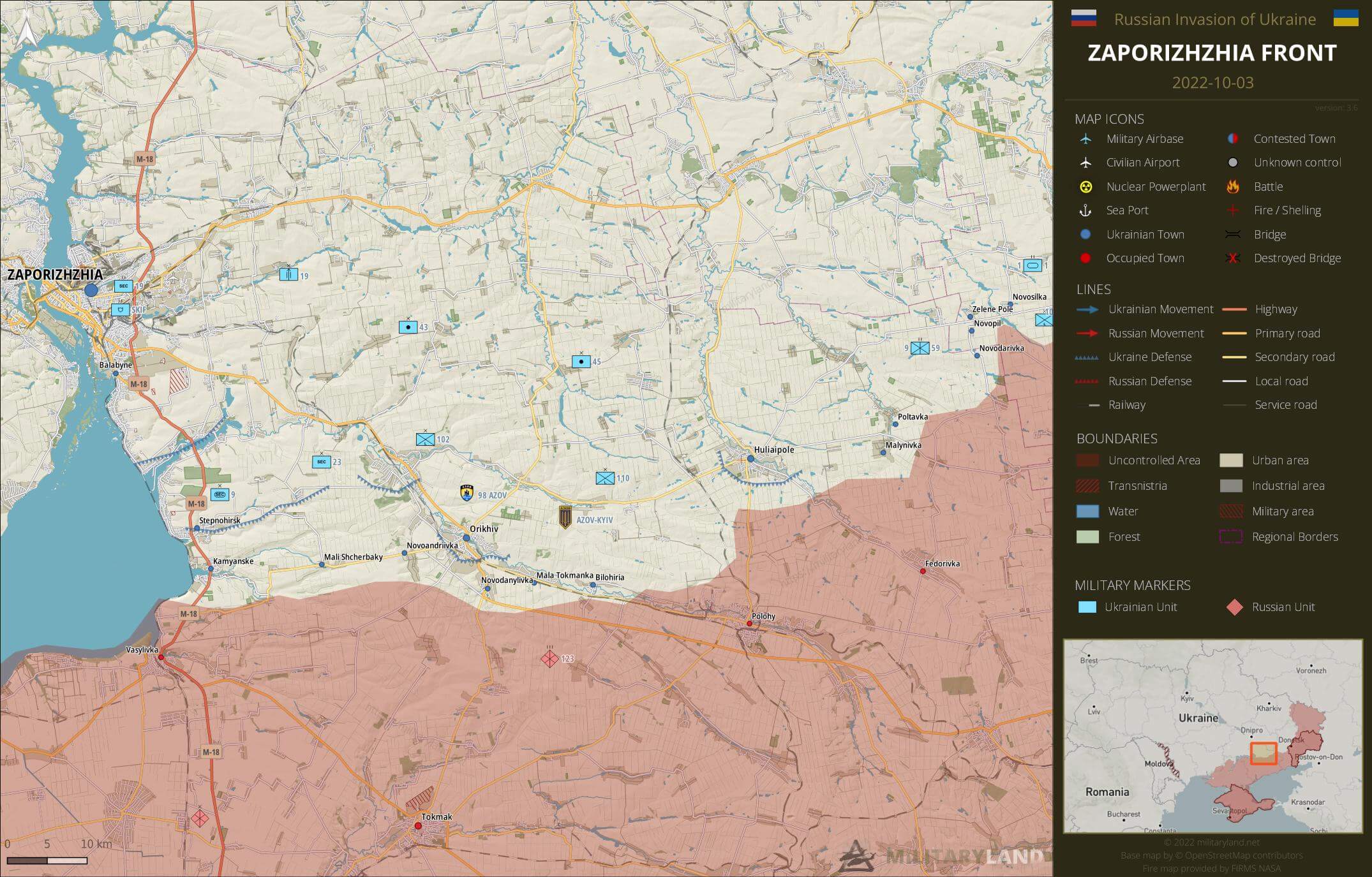 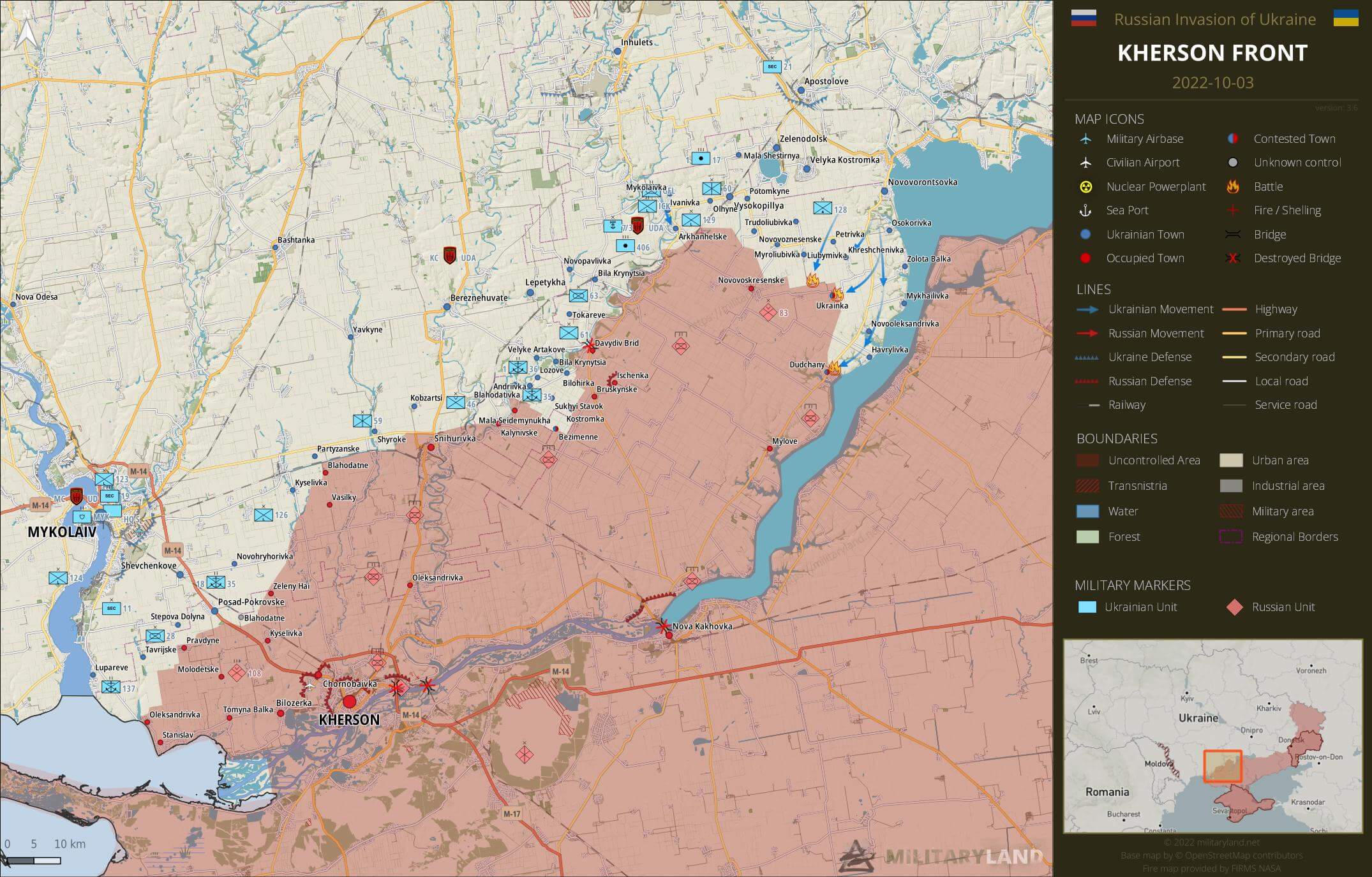 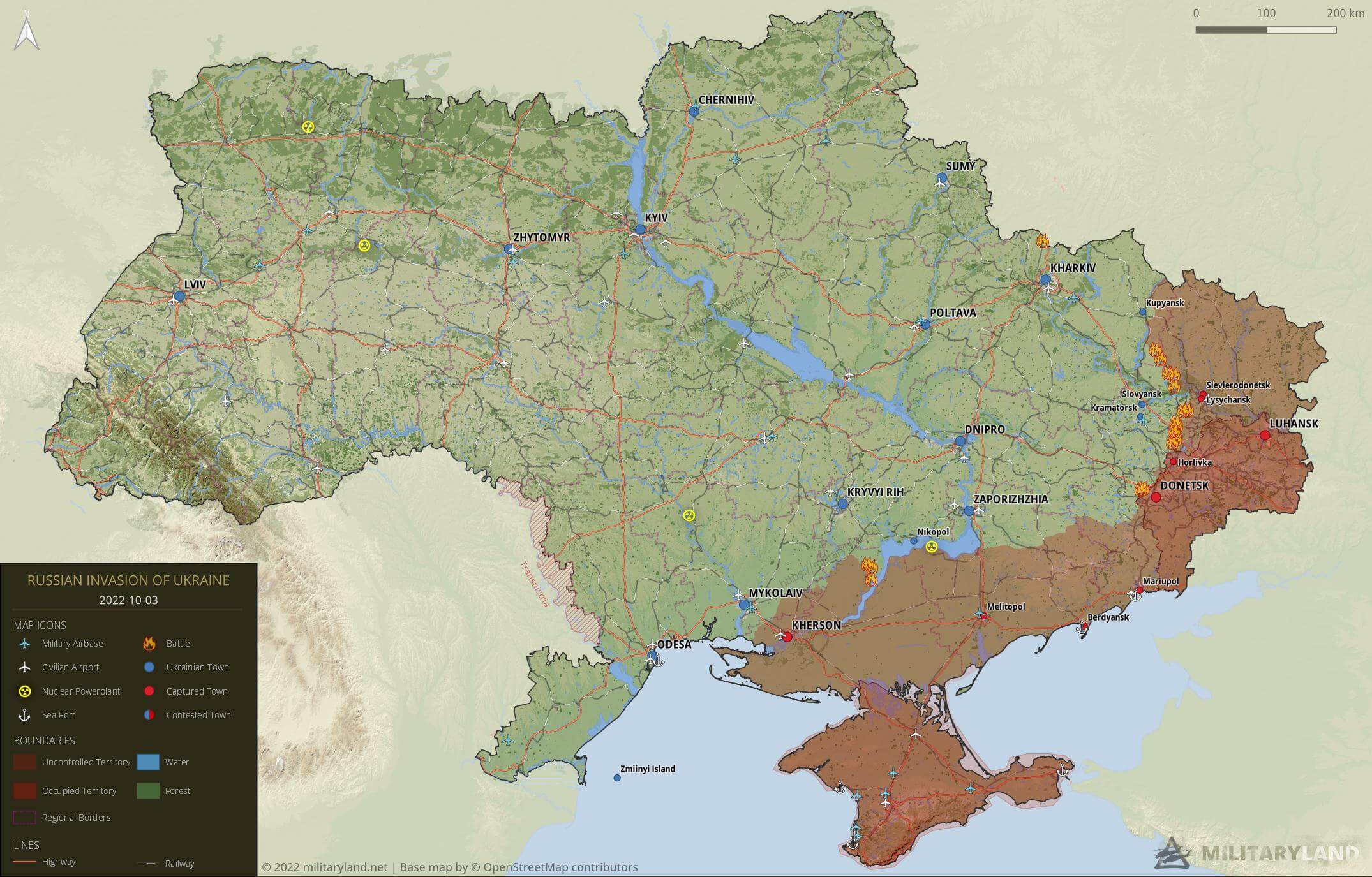 When thoroughly defeated, RUSSIA MUST PAY the full cost of repairs to Ukraine, plus full compensation to everyone displaced, injured or killed. CRIME MUST NEVER PAY.

If you agree, then help by spreading this simple message everywhere.

Many thanks for the huge work. It is, first and foremost, an horrible conflict. But it is also a fascinating sight – a global superpower committing suicide. Something you get to see only once in your life.

I suspect the Luhansk defensive line will be weaker than the current rout going on in Kherson.
Putin keeps deemphasizing Luhansk in favor of the sour and the large wooded areas are so nice, compared to the relative meat grinder of the south (at least it’s much worse for the Russians).

Too many names today on WM, so I’m just following Ukraine Live Map: we’re seeing a massive withdrawal of Russ

A massive withdrawal of Russians from southern Dudchany and Ukraine swooping in and liberating the villages, all the way down to the bridge outside Mylove and many areas west of it. Davidiy Brid is officially down, so we may start seeing advances as their defenses are weakening, but if things work out hopefully the main thrust will continue to be along the Dnieper until we hit Beryslav.

The massive withdrawal is mainly the areas northwest of Dudchany, most of the line is just gone, down to Borozenske airfield and Bruskunsky south of Davydiv Brid.

Borozenske is still held by Ruscist/Ruscom according to Ukraine Live Map, but they have abandoned the airfield immediately NNE of it.

Normaly, Old frontline is strong . Easy to defend. If they still have troops.

Kherson environs are overdue for a collapse, but yeah, the lines are a lot older and better prepared than Luhansk, especially close to Kherson and the Inhulets.

I think if I was a Russian soldier I’d want to be in Bakhmut. Wake up, go down the road fire a couple rounds in an ineffective direction retreat quickly and send the battle report to a rear echelon officer and work on my strategy of a successful surrender.

Bakmut is more. You are wagner. You wake up , you force dnr/lnr troup to send infantery assault on fortified place.

You count the number of the lost and you command new meat for tommorow. Just like if it was shoes on amazon.

More like your job (unless high enough in rank, or a Kadyrovite or other commissar-like role) is to run towards the Ukrainians until a few guys have died on your team, you’re acting as flak pigeons for the Ukrainians to gather information for increasingly inaccurate Ruscist/Ruscom artillery.

If you’re lucky your unit uses some tactics.

We’re lucky we get to kill them so efficiently.

Anyway, Russian sources are worried about potential pressure on Kreminna from the north in the near future, and Makiivka has fallen and Ukrainian forces are pressuring Krasnorichenske.
The P66 will likely be broken tomorrow, if it isn’t already, parts of it is certainly under fire control.

It’ll be interesting to see how solid the Troitske-Svatove-Kreminna lines are.

War monitor is such unreliable source, he post all stuff without proof.

Yes and not the first time that
russian source in panic announce ukrain troop deep in russian control area.

Hint: it is in the name. His point is to be fast not necessarily thoroughly studied and evidenced.

He’s about 90% accurate, the speed and quantity (like 20 posts on changes usually) does involve getting things wrong a couple of times a day.

So far it seems like Ukraine is emphasizing on broadening and securing the Dnieper salient and flanking westwards, but that should be useful, when Novokresenske falls they can just go around the Dudchany riverlet and take Mylove.

Importantly, the Luhansk region is clearly being deemphasized and sacrificed by Putin in favor of protecting Zaphorizhia and Kherson oblast. He will regret that soon

Enemy retreating from Dudchany and blew the bridge. Hopefully we see a rapid move to town B.
It was also Novo Oleksandrivka of Kherson, not Luhansk, that fell, but with how fast things are moving now, perhaps not for long.

Tomorrow we will see increasing contact with the Svatove-Kreminna defensive line, and hopefully the UA has momentum to go south of Dudchany

Winter is coming for russia in autumn this year. I am smelling a total collaps of russian forces.
Do not panic, befor you are being flanked…

Thanks, I understand, it´s late for you and so you used September instead of October in the 4th bullet of the Kherson front :-).

I cannot get used to the fact it’s already October.
Fixed, sorry.