Ukrainian Army liberated the key town of Lyman in the northern part of Donetsk Oblast and the nearby settlements. Russian forces, unable to gather enough reserves to support the garrison, decided to retreat towards Luhansk Oblast. Ukrainian forces will now likely try to advance towards Kreminna and Svatove.

Despite the problems in the north, Russian forces remain primarily focused on Bakhmut and its surroundings, where they are unable to advance and capture new positions. 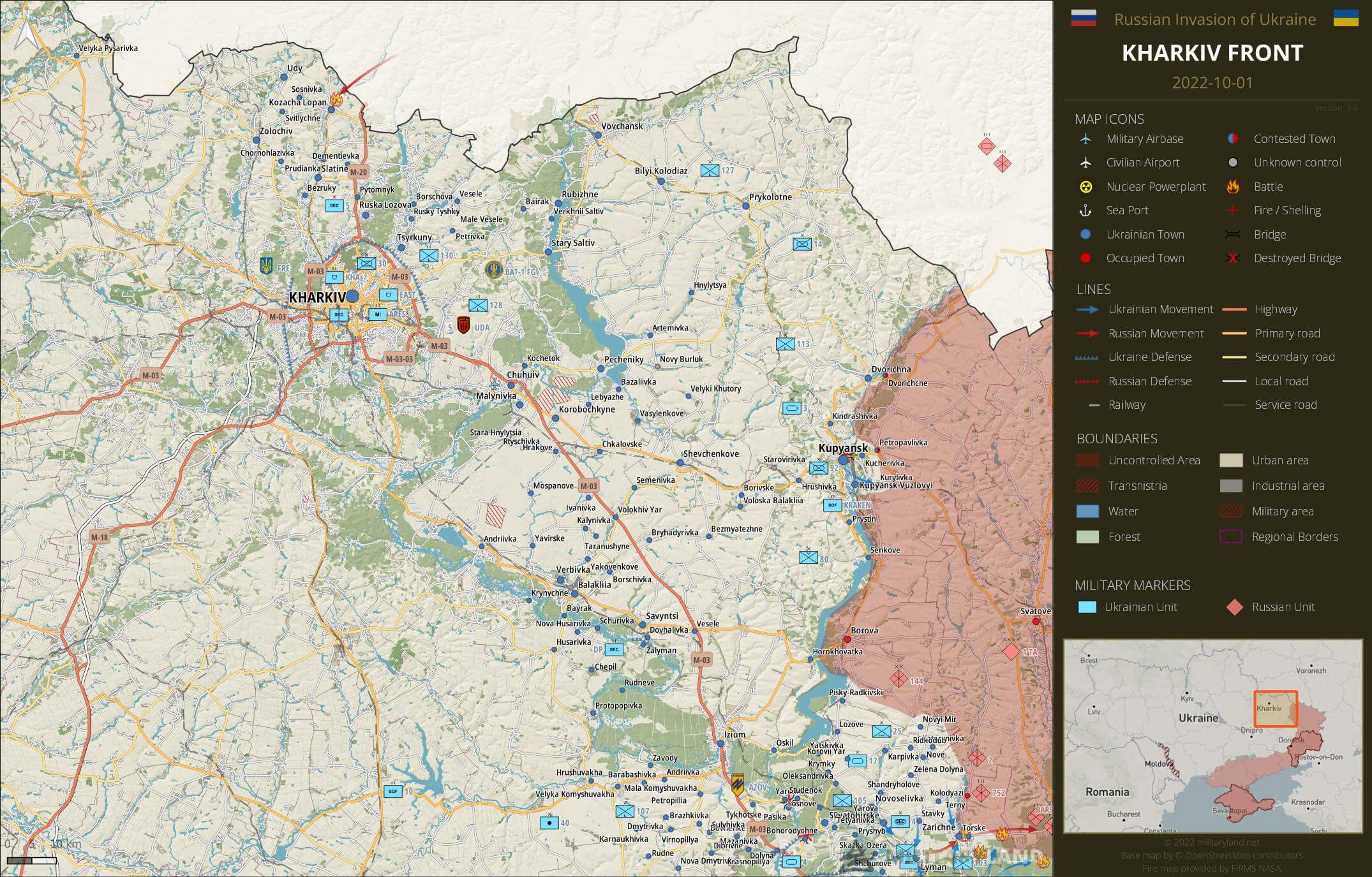 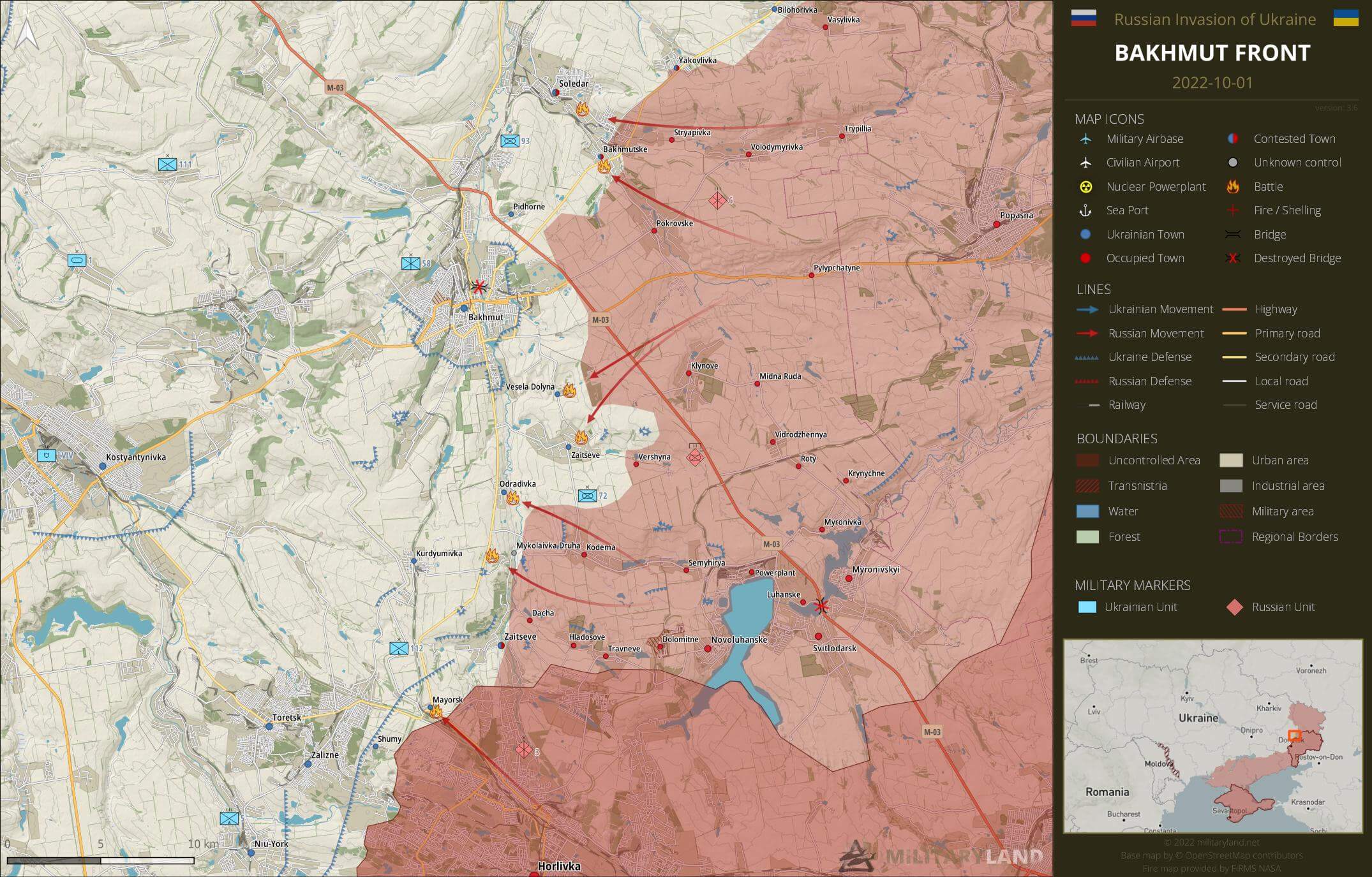 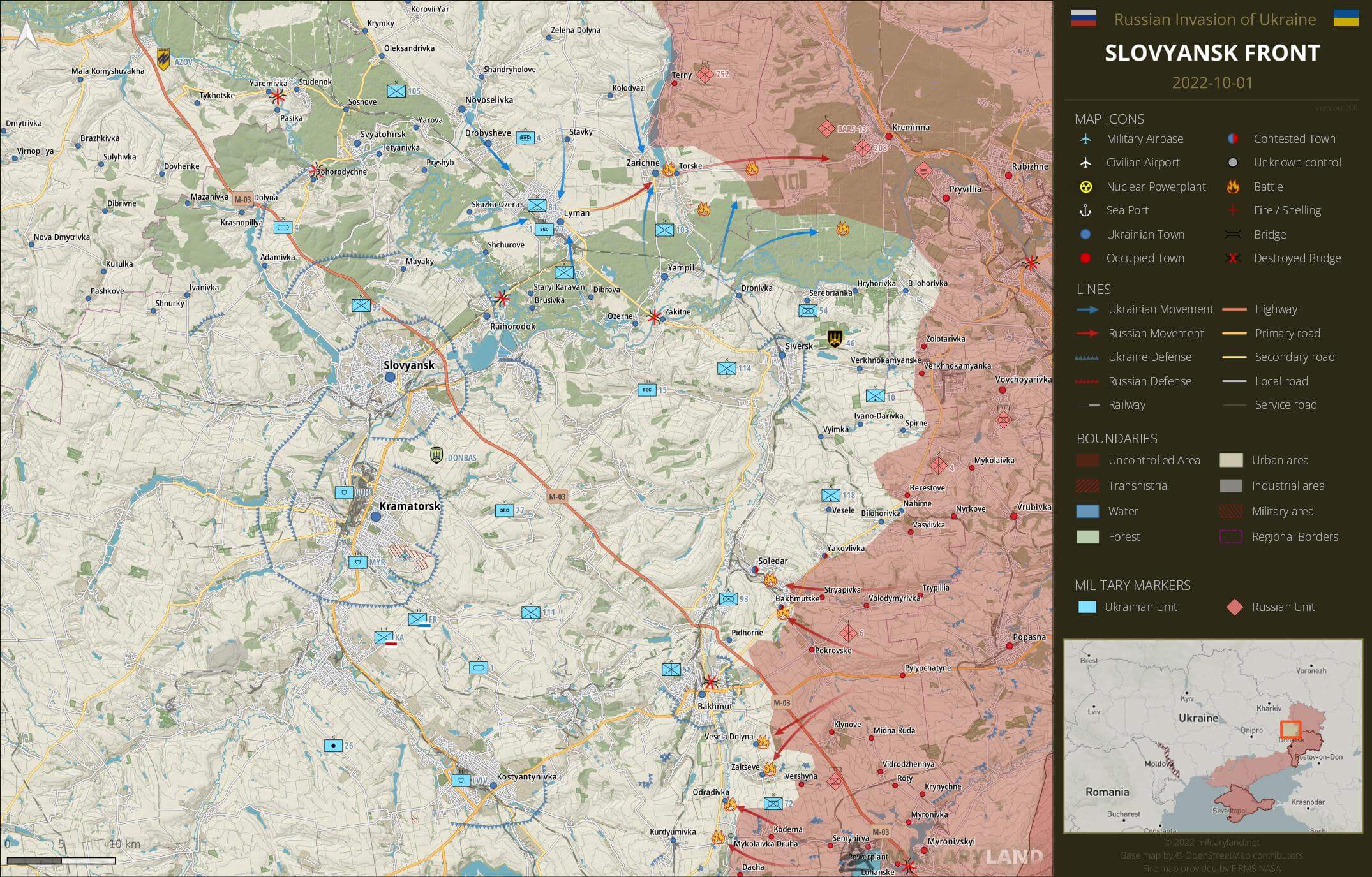 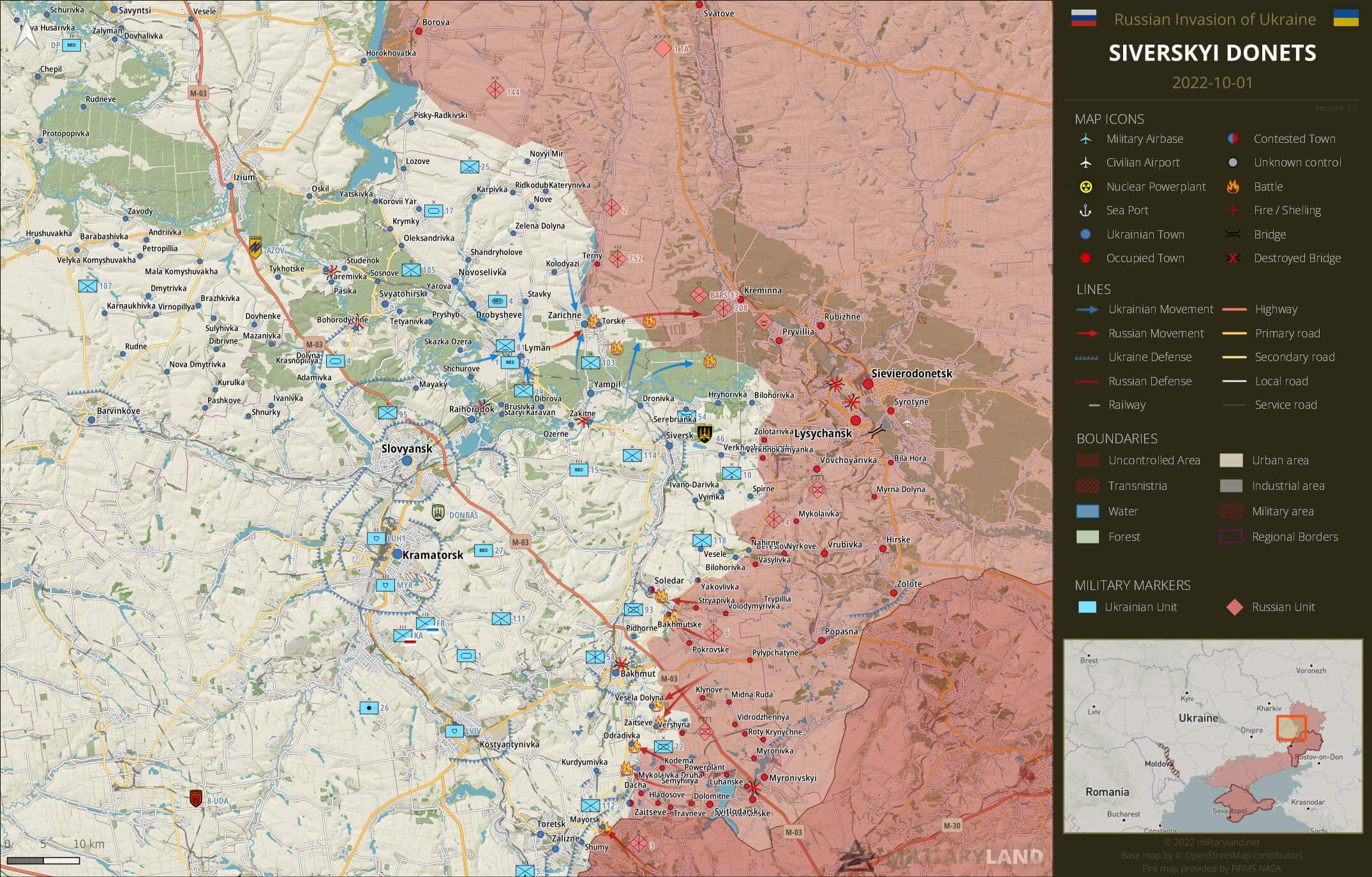 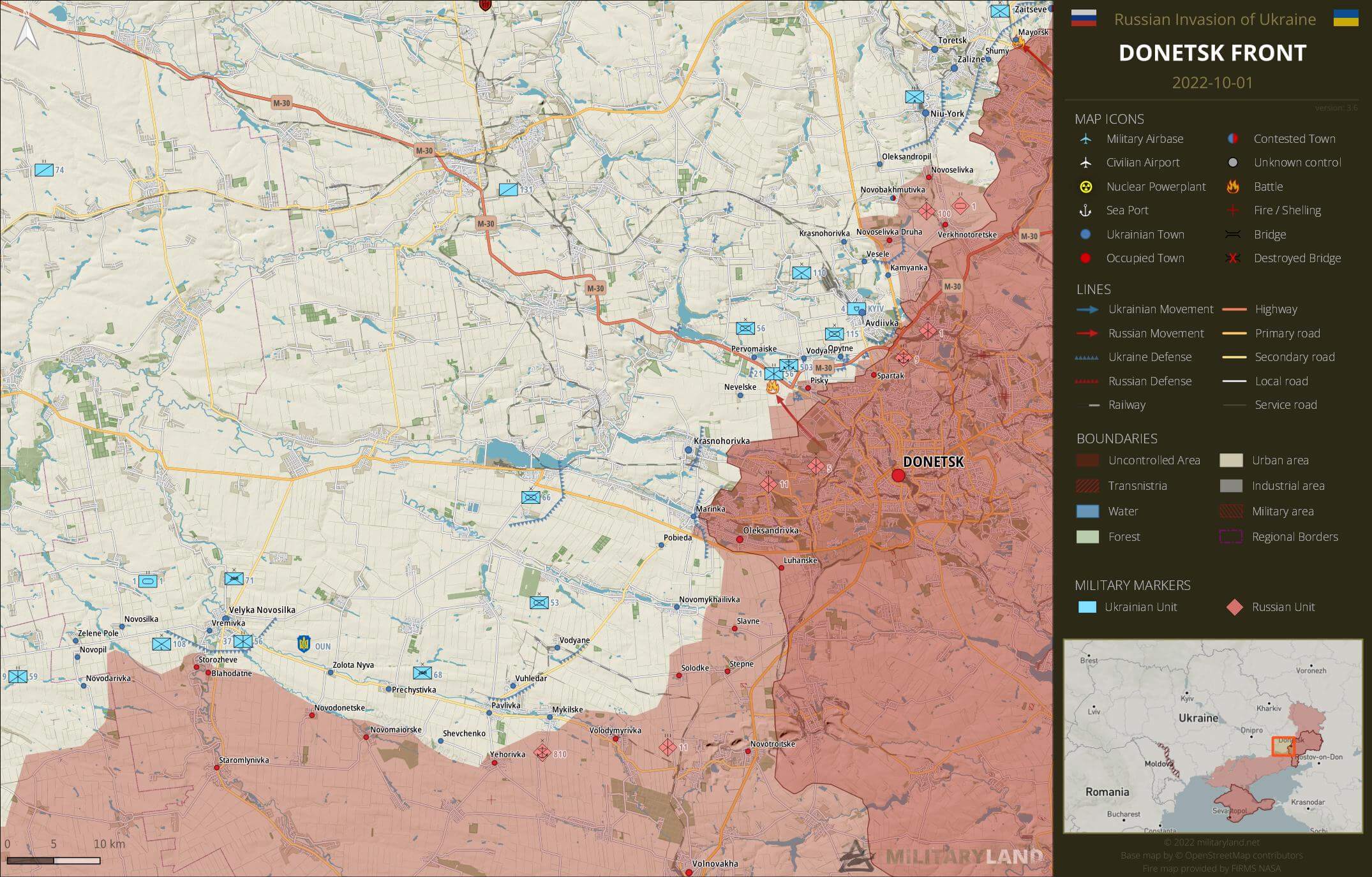 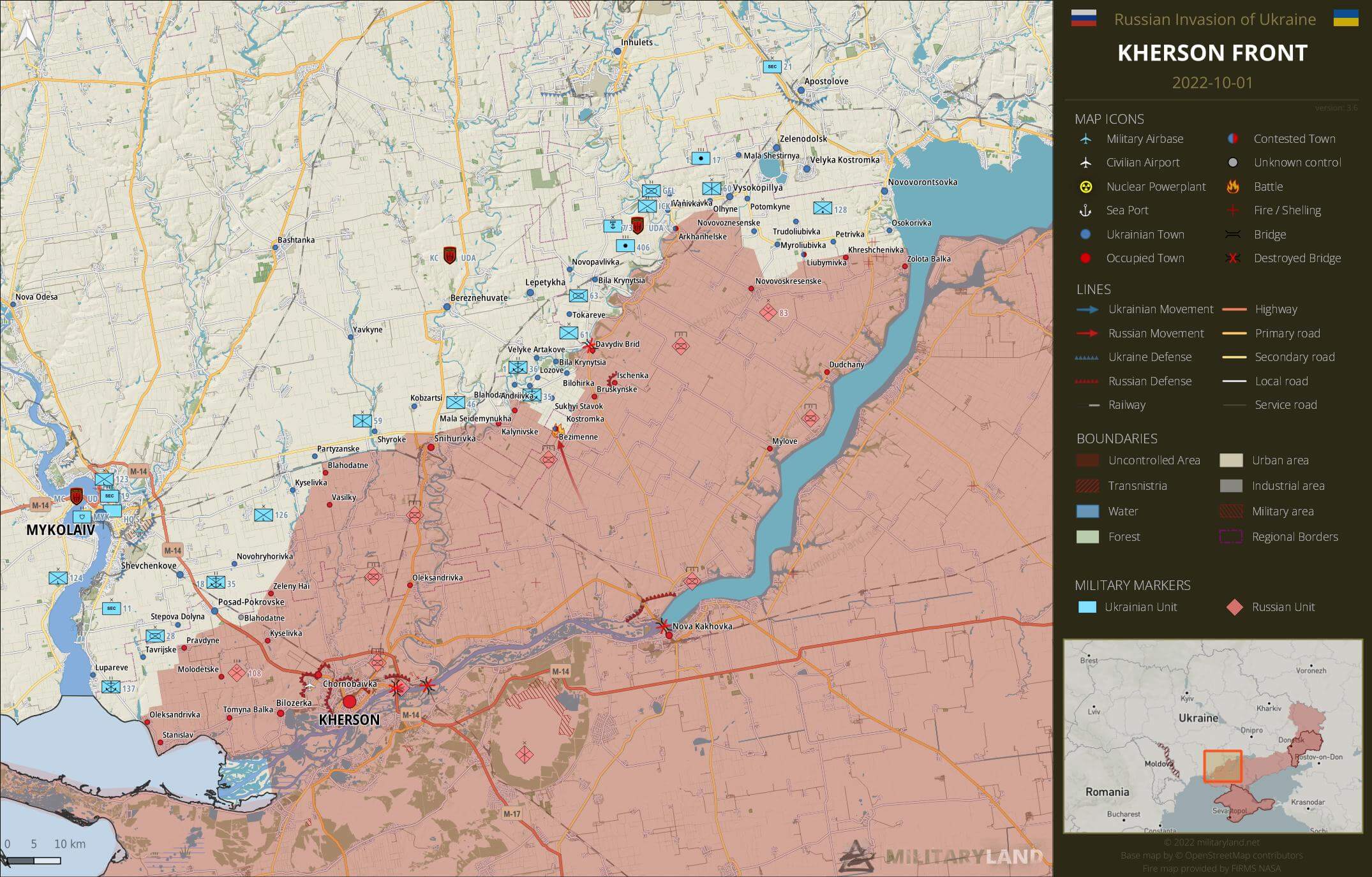 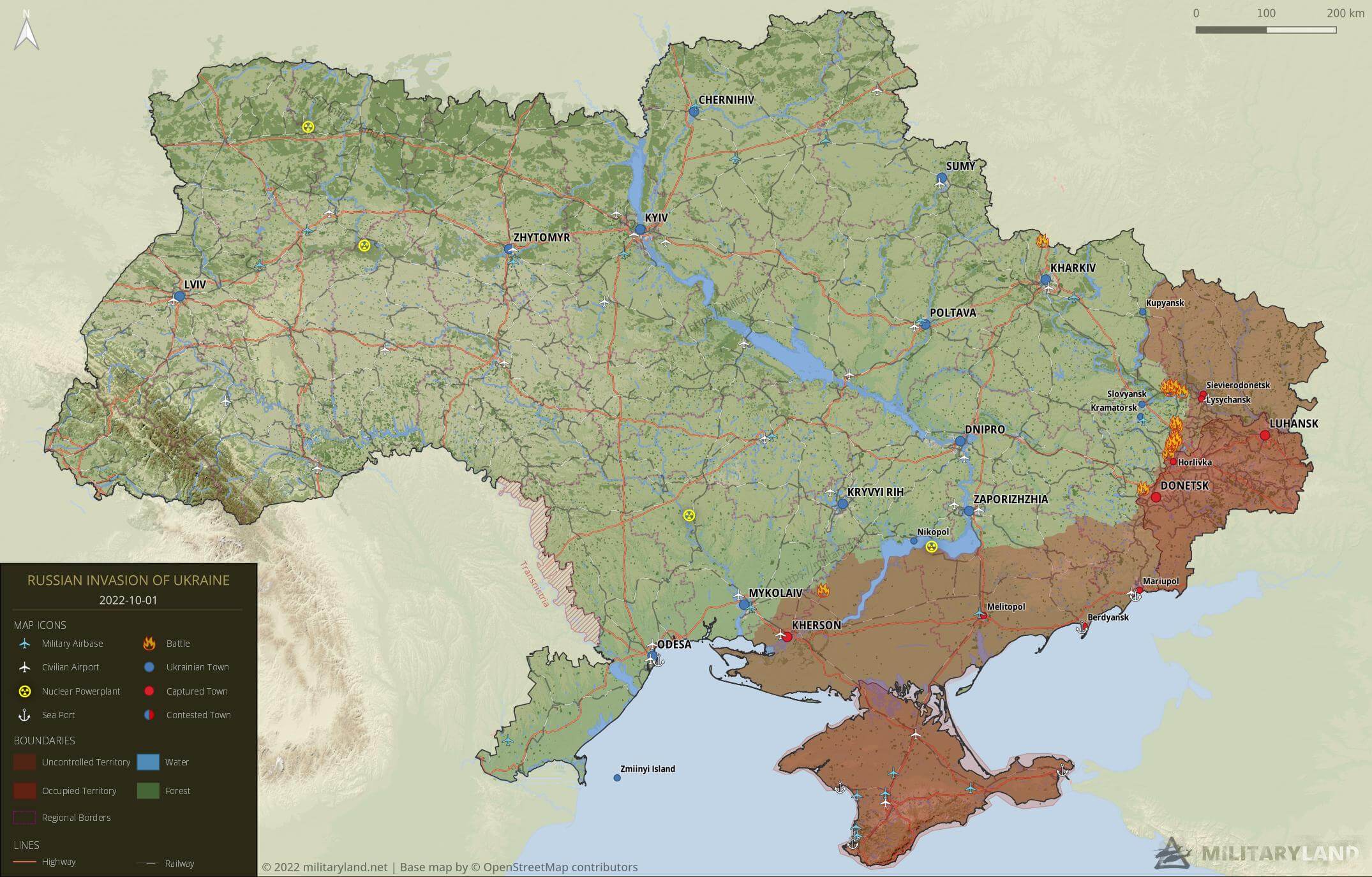 Dudchany down, Ukraine moving south to Mylove
No reinforcements atm, best case scenario may see UAF at the doors of the third line of defense, town B next to NK.

Russian sources were worried about the above worstbest case scenario yesterday night which now appears to be at least partially materializing.

Fighting north and northwest of Dudchany, and between Kreminna and Svatove, we’ve managed to breach the line at Novoaleksandrivka.

Last month there was a panic when Svatove and even Starobilsk were temporarily abandoned by the Russian army but not LPR units, and partisans raised the Ukrainian flag in some villages, alas the UAF hadn’t advanced far enough to take advantage.
Hopefully now!

If we have a second panic due to the Novoaleksandrivka and east of Kupyansk movements, we might get a mechanized breakthrough at Svatove. They’re prepped and LPR will need to get kicked out, but w/out regular Ru units, hopefully they can be collapsed.
Russian sources are worried about potential Dudchany collapse back to town B next to NK, but seems unlikely for now, it’s their second line.

But most likely Svatove and Dudchany will both hold for now. Very interesting developments between Svatove and Kreminna piercing their line, and the the forces north of Dudchany are moving westwards, so while Dudchany is likely to hold for now, the territories northwest of it are being flanked from the southeast, which in turn will threaten Dudchany.

“Bezimenne”, really? That means basically “No Name”, doesn’t it?

So how did the Russians get out of Lyman? I thought they were encircled.

Enveloped not double enveloped they still had a back door.

But zarichne (in fact all the road between lyman and kremina)was under ukrain artillery fire.

I dont want to see the video. It was a massacre.

if there was a massacre, there would’ve been a video.

there isn’t one (or at least not out yet), so they were probably completely fine escaping.

assuming from resurfacing videos, they definitely were not ‘fine’. I’d not expect many POW (e.g. soldiers simply lost – this happens almost always in such circumstances – in the woods could be tracked before they return to the Ru lines). As usual for RFAF there will be a lot of MIA (which conveniently are never reported) and late KIA (lack of medevac).

There are new reports suggesting that the withdrawal didn’t go so smoothly. The Ukrainians are now claiming that most of the Russians in Lyman were either captured or killed. The truth is somewhere on the spectrum between “completely fine escaping” and “completely massacred”, but we probably won’t know for a while.

Either way, Lyman is liberated, and that’s a big deal.

If you like bodies corpse. Search the video on pro ukr telegram. Dont eat before.

I’m new to telegram how do I watch this?

I have not the link. Sorry.

You, 5 days ago, said
>people talking how russia has low moral, but lyman shows the direct opposite, >even the british acknowledged that, i think the closer it gets to the new russian >borders the harder they’ll fight
>might be some tough months ahead

ukraine lied about their achievements. considering that they had to push all the reserves and reroute troops to complete the zerg rush its understandable that they did or no one would want to fight. Lets see how long this realistic comment stays up. the owner of this place does censor.
Either way ukraine tels its ppl and the world that they are doing well. they lose about 1-5k men a day

Ukraine lied about their achievements? I thought Russia claimed a three-day operation, the encirclement of Kyiv, complete destruction of Ukrainian Air Force and the list can continue.

… they had to push all the reserves and reroute troops

Yet, Ukrainian Army and National Guard is conducting a military exercise in the north at this moment.

You are crying like some rashist troll. Get lost with that BS. 5k men/day casualities? You are making a fool of yourself.

Listen ‘bobbo’, your life is based on lies. Lies that destroy a lot of lifes. It is never to late. Get over it. A part of me feels bad for you.

Such a shame to because this area has the most fertile ground for crops on the planet. Now the entire land is filled with artillery and mines. Oh well.

nature will recover, as it always does and mines can be found and disarmed, won’t be easy, but also not impossible.

Send thanks to Russia.

This region is going to be a wasteland because both sides won’t give in. Like Northern France after World War I.

Lol I was going to correct him yesterday and decided to look it up apparently the first mention of it was in 1800s as New York was changed to Niu York for most of its history and just recently was changed back to New York .