Ukrainian Army remains focused on the liberation of northern part of Donetsk Oblast and continues to advance. The situation for Russian forces defending Lyman remains critical, and they will be likely soon cut off. According to rumors, Russian command has decided to deploy fresh recruits of 1st Tank Army to stop the Ukrainian offensive.

The enemy stubbornly continue to attack in the vicinity of Bakhmut with minimal or none gains, wasting resources instead relocating them to the north.

Putin will sign a decree to annex the four partially occupied regions of Ukraine tomorrow at 3pm Moscow time. Make sure to follow us on Twitter to receive the latest updates. 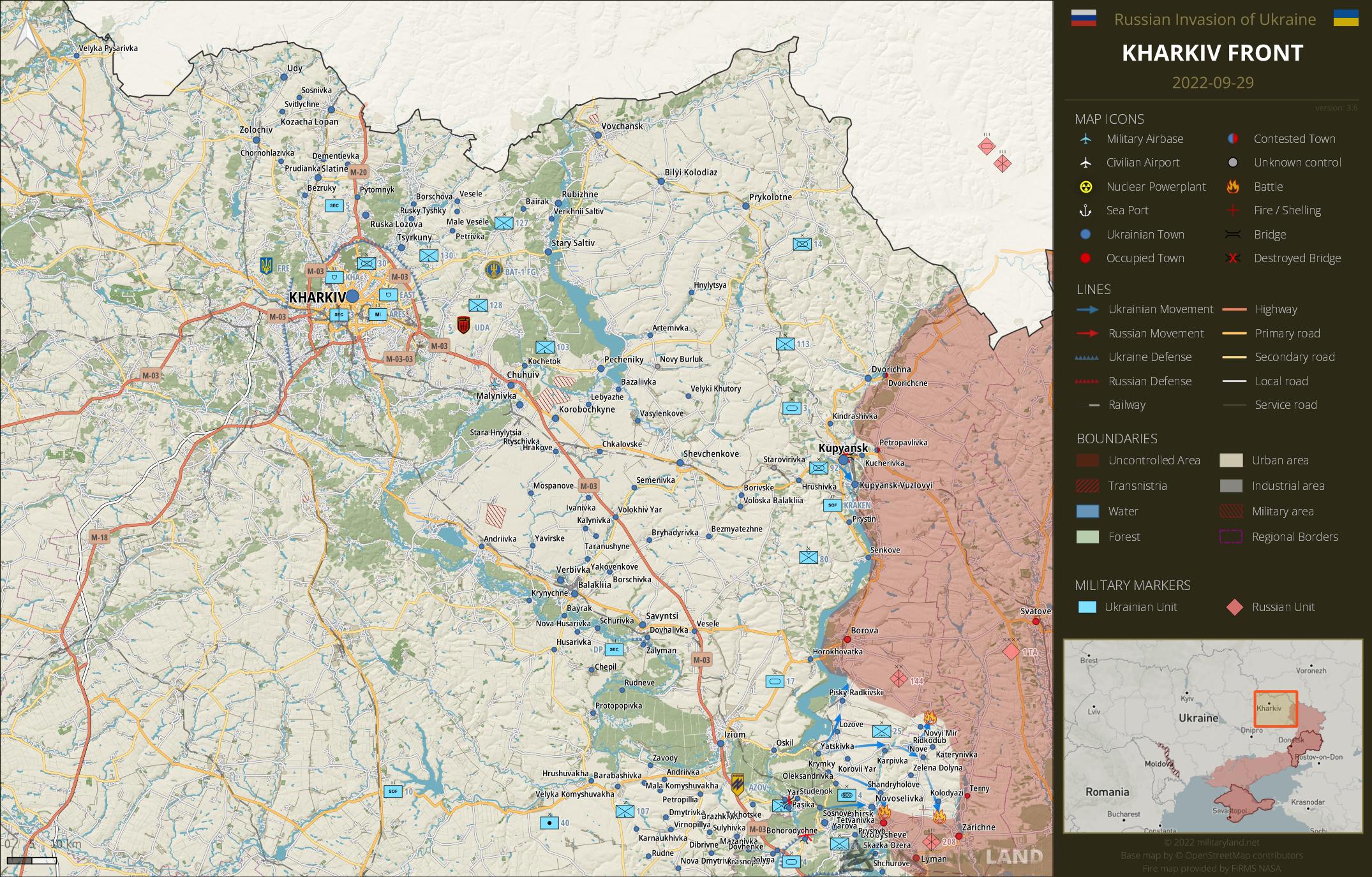 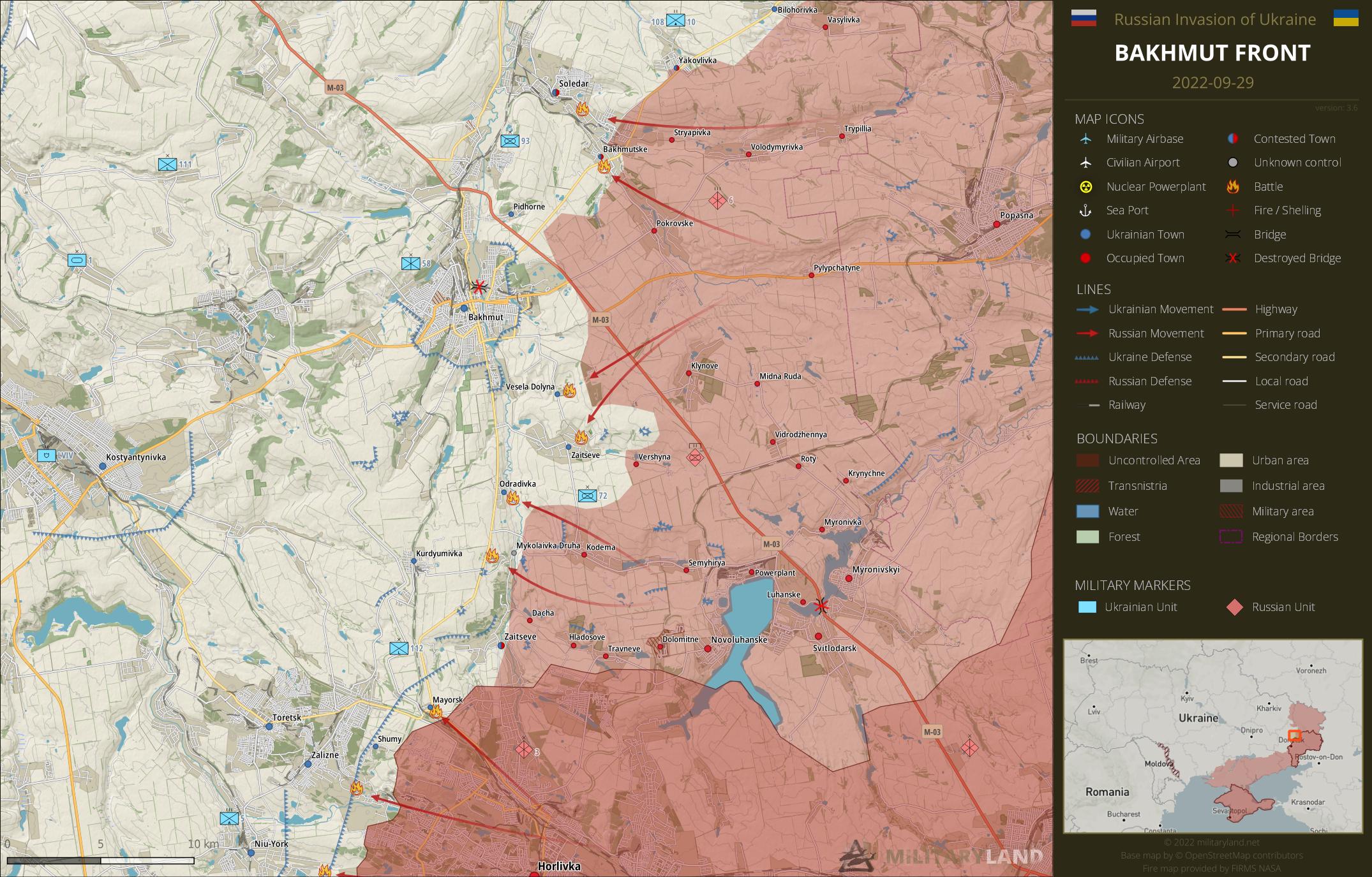 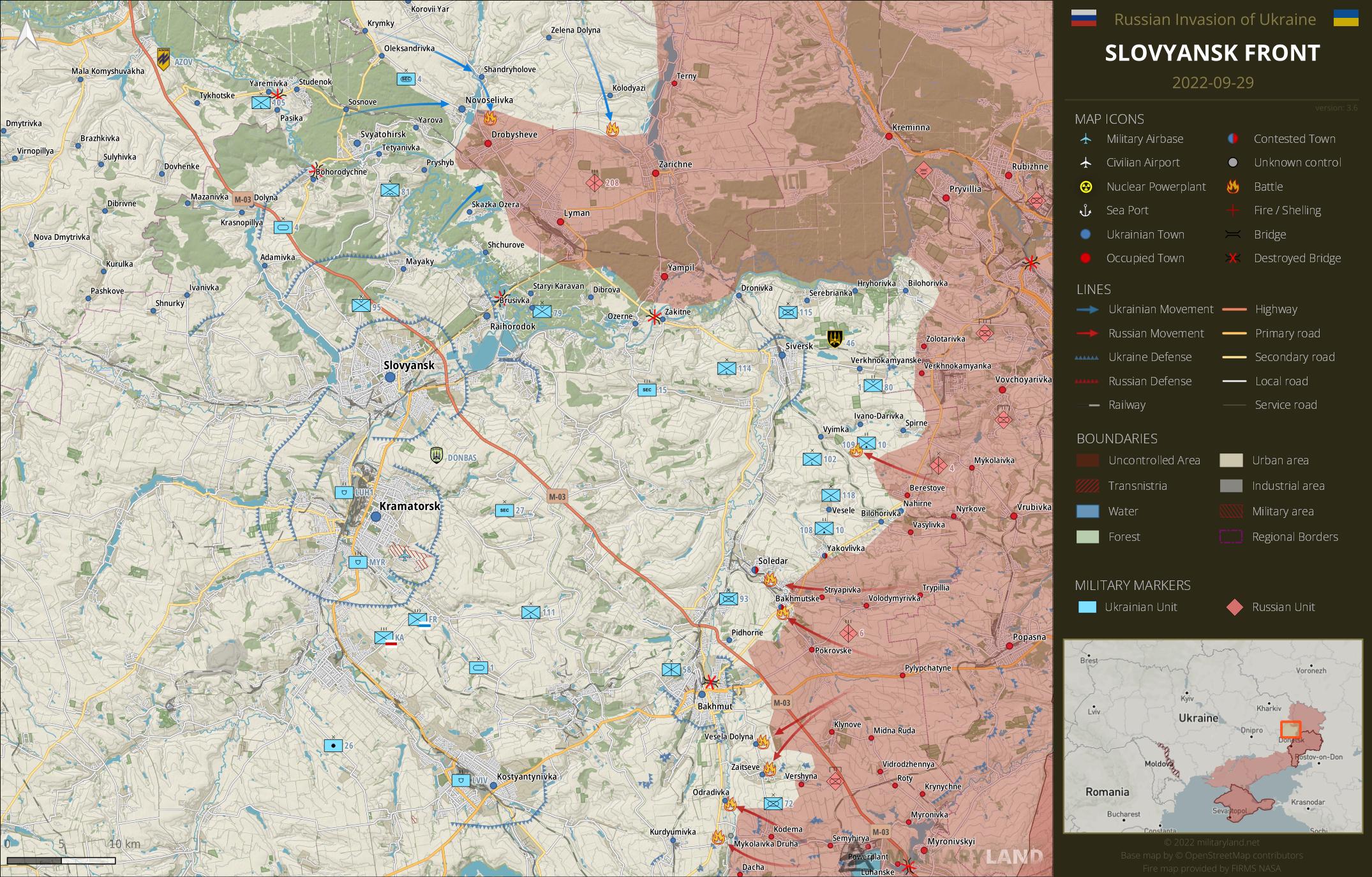 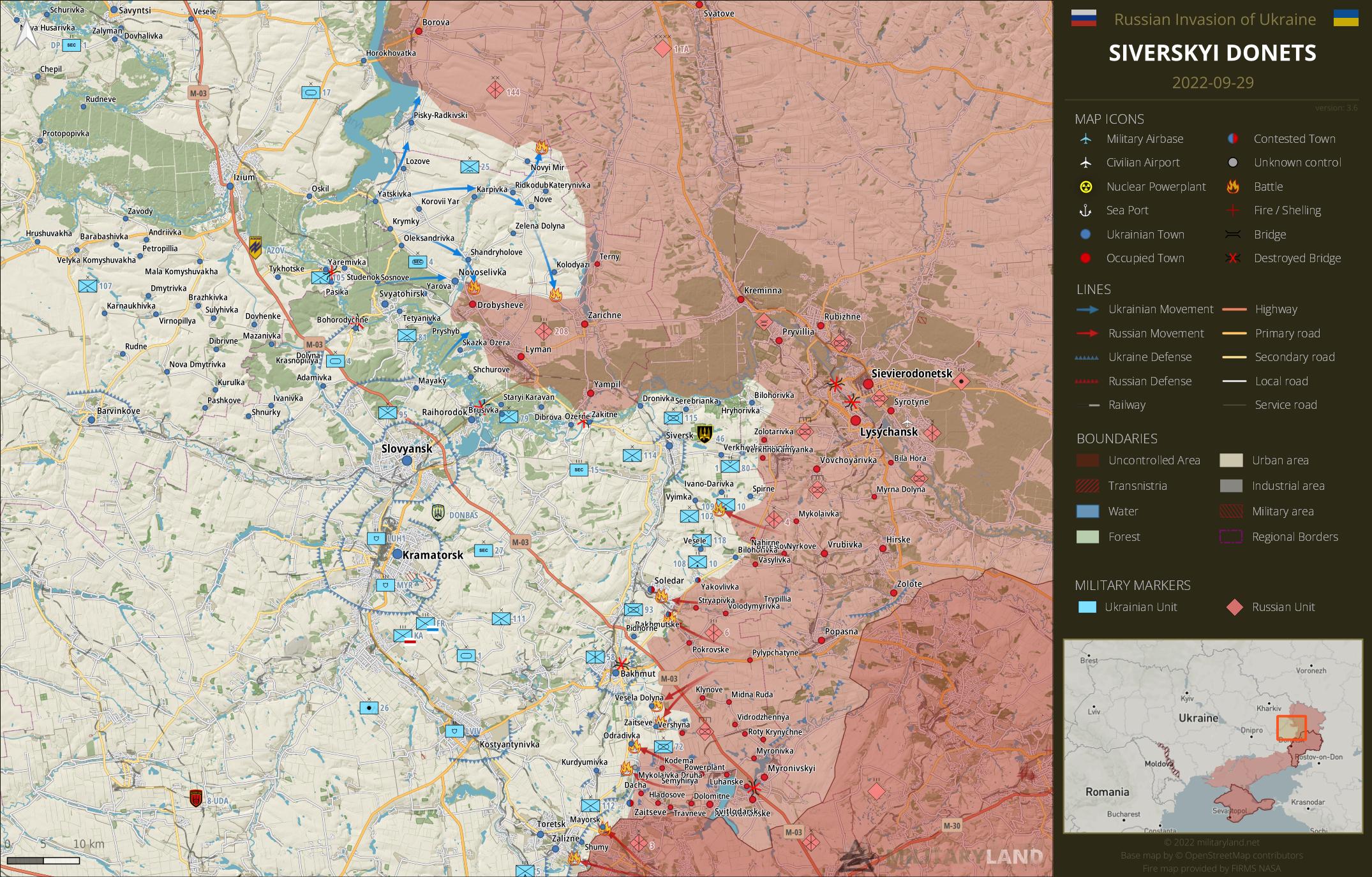 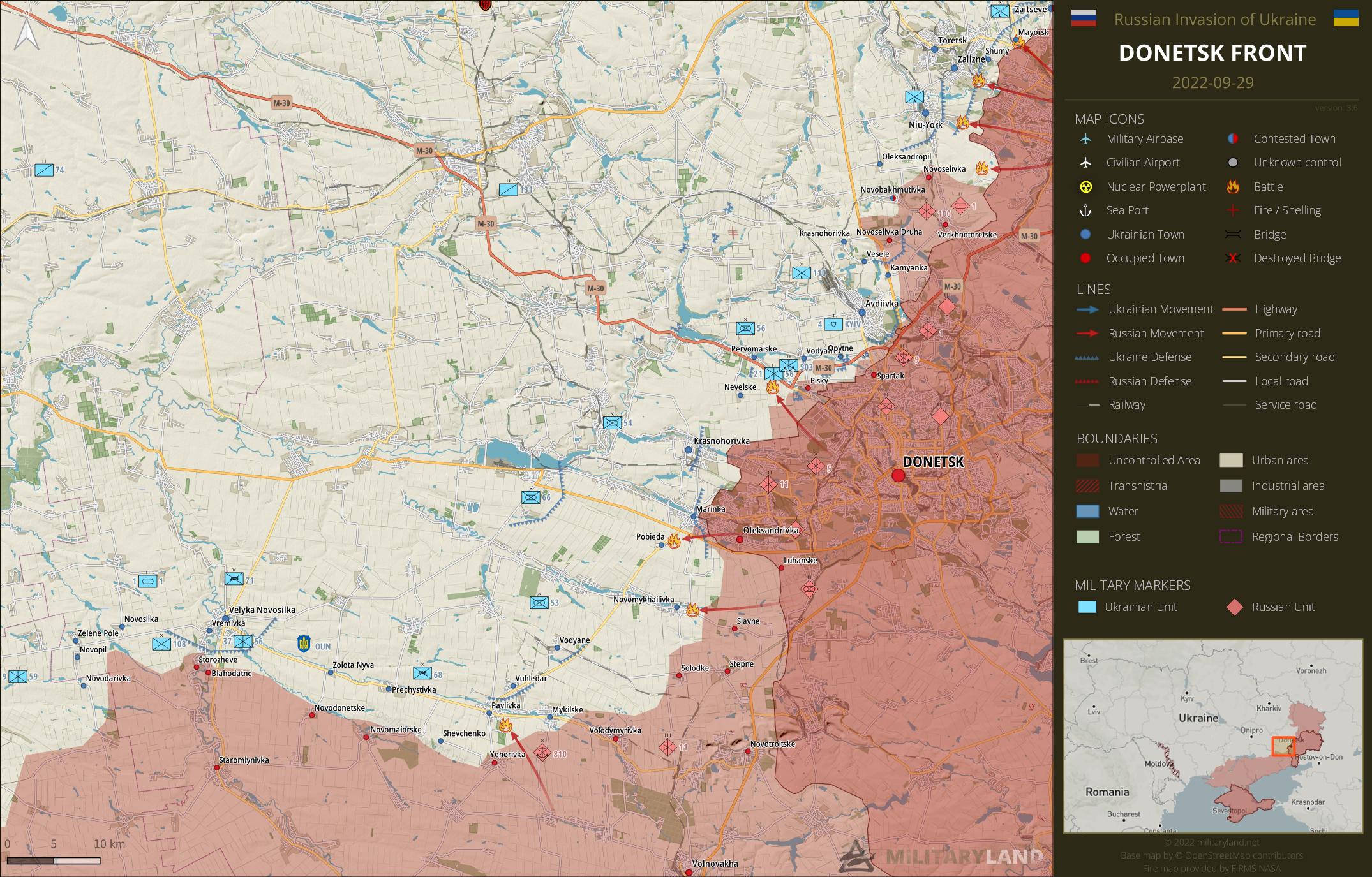 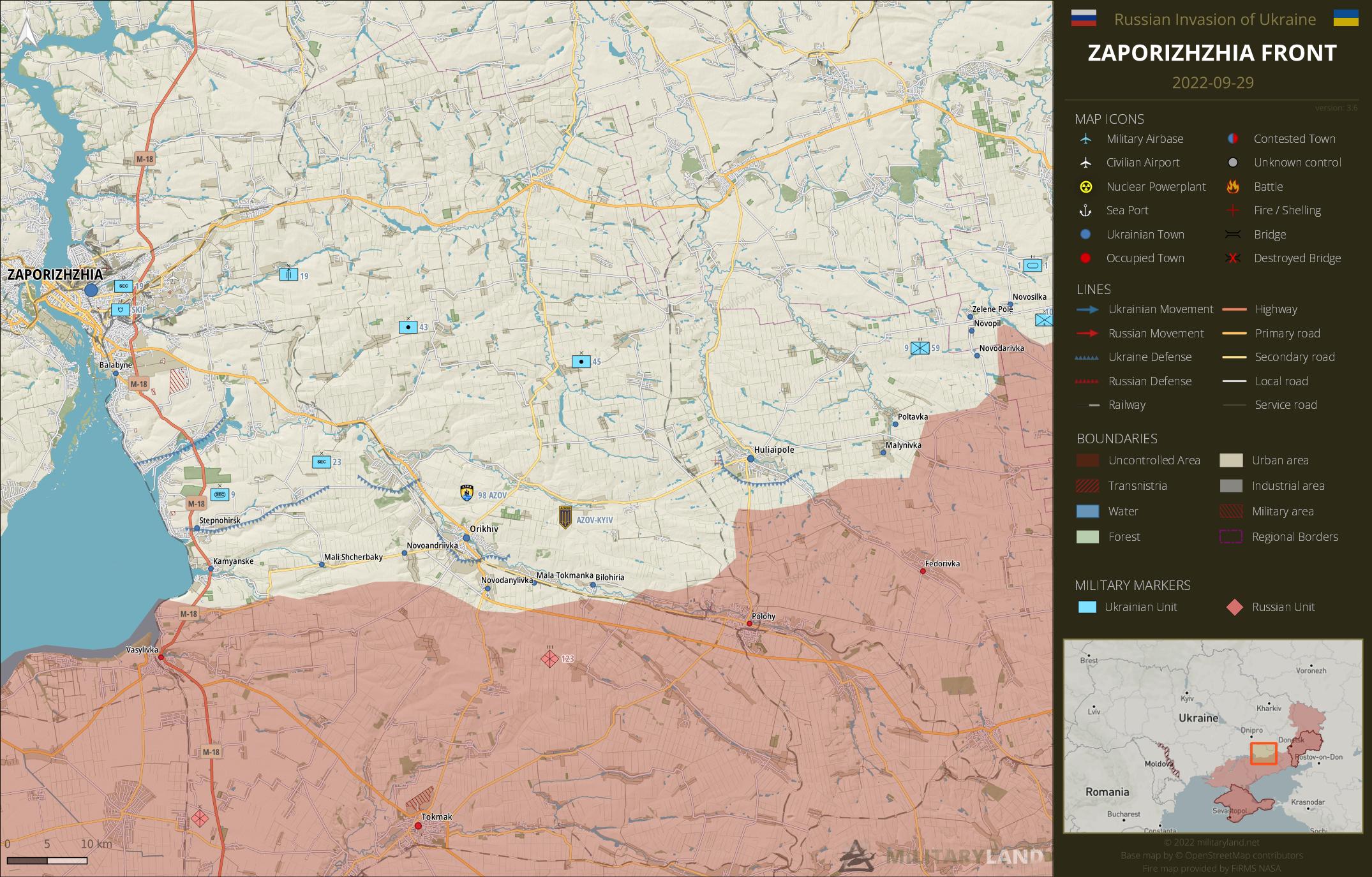 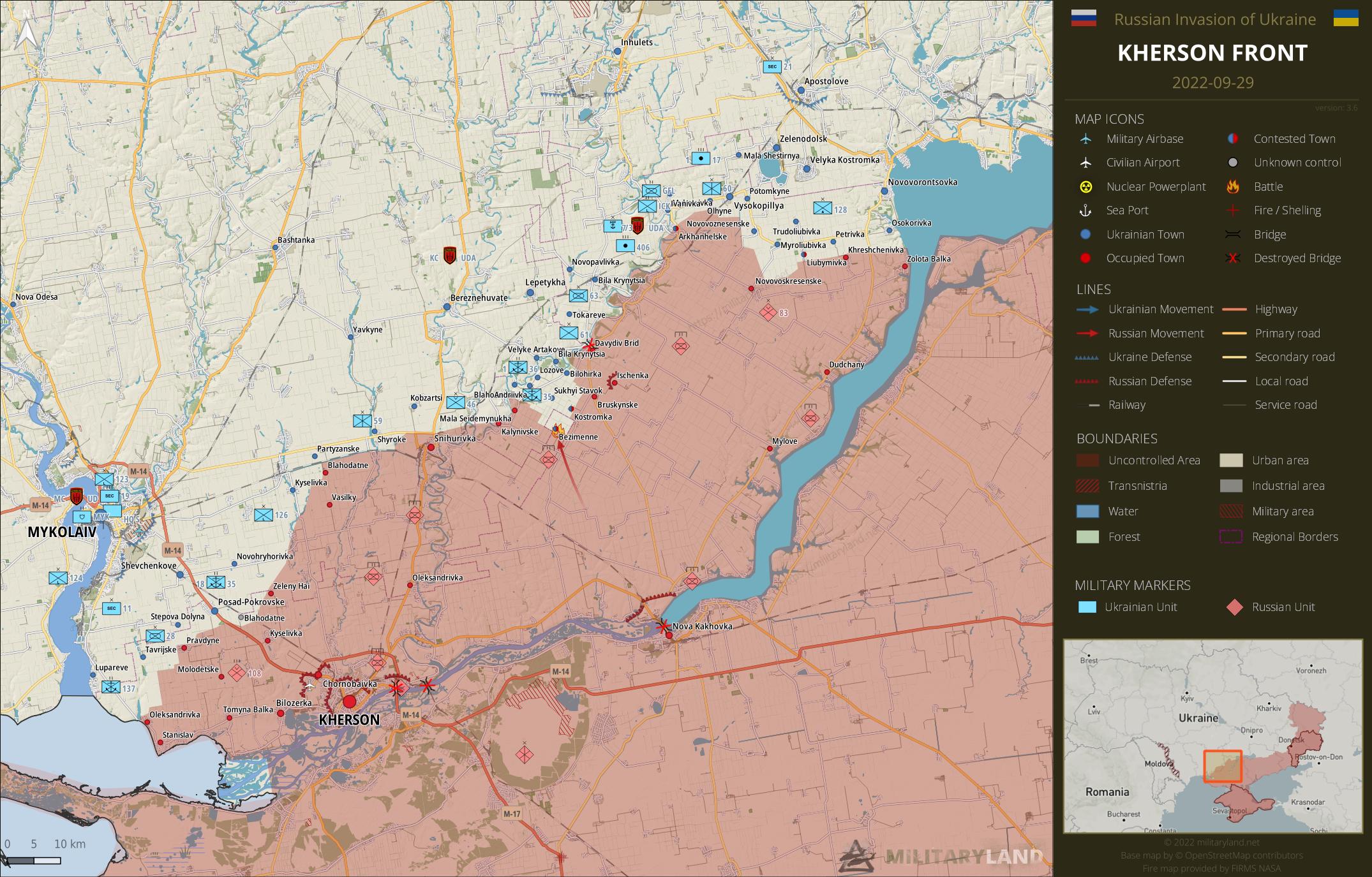 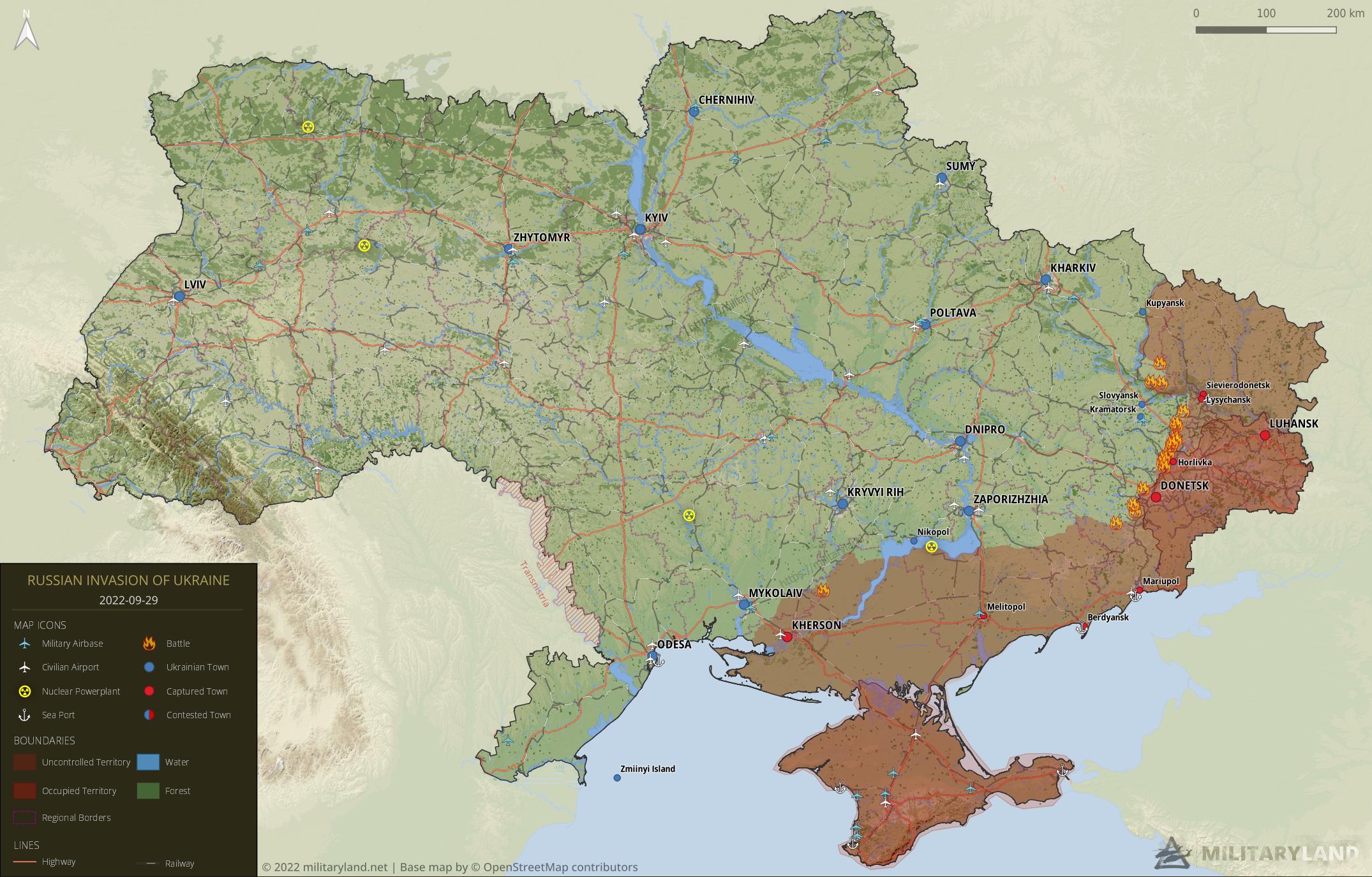 Didn’t the Russian General Staff deliberately make Lyman a fixation point to limit the Uk advance in the northern part of Luhansk Oblast? This gives them time to send fresh troops (from the mobilization) to the other fronts to consolidate them.

How many Russian soldiers were taken prisoner in the Lyman pocket ?

Nobody know. Estimations vary from hundreds to 10 000.

But they are not yet completely surrounded.

This would make a beautiful photo op to present to Putin just after he announces his annexation of UKR territory. Inspiration for all those conscripts…lol

Unless I missed something, they’re encircled, but they’re not prisoners yet.

Zarichne is still russian. Roads between lyman and kremina are under ukrain fire. But they are not encircled. Its probably a question of hours.

Around Liman:
@Rybar and others from this bubble points out presence of not only recon and sabotage Ukr forces on the N side of the river but also heavy hardware. It’s a few days in a row, though the Ukr side is silent in the matter. They repeated in consecutive posts contacts around Zarichne and on the length of the road making the forest under Ukr control.