Ukrainian forces pushing towards Luhansk Oblast and liberating one settlement after another. The situation for Russian forces defending Lyman is becoming critical.

Russian fake referendums were concluded on Tuesday, with the majority of voters in favor of joining Russia. Russia will likely announce the annexation of occupied parts of Ukraine in coming days.

We have very interesting days ahead of us. 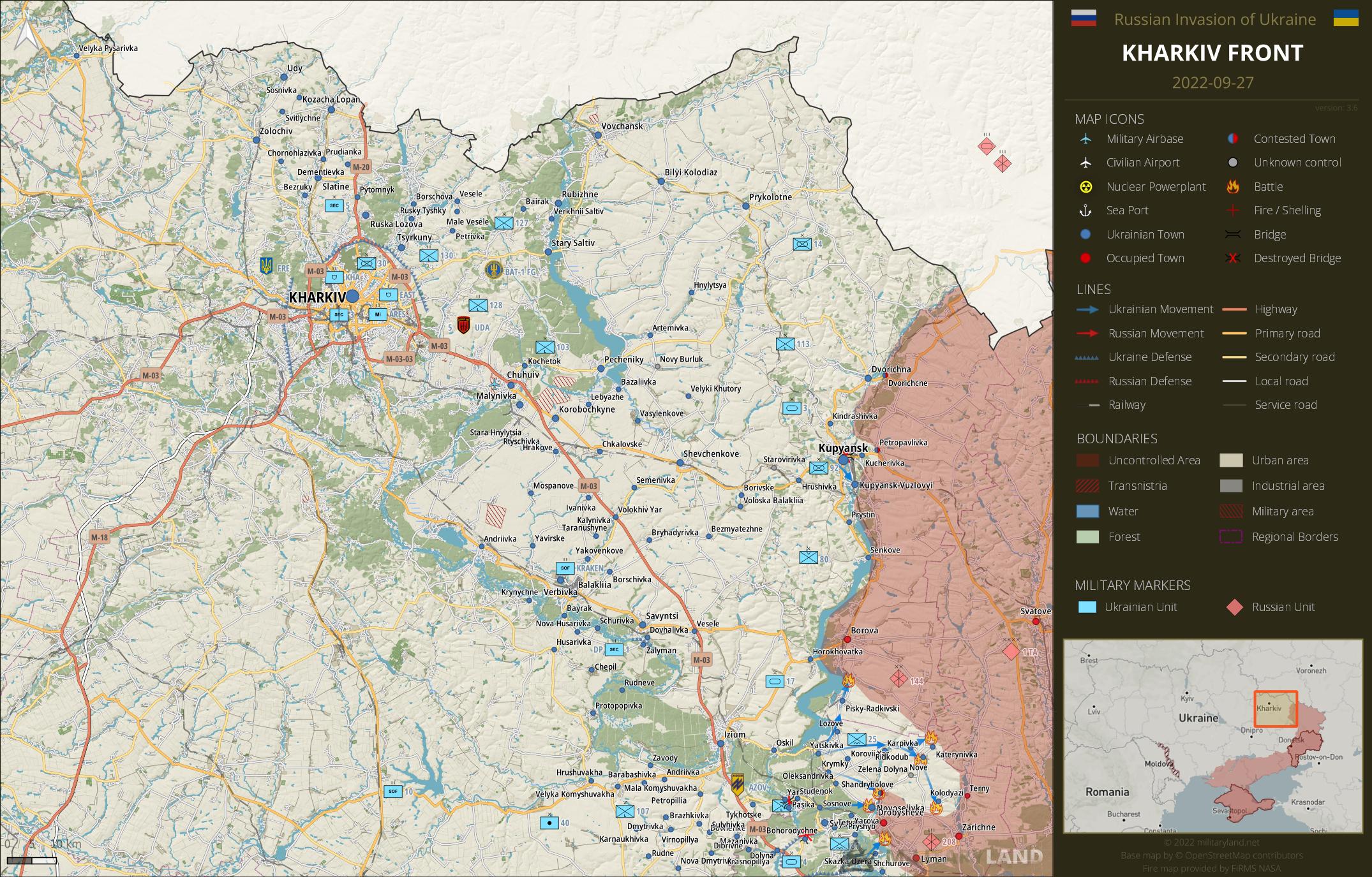 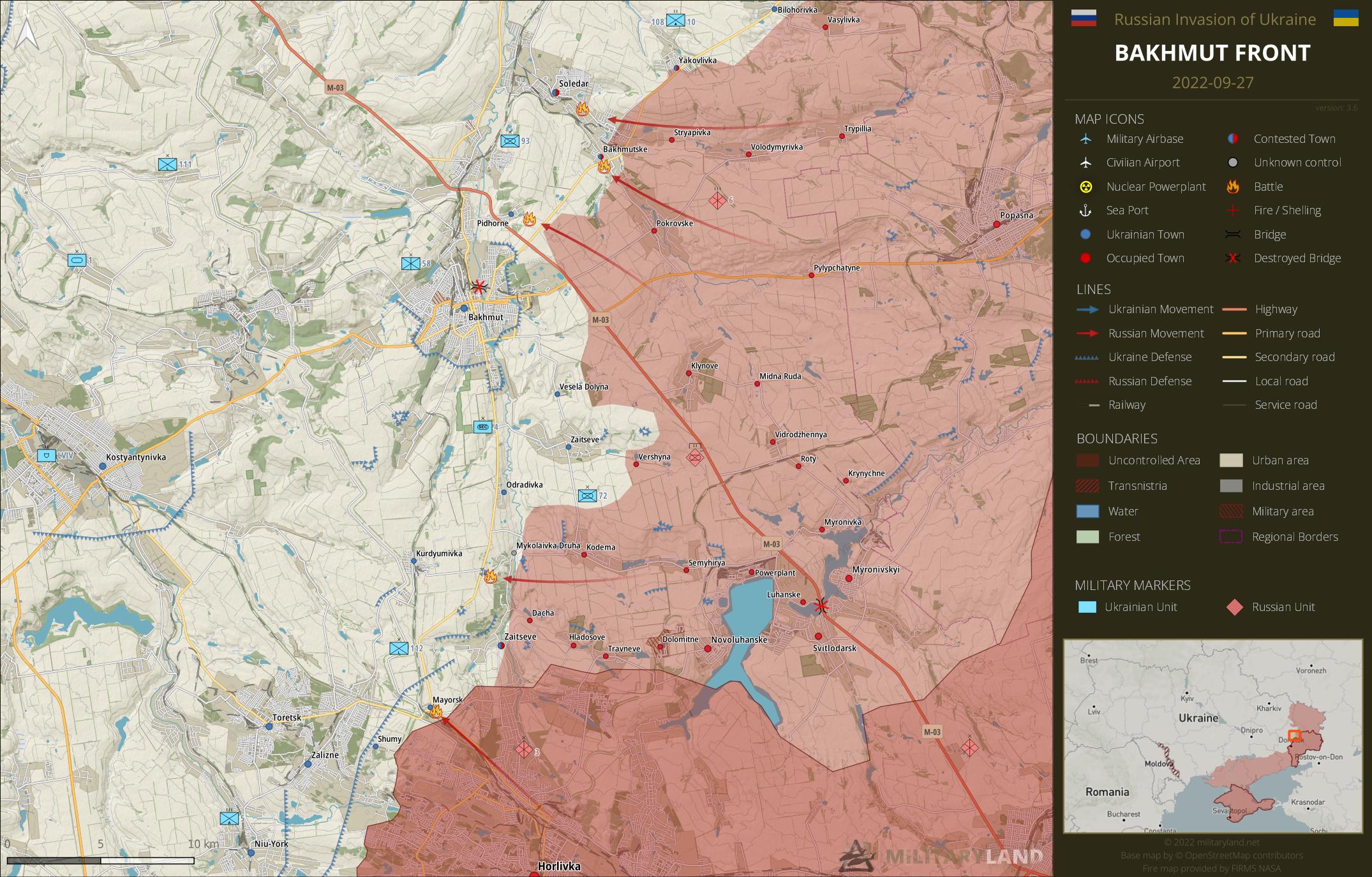 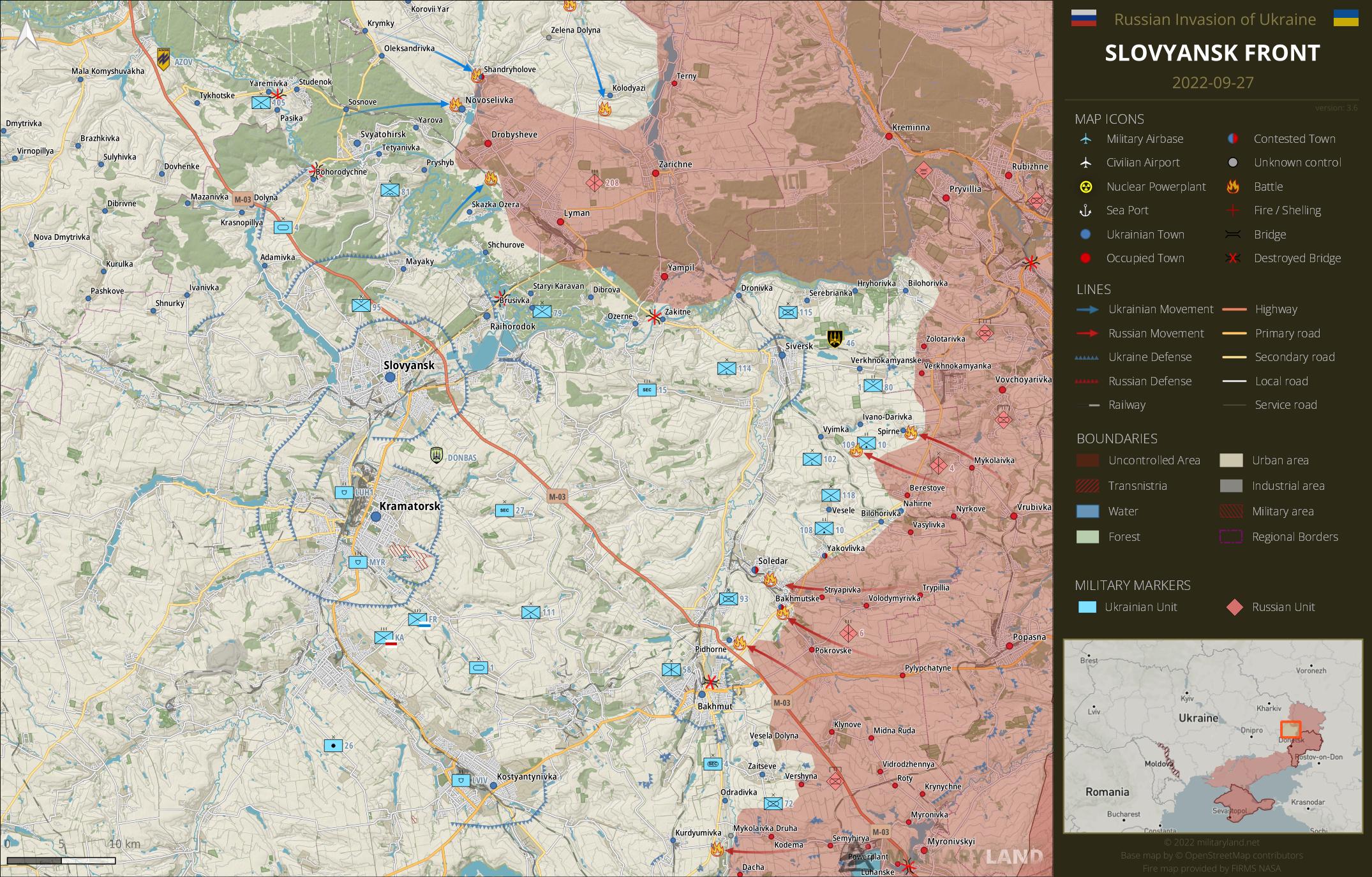 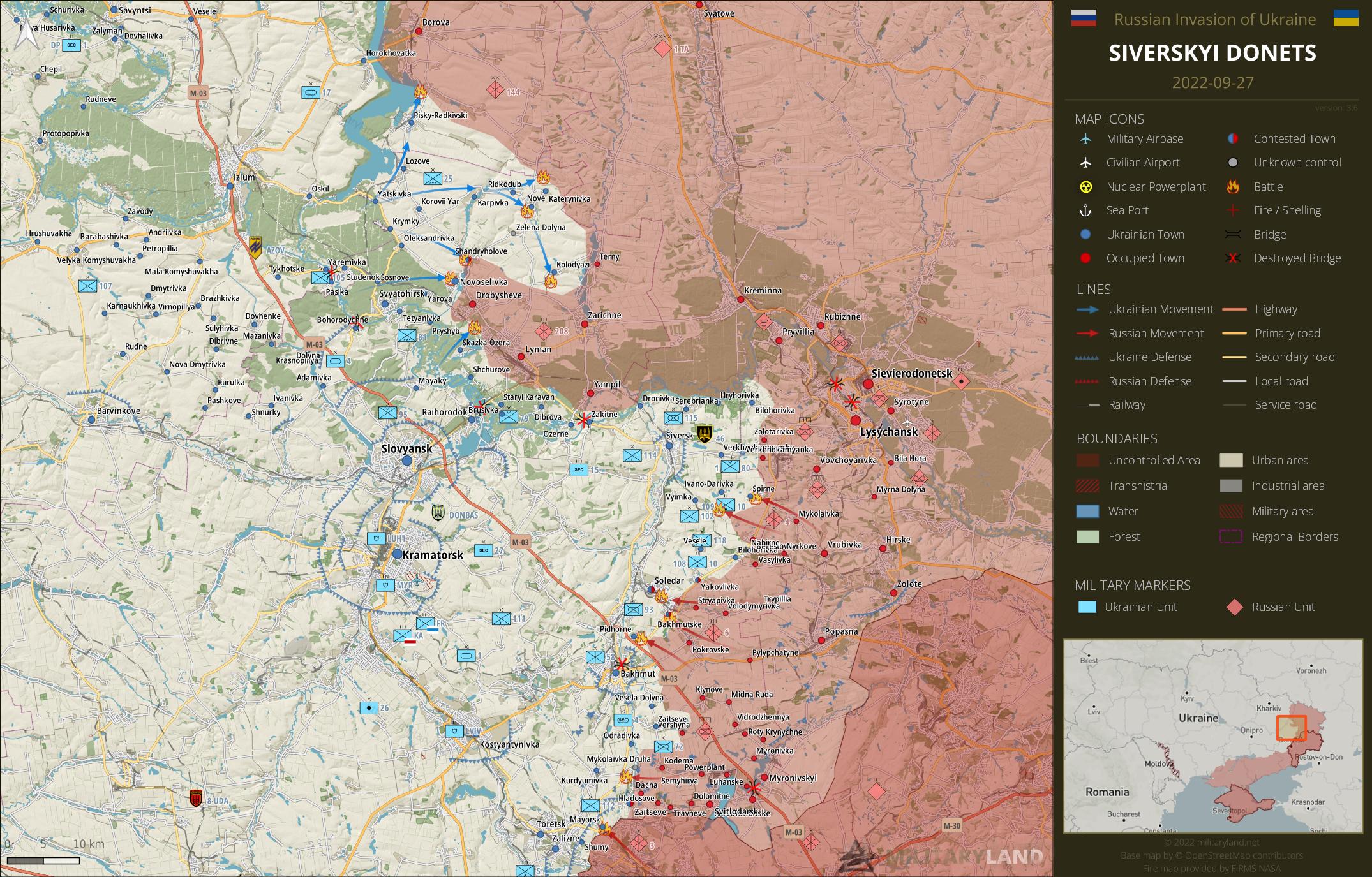 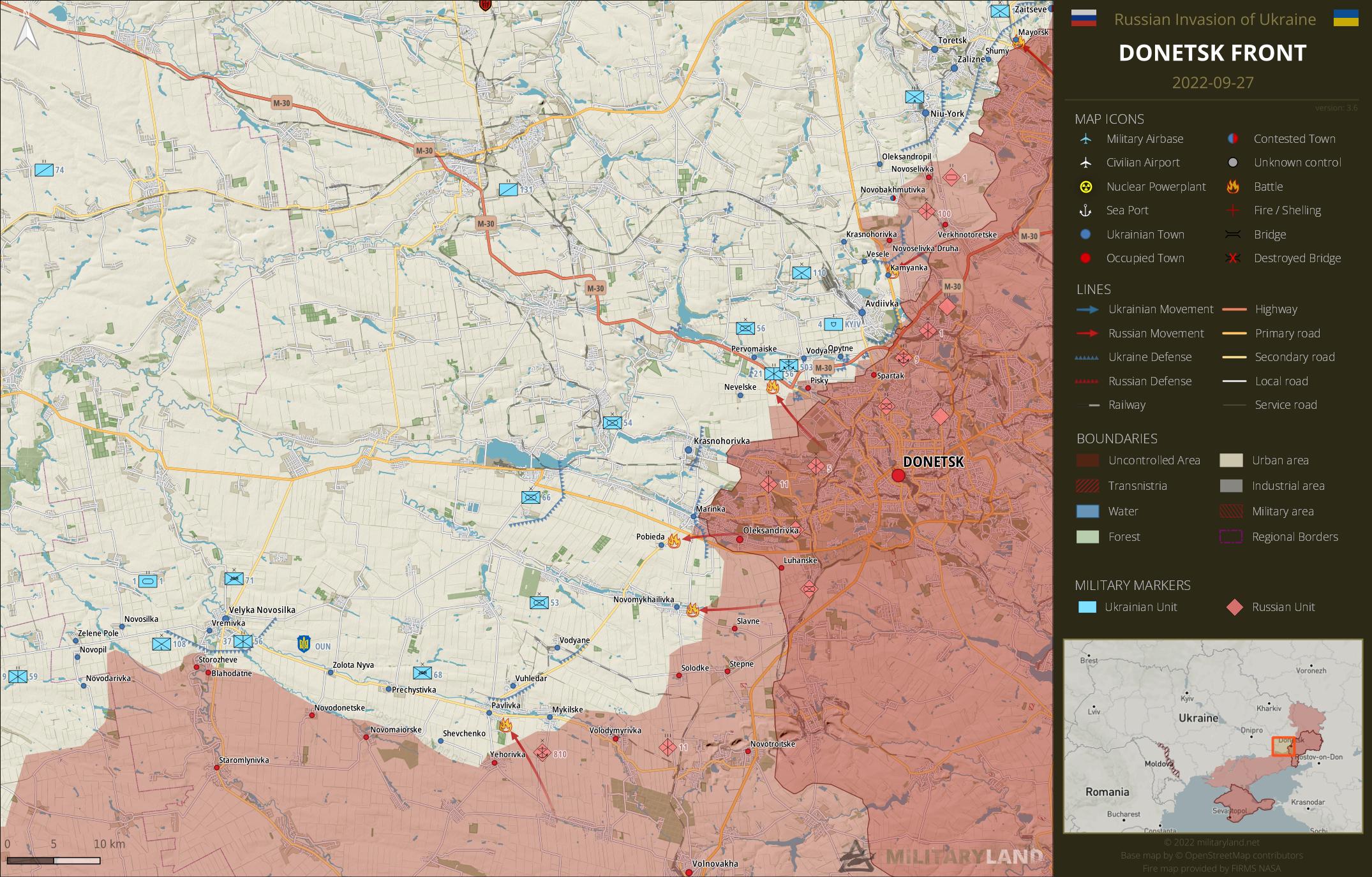 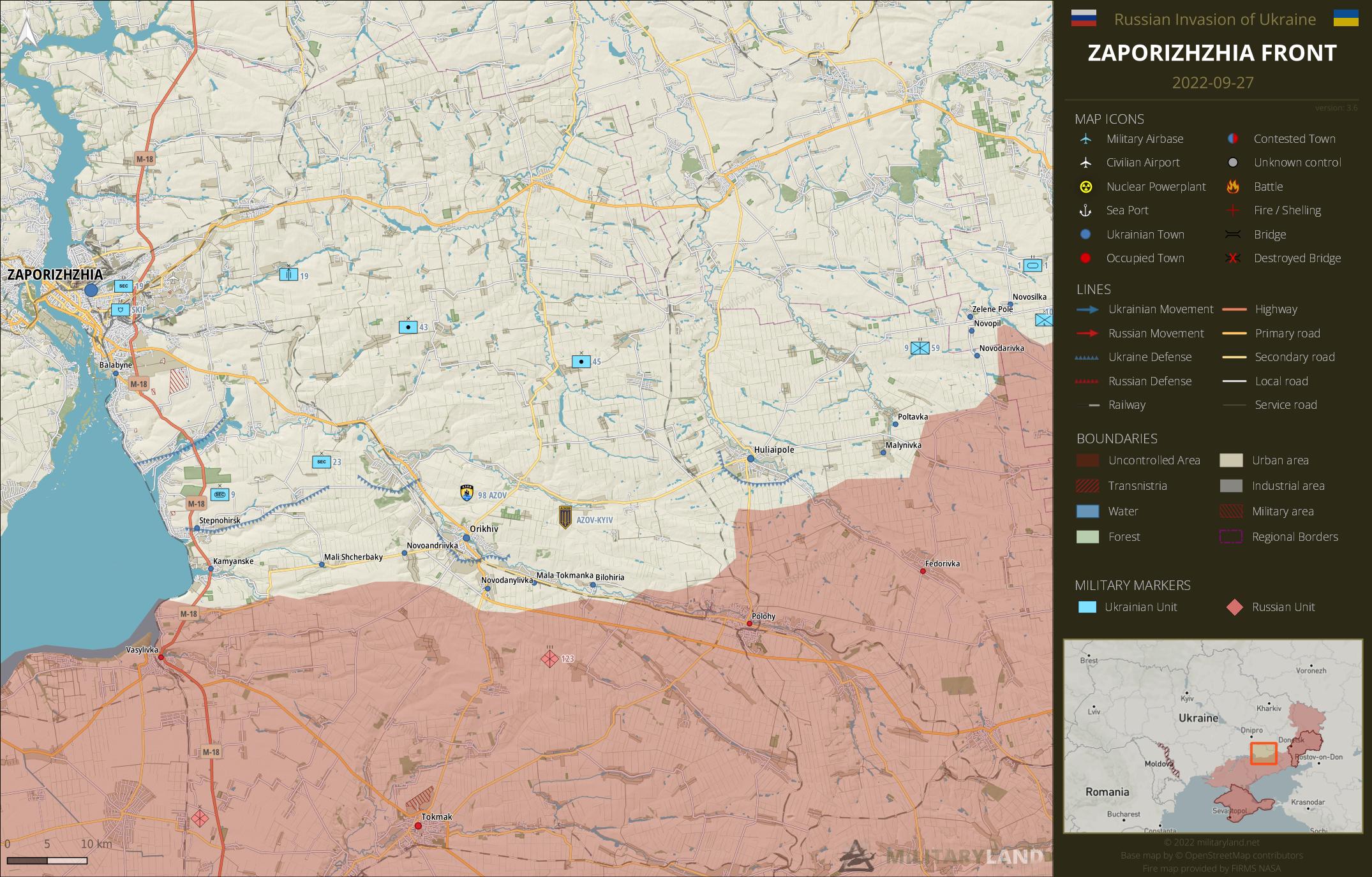 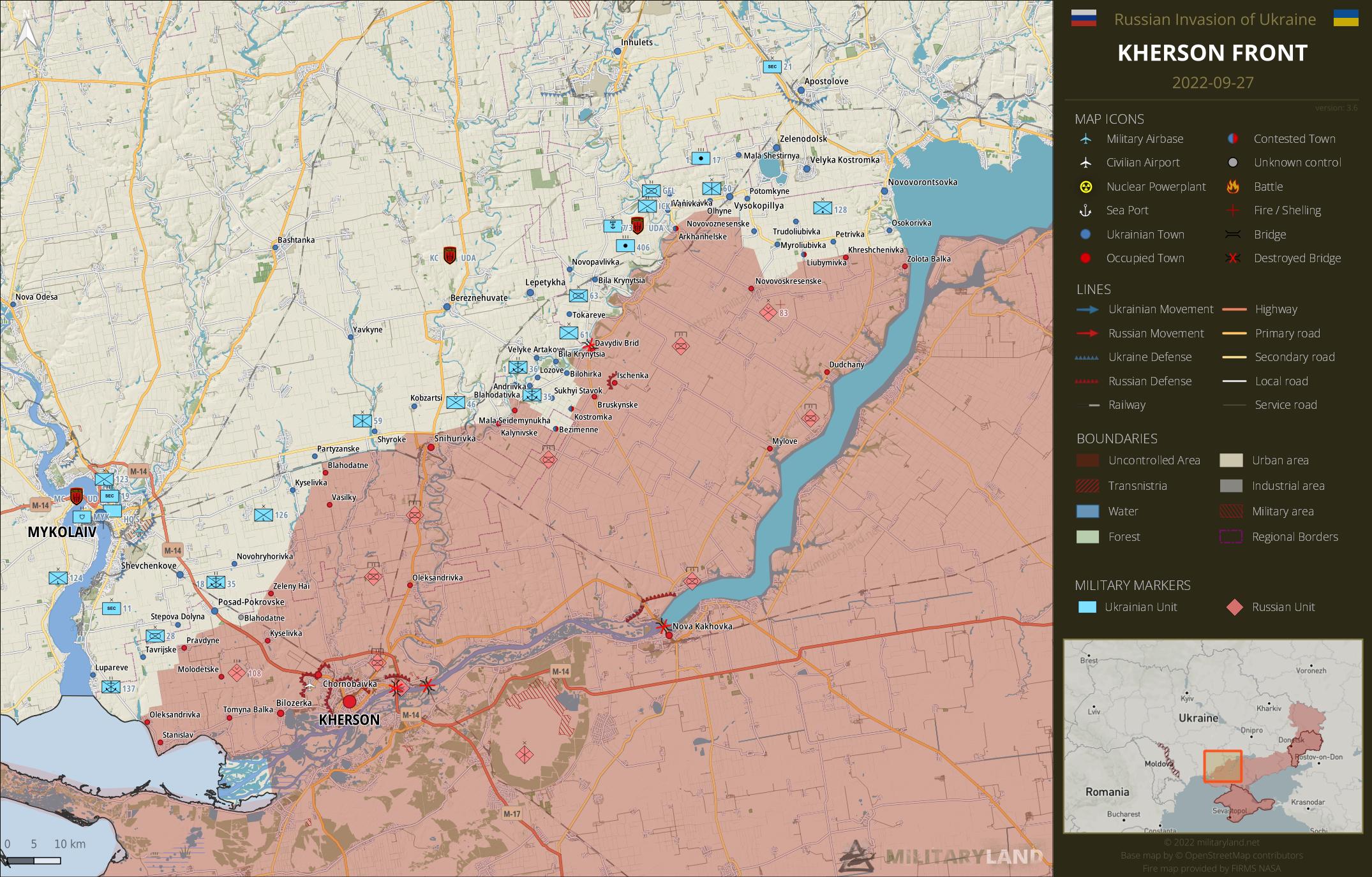 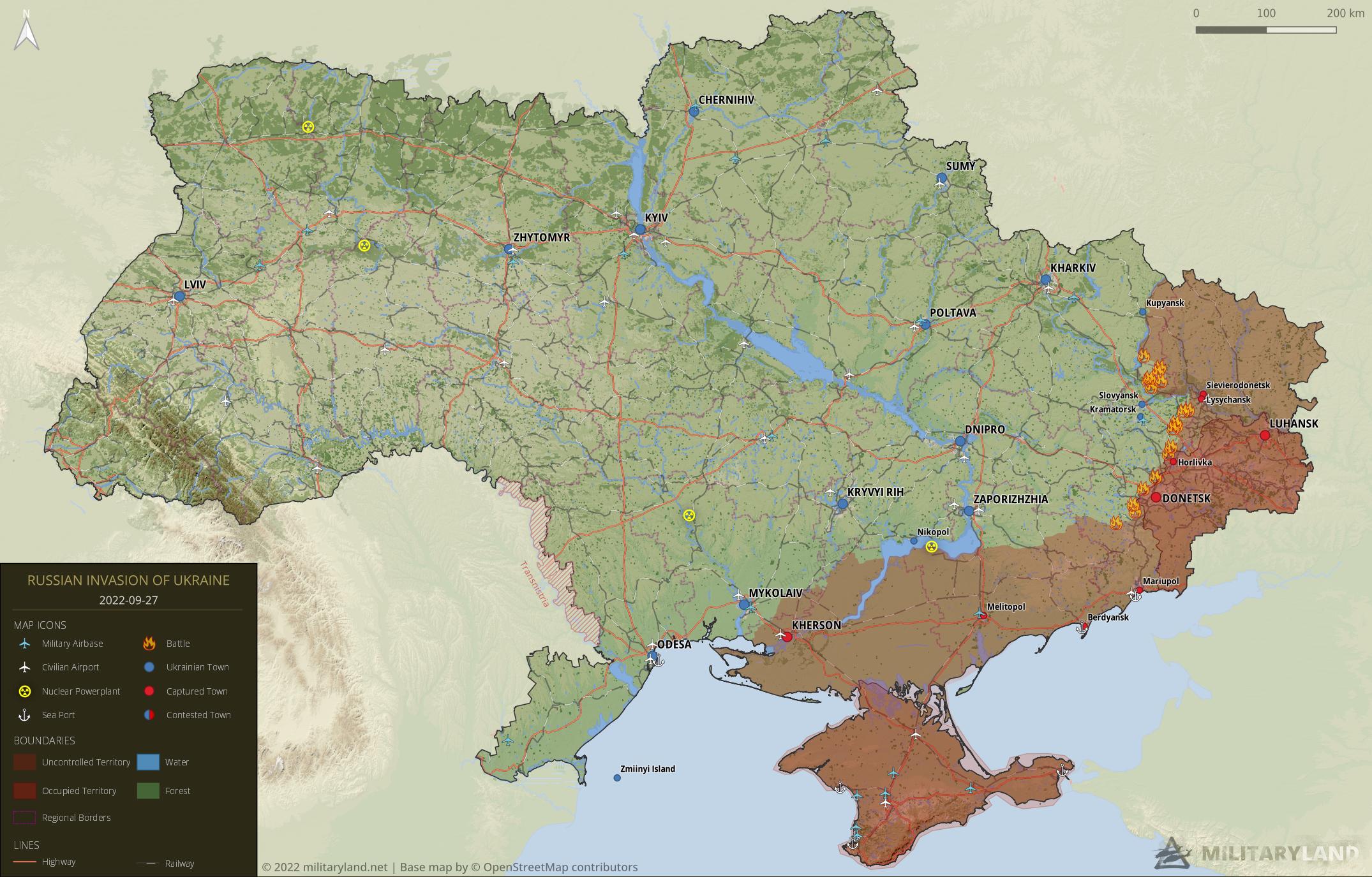 Apparently this morning thousand of new russian recruits in crimea and st.petersburg are being sent off to military camps to be trained for 2 weeks before being sent to ukraine. Such a bad idea russia is going to get counterattacked and their units will surrender like what happened at balakliya

They are lucky. Some recruits were sent to the front immediatly with 1 day of formality. Some are now pow.

In another military camp, autority annouce 1 month of training.

Not clear if somebody plan something or if local authority just try to do what they can without help.

Russian military science is so advanced that they can train a soldier in just one day.

Somebody know wich kind of troop is BAR13. I heard different version. Reservist, wagner and mercernary (not wagner).

BARs are residues of concept pretty close to the US National Guard built on reservists. The idea was promoted by the pre-Shoigu MoD (also with a serious reform of the whole army. Fortunatelly (for all of us) this has never materialised and Shoigu instead buit palaces and stuff. They originally had to be around 100k in size but never reached the reasonable fraction of this. >>

>>
BARs are the only true reservist forces the RF actually has and most if not all of them were deployed as reinforcement and separate detachments during consecutive waves of ‘hidden mobilisation’. The rest of existing ‘reservists’ are mostly half-trained recruits with very limited capabilities. >>

>>
All these ‘patriotic veterans from Chechnia’ with the actual combat experience are in my age (give or take some few years). And I am 50. Go figure.

Nothing to stop ukrain before starobilsk in the north.

And in the south, i think we will soon see a counterattack to cut the russian. Probably in bilmak or rozivka direction.

Autumn rain, cannon fodder and long logistical lines? Lyman falls and Svatove/Kremina are good goals. Staroblisk could become a unnacessary overstretch. I wouldn´t bet on it in any near future. It really depends on what russia can deploy and how much they redeploy to the north. Right now i wouldn´t bet much money on two counteroffensive axis at the same time.

Winter dont stop war in 2014 or in the beginning of the war.

russia have nothing to sent (mobiks with 1 day training is like nothing) before 2 months.

Ok, if your time frame is the whole winter, anything is possible. I wouldn´t even exclude an end of the war.
I am 100% sure that russia will fall apart, if the western support holds. It is just a question of when. Concerning battlefield developments, i wouldn´t bet on to much. I am not Valerii Fedorovych Zaluzhnyi, but i am pretty happy, that he is ukrainian.

It seems that Lyman will be recaptured by Ukraine in a few days.Closer to VICTORY!

tbh it’s crazy for how long the russian soldiers held out there, with basically no rest and low supplies they were holding it for weeks, kind of reminds me of severodonetsk
people talking how russia has low moral, but lyman shows the direct opposite, even the british acknowledged that, i think the closer it gets to the new russian borders the harder they’ll fight
might be some tough months ahead

Wow. You might want to check for foreign substances added to your water. The only thing “crazy” about the Russian soldiers are the reasons they’d be there in the first place.

I would not question the bravery of any soldier fighting in war. However, i.am.not sure those soldiers are being given the choice to retreat (which is the obvious smart military move) by the RF. Putin is not just evil, he is on full TILT and making mistakes

Its sure. Without putin “general”, russia will have win easily this war.

Ukraine can easily hit the Starobilsk railway bridge over the Aidar river.

Frontline is ~70 km from the bridge, and it would be dangerous for the limited ammount of Himars to operate too close to the front. Also Russians in Svatove may be more important target for now

They are Probably hitting the lign near troiske or urazovo. Here its close to the frontline.