Ukrainian Army crossed Oskil river near Dvorichna and is advancing east of Kupyansk. Ukrainian forces have also broken through Russian lines in the northern part of Donetsk Oblast.

Russian troops remain focused on Bakhmut and the vicinity of Donetsk. They have only small gains, if any, and are on the defense in other places. 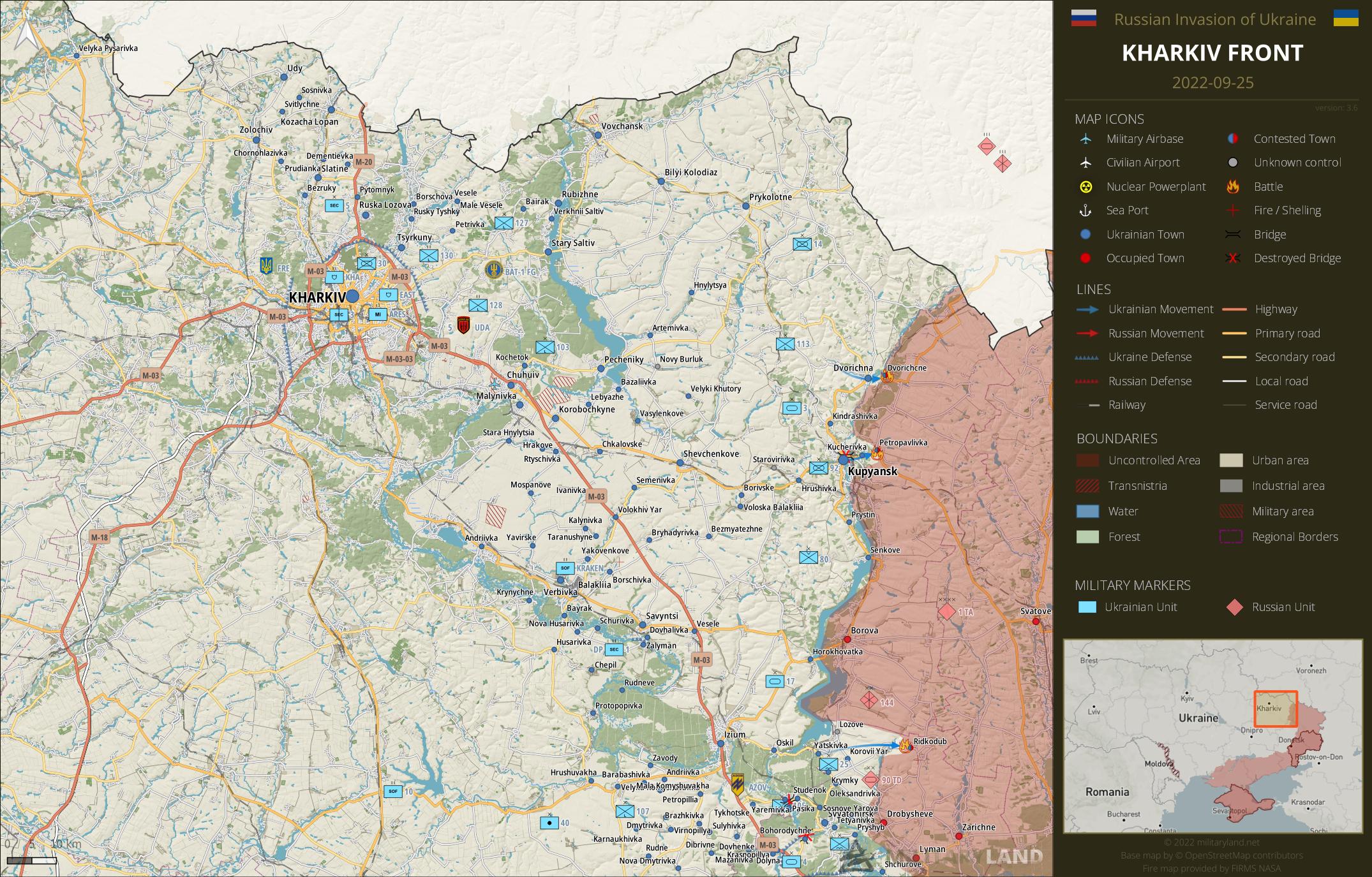 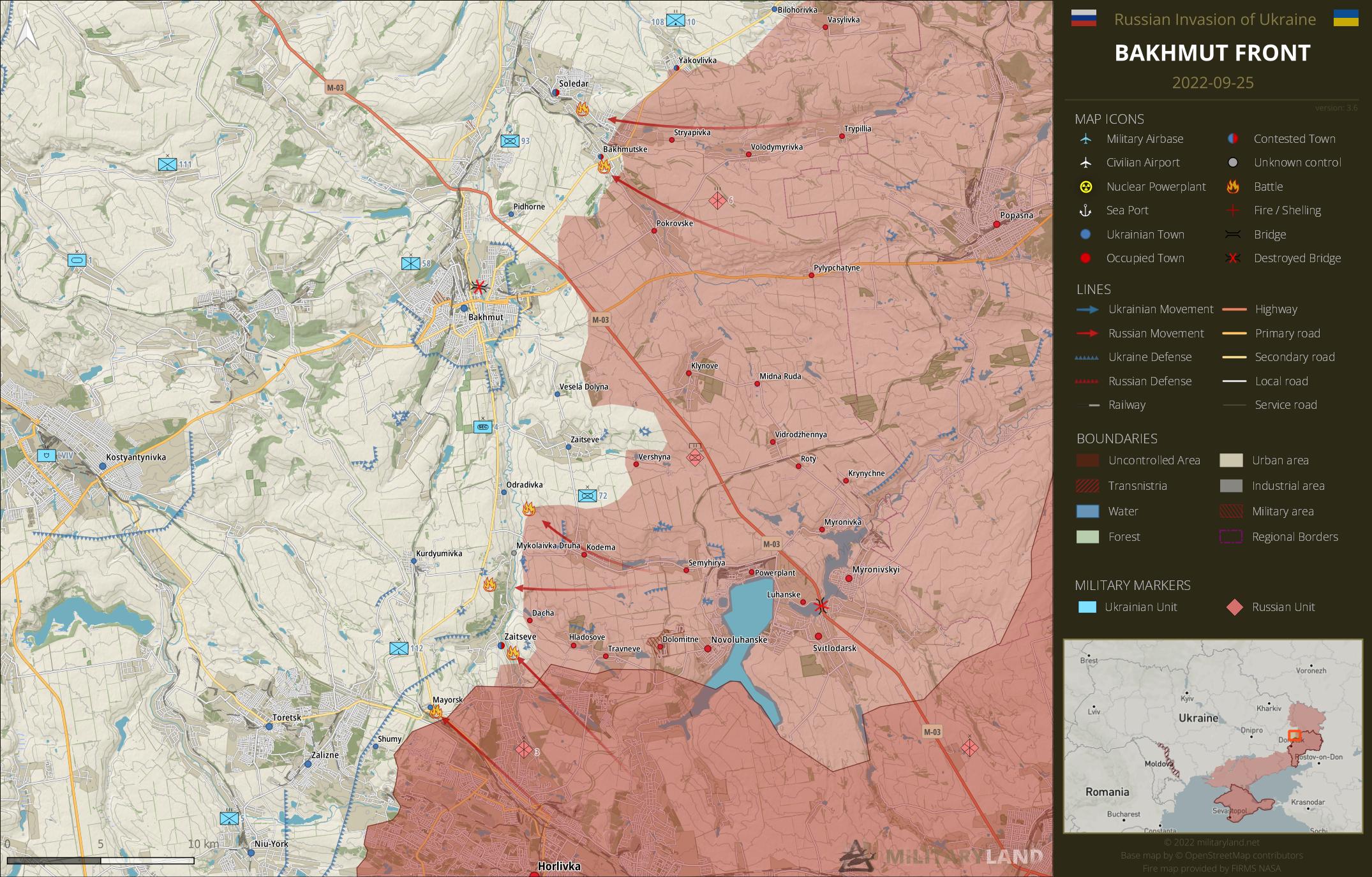 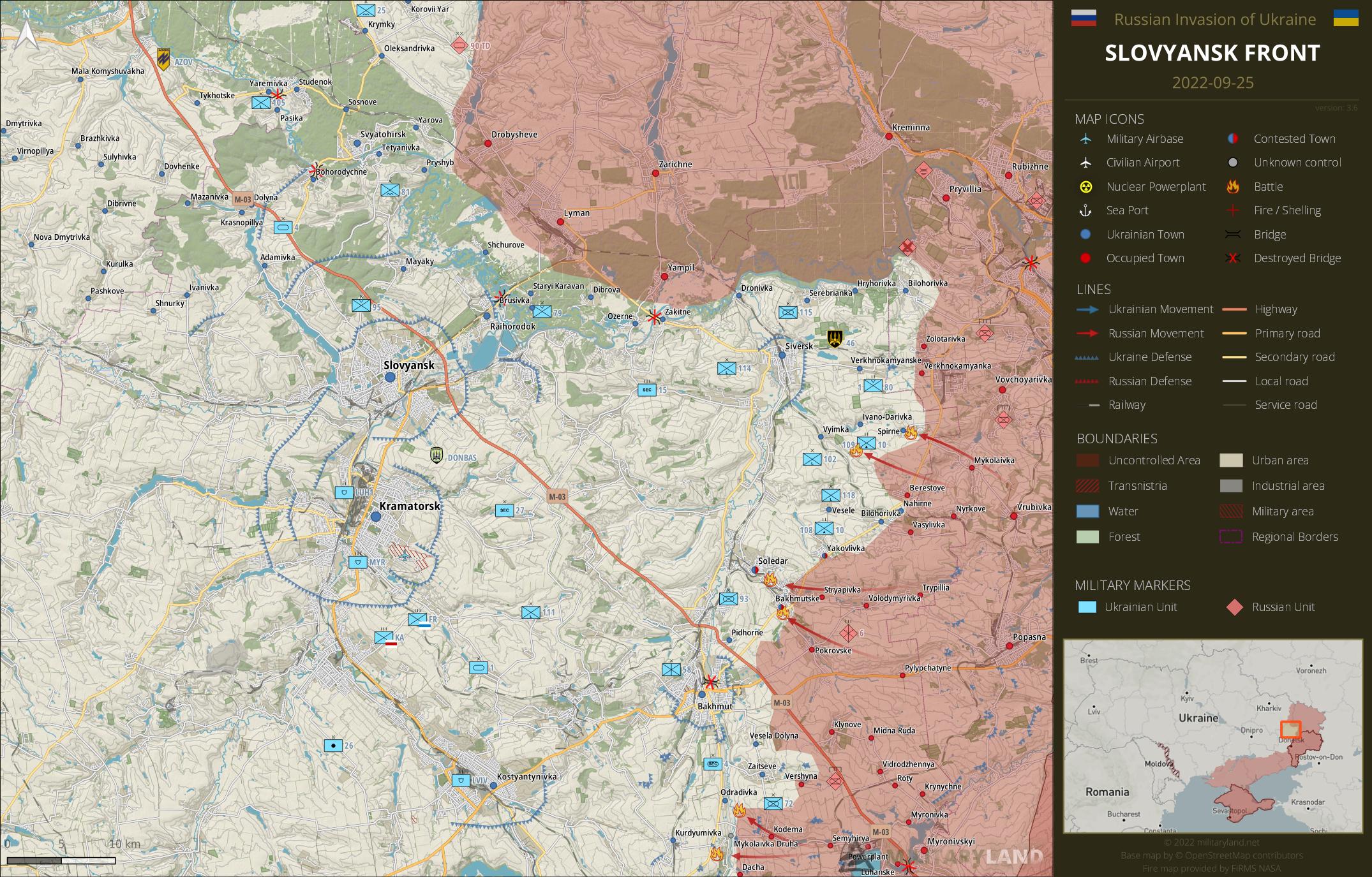 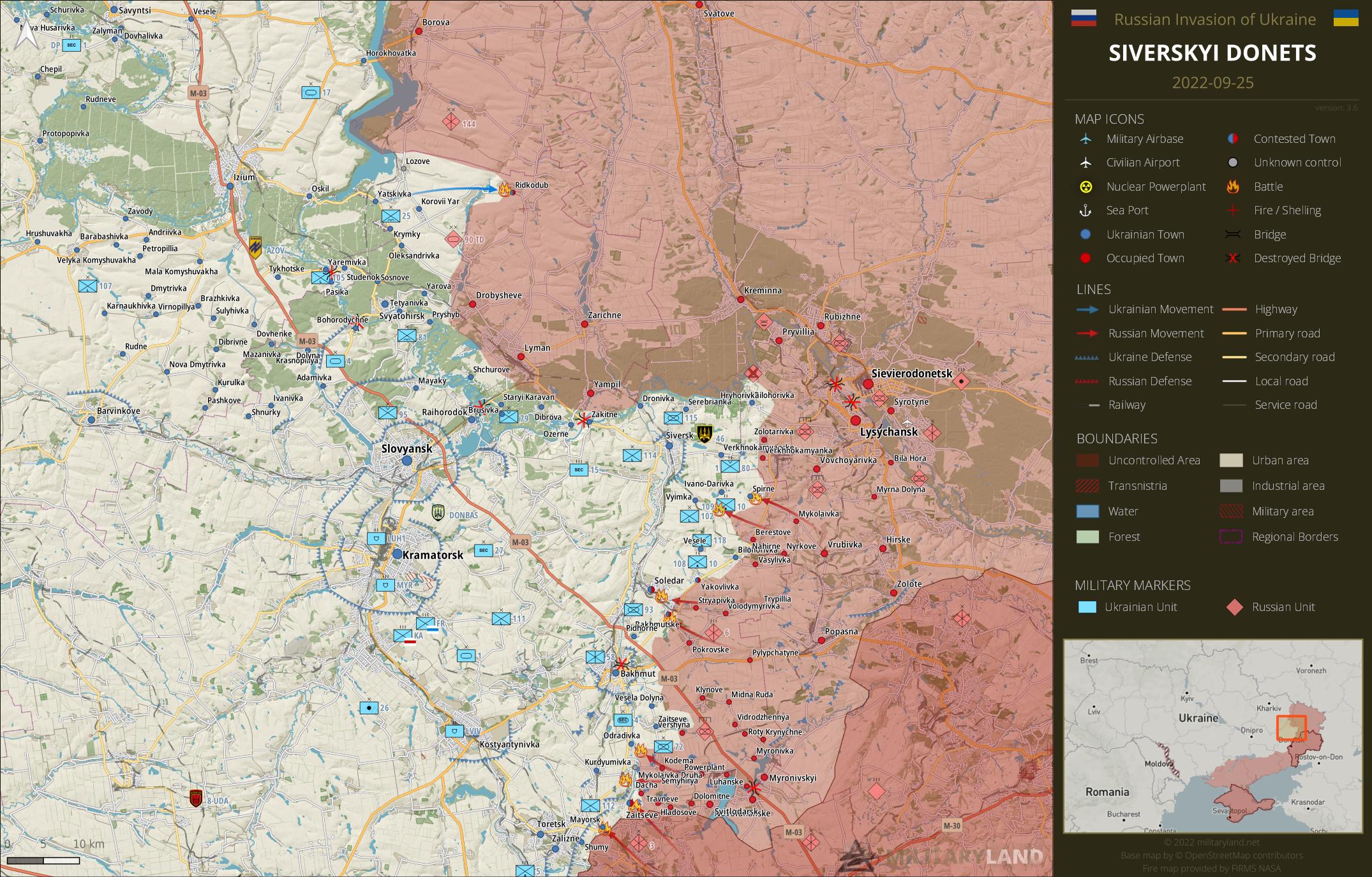 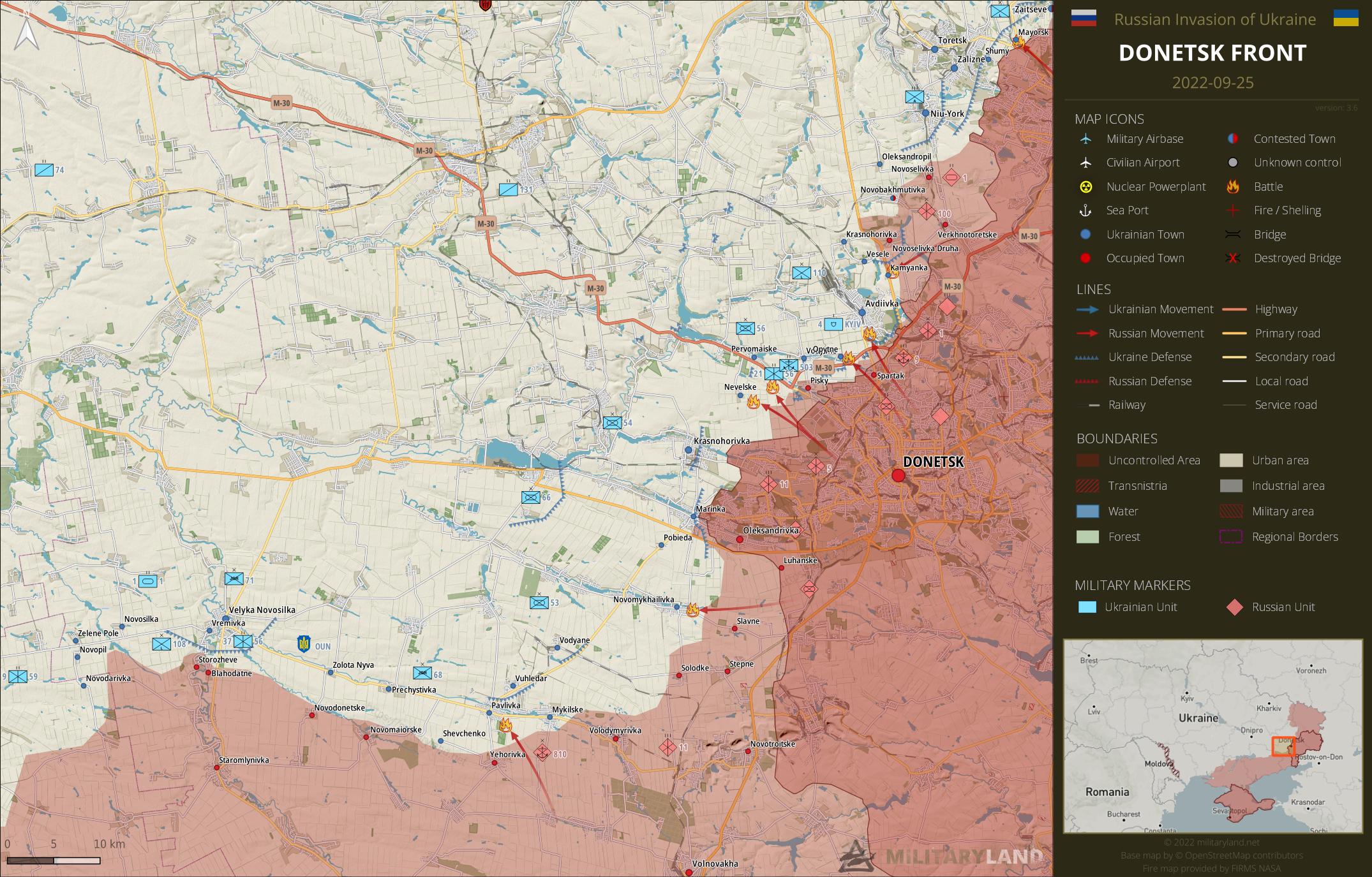 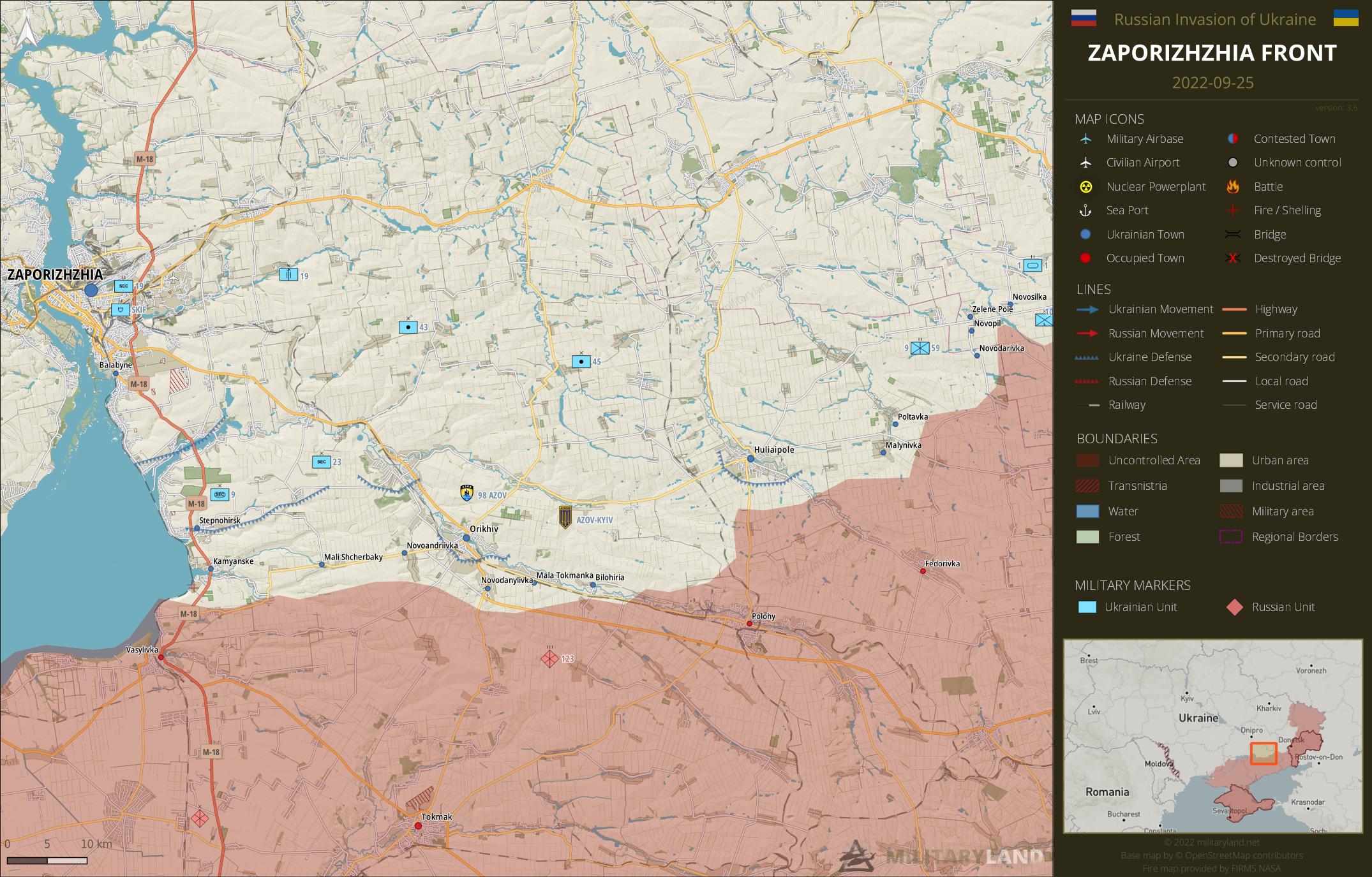 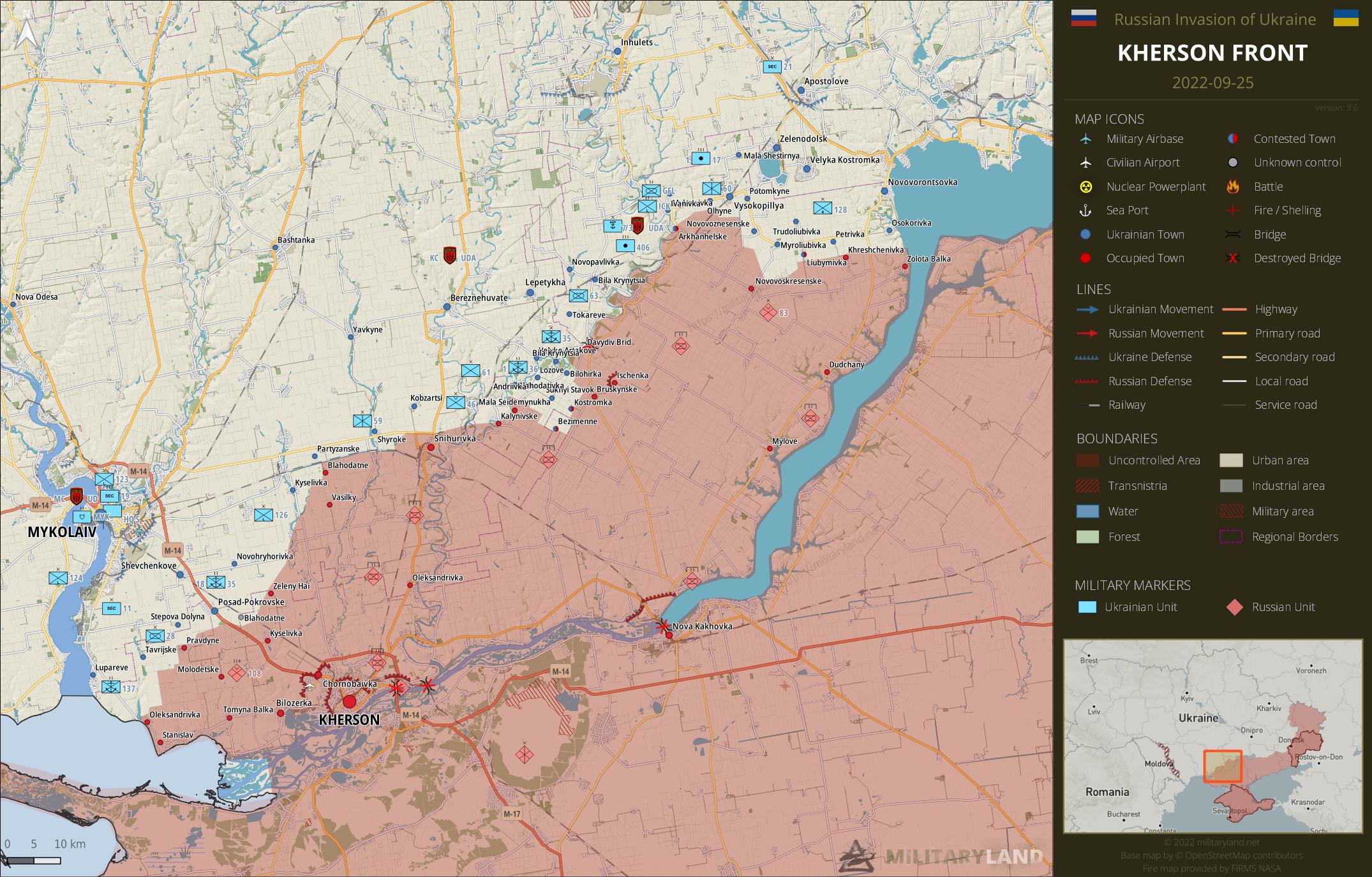 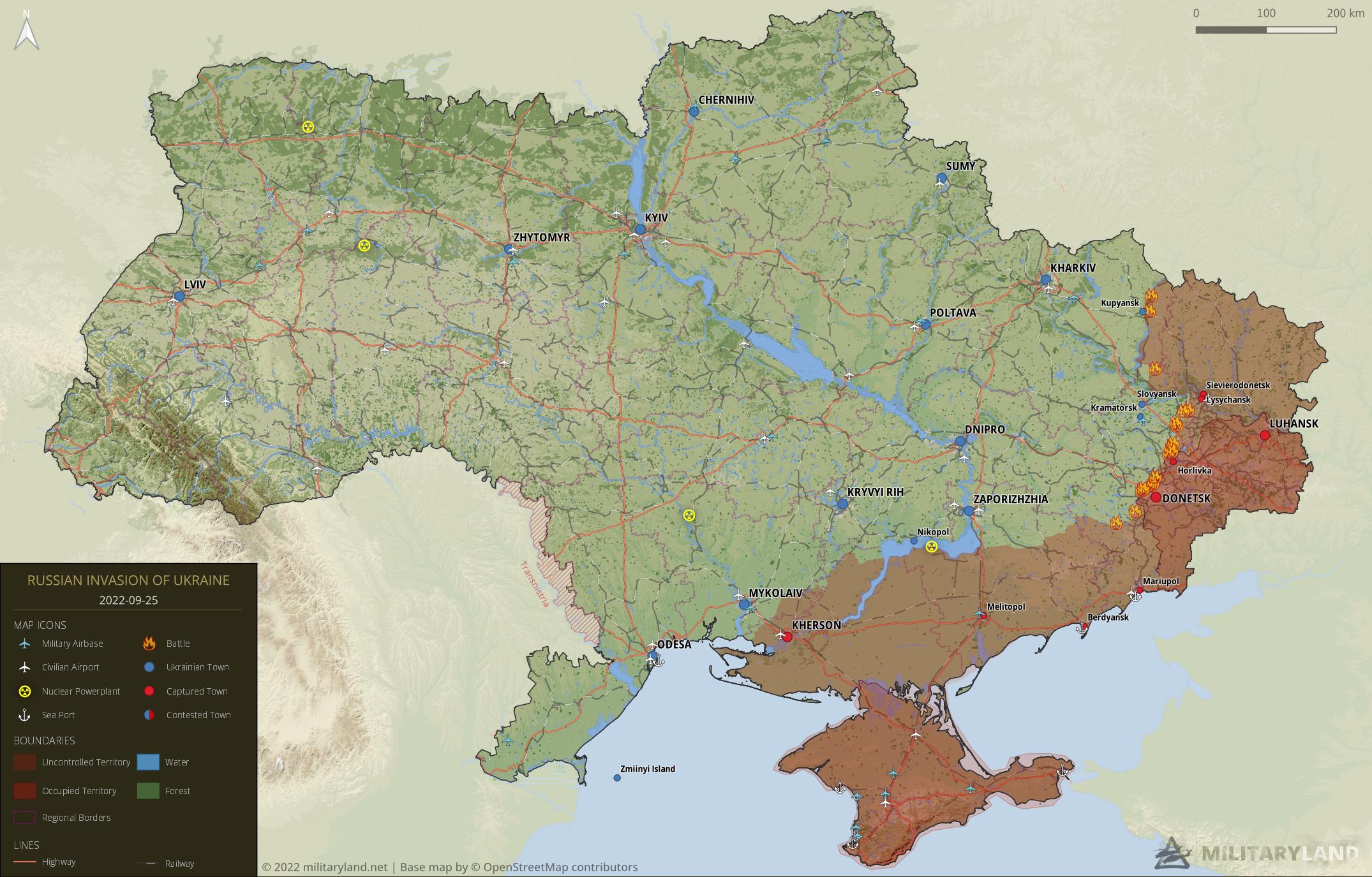 I’m really concerned about what Russia could do in the following week. I still can’t believe they invaded Ukraine, declared land that they don’t even fully control as theirs and now they’ll justify the war as defending their land. How is this an operation of liberating Ukraine? It’s an act of nationalist imperialism not seen since WW2. I don’t understand how India and BRICS can support this

nuclear war is not going to happen, putin doesnt want to end his country, but he may escalate even further with even more mobilization, war crimes may start to become widespread in occupied ukrainian territory if things were to get worse.

The world was always like this before “liberal democracy” was the hegemon. War and conflict are as natural as eating and drinking even in American/ EU fairytale land where everyone is equal and BS. The US and EU had to do massive social engineering to achieve this through such things. Putin is just showing us stuck liberal fantasy land how the world is and always has been New World vs Old World.

He always gave us numerous warning about this and we ignored all of them in the west I mean. Putin is a centrist that before this was wanted only but to trade his commodities with everyone. This was also about keeping NATO off his doorstep.

As a student of History I am shocked at all he invaded he gave us in the west numerous chances at peace. Ukraine has always been a redline for Russia. Merkel and the west just delayed the inevitable starting in 2014

not shocked. This was also about drawing Russia into a war the Rand Corp wrote about it in 2019. I suggest you read this report it will red pill your very good on this issue of how the US used non violent means of hybrid warfare to draw Russia into a war.

Benjamin what’s the point of spreading this nonsense? It’s time to save your own butt and leave the country. Unless you dream to be drafted and after one day “training” to be sent to the front-line awaiting certain death.

NGO report. So? If the U.S. government wanted to – hypothetically – use something like this, do you think they would put it on the Internet for the whole world to see?

Brics and india dont support this . Like china, they call putin to stop the war.

they don’t call him to stop, they just say to make peace negotiations, because they obviously want to trade easier.

china doesn’t care that much they only care about the russian gas they are receiving, just like india.

that doesn’t mean their relations are bad tho, cuz they are obviously really good, russia has really good releations with their allies from brics and the SCO.

Well if you look at Indian forums you’ll see that there is widespread support for Russia. It’s very saddening. But at the same time they hate China, which is interesting. Unlike Russia, China hasn’t invested much into foreign propaganda and bots. That’s the reason why there are so many Putin/Jedinaja Rosija apologists but none for China and the CPP

As of now, it looks like ukraine has fully liberated the villages of karpivka, ridkodub, nove, hlushobenkove and maliivka as shown on deepstatemap.live just copy paste it into your browser and confirm them so you can update the map next time I appreciate your work! 🙂

What about August vs. September? Where are you getting these data from?

https://www.mil.gov.ua/en/news/
I use the 1. Of each month. August is an uptick to juli, june more or less like juli.

Russian losses as reported by ukraine. Both sides do not speak much of their own losses, if at all.

can’t really trust what ukraine or russia say about each others losses.

it’s obvious that they lie, it’s all just propaganda after all.

Well, Oryx shows that Ukraine is not far off, while russia claims to have destroyed more nthan there possibly could be.
The truth about russian losses is anywhwere between Oryx and Ukraine. I believe the ukrainian numbers are pretty good as off around mai.

List of people “opponents of integrity of Ukraine” – they are listed individually by name. You can sort by confirmed death date. Looks like at least 6000 confirmed KIA from the Russian side.

48,500 russian widows and mothers would tell you otherwise