The situation in Ukraine remains unchanged. Russia remains focused on Bakhmut and also managed to repel a Ukrainian attack in Kherson Oblast.

Russia declared partial mobilization on September 21, signaling the invasion isn’t going according to plan and more manpower is needed. A large prisoner exchange also happened on September 21. In total, 215 Ukrainian servicemen returned home, including the commander and deputy commander of Azov Regiment. 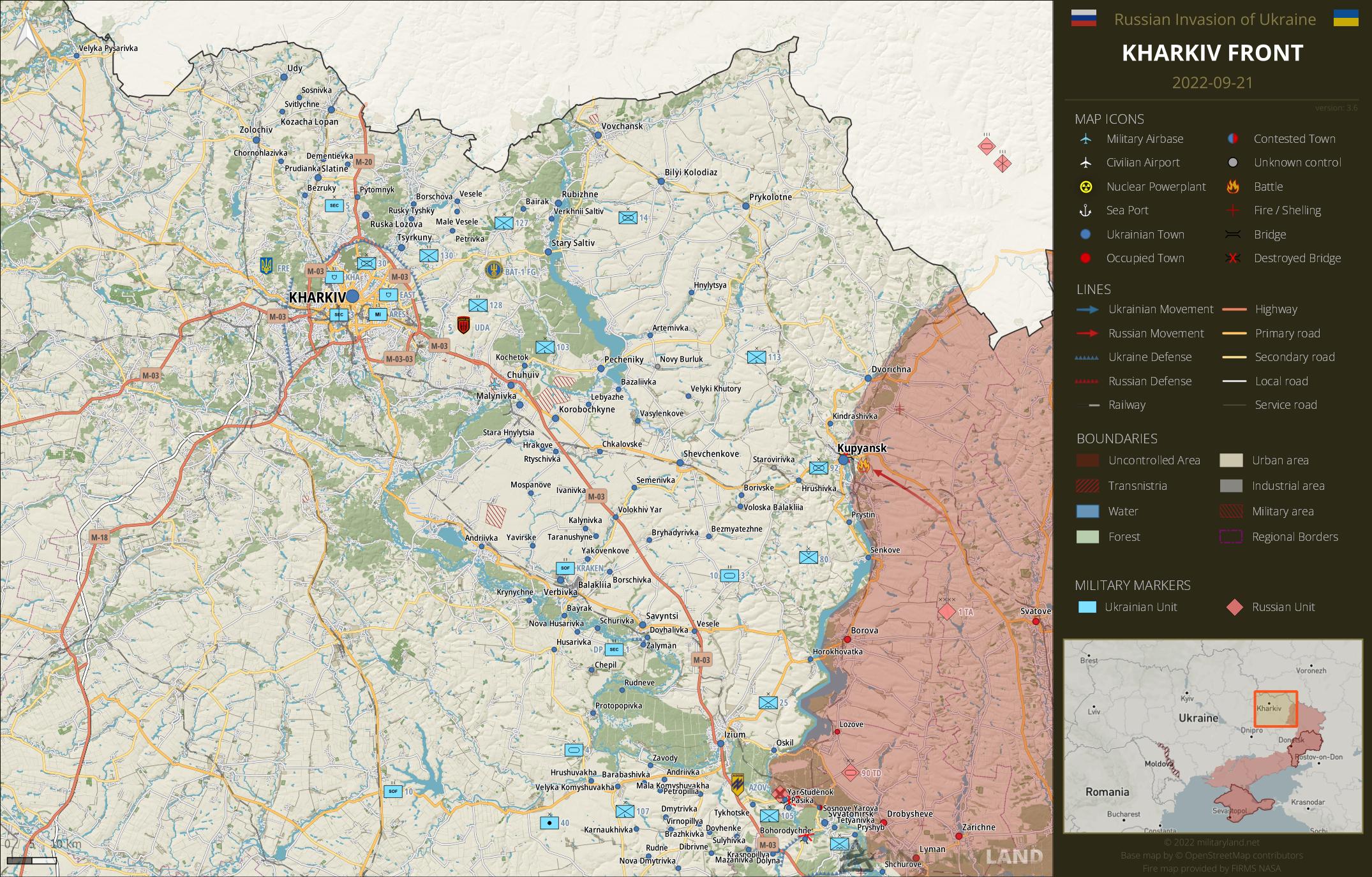 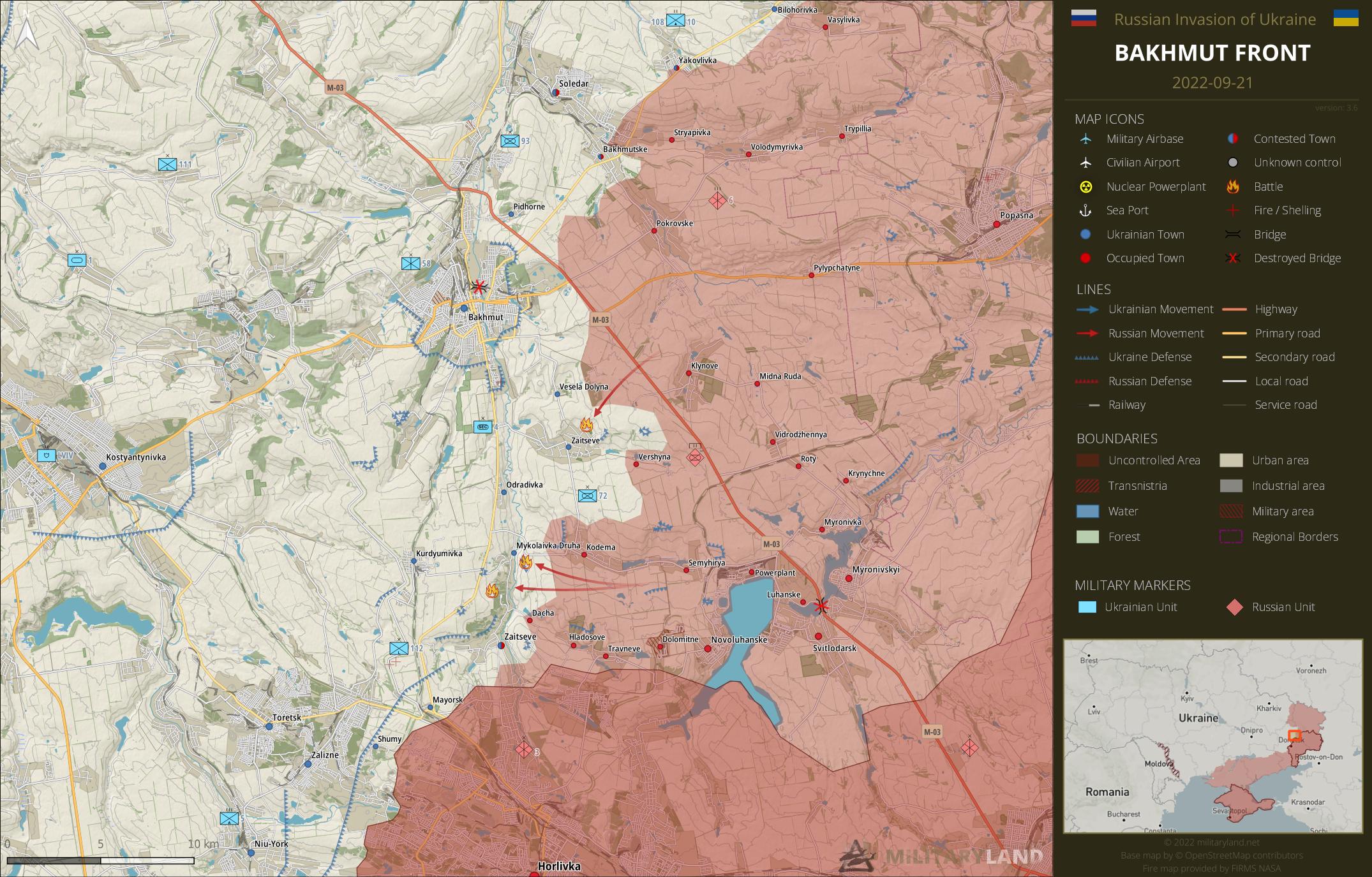 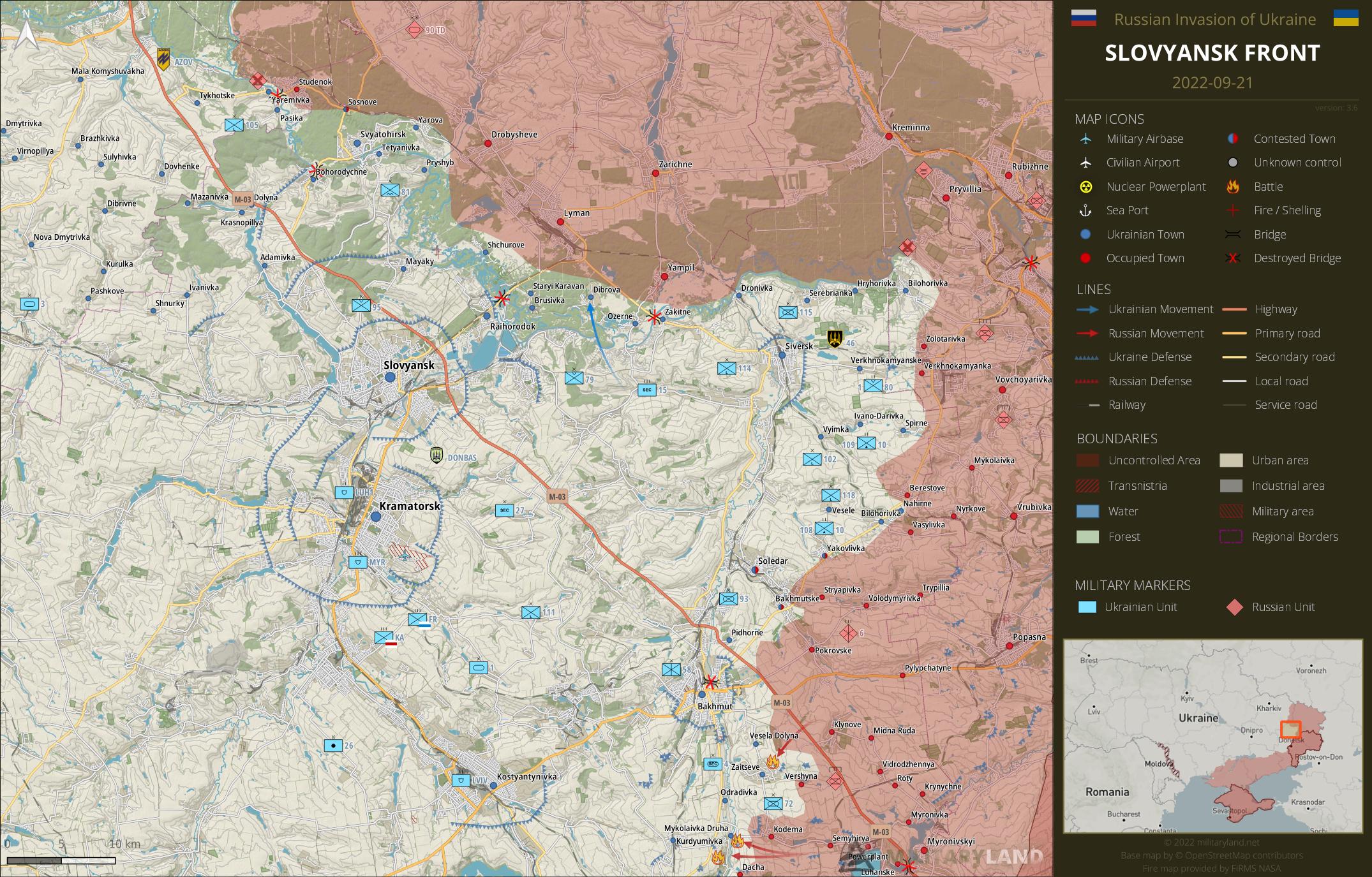 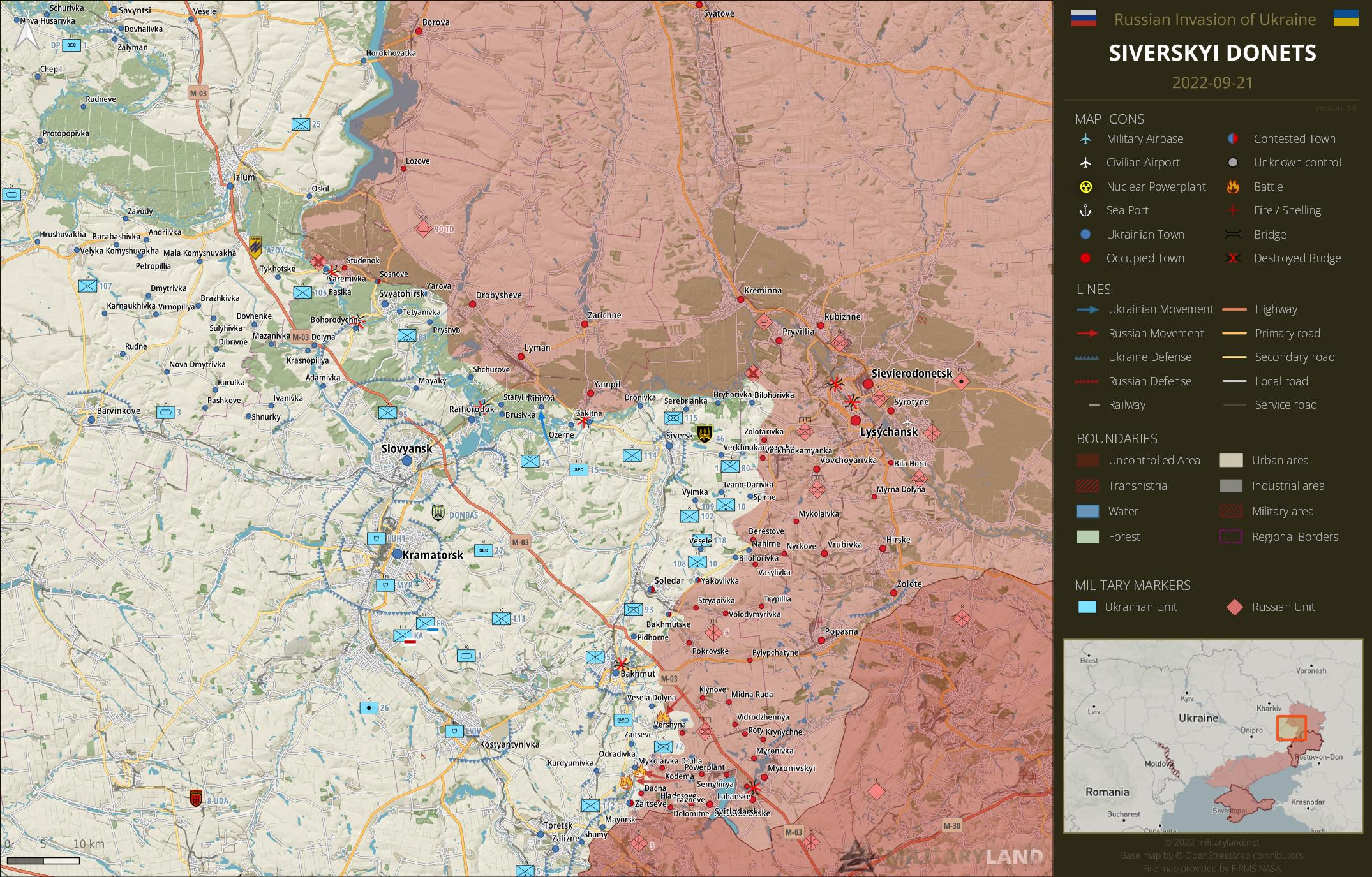 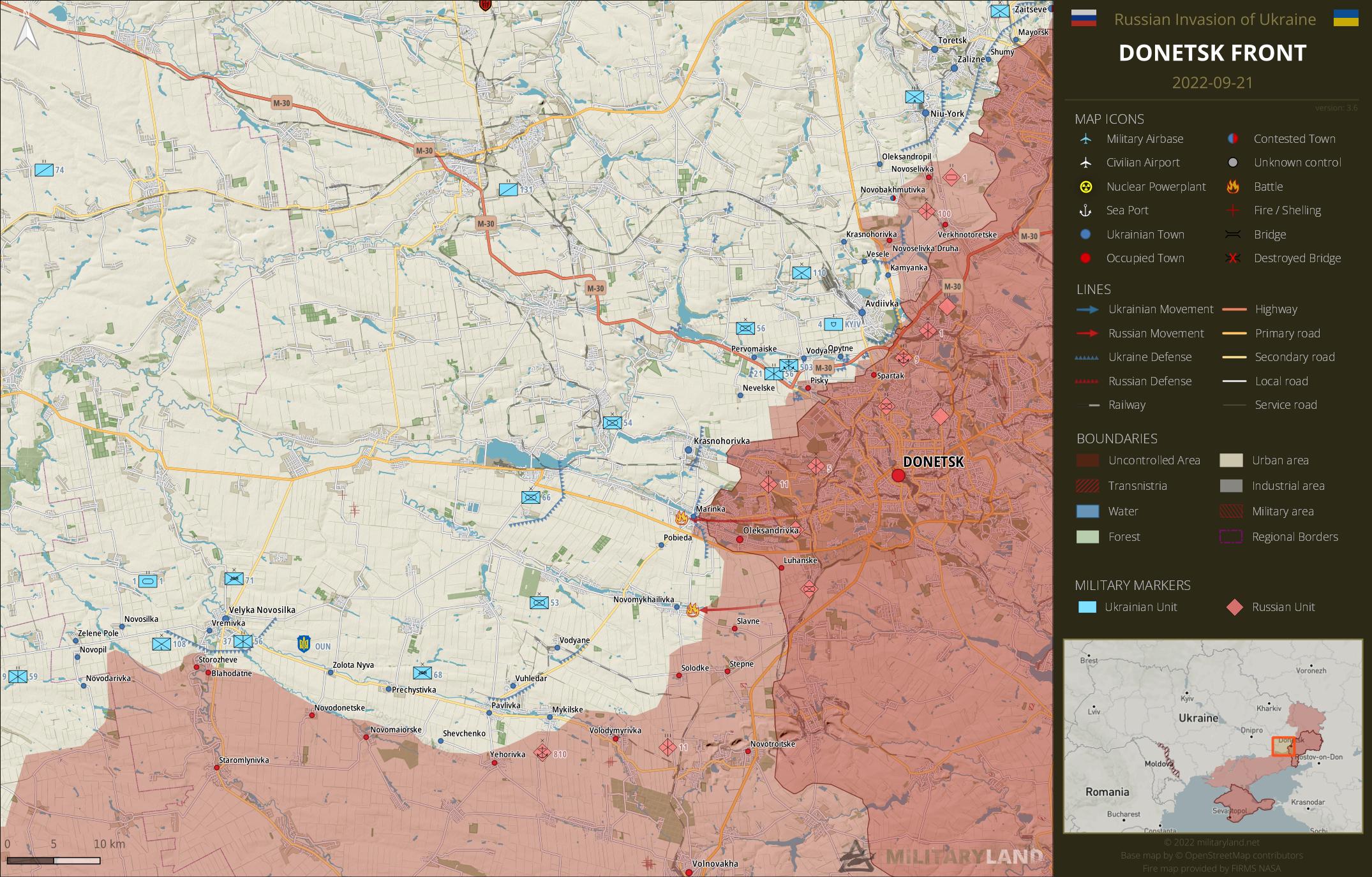 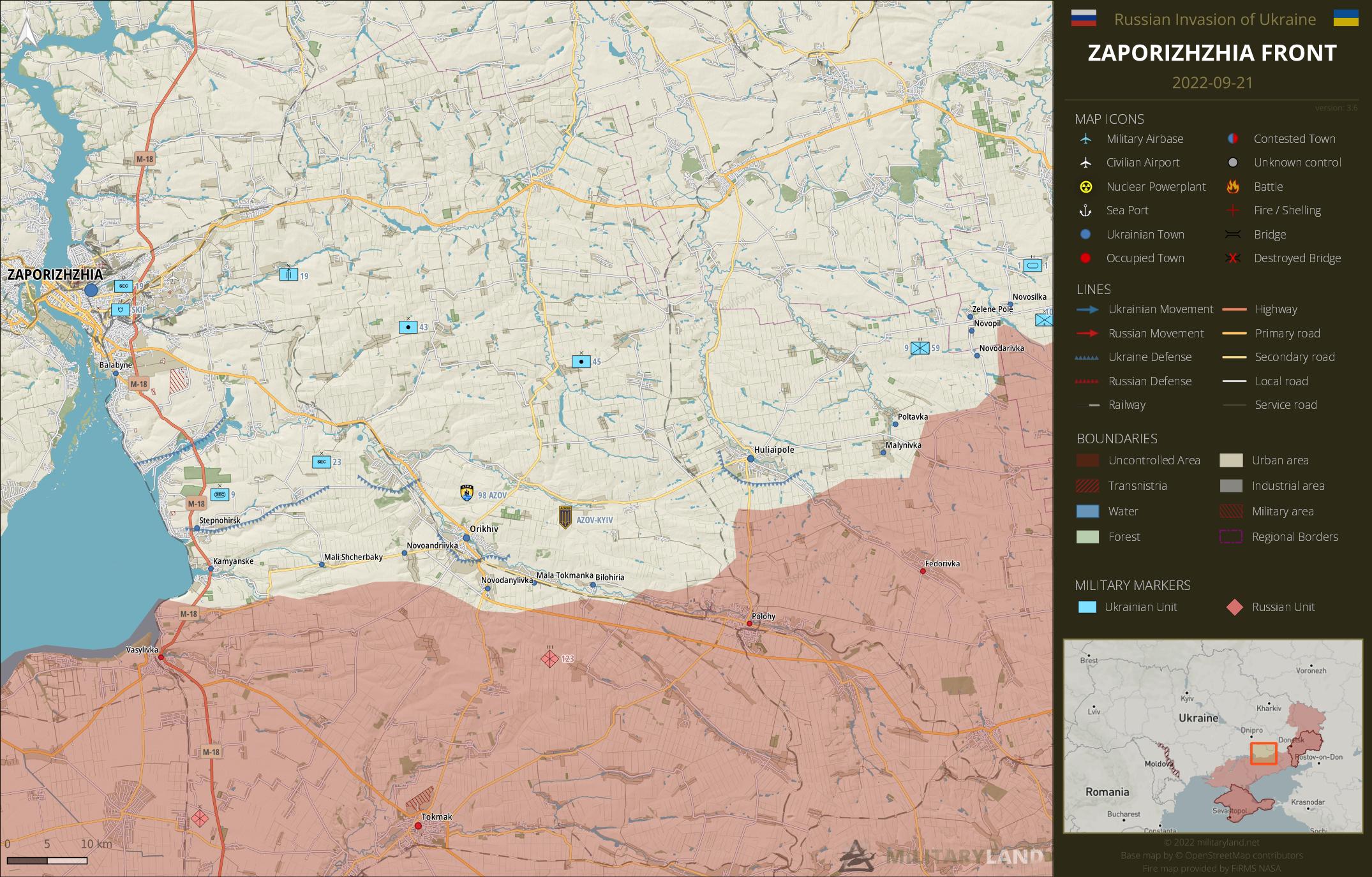 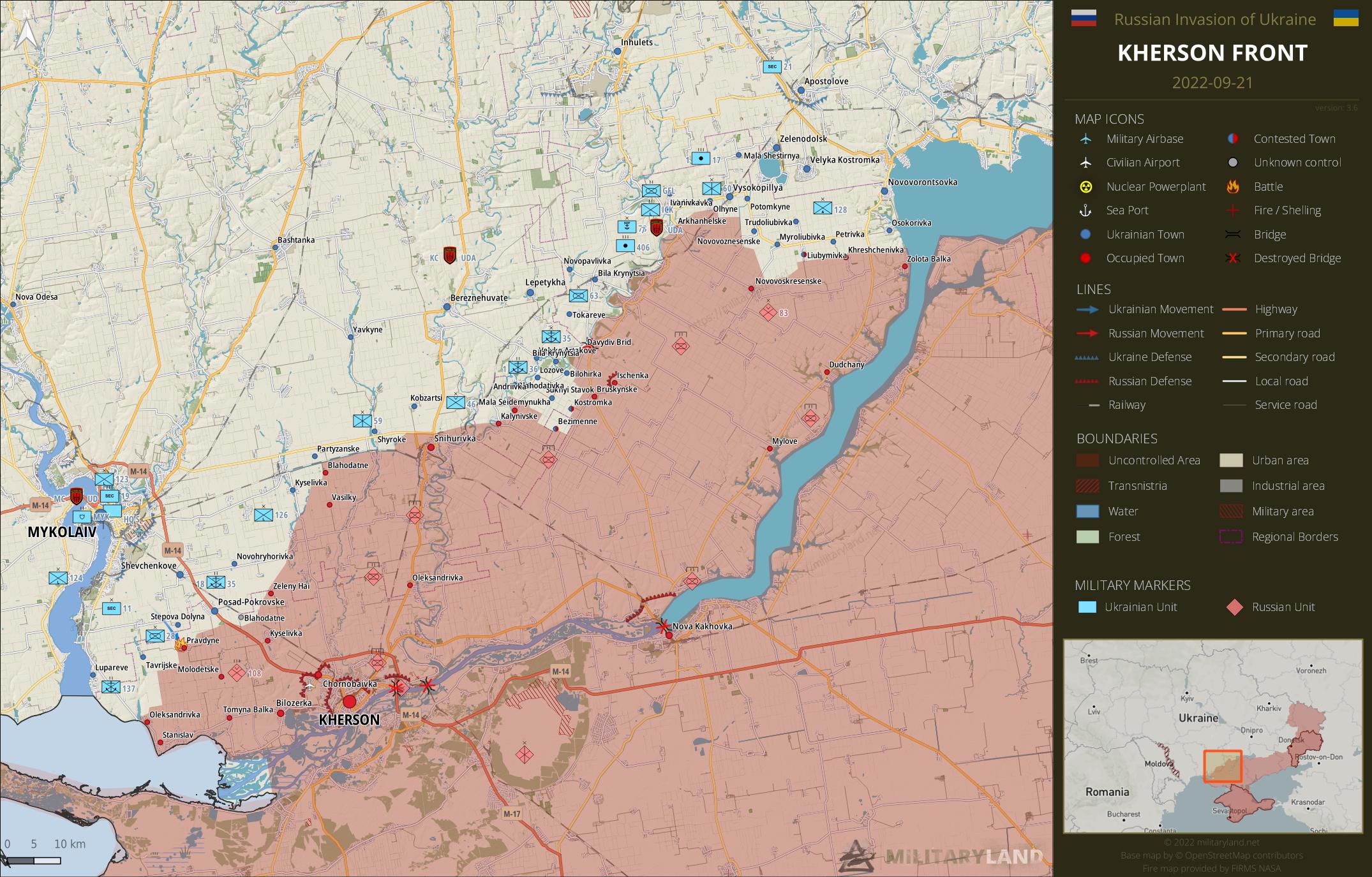 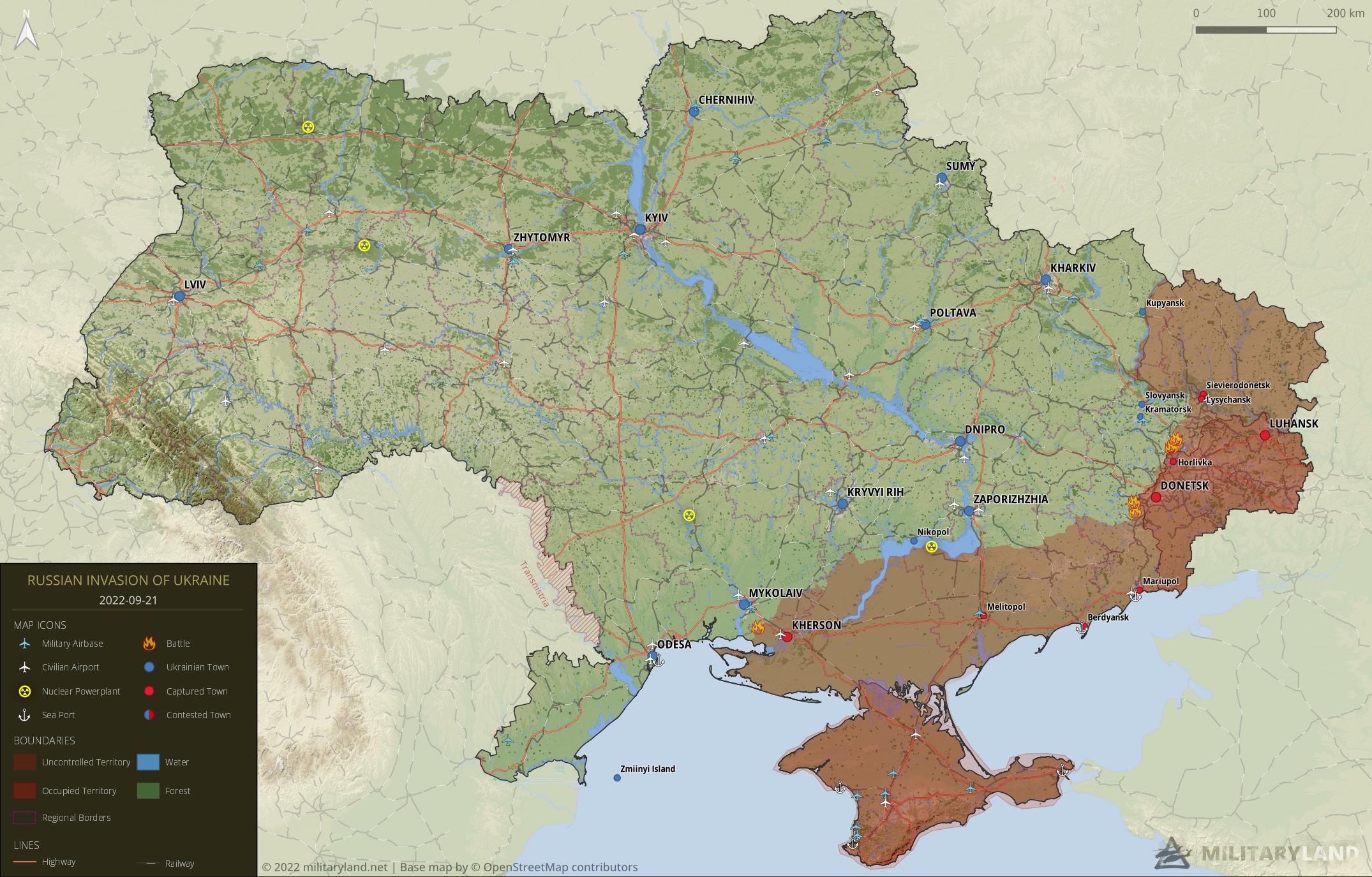 This mapping, pro-Ukrainian and Rybar mapping, pro-Russian, seems to show very close positions of front line. I guess, you and Rybar are most accurate and rest of the maps are bit of rubbish/propaganda

Reality is what it is accept that Russia is retreating and they need 300 hundred thousand men. Youtube is plenty of videos recorded in the retaken land.

The 2.1 million servicemen are mostly reservists that have not had military training for 1-5 years, It is true that Russia doesn’t have all of its forces in Ukraine, but that’s because otherwise NATO could attack and neutralize its nuclear launch sites in the Kola peninsula. Russia is not drafting new men, its calling back reservists that served in the few past years.

No, Russia is sending everyone they could find to the military, not just reservists. Including people who are protesting against this war, homeless people, any men.

And they don’t have 2 millions trained reservists. At most, they have 100 000 (and that’s a very generous number). All the other reservists have not received any training since they left active service.

Why would Russia send people that are not compliant like criminals, homeless people, and protesters when they could retrain reservists that actually don’t hate them, Russia would be setting their units up to surrender as soon as they get attacked just like what happened in Kharkiv oblast 2 weeks ago. I know that reservists don’t get refresher training in Russia after they finish their service.

yeah … really seems like they shouldn’t need to draft anyone then, right?

@Rybar after spreading and “mapping” of “2 Special Ukrainian Forces assaults on ZPP” he lost all his credibility. Still worth checking from time to time – he reflects well some of Ru imaginations.

Vladimir, when I was in Ukraine evacuating Ukrainians (and ethnic Russians) from the front for Refugease and Vostok SOS (we have two vans still doing evacuations and supply delivery (food and medical aid)) our people who were telling us where to pick up (Sievierodonetsk, Lyman, Svyatohirsk etc etc) used a variety of sources but mostly this site. Our lives were at stake and they used the BEST tool.

What the hell are you talking about Guy? If you were working there for Ukraine, then you should have access to Ukrainian real-time military maps not some internet guesses. Complete BS story

I wasn’t working for government or military, I was working for two charities. The military don’t give classified information to all and sundry. Yours is a complete BS comment.