Russian forces continue to focus solely on Bakhmut and its nearby vicinity, where they’re having a minor success, but at large cost. 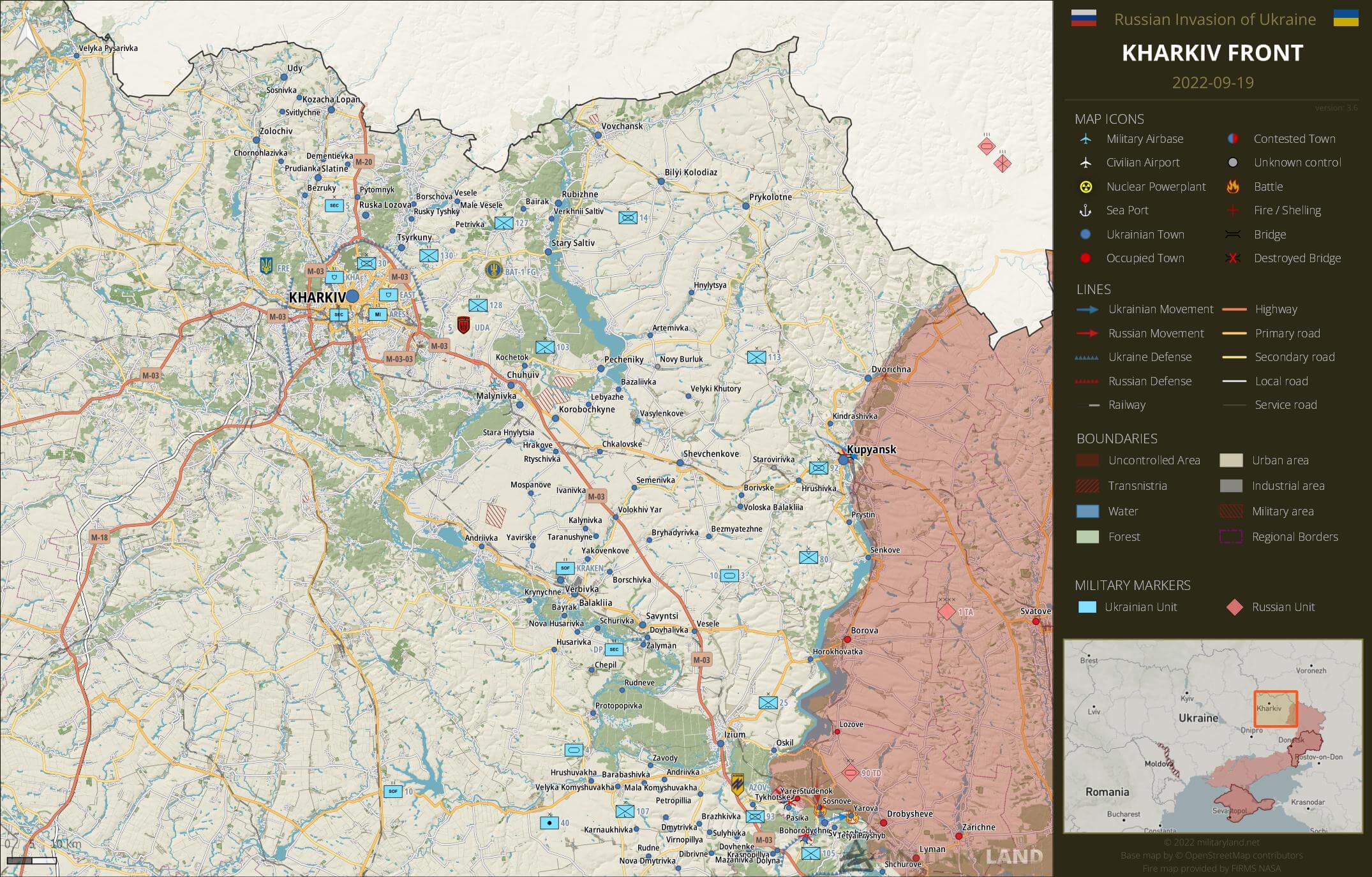 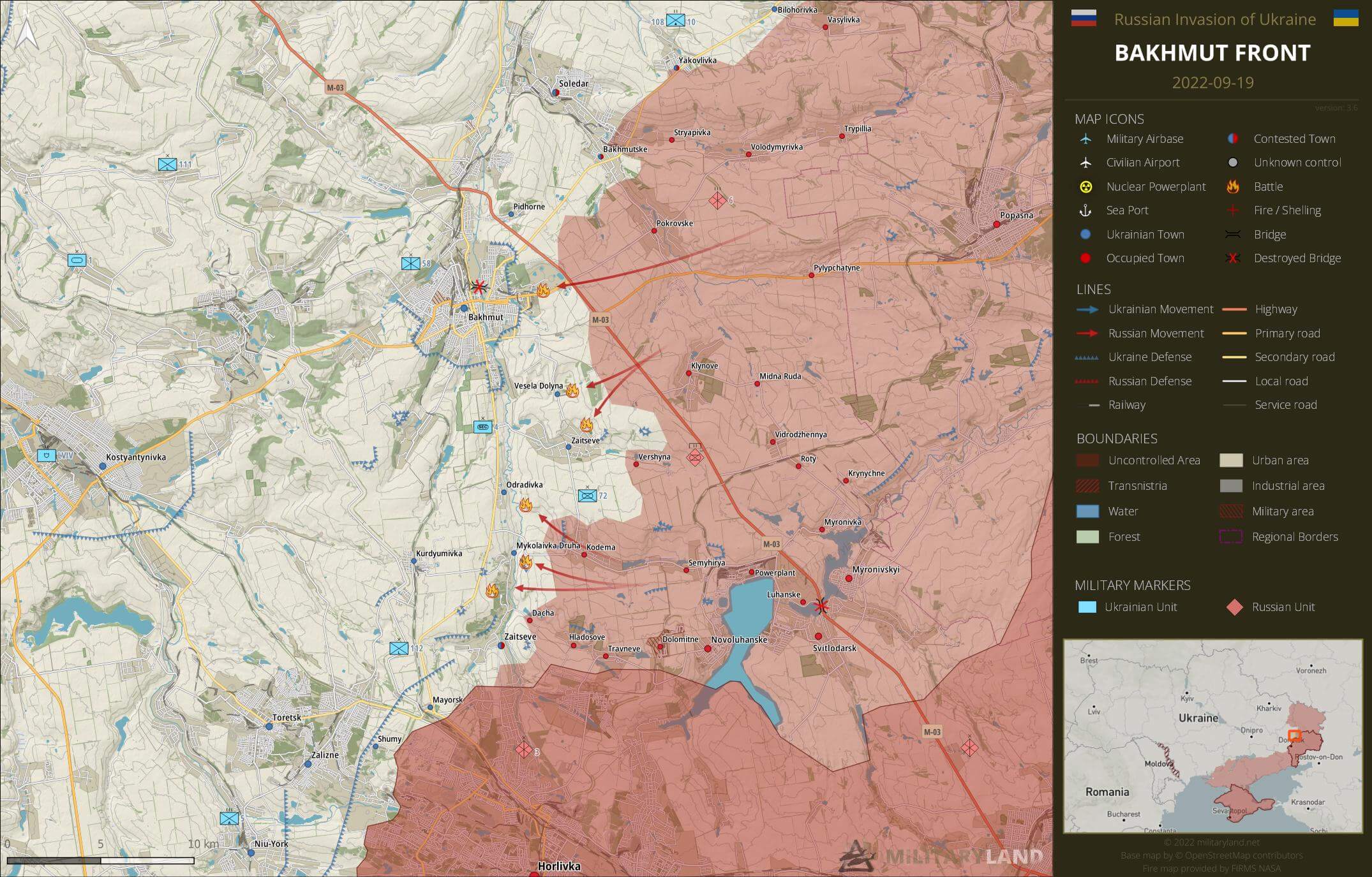 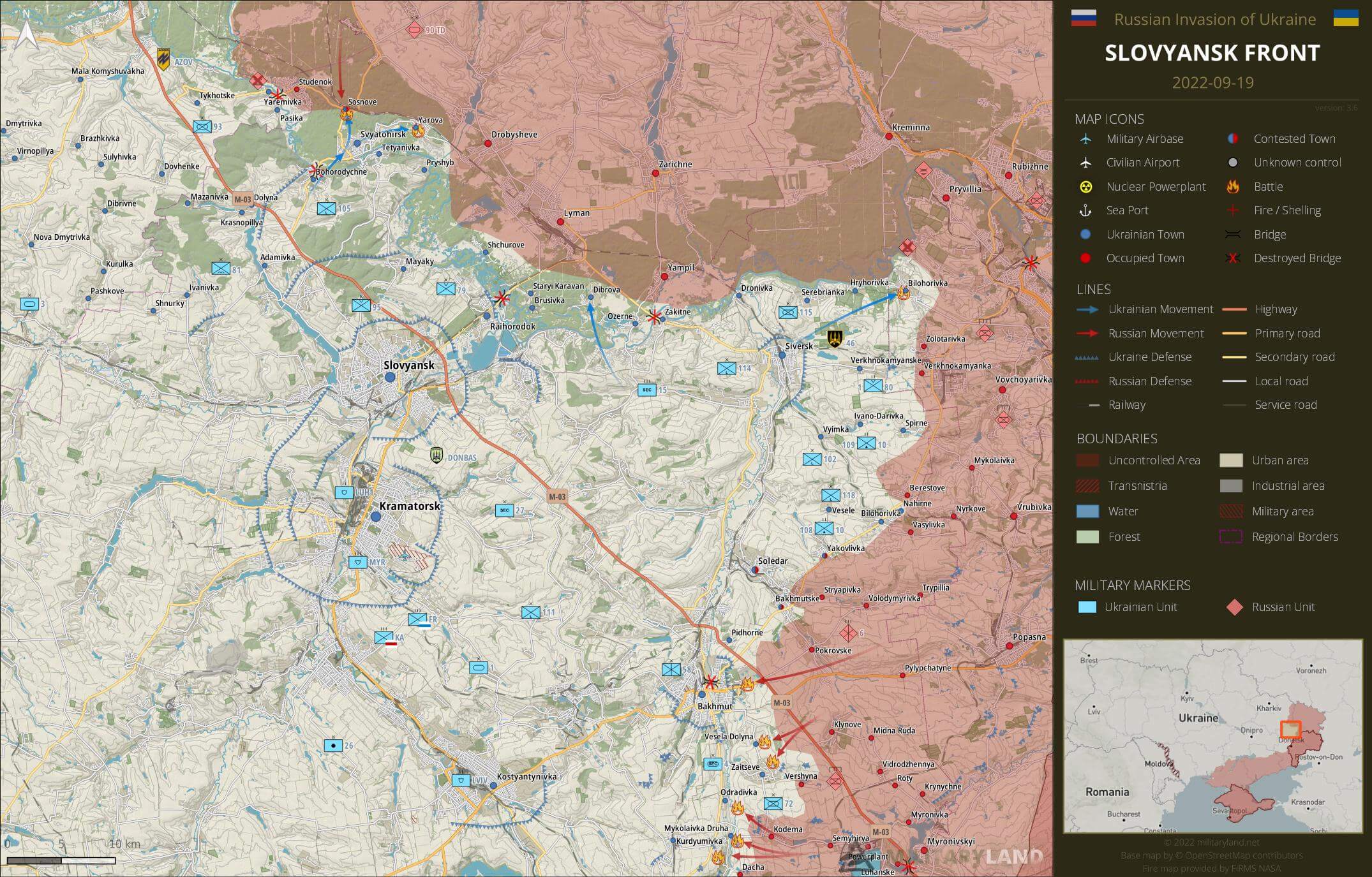 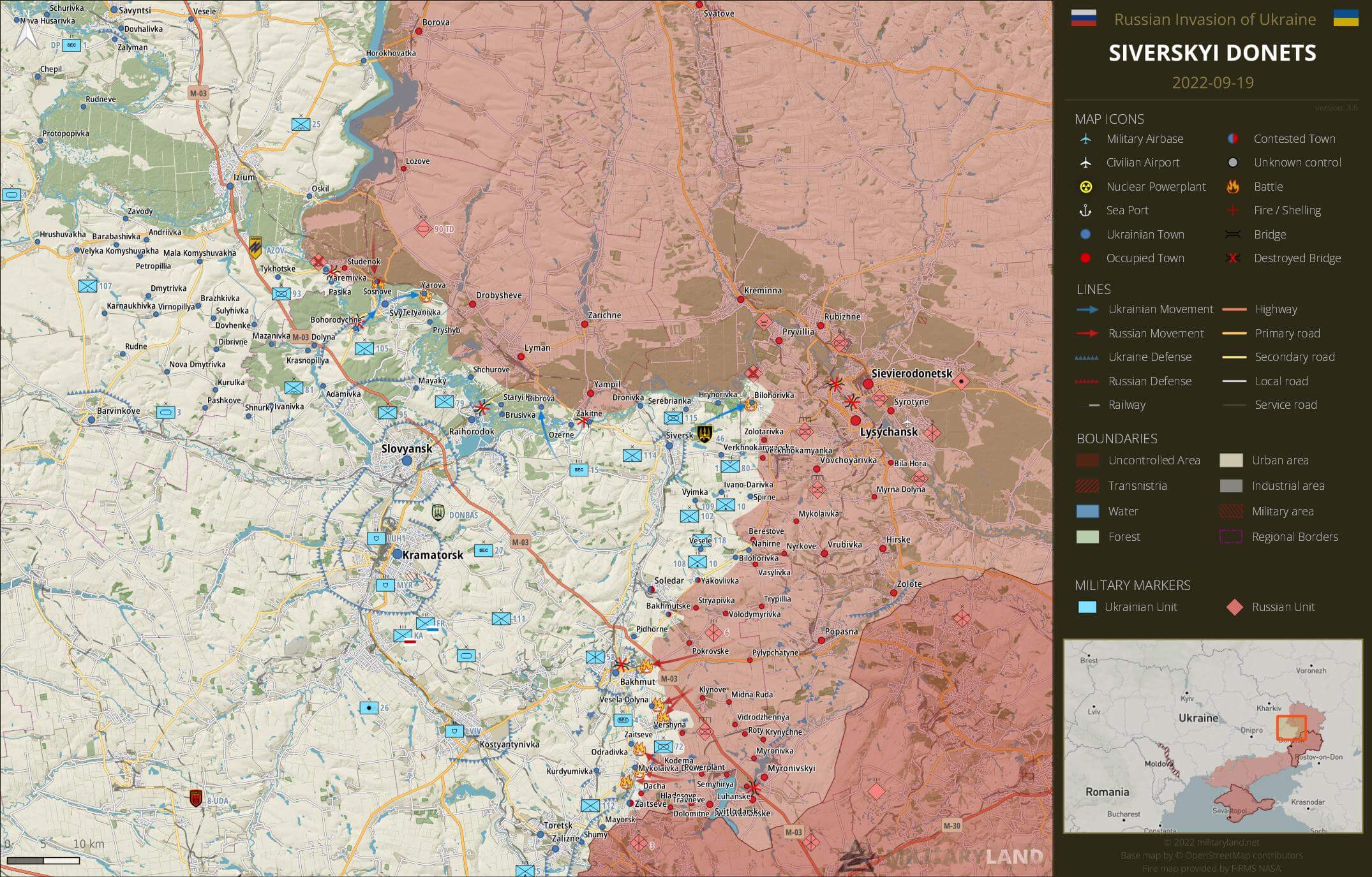 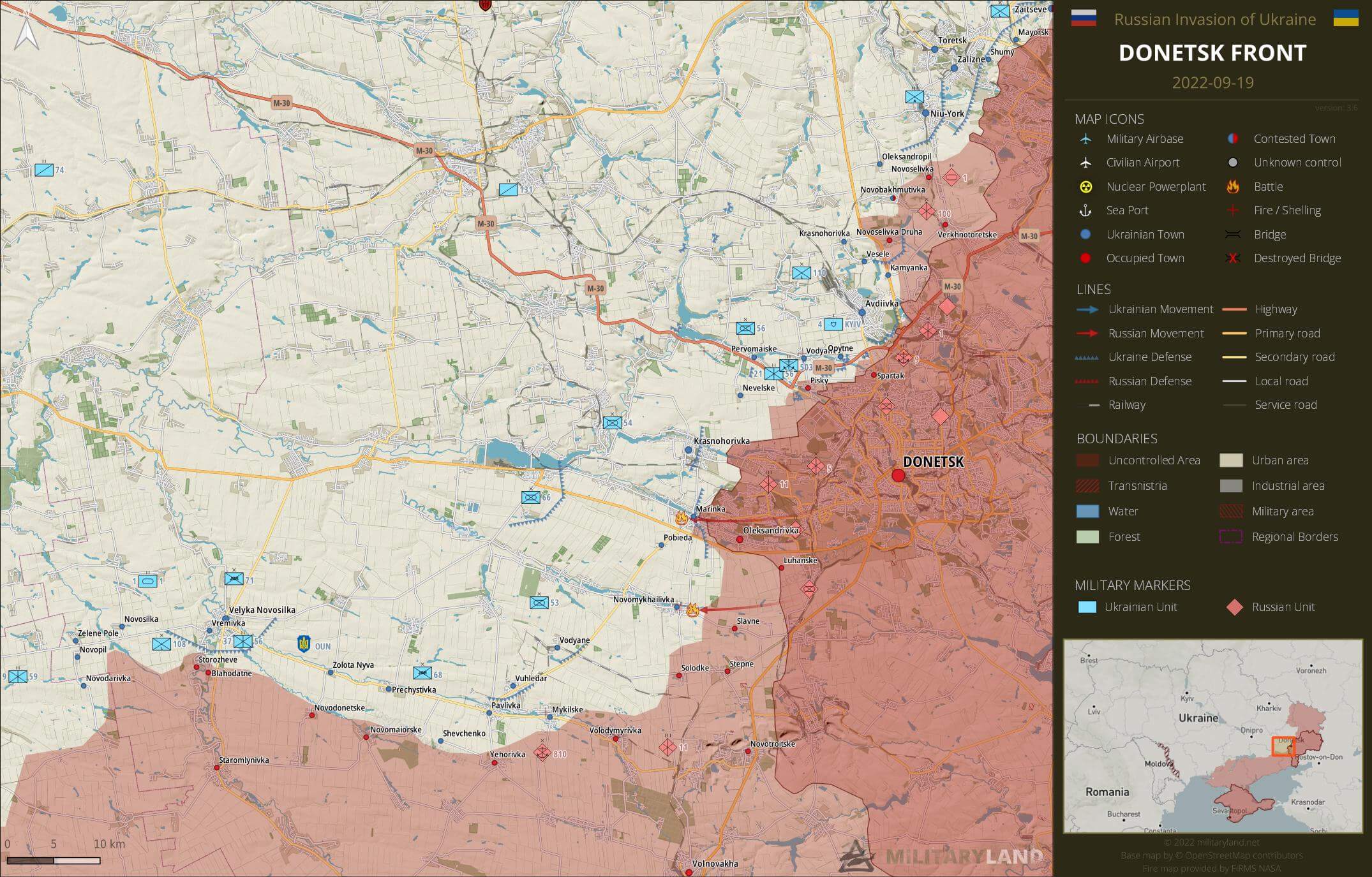 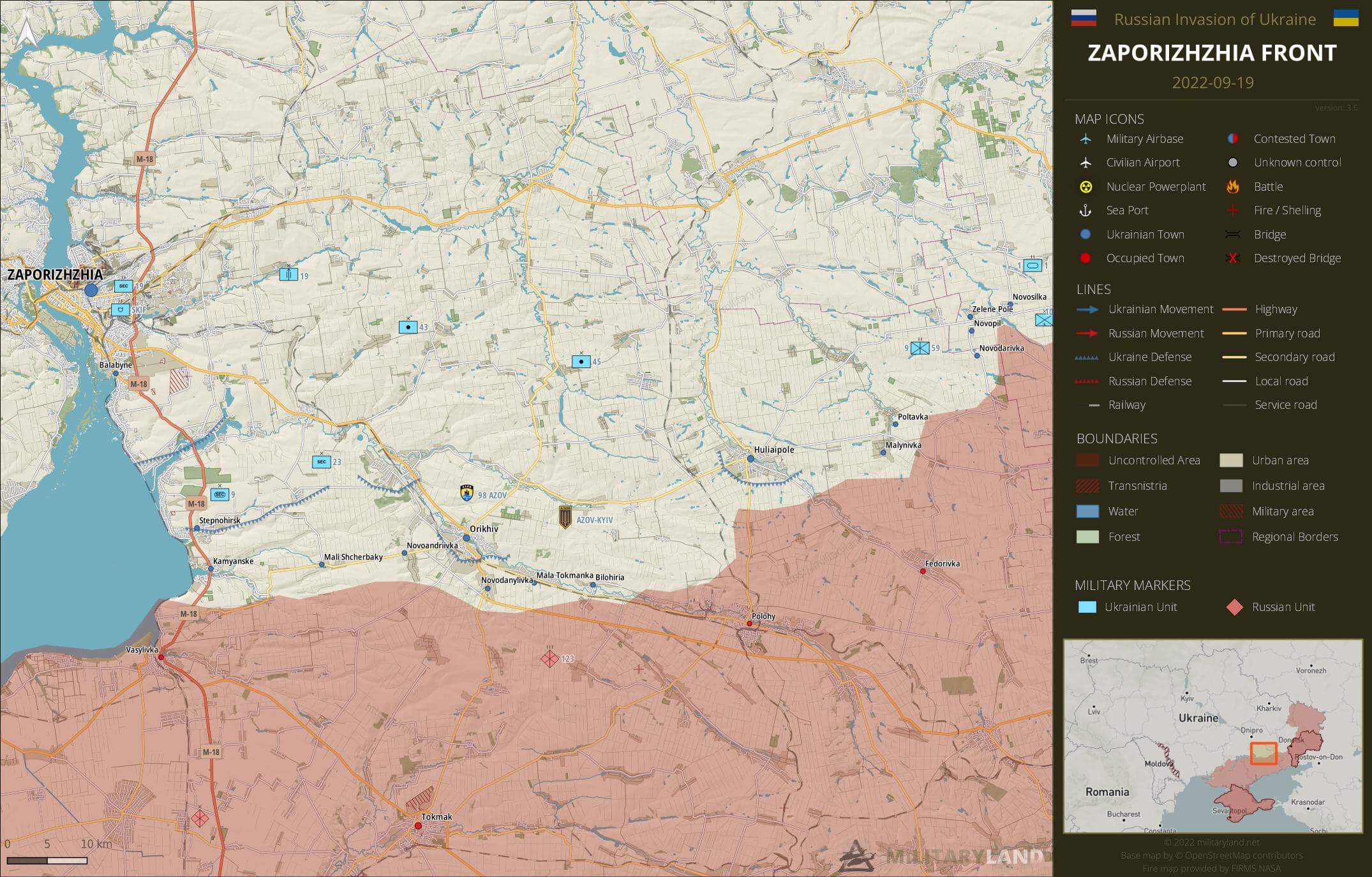 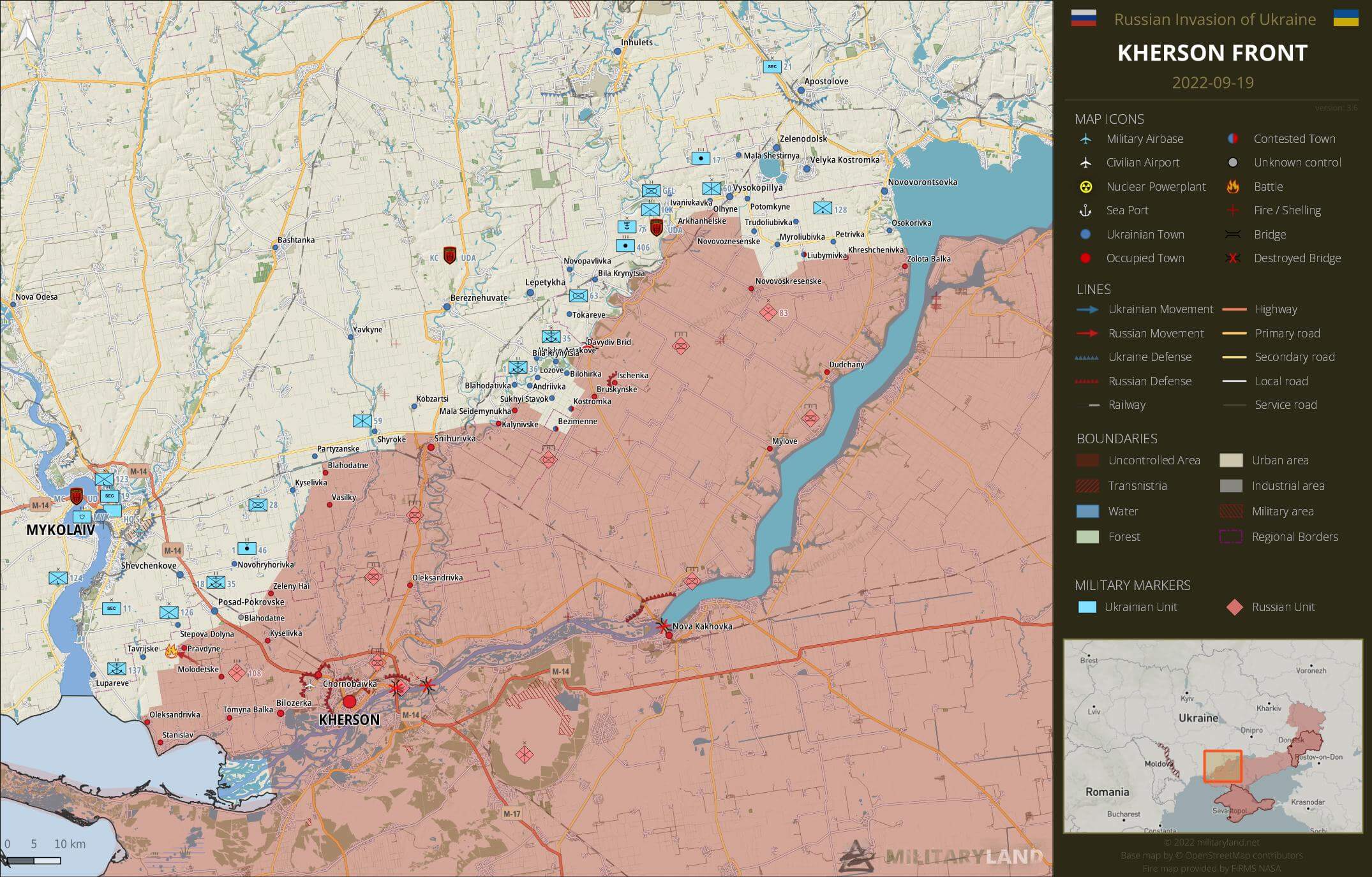 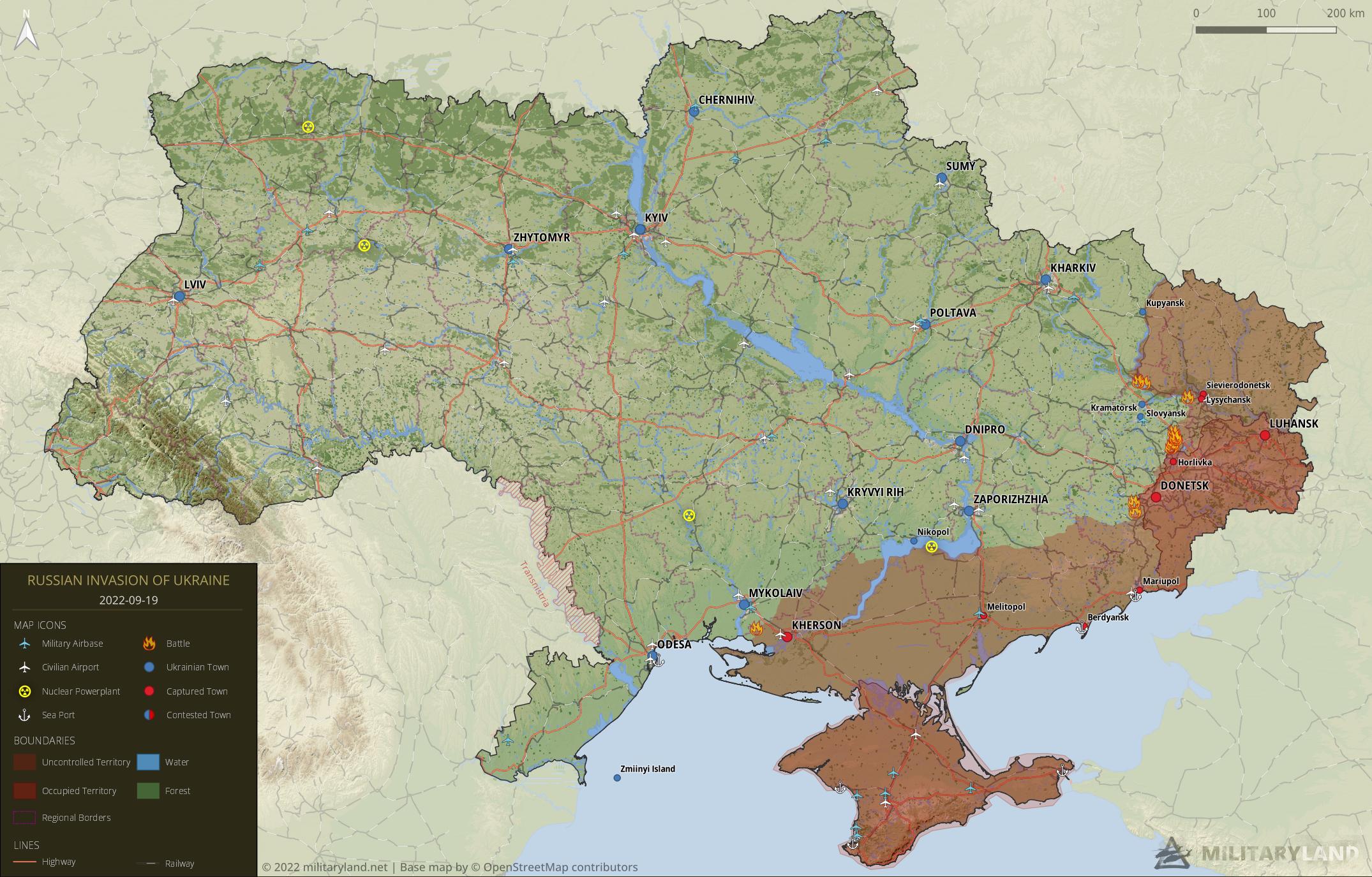 Seeing the news today about the partial mobilization. 300,000 people to be called up. But: what equipment will they be given? I’m sure the Russians can give them guns… but what about tanks? Artillery guns? Armored vehicles? (Is this where the equipment gained by Ukraine in Izium and other areas really starts to bite?)

USSR leve a lot of old tanks. Artillery guns. but I’m not sure how much is Russia still keeping now.

“In the Kramatorsk direction, the Russian forces shelled the areas of Oleksandrivka,…”
https://www.ukrinform.net/rubric-ato/3575130-ukrainian-missile-and-artillery-troops-strike-16-enemy-objects-over-past-day.html

Hard to believe that Studenok and Sosnove are not liberated if the area of Oleksandrivka is shelled.

“Pravdyne is marked as contested for the time being.”
It is marked russian.
Nice to have you back!

Ha, damn. Removed the line to make it consistent.

Mala Seymedynukha (Kherson) was reported at least contested if not secured
Some Ru sources are adamant that the Ukr made crossing in the Bilohorivka (I think it’s just PTSD), they are at the same time denies crossing and securing E side of the river around/in Kupiansk (but @Rybar acknowledges)
Yatskivka was reported liberated Ru had left Studenok (Kharkiv/Izium area), Krymky (probably) ->>

->>
and Oleksandrivka (atm, combat in progress) are contested. Sosnove was also reported liberated.

Good to have you back!

Please provide the links and visual confirmation if possible.

Great you are back from vacation!