Ukrainian Army has launched an offensive in Kharkiv Oblast and liberated a number of settlements. Russian forces were likely caught off guard and the initiative is on Ukrainian side.

Ukrainians also continue with its offensive in Kherson Oblast, where they liberated one settlement and local offensive is also reported from the Siversk area.

Russian forces captured the remaining parts of Pisky settlement and continue to unsuccessfully attack Ukrainian positions in the vicinity of Bakhmut.

Note: We have a new front – Kupyansk. 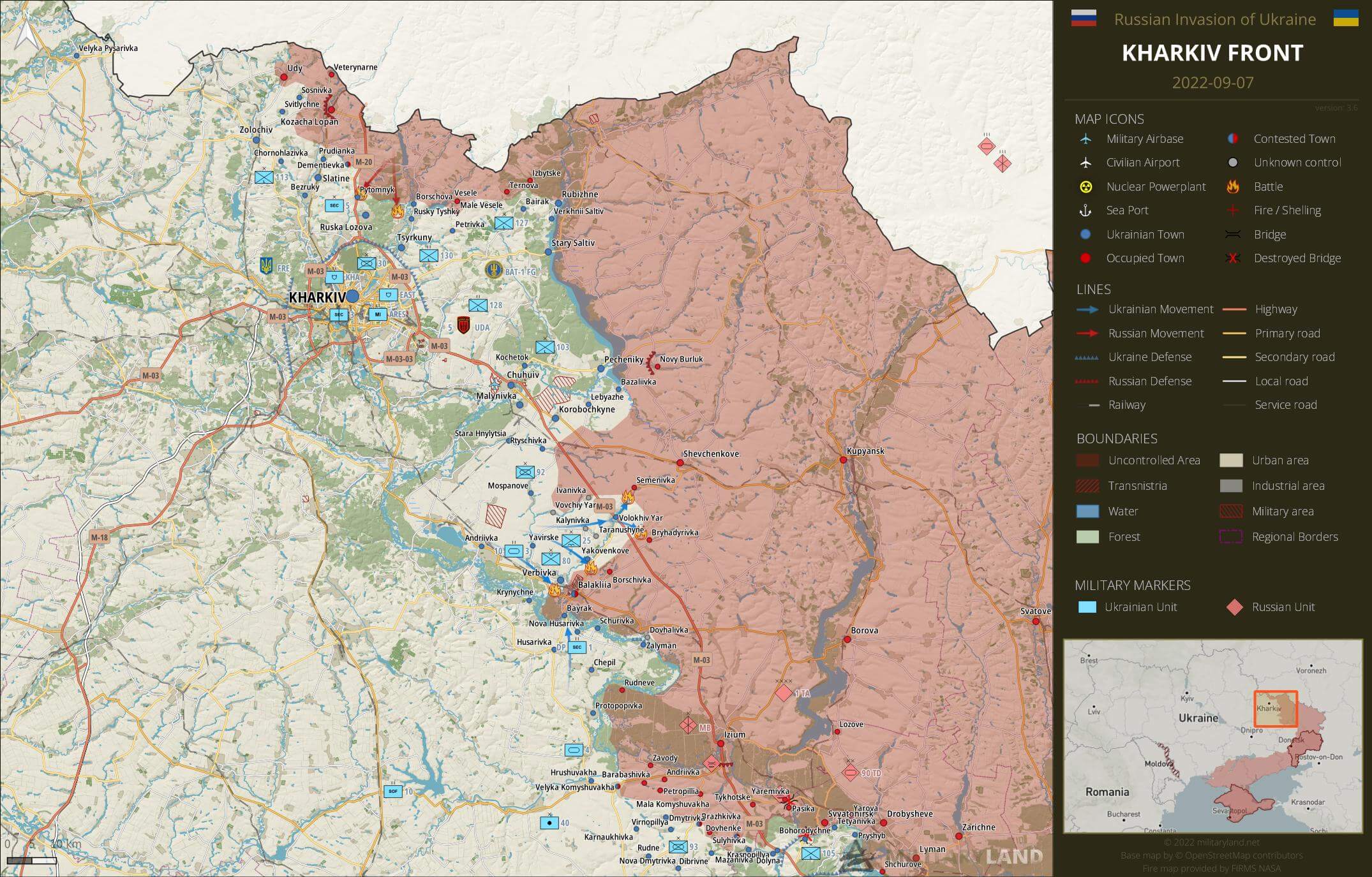 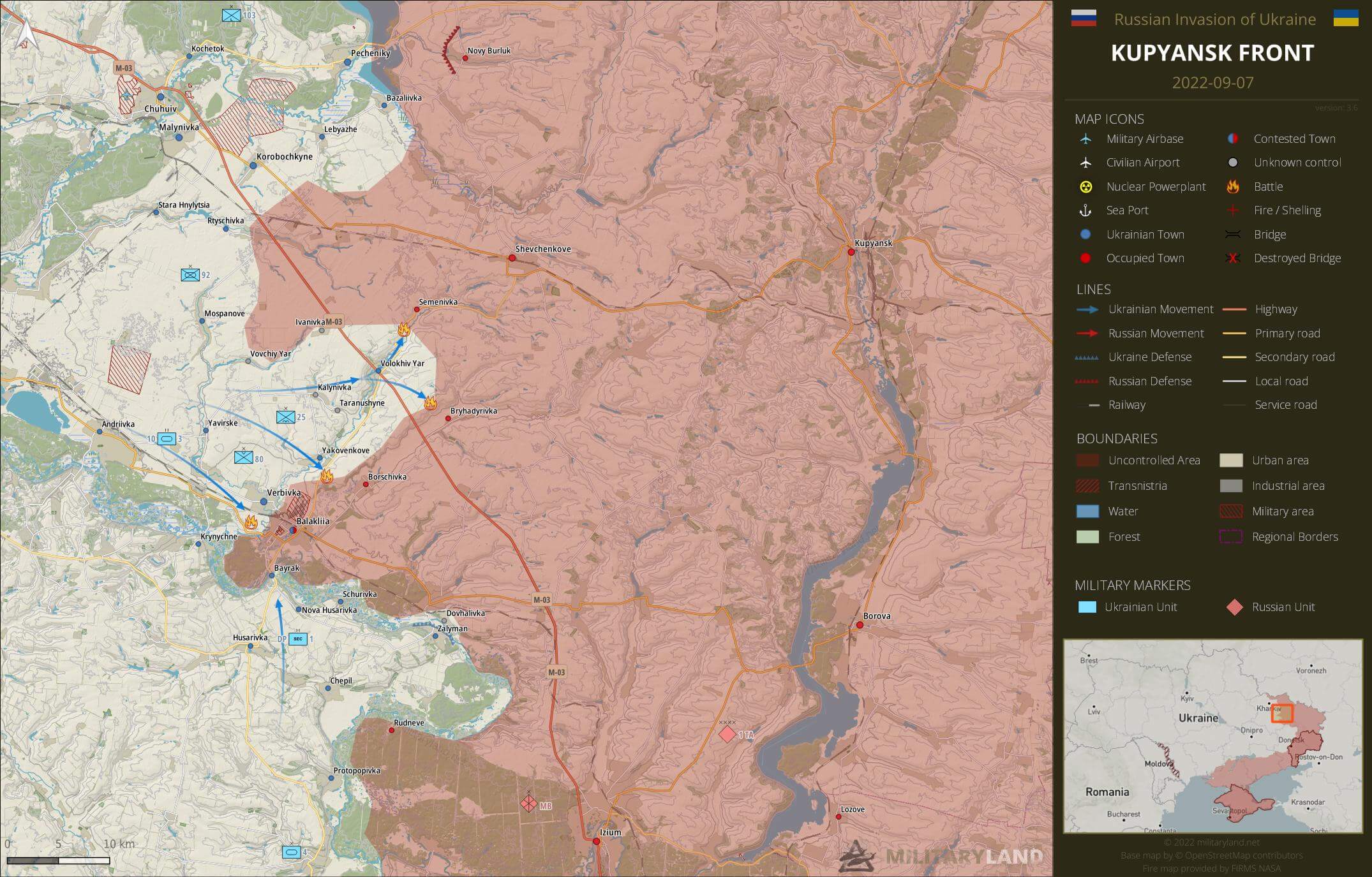 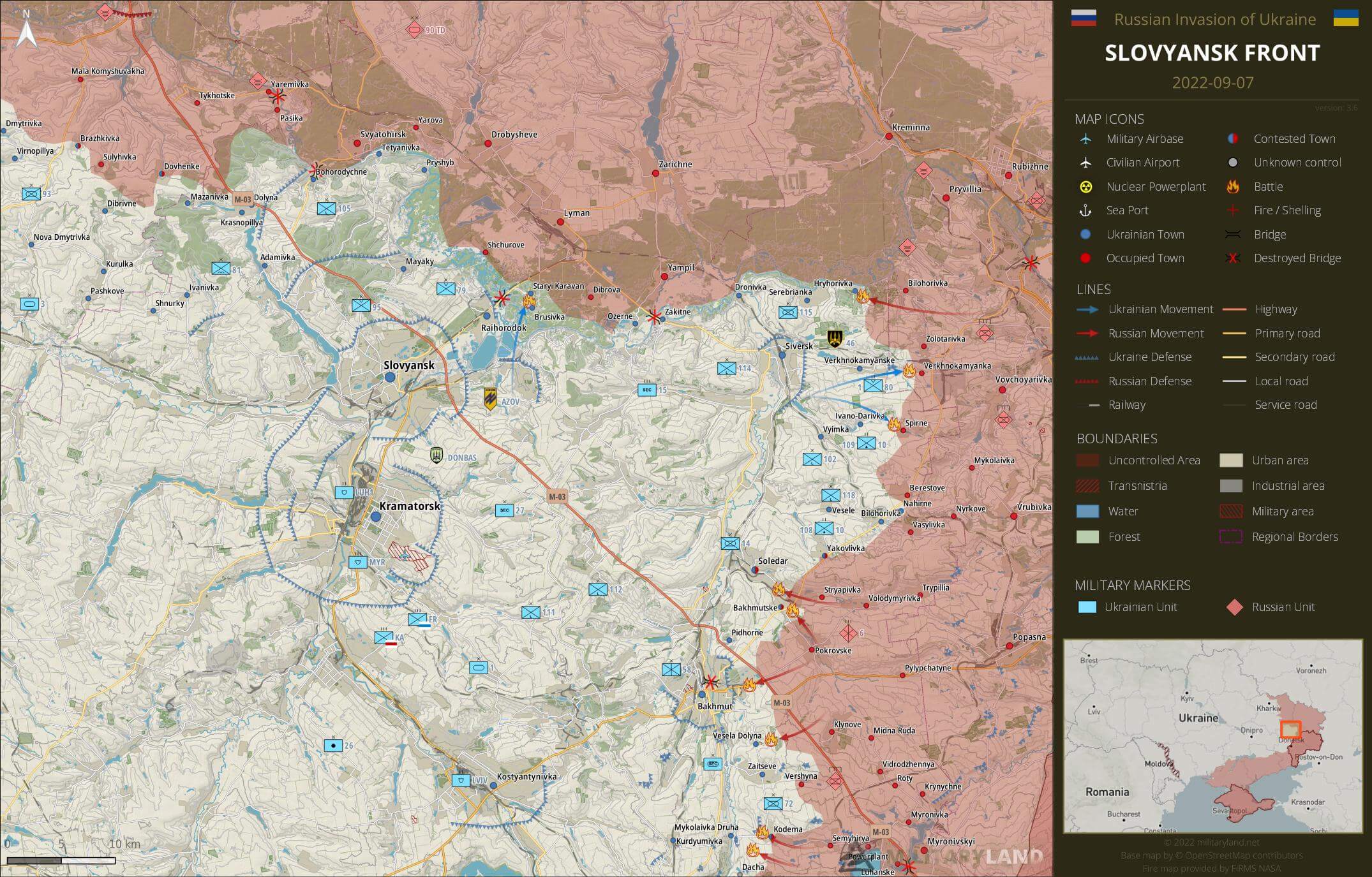 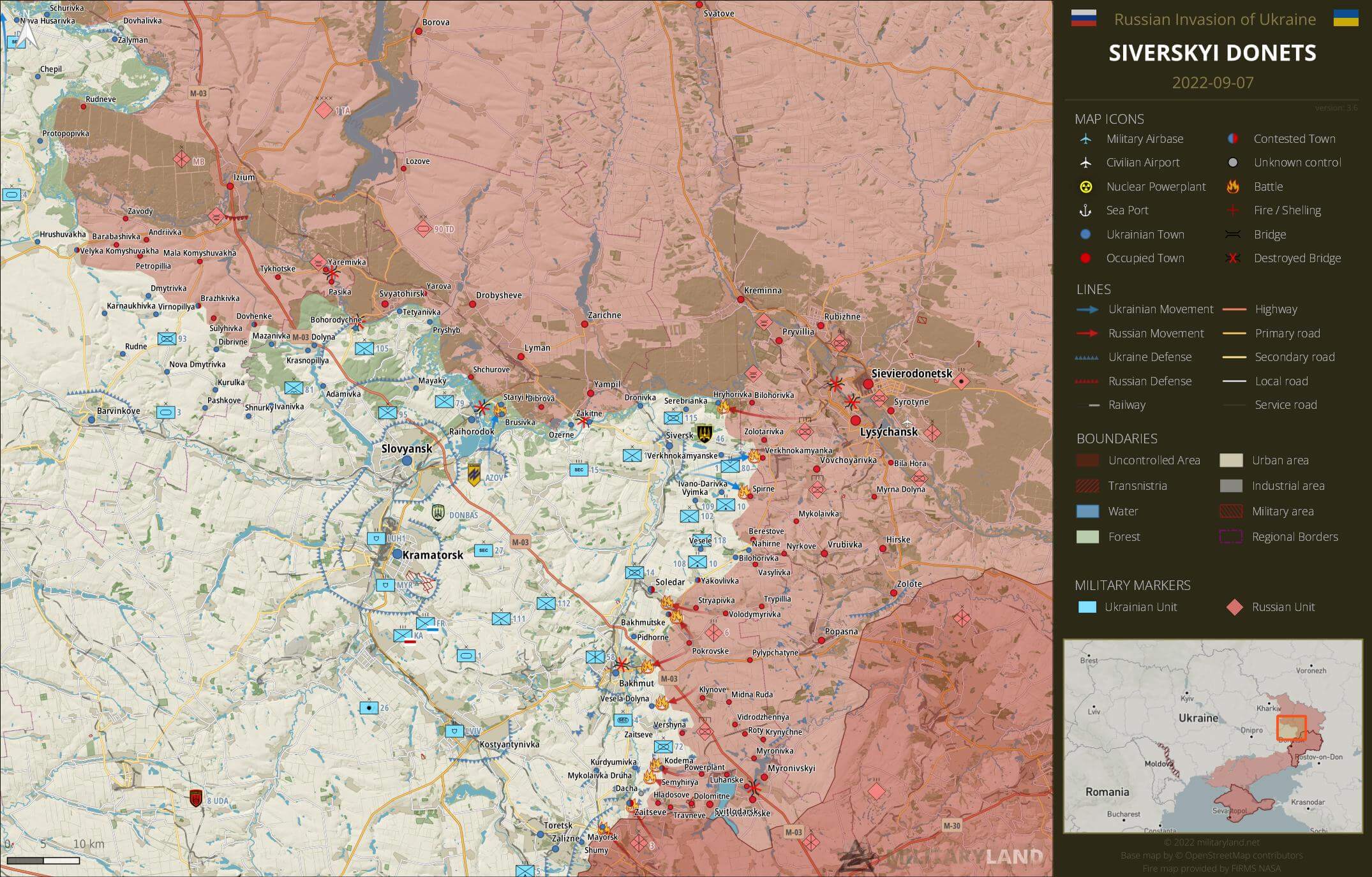 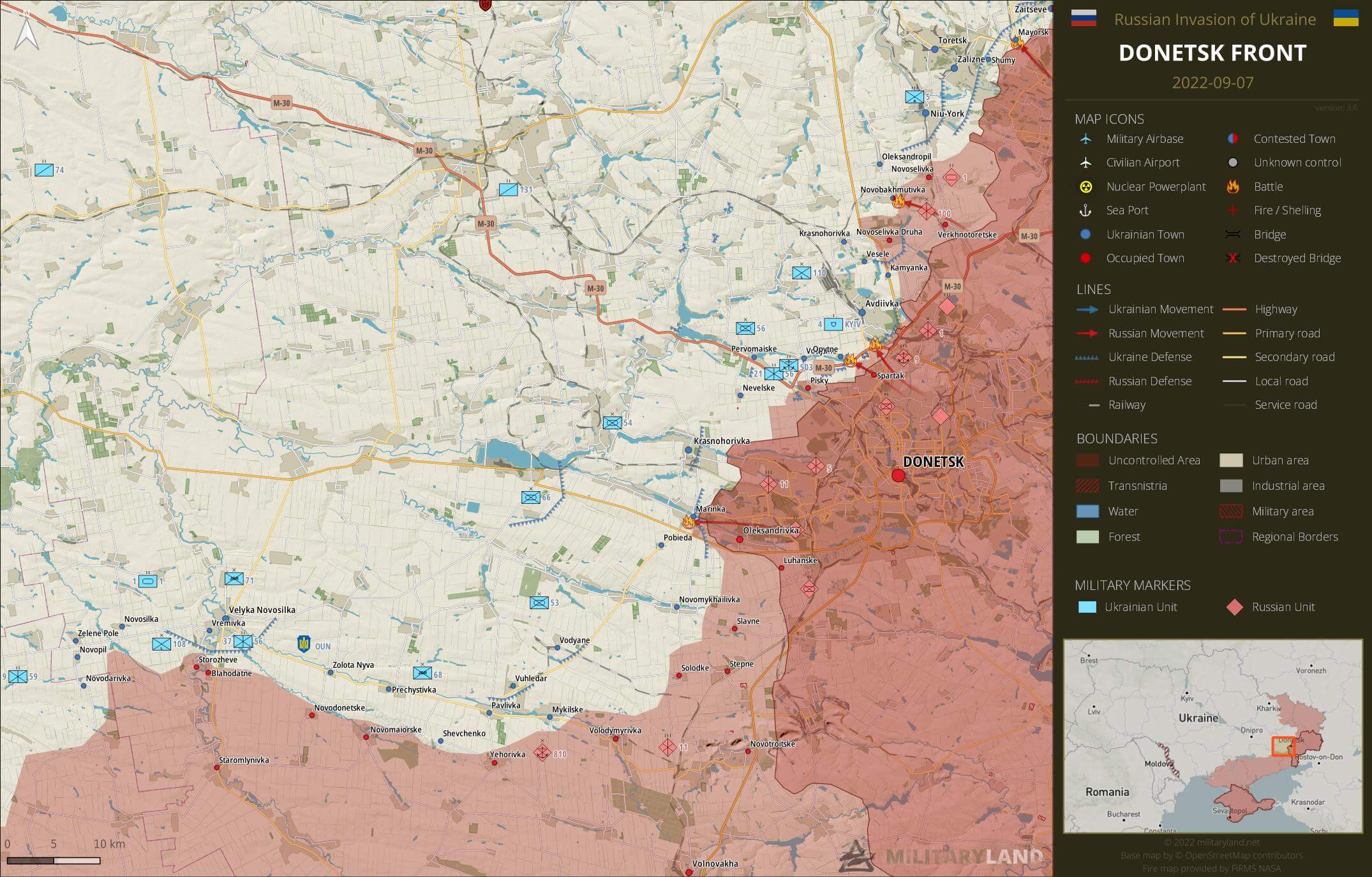 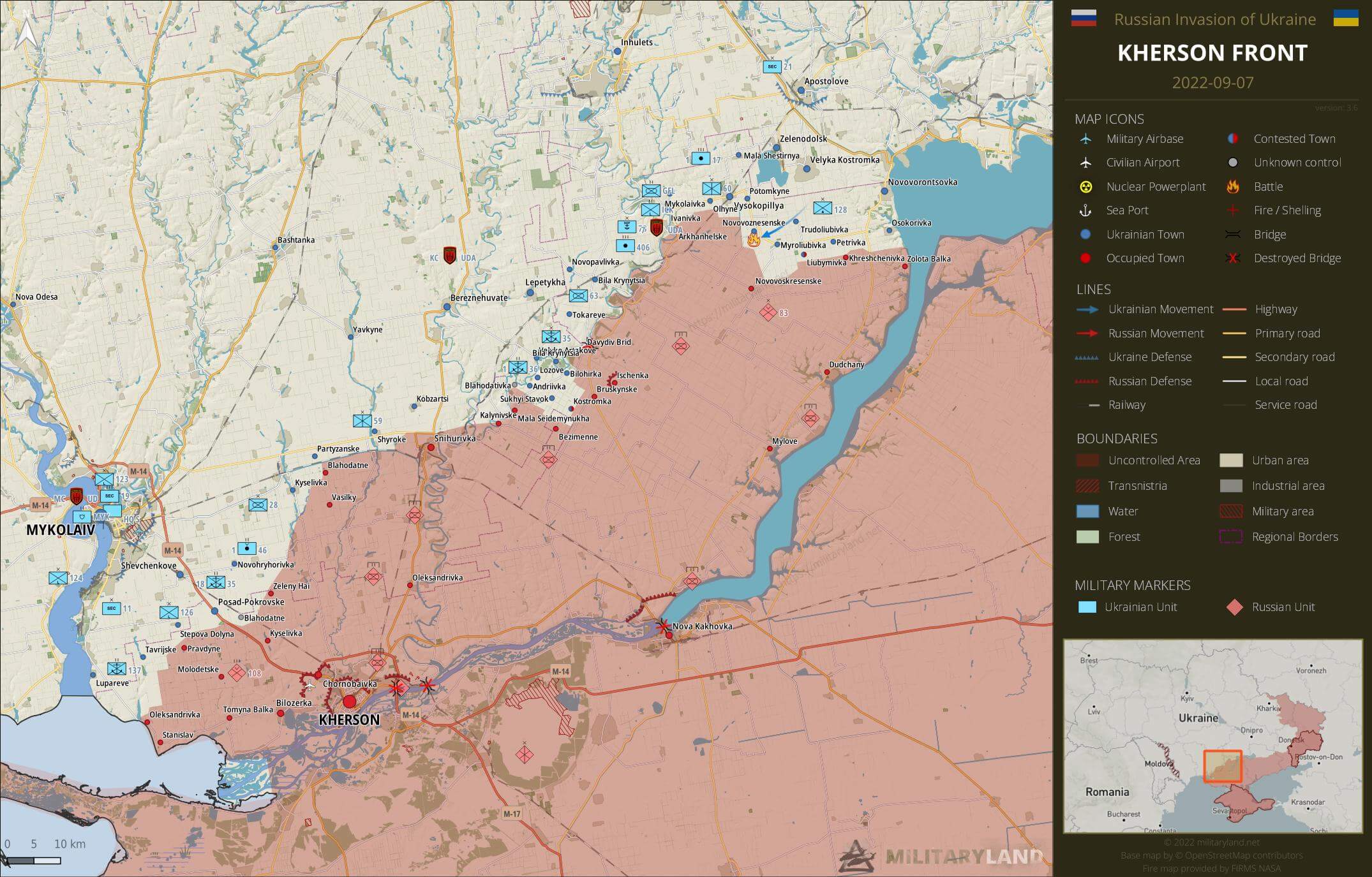 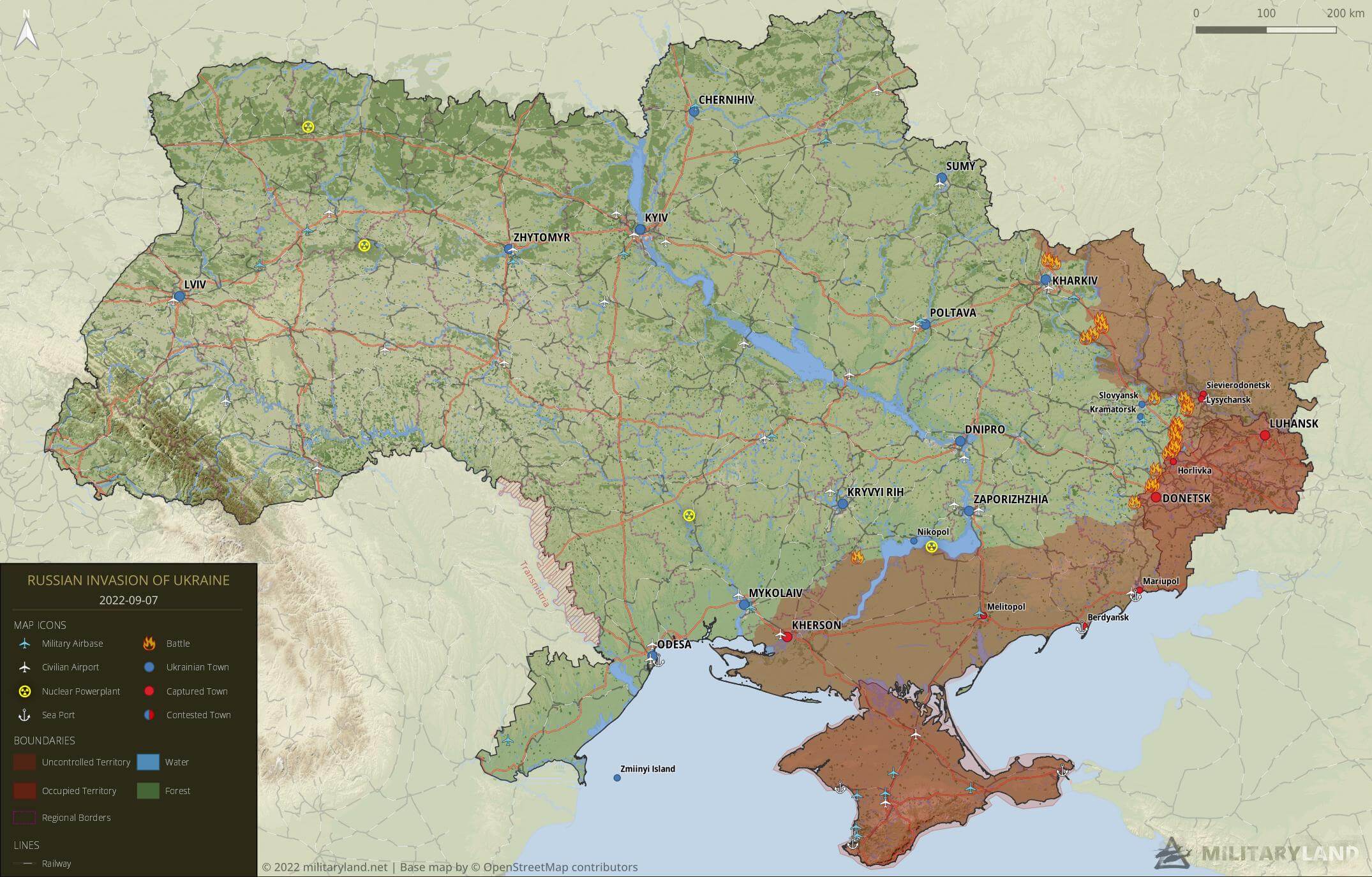 Now we have only and truthful information about what is really happening in the Kharkiv area.
It was all planned from the start! [ https://twitter.com/wartranslated/status/1567916735054991360?cxt=HHwWgMC-5dP9rcIrAAAA ].

(the ‘treason’ and ‘knife in the back’ is circling also, Ru trollfarms’ overseers still did not manage to compose new exciting narratives)

Thanks! Seems to fit

BTW, is the alleged takeover of Vremivka and Novopil by the RU army (Zaporizhzhia oblast) another virtual victory?

IIRC only @DonbasDevushka ‘reported’ this and this is ‘supertroll’ account.
(but I may be wrong ofc. there is a lot of noise I might miss smth)

Last edited 4 months ago by Noelle
0
0

what strikes me is that even the little bird on the branch knew about the developing offensive on Balakleya, while RU commanders were “caught by surprise”. Pretty incompetent after all.

20000 held in a strangle move in Kherson, a successful attack threatening supply lines to the izyum bridgehead and enormous losses reported. Meanwhile precission ammunition is running low, more and more sovjet stuff is showing up since the good stuff is depleted, and fresh personnel consists of badly trained volunteers and convicts. On the other hand ukraines mobilization isn´t finished and…

… this got to long, i switched to the forum.

This may be the worst day for russia apart from the sinking of the Moskwa.

Pisky is not fully under control of russian forces. Volodymyr Rehesha (Commander of “SANTA”) has said, that they are controlling the last blocks of the village.

2nd image (Kupiansk) the magnifier does not work.

Now it’s more “I saw the Winged HIMARS!” but the panic is the same.

I know about the settlements, I have them on my list, but until we get visual confirmation, it’s gonna remain on that list.

np. ty for the good job.