We have reached the 180th of the Russian three-day invasion of Ukraine. Russian forces haven’t achieved any gains yet during the ongoing offensive operation north of Slovyansk. The enemy is very slowly advancing in the vicinity of Pisky and Marinka. On the Kherson Front, Russian troops attacked Blahodatne and entered the southern outskirts.

On August 24, Ukraine celebrates its Independence Day and Russia forces plan to hold a so-called tribunal with Azovstal defenders in occupied Mariupol. It’ll be a day worth watching, make sure to follow us on Twitter for the latest news. 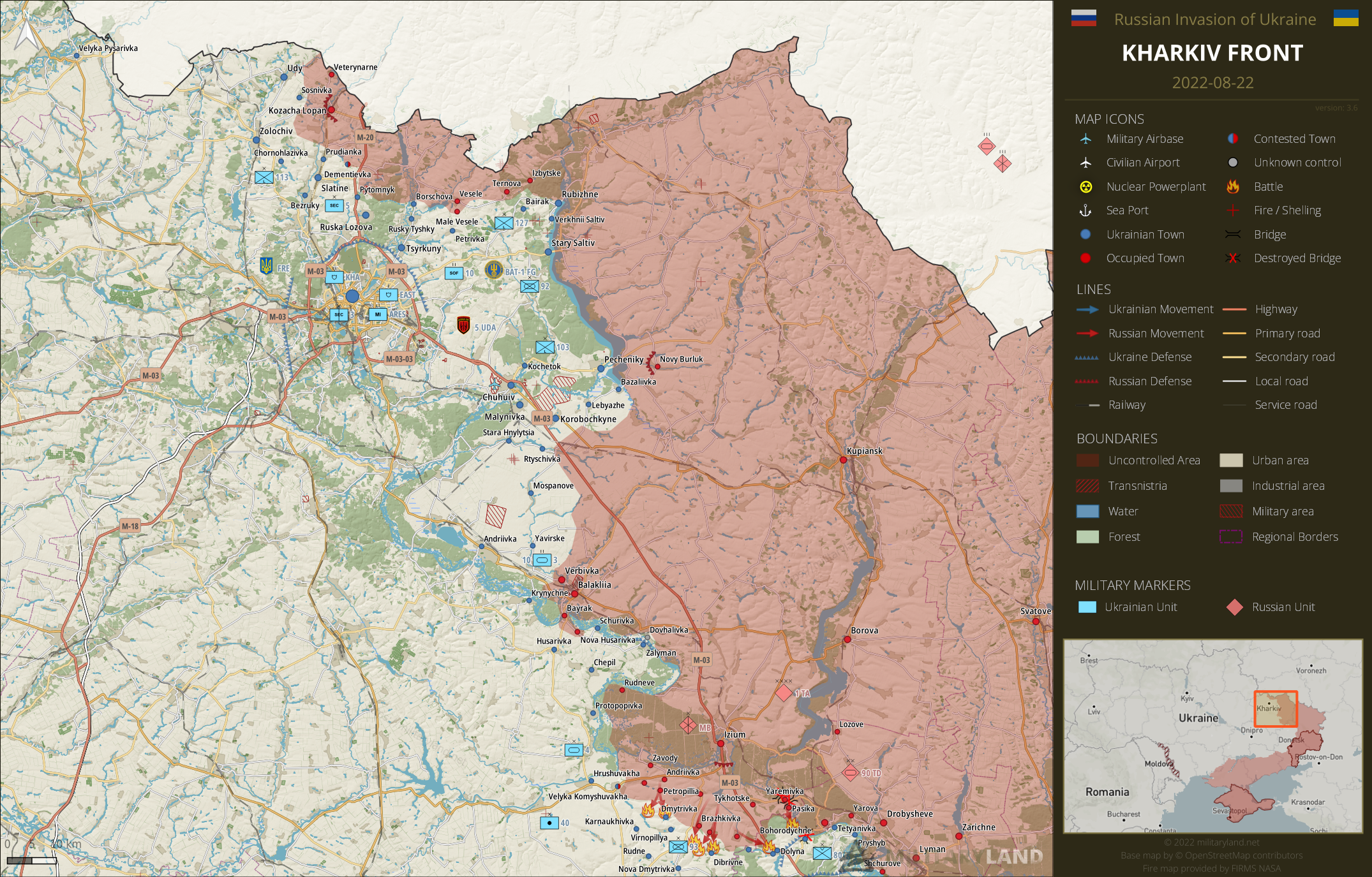 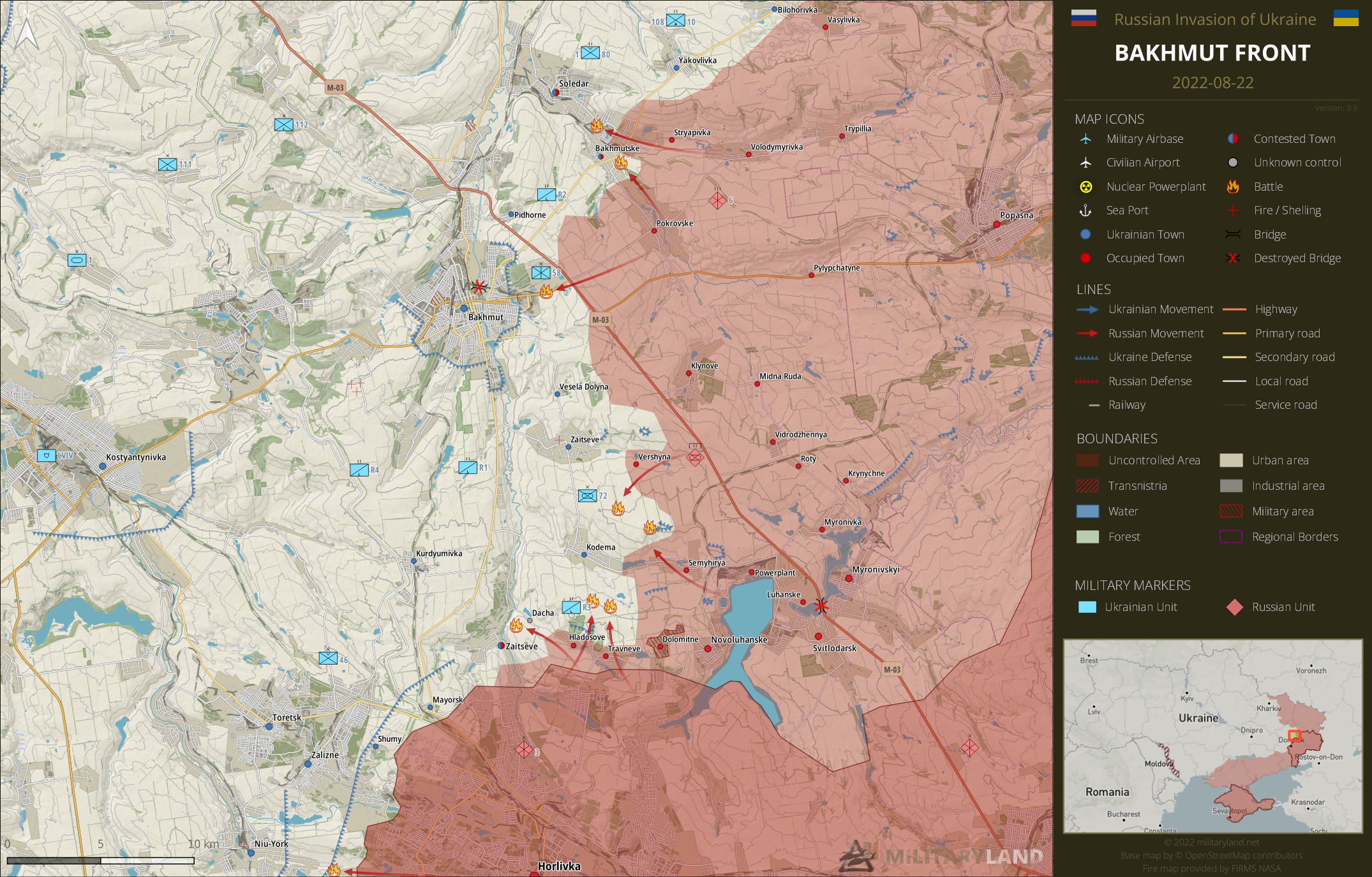 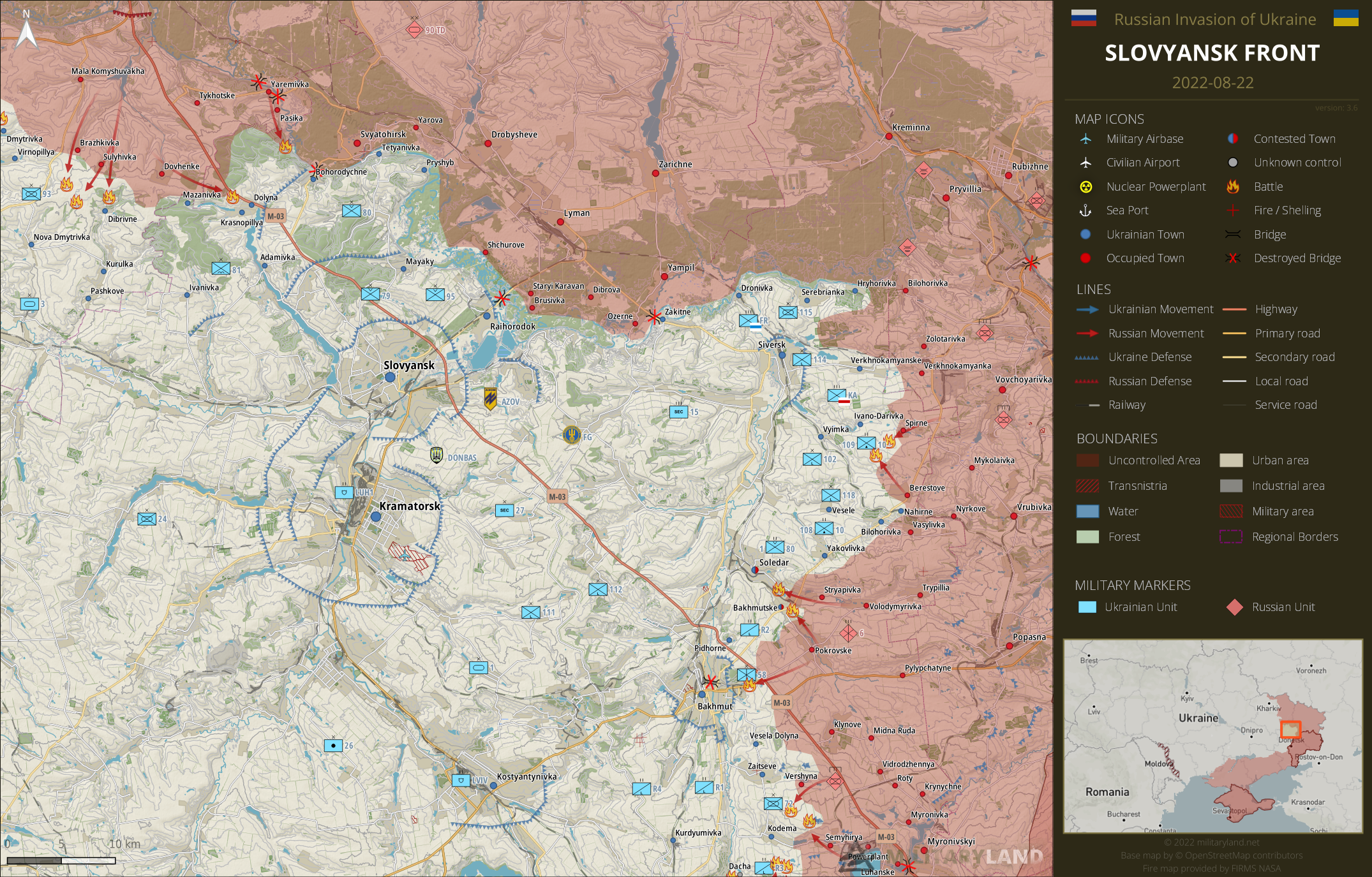 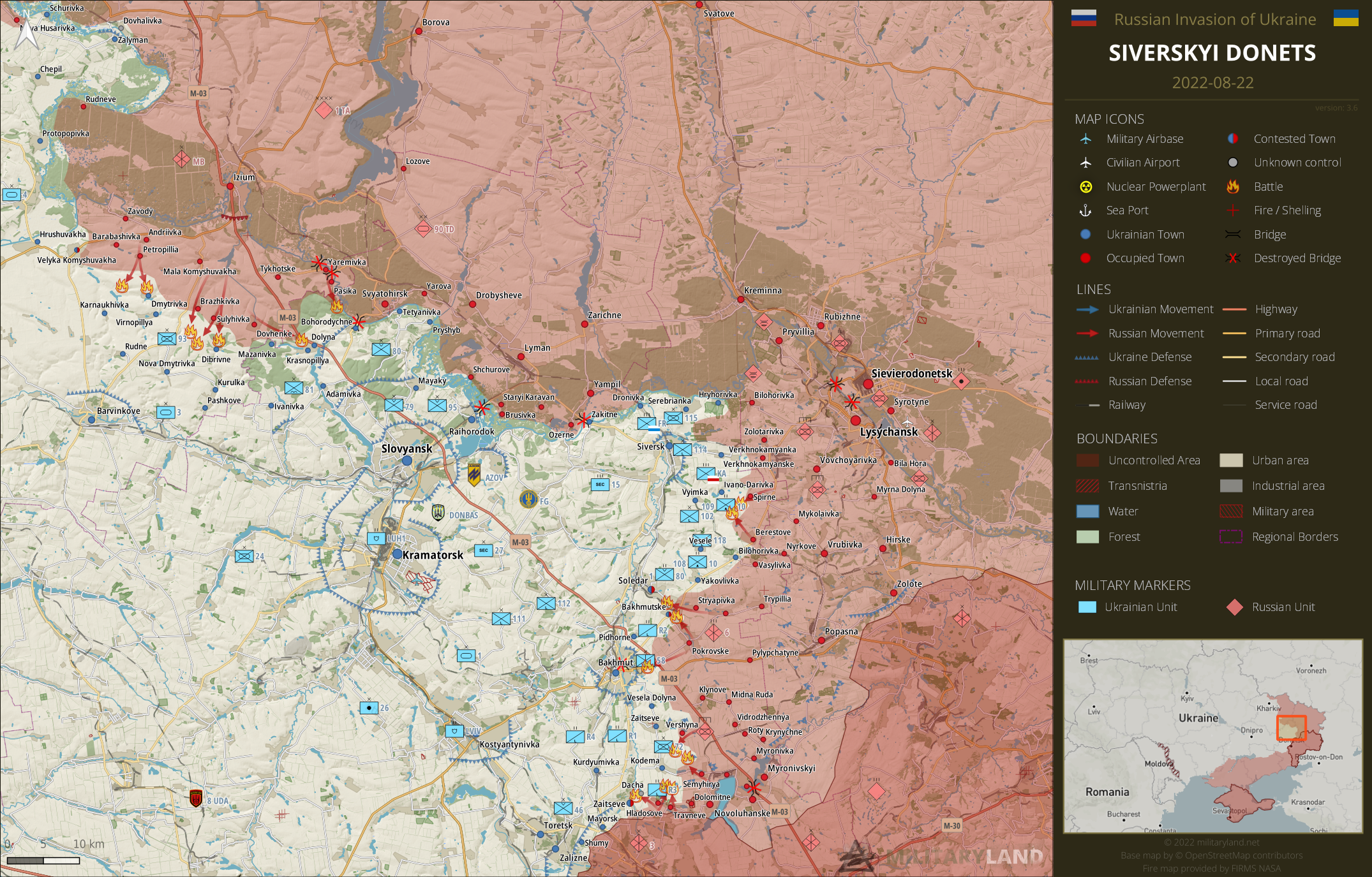 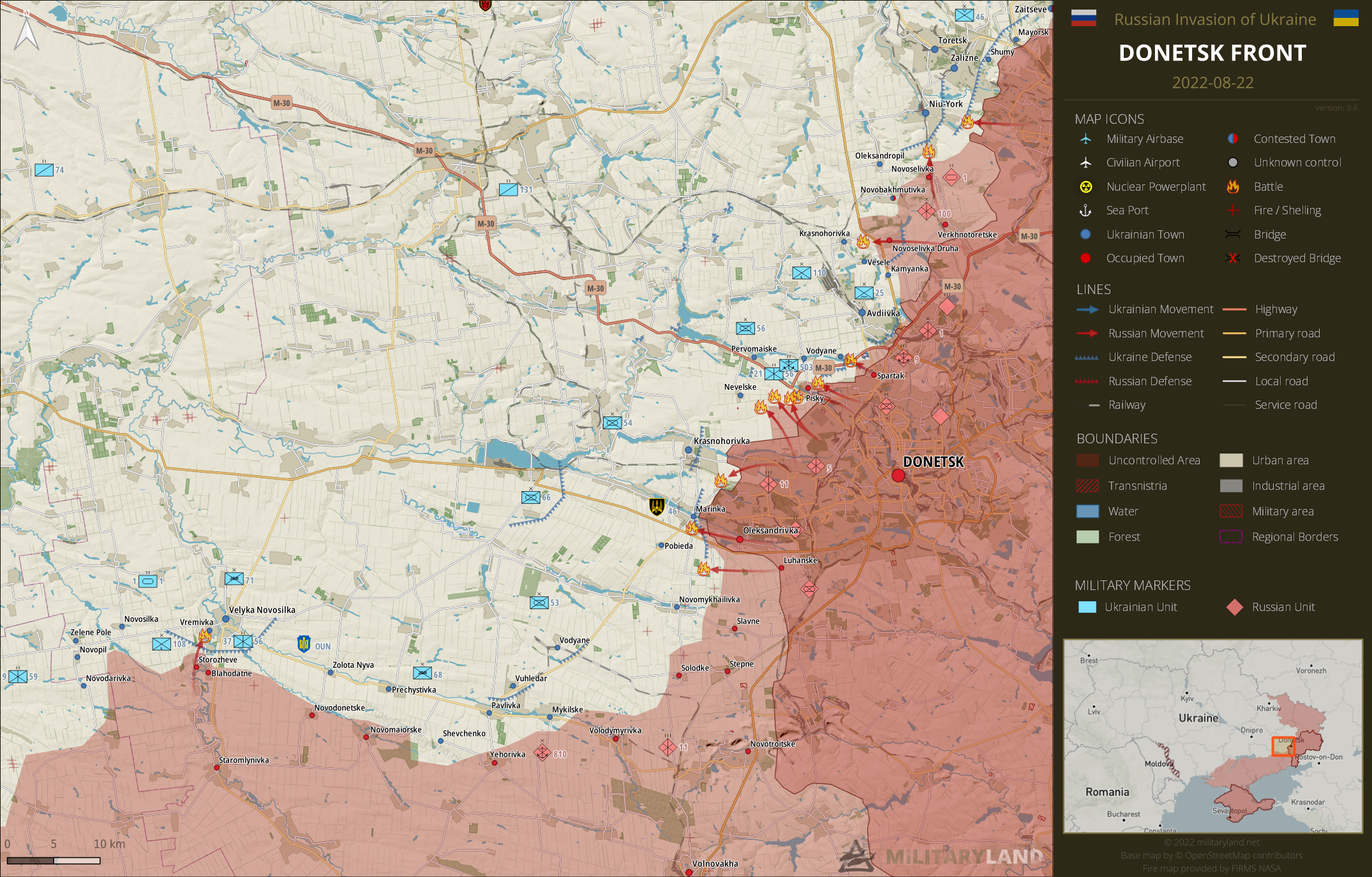 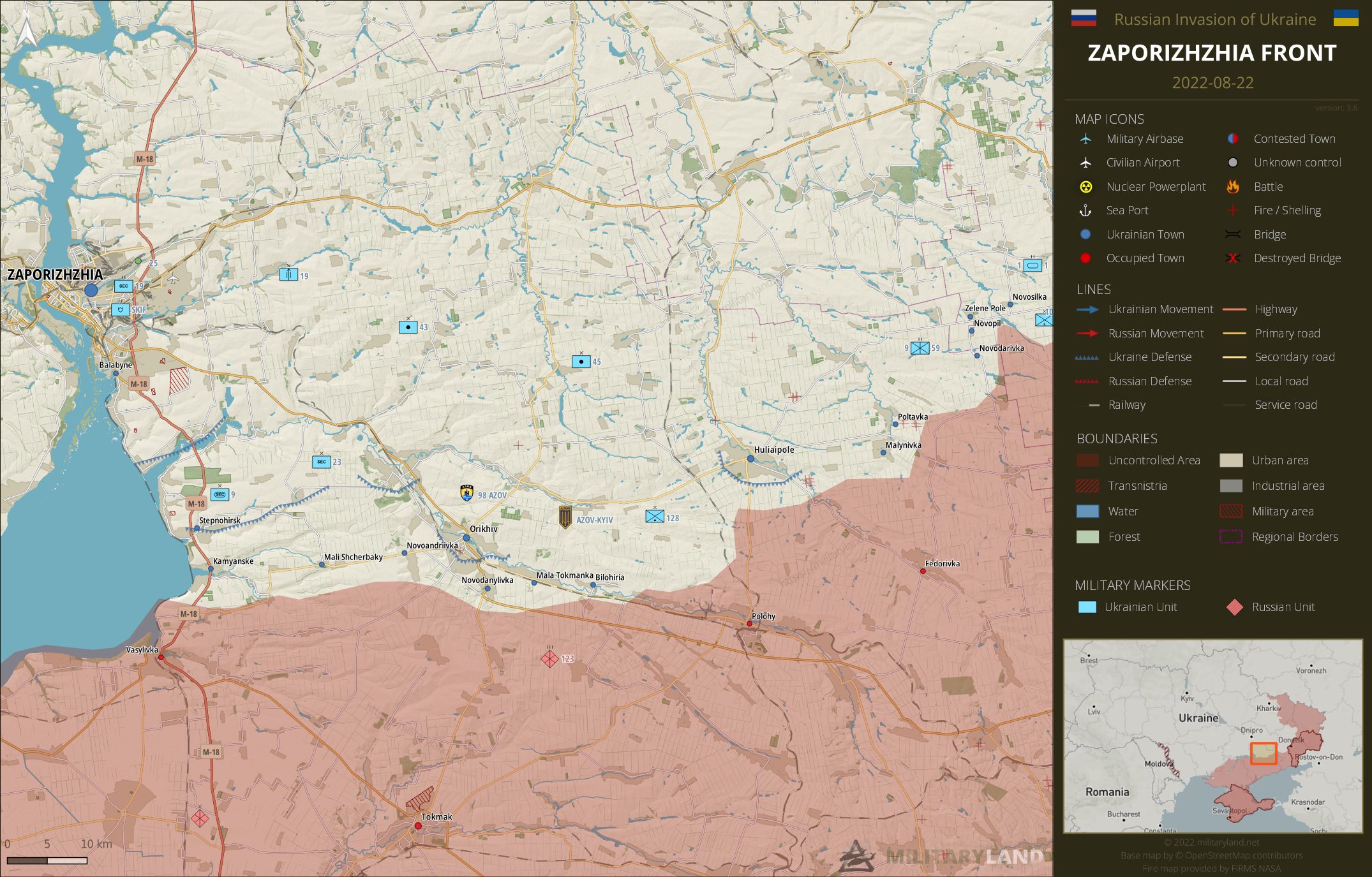 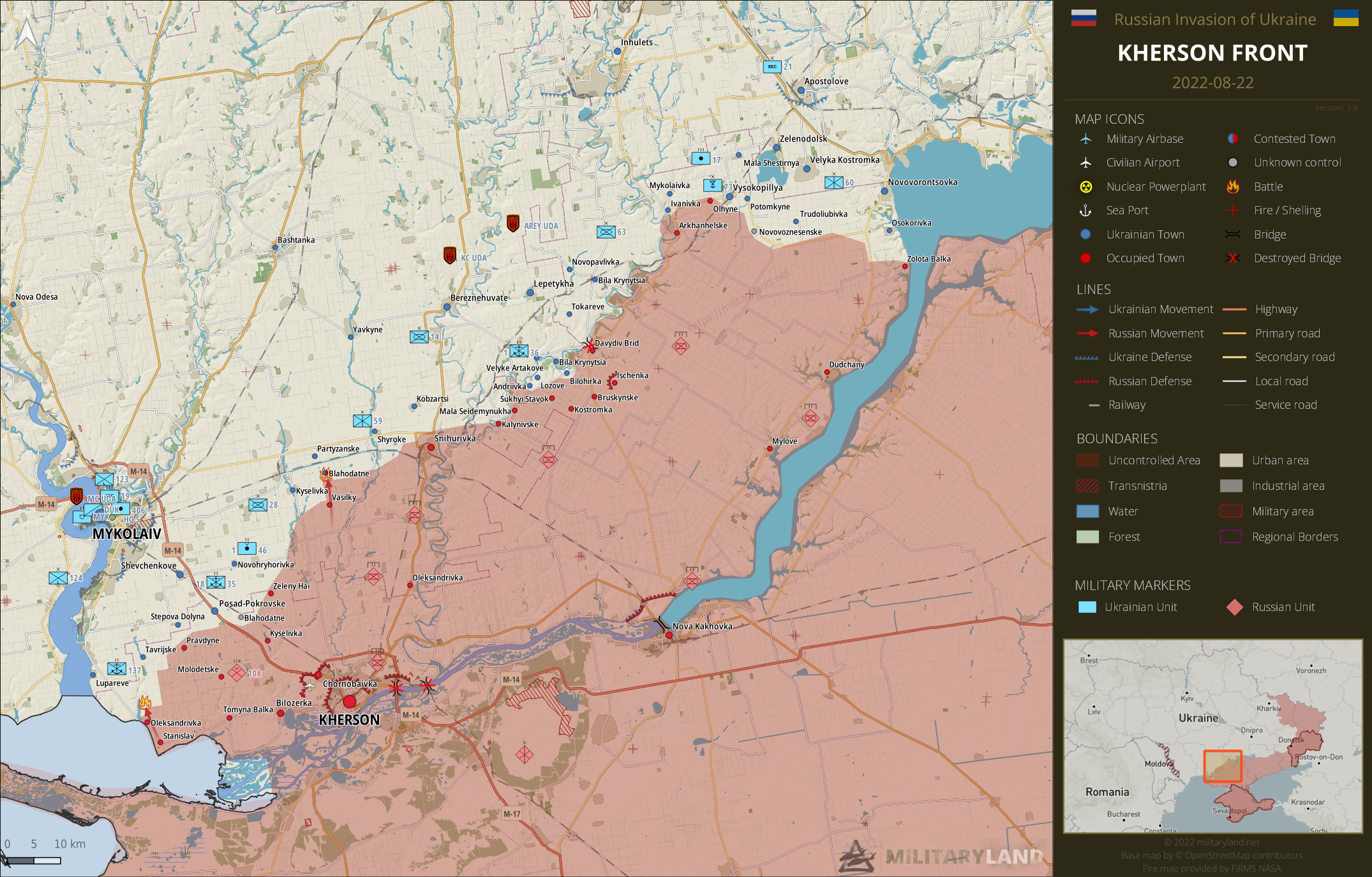 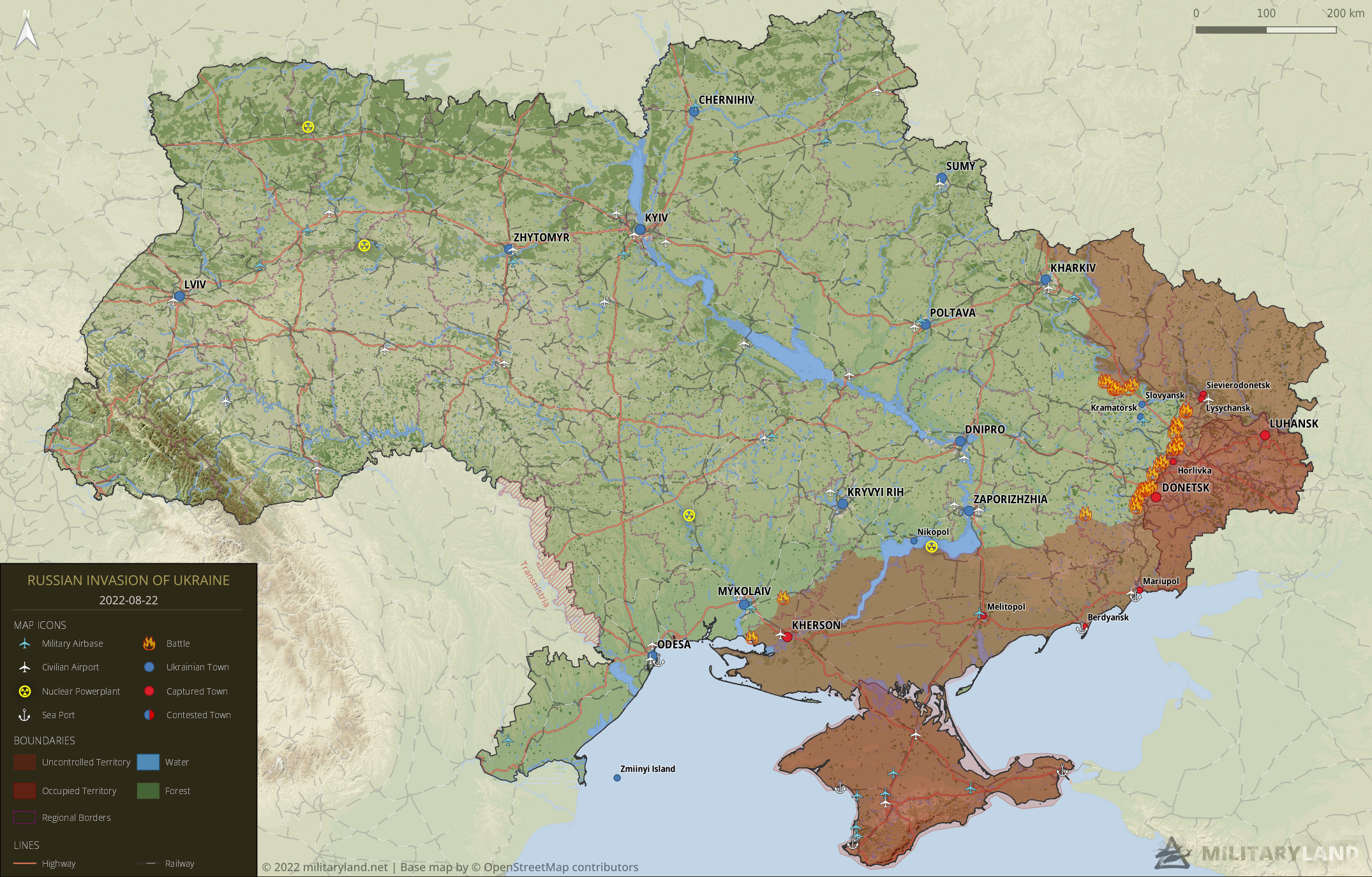