Russian army intensified the attacks in Donbas and launched an offensive north of Slovyansk, but neither attack achieved a meaningful result. The need for more soldiers on the ground is apparent. It’s clear that artillery and air superiority isn’t enough to win this war.

Meanwhile, Ukrainian Army continues to strike ammunition depots behind the lines and also is probing the air-defense systems located on Crimea.

We have an important wee ahead. Ukraine celebrates its independence on August 24, and Russia will likely try to dishonor this day as much as possible. 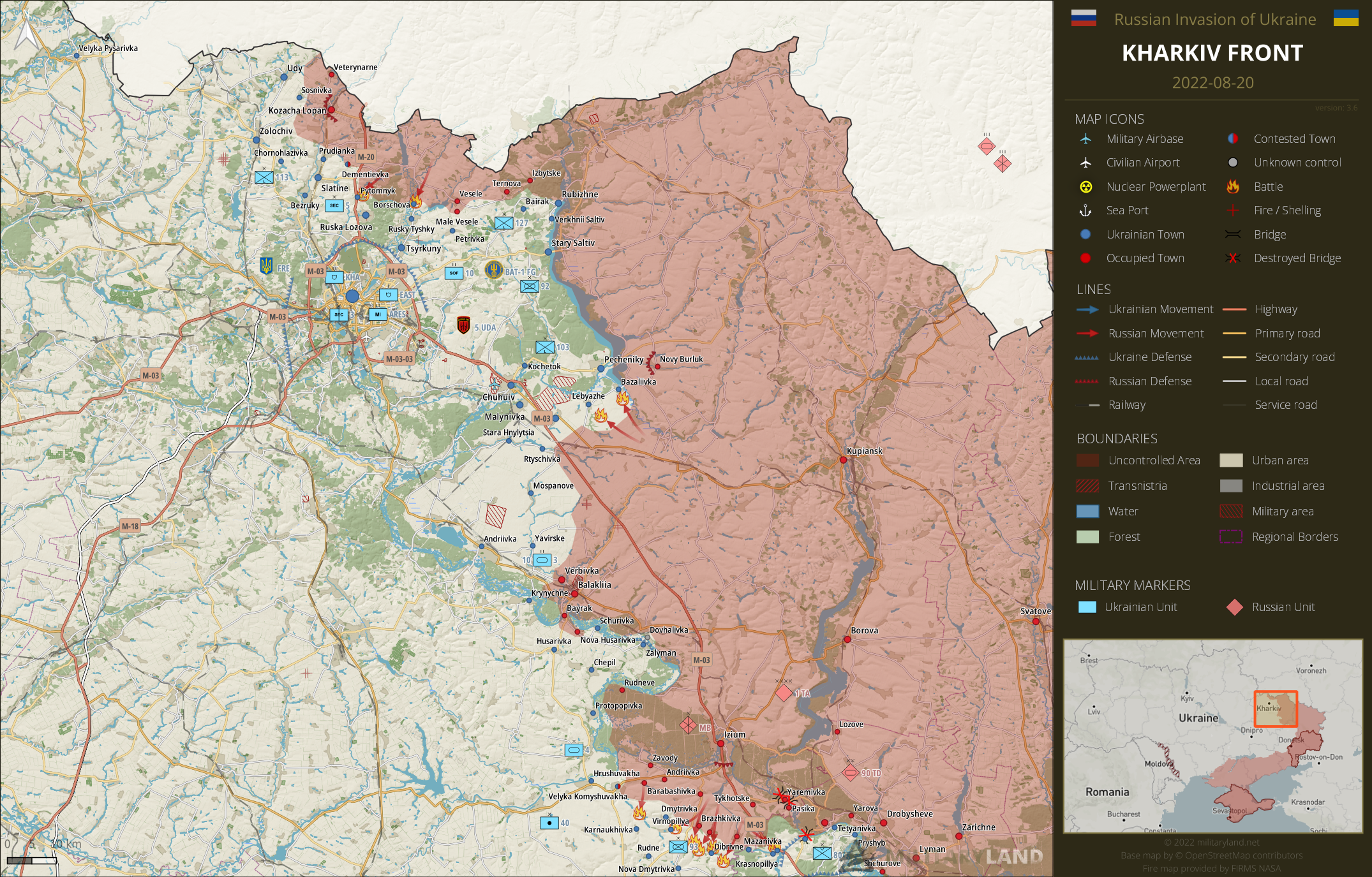 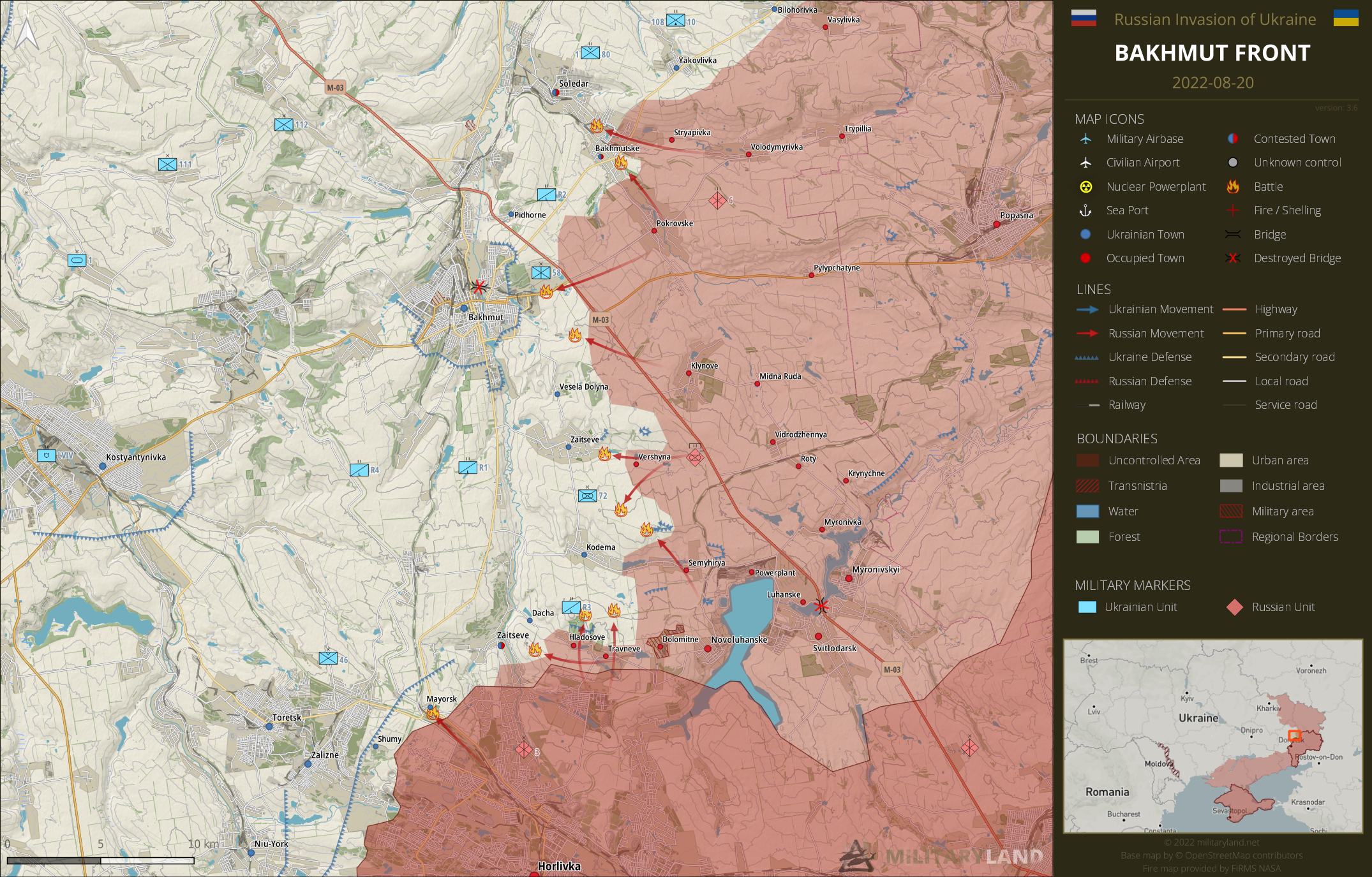 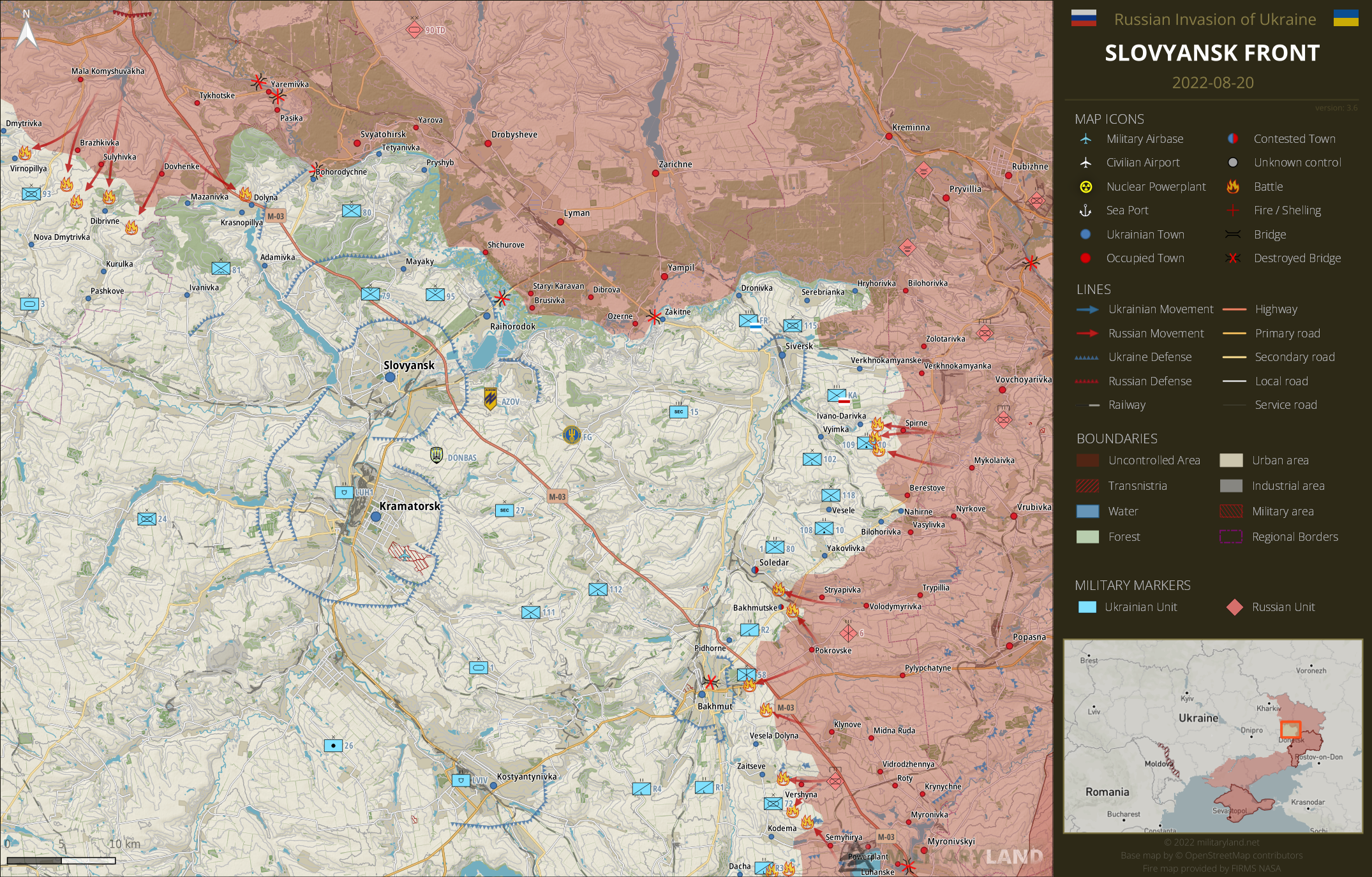 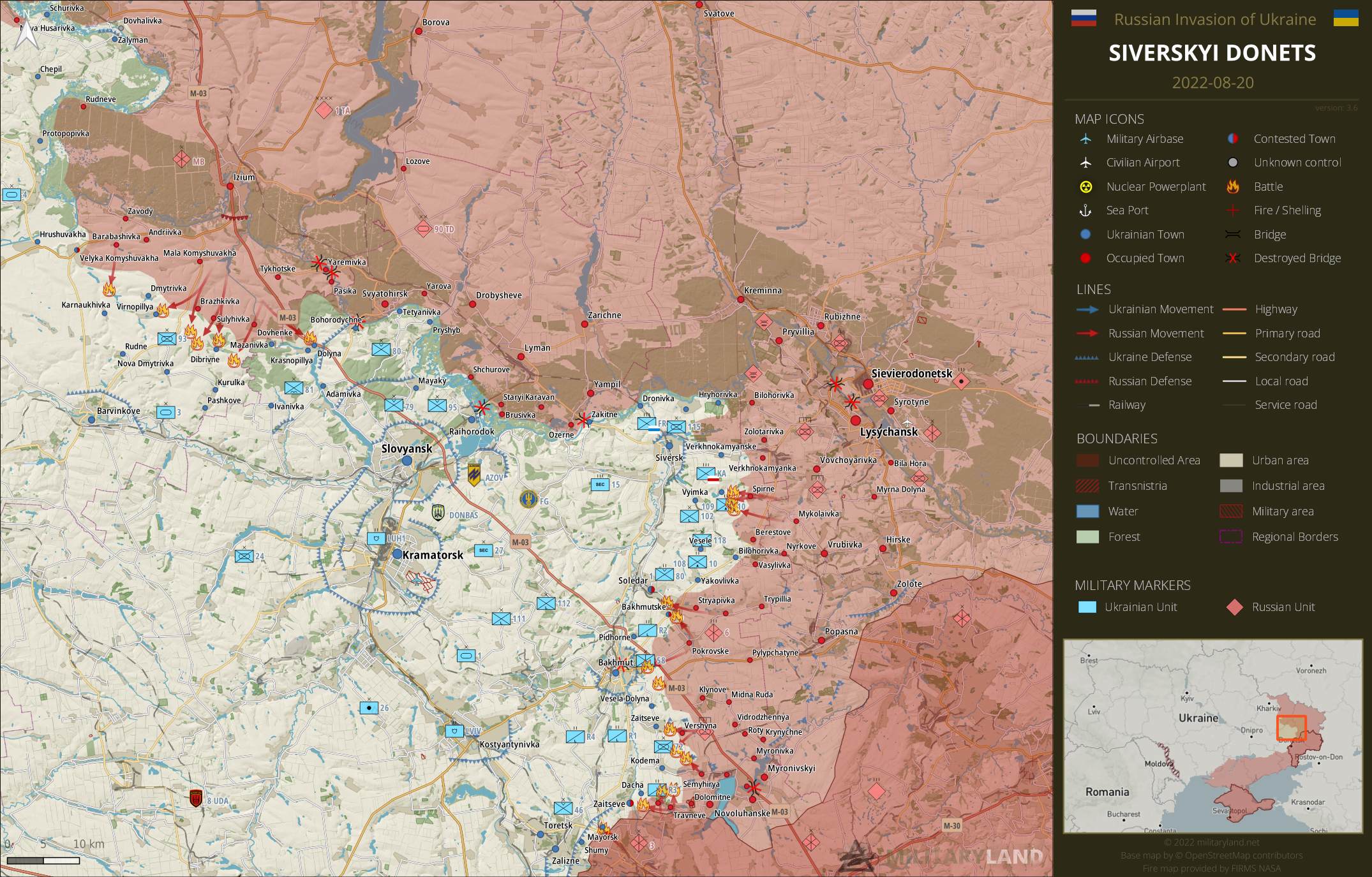 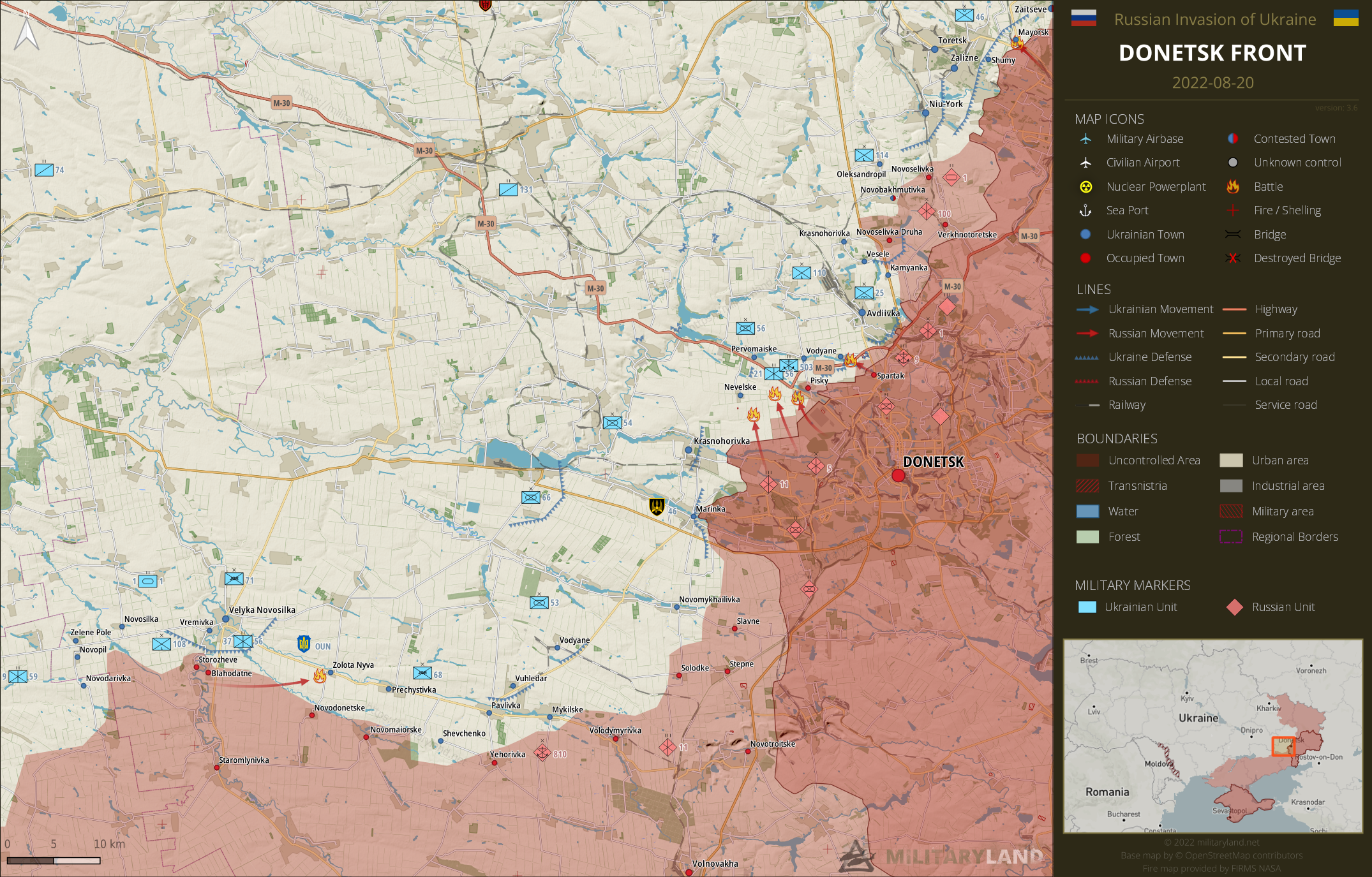 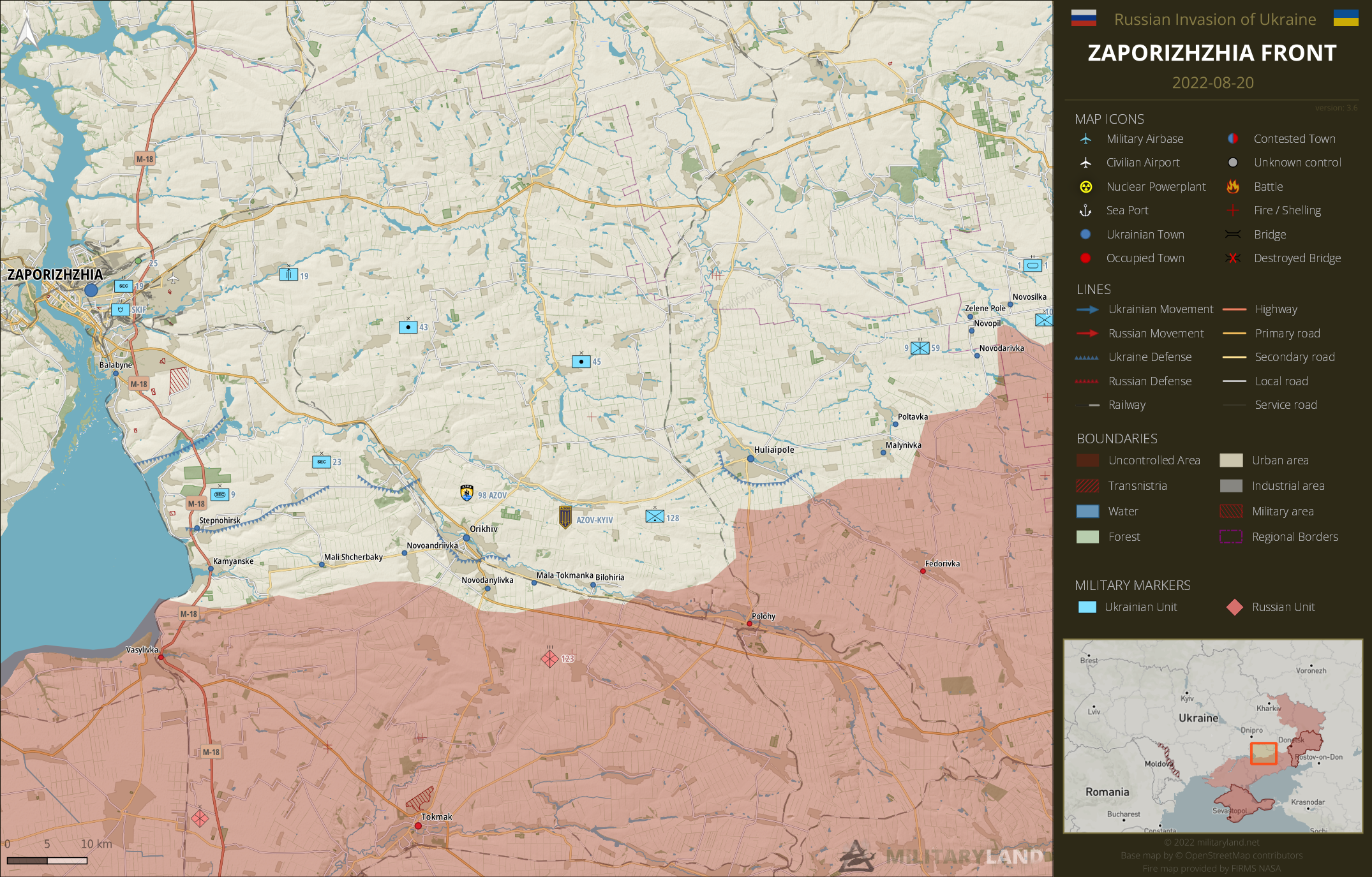 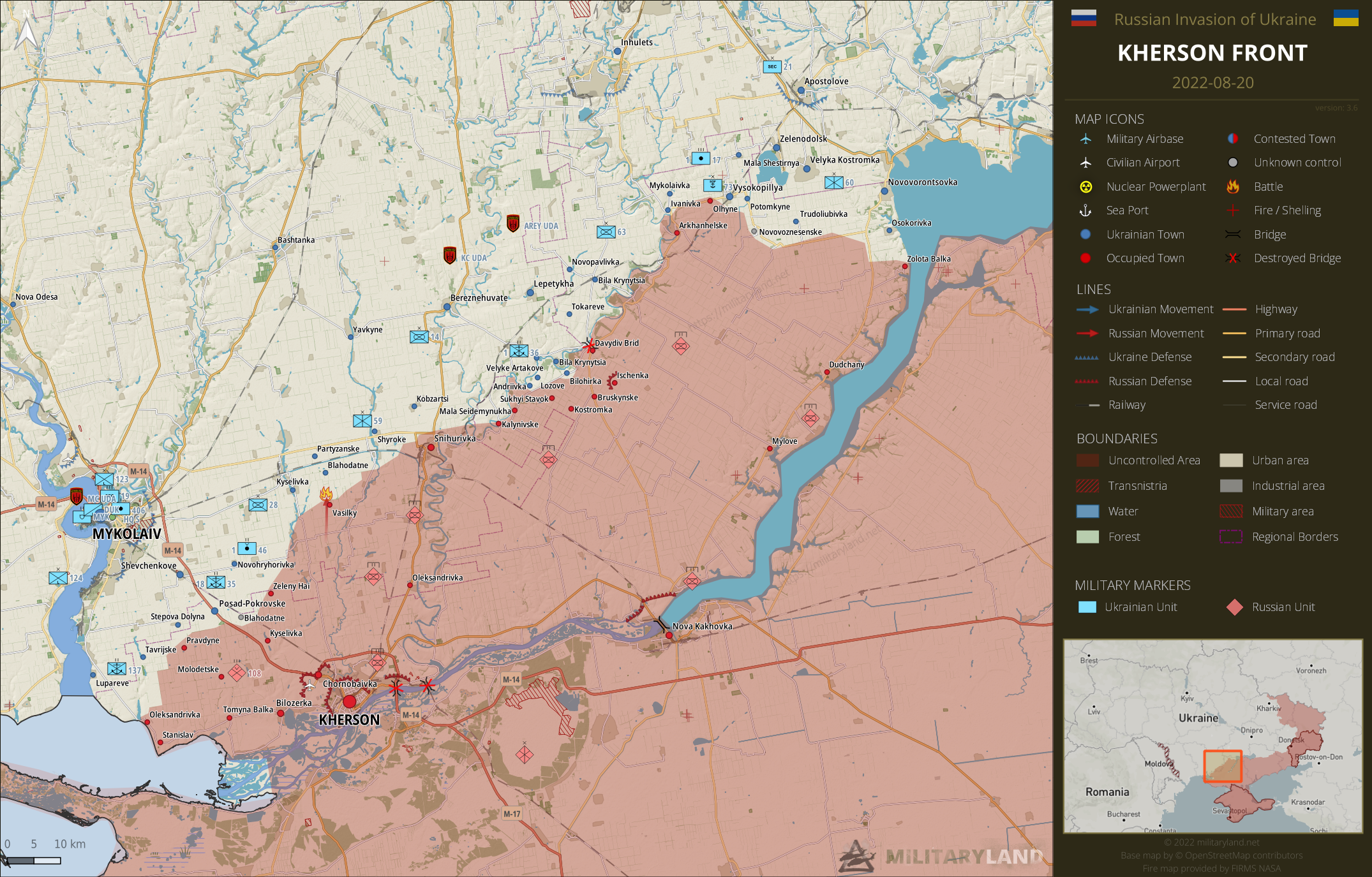 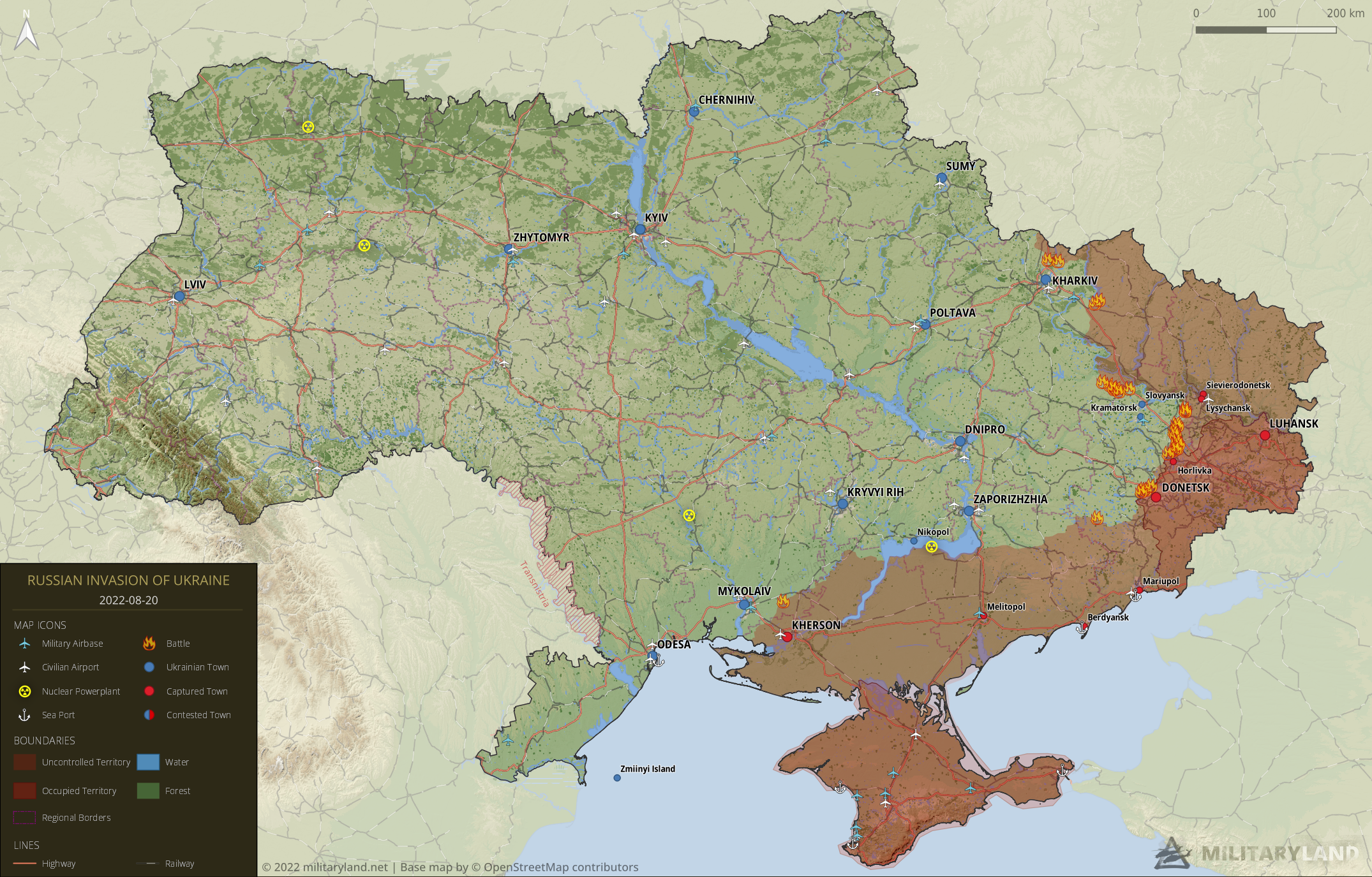 They actually managed to capture southern part of Blahodatne this morning.
https://twitter.com/Militarylandnet/status/1561288969505103873