The previously announced tactical pause of Russian army is over. Ukrainian troops repelled a number of attacks at Kharkiv, Slovyansk and Donetsk Front, but the enemy managed to advance in some areas nevertheless. Ukrainian command seems to have started the long-awaited rotation of frontline units amid the reports that some Ukrainian brigades are exhausted and decimated.

Ukrainian artillery targeted Antonovskiy Bridge near Kherson, putting Russian forces in the area under the pressure. The bridge remains usable, but some parts are damaged. 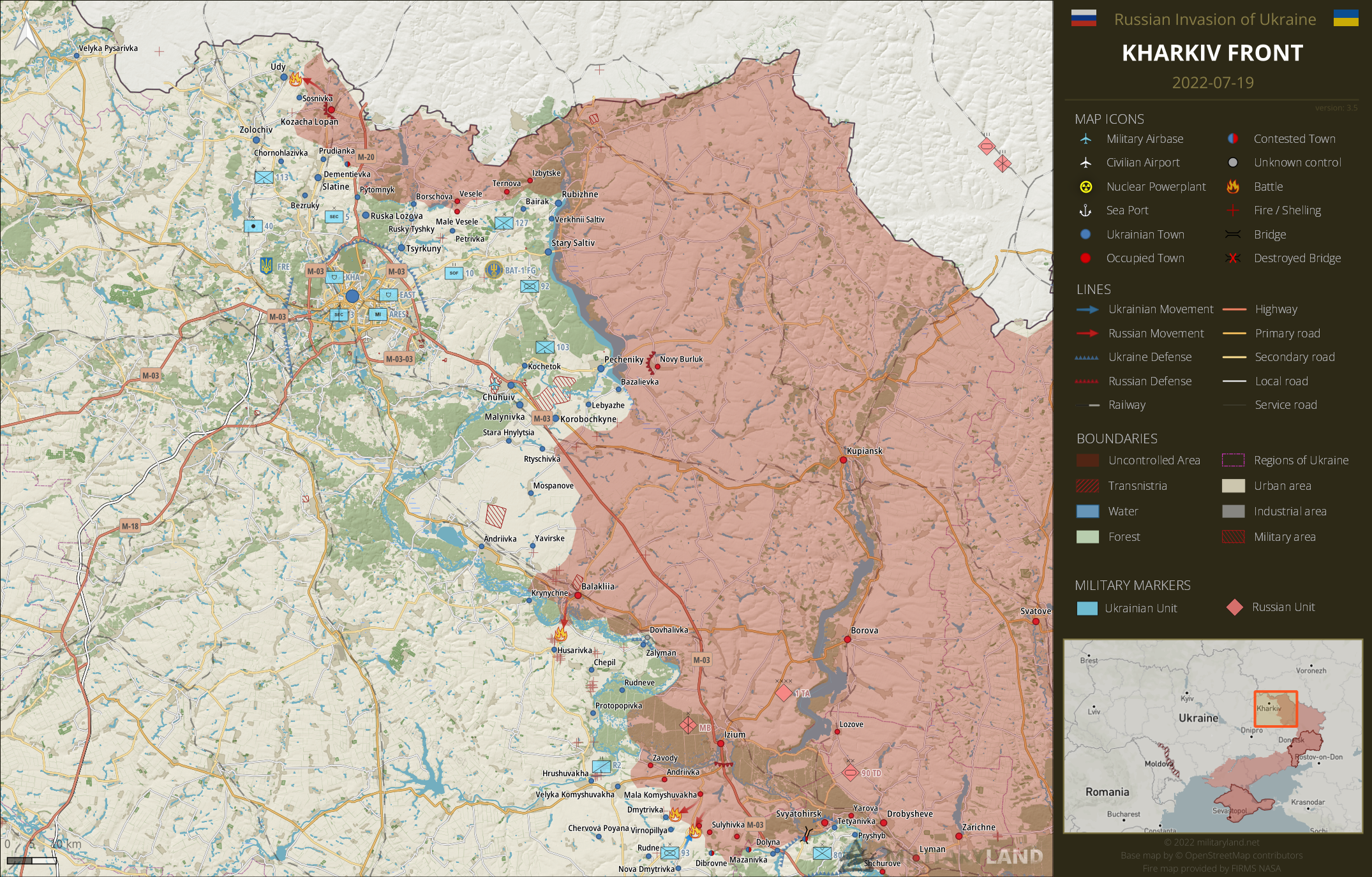 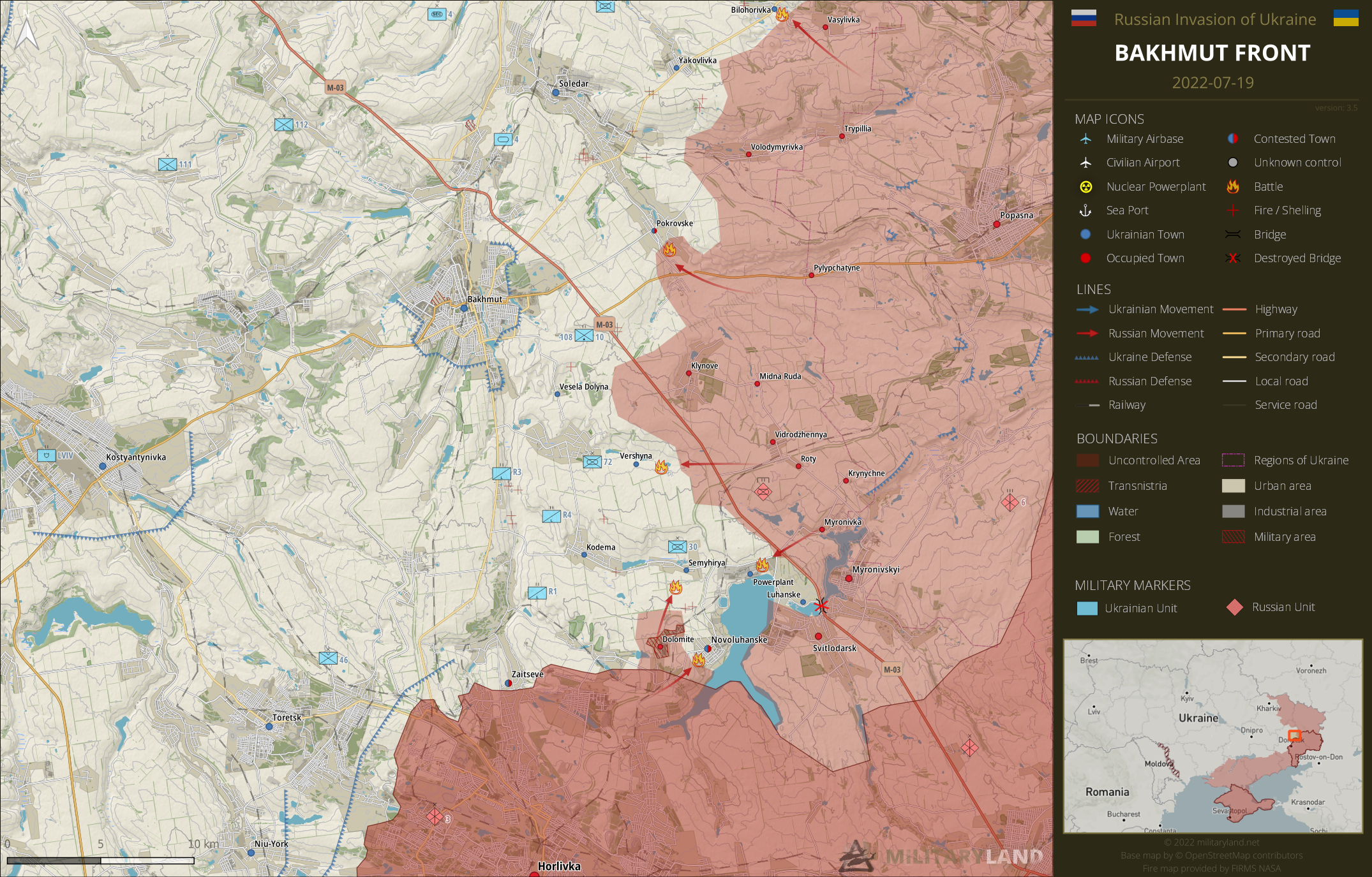 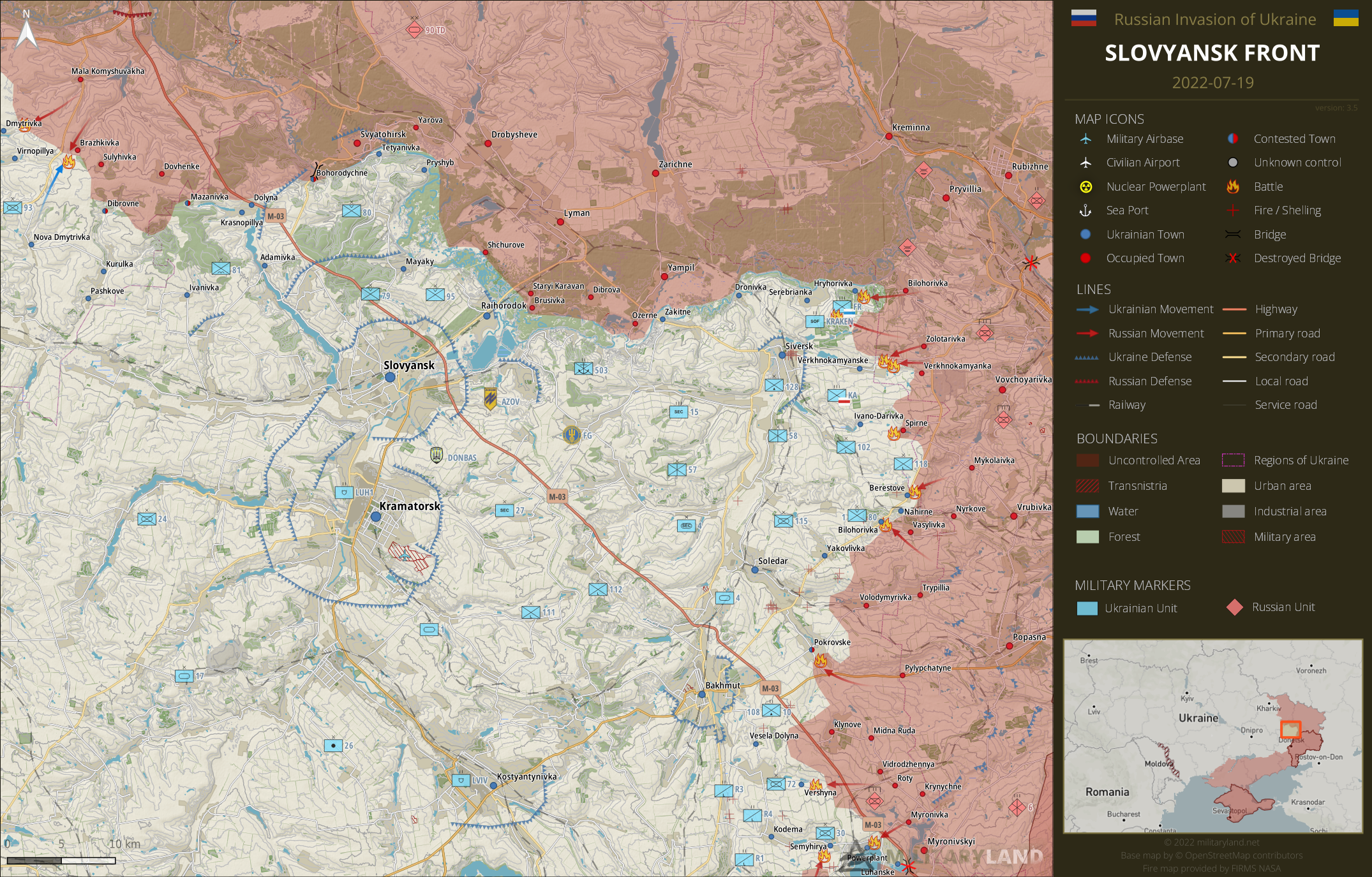 Elements of 1st Tank Brigade have arrived to Kramatorsk to reinforce Ukrainian forces in the area. 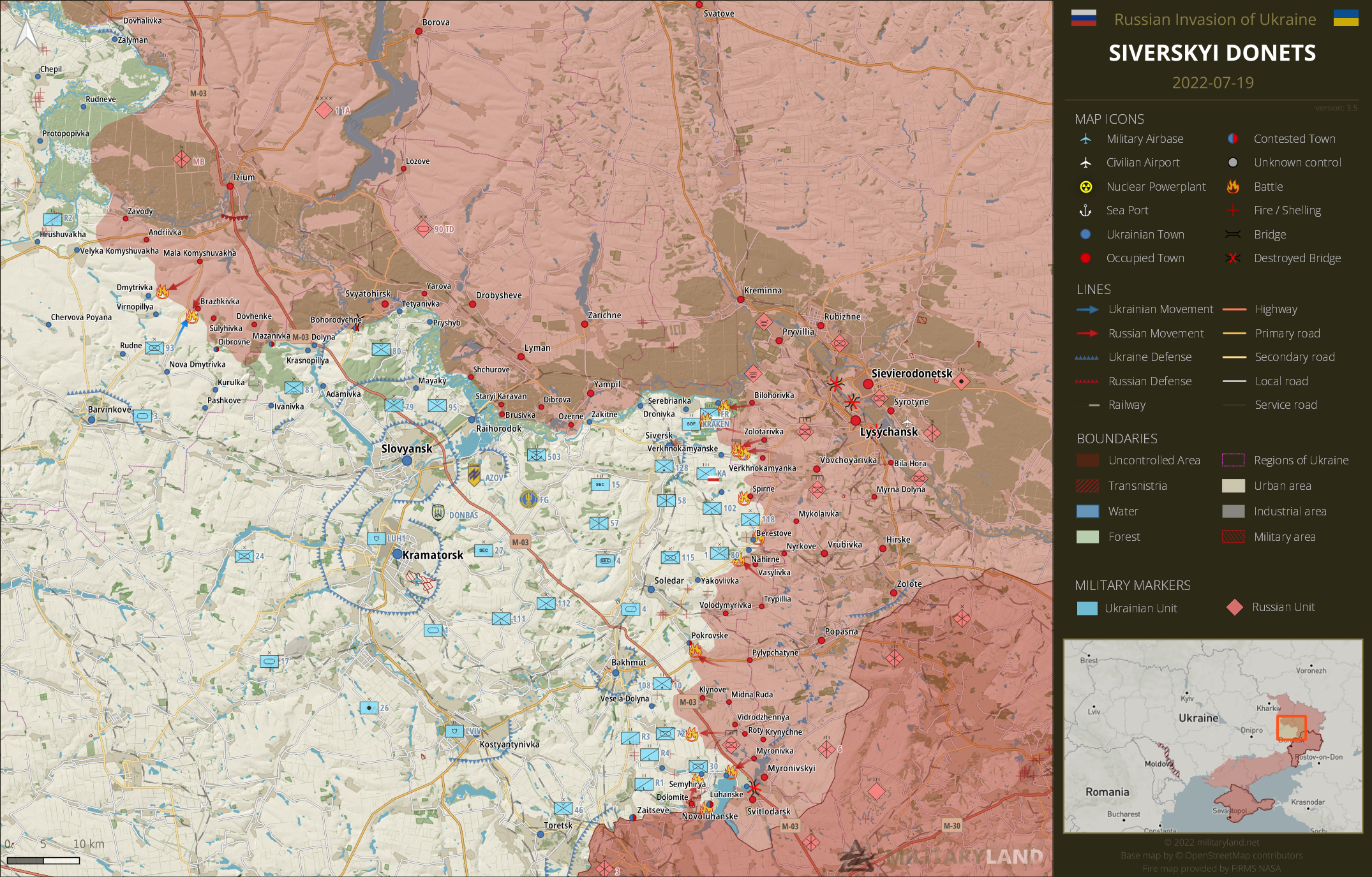 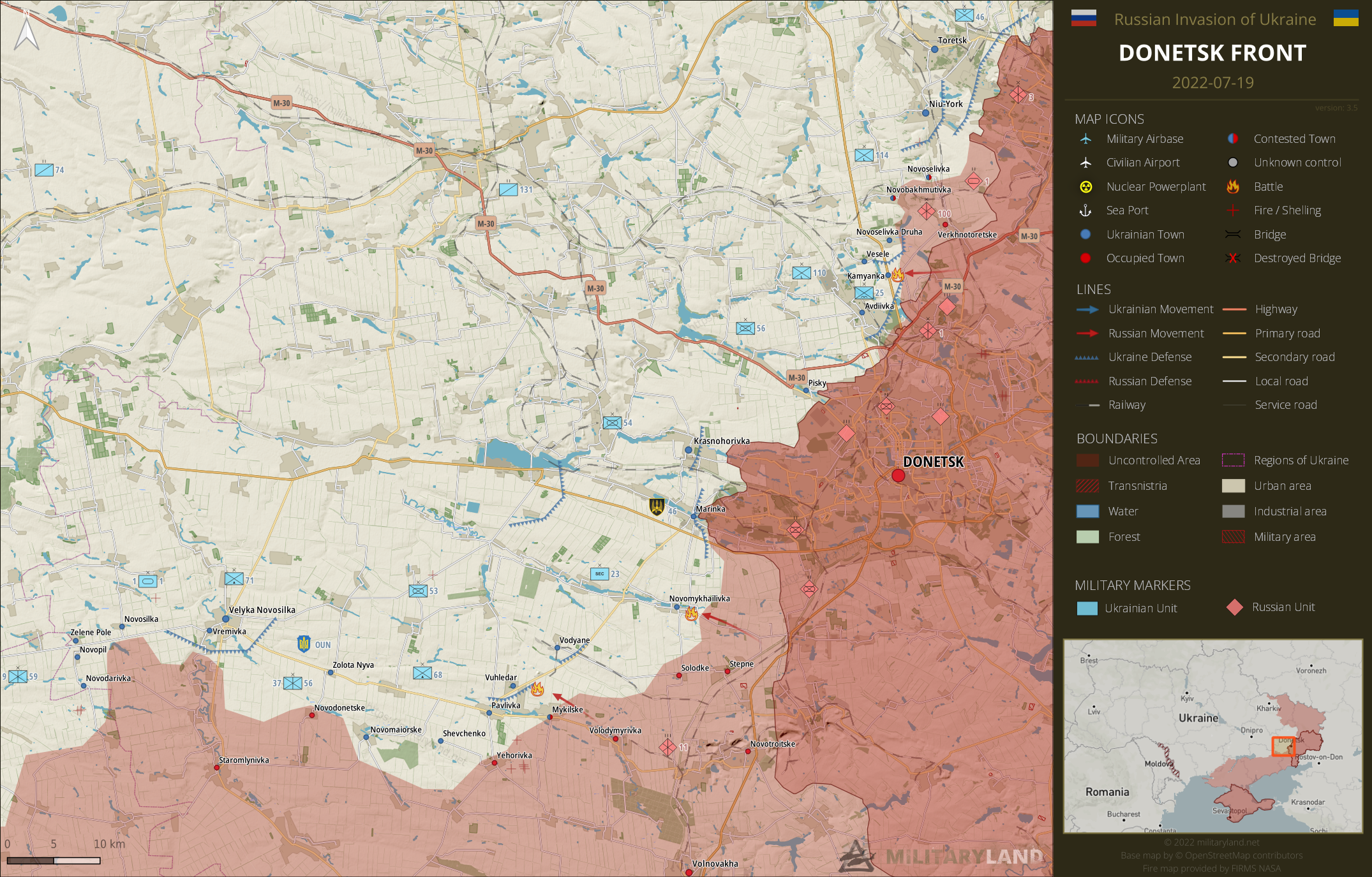 Ukrainian 71st Jager Brigade has been deployed to the southern part of Donetsk Oblast. 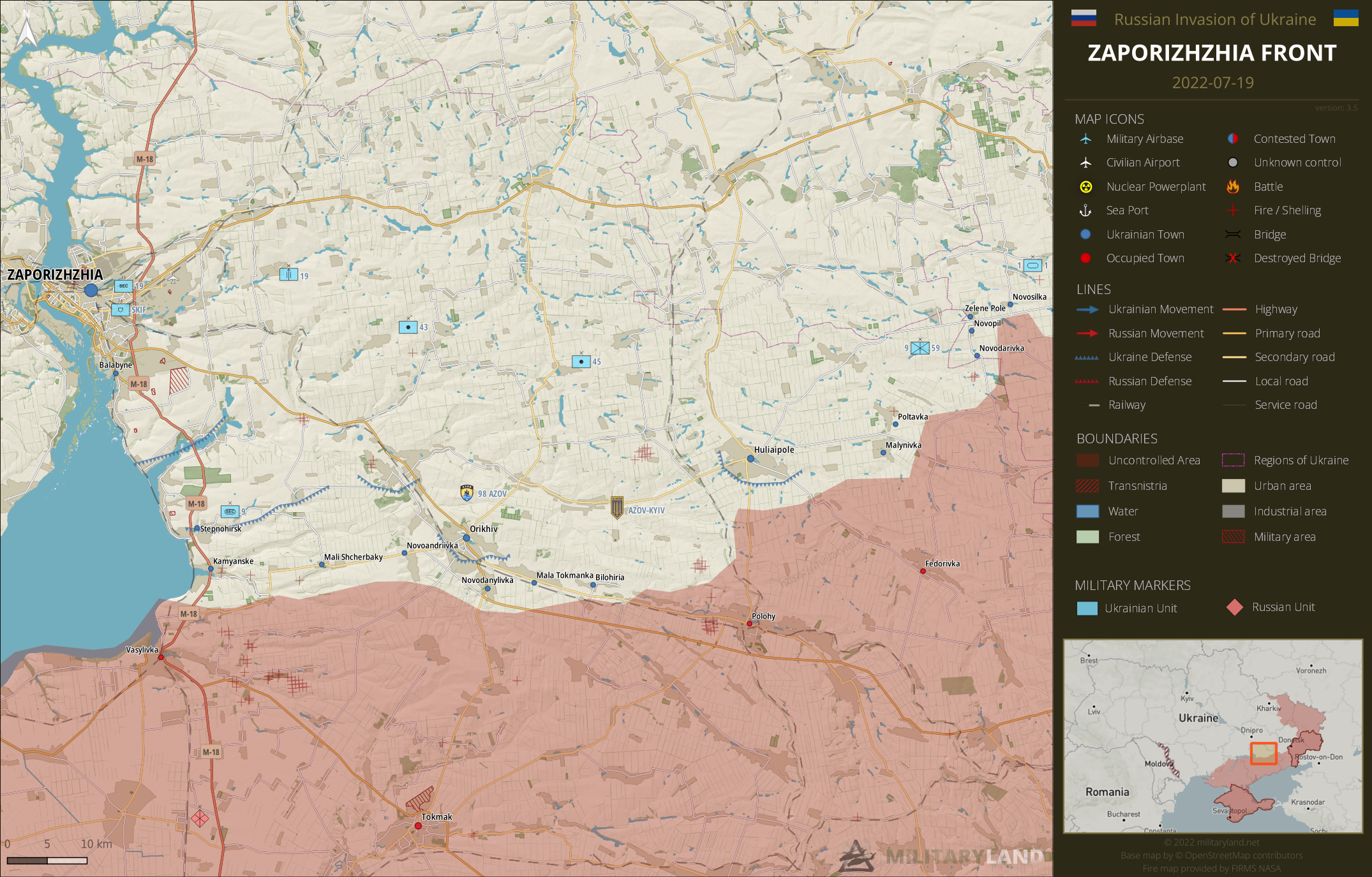 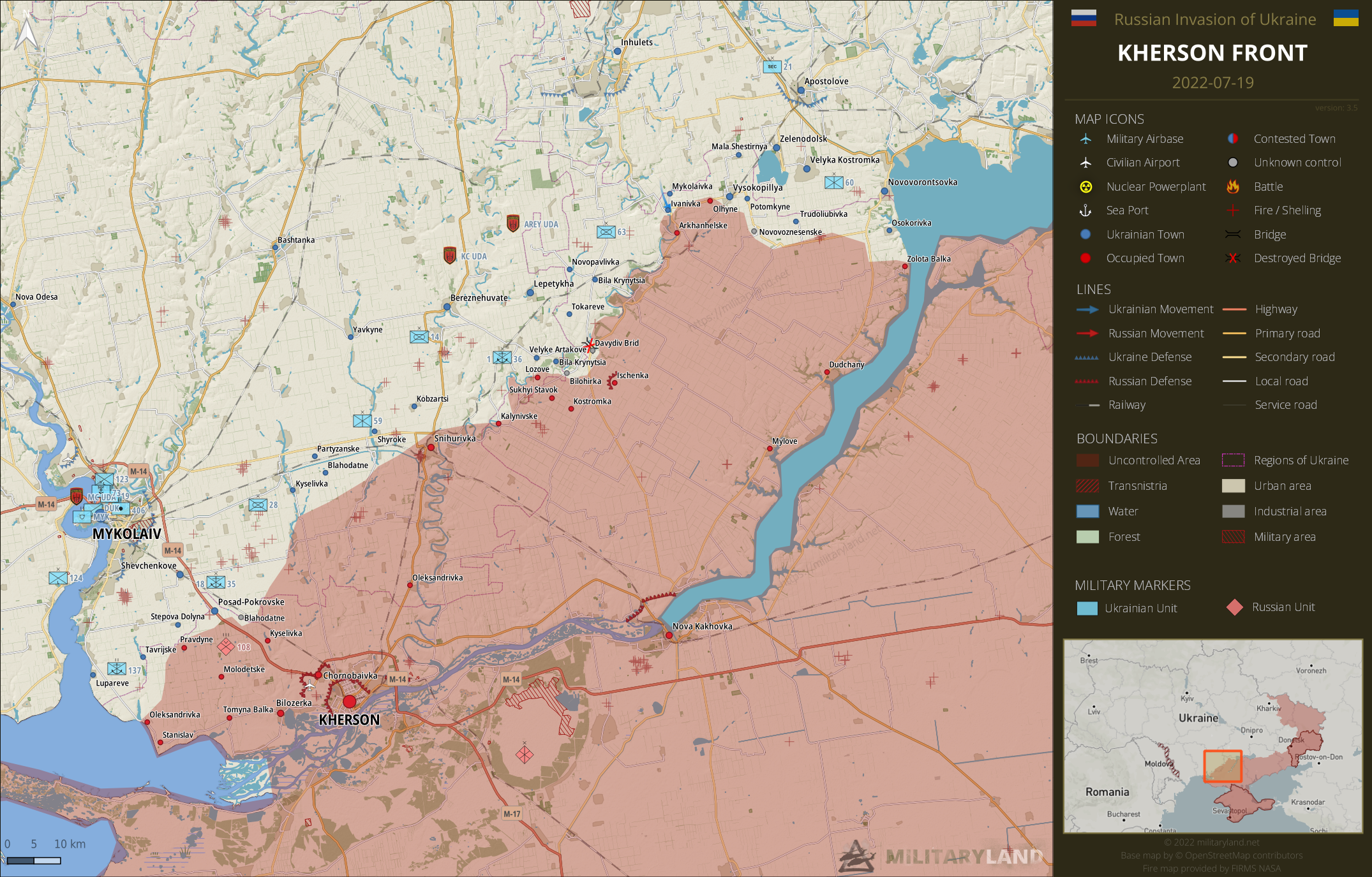 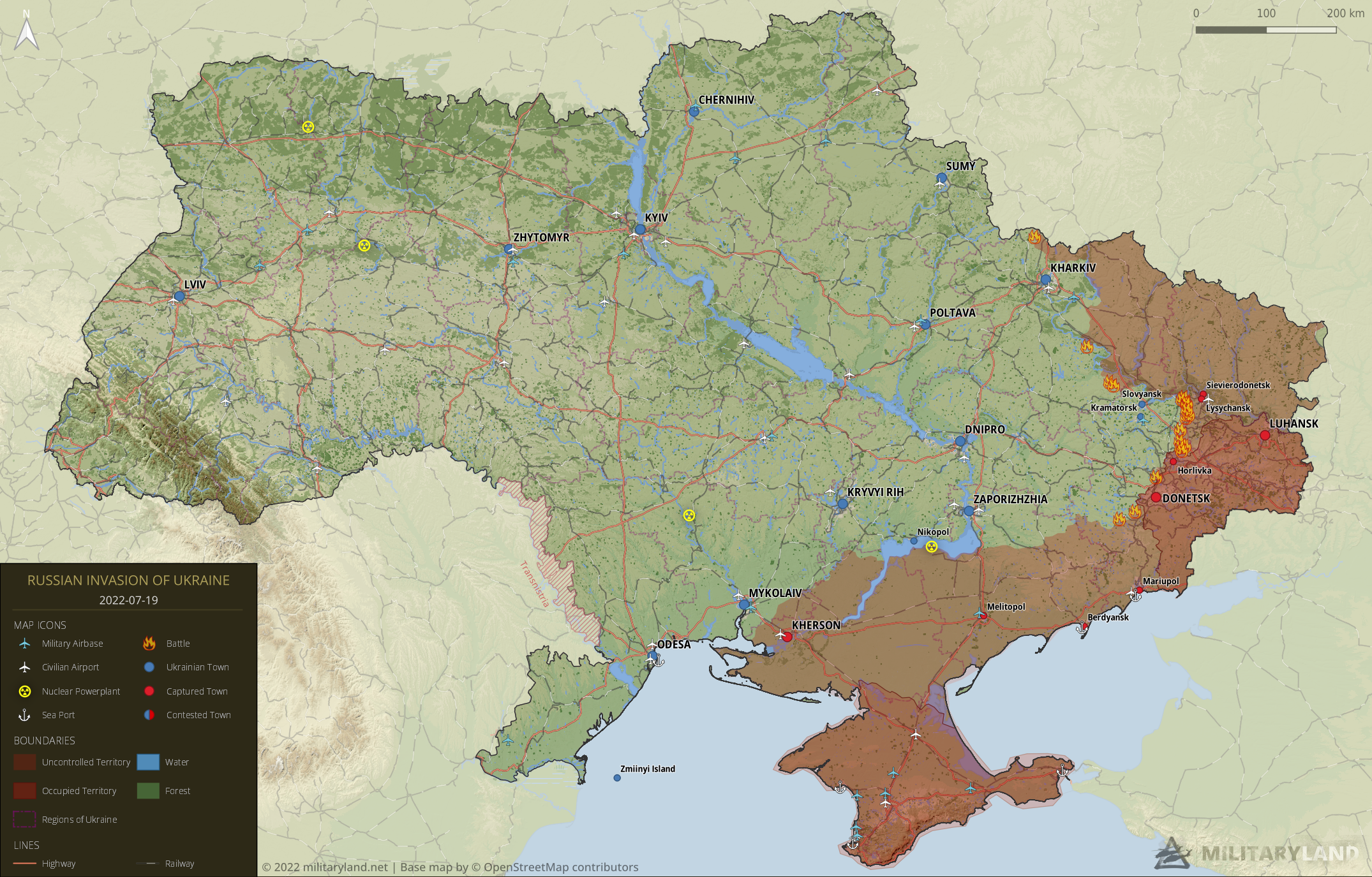 The bridge is usable to light to medium traffic, not military/heavy vehicles.

Tbf, a lot of light and medium could be called military traffic, but the bridge is mostly down.

Downing both kherson bridges would complicate supply for the west bank immensly. Isw asses culmination of the russian offensive campaign in the next weeks. If ukraine wants to start a major counteroffensive in the south, it woulf be about time.