Russian army continues to attack Ukrainian positions north of Slovyansk with minimum success. The Ukrainian defensive positions in the area seem to be well-prepared. The only exception is Kurulka, where the invaders have success.

A minor skirmish was reported from the Kharkiv front, but apart from that, Russian troops continue to hold the ground and conduct offensive operations only in the area of Slovyansk. 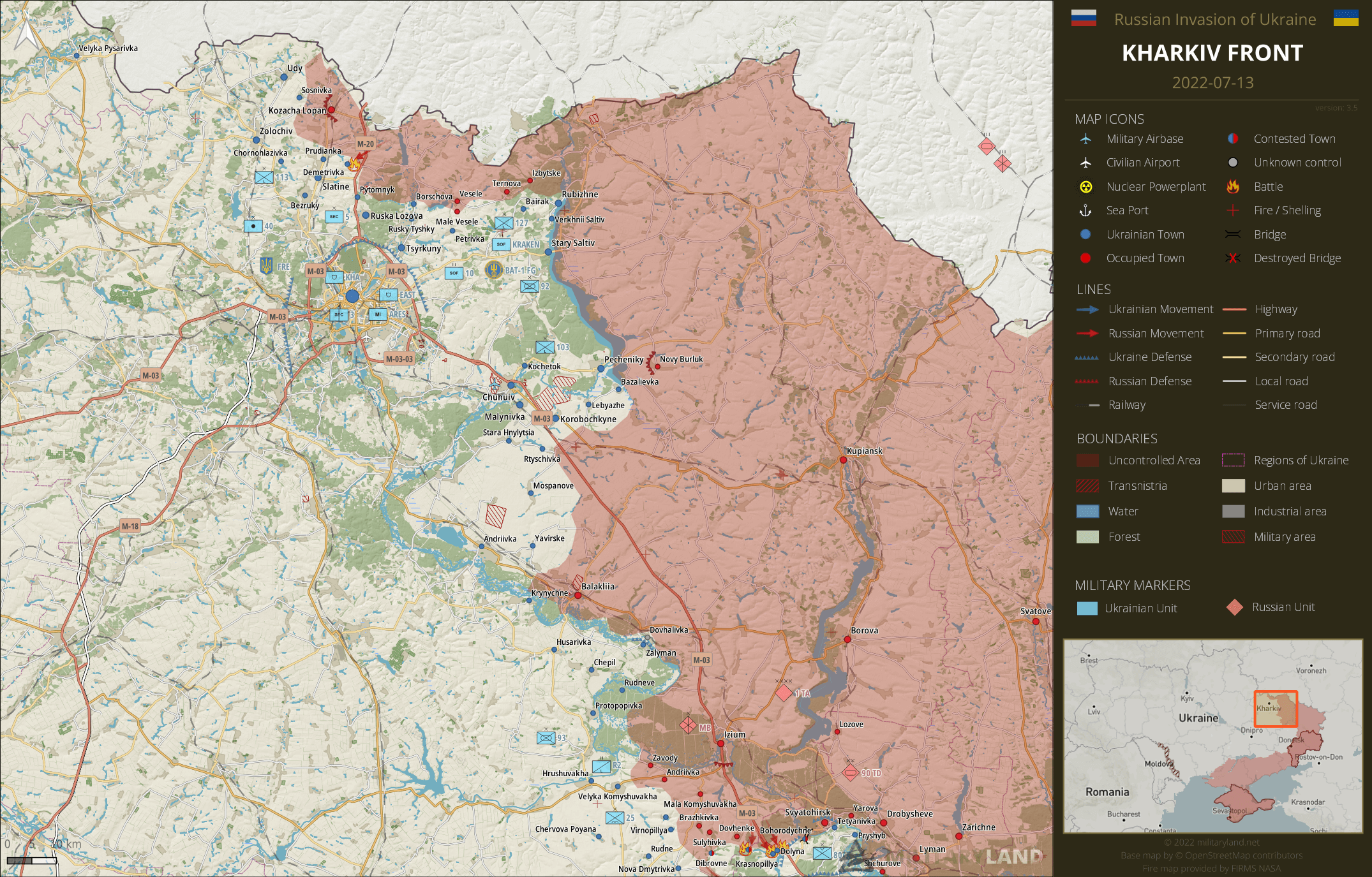 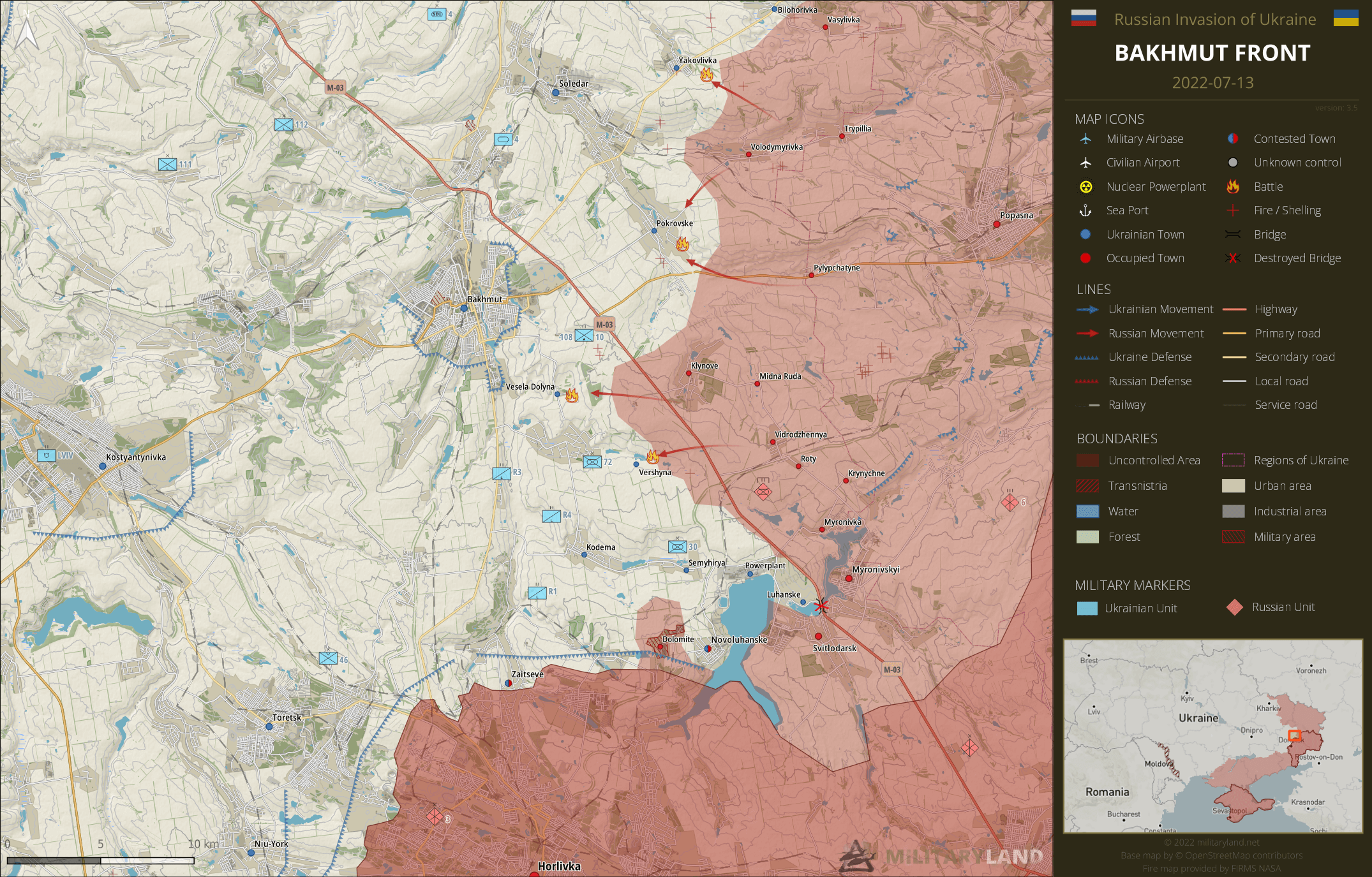 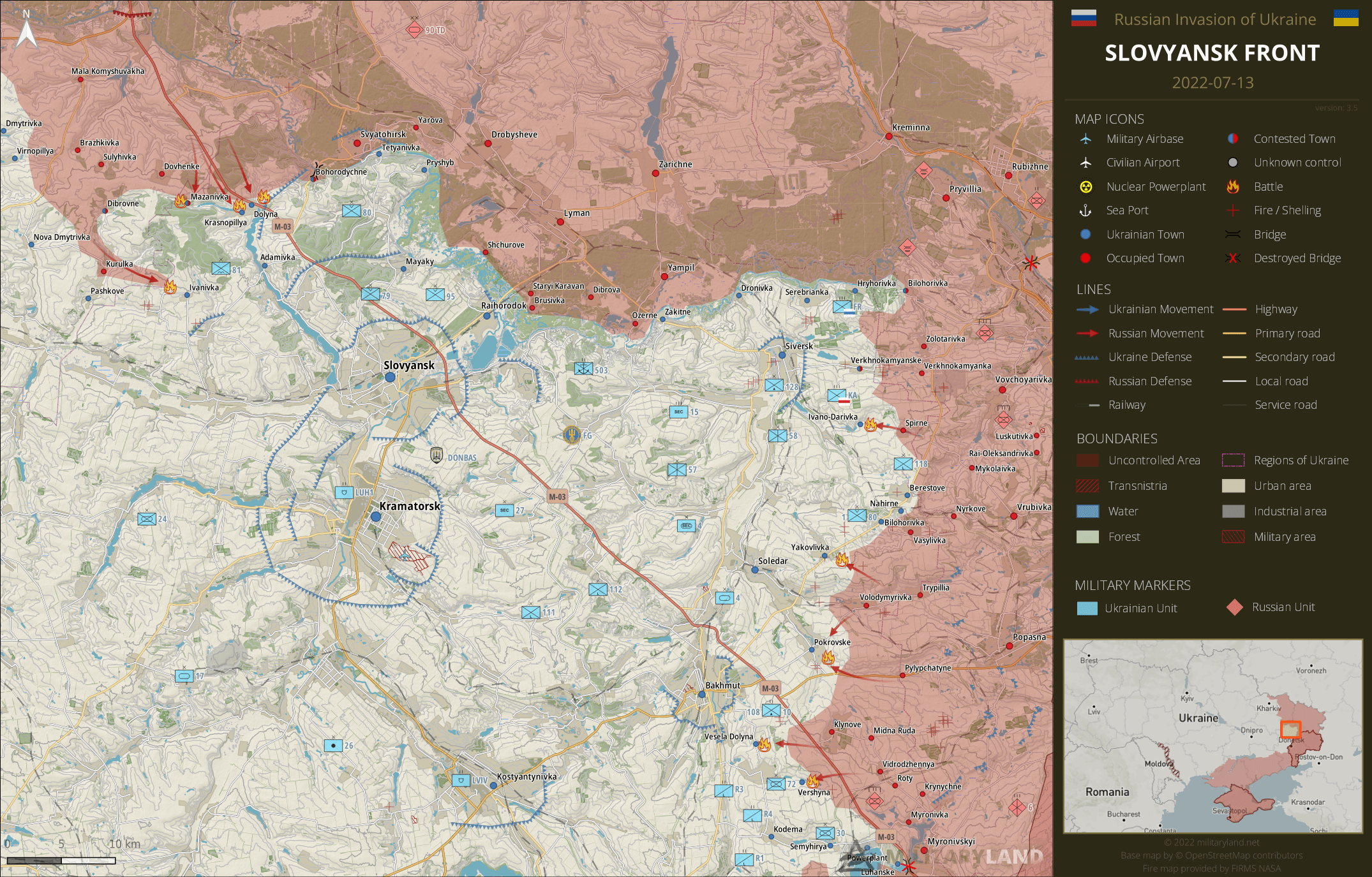 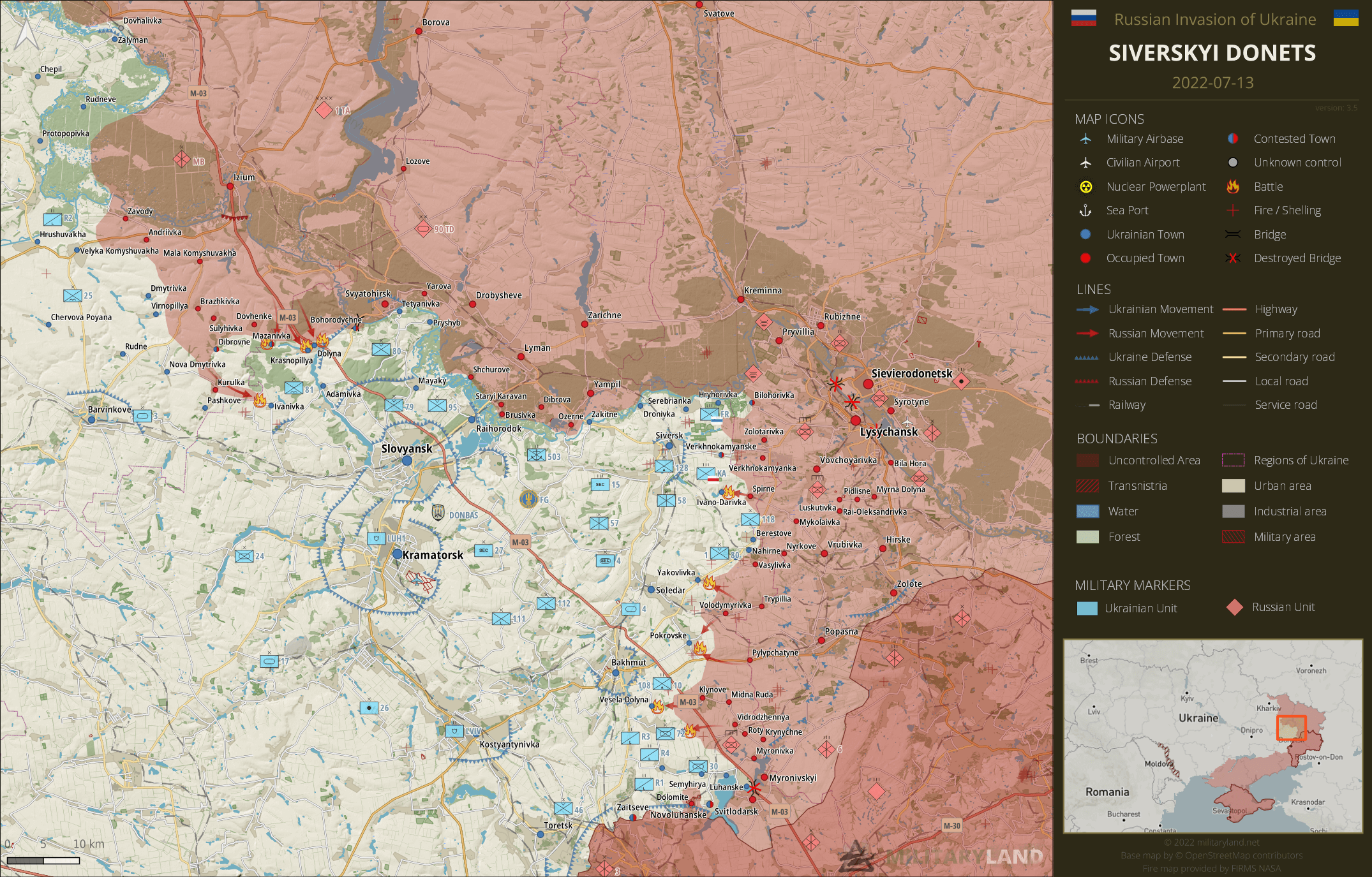 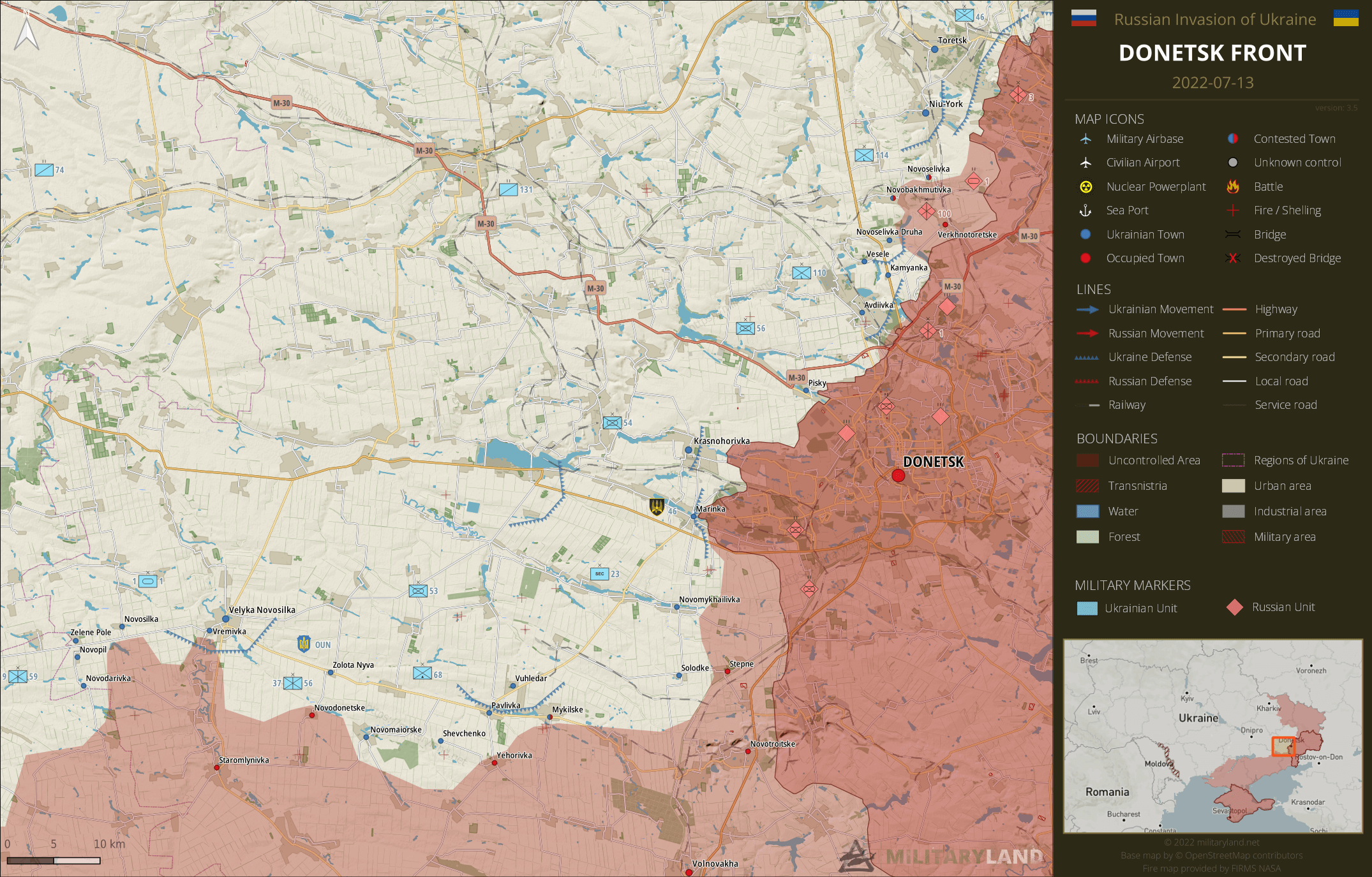 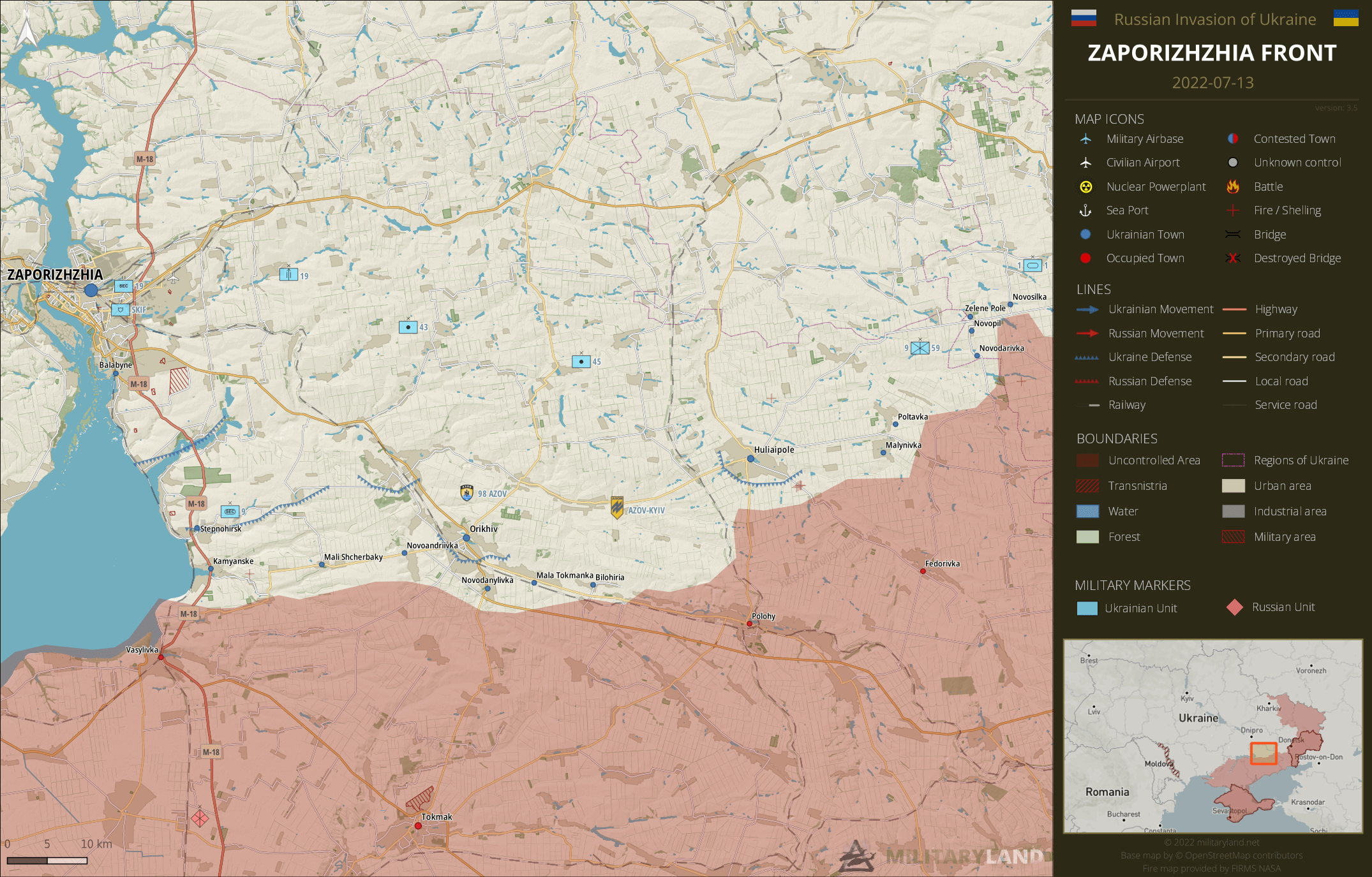 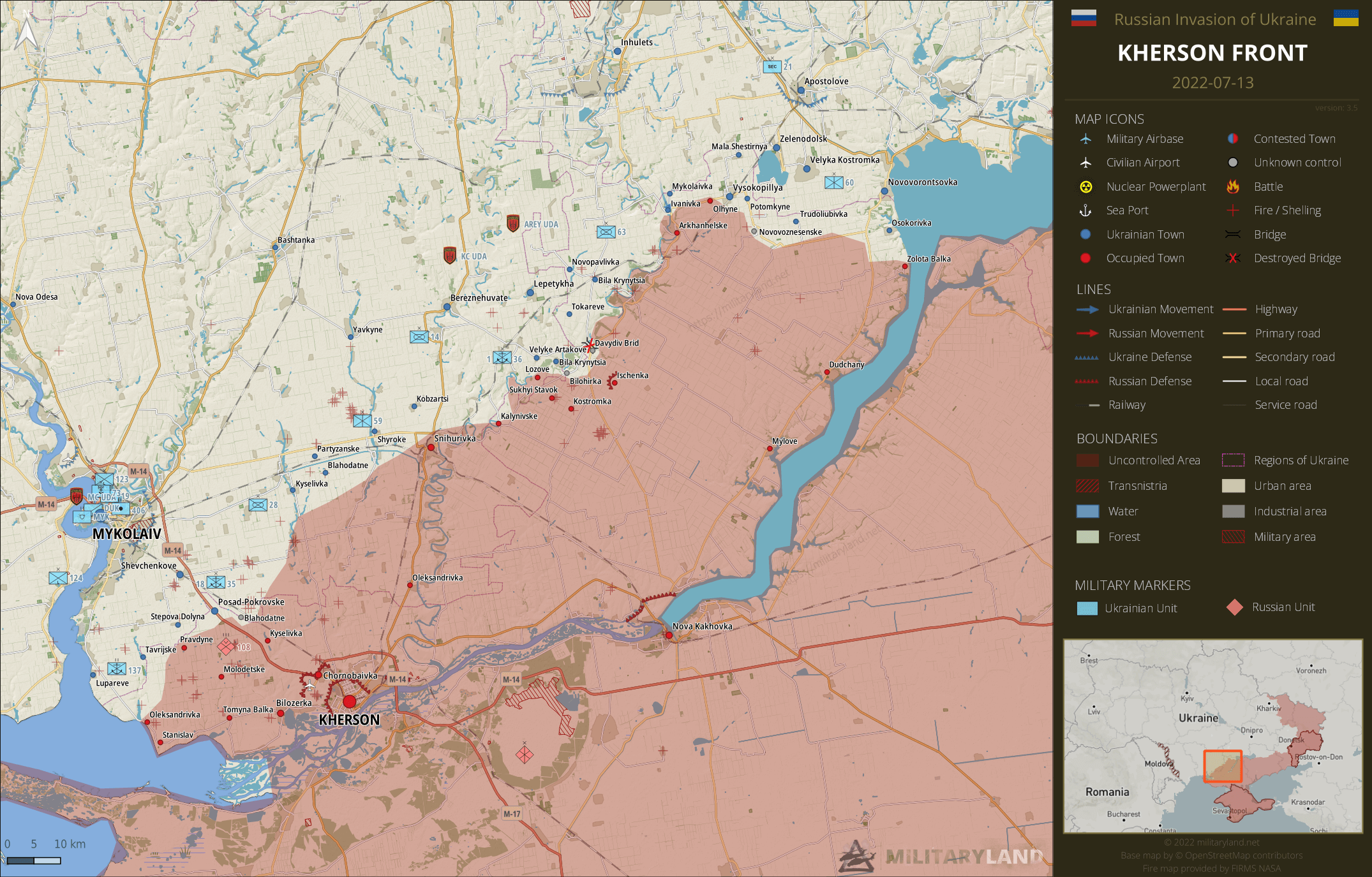 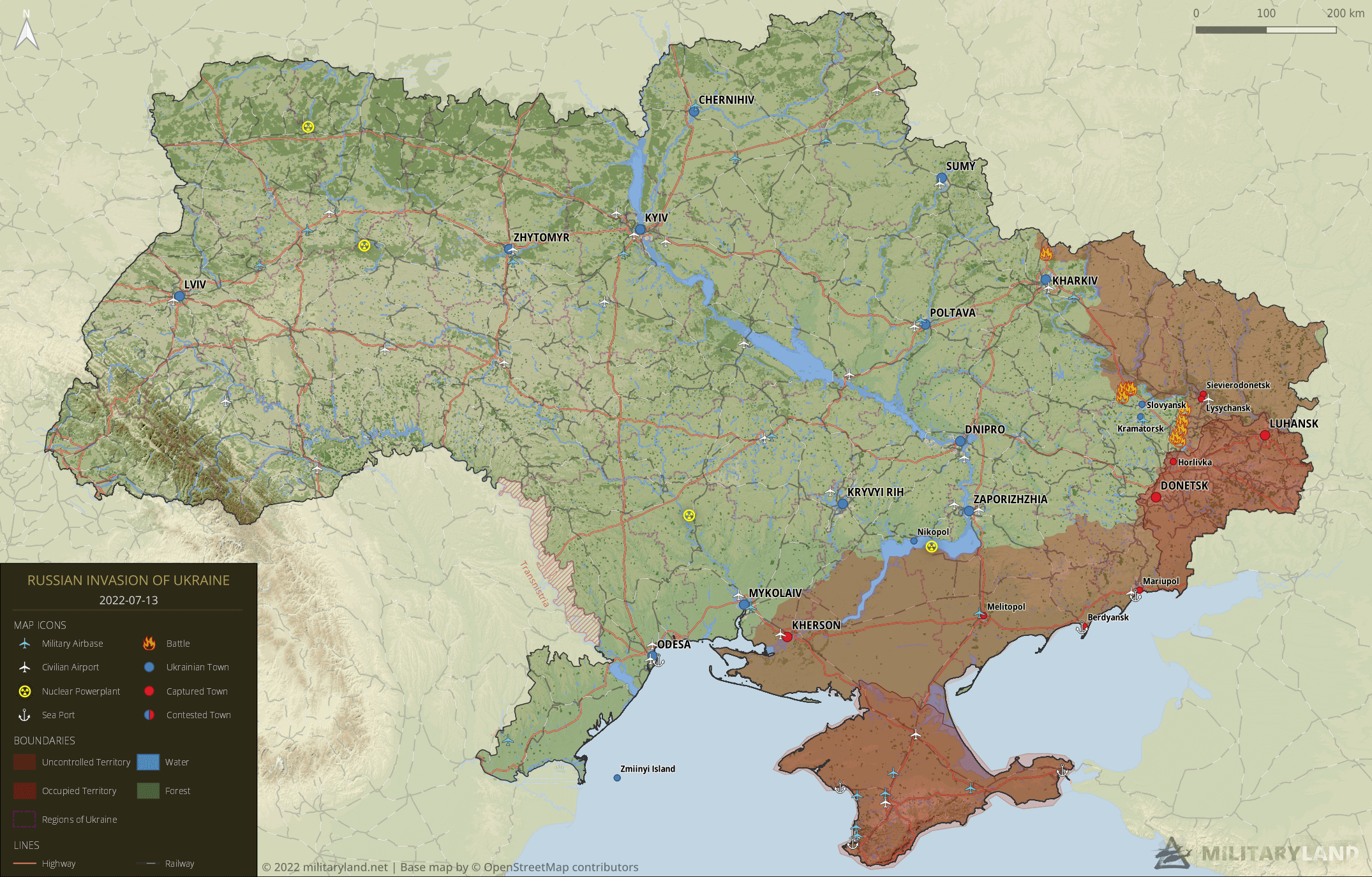 I apologize for an issue with comments, that was present over the night. It should be fixed now.

7200 Ukrainian soldiers are considered missing, according to the Ukrainian ombudsman.

The Russians state they took more than half of Siversk. If true, that’s pretty fast. I thought there was a pause.

They got nowhere near Siversk.

Indeed, the information was inaccurate.

these statelets army ‘reported’ such claims and IIRC Kadyrovites, too. Take whatever from such sources with a wagon of salt (Russian MoD too, they already reported destruction of all Ukr aviation x 2 in total). Also – often presence of recon elements is described as “reaching” or even “taking”.

given the fact that the Armed Forces of Ukraine repelled the assault actions of growing troops in the direction of Kodema.
That is probably the russians captured Zaitsevo, Gladosovo and Travneve

Why do you think that the russians bypassed Dibrovnoe from the West, not from the East?
Earlier it was reported that fighting was going on in the forest south of Mazanovka, probably Kurulka was captured from the direction of Mazanovka.

I checked SAT imagery and found the most probable field/dirt road that Russians could use to advance towards Kurulka.

there is a dirt road along the forest from Dolgenkoe to Kurulka, you can drive there in armored vehicles and you can see it on Google satellite maps

Till now Russia took bigger Citys only by at least threatening to complete a full surounding. With Kramatorsk and Slovianks that would mean a long way south from Izium an penetrating the Siversk-Bahkmut line and the Kramatorsk-Konstiantynivka line. The southern Flank would be wide open.

Or they try it Head on, grinding thru Sloviansk an than thru Kramatorsk.
I don´t see any of this happening fast enough to outrun the logistical improvements on the ukranian side. The gun advantage of russia is getting the first big hit by the logistical issues arising from precision MRL.

To what improvements are you referring?

These systems help, but they can’t make up for Ukraine’s considerable losses so far, and it’s likely that Ukrainian armed forces are (and will remain for the foreseeable future) much less well equipped than they were in March, overall.

Even worse, there was no amunition for the weapons that were left. It is anyones guess when Ukraines logistical lowpoint was or will be. Considering the success of Himars i would bet on june.

On the other hand for Russia there is almost only one logistical way, down hill. There is visible evidence concerning Tanks and apvs. Mobilication Problems could be solved, precision strikes allready got less while ukrainians rise steeply.

Russians shelled Kurulka according to UA General Staff. Maybe UA liberated it? Why would russians shell their own position?

It’s important to note UA General Staff says “in the area of” most of the time. I noticed the same thing as you’re describing with Spirne. UA confirmed the loss of the settlement, but later reported shelling in the area of it.

I did not see the Russians claiming they took Kurulka. What should we make of it?

According to twitter rumors there is ukrainian counterattack on Kurulka as we speak. So rus might have gotten it temporarily.