Russian forces continue its attempts to break through Ukrainian lines north of Slovyansk, but almost completely ceased all ground operations on other fronts.

Ukrainian President Zelensky ordered the Ukrainian Armed Forces to re-estabilish control over the coastal regions of southern Ukraine. The General Staff now prepares an offensive plan and says that up to one million Ukrainian soldiers might be ready to participate in the offensive. 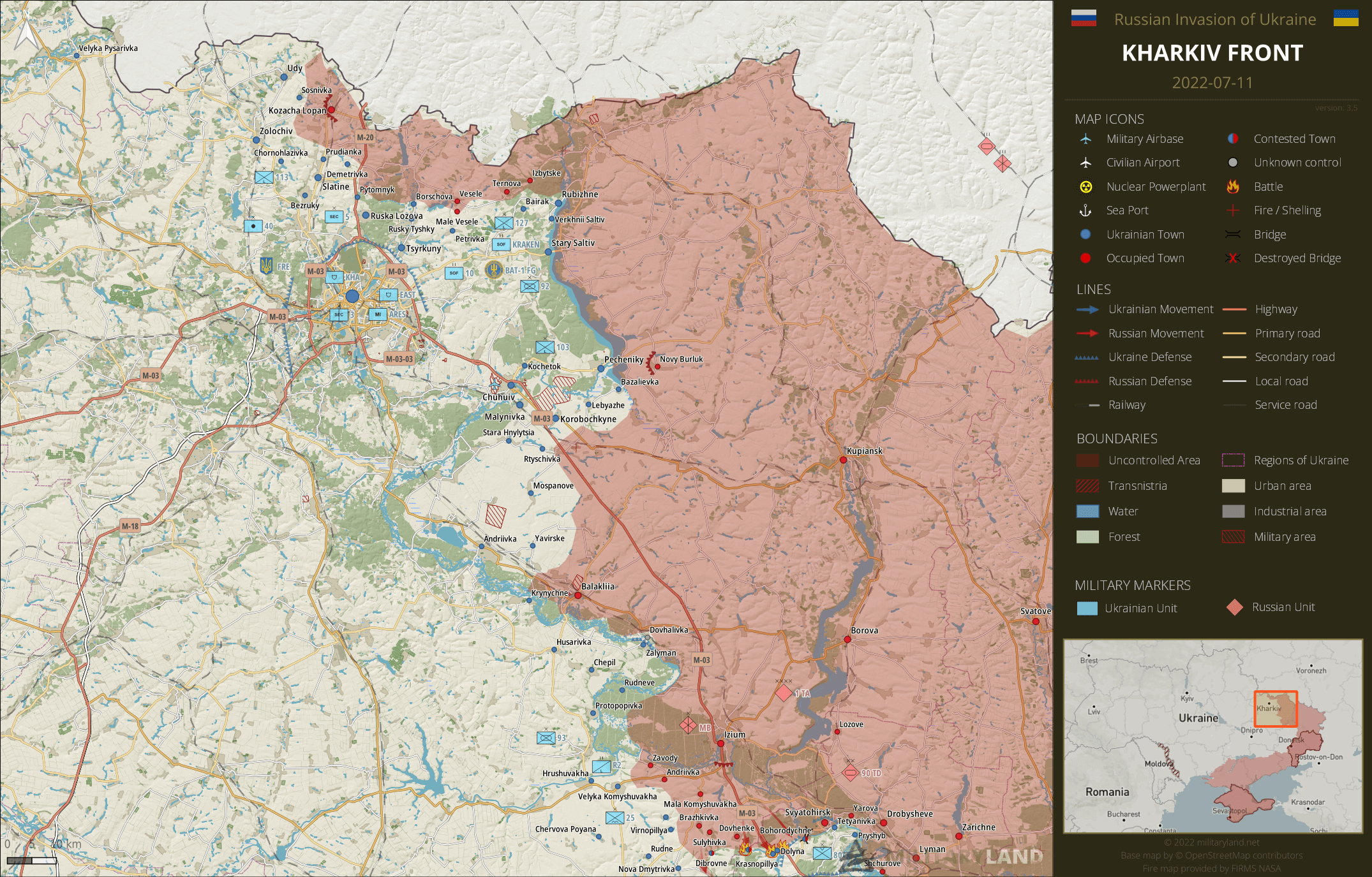 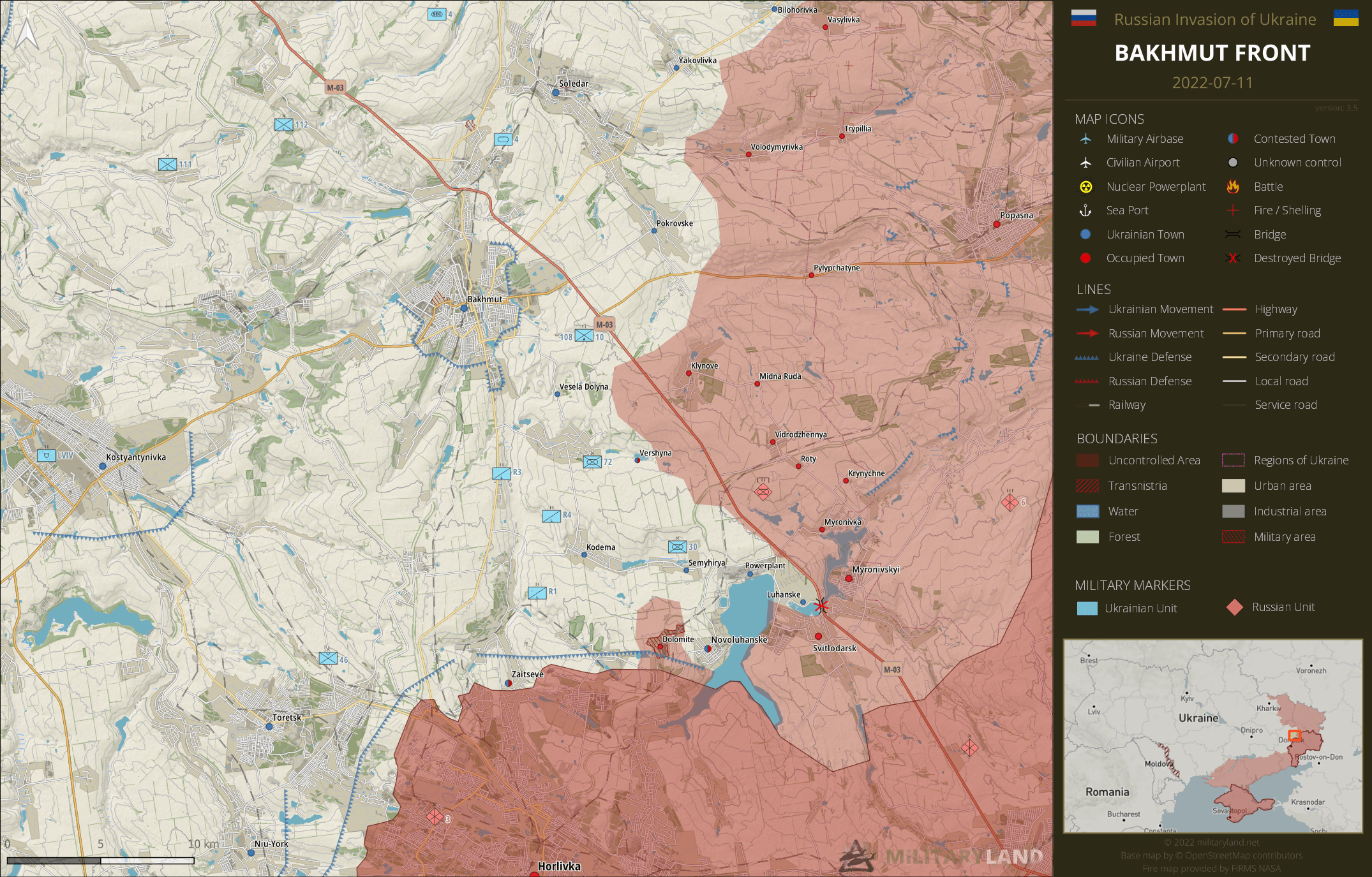 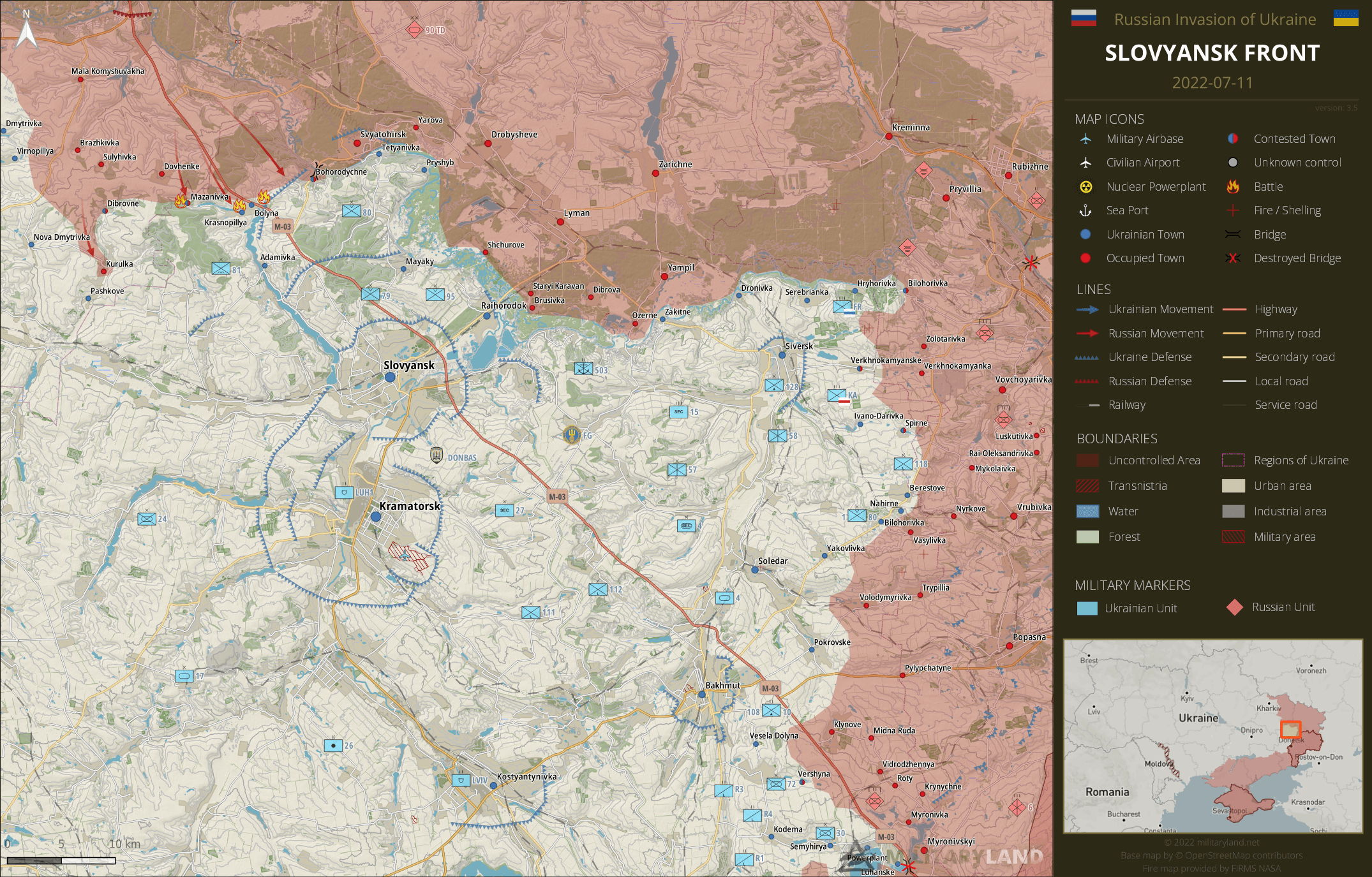 Correction: Based on the available information and reports by the head of Luhansk Oblast Haidai, it seems Bilohorivka settlement is contested. 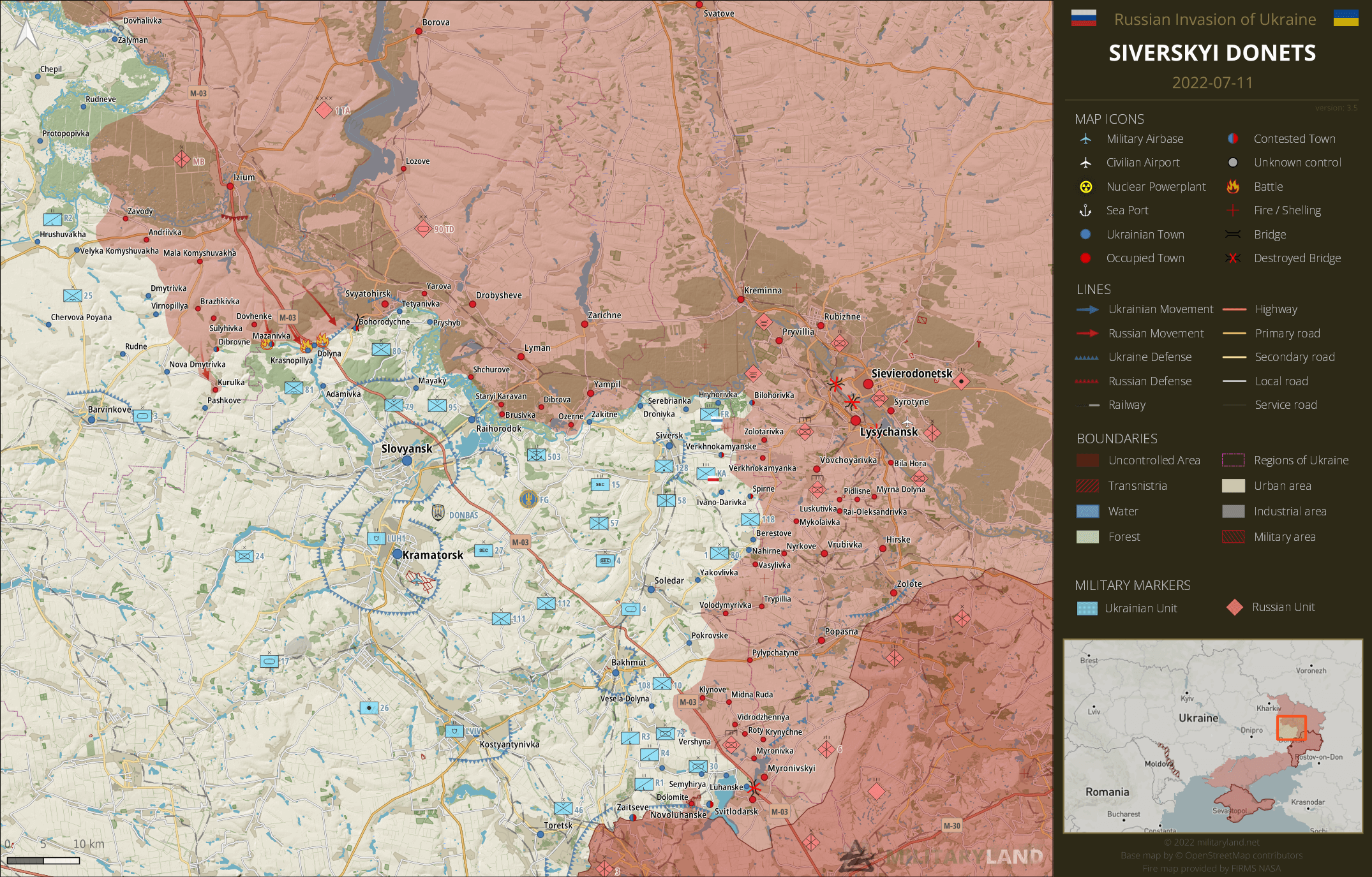 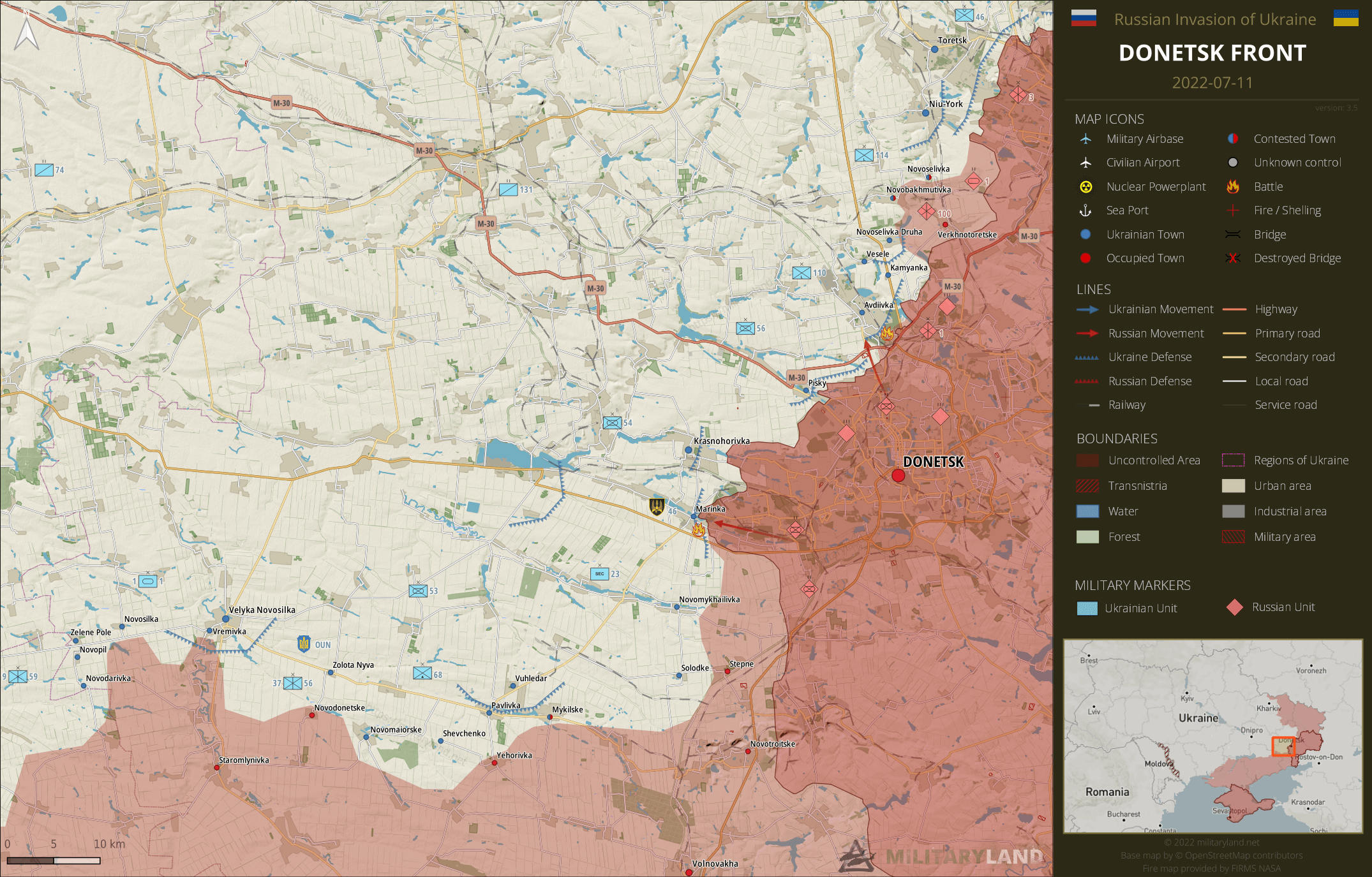 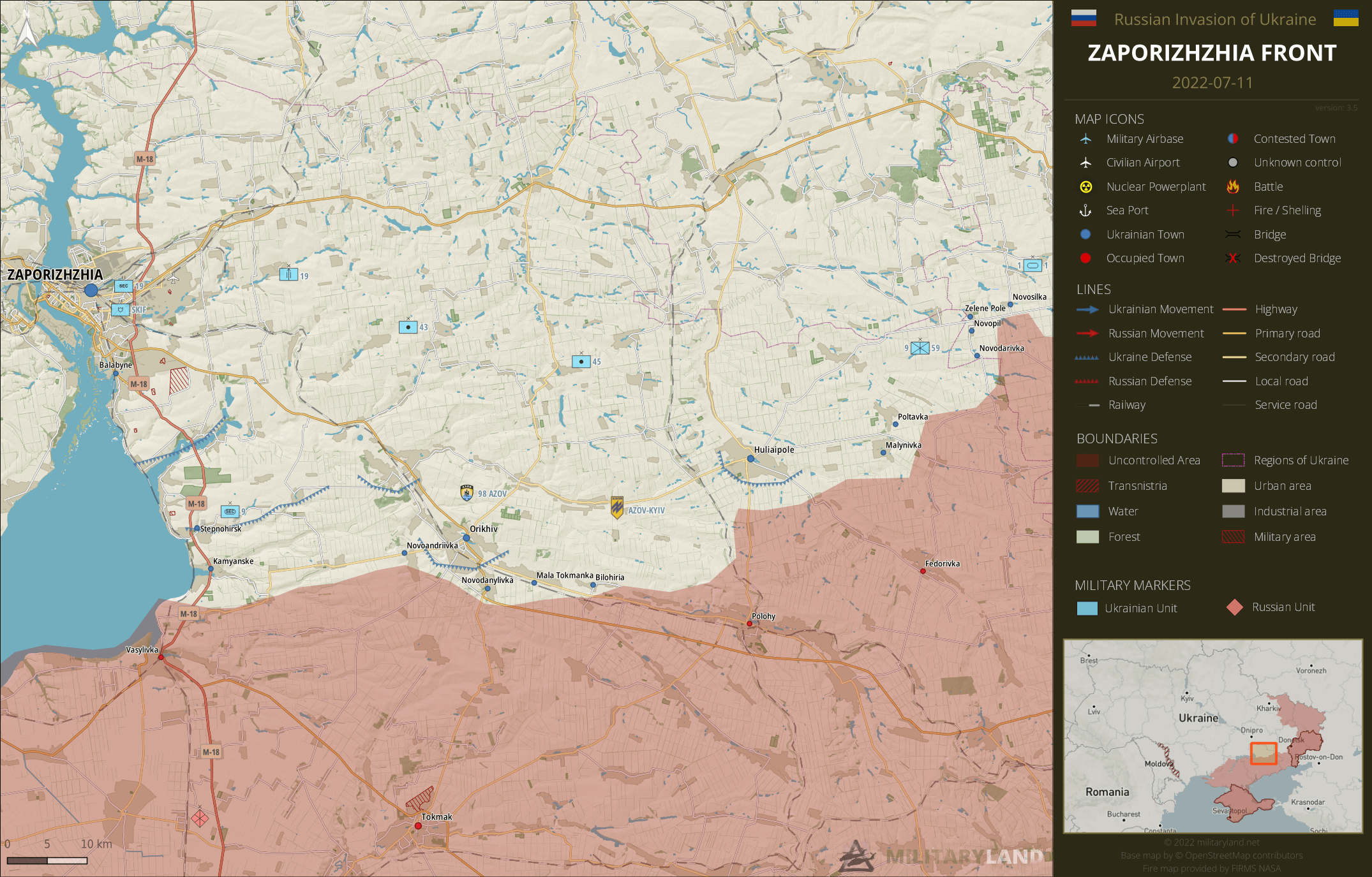 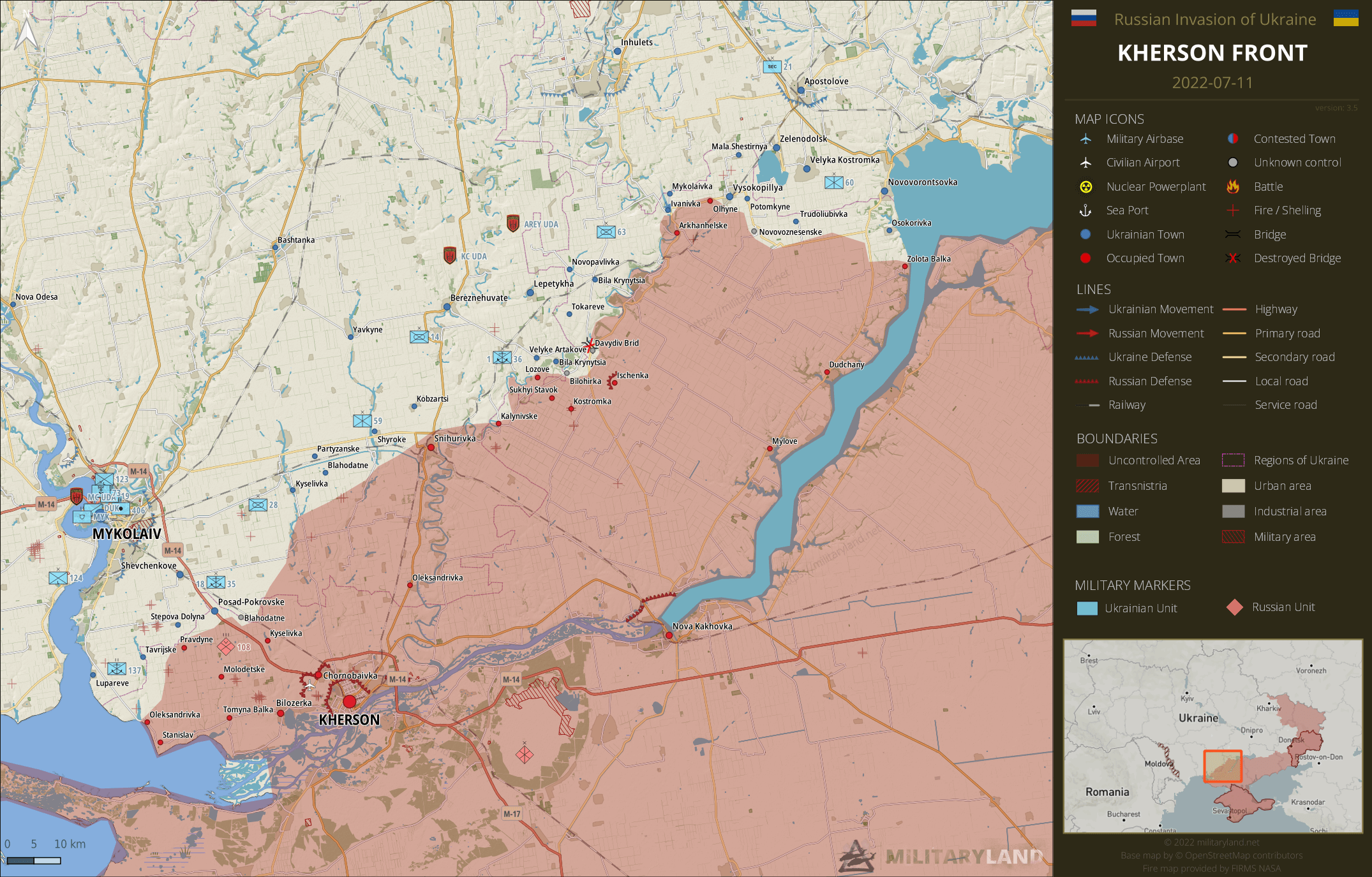 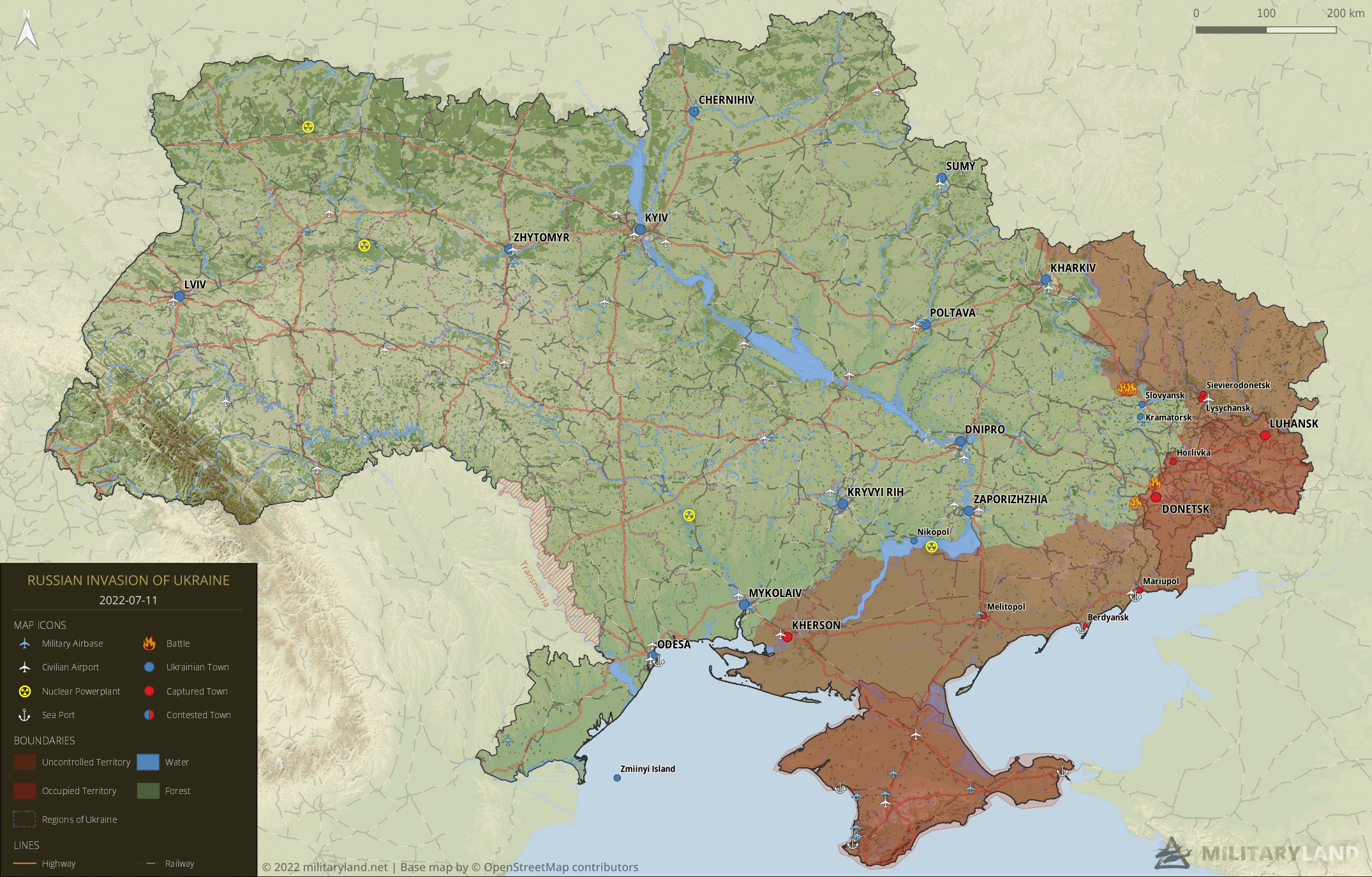 My post in the forum disapeared and i can´t login anymore. Anyone any ideas what is going on?

https://t.me/mod_russia/17598 : Mercenaries (foreigners) in UKR Army, according to RUS MOD.

There are no mercenaries in Ukrainian army, only volounteers…

US Congressman Spartz has asked Yermak, Zelensky’s Chief of Staff, to resign over his alleged connections with the Russian Federation and his refusal to tackle corruption in Ukraine by appointing pro-Russian bureaucrats to the highest levels of Ukrainian administration. I saw it in Butusov’s censor

68th Brigade is already marked on the map.

“In the Kherson direction, the enemy is trying to hold Novopetrovka and Arkhangelsk in order to be able to hold Vysokopolye.”

This should mean that Olgino is under the control of Ukrainians

The last word from UA General Staff regarding this area is RU troops retreated to Olhyne.

This guy is from Informational Resistance. They are known for publishing insider information from Armed Forces of Ukraine in coordination with military and security administration.

There has been a lot of discussion about Oleksandrivka, unfortunately there are a variety of opinions as to which Oleksandrivka the rumours are adressed.

Reportedly, Velikhy Prokhody is at least partly again under UA control (or never left it over the last weeks).

according to this post the order to attack was just to see how russians would react (found that on the last summary)
t.me/rezident_ua/13182
although it is still very likely that they will soon make a major counterattack on the southern front, but i don’t think that the russians are suprised by it

Well, the Ukrainians have to do something in my opinion. Otherwise, the Russian side with much more heavy machinery and troops would win in the long term. So this planned attack is not a surprise. However, it will probably take some time until everything is ready, maybe a few weeks.

1. Can the Ukrainians field a competent 1 million man army? 2. Can the Russians match said army and 3. What the he’ll is Putin thinking calling to fight the Americans on the field of battle? If this war has taught us anything it’s that the Russians wouldn’t last long against the USA

How does the Ukraine’s use of HIMARS help in terms of providing the Ukrianes with a force multiplier? Can they be used to take out enough of Russia’s. Ammo dumps, FOBs and or headquarters located in the Ukraine?

The handful of HIMARs, have confirmed expectations, being the weapon that more clearly offers a distinctive qualitative advantage versus the ex soviet derived MLRS, with higher precision, range and reloading speed, which enables to take out targets with lesser munition and less time of exposure.

I’m curious if more than just a hand full of HIMARS have been delivered to the Ukraine. With Poland putting in an order for 500 of these devices, 8 seems like a very small number of units. Maybe that’s all they needed to take out unprotected Russian stationary elements with a lot of time to prep

they are ‘force diminishers’ at the moment. There is no point in racing with Russia in guns or ammo, they have plenty even if sh*tworthy. But all the ammo in stock in Far East cannot help you when you have nothing where you actually need them. Rail nodes should be next targets.