The 28th Mechanized Brigade will defend Odesa in case of invasion.

Ukrainian 28th Mechanized Brigade has recently returned from Donbas to its garrison in Odesa. The brigade had been deployed on the fronline near Donetsk for several months and earned the time off.

However, due to threat of Russian invasion, servicemen didn’t rest for long. Ukrainian Staff announced military drills in the region and 28th Mechanized Brigade has been deployed to the city of Odesa and its vicinity today.

Military drills are schedules to last until March 5. Ukrainian officials ask citizens to don’t photograph any military staff and equipment. 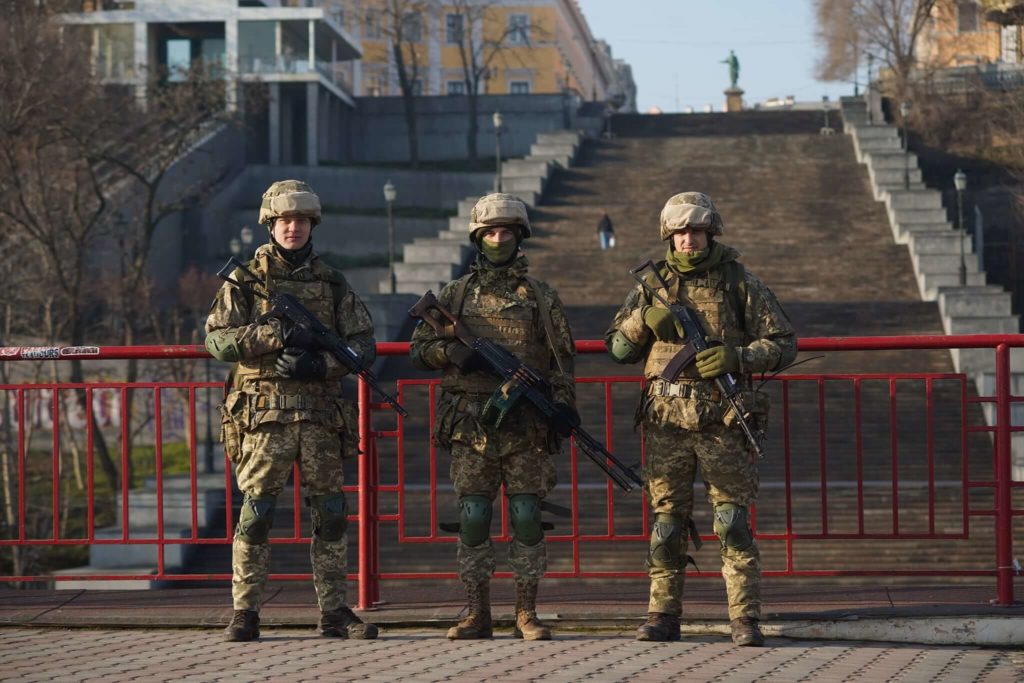 Soldiers of the brigade in Odesa

We currently don’t know who replaced the brigade in trenches near Donetsk.

We updated the Deployment map to reflect the changes.