We provide a basic summary of what might happen in the upcoming days.

Most likely any day next week. US officials gave a date, February 16, but we recommend watching the events closely all week. The invasion will most likely happen at night (Kyiv time). However, there is still a chance the invasion won’t happen at all.

The most probable plan is an air and artillery attack on strategically important points, followed by land invasion.

The land forces will probably hit Kyiv, Chernihiv and Sumy regions of Ukraine from Belarus and Russia. There is also a chance for diversion attack from Donbas and Crimea. This is based on movement of Russian forces alongside the border. 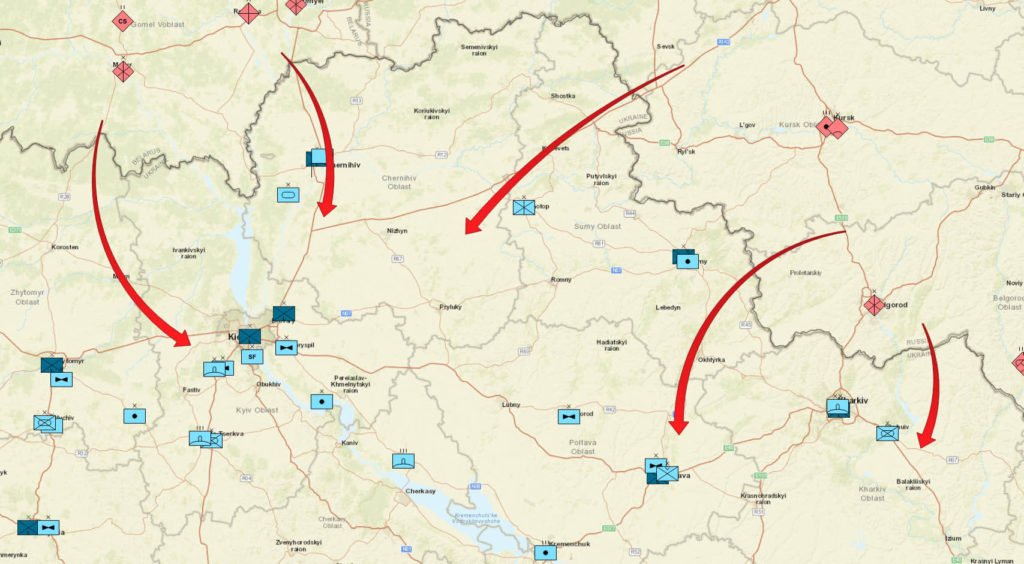 Russia has moved significant part of its forces to the border with Ukraine. The land and swamps in Ukraine are currently frozen, which allows Russia to use more land. This advantage will most likely disappears as temperature is reported to raise next week.