The “Z” sign have started to appear on all Russian military vehicles near the Ukrainian border.

Russian troops stationed near the border with Ukraine have started to mark their vehicles with a “Z” sign.

What does the “Z” stand for? It means probably nothing in particular, there is no Z letter in Russian alphabet. It’s a sign, to help other friendly units to identify friendly or foe.

Ukraine and Russia use identical military equipment. It’d be hard to tell if a tank belongs to Ukraine or Russia without any specific marking on vehicles, like the “Z” sign.

In 2014, Ukrainian forces, well aware of this problem, marked their vehicles with white lines. 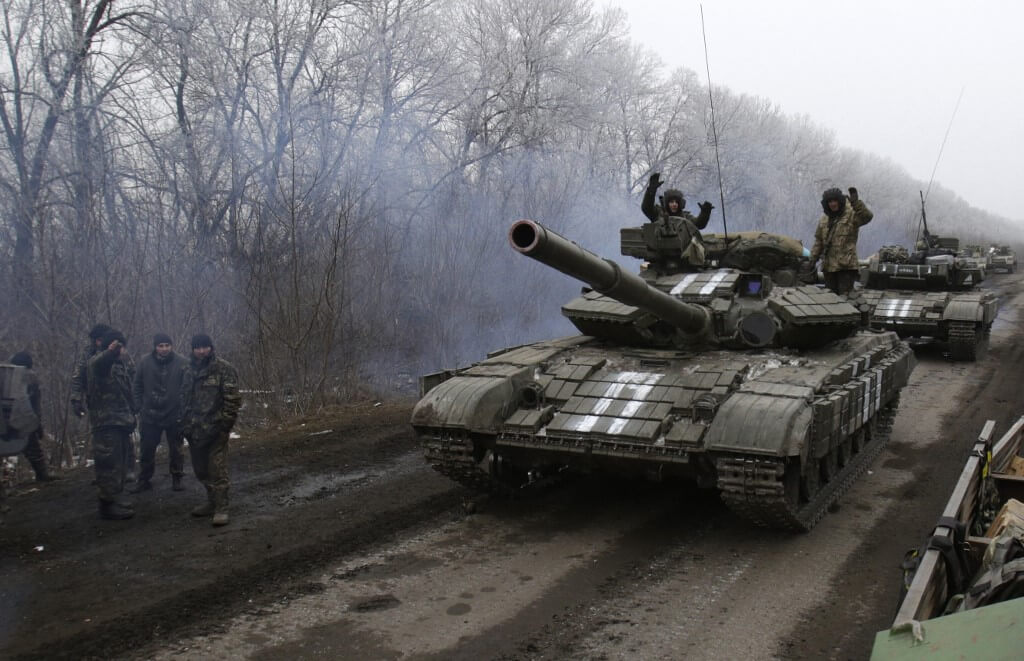 The Russian side, on the other hand, used a white circle in 2014. During the battle of Debaltsevo in 2015, Russian used white rectangle instead. The rectangle sign performed much better in combat, but still wasn’t sufficient enough. 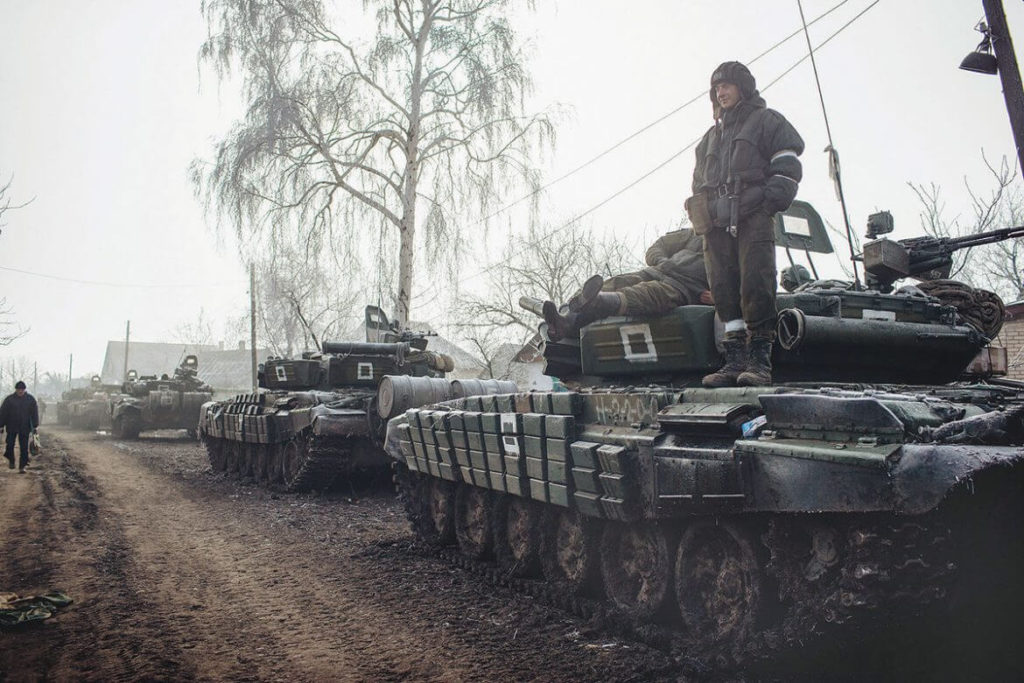 Russia seems to learn a lesson from the conflict in 2014 and 2015. The “Z” sing combines a white rectangle with Z letter inside. The signs are located on usual places, both sides, rear, front and most likely on top as well.

Based on videos and photos uploaded on social media, the rear units have a much simpler look of the “Z” sign than combat units. 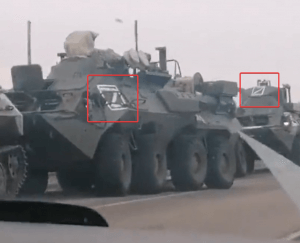 Combat vehicles such as tanks and APCs seems to be marked with additional white paint all over the vehicles. 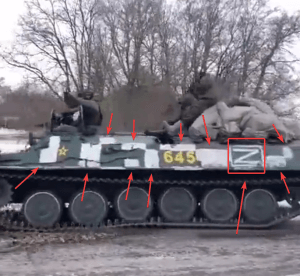 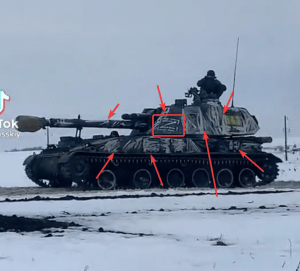 The additional “random” marking elements open a question if it’s a standard paint or a special luminous paint. If it is the second option, then the “Z” sign and additional markings glow under a certain light. Russian troops might be equipped by special scopes, which highlight the marked vehicles and will easily identify friendly or foe.

Whether it’s the case or not remains to be seen.