A week-long exercise, starting February 13 and near Ukrainian coast.

Russia has issued a warning that it plans to close a large part of Azov Sea and parts of Black Sea for upcoming missile drills. The closure is the largest since 2014. 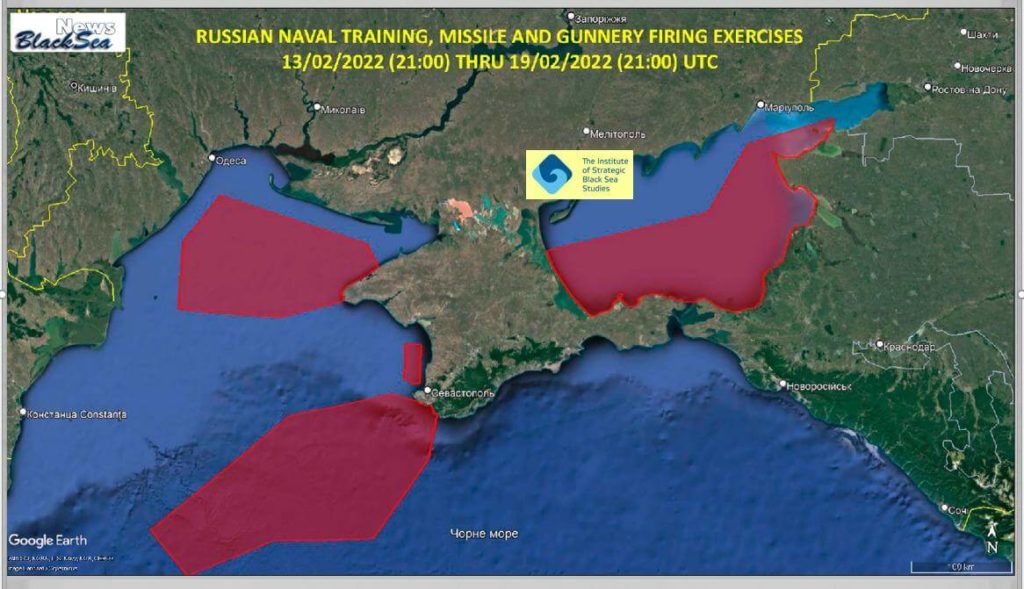 Russian forces will conduct naval training, missile and gunnery firing exercises in the closed areas (marked red on the map). The issued closure affects air and naval traffic, including civilian airplanes and ships.

As you can see on the map, the southern part of Ukraine is de-facto blocked. No civilian ship can travel to and from Ukrainian ports located on the coast of the Sea of Azov. There is a small gap near Odesa, but the movement will be very limited in the Black Sea.

The exercises are scheduled to last seven days, to February 20.

On February 9, the Russian landing ships of Northern and Baltic fleet entered the Black Sea. They will participate in those exercises.

If Russian side plans to invade Ukraine, the timeframe from February 13 to February 20 seems as the most possible.

Ukraine received a letter from Navigational Warning Service. Russia has cancelled the complete blockade of Azov Sea. The reason is currently unknown. Russia still plans to conduct the exercises, but only a limited area of Azov Sea. 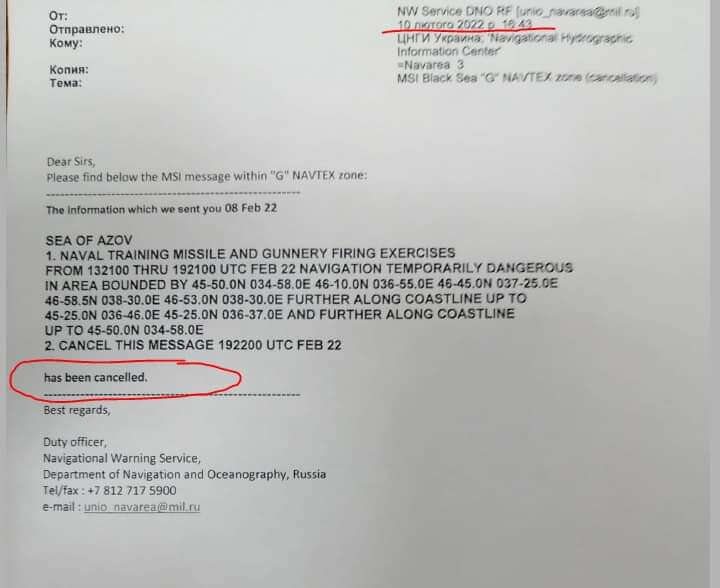