Ukrainian 36th Marine Corps Brigade, with support of 79th AirAssault Brigade and artillery, captured a strategically important Hill 73 near Vodyane. The position, nicknamed “Derzkaya” is overlooking Vodyane and was abandoned by separatist forces due to constant pressure by Ukrainian forces in the area and heavy casualties sustained there. It’s a significant development of Ukrainian tactics as until recently, the Ukrainian Army was just capturing empty “grey zone” areas. 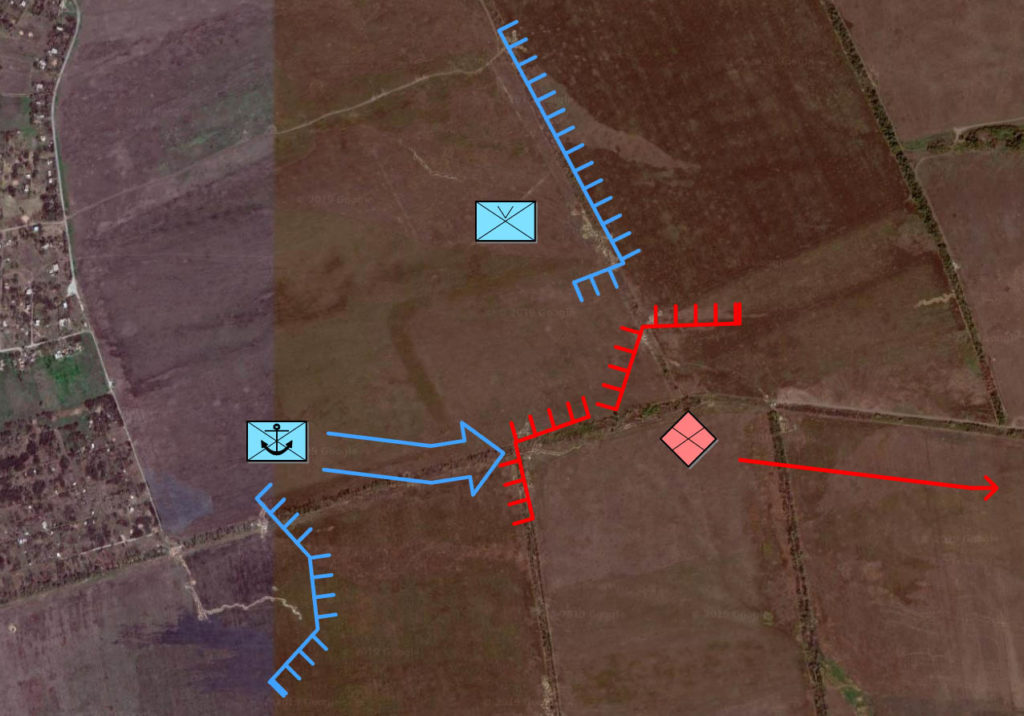 The Hill 73 has been captured at the begging of June but we could verify such information and position during the previous week. You can find photos from the positions and captured equipment below.

Due to changes in the Ukrainian unit’s deployment in Donbas and recent advance near Mariupol, we updated our map.