HIMARS is short for High-Mobility Artillery Rocket System. Officially, its System Name is the M142 HiMARS, but it is generally just called a HiMARS by most.

This system is part of the MLRS (Multiple Launch Rocket Systems) family of artillery systems, which include the M270 series of launchers.  The HiMARS is the newest member of this family, being developed in the late 1990s and deployed operationally by the US in Iraq in September 2005.

The HiMARS is a three person (Driver, Gunner, Section Chief), lightly armored wheeled vehicle based on a 6×6 all-wheel drive 5 Ton Truck built by BAE Systems Mobility and Protection Systems in Texas.  It weighs approximately 24,000 lbs, and is transportable in C-130s, C-5s, and C-17s, which gives it more deploy-ability than the heavier M270 series systems which can only deploy via C-5 and C-17s.  It has a very good off-road capability and is generally considered a reliable vehicle in terms of maintenance by its users.  It has an approximate range of 300 miles/480 km on a full tank of diesel, and a top speed of 53 mph/85kmph.  The system is 7m(l) by 2.4m(w) by 3.2m(h).  It is faster than the tracked M270 series MLRS and has a longer range, but it has only half the payload of the M270 series.  While BAE builds the truck part, the launcher and firing system is built by Lockheed-Martin. 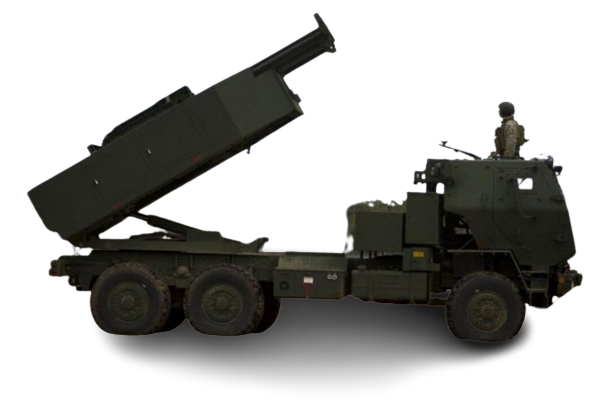 The HiMARS has a launcher mounted on its back that is capable of a 360-degree traverse, is self-loading, and can utilize several types of munitions.  Initially the HiMARS could fire the M26 MLRS Rocket out to 45 km, but that munition has been phased out of the US inventory and is no longer in use by the US or other users.  The two munitions used currently are the extended range guided rocket GLMRS and the ATACMS.

The GMLRS is a GPS guided rocket with an unclassified range of 70km and is accurate to plus/minus 1 meter of its target.  This weapon is packaged in a “six-pack”, or a self-contained rack of six rockets.  One six pack can be loaded in a HiMARS, and they can be fired singly, or in groups of three or six.  This system was first used in Iraq in 2005, and has seen extensive use in Iraq, Afghanistan, Syria, and currently Ukraine.  The munition is officially called the M30/M31 series, and has several variants, some of which are no longer in use, or have been upgraded.  The M30A1 and A2 are the most common.  The A1 utilizes pre-formed tungsten fragments for an area effect without the issue of duds or unexploded ordinance (a problem with the M30 and the M26 series).  The A2 version uses a regular High Explosive warhead, but also has a multi-mode fuze that allows for “airbursts”, or making the warhead activate 15 to 20 meters over the ground and shower the ground with fragments.  These types are usually used against softer targets such as troop concentrations, ADA sites, Headquarters units, supply and ammunition depots or dumps, or communication sites where there the target lacks protection from the fragments.  It is also very effective against other artillery units, and this was one of the original reasons the MLRS M270 was developed back in the late 1980’s.  The M31 series tend to be used against hardened targets, such as bunkers, or as shown repeatedly in Ukraine, bridges.

The other munition is the ATACMS, or Army Tactical Missile System.  This is a much longer ranged surface to surface missile with an unclassified range of 300 kms.  Only one can be fired per HiMARS launcher at a time, but has a much longer range, and a much larger warhead.  Five different types of this weapon have been developed, but the M39 and M38A1 no longer exist in inventory.  The M48 and M57 are equipped with GPS guidance and a 500 lb. warhead.  The M57E1 has another high explosive warhead, but with a proximity warhead to allow for airbursts.  As of this time, no ATACMS missiles have been sent to Ukraine. 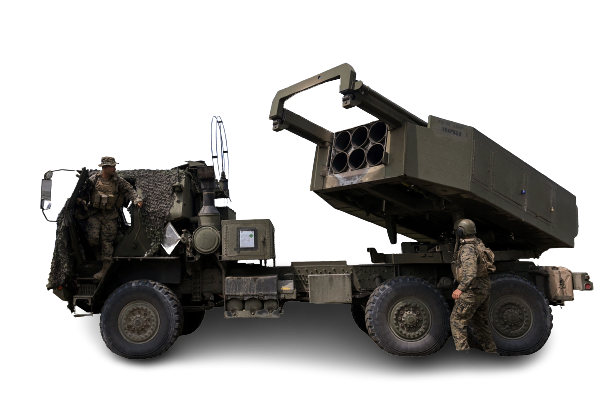 Users of this system include the United States Army and US Marine Corps, with the US Army fielding several brigades’ worth of this system both in active duty and National Guard units, and the USMC fielding several battalions worth.  Other users include Romania, Singapore, the United Arab Emirates, Jordan, and most recently Ukraine.  Several other countries have been approved to purchase this system, including Australia, Estonia, Poland, and Taiwan (Republic of China).

In the Ukrainian War, the HiMARS has proven to be a critical system for the Ukrainian military and has allowed them to cause major disruptions to the Russian supply systems, transportation systems, critical infrastructure (especially bridges), Headquarters, and various concentrations of artillery and troops. Its range and accuracy have allowed Ukraine to cause significant problems to the Russian logistical system and has been a key part of the Kherson Offensive, as it has knocked out all the pre-war bridges controlled by the Russians on the Dnieper River and prevented them from establishing regular pontoon bridges.  Numerous ammunition dumps and depots have been successfully targeted by HiMARS and this has been critical in offsetting the Russian artillery advantage in several areas of operation.

The Russian military has been unable to effectively counter this system, despite several different attempts.  The high mobility and speed of the system enables rapid movement, and coupled with the range of the rockets, makes Russian artillery or rocket counter-fire nearly impossible.  Ukrainian ADA has been able to protect them from air attack (along with many other things).  And the Ukrainians have successfully used mockups and decoys to divert Russian attacks from the real systems.  The Ukrainians have additionally detained several spies or scouts sent to find these systems and report their locations.

According to the US, Ukraine has been provided a current total of 38 systems with guided rocket M30/31 series ammunition.  ATACMS has not been delivered, but the Ukrainian Government is constantly lobbying the US for them.  Ukraine has stated that according to its estimates, they require at least 100 of these or like systems (such as the M270) to conduct a defense successfully, and 200 to go over to the offensive, but recent events have shown that may not be the case.  If the M270 series vehicles provided by Germany and the United Kingdom are included, the Ukrainians currently have 44 systems total of M142 HiMARS and M270 MLRS/MARS (MARS is the German version). 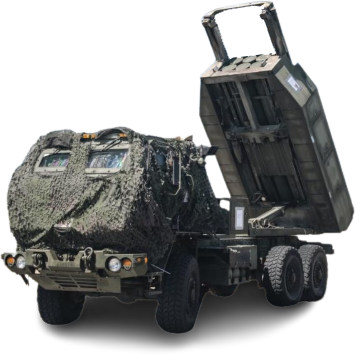