Russian recognition of the Donbas republics immediately raised a question about the borders. Will they pursuit for the entire regions and possibly capture the area by force, or just keep the current status quo?

The question, however, didn’t hang a long in the air unanswered. Spokesman of Luhansk People’s Republic (LPR) announced today they consider the entire Luhansk Region as their land. According to the spokesman, Ukrainian forces should withdraw from the region, or they will face consequences.

Ukraine currently controls more than half of the Luhansk Region, including large cities such as Severodonetsk and Lysychans’k.

Spokesman of Donetsk People’s Republic (DPR) soon followed his Luhansk counterpart. They also claim the whole region, including big and iconic cities like Mariupol, Slavyansk and Kramatorsk. Ukraine should also withdraw its forces from the region. 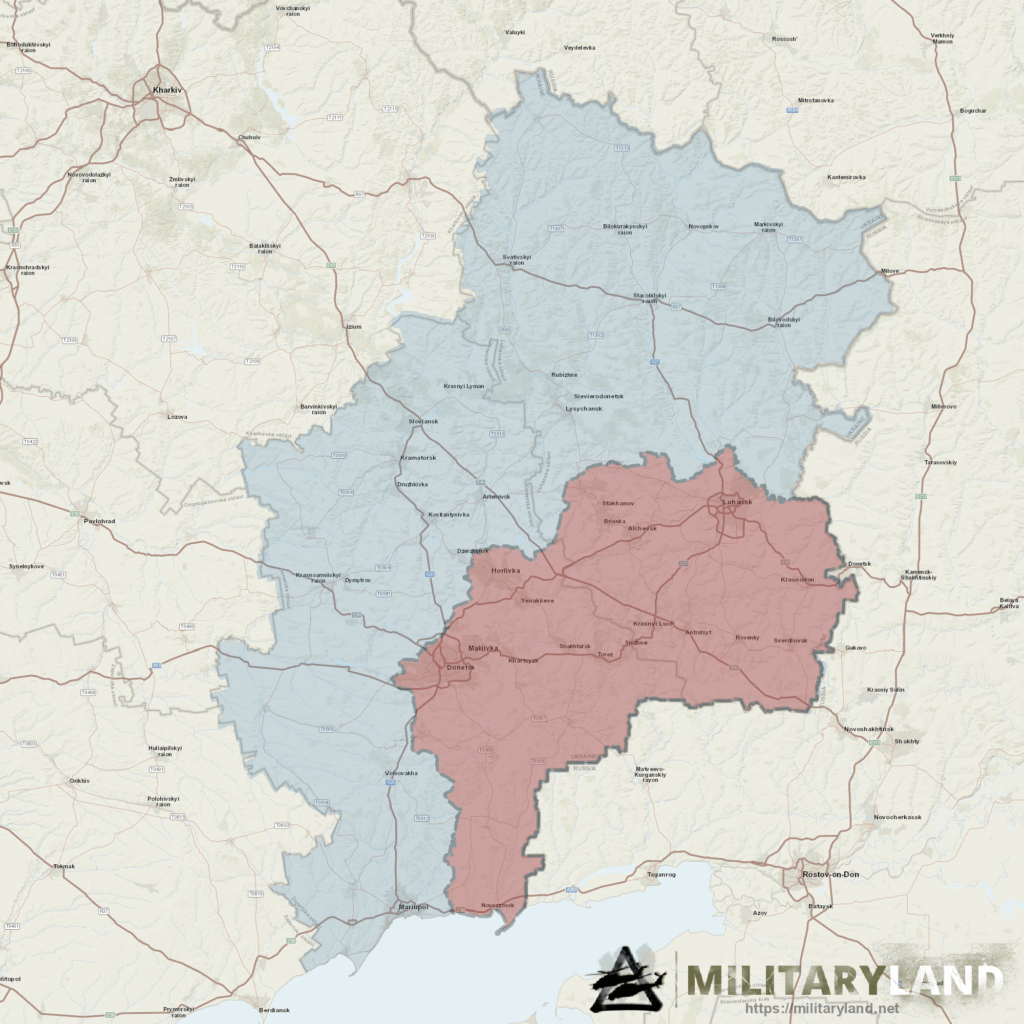 Ukrainian forces do not plan to withdraw, of course. They will stand the ground and fight back if the enemy tries to take the remaining territory by force. This decision has been confirmed by Ukrainian President Zelensky during his speech to the nation yesterday.

We might be looking on a potential pretext for Russian invasion of Ukraine.