Ukrainian troops have liberated more settlements north of Kharkiv. Russian forces are unable to breakthrough anywhere, resulting in static clashes or just minor advances. The Ukrainian president mentioned a possibility of an attack from Transnistria in the evening’s speech. 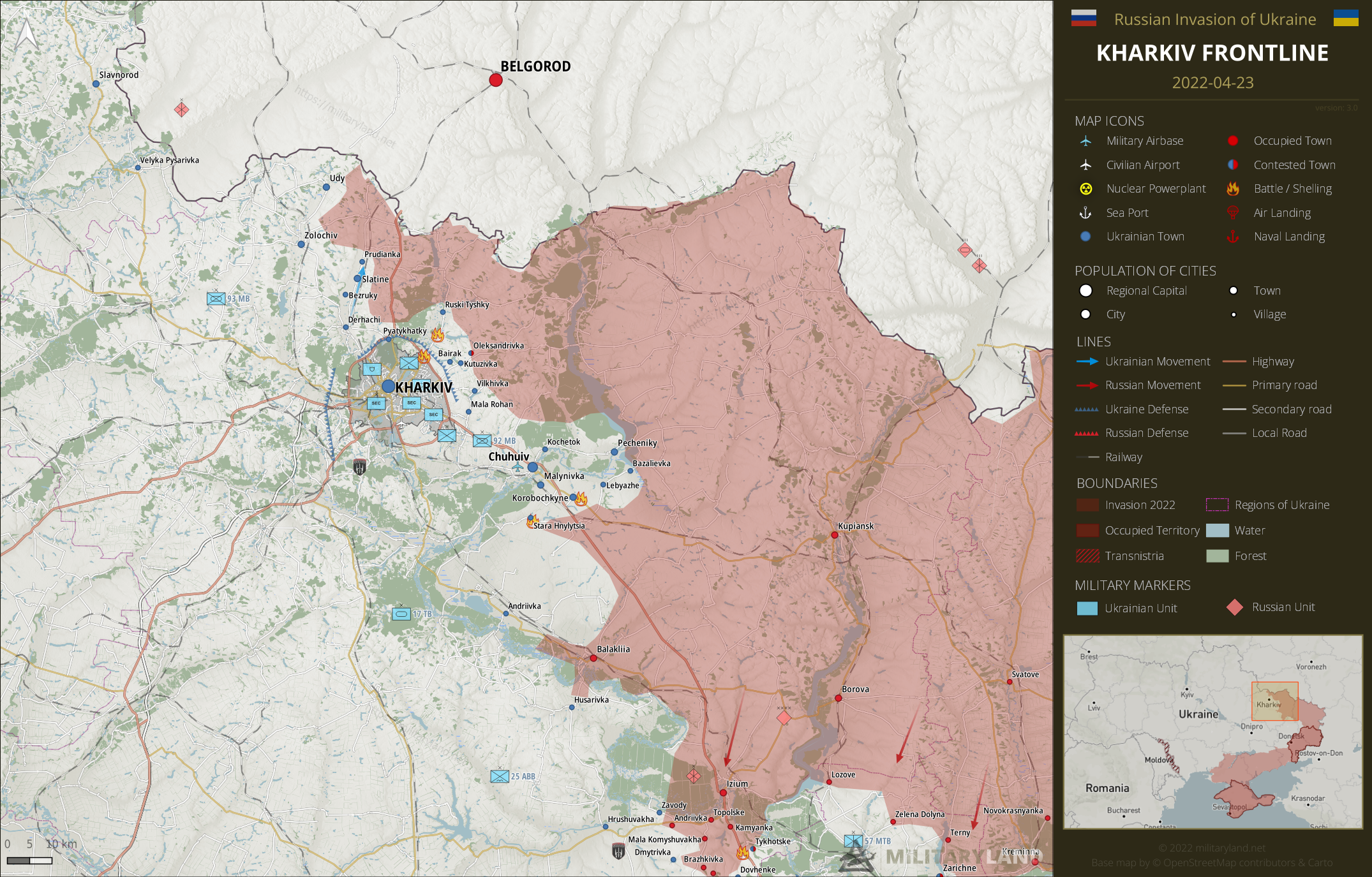 Ukrainian forces have liberated Bezruky, Slatine and Prudianka north of Kharkiv. Russian forces shelled Ukrainian positions at Stara Hnylytsia and Korobochkyne. The latter one was recently liberated, but we lacked verified info until today. 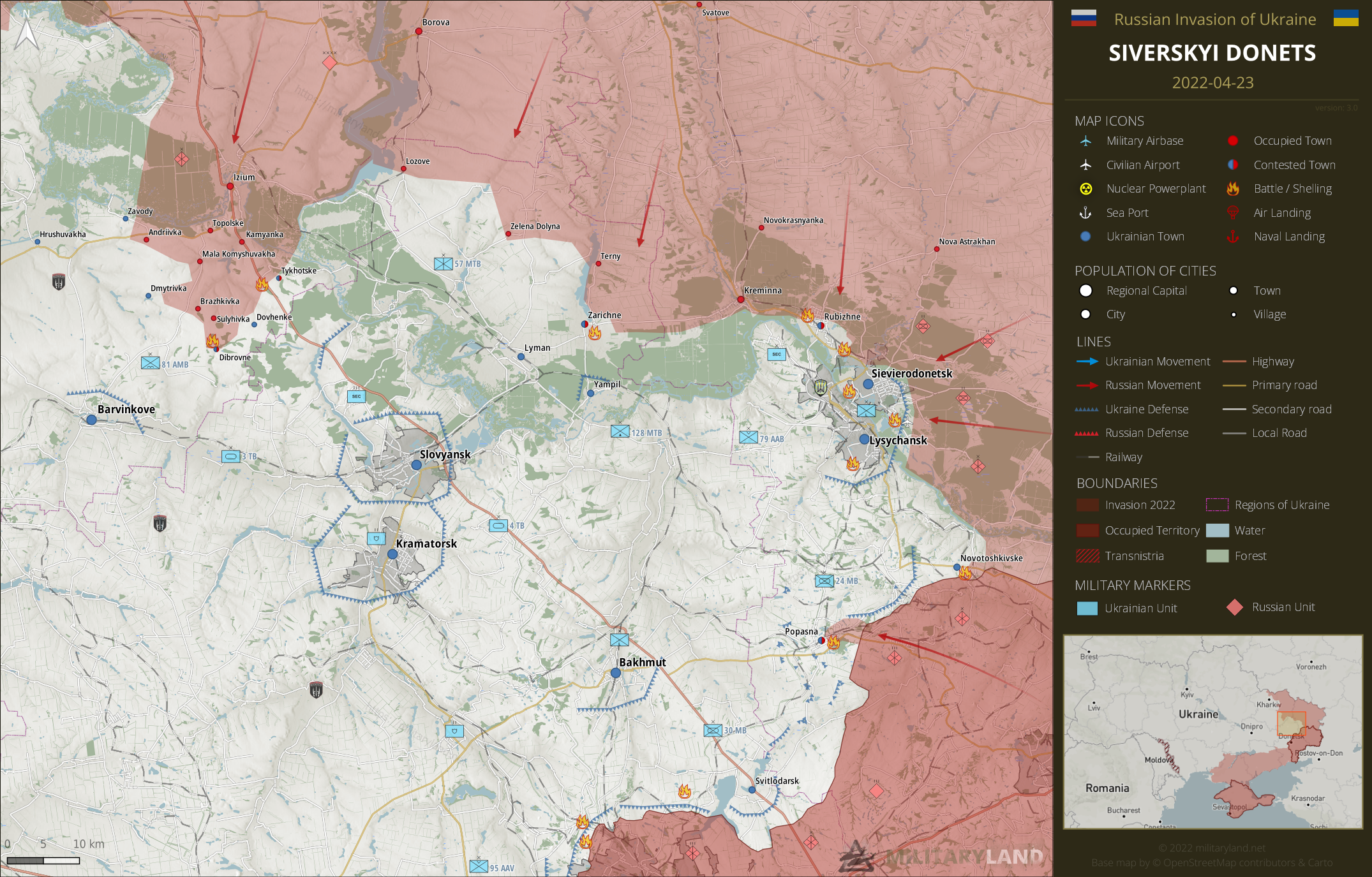 The hottest point remains Popasna and Rubizhne, where fighting and shelling is ongoing nonstop. Russian forces assaulted Ukrainian positions at Dibrovne and Zarichne, but without success.

Russian artillery hit a pumping station in Luhansk Oblast. Lysychansk and nearby villages are left out without water as the result. 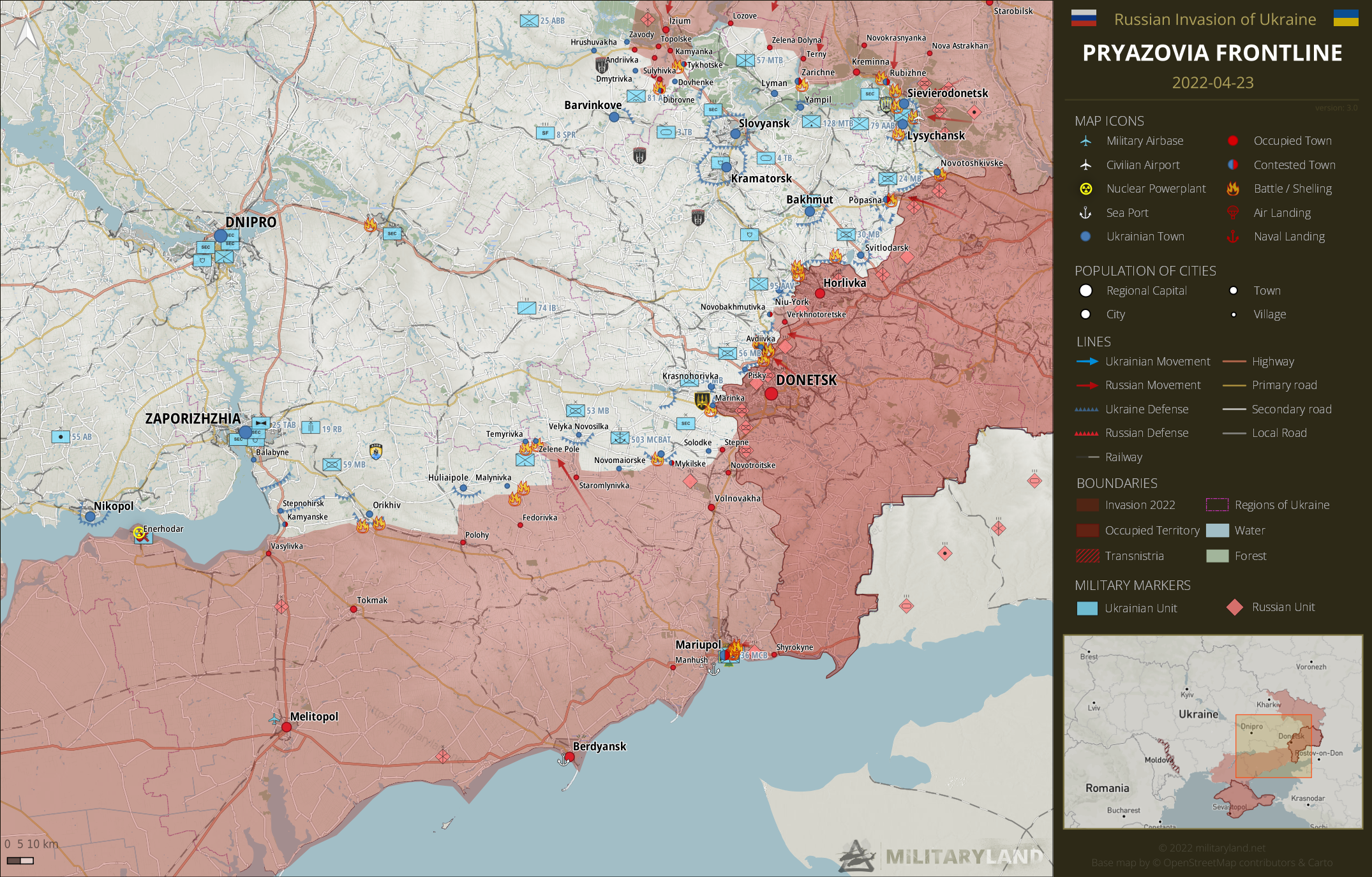 Russian forces have met fierce resistance in Zelene Pole, Temyrivka, Malynivka and are unable to advance further north at this moment.

Russian army shelled Ukrainian positions at Orikhiv, but the main focus of the enemy is currently Donbas, not Zaporizhzhia. 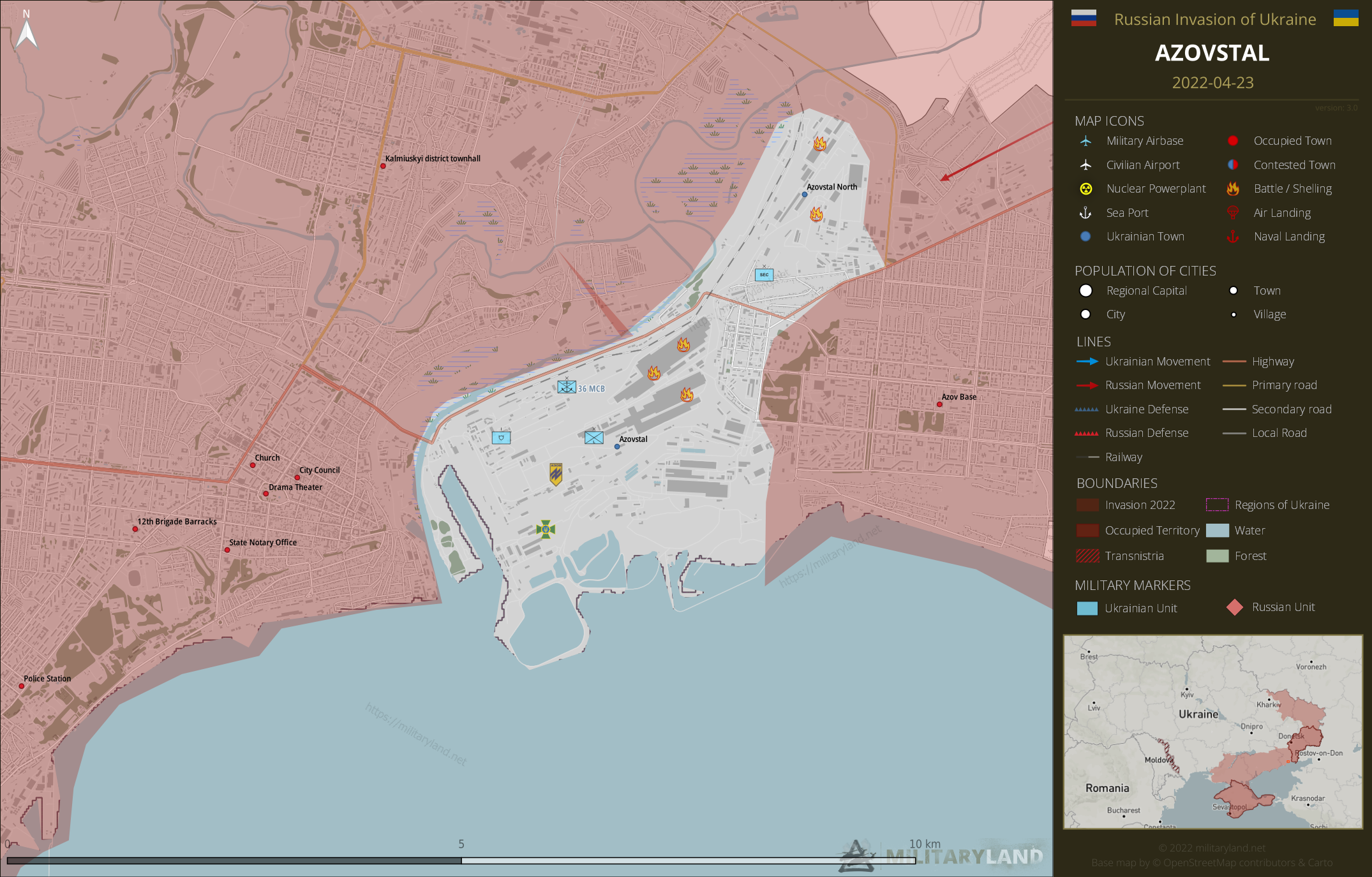 Ukrainian president Zelensky stated today that Ukrainian Army has currently no means to deblock Mariupol. Mainly due to the lack of heavy weapons and the enemy’s air superiority. 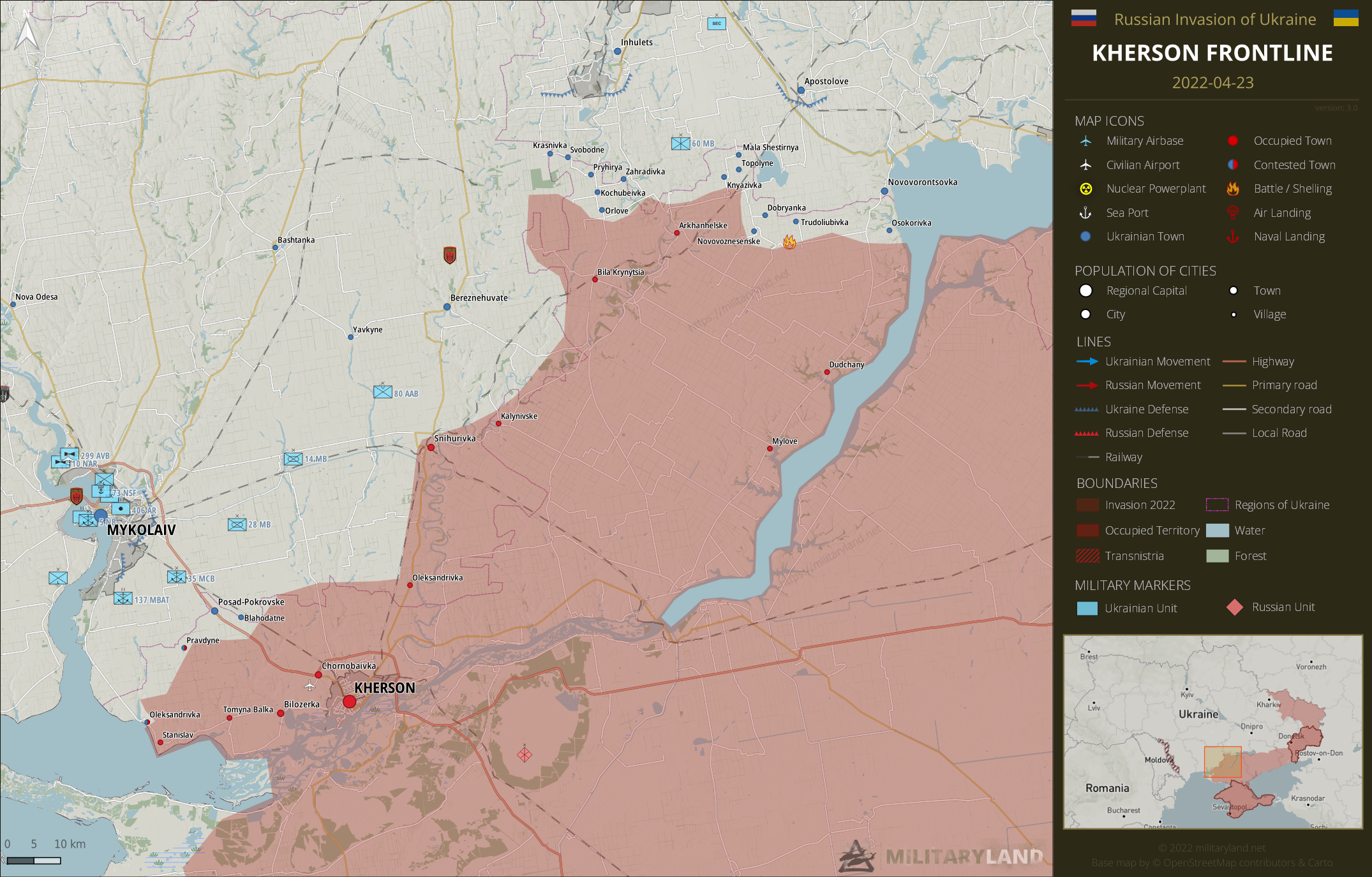 Explosions were heard at night, but no casualties. 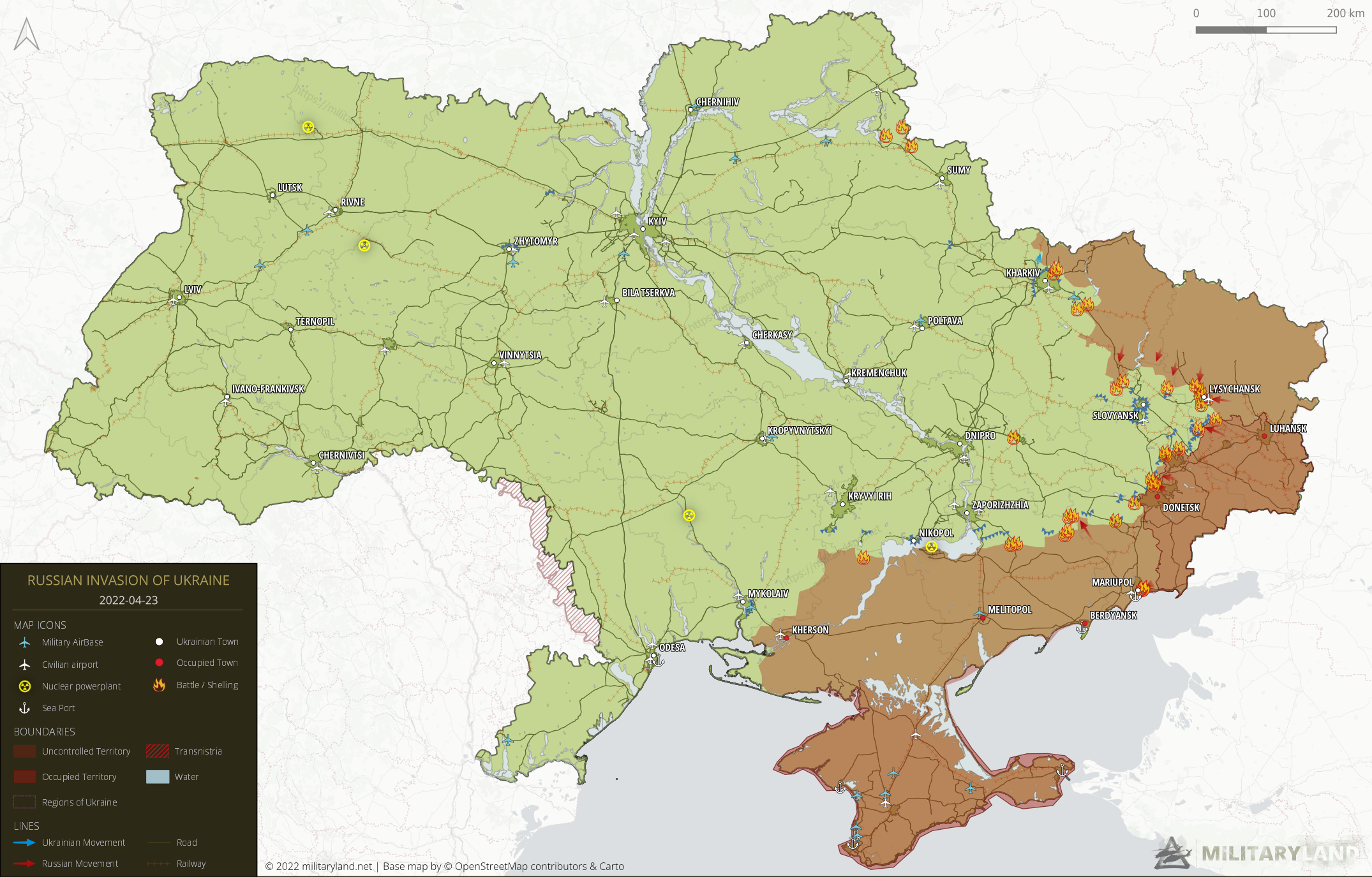 14th Mechanized Brigade moved from NW to Kiev to Cherson. That could make a difference there!

Just want to give a quick thanks for everyone who helps put in and find this information so fast every day. My two most up to date sources of information on this war are this website, and the SpeakTheTruth Youtube channel (which I recommend for those who are interested in updates like these). Obviously, the best sources are on the ground but I want to thank you guys for being one of the best for… Read more »

“The Ukrainian president mentioned a possibility of an attack from Transnistria in the evening’s speech” I don’t want this to happen, because that would mean more people are going to be killed. However, if such a thing happens I hope Moldova will got help from NATO (and Ukraine) to free the Transnistria… from TASS (Popraganda): “Russian army eliminates logistics terminal with foreign weapons near Odessa ” I haven’t seen any evidence of that, I only… Read more »

i saw some pictures that they managed to hit a cemetery…

A cemetery. That’s a logistics terminal indeed. I mean, don’t we all end up there eventually?