Russian forces slowly advance in Kharkiv Oblast towards Barvinkove and Slovyansk. Ukrainian Army continues to strengthen its forces in Donbas. 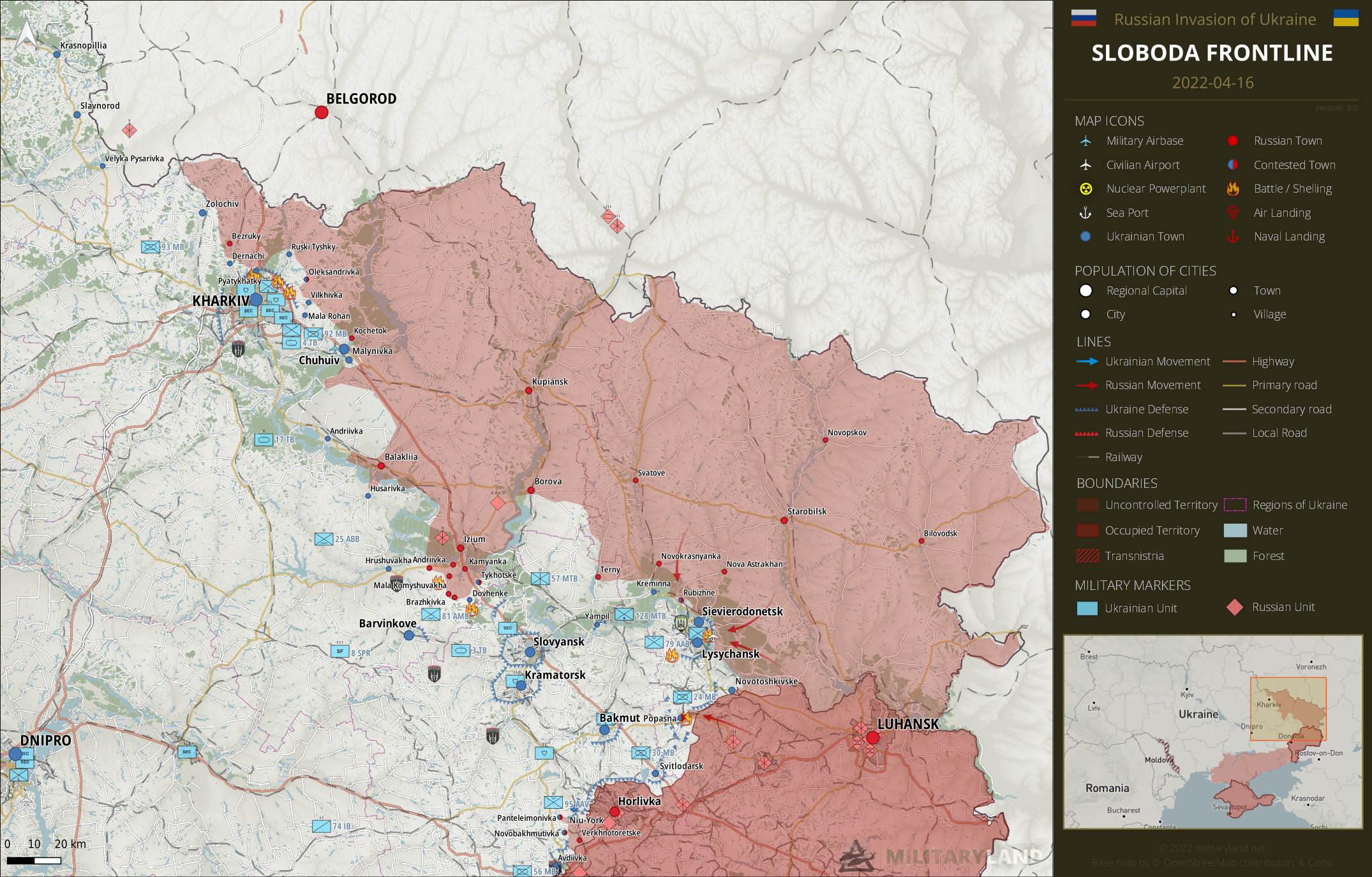 Multiple civilian casualties were reported from Kharkiv as the result of Russian shelling of residential areas. 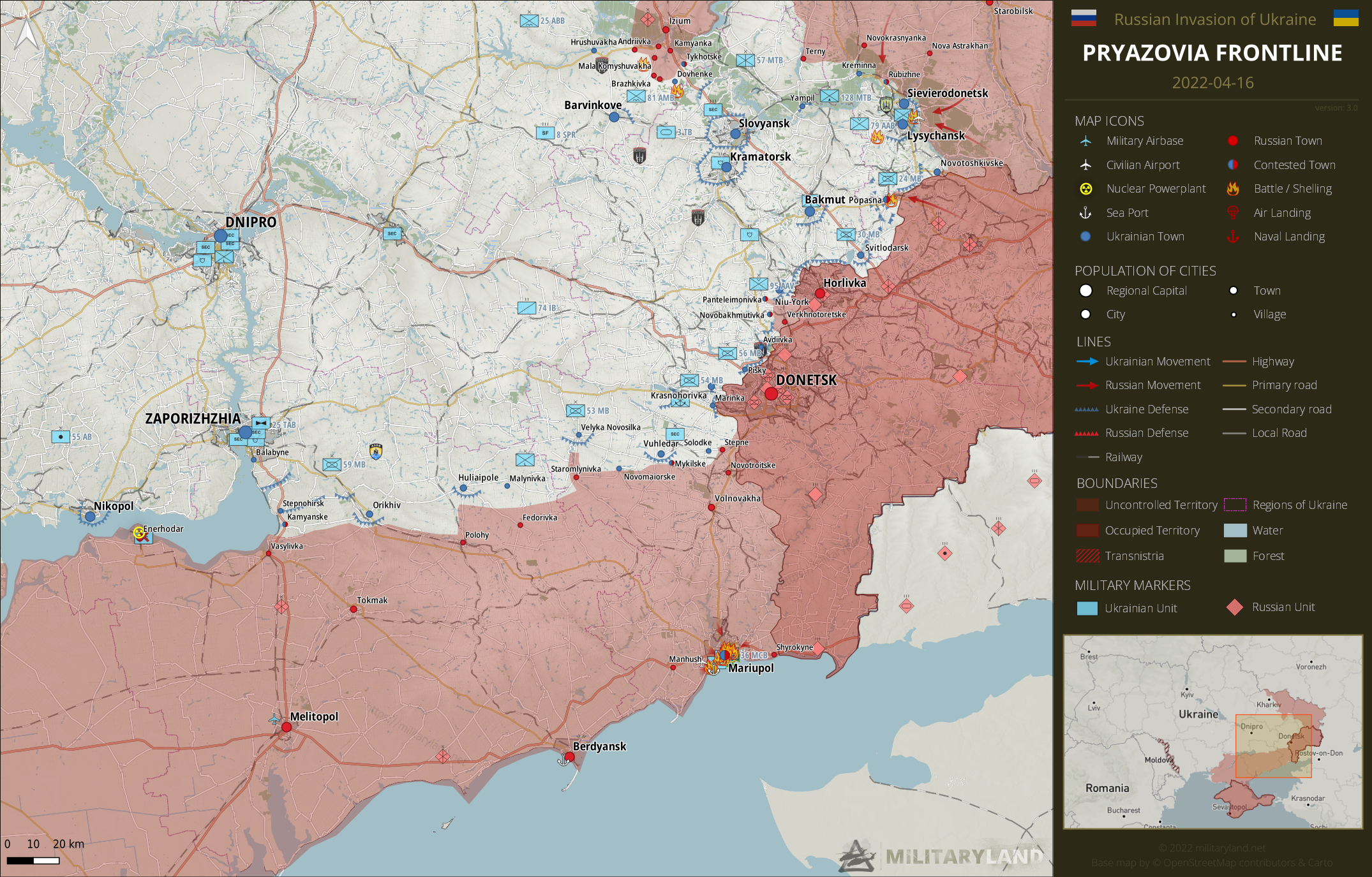 Sporadic shelling was reported from the vicinity Marinka and Avdiivka. 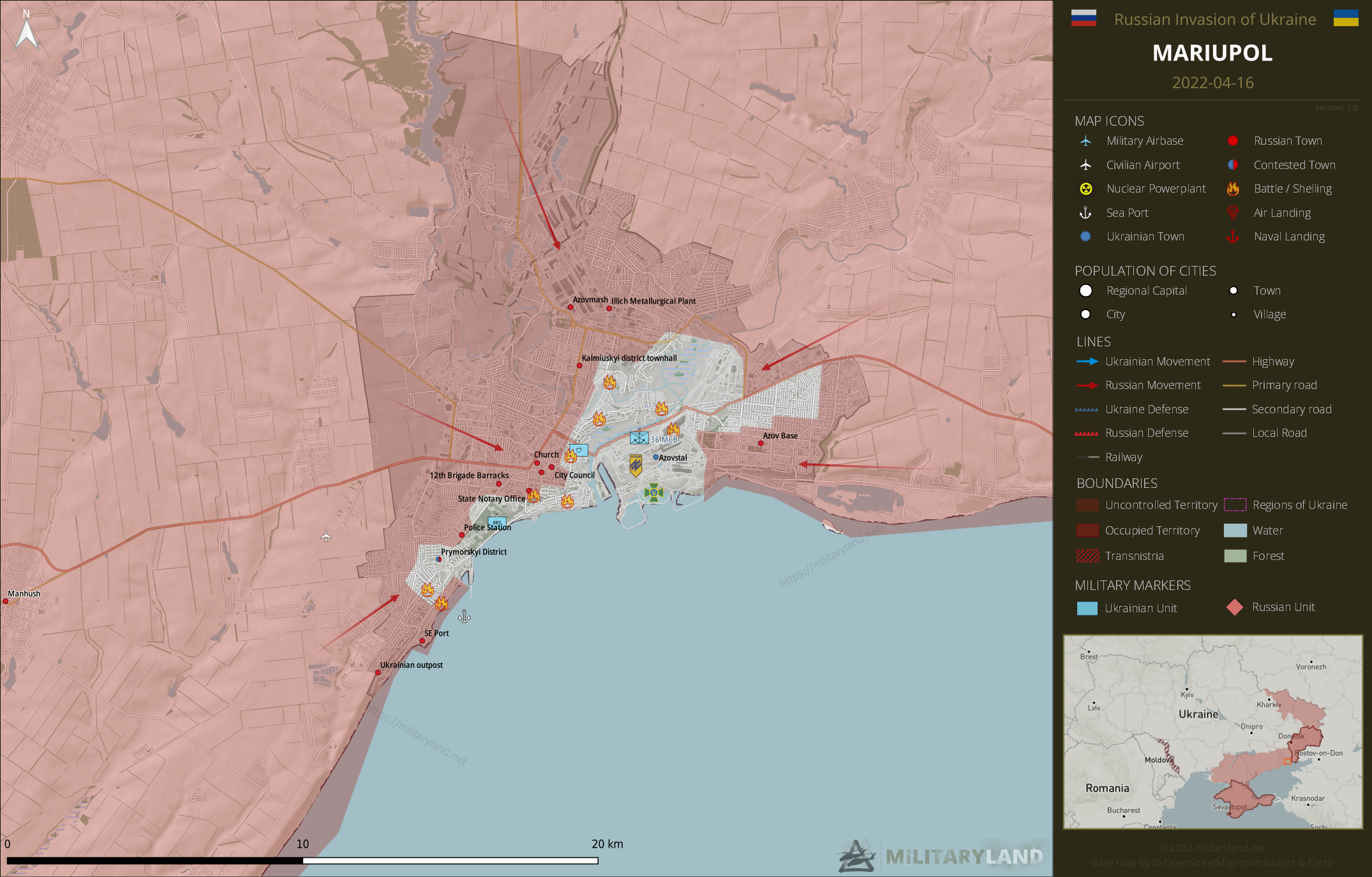 Russian forces captured a police station in the western part of Mariupol and most of the harbor. Prymoryki District is contested at this moment, but Ukrainian troops most likely withdrew towards Azovstal. 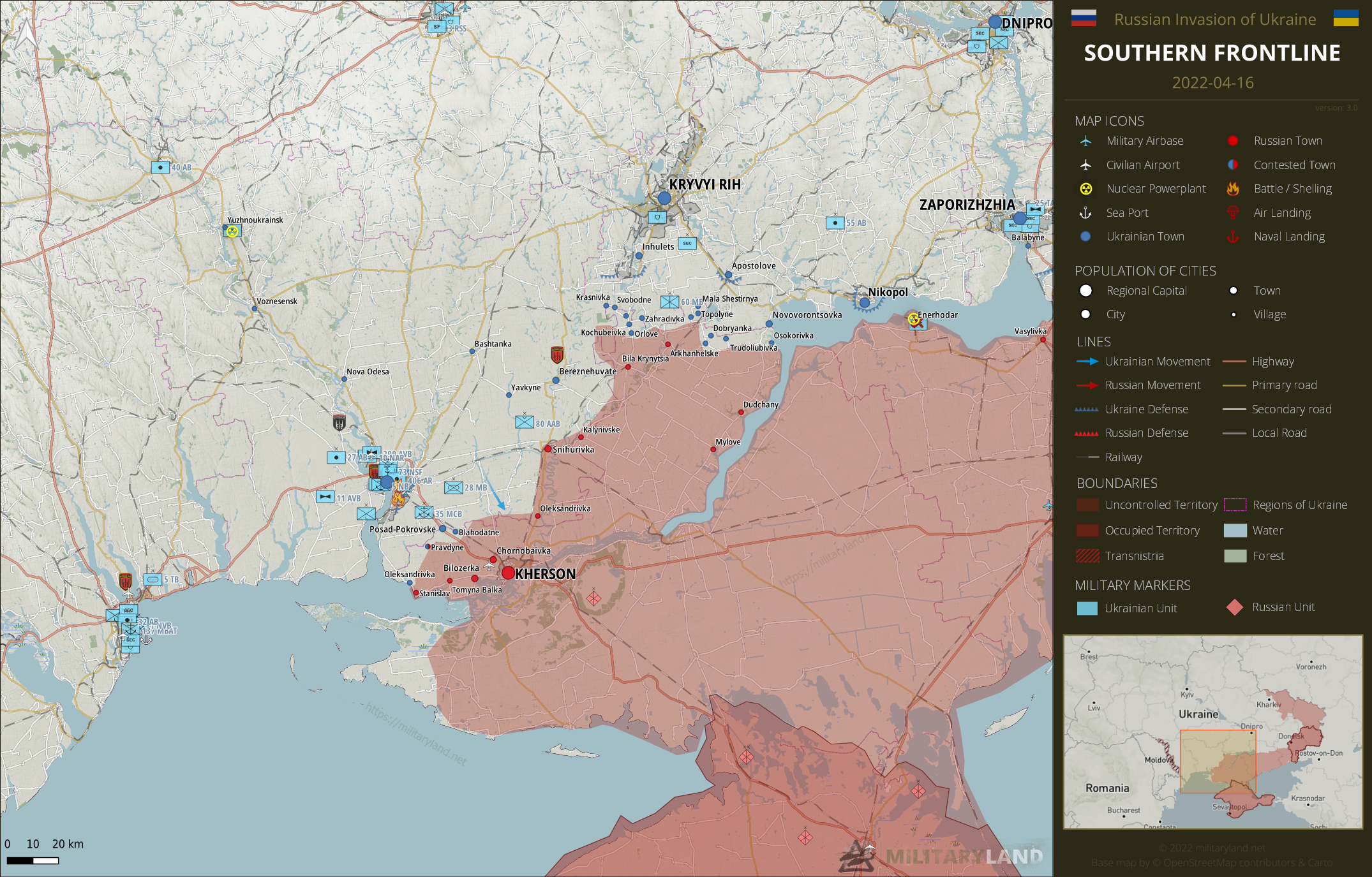 There is an ongoing Ukrainian operation in the direction of Kherson. Ukrainian officials haven’t shared any detailed information yet. 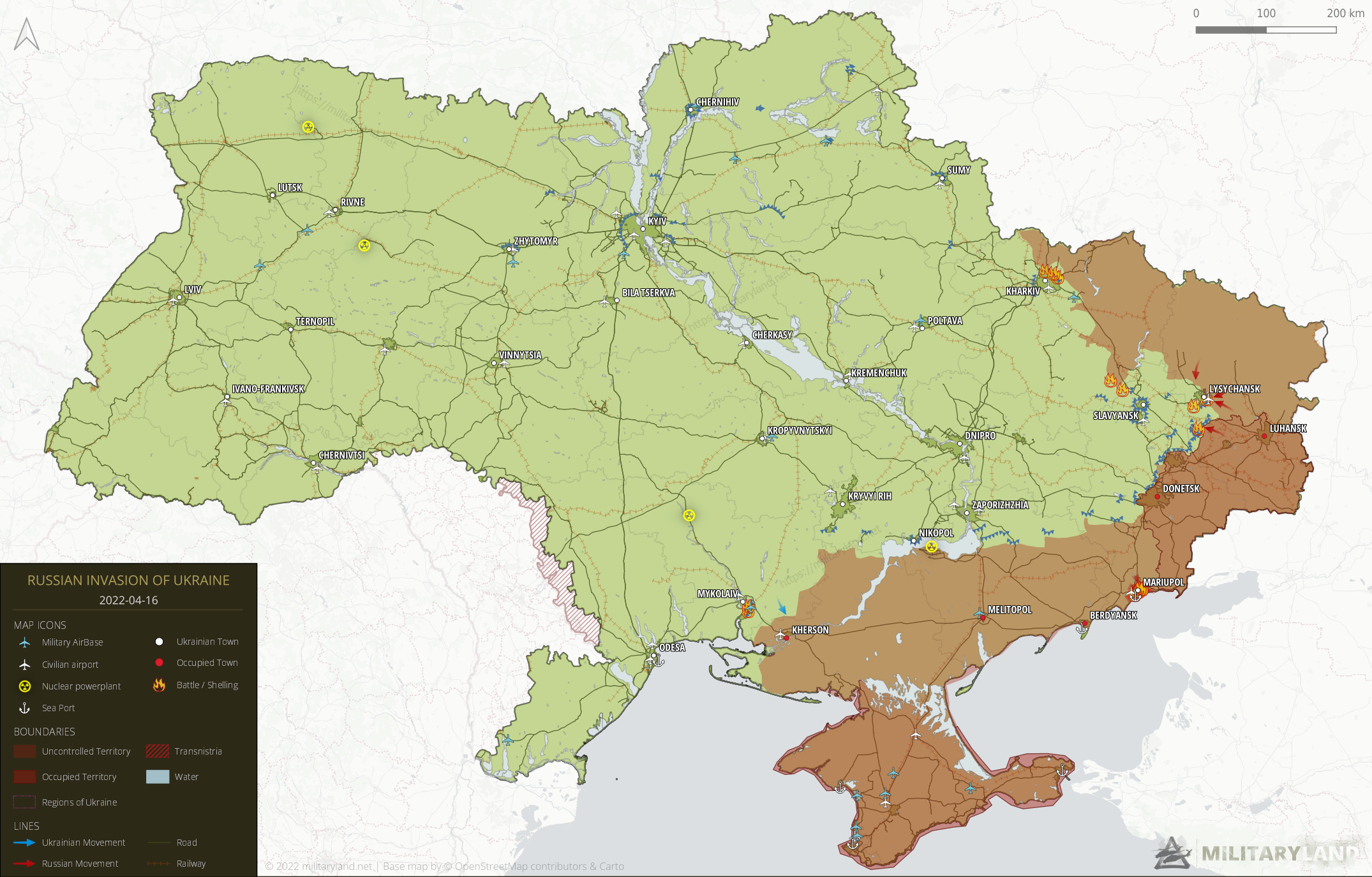 yeah, NO.. Azov knows what they can expect from russians… they wont surrender.

There still might be some elements of 503rd in Mariupol, but the majority seems to be elsewhere.

Are you sure the Russians took Andriivka? Or is it a little mistake, and you mean Brazhkivka?
Thanks for your great work.

Spelling errors on maps:
-“Derhachi” not “Dernachi” (to the North of Kharkiv)
-“Bakhmut” not “Bakmut” (to the North of Donetsk)
-“Slovyansk” not “Slavyansk” on the big map (if you follow Ukrainian spelling rather than Russian)

Thanks for noticing it, I’ll correct it.