Additional units of Azov and Ukrainian Volunteer Corps have arrived to the eastern Ukraine to support Ukrainian Army and National Guard. Saboteurs blew up a railway bridge near the border in Belgorod Oblast, disrupting a Russian supply route to Ukraine. 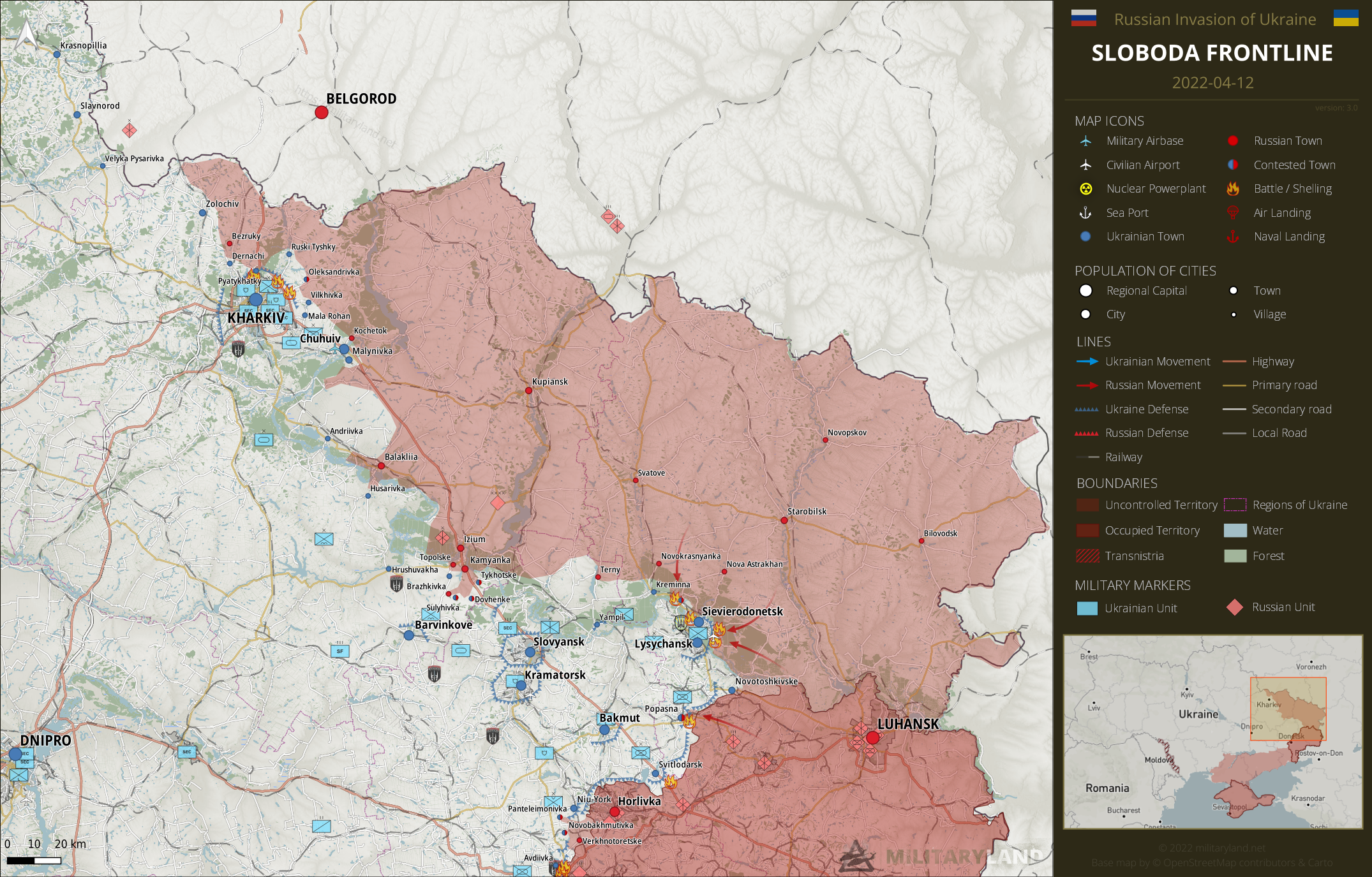 The convoy of Russian army have been moving towards Izium for the third day, and it’s kinda a déjà vu to the Kyiv one. Russian army continues to strengthen its forces near Izium and prepares the offensive operation in the area.

Russian forces have been so far unable to advance further near Rubizhne, Sievierodonetsk, Lysychansk and Popasna. 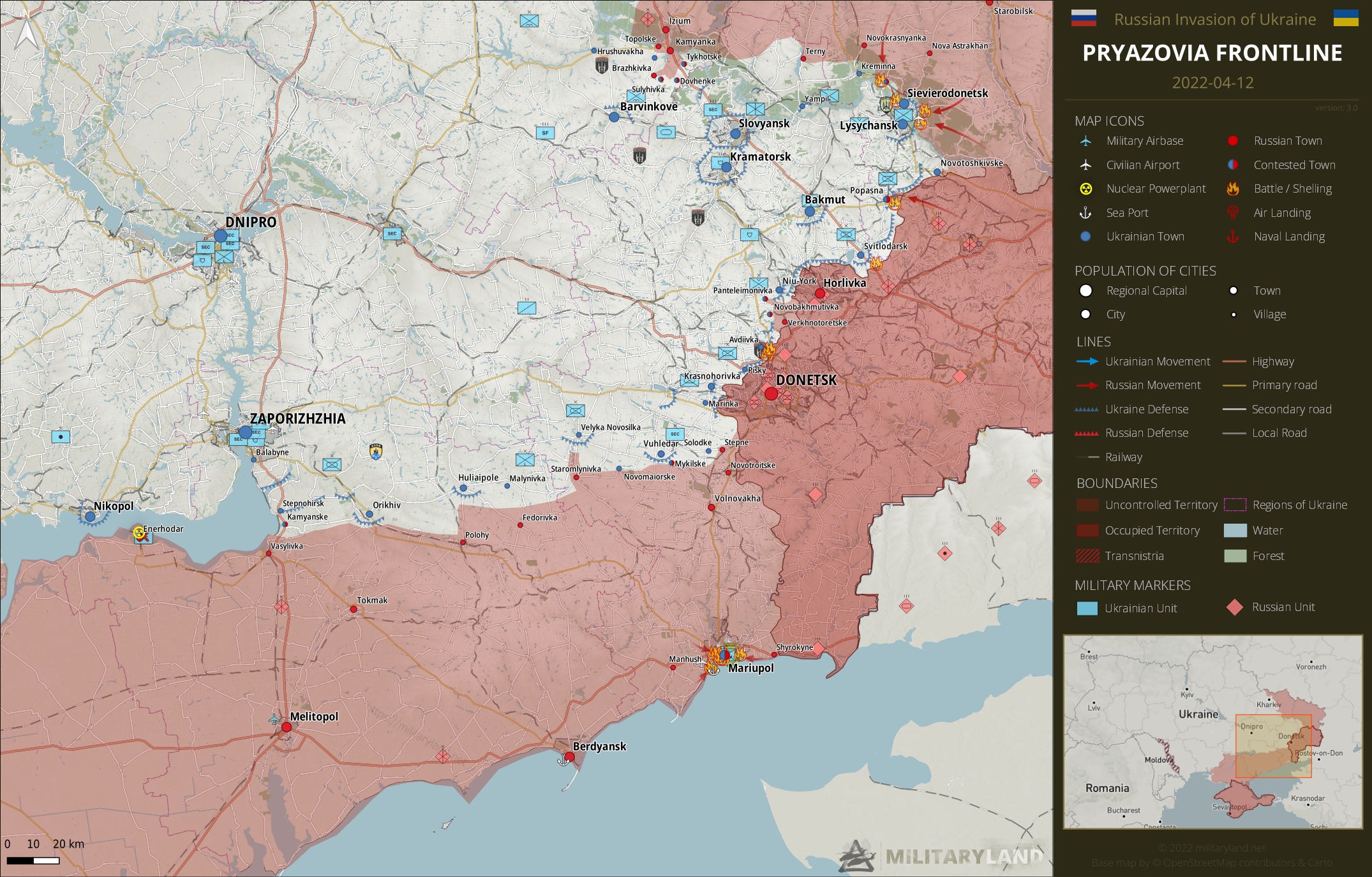 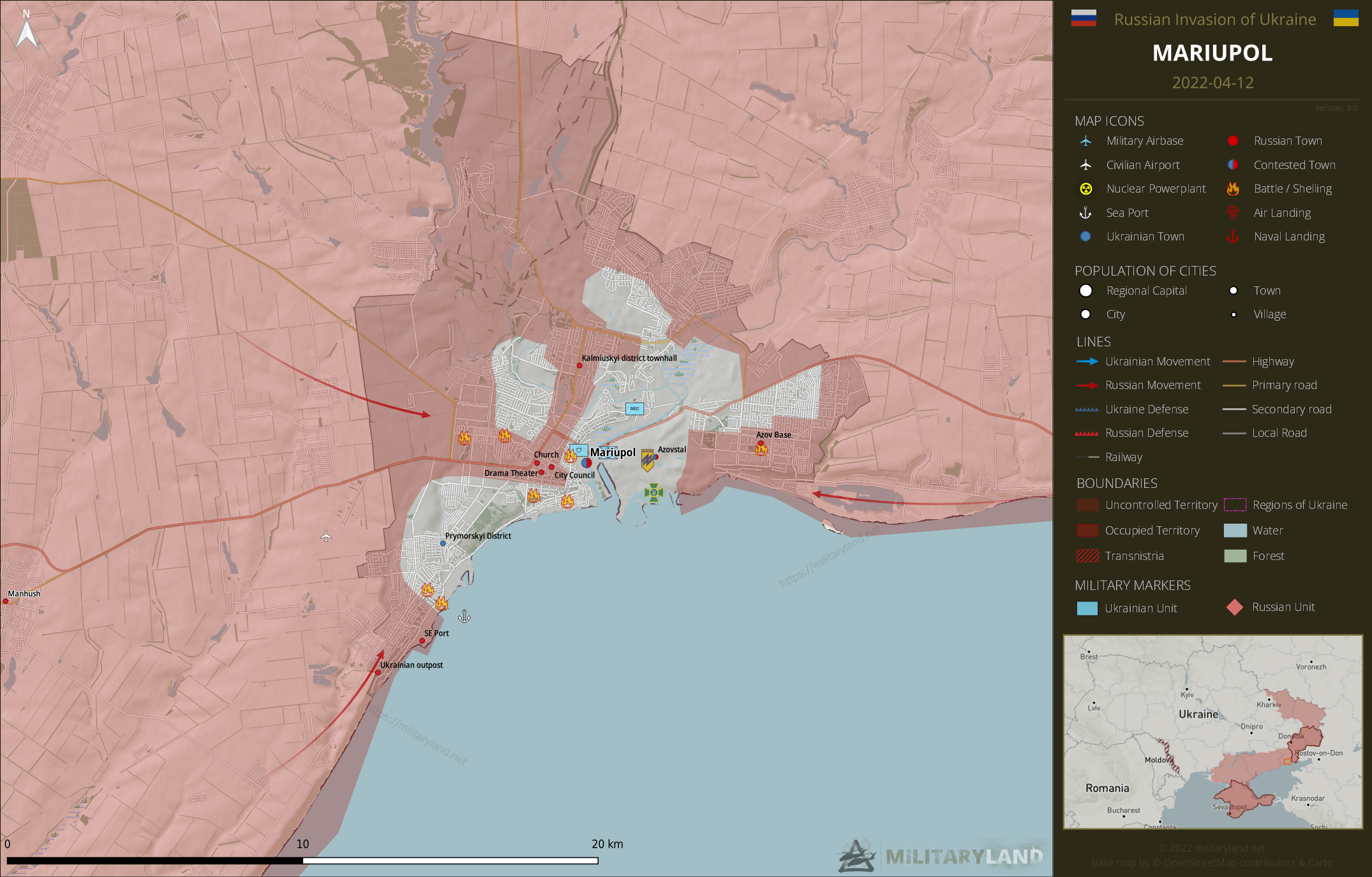 Ukrainian 36th Marines Brigade reportedly made a successful breakthrough inside Mariupol and linked up with Azov Regiment. 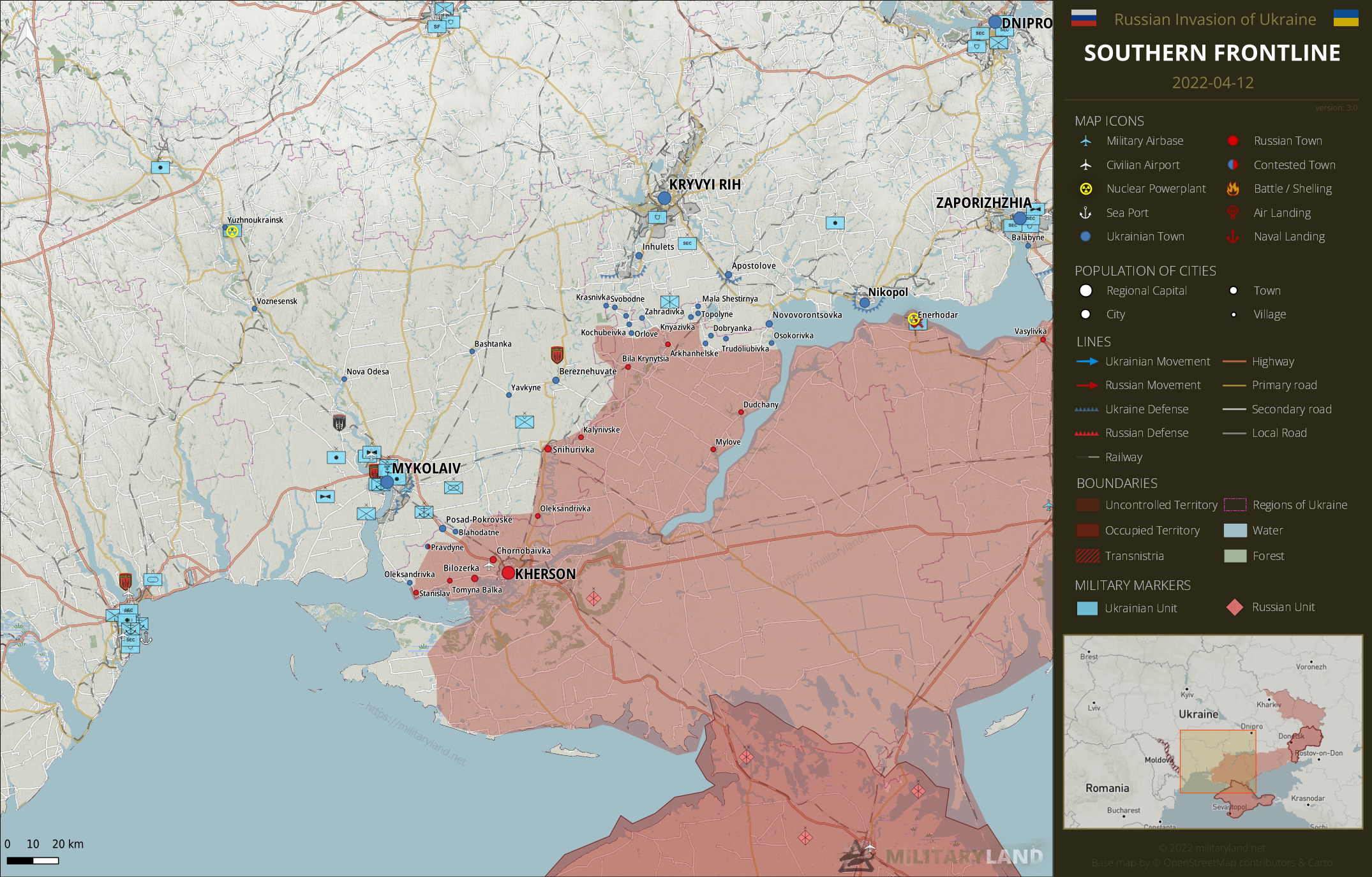 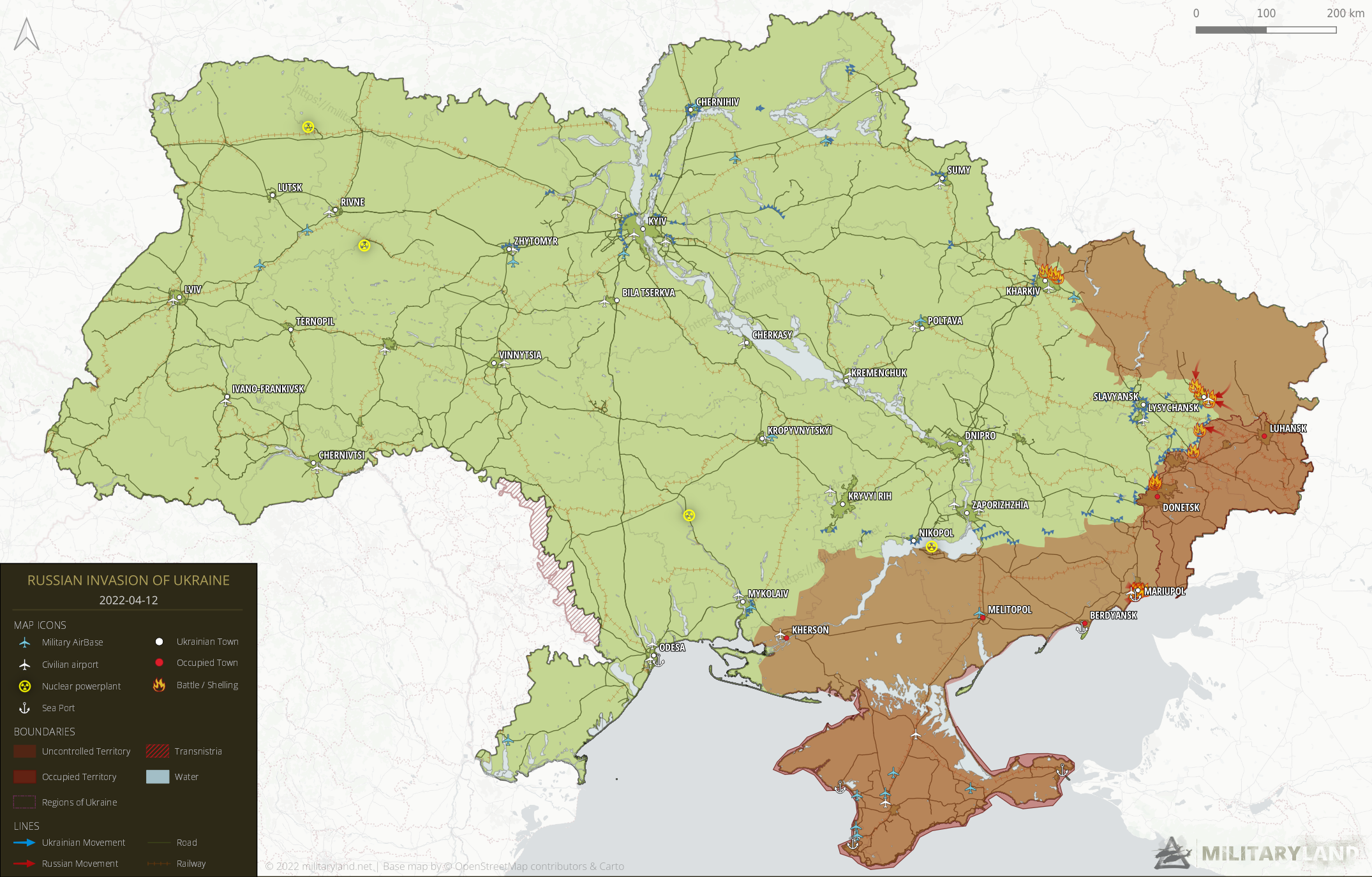 Mariupol: looks like Ukrainian marines started to surrender en masse. Russian war correspondents claim that 2 battalions of the 36th Marine Brigade laid down their arms yesterday (up to 1000 men, if true this is the biggest surrender so far), the remnants of the brigade made it to the Azov Steelworks.
For the record, this resource is absolutely fantastic and Jerome is the kindest, sweetest and the most decent person

Is the surrender confirmed because Ukraine is saying otherwise.

Interesting to see the news inside Mariupol. Good at least that they’re still fighting strong and having a bit of success. Not trying to be too optimistic, since it will fall eventually, but they’re making a great stand to the end, whenever that may be.

Where are all the heroes?
Reply to  Cornhusker

It’s one thing to fight bravely and honourably for your homeland. It’s another thing altogether to use fellow civilian compatriots as human shields.

TONY
Reply to  Where are all the heroes?

When you manage to have the two thirds of a city’s population flee to safety, you definitely aren’t using them as human shields.