The Friday has passed without significant changes on the frontlines. Russian forces hit a railway station in Kramatorsk, killing 50 civilians. 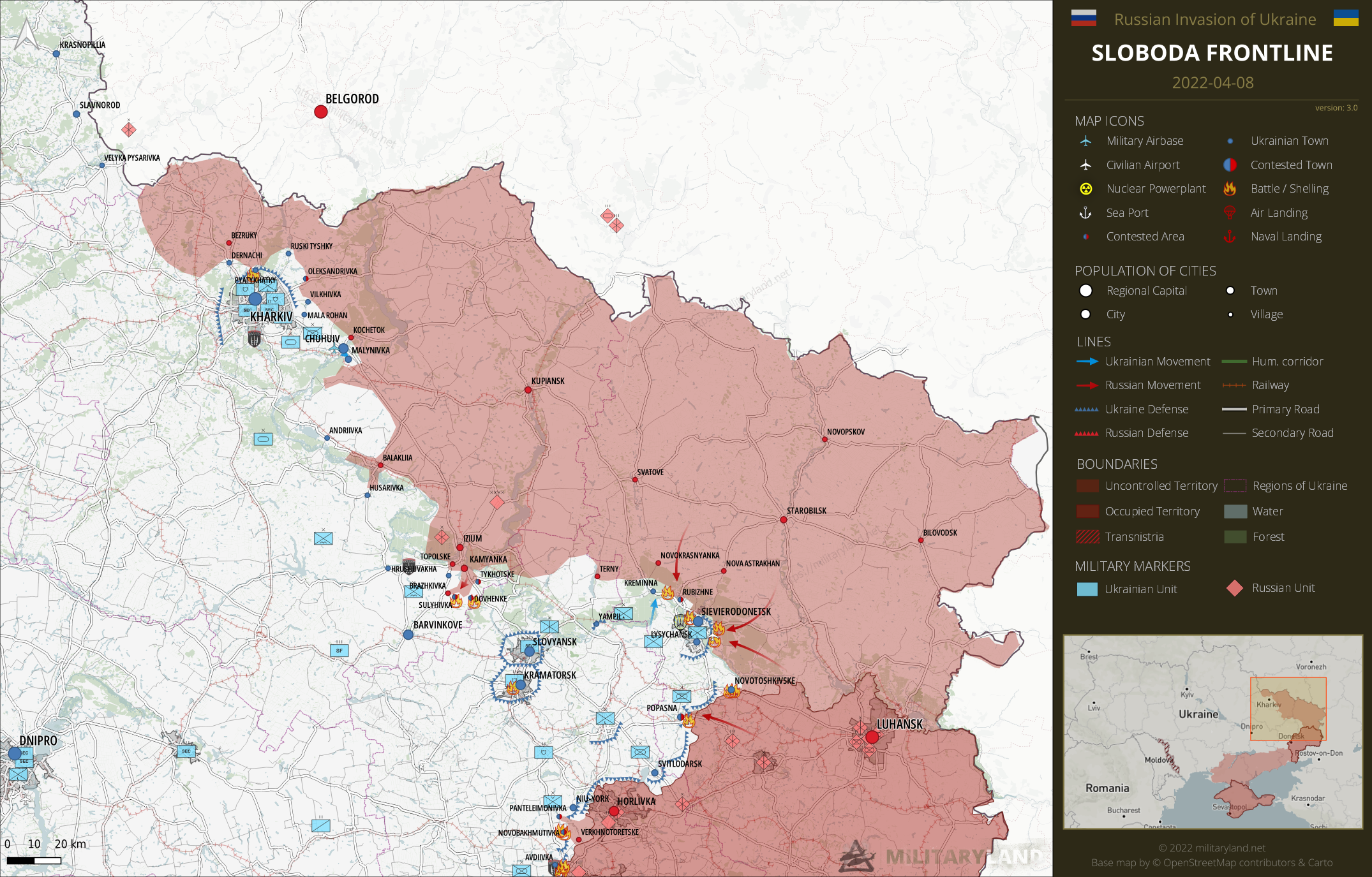 Russian troops captured the Checkpoint 29 near Novotoshkivske. Ukrainian troops have repelled the enemy attacks near Popasna and Lysychansk. 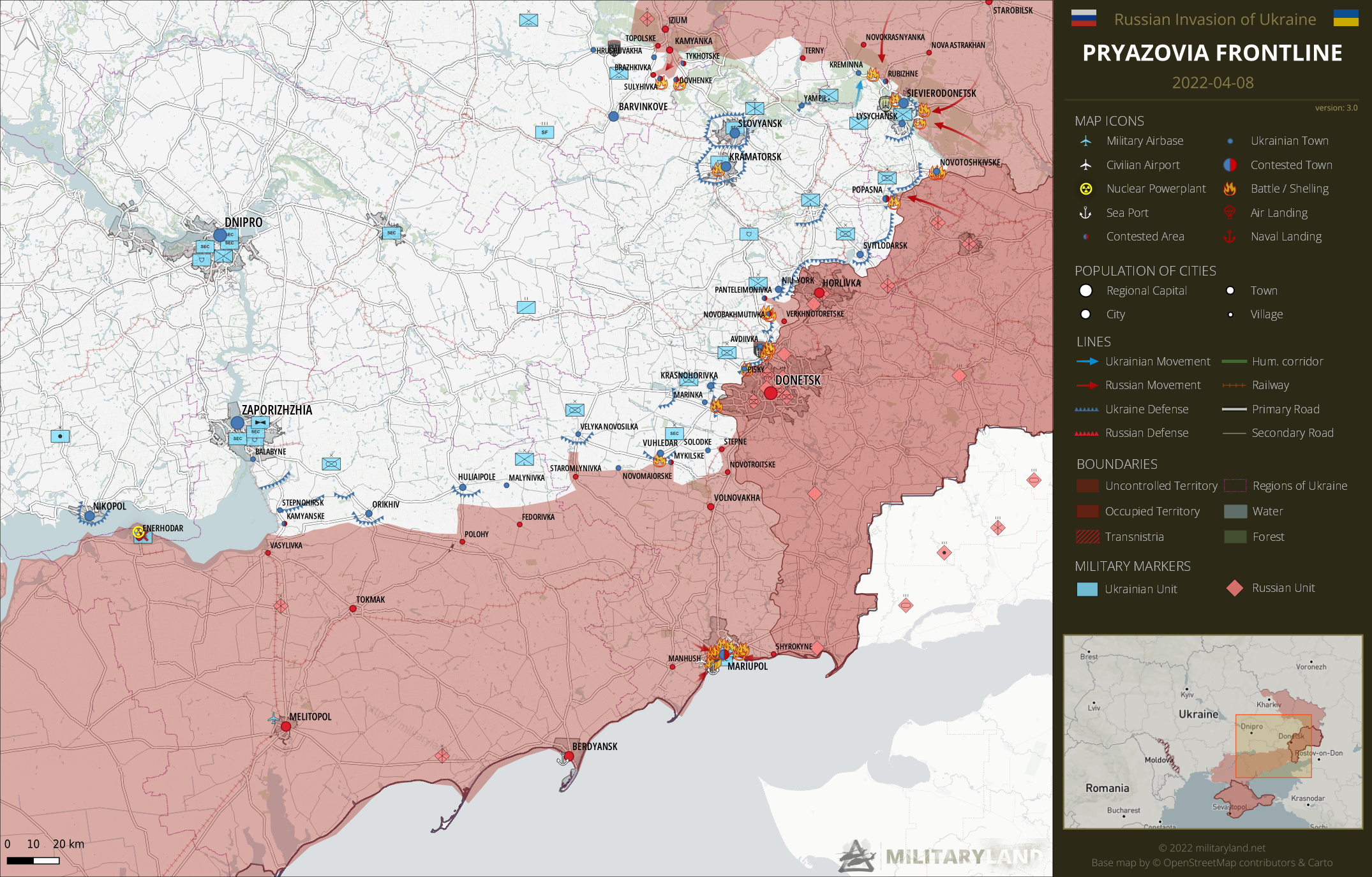 Russian army fired a Tochka-U missile towards Kramatorsk and hit a local railway station. At least 50 civilians were killed as the result. The enemy shelled Vuhledar, Marinak, Pisky and Avdiivka. 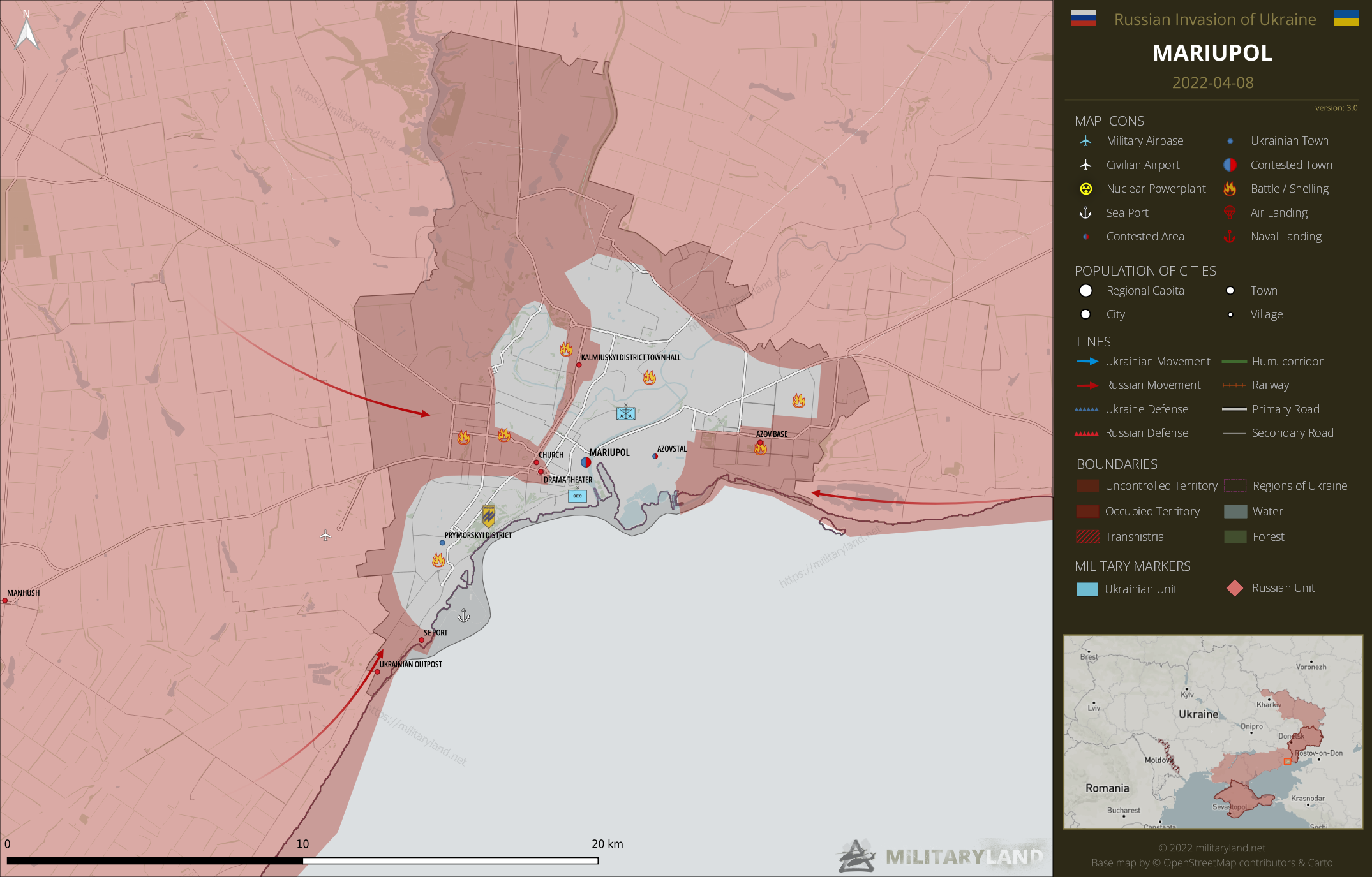 Russian troops captured Ukrainian positions at the edge of Mariupol’s outskirts and reached the nearby harbor in the south. 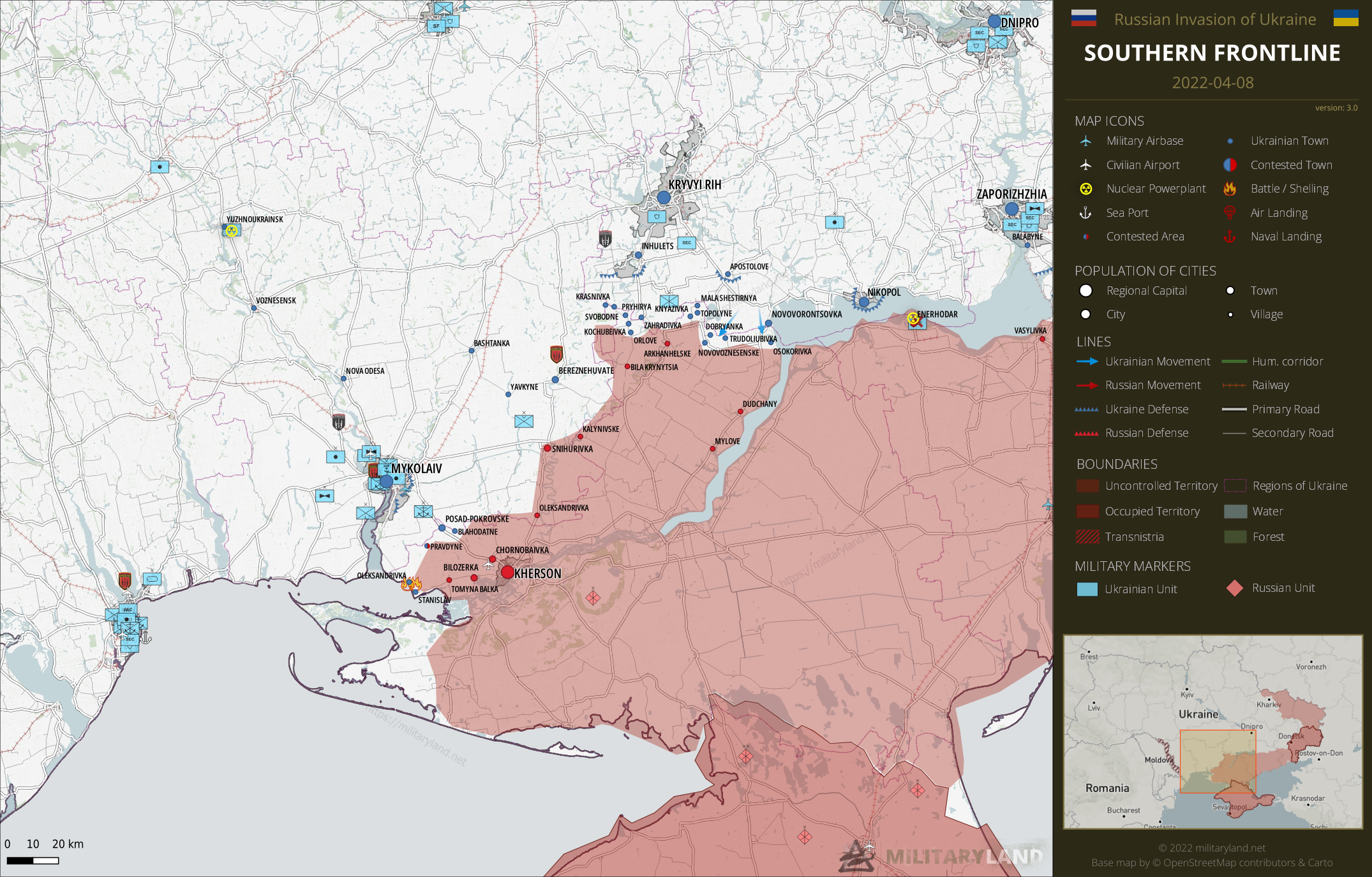 There was no change on the ground in Mykolaiv Oblast. Snihurivka remains under Russian control.

Fighting have continued in the vicinity of Oleksandrivka, south-west of Kherson. 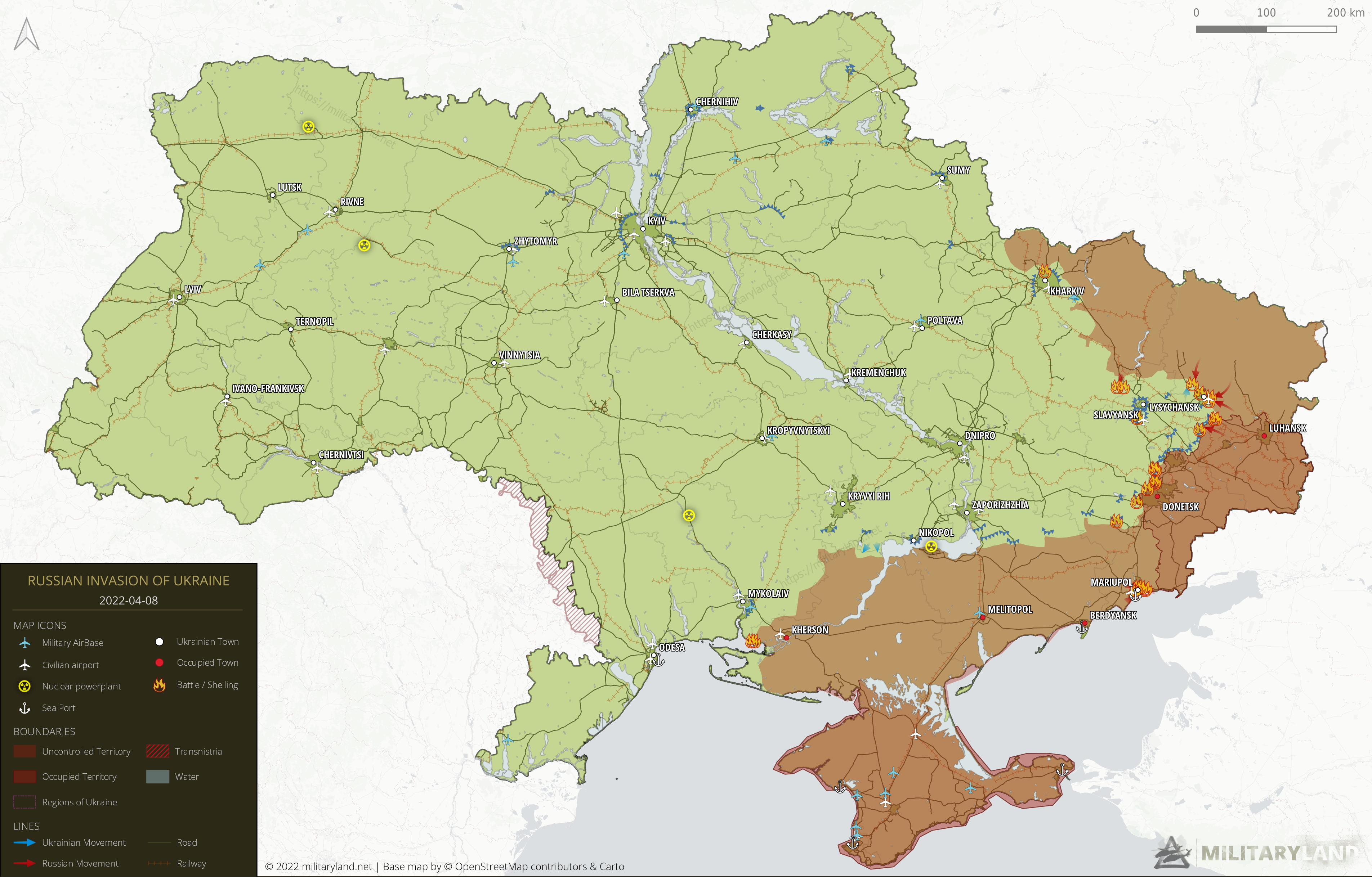 Hi! How could it happen, that the Ukrainians never managed a breakthrough to Mariupol? Lack on heavy weapons? It seems to me, that the positions there are very weak…

Oleksiy Arestovych, President Zelenskiy’s advisor explained 3 weeks ago that Ukrainian forces were insufficient in this area and “they will not be able to pass more than 120 kilometers in the bare steppe under air strikes from the Crimea and the Rostov region”

What are the chances of this conflict bogging down into the static frontline of the previous 8 years except on a much larger scale?
It seems the likely case will be total destabilization of Russia, civil militarization, radicalization across the continent and eventual balkanization / greater chaos. Is this assessment correct? A European ‘Syria’ of both Russia and Ukraine.

Thank you for updating even when changes are very small.