The summary of the fourth day of Russian invasion to Ukraine.

The situation on the ground is tense, but under the control. Russian Forces advanced inside Kharkiv and the outskirts of Kyiv, but all attacks have been repelled. All regional capital cities remain under the Ukrainian control. 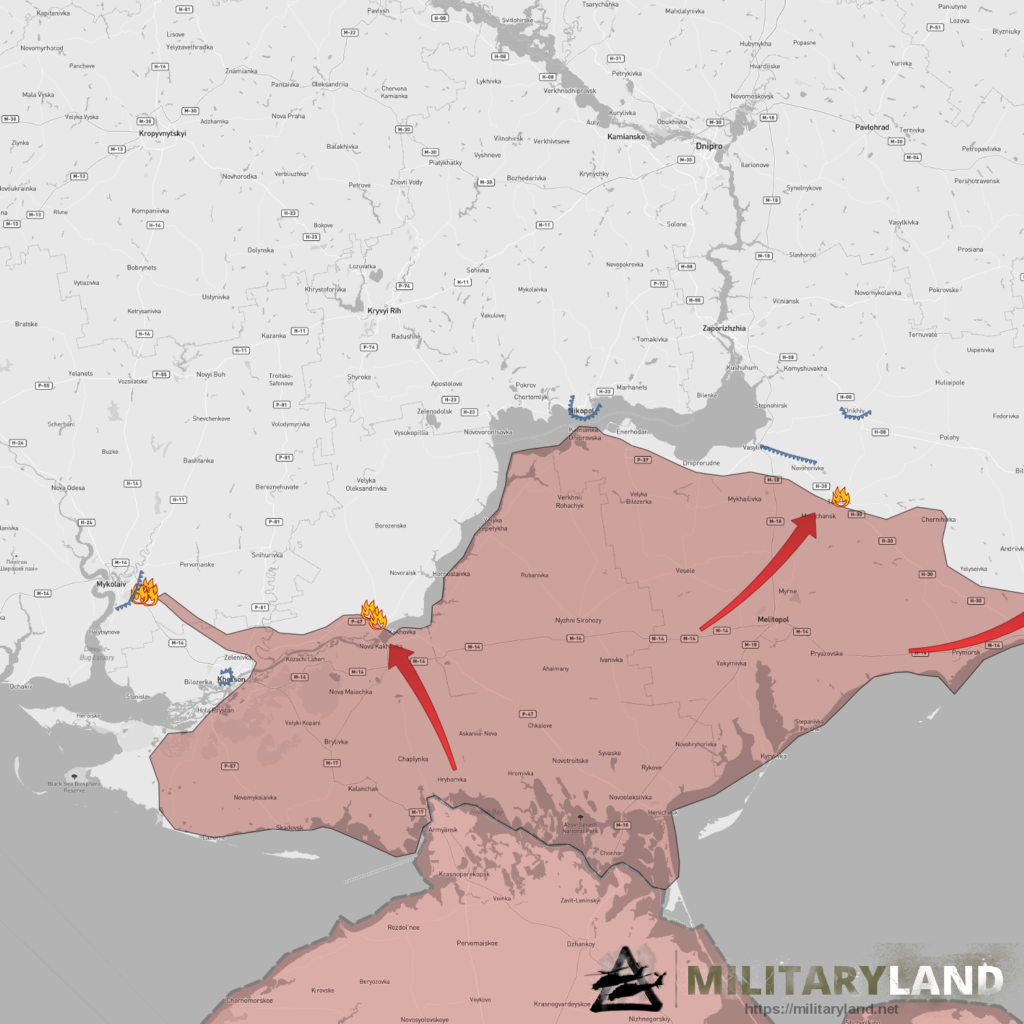 Heavy fighting continued in the area around Nova Kakhovka and Mykolaiv. Russian troops tried to advance north from Nova Kakhovka, but they have been so far unsuccessful. Ukrainian forces stationed in Mykolaiv repelled several Russian attacks during the night.

Ukrainian troops regrouped at Orechov, and they are holding the line near Vasylivka. There’s been so far no visual proof if Tokmak was fully captured by Russian forces or not. The enemy tanks reached Dniprorudne but were driven away by local population. The situation at Enerhodar remains unknown. 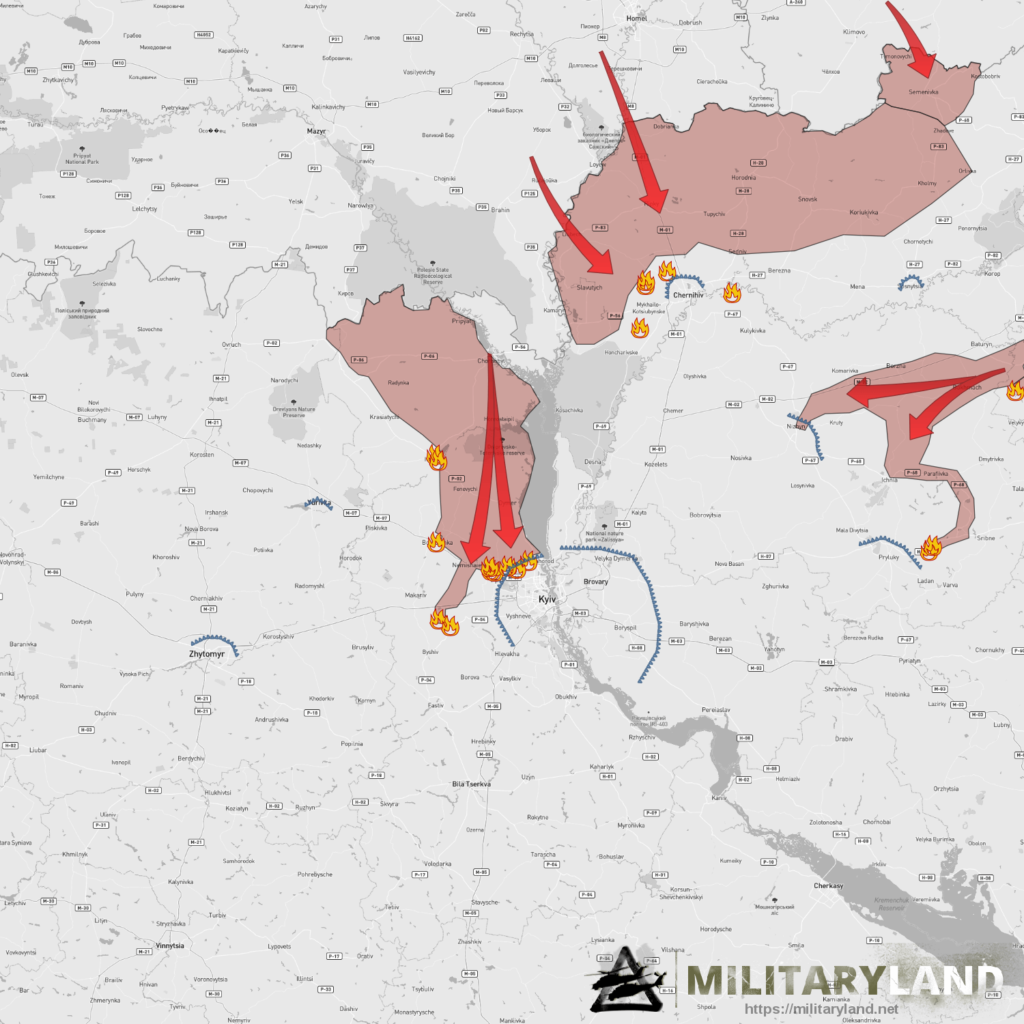 The enemy forces entered Bucha and Irpin near Hostomel in the morning. Ukrainian forces pushed them back to Hostomel after fierce fighting, which resulted in dozens of Russian vehicles destroyed.

Russian tanks also spearheaded south and crossed the highway Kyiv – Zhytomyr near Motyzhyn. There is an ongoing operation to repel the push. 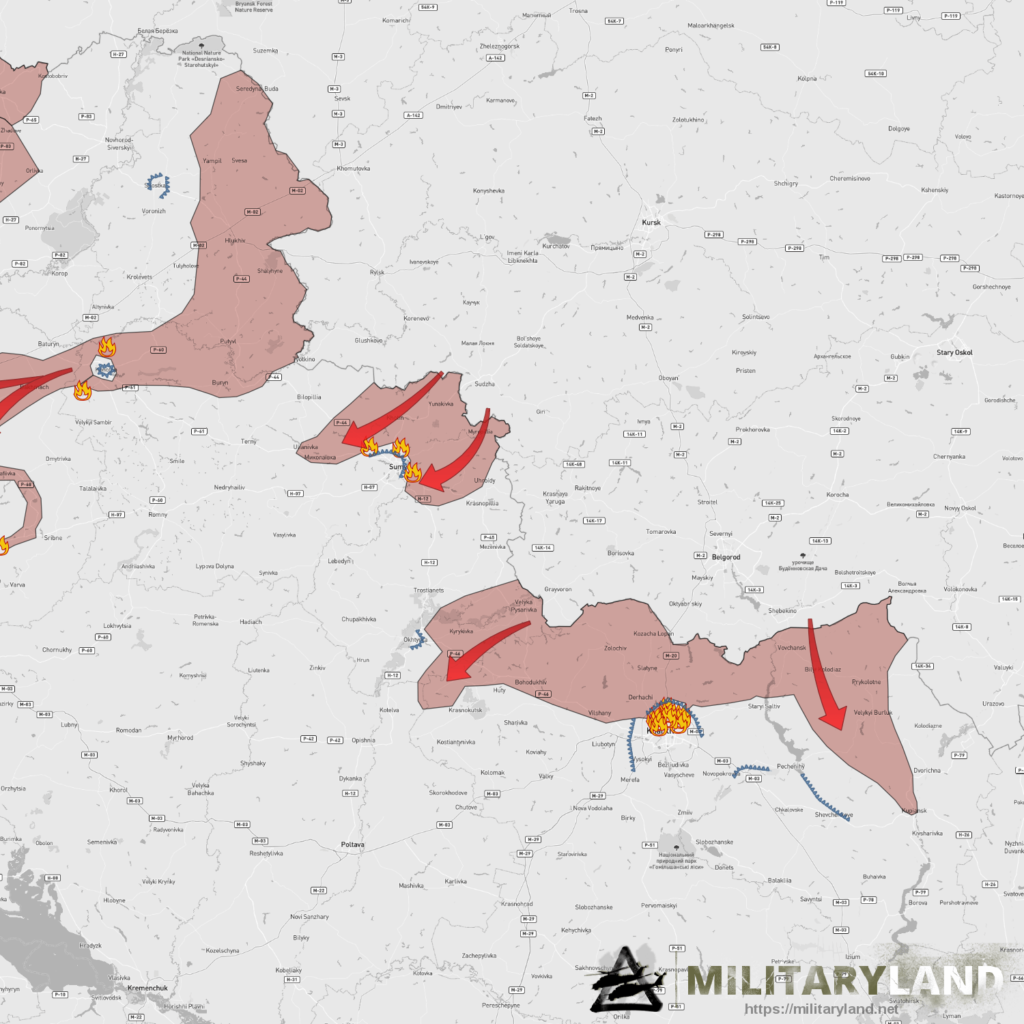 Sumy remains in Ukrainian hands. Some sources say the city is surrounded, but we cannot verify such information.

Russian forces entered Kharkiv in the morning via the main roads leading through the city. Ukrainian troops ambushed the enemy inside the city, destroyed many and drove out the rest. Kharkiv remains under Ukrainian control.

To the west, Russian troops reached Okhtyrka, but Ukrainian troops stationed there repulsed the assault. The enemy column then turned south and continued towards Poltava. We currently do not know where these forces ended up.

To the east, the enemy spearheaded south and reached Kupiansk. The mayor of Kupiansk surrendered the town and joined the side of Russian forces. 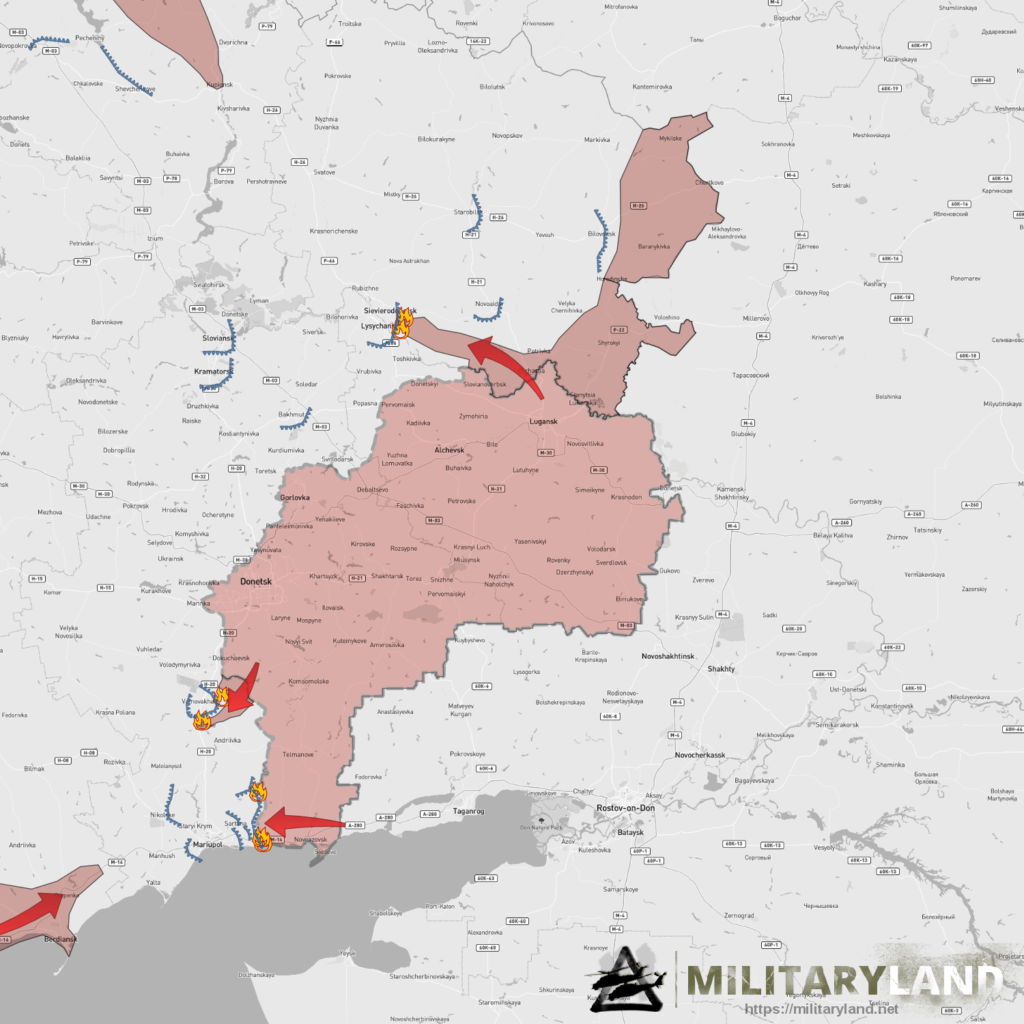 Russian forces assaulted towards Donske and captured the town and the military base of 37th Motorized Battalion “Zaporozhye”. The situation for Volnovakha became critical and Ukrainian forces had to withdraw. In the evening,  Ukrainian officials announced the recapture of Volnovakha.

Russian troops captured Berdyansk in the afternoon. There was no Ukrainian garrison present.