Russian Army announced a withdrawal of some units from Kyiv and Chernihiv Oblasts, claiming finishing desired goals in the area. If it’s true or not remains to be seen. Anyhow, Ukraine is at the important decision crossroad. They may try to launch a counter-attack and liberate the occupied areas (if Russian troops are indeed withdrawing), or send some units defending Kyiv to reinforce the Donbas frontline.

Ukrainian and Russian representatives met in Istanbul for talks. In the regards of military operations, it seems Ukraine is not interested in liberating Donbas and Crimea by force (if that moment comes). You can read all key points here: https://twitter.com/Militarylandnet/status/1508783933399392260 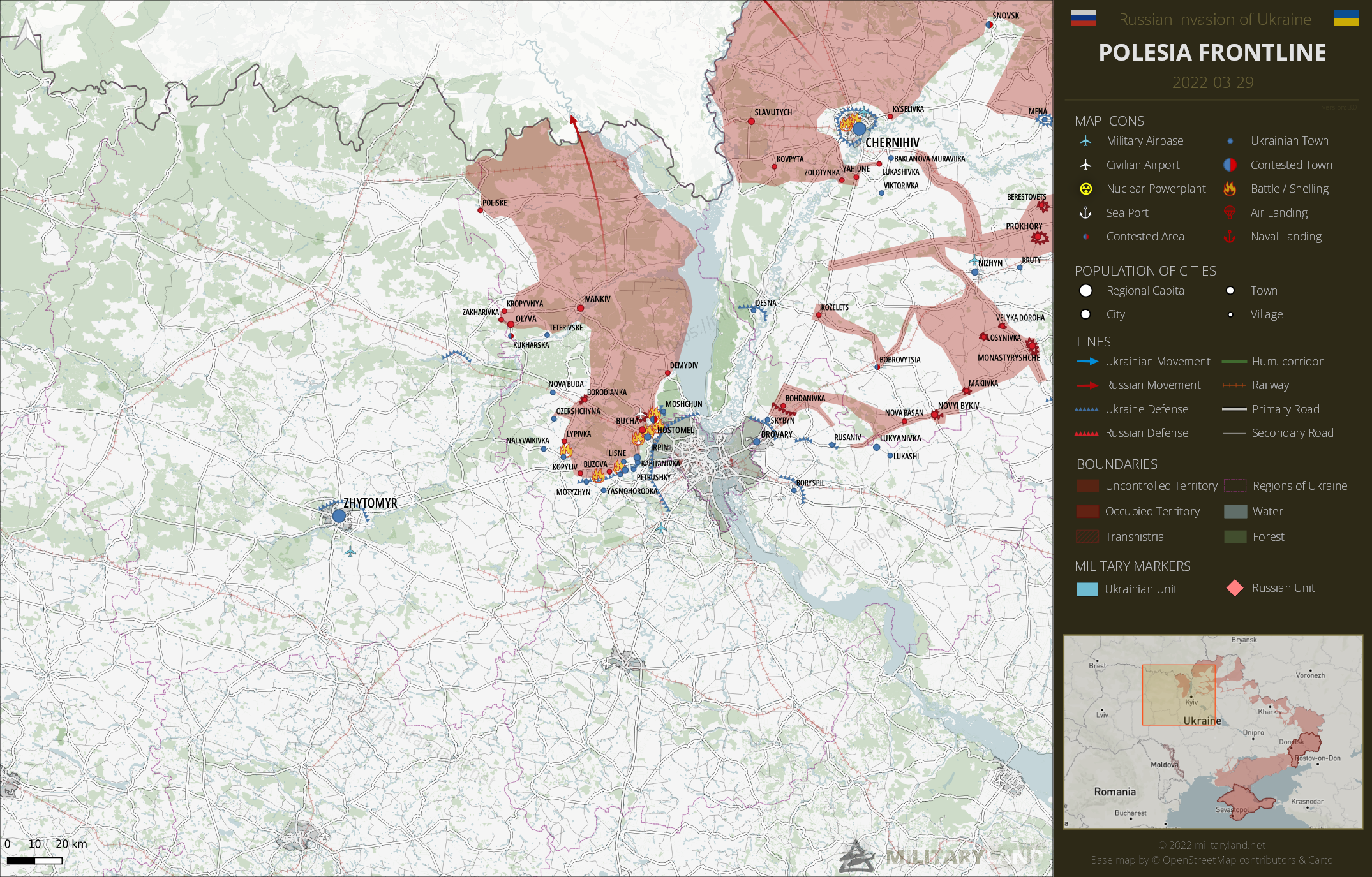 Russia has announced the withdrawal of some of its elements towards Belarus, but the days ahead will show us the truth. Russian artillery has continued to hit Ukrainian positions alongside the current contact line west of Kyiv. 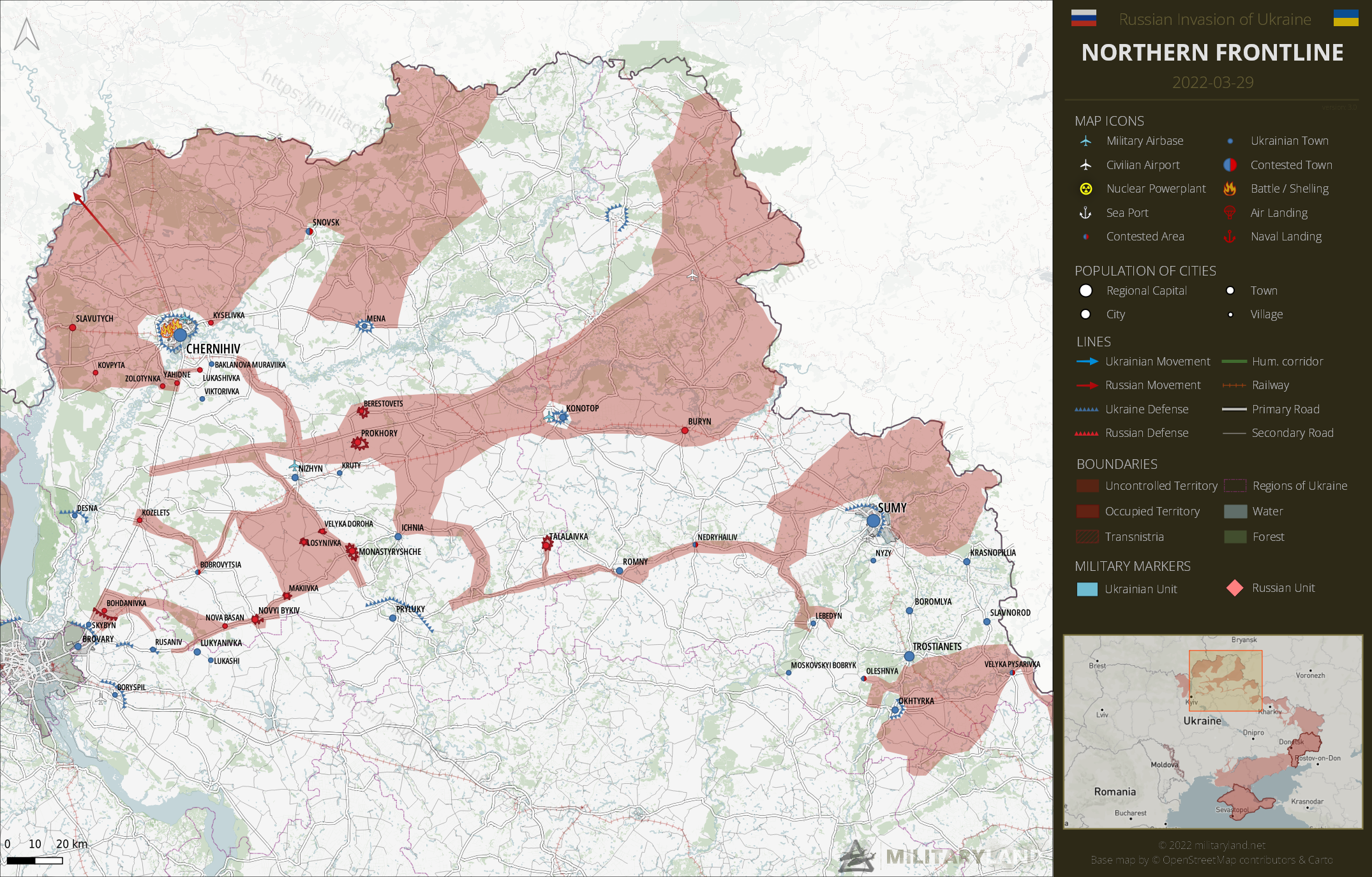 Chernihiv remains besieged. Russia has announced the withdrawal of some of its elements towards Belarus, but the upcoming days will show if it’s true or not.

The situation haven’t changed much on Tuesday. Ukrainian volunteers delivered aid to the residents of Trostianec, while Ukrainian troops have continued to secure the area around the city. 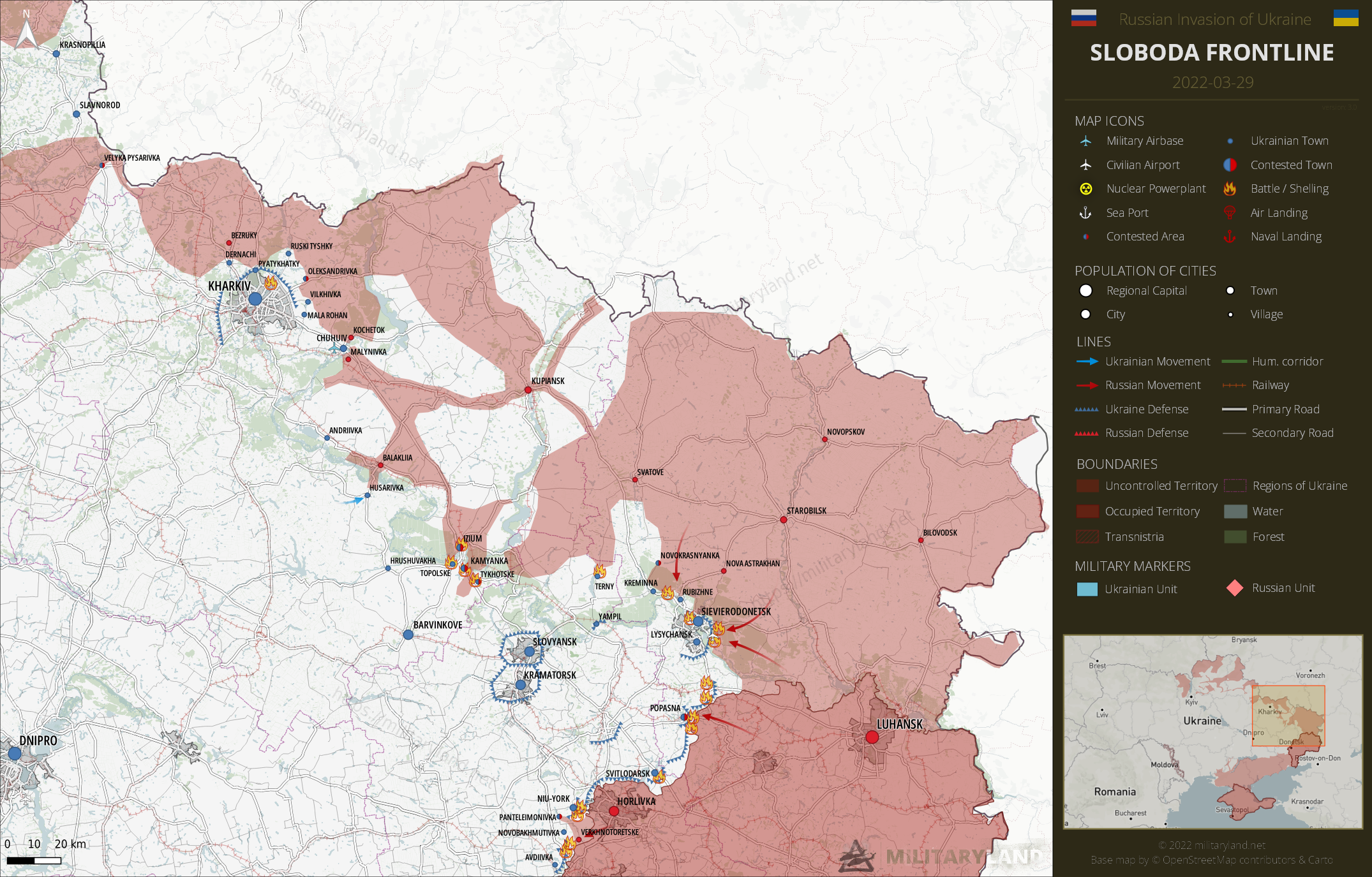 Ukrainian troops have secured the highway between Kharkiv and Chuhuiv. The vicinity of Izium remains to be the hottest point in the Kharkiv area.

Russian forces have shelled Rubizhne, Lysychansk and Popasna. The humanitarian situation in these cities is approaching catastrophic stage. 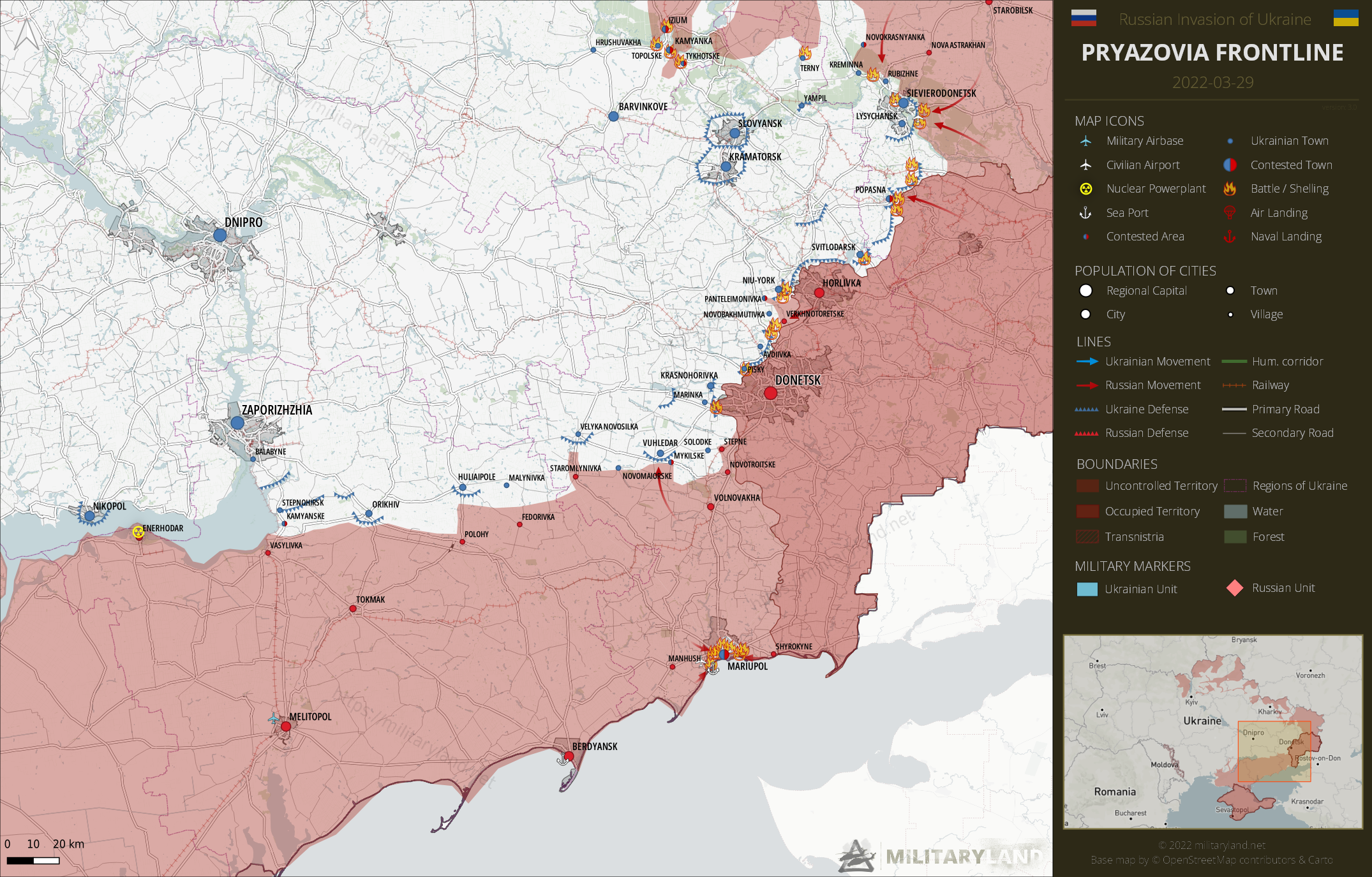 Ukrainian Army has reported fighting alongside the whole contact line in Donbas. All attacks were reportedly repelled. 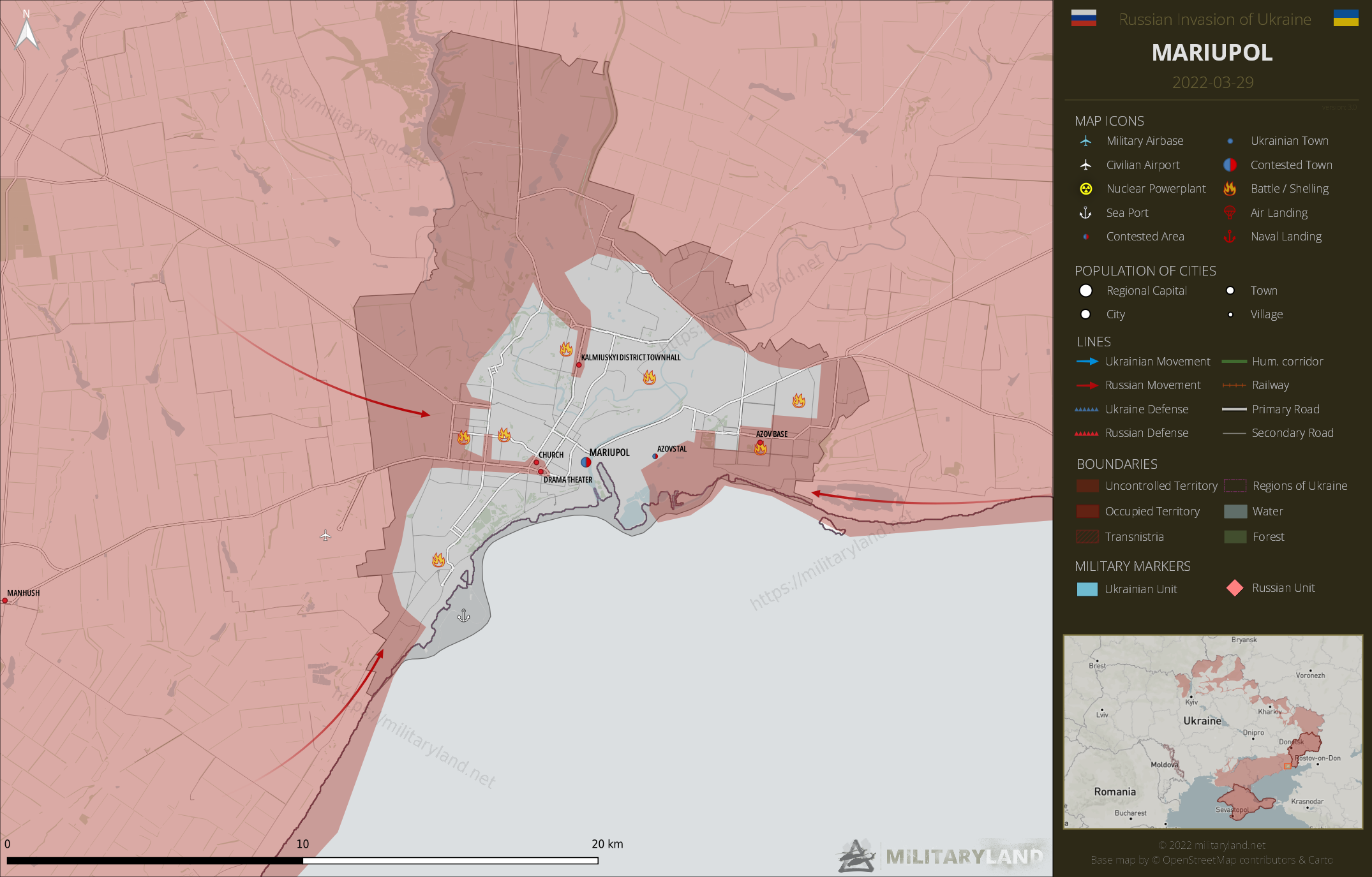 Ukrainian defenders continue to hold on in Mariupol, despite constant attacks on their positions inside the city. Macron held a phone conversation with Putin about Mariupol. He asked for a humanitarian mission and the evacuation of the remaining civilians. Putin will reportedly think about it, but stated that any humanitarian mission is possible only if Ukrainian forces in Mariupol lay down their arms and surrender. 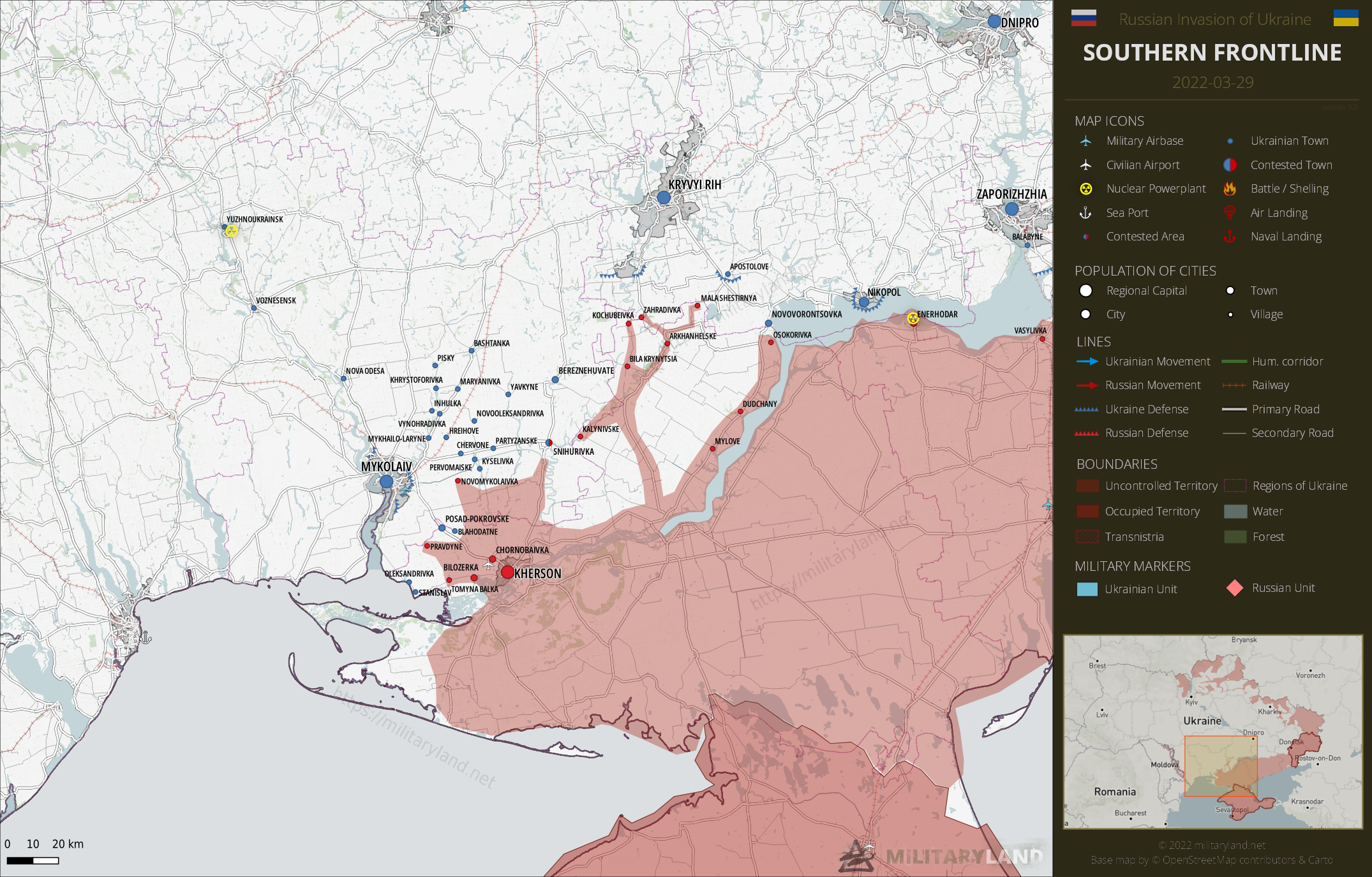 Based on several posts on social media, I was able to verify that there is no enemy presence in Chervone, Partyzanske and Novoolesandrivka. Situation in Snihurivka is unclear. Russian forces reportedly left the town a few days ago, but Ukrainian forces haven’t entered it yet. There are heavy battles and artillery duels in the vicinity. 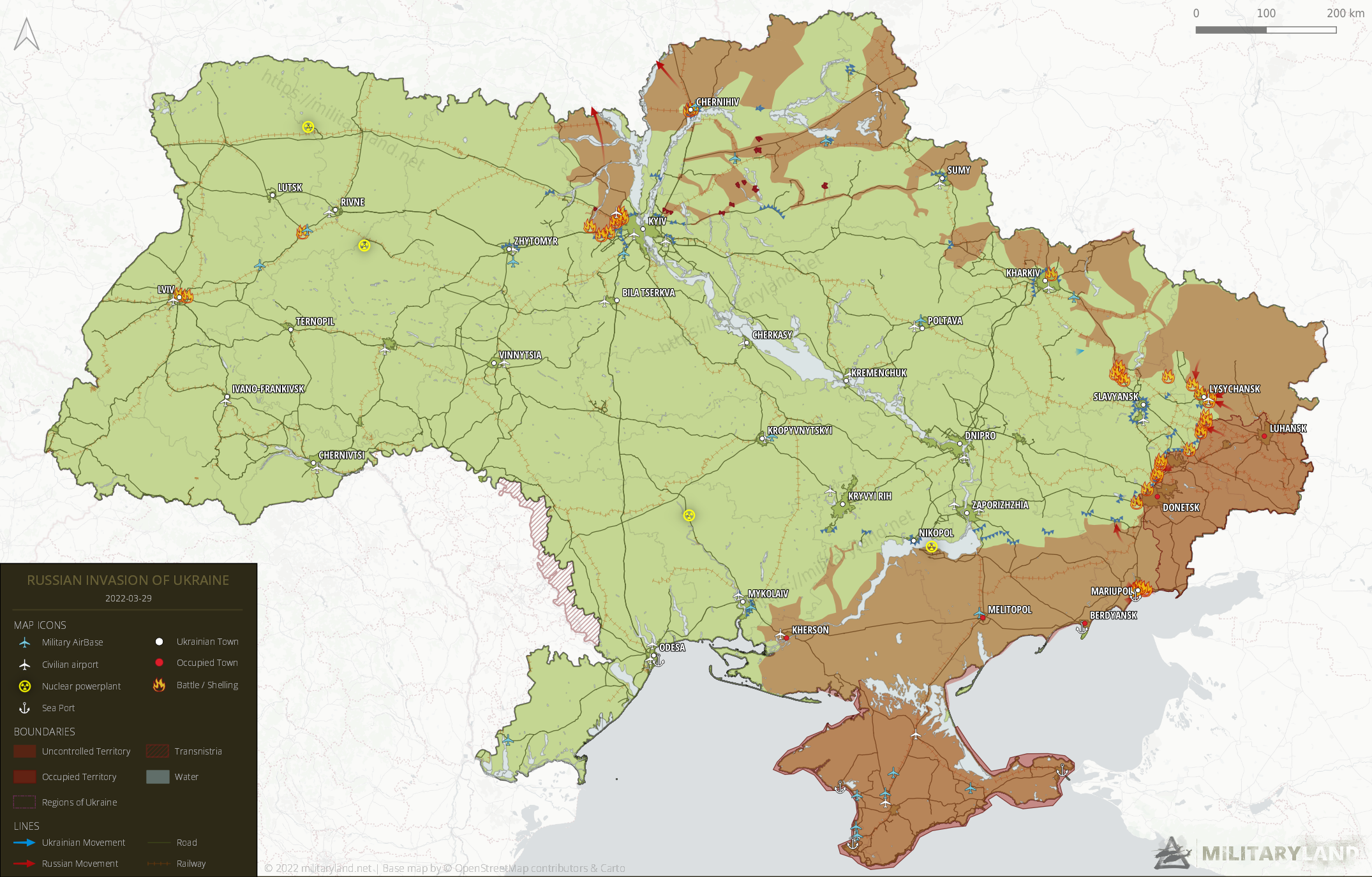 It seems the mongol horde underestimated the will of Ukraine to resist and their dedication to ensure their survival and existence.
Putins dream of greater Mongolia is slowly fading, but a world in flames remains.

You should not insult Mongolia and Mongol hordes. They were actually successful in their conquests 😀

It appears today was a hiatus…any more on the Russian ammunition dumps that were blown up?

Thank you. You give the best summary of the military state of things.

Any chance to do a more granular view of what is going on in the Izum area? Understand that it is difficult to get a more focused play by play given that the situation changes rapidly on the ground, don’t mean to create work if too difficult 🙂

Thanks for all the great work!

Thank you. Good to be able to keep up to date.