The summary of the third day of Russian invasion to Ukraine.

The situation on the ground remains tense. Ukrainian troops continue to hold all regional capitals despite nonstop enemy attacks. The most critical situation is on the southern frontline, where Russian tank force spearheaded towards Elerhodar and Berdyansk. 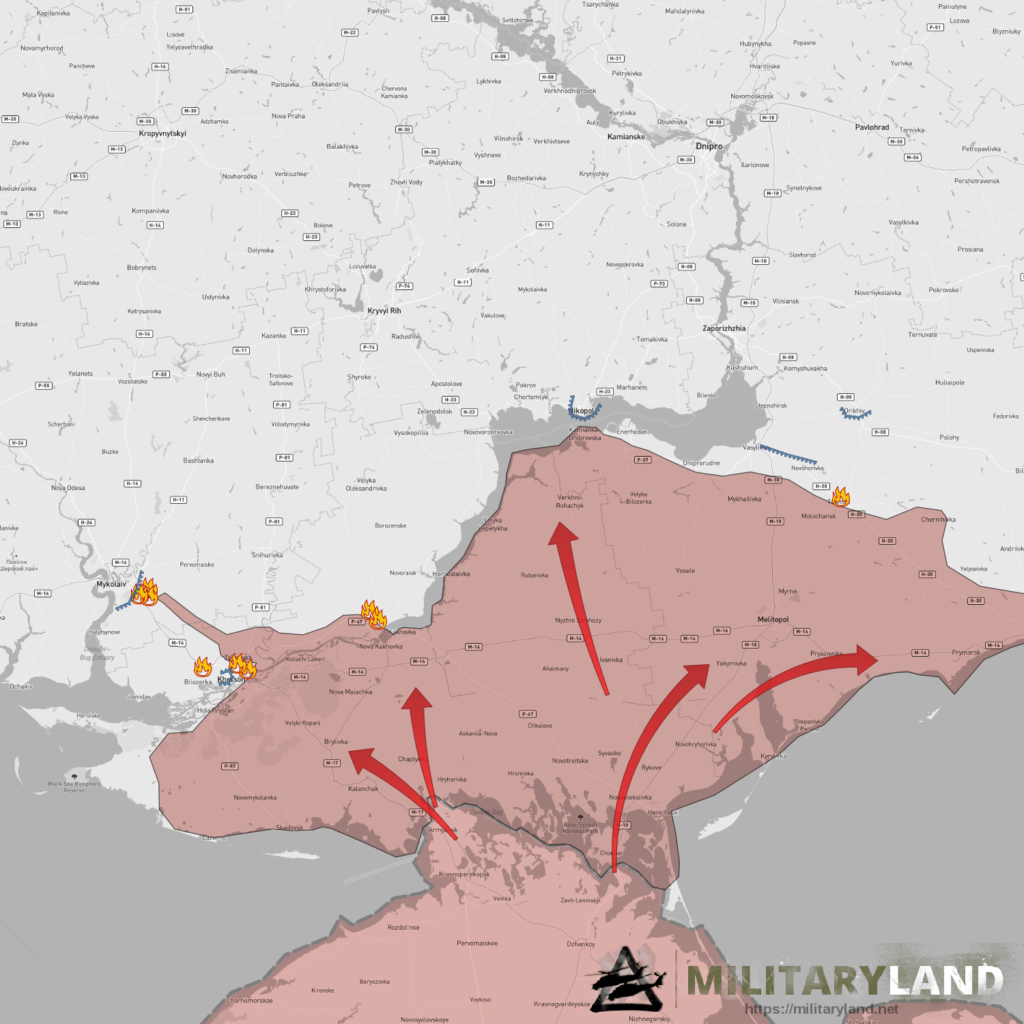 Ukrainian forces successfully counter-attacked and stabilized the situation around Kherson. However, some elements of the Russian Army bypassed Kherson and moved towards Mykolaiv. After fierce fighting on the outskirts, the enemy attack on Mykolaiv has been repulsed. Ukrainian forces are currently conducting an operation to stabilize the situation on the left bank of Dnieper River.

Ukrainian troops performed a successful counter-attack during the night and entered Melitopol. However, they withdrew during the day amid threats of possible encirclement. Russian forces captured Melitopol in the afternoon.

Russian troops used the flat terrain in the area to its advantage and spearheaded towards Dnieper River in the north. They reached the outskirts of Enerhodar in the evening.

Ukrainian forces withdrew from Melitopol  to Tokmak. However, due to spearheading maneuver of the enemy, Ukrainian forces couldn’t set up defensive positions properly. They were forced to fallback north after a fierce battle.

Russian tank units spearheaded along the Sea of Azov. They captured Pryazovske and Prymorks and continued towards Berdyansk and Chernihivka. 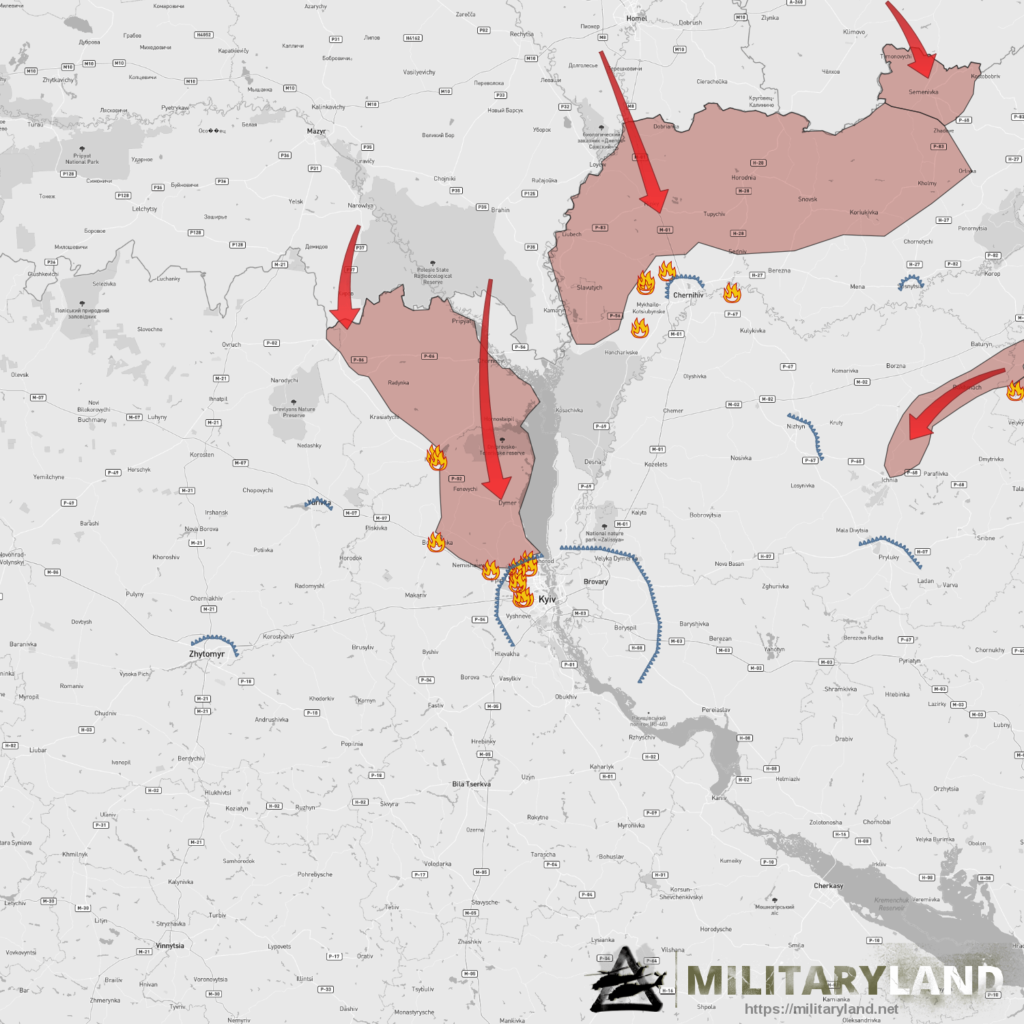 Ukrainian forces withdrew from Hostomel towards Kyiv in the morning. The enemy advanced into Obolonskyi and Svyatoshyns’kyi districts, but were unable to hold its positions. The situation is tense, but under control.

Ukrainian troops continue to hold the positions. There have been no major changes in the area. 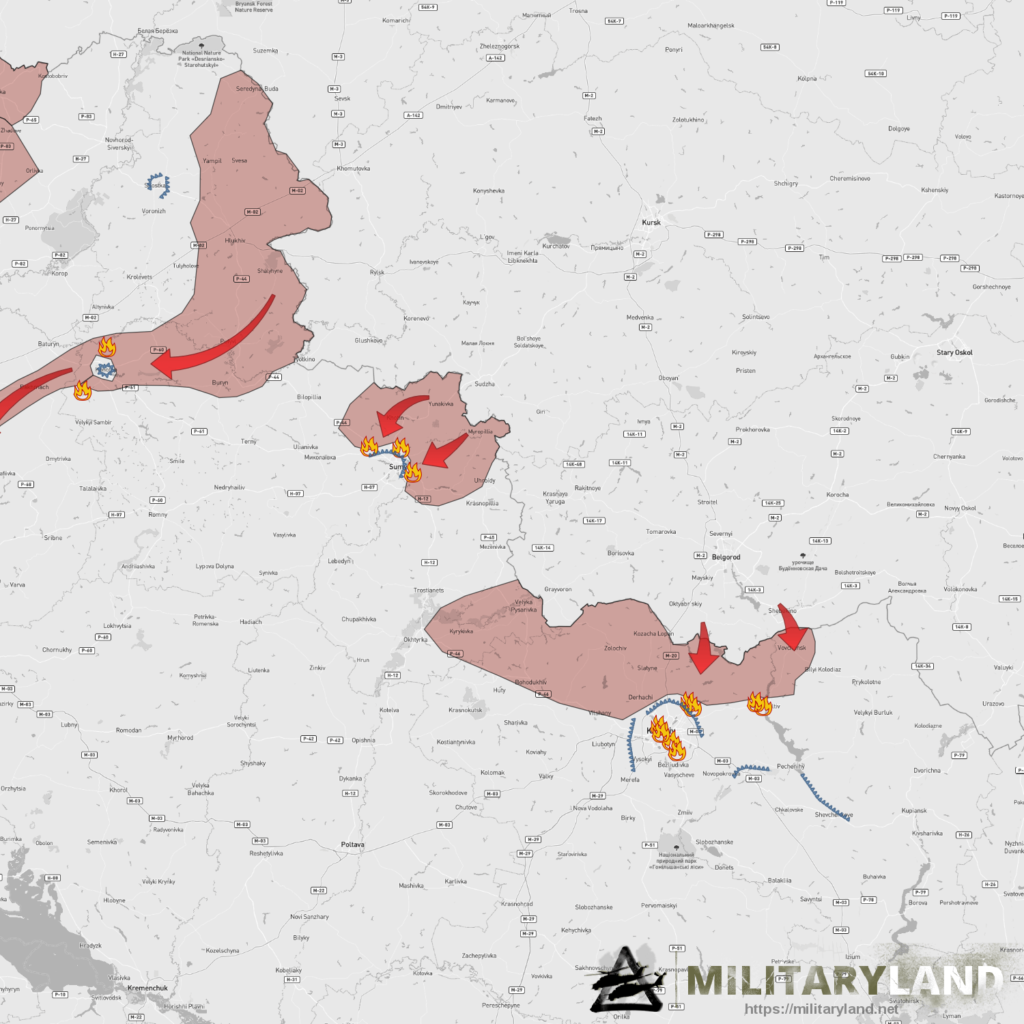 Ukrainian lines have held through the whole day. Sumy remains under Ukrainian control.

Heavy fighting was reported from Staryi Saltiv. Despite numerous assaults on Ukrainian positions, the line is holding and Kharkiv remains in Ukrainian hands. 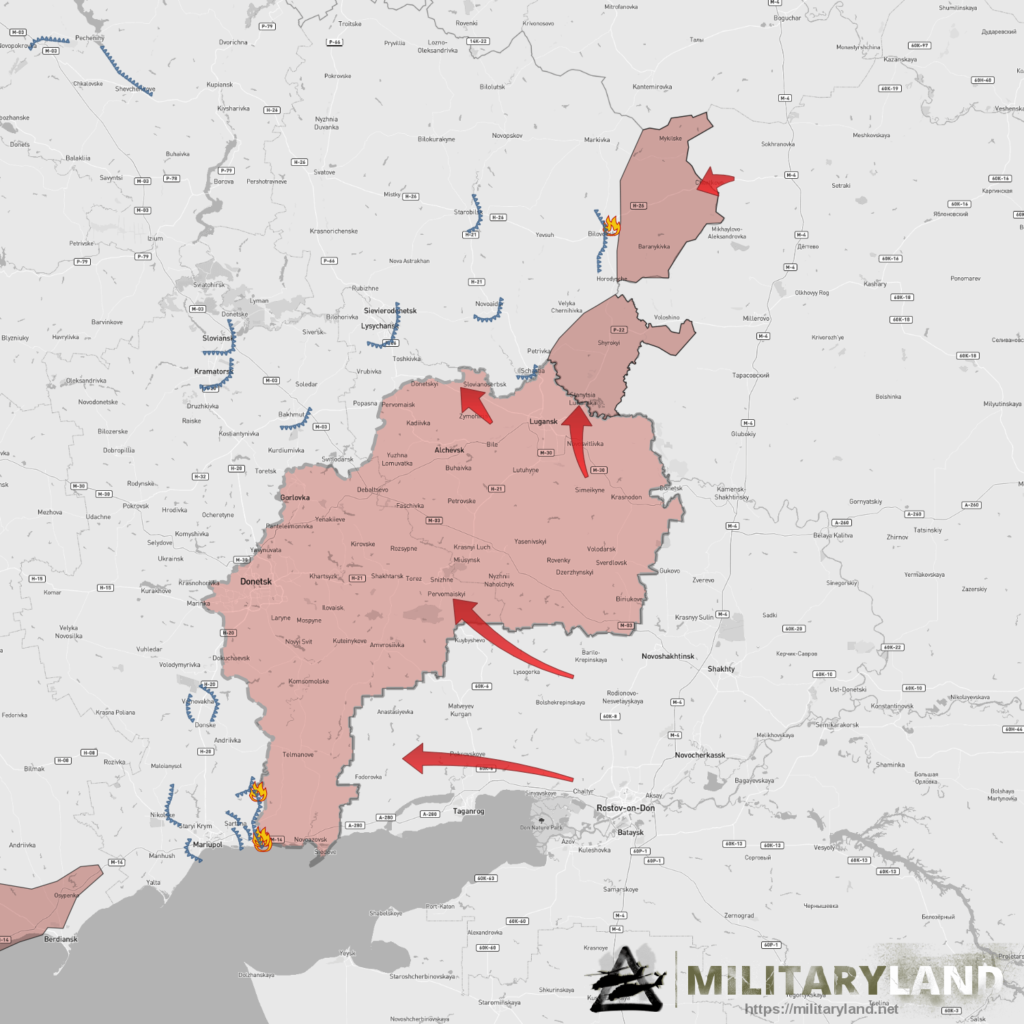 Ukrainian forces abandoned Stanytsia Luhanska in order to avoid encirclement and withdrew towards Novoaidar. Russian troops moved to the town and nearby area without a fight. It’s very highly that Russian troops will link up with the Russian elements in the north.

The enemy captured advanced positions of Ukrainian forces near Shyrokyne and Pavlopil. There are rumors that Russian forces advanced through Hranite and reached the outskirts of Volnovakha. This, however, is unconfirmed.

Russian tanks spearheaded towards Berdyansk from Melitpol. They bypassed the city and continued towards Mariupol and Chernihivka. Berdyansk authorities announced in the afternoon that Russian troops captured the nearby airport. The town itself remains in Ukrainian hands, although it’s unknown if there is any Ukrainian unit.