The summary of second day of Russian invasion to Ukraine.

The situation on the ground remains tense. Ukrainian forces repelled numerous Russian attacks, and all regional capitals remains in Ukrainian hands. The most critical situation is in the south and north, where Russian forces advanced deeper into Ukrainian territory. 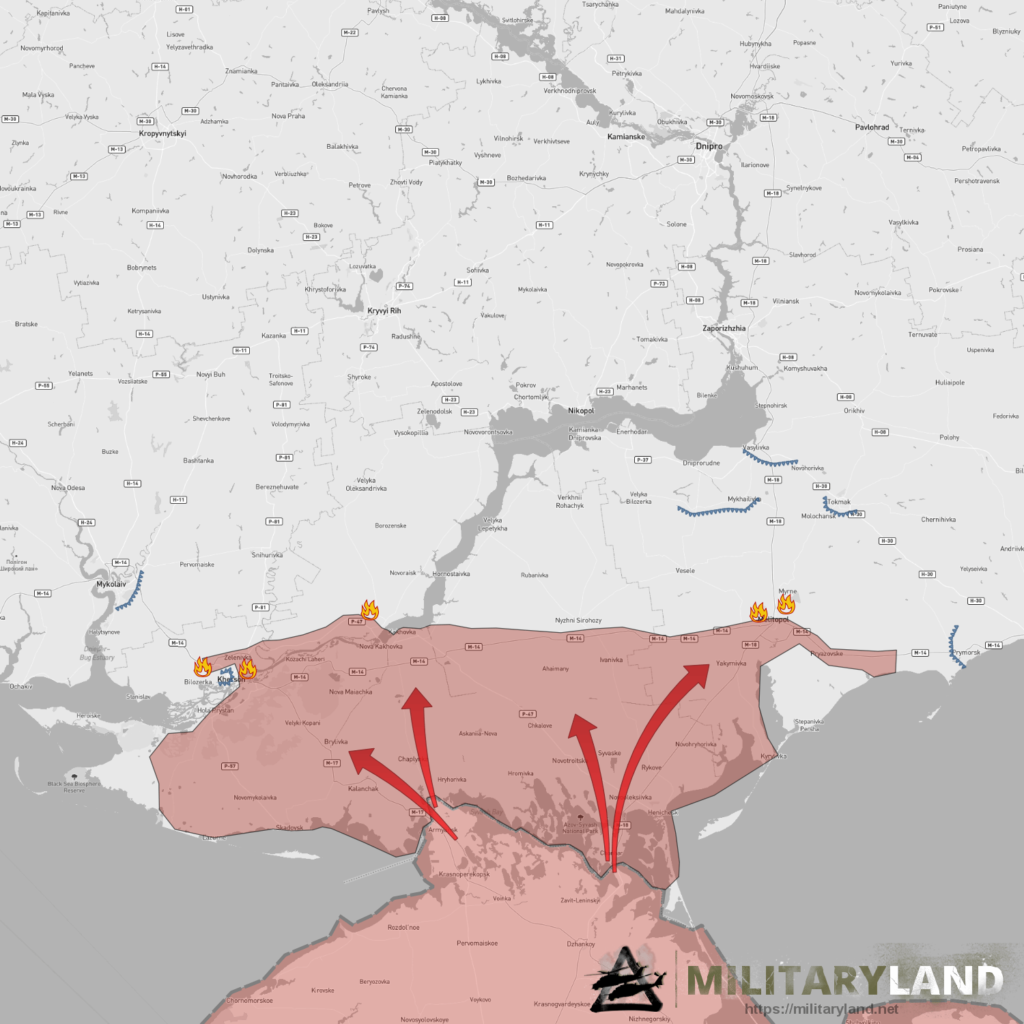 Ukrainian Forces recaptured Antonovskiy Bridge near Kharkiv during the night, but lost it during the afternoon. Russian troops have reached the outskirts of Kherson, but Ukrainian Forces still holds the city center. The situation is critical and if Ukrainian defenders won’t receive reinforcements, Kherson might fall the next day.

Some Russian elements bypassed Kherson and moved towards Mykolaiv. Ukrainian Forces reported a skirmish near the city, but the situation remains under control. Mykolaiv awaits night attack.

Russian Forces captured more than half of the city and have begun moving its troops towards Berdyansk. Ukrainian troops are counter-attacking towards Melitopol at the time of publishing this article. 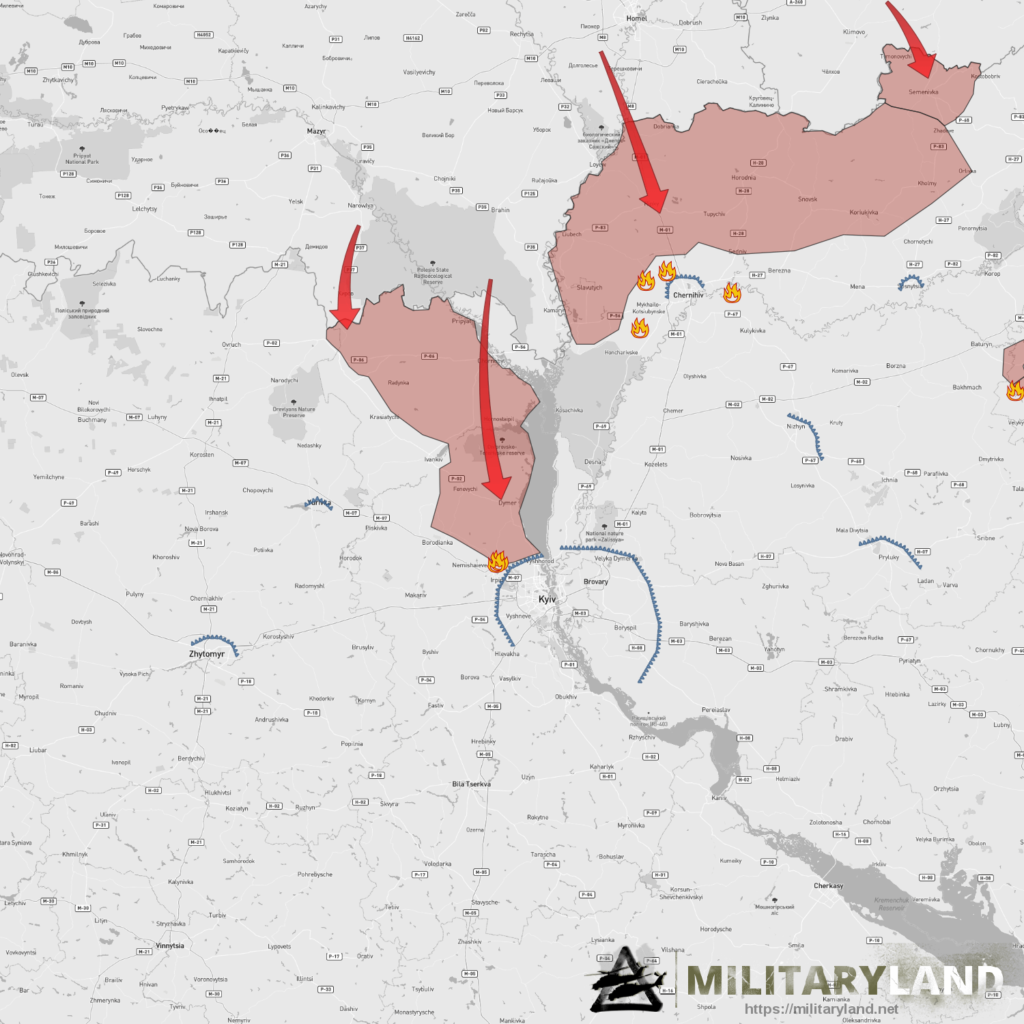 Russian Forces moved troops and vehicles through the Chernobyl area and attacked the first outskirts of Kyiv. Ukrainian Forces blow up several bridges to slow enemy advance. The big push is expected during the night. The situation is tense, but Ukrainian reinforcement are on the way and civilian resistance is being formed as well.

Ukrainian 1st Tank Brigade and attached troops continue to keep enemy forces out of the town. Despite numerous assaults during the day, Ukrainian lines are holding. 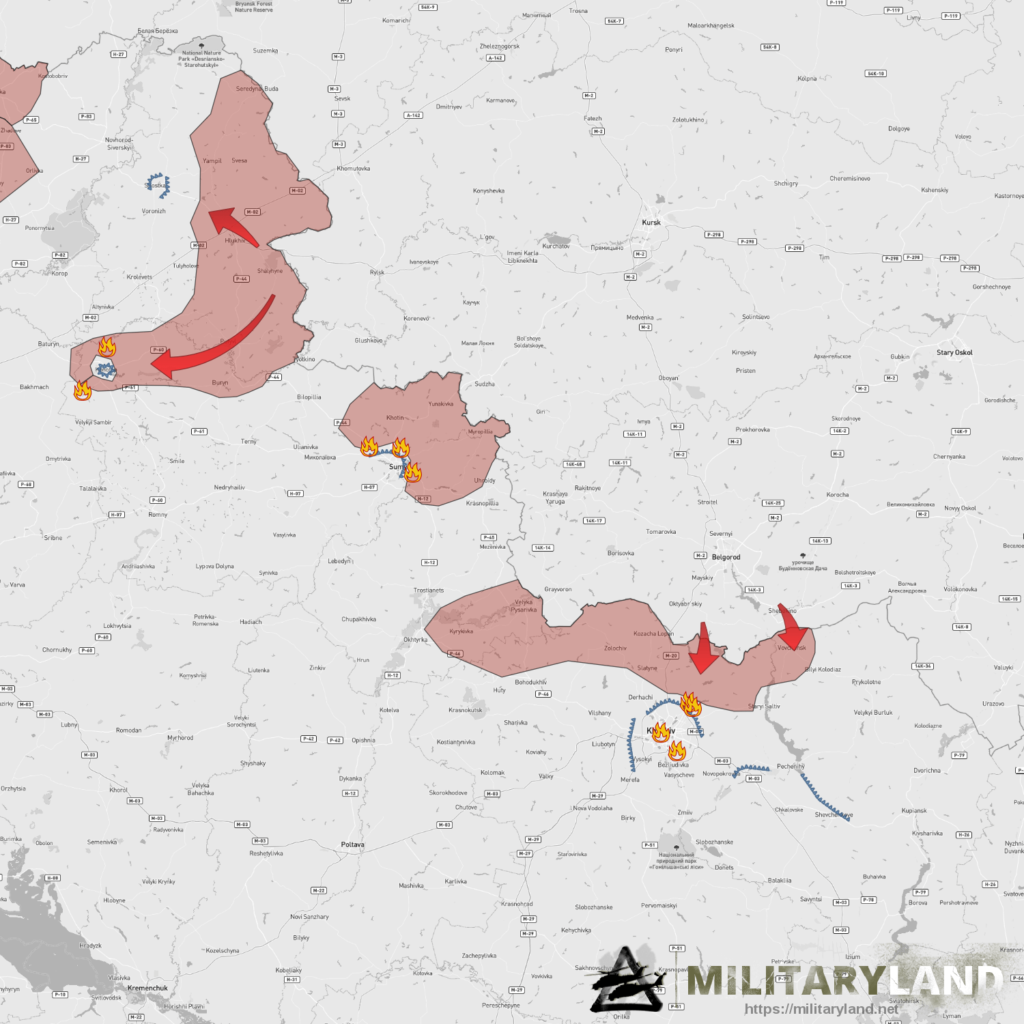 Russian troops advanced towards Konotop, the hometown of 58th Mechanized Brigade. It was originally reported the town was captured, but this information was later denied. Konotop is currently besieged and Ukrainian troops holding the center.

The night was crucial for Ukrainian forces. Russian Forces captured the northern outskirts and advanced into the city. The center was well defended by Ukrainian Territorial Defense unit and the line held. Ukrainian reinforcements arrived in the morning and despite many skirmishes during the day, Sumy remains under Ukrainian control.

Russian Forces have been unable to advance deeper into the city. Ukrainian Forces are holding the line firmly. 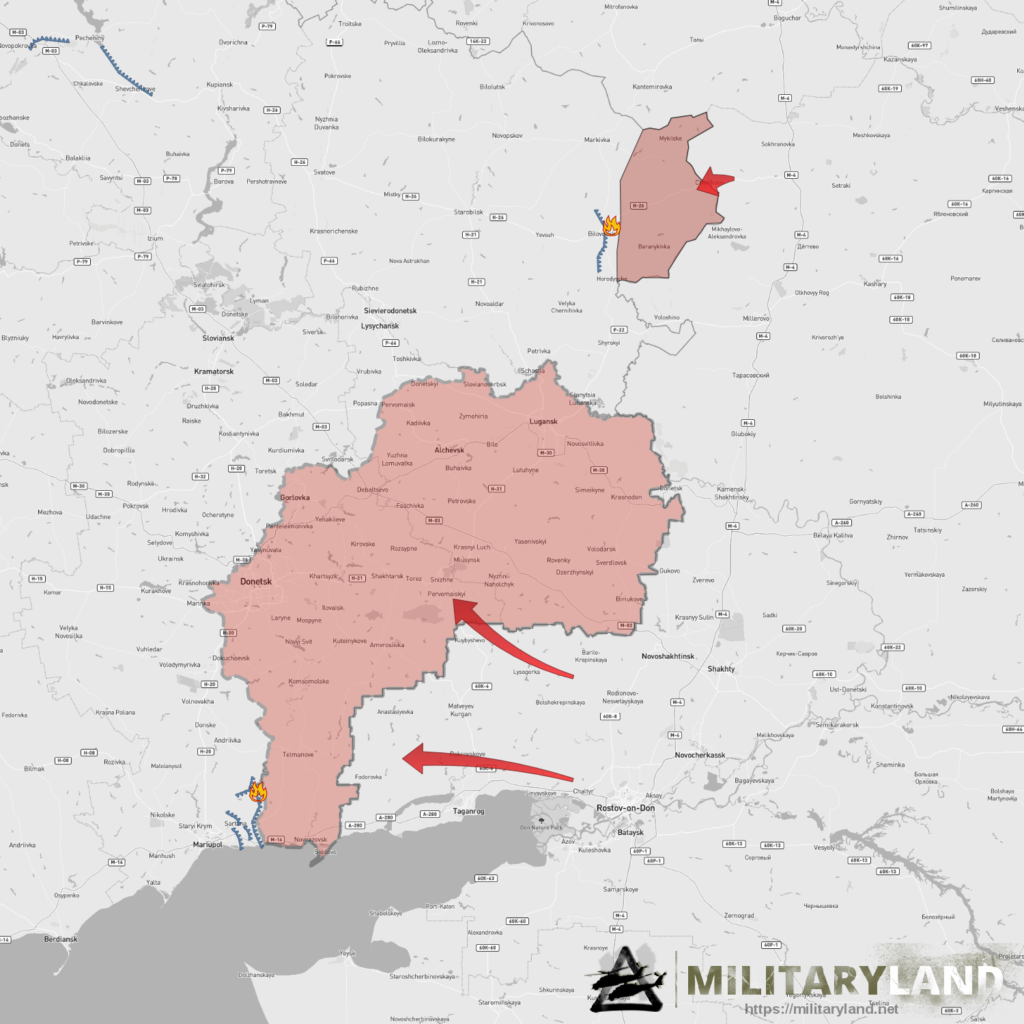 Russian troops tried to break through Bilovodsk towards Kharkiv. Ukrainian Forces conducted a counter-attack during the afternoon and recaptured several towns, including Bilovodsk. Situation remains stable.

Russian units attempted to seize Pavlopil near Mariupol. The counter-attack was repelled. Other than that, the situation remains under the control.

Ukrainian Forces repelled Russian landing attempt near Koblenovo. The outskirts are being sporadically shelled. Situation in the area is under control.