Russian troops have entered several settlements in the Siverskyi Donets area of operations, while Ukrainian Army is moving more and more troops and equipment into the area.

The situation on other frontlines remains without change. 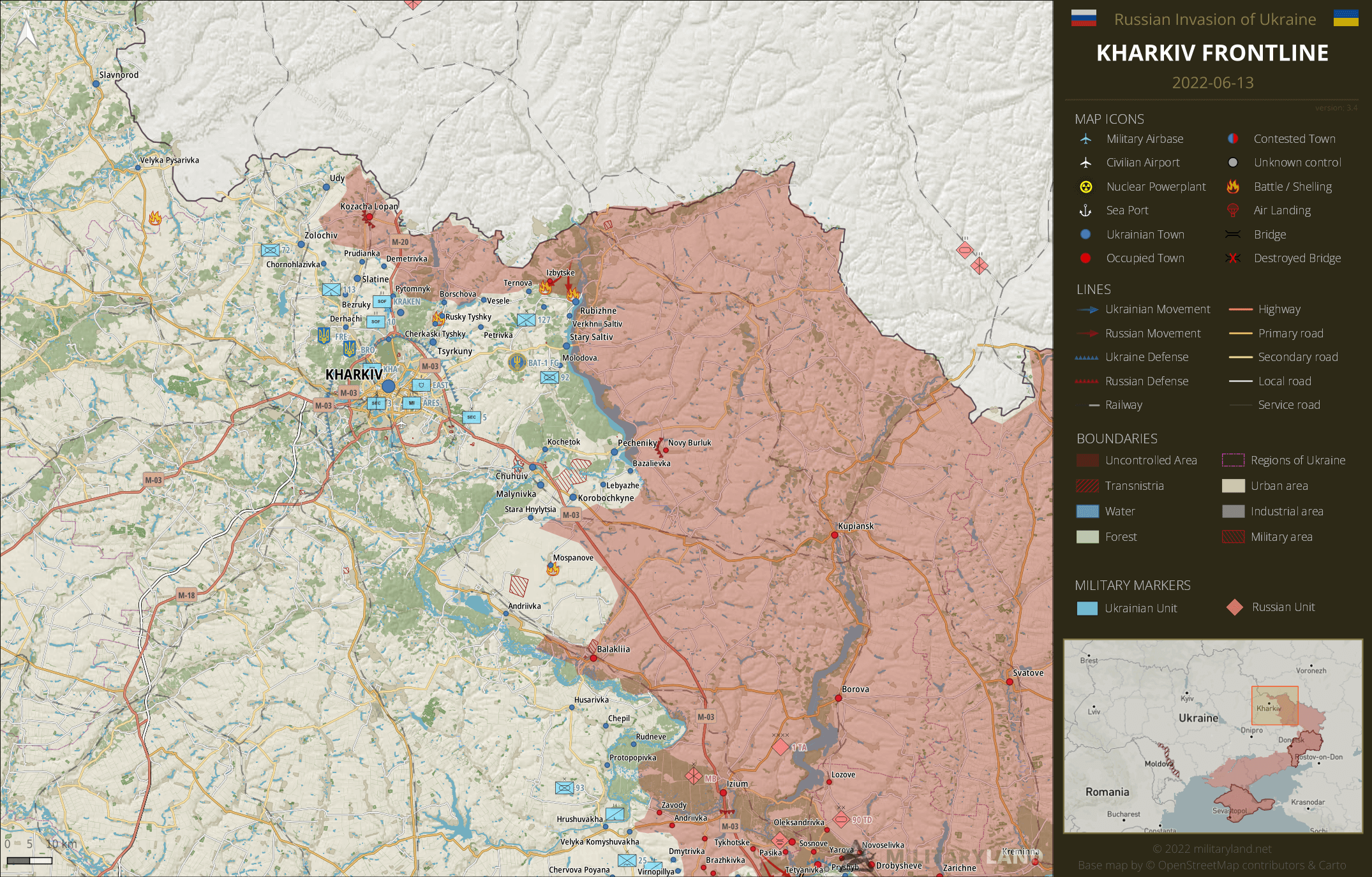 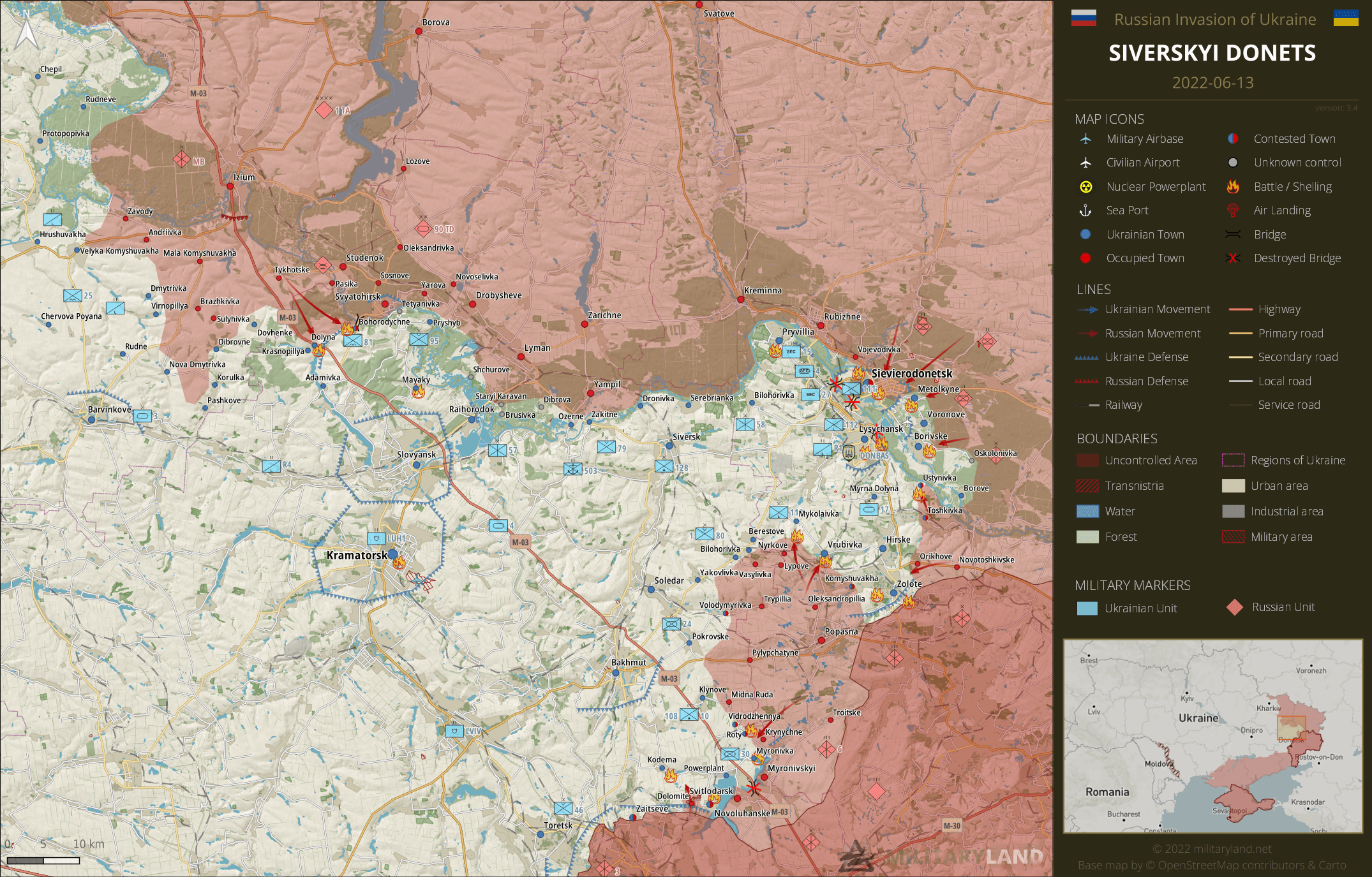 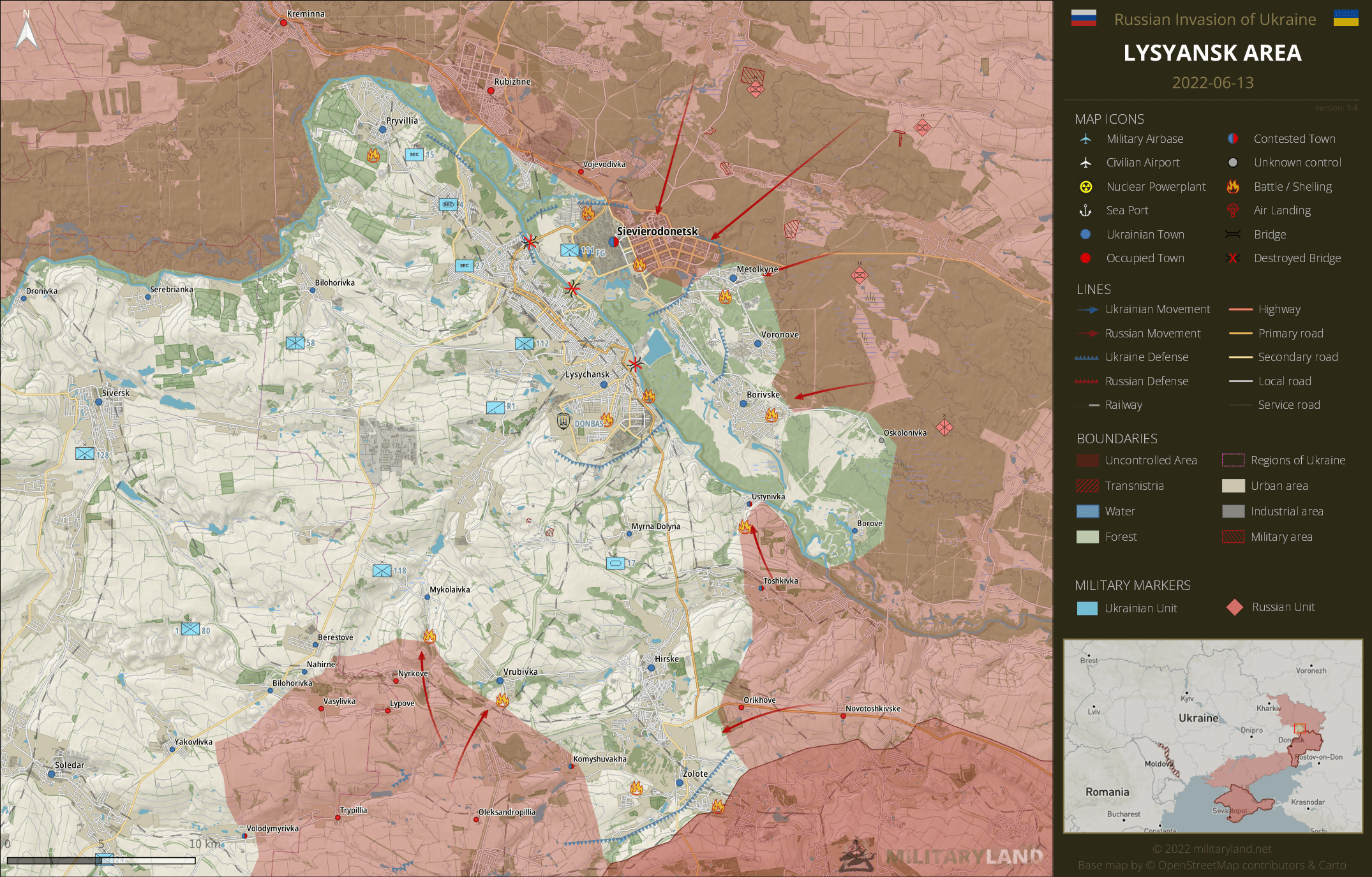 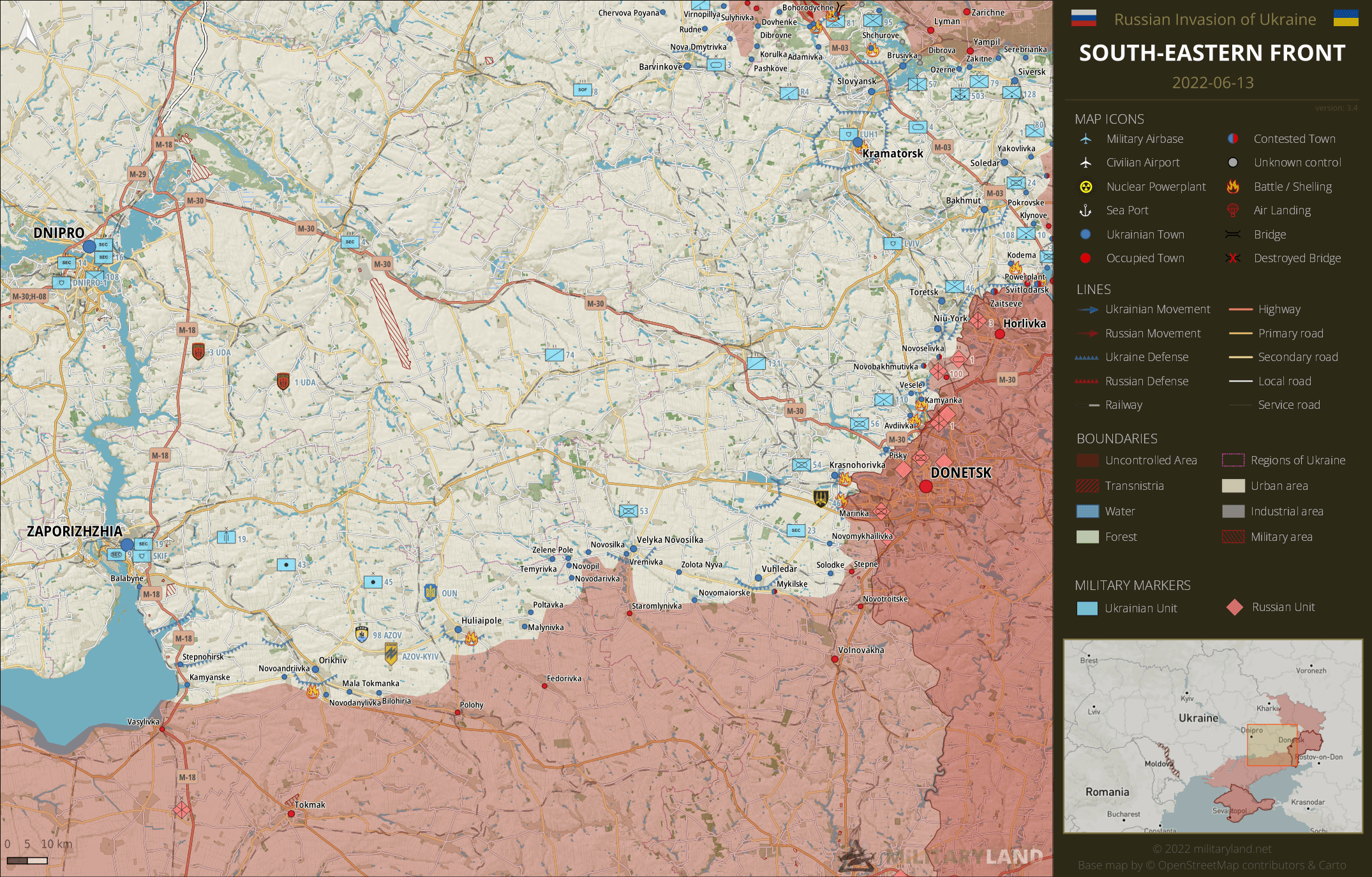 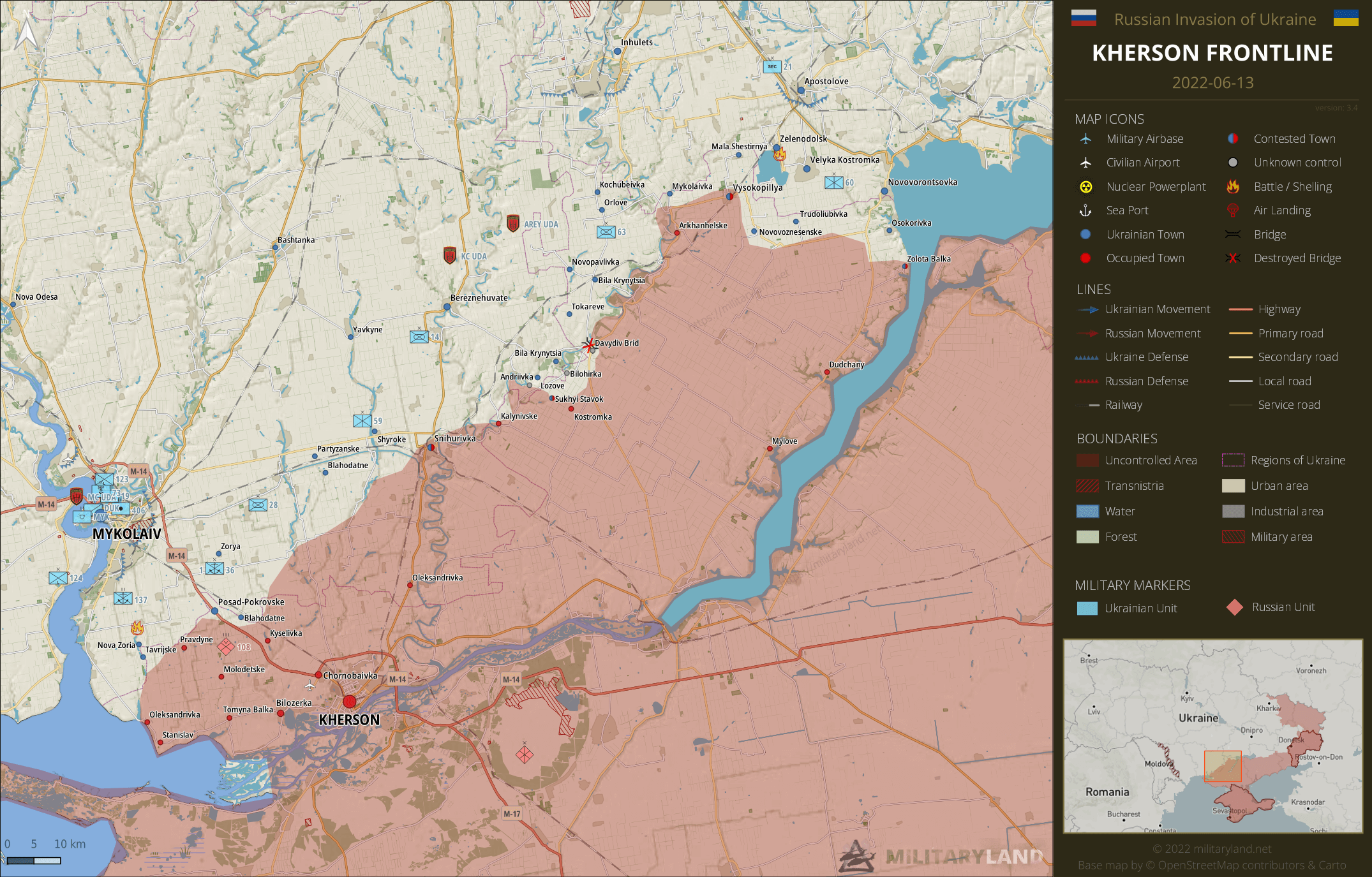 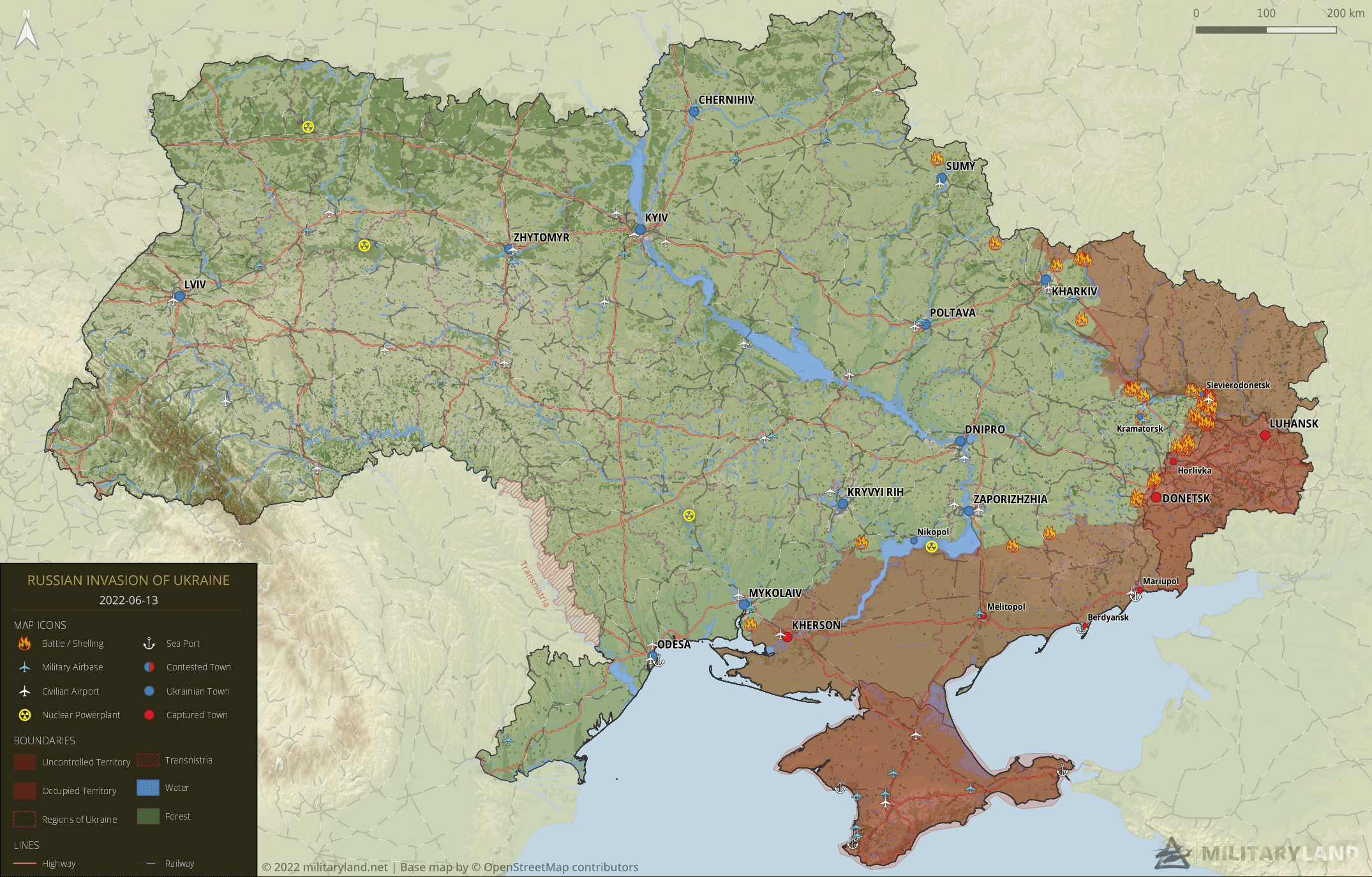 At 109 day of Putin’s war in Kherson’s telegram channels gets viral video, where ZSU soldier says that they at 10 km near Kherson. After that OIexei Arestovich on his live stream refutes that statement and says that ZSU at 15-18 km near Kherson.

All this need of official confirm.

ISW claim Zavody & Spivakivka, West of Izyum, were retaken by Ukraine. It will be interesting to see if that is confirmed later, as they do tend to be conservative regarding recording exchanges of territory.

Yes. If true, they can shell topolske. And make the use of T-21-22 very dangerous for russian.

Lots of positiv rumor (kherson, Kharkov, popsana), but nothing confirmed.

The Institute of War itself makes a note that only one Ukrainian journalist speaks about this, no one else could confirm it

Glory to Ukraine and the Ukrainian Heroes. Death to the invaders. Death to Putin. Hey President Biden, NOW would be a good time to support Ukraine with everything we have. Because tomorrow may be too late.

It sounds nice, but it seems that as Ukraine loses territory, its partners will stop betting on a losing war and focus on freezing the conflict and trying to improve the world economy in food and fuel. Prices keep going up.

Actually Ukraine controls more territory now than in March. And I believe there is no “back to business as usually” with russia,not with the mass graves of civilians that get discovered every few days. Any business that tries to reopen in russia will get branded instantly.

In April all pro-Ukrainian analysts said that the Russian exercise was on the verge of collapse and its economy was going to collapse, today the reality is different

Russia multiplies its oil sales in Asia, Europe buys more expensive oil than ever in Africa and the high price of cereals threatens an unprecedented food crisis in less favored countries

Then fk off back to ruzzia!

For people who dont know how to use them, they have good result with javelin.

Javelin are old system. With bad battery and bad cooling system. But against t72 they do the job.

You really call this war “excersise”?… And do you intentionally avoid ansewering? But I agree that today reality is different than in March/April – more sanctions on russia, more and more companies are closing shop there. Russia doesn’t “multiply” thair sales to Asia, cause there are no oil pipes from syberia to Asia, and their existing connection was almost 100% used even before the war, so thats pure bullshit.

meant “army” was a spell checker error. what Russia multiplies in sales is oil, especially to India and China. I don’t know what you mean by answer… if you mean mass graves, apart from bucha I don’t know about others, but that’s what wars are about, death and destruction and civilians are usually the ones who take the worst part . In the same way, if you have data on other graves of civilians, it… Read more »

Even if they could sell more oil, that doesn’t change the fact that they are cut off from modern technology. They won’t receive any parts for their mining equipment, their new cars won’t have airbags, or even abs…
They still have some momentum in their mining industry, but besides that, they are done.

China and india buy it at à low price. And its only the begining of progressiv embargo.

Sounds like you’re rooting for child murderers and rapists …

I have no sympathy for Russia, I know that Putin is a war criminal. but I don’t like neozanis with esvalticas tattooed on his body either. On the other hand, what about
those two regions that do not have to belong to Ukraine? and carry on
conflict since 2014