Azov Regiment announced last week it sending its force to the frontline. Today, we know the place and which units are deployed.

Azov Regiment, alongside 30th Mechanized Brigade, is deployed to Svitlodarsk Bulge and its surroundings. They replaced the 72nd Mechanized Brigade, which was stationed in the area since summer 2018. Azov leadership decided to send its first battalion, composed of three companies. They will most likely serve in the area for three or four months and then they will be replaced by the 2nd battalion. 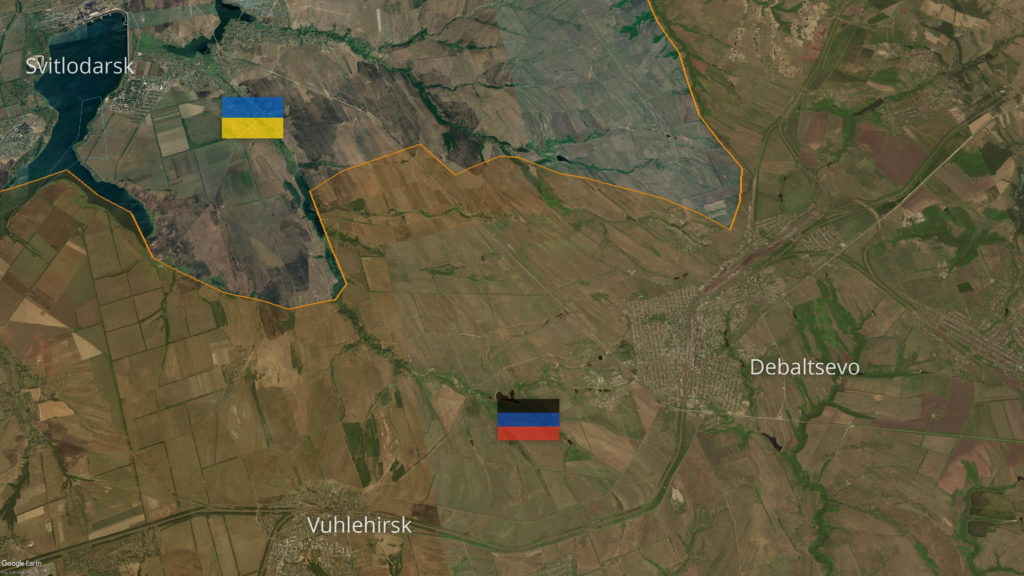 Svidlodarsk Bulge is located roughly ten kilometers north of Debaltsevo, which was captured by separatists supported by Russian forces in 2015. The area saw heavy fighting in December 2016 and was described as the bloodiest battle in 5 months. A ceasefire ended the fighting and the front remains static since.

According to available information, some units still remain in Mariupol to protect it from possible attack from the sea. It’s unclear how large these units are but they should be rather small as Azov’s primary objective lays currently somewhere else.