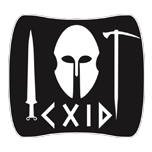 East company (Рота СХІД), previously known as Eastern Corps, is a volunteer police company in the structure of Ministry of Internal Affairs in Kharkiv Region. The company is a sister unit of Azov Regiment, headed by a former chief of Azov’s military intelligence. The founder of Eastern Corps, Oleg Shiryaev, was banished from the unit due to different political views. The company was later renamed in order to not be confused with public organization Eastern Corps, which was headed by Shiryaev as well. 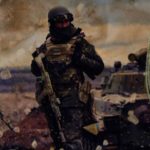 East company’s and Lavender company’s pages have been added to our site. The pages contain the unit’s structure, equipment, uniforms, and warpath.

The structure of the company is unknown. 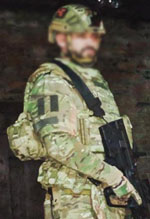 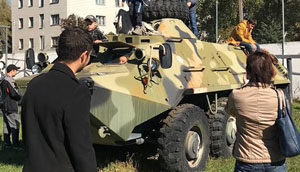