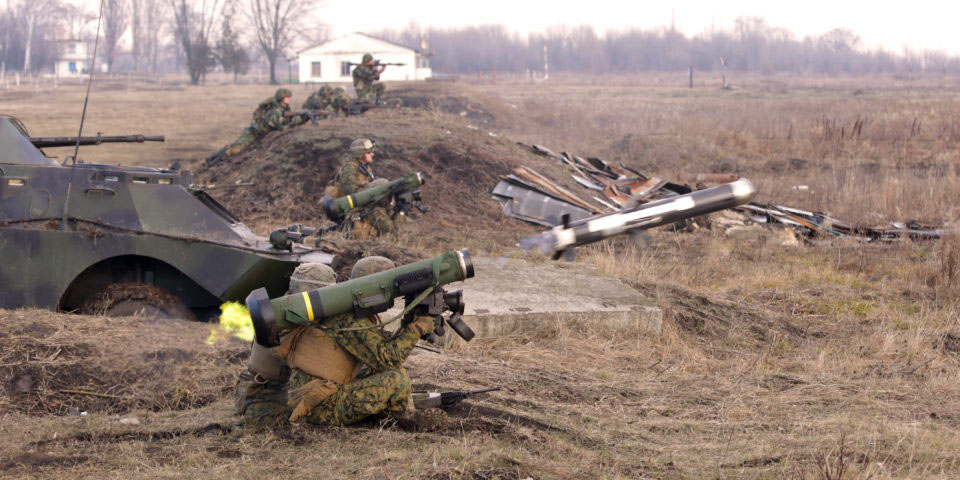 Ukraine has been asking the US for lethal support since the begging of the conflict with Russia in 2014. However, US provided only non-lethal support until the last week. US approved the sale of 210 anti-tank Javelin missiles along with 37 launch units to Ukraine for $47 millions. The training of Ukrainian soldiers has already begun. The weapons will probably be delivered to Ukraine around April, according to several US officials. Which Ukrainian unit will receive the weapons is currently unknown but our bets are on 95th Airborne brigade. The unit received several T-80BVs last year and is considered as best fighting force in Ukrainian Armed Forces.

Those weapons have been designated for units far back from the frontline to ensure that Ukraine doesn’t use them for an offensive and they aren’t captured by enemy. It wouldn’t be first time and US is well aware of this issue. Back in 2015, Ukrainian army left behind US delivered short-range radar. Ukraine ensured US that the unit destroyed important parts but for Russian side, it was psychological gold mine more than anything. The weapons will be stored at training centers. American soldiers will regularly check and count them while training Ukrainian units. In the end, it’s more a political push than an attempt to help Ukraine to restore control of its borders.