Ukraine and separatist forces agreed to withdraw equipment and manpower from a bridge near Stanytsia Luhanska. What’s the situation a week after?

As we reported a week ago, Ukraine and separatist forces reached a deal to withdraw weapons and personnel from a bridge near Stanytsia Luhanska. Both sides agreed to withdraw one kilometre from the frontline and create an area under the control of OSCE observers. 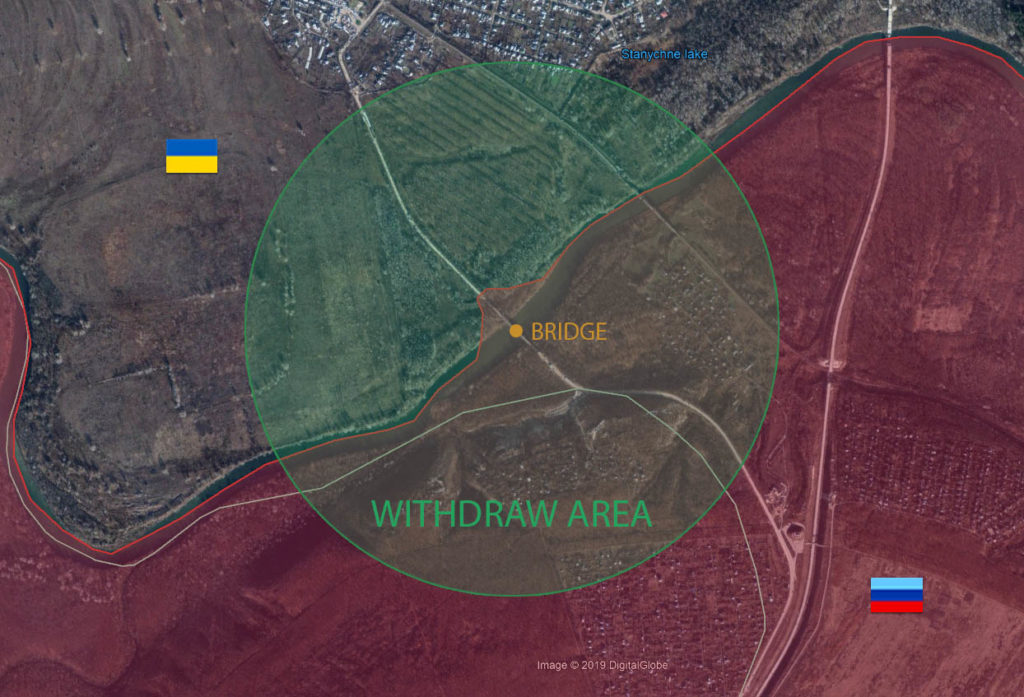 Ukraine withdrew its forces from the area on June 26 and has begun dismantling their fortified positions near the bridge a few days later. They also sent an engineering team to search for unexploded ammunition to make the passage for civilians as safe as possible.

Separatist forces withdrew its personnel on June 27 and sent their engineering group to clear their side of the set area but nothing else has been done yet. The fortification on the bridge remains untouched and OSCE delegation spotted at least five men in military uniforms, wearing blue JCCC helmets and armbands stationed on the bridge. They were also recorded by Ukrainian TVs covering the event and based on provided footage, they had Russian uniforms.

The Joint Centre for Control and Co-ordination (JCCC) was established in September 2014 by Ukraine and the Russian Federation to monitor the conflict. In December 2017, the Russian delegation withdrew from JCCC and left Ukraine territory.

On July 7, Volodymyr Zelenskiy (President of Ukraine), together with Donald Tusk (President of the European Council) inspected Ukrainian positions and the pedestrian bridge near Stanytsia Luhanska. Zelenskiy stated that Ukraine is ready to rebuild the bridge and money has been already allocated for it. The only problem is the separatist fortification on the bridge, which blocks possible repair works.