After a few days, we look into events of Kerch Strait Standoff. We summarized the aftermath of the conflict between Ukrainian and Russian vessels as well as described several not well know facts. 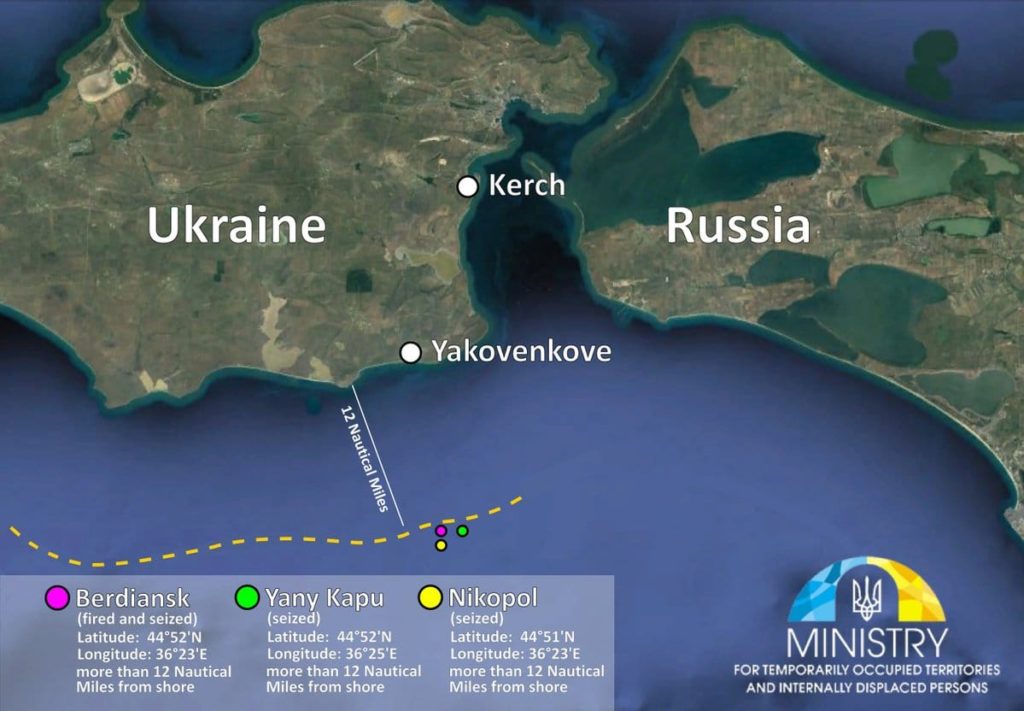 Attack from the air

Both sides confirmed that Russian helicopter Ka-52 opened fire on Ukrainian vessel Nikopol when it tried to escape the area. Other two vessels were neutralized by vessels of Russian Coast Guards.

Not three but four Ukrainian ships left the Odesa port. Project 1849, callsign Horlivka, accompanied the vessels until they reached Kerch Strait. At ~04:00, a refueling of both Gyurza-M vessels was carried out and Horlivka turned around back to Odesa. In that time, Ukrainian vessels were already followed by the Russian Coast Guard. There is no report of the lose of Horlivka thus it is safe to assume the vessel reached Odesa according to plan.