Donetsk Front is slowly heating up as Russian troops tried to advance in the area of Vuhledar and near Avdiivka. Intense fighting is reported from the Siverskyi Donetsk front, but Russians are unable to advance and also maintain the newly gained positions. 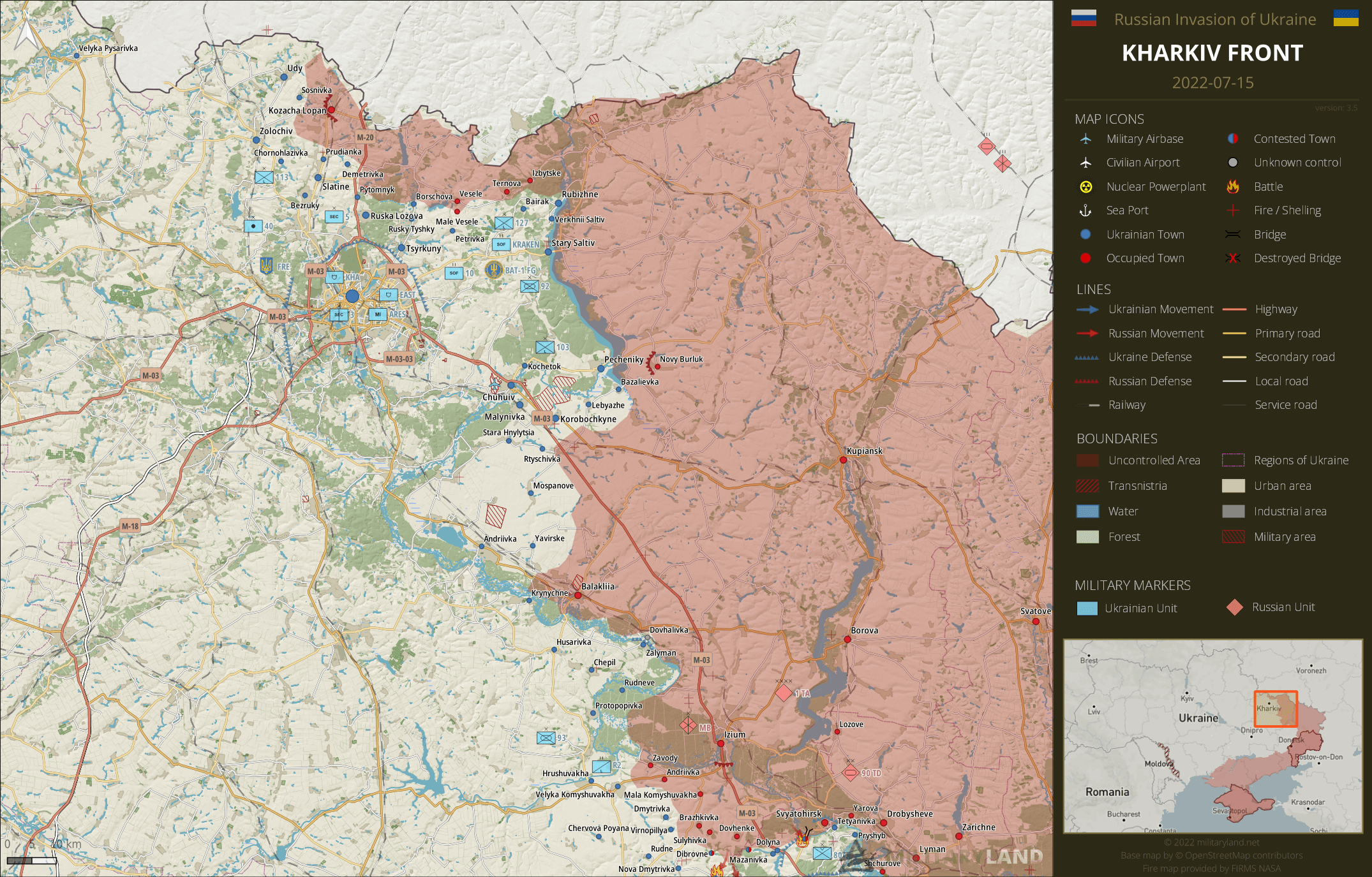 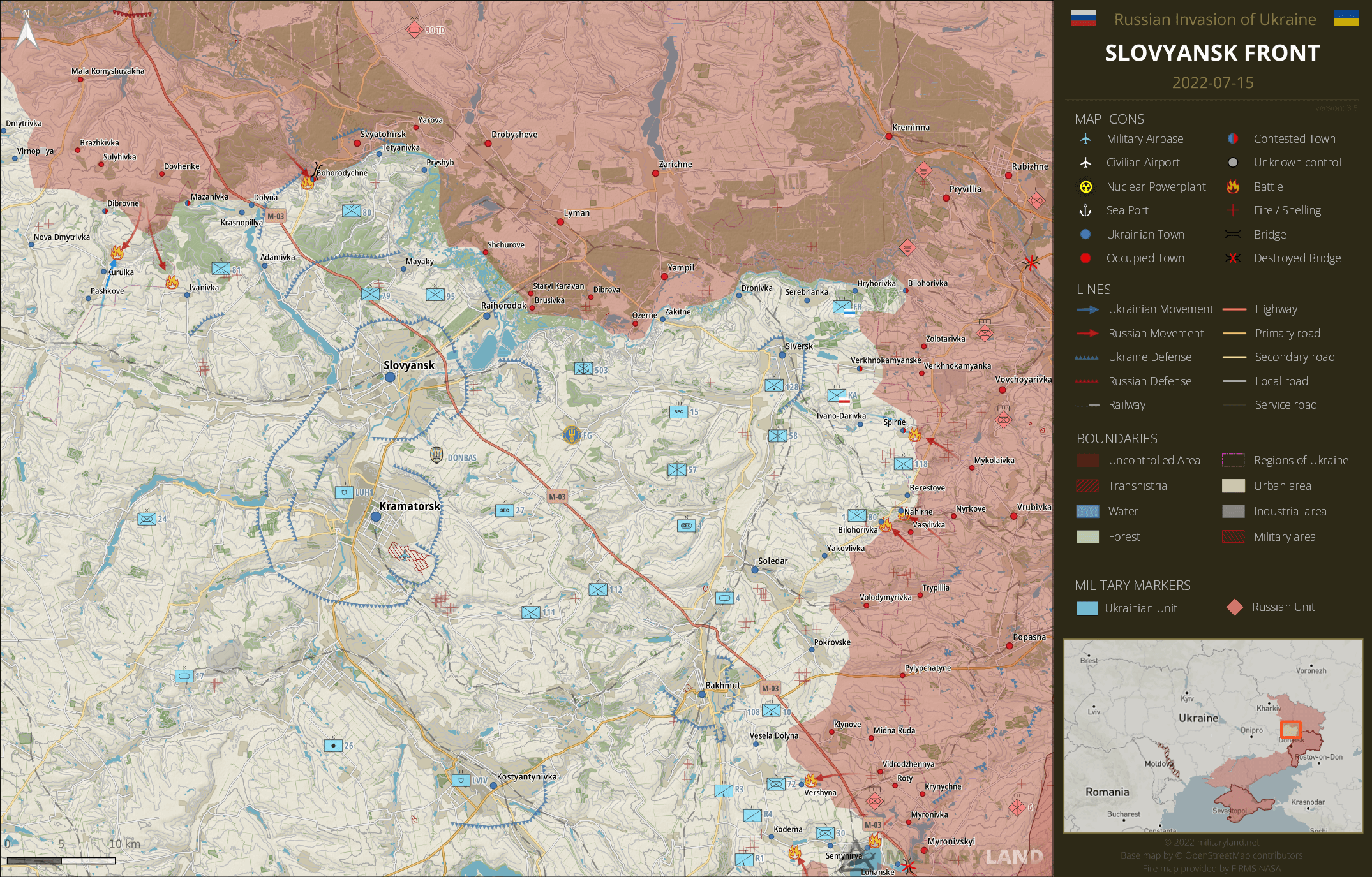 Note: Upon further investigation and reports by Ukrainian General Staff, it seems likely that Russian forces has advanced towards Kurulka through the forest area between Dibrovne and Mazanivka, not through the fields near Dibrovne. 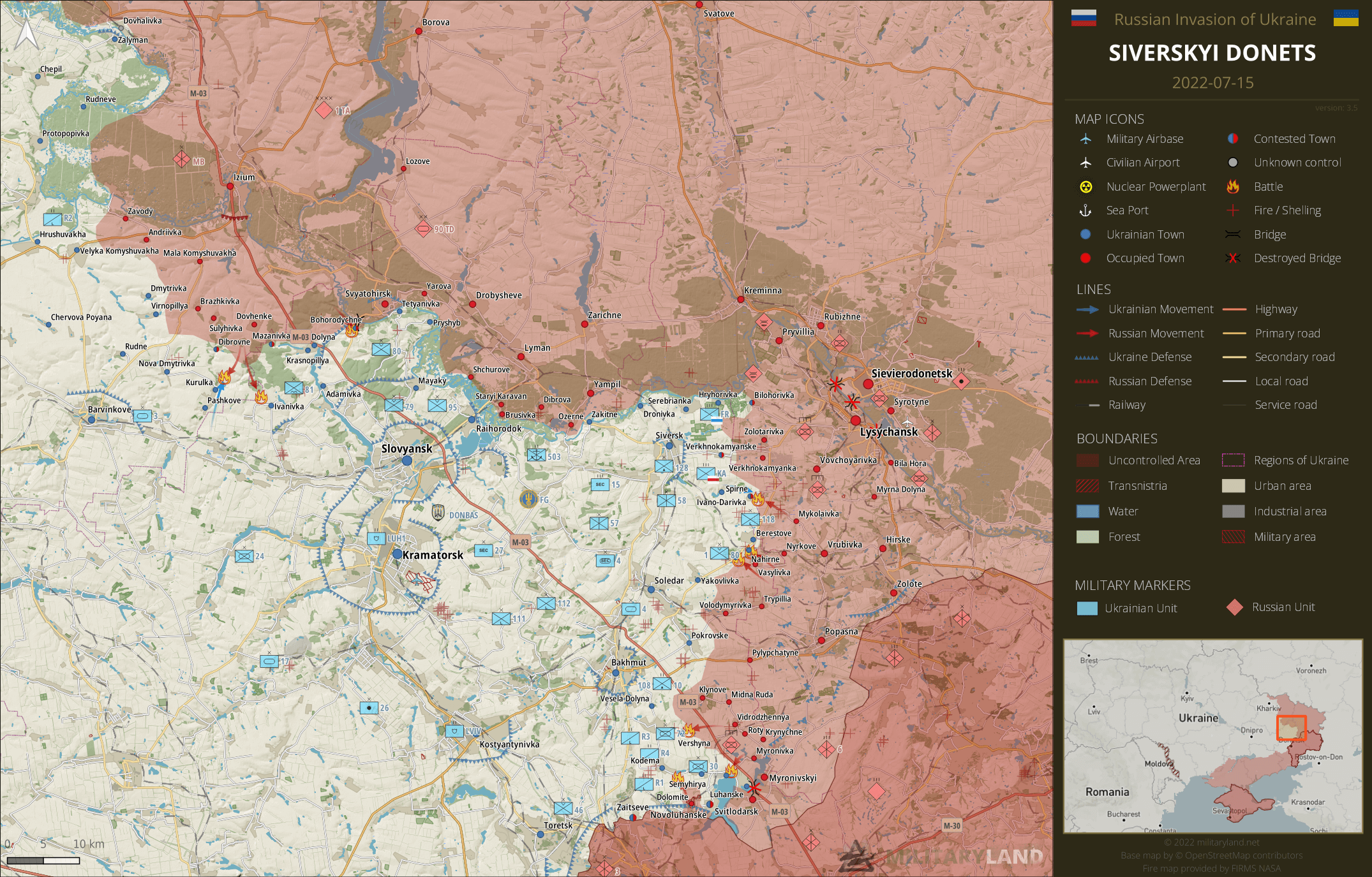 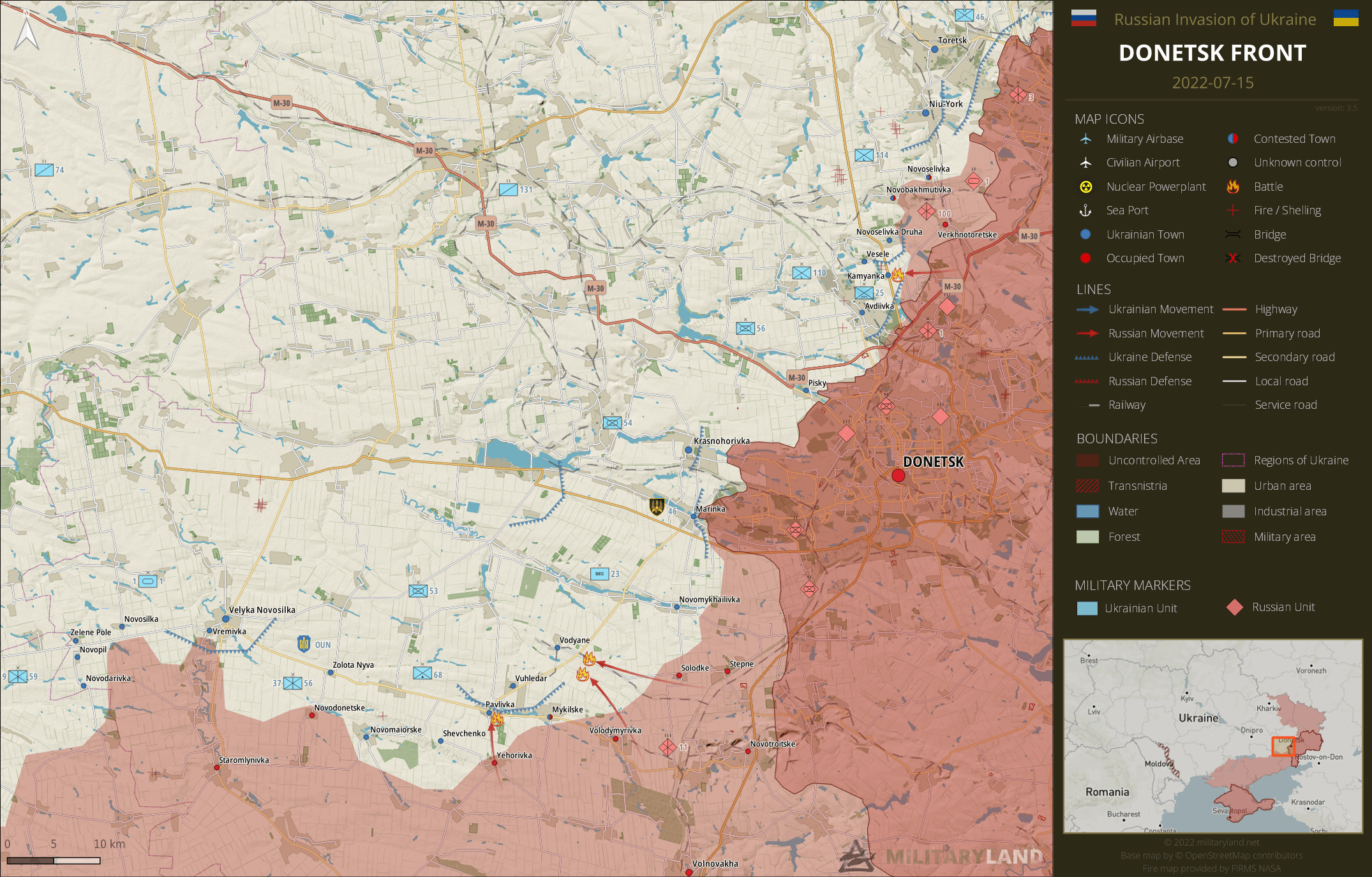 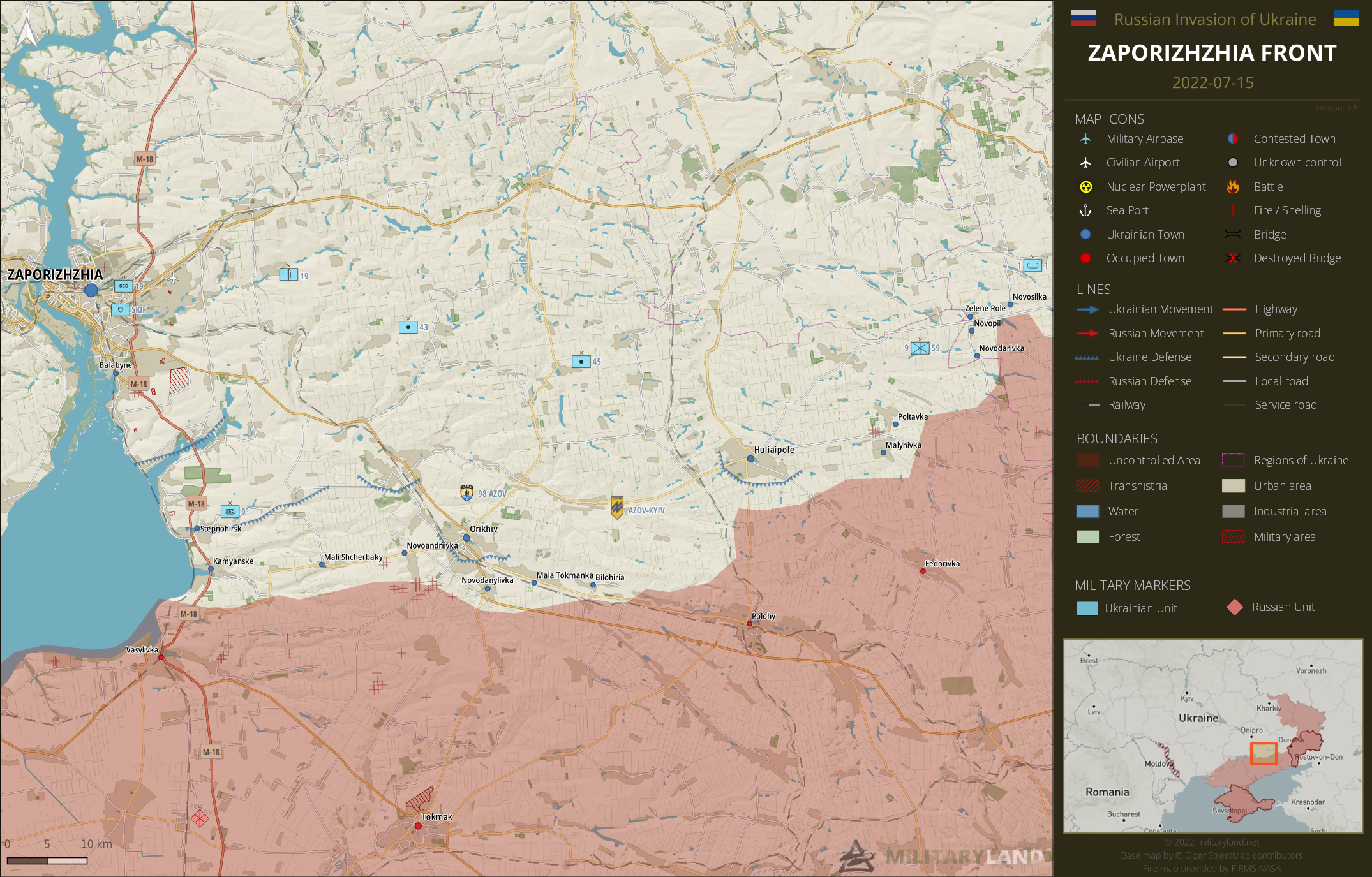 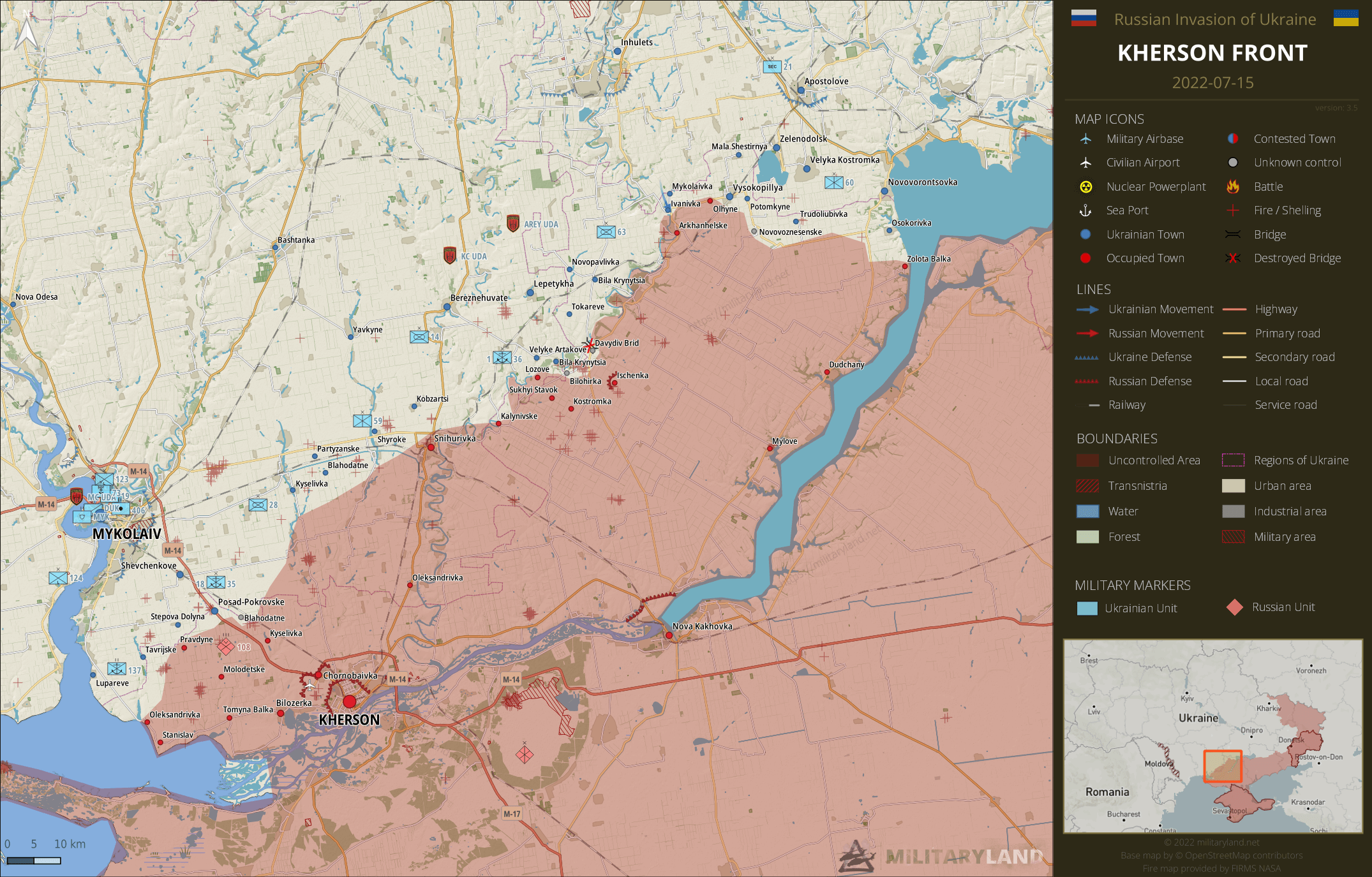 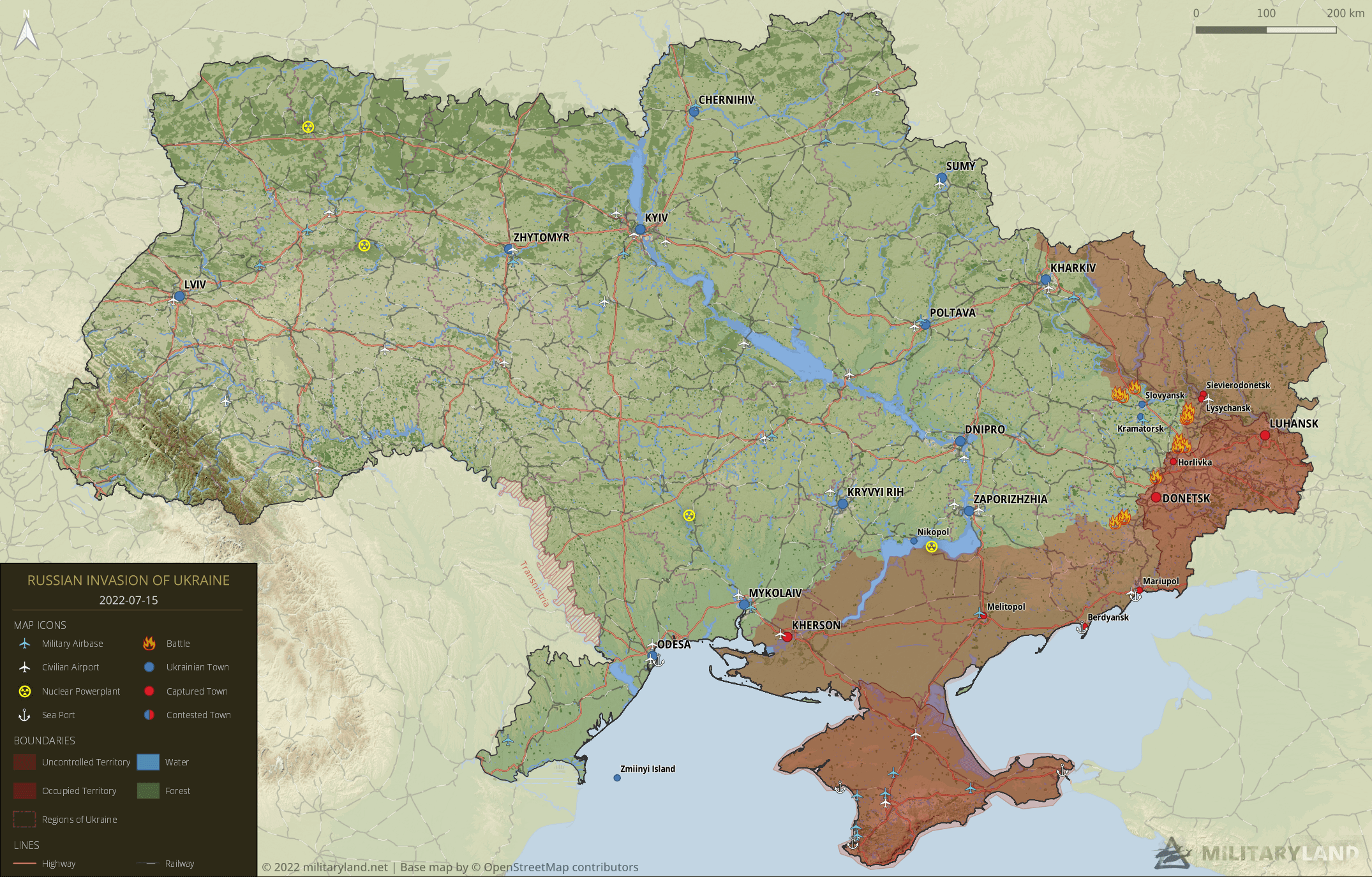 ISW mentions UA reports of RU aerial reconnaissance near Prymorske on July 14 &15, “likely indicating that they [RU] have not retained control over some settlements on the eastern side of the Pechenihy Reservoir.”

FIRMS indicates strong decrease of fires/shelling along the Kryvyj Rih frontline (Arhanhelske-Osohorivka). Might have to do with destruction of the Nova Kakhovka depot. Also, FIRMS yesterday showed two fires directly N. of Mylove on the main road to Osohorivka. That frontline is worth watching IMO.

Several credible observers (ISW, DefMon) have Yehorivka, S of Vuhledar, back under UA control since July 14. I suggest you should at least mark it as contested.

UA General Staff recently reported a Russian attack from a direction of Yehorivka towards Pavlivka. That’s why it’s marked as RU-controlled.

It is funny that word spirne in ukrainian means disputable

The Ukrainian command reported today that the Russians were shelling Oleksandrivka (Kherson province). If true, the settlement should not be marked as under Russian control.

Joint Staff of Ukraine uses wording in the area, which complicates interpretation.
But in general, you are right, my friend is fighting in Oleksandrovka now in 28th mech brigade and it is definitely not under the control of the rus.

Which Oleksandrovka? There are a few…

Thanks for the link.